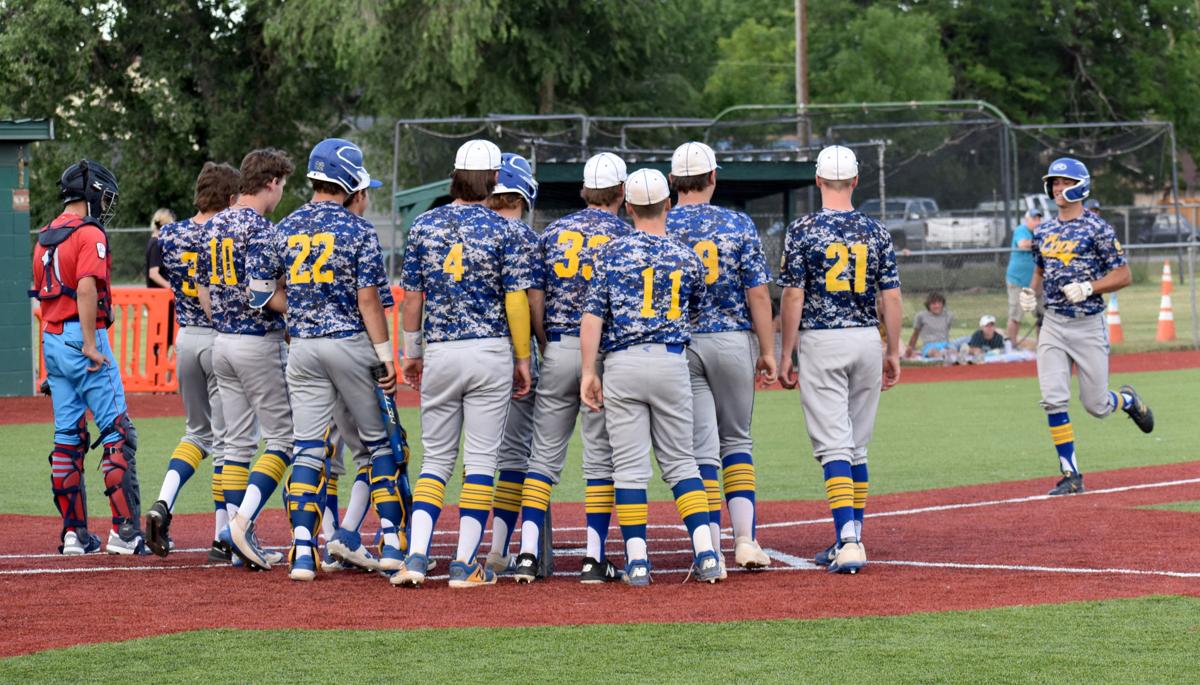 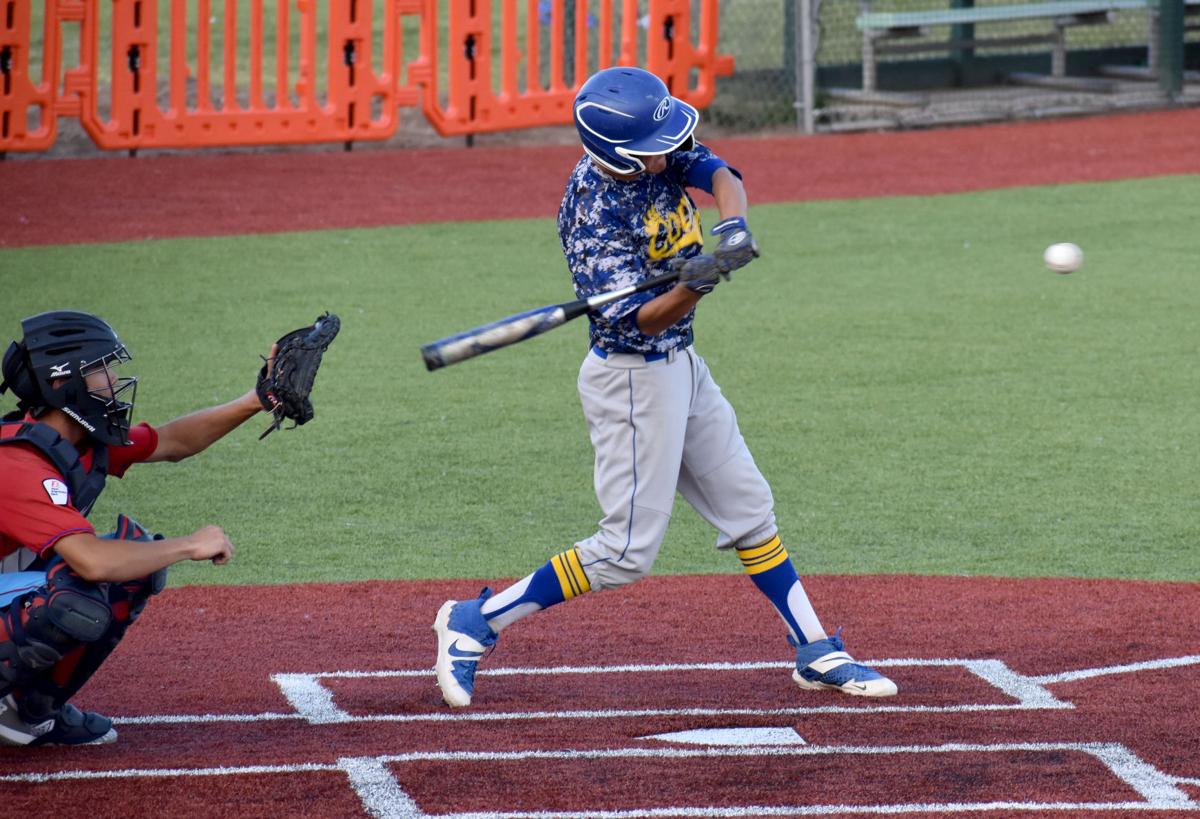 Ethan Johnston gets a hit against Sheridan.

Ethan Johnston gets a hit against Sheridan.

The Cody Legion baseball team split with AA Sheridan on the road Thursday in its final games before the short holiday break. The Cubs are now 18-13 overall.

“We had a little hiccup in one inning in the first game but otherwise we played two very complete games,” coach Bart Grenz said.

A late comeback fell short for the Cubs in the first game.

In the seventh inning, Cody had runners on second and third with one out after a single by Hayden Bronnenberg and double by Ethan Johnston. One run scored on a single by Jared Grenz and another on a fielder’s choice. After a walk, the Cubs had the go-ahead run on first but wouldn’t score again.

“We started the first game off scoring a couple runs then we slowed down but in the sixth and seventh we started picking it back up,” Dominic Phillips said. “It just wasn’t enough to win.”

Cody took the lead in the first after a single by Jared Grenz and home run by Tristan Blatt to center.

Sheridan scored one in the first and four in the second.

“Offensively we struggled early to string hits together but we stayed at it and were able to score some runs,” Engdahl said.

“Devyn pitched a great game,” Grenz said. “It was his best outing of the year and it’s too bad we couldn’t score a couple more runs.

“Logan did a nice job pitching to contact and the defense made the plays behind him.”

The second game was a reverse of the first, with Sheridan scoring three in the final two innings but Cody holding on for the win.

“They remained composed during that run and didn’t panic,” coach Grenz said.

The Troopers had the tying run on second, but pitcher Tristan Blatt completed a pick-off play for the final out.

“It felt good to get a win against them,” Engdahl said. “To beat a AA team should boost our confidence.”

Cody took a 2-0 lead in the first on a double by Jared Grenz, walk by Blatt and double by Tyler Grenz.

A solo homer to center by Blatt in the third made it 3-0 and the Cubs’ final run came in the fourth on singles by Phillips, Johnston and Jared Grenz and a fielder’s choice.

“It felt good to win after losing the first game,” Phillips said. “It helps a lot because that’s one of the better teams we’ll play this year and some of the best pitching we’ll see, and it gives us confidence to do well in state and the rest of the season.”

Phillips earned the win, giving up one run on two hits through 6 innings.

“The defense played a great game behind me, they didn’t allow any errors,” he said.