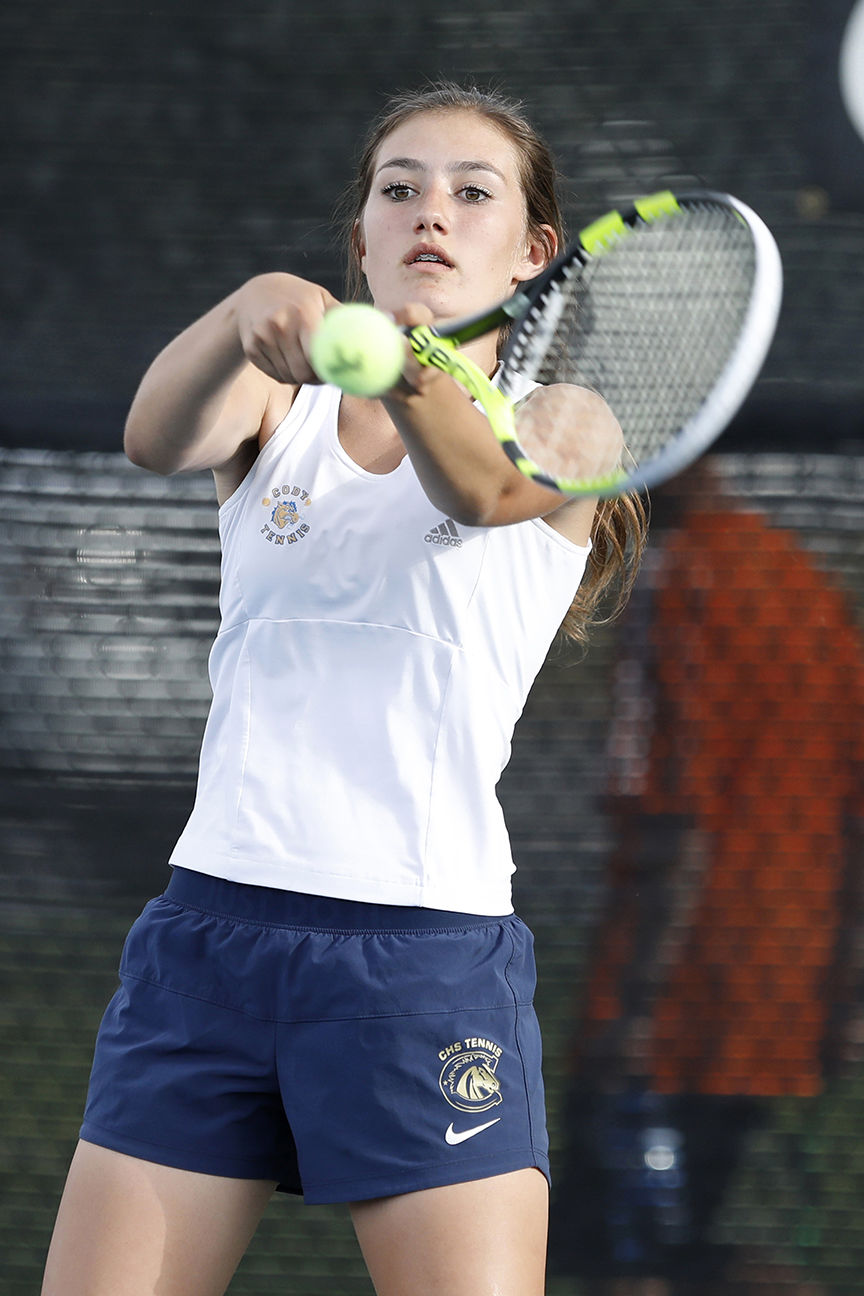 Teagan Thompson won her No. 2 singles match on Thursday against Powell. 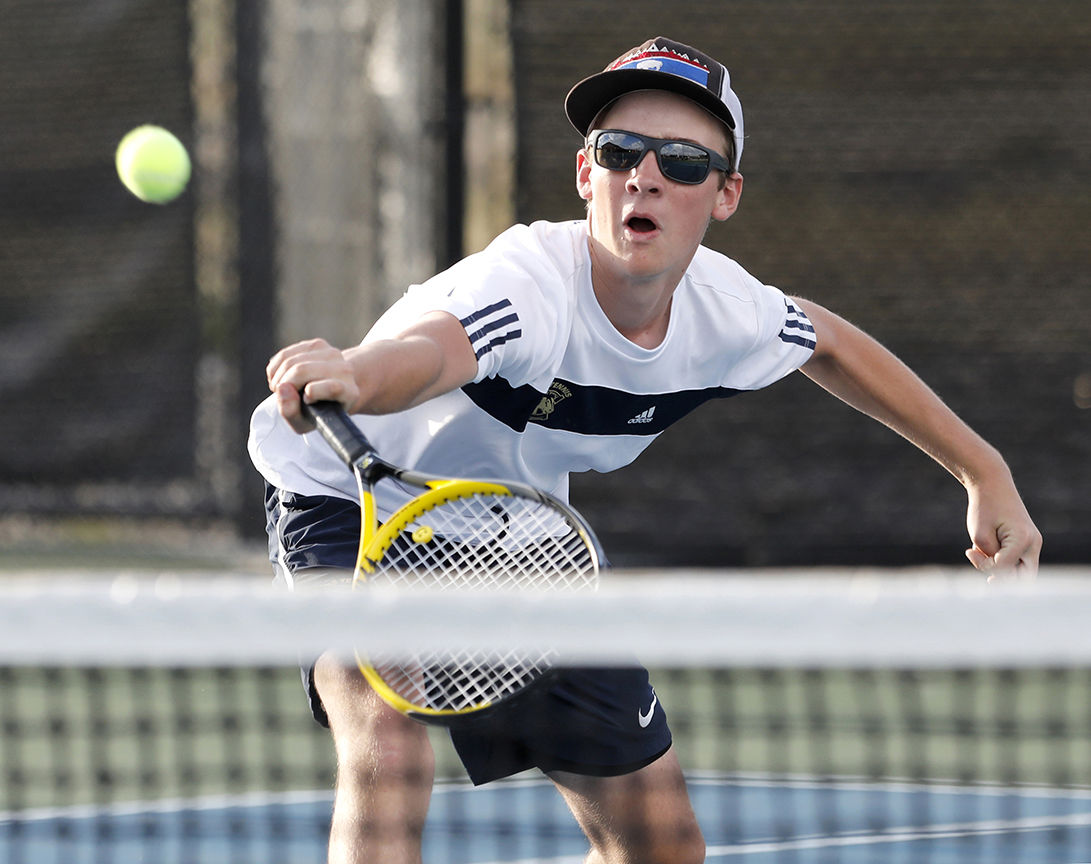 Neil Markert returns a volley in No. 2 doubles on Thursday against Powell.

Teagan Thompson won her No. 2 singles match on Thursday against Powell.

Neil Markert returns a volley in No. 2 doubles on Thursday against Powell.

The Fillies are rolling, and the Broncs are bouncing back.

The Cody tennis teams came away from Riverton with a pair of sweeps against Riverton and Rawlins. Add that to a 4-1 victory over Powell on Thursday, and the girls are 8-0.

The boys lost to Powell 5-0, but with the weekend sweeps they’re now 3-5 for the season.

After a hard-fought rivalry win against Powell, the Fillies entered the weekend missing two of their top players.

Sedig moved Maddy Icenogle up to No. 1 doubles from No. 2 doubles. And Torrie Schutzman and Cheyenne Hume up from No. 3 doubles. Then he brought up Soffie Anderson and Jayde Larsen from JV to play varsity No. 3 doubles.

“We didn’t miss a beat,” he said. “Maddy, Torrie, Cheyenne, Soffy and Jayde all performed outstanding, winning all their matches.”

The girls are now 38-2 overall in singles and doubles matches combined.

While the boys have struggled at times this season, Saturday showed promise.

“Our boys are starting to perform better from their early season experience,” Sedig said.

“I think we’re a great team,” he said following the Powell matches. “We’re young, so we probably can get way better, hopefully.”

That improvement was on display Saturday, and could be on display when the Broncs and Fillies play Powell again for the official conference meet.

Thursday’s match was a show of the strength of both teams.

In a match lengthened by a rain delay and a late start that finished under the court lights, the Fillies came out strong and overcame a few second-set Powell rallies to take all but No. 1 singles.

The Broncs were defeated 5-0, although a number of matches were hard-fought, with No. 3 doubles being decided in a third set.

In all three girls doubles matches and No. 2 singles, the Fillies lost just one game combined to take commanding early leads. All had to hold back Powell rallies in their second sets, and all did.

“We just lost focus,” No. 2 doubles player Icenogle said of her

second set, where her and Victoria Morales fell down early, but recovered to turn a 4-3 deficit into a 5-4 advantage on the way to the win.

“We started playing our game,” she said.

Icenogle capped it off with a few quick hits from near the net to seal the win.

The other matches finished similarly, with early second-set deficits turning into wins. The win was in hand before play was stopped for rain, at which point Icenogle and her fellow teammates who had already finished switched to deploying squeegees to disperse the water.

All in a day’s work.