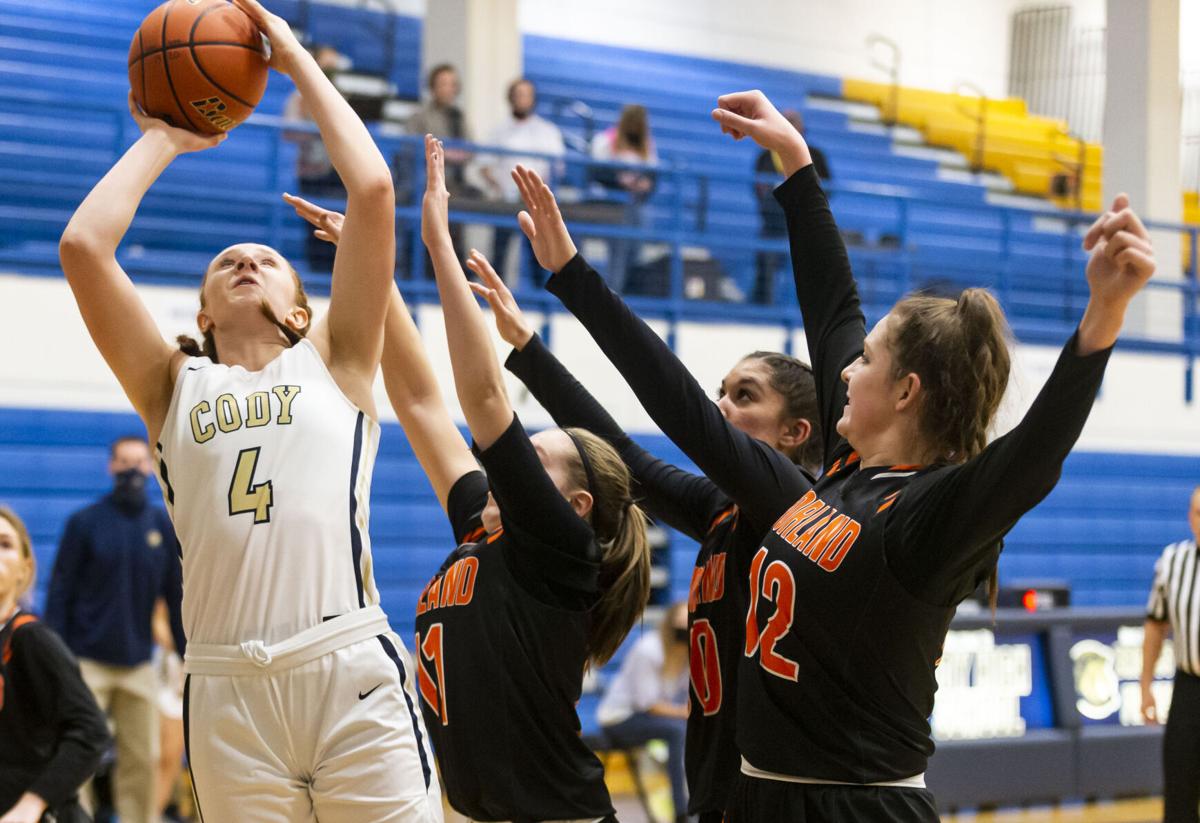 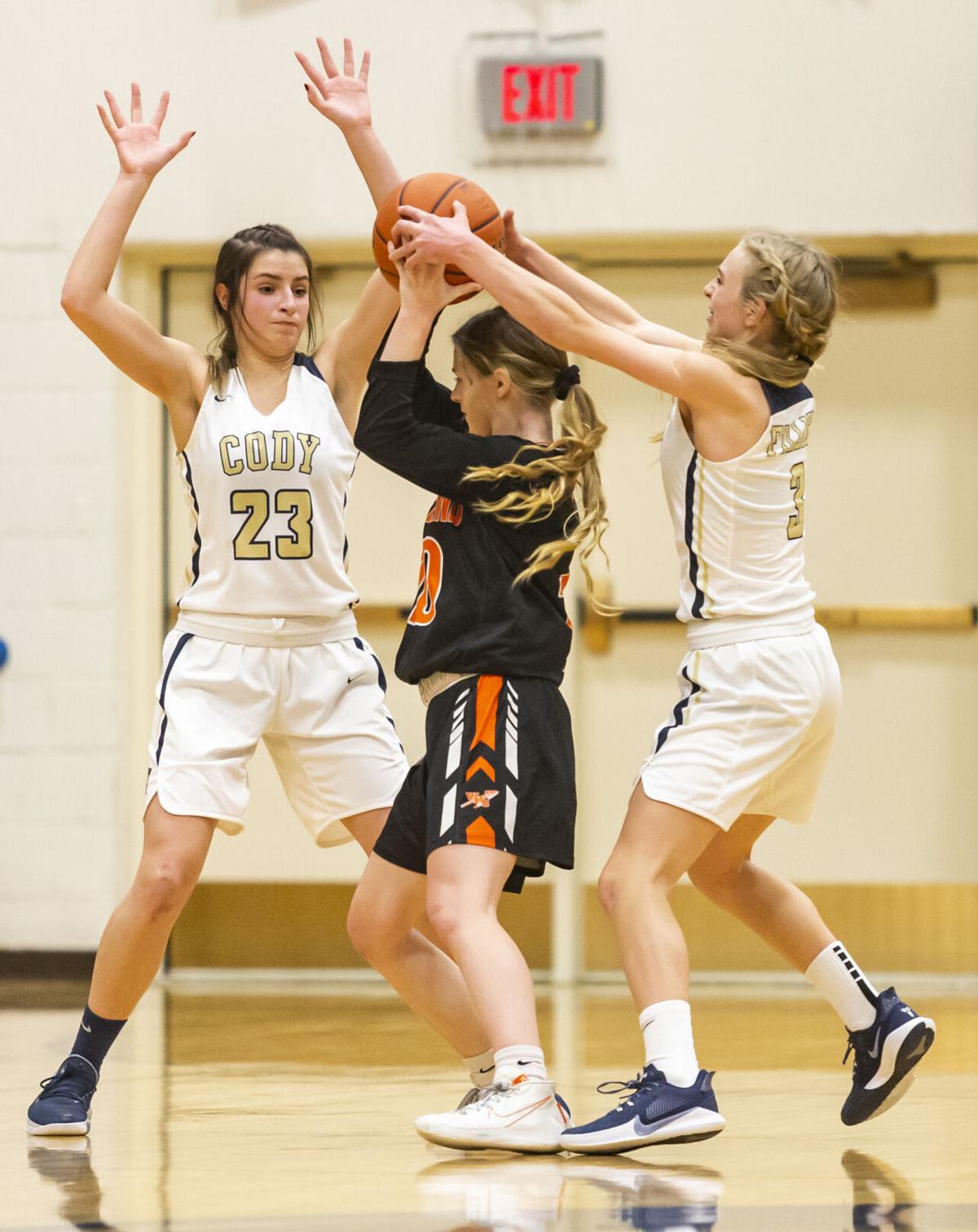 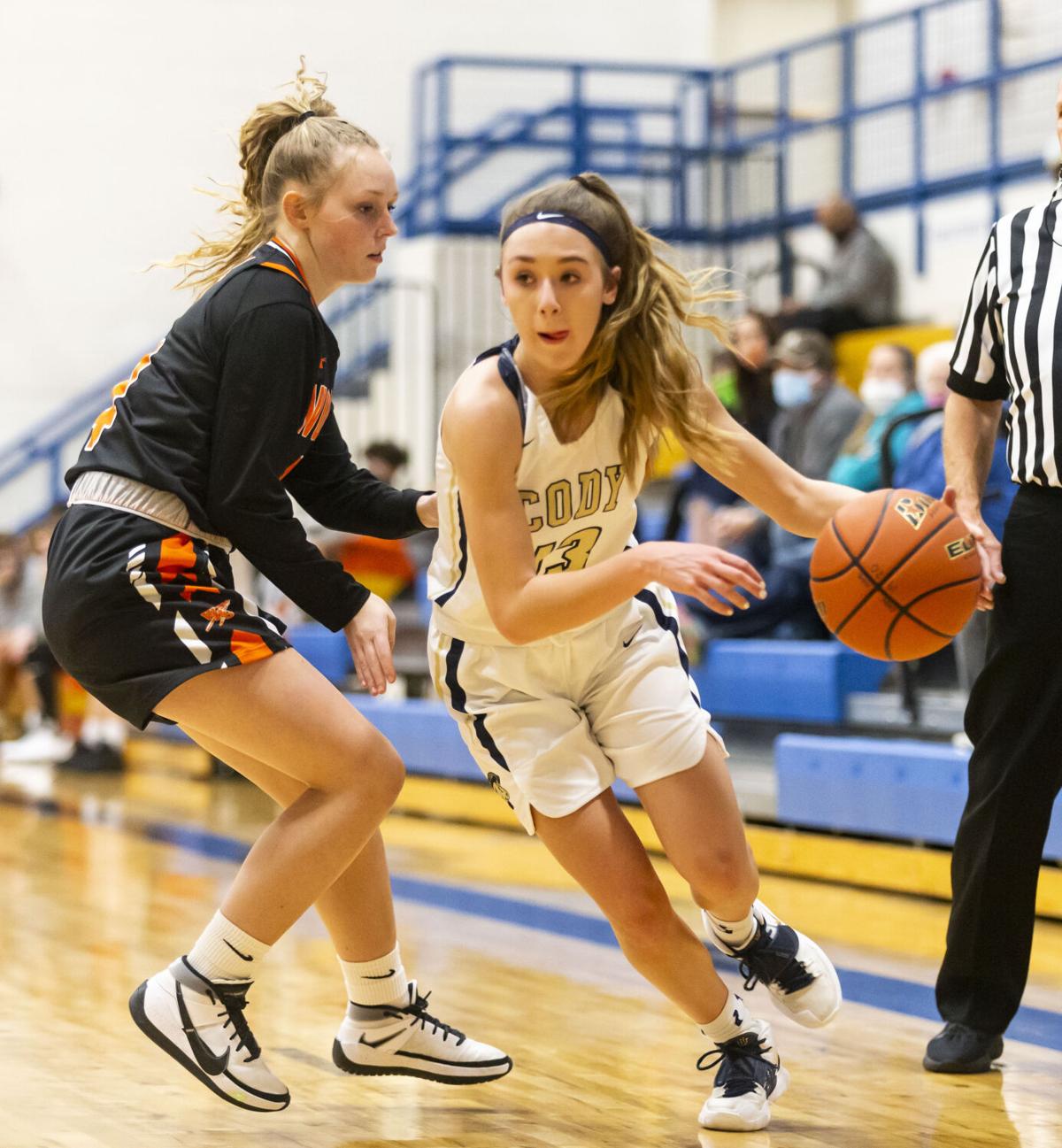 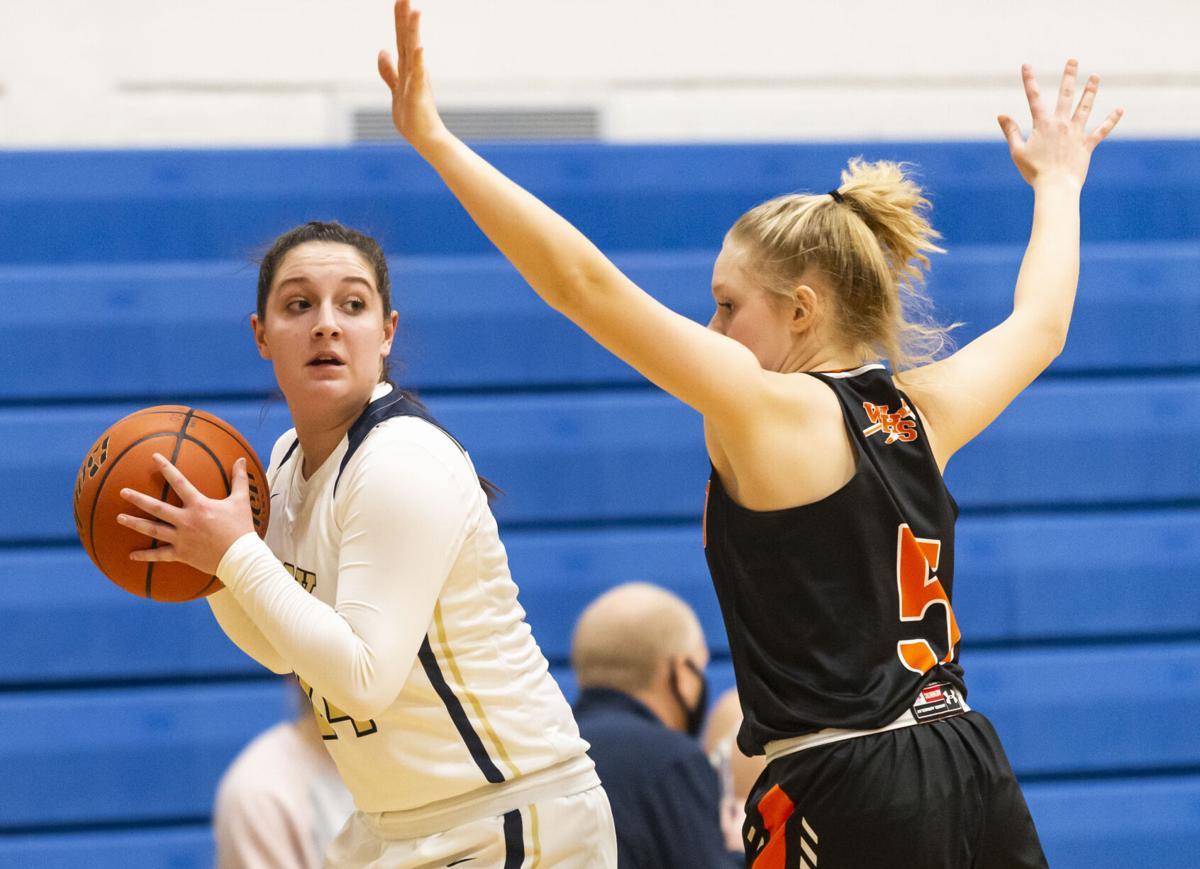 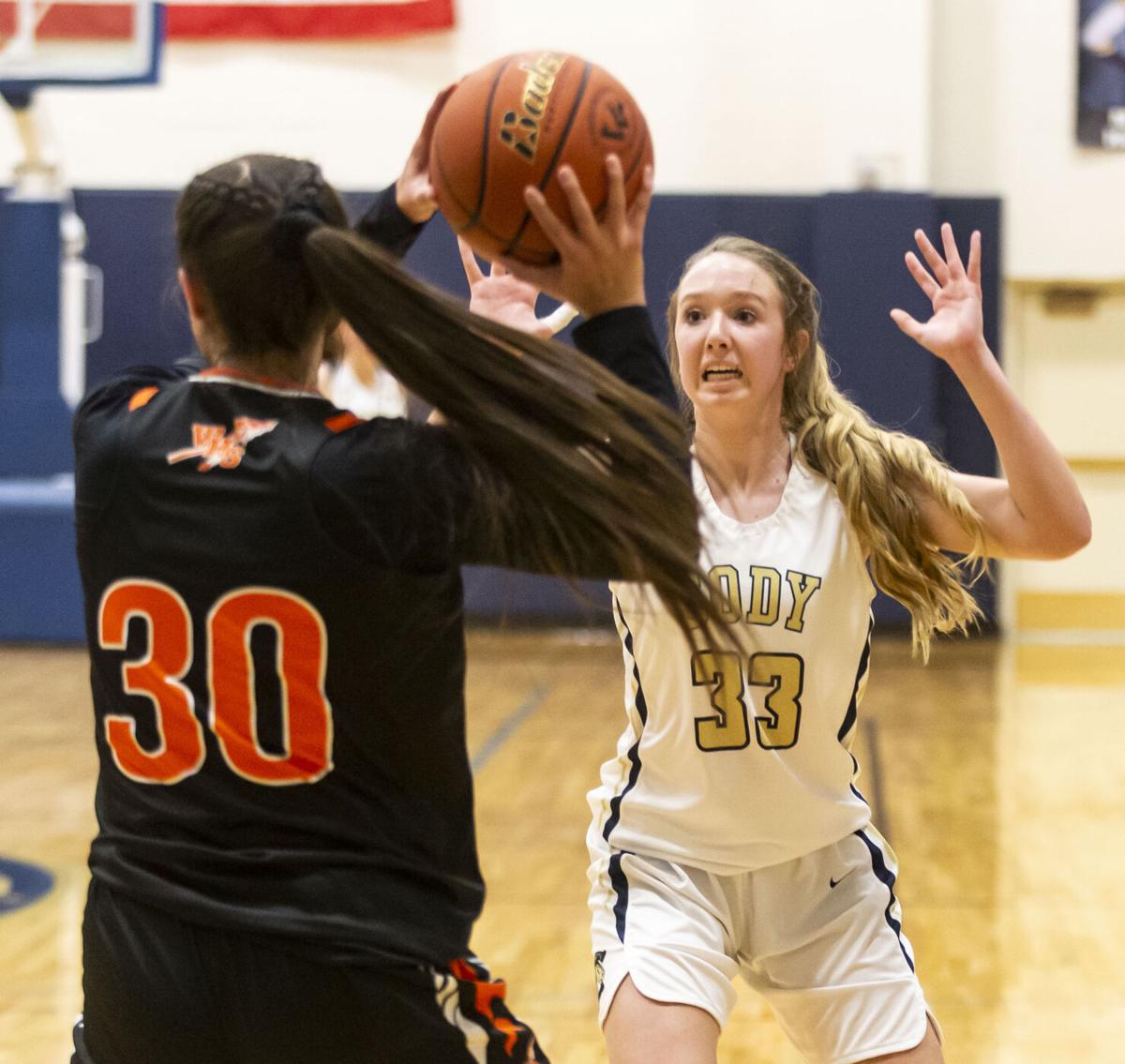 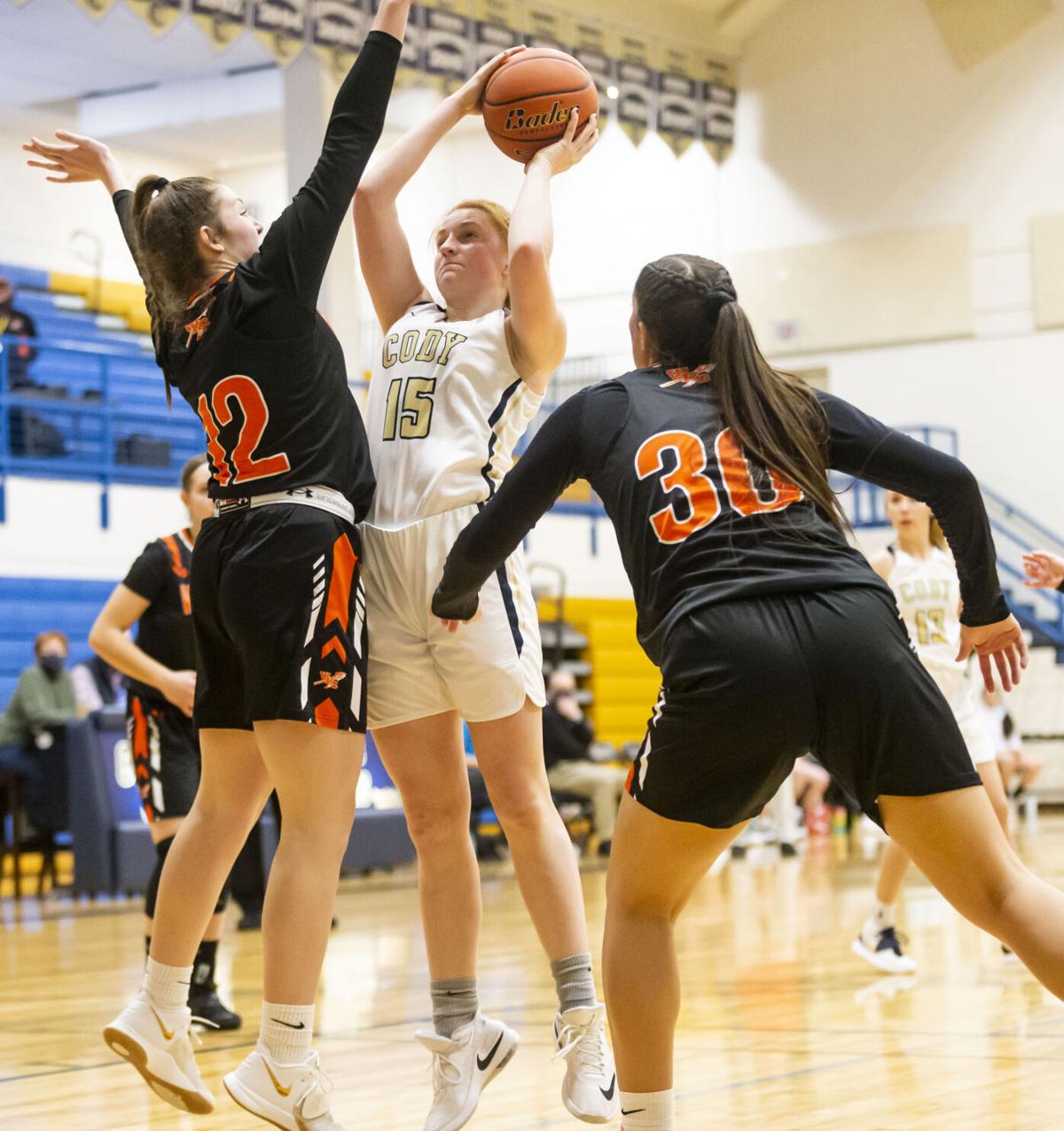 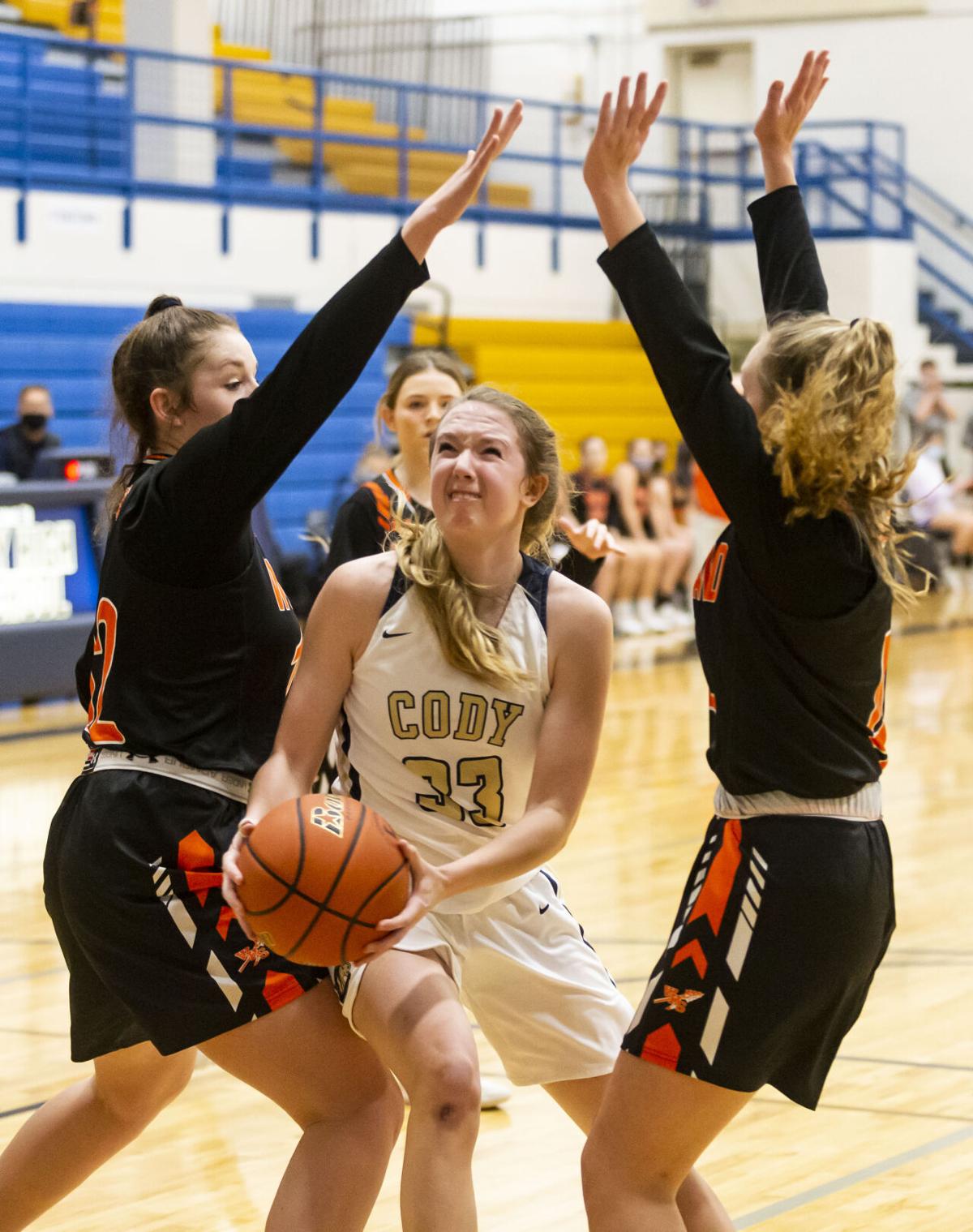 After being down double digits in the third quarter, the Cody girls basketball team rallied to defeat Worland 37-33 on Tuesday night at Sweitzer Gym.

Sophomore Reece Niemann sank the game winner with less than a minute remaining and sealed the win with a pair of free throws with seconds to go.

“There was a little bit of pressure on the line,” Niemann said of the free throws. “But I knew they were big and I knew I had to hit them.”

Niemann scored eight for Cody, second to Molly Hays who led the team with 13.

Cody (5-1) traded baskets with Worland (4-3) early in the first quarter, taking a lead at 7-5 on a Izzy Radakovich layup, but after that the Filly offensive stalled and Worland continued, taking a 16-8 lead after the first, after multiple Cody turnovers.

The Fillies began to claw their way back in the first half of the second quarter, with Hays scoring four points, including a putback from under the basket and a runner in the lane with 3:55 left in the half to make it 18-13 Worland.

The Lady Warriors owned the final minutes of the half, however, as Cody’s cold shooting continued and Worland sank a trey and completed another 3-point play on an and-one by Darla Hernandez with just five seconds left to go ahead 24-13 at the half.

Hays, Radakovich and Torrie Schutzman all scored four points in the first half for Cody. Hernandez led all scorers with 12 for Worland and scored 18 in the game.

“Their bigs just killed us,” Schutzman said. “But we adjusted and the wings played in to help.”

Cody won the third quarter. After allowing a Hernandez bucket to open the second half, the Fillies went on an 8-2 run, taking advantage of offensive rebounding to keep pressure on the Lady Warriors and scoring a flurry of points late, when Niemann hit a pair of free throws and, on the next possession, Hays sank a catch-and-shoot trey to make it 28-21 after three.

Coach Chris Wagner said he was frustrated with the intensity in the first half but pleased with how the Fillies responded after the break.

After again allowing Worland to open the quarter with a layup, Cody rallied early in the fourth, with Niemann bringing the score within five on a putback and passing to Ally Boysen for a layup to make it 30-27 Worland halfway through the fourth. Hays cut the deficit to one on a fast-break layup soon after.

After trading scores, Cody tied the game for the first time since the opening quarter when Schutzman found Boysen down low for a layup to tie it at 33.

Niemann put Cody ahead on the next possession, weaving into the paint for a layup and a 35-33 advantage with 53 seconds remaining.

She sealed the win in the final seconds by sinking both ends of a one-and-one.

“Hopefully it’ll be a game to let our guards loose to get some turnovers,” Wagner said. “It’ll be the third game of the week, so we’ll see how much we’re willing to push. We can’t coast, we still have to go out and play hard.”

The Fillies rallied after being down double digits early in the third quarter.