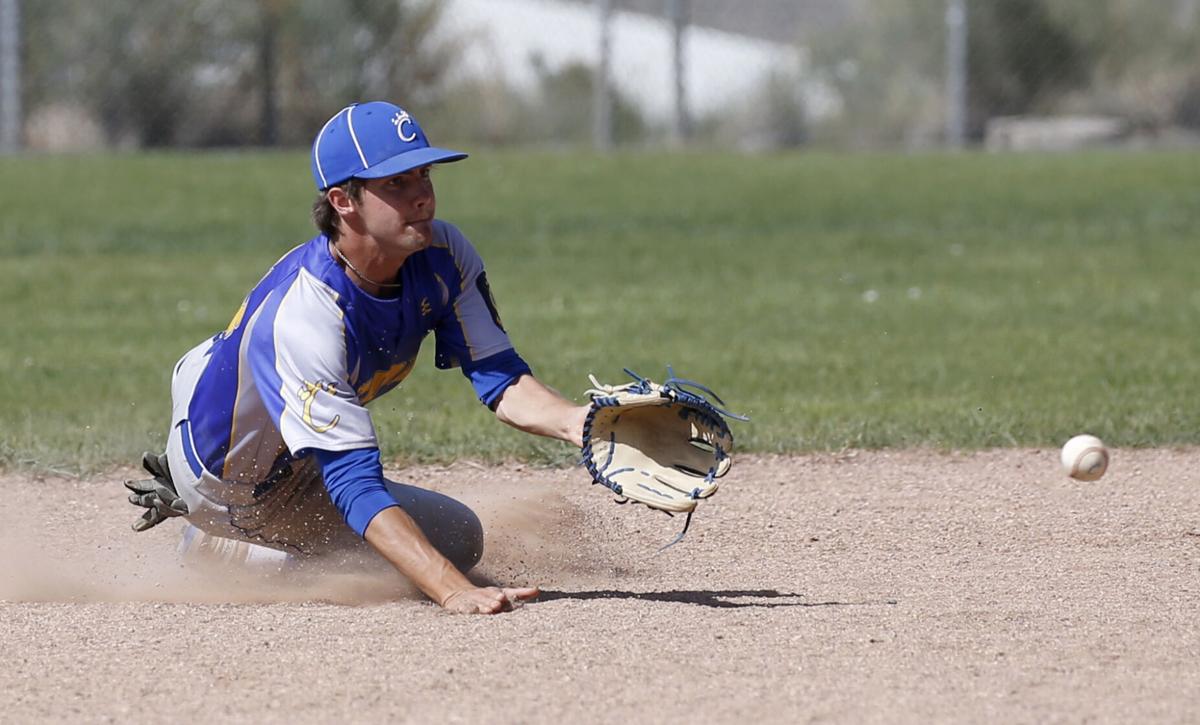 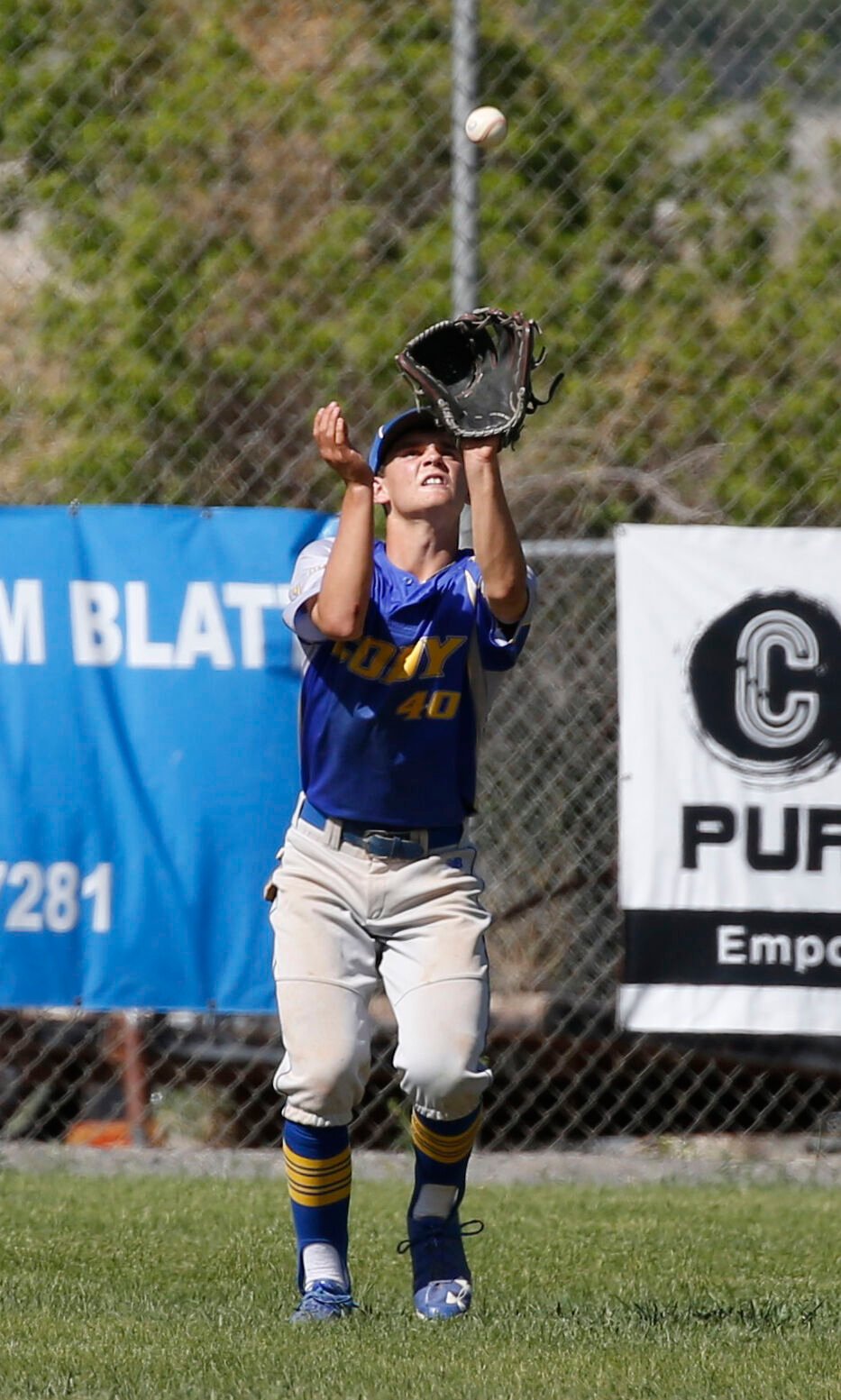 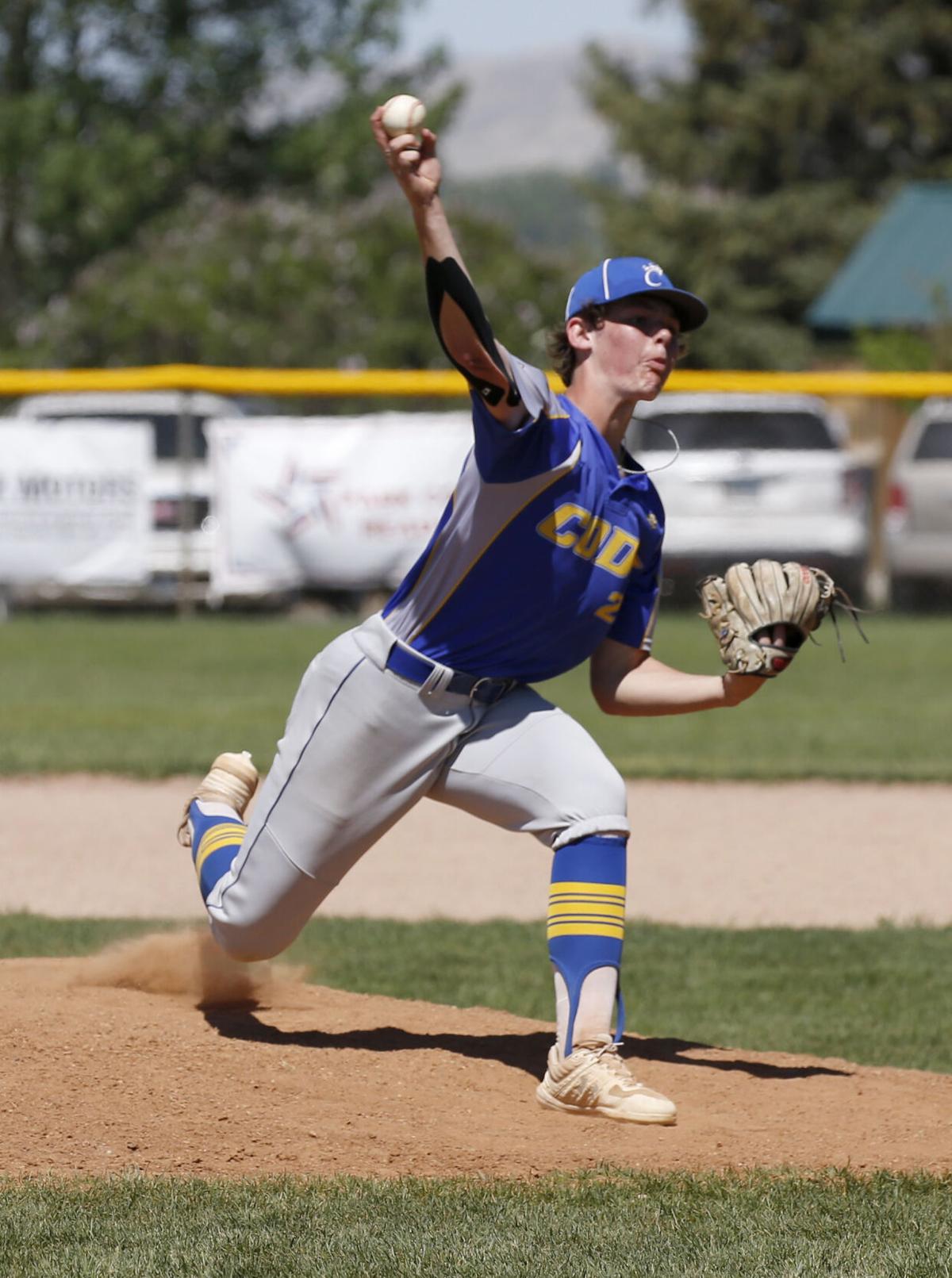 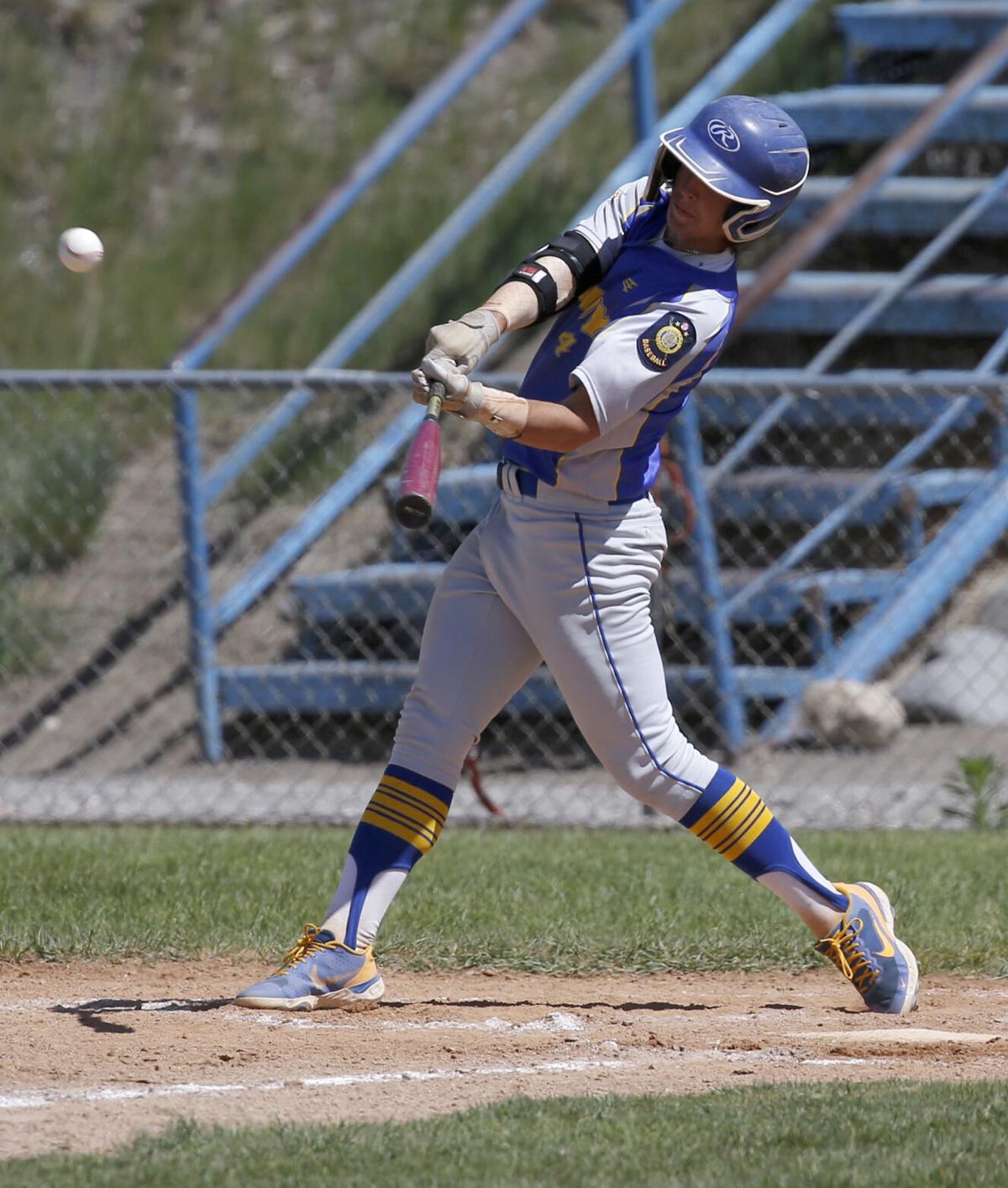 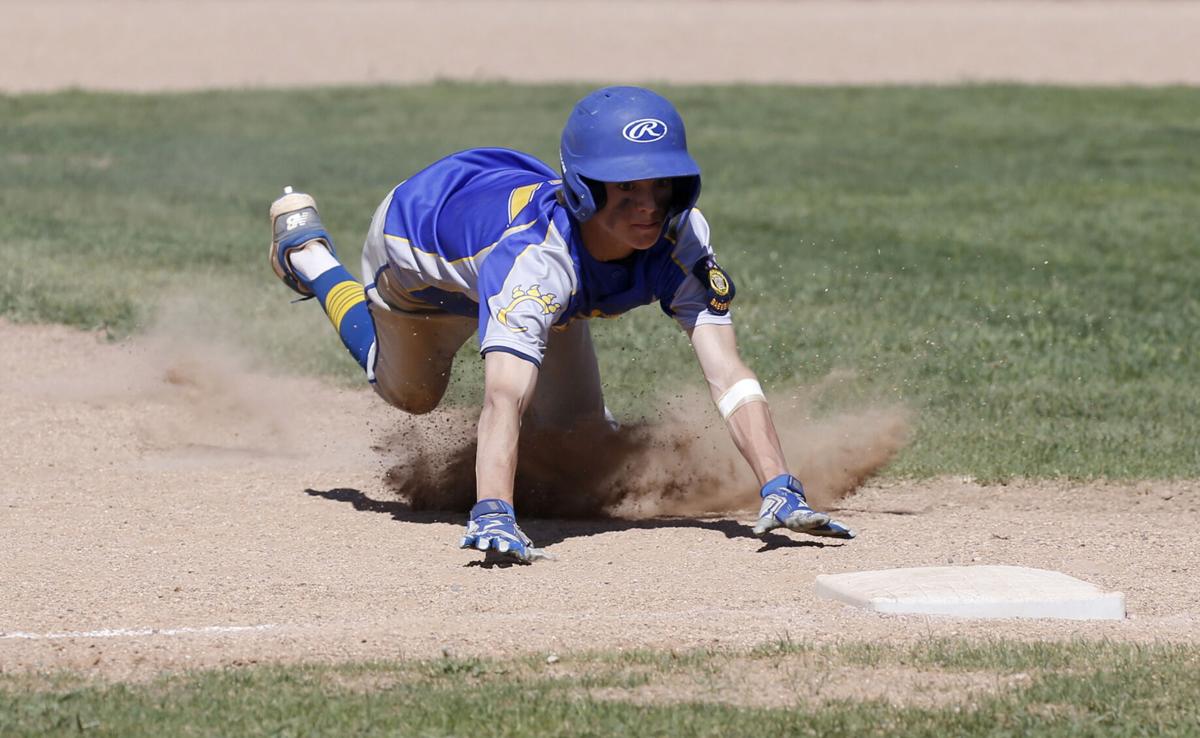 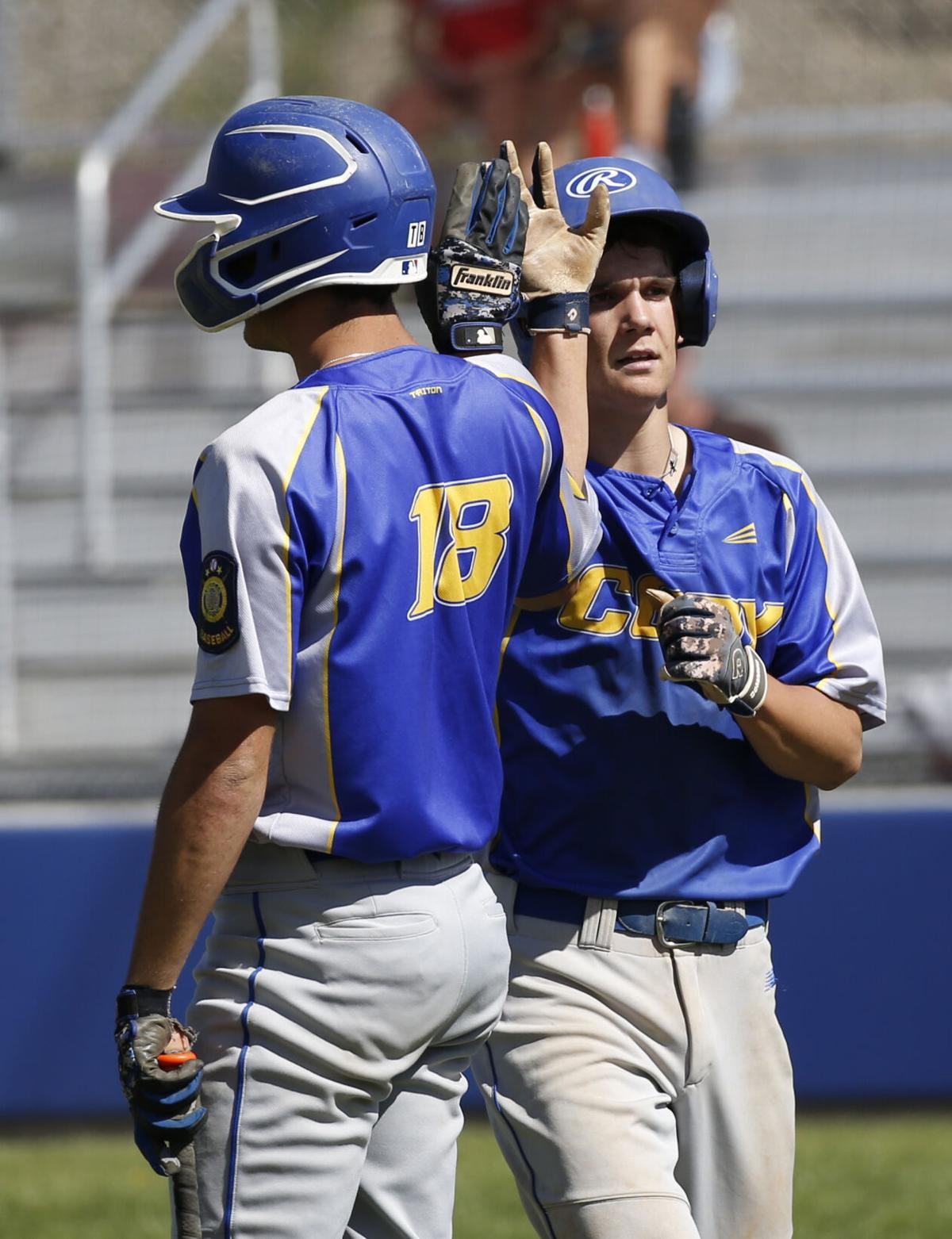 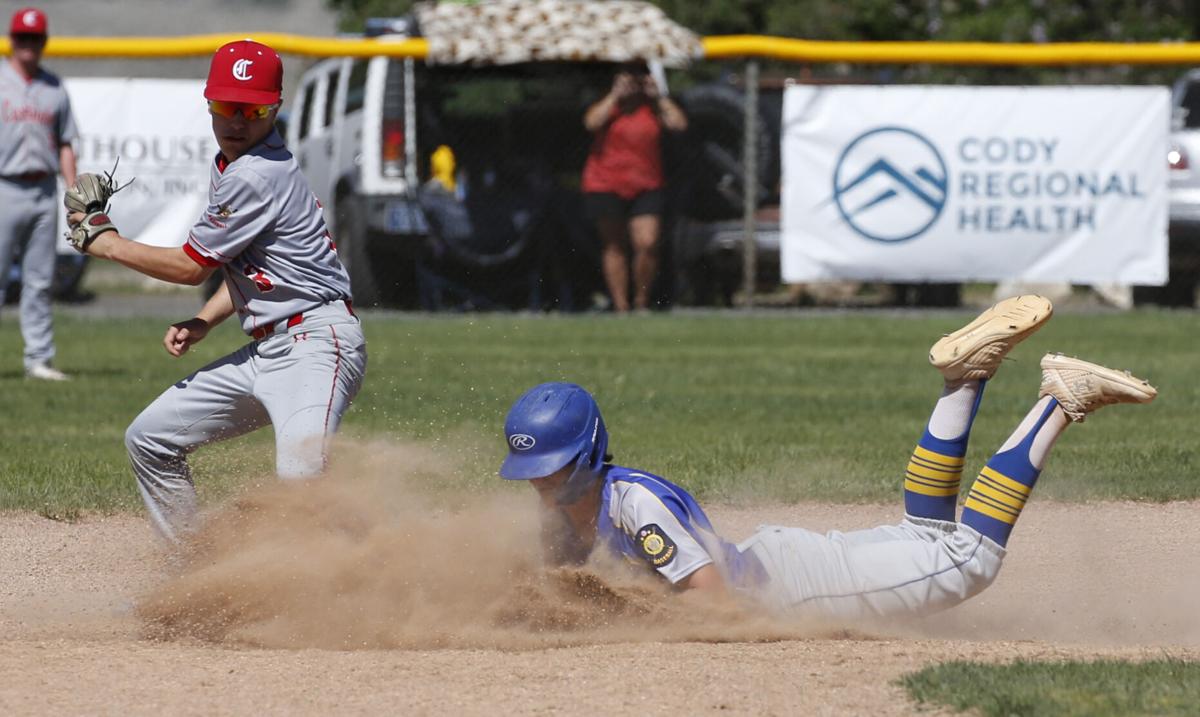 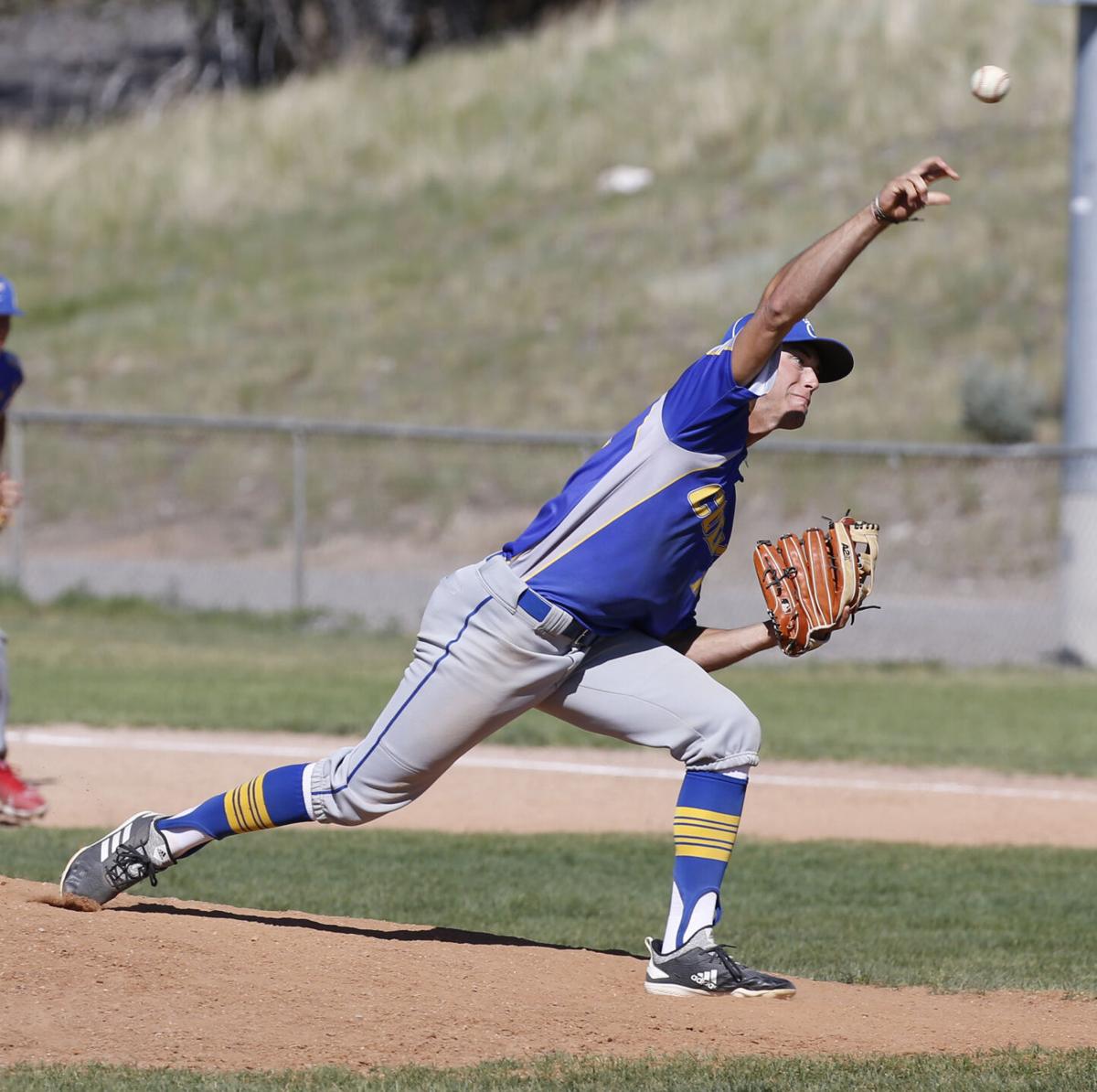 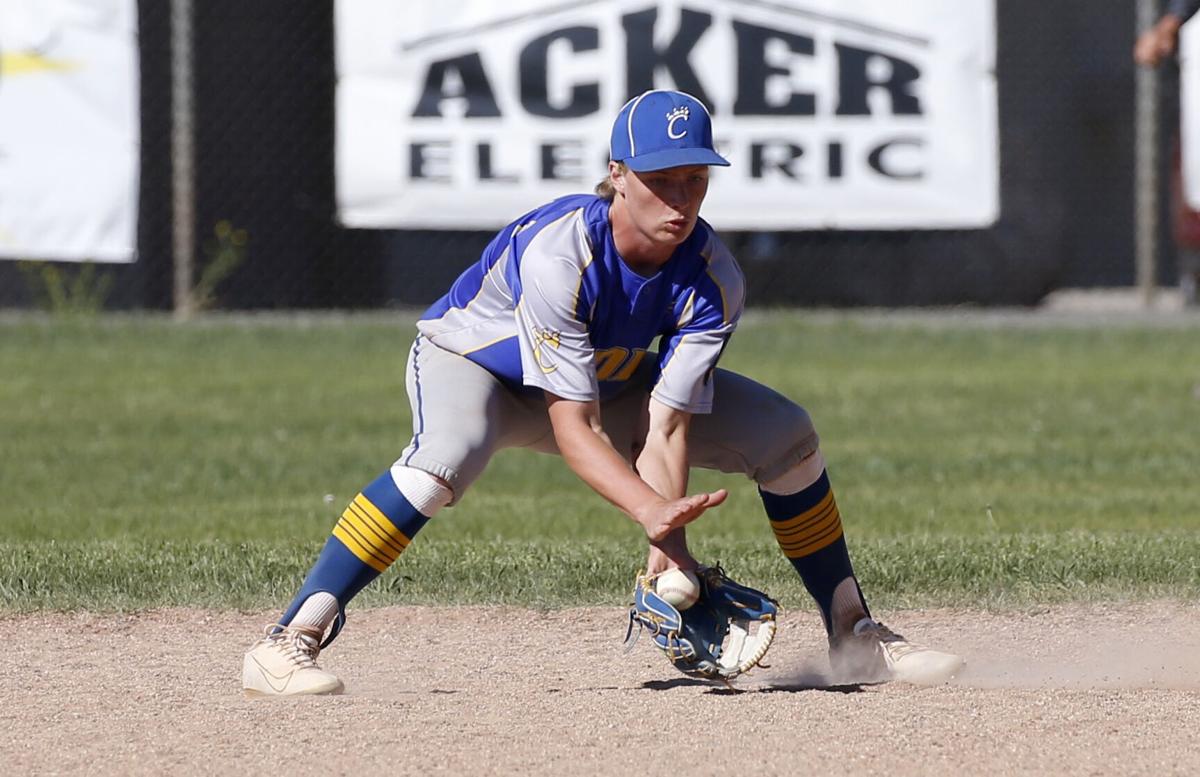 The Cody Legion baseball team improved to 15-6 after finishing with a 3-1 record over the weekend against Billings.

“It was good to see us come out with more energy,” coach Bart Grenz said. “The kids made a lot of big steps toward coming together.”

The Cubs scored in every inning on their way to victory in the first game Sunday.

After scoring one in the first, Cody put five in the second on two walks and two errors, singles by Ethan Johnston and Devyn Engdahl, and double by Trey Thomasson.

Cody added three in the third, which included a single by Thomasson, triple by Engdahl and sac fly by Jack Schroeder.

The Cubs added a run in the fourth and in the fifth, Schroeder hit a triple and scored on a wild pitch to end the game early.

Billings scored its lone run in the third.

“Our defense was ready for the ball and making plays,” Johnston said. “We didn’t make too many errors.”

Engdahl earned the win, giving up one run on two hits through 5 innings.

“Devyn did well in that first game,” Grenz said. “As the game went on he did a better job of pitching with a lead and trying to get the hitter out earlier in the count.”

The Cardinals led 3-0 heading into the bottom of the second inning in game two, but Cody put up five runs and didn’t trail again.

“We were communicating better and had a lot more energy,” Tristan Blatt said.

In the frame the Cubs loaded the bases with a walk and singles by Ben Reinker and Thomasson. The first run scored on a fielder’s choice and the next on an error. Cody took the lead on a double by Blatt that hit the center field fence and scored its final run on a single by Schroeder to lead 5-3.

“We’ve gotten used to the slower (pitching) velocity because we’ve seen a lot of it,” Blatt said.

Billings got one back in the fourth but in the bottom of the inning Cody scored three more. Phillips started things with a double and scored on a fielder’s choice. Thomasson then hit a single, followed by a sac fly by Grady McCarten and a single by Ethan Johnston to make it 8-4.

Billings scored one in the fourth and got two on with no outs in the sixth, but Cody got out of the jam when Blatt took the mound for three straight outs.

“Tristan did a good job coming in in a big moment,” Grenz said. “He threw strikes and we made the outs.”

“Dominic gave us a good start,” Grenz said. “It was great to see him go out there and pitch deep into the game.”

Moss pitched 1 inning and gave up no runs or hits. Blatt got the save, giving up one hit through 2 innings.

“I felt good and the defense was solid behind me,” Blatt said.

After a rough first two innings during which the Blue Jays took a 9-2 lead, the Cubs buckled down and held Billings scoreless the rest of the way in a comeback win Saturday.

“We showed a lot of moxie today,” Grenz said. “To come back from that deficit in the first game was great to see.”

In the third, Blatt drew a walk and scored when Schroeder hit a homer to left. Then in the fourth, two walks, two hit batters, double by Engdahl and single by Moss made it 9-8.

“Our approach at the plate was good,” Moss said. “We just needed to hit that one pitch.”

Cody took the lead in the next inning. Thomasson hit a single and scored on a home run to left by Blatt. After Schroeder drew a walk, Moss hit his first Legion home run to make it 12-9.

“I knew I’d hit it hard and thought I’d hit a double,” he said. “When I was almost to second I knew. It was a good feeling.”

A walk and double by Blatt gave the Cubs their final run in the sixth.

McCarten earned the win, giving up nine runs on 11 hits through 7 innings.

“Grady showed a lot perseverance on the mound,” Grenz said. “Even though he gave up some runs in the first few innings, he kept his pitch count down, which really helped him and the team.”

Cody had the bases loaded in the seventh but couldn’t push across the runs needed for the win in the second game.

“We gave ourselves a chance, it just wasn’t meant to be today,” Grenz said.

Trailing 5-3 in the seventh, Engdahl hit a single and Blatt drew a walk. After Schroeder hit a fielder’s choice, Phillips hit a single to score one. Moss struck out for the second out and Wyatt Carlson walked to load the bases, but with a full count Reinker lined out to shortstop.

“It was nerve-wracking but a fun feeling for sure,” he said of being the final at-bat.

Cody had the momentum early in the game, scoring a run on a double by Schroeder in the first, and two more in the second on singles by Moss and Reinker, a walk, fielder’s choice and passed ball.

Billings scored one in the fourth and three in the fifth to take the lead.

“We started off hot, but then we got down,” Reinker said. “We need more energy.”

Thomasson started the game, going 4 innings and giving up two runs on five hits. Carlson pitched 3 innings and allowed 3 runs on 3 hits for the loss.

“Thomasson and Carlson did a good job on the mound competing and working to improve,” Grenz said. “They will be big for us as the year goes on.”