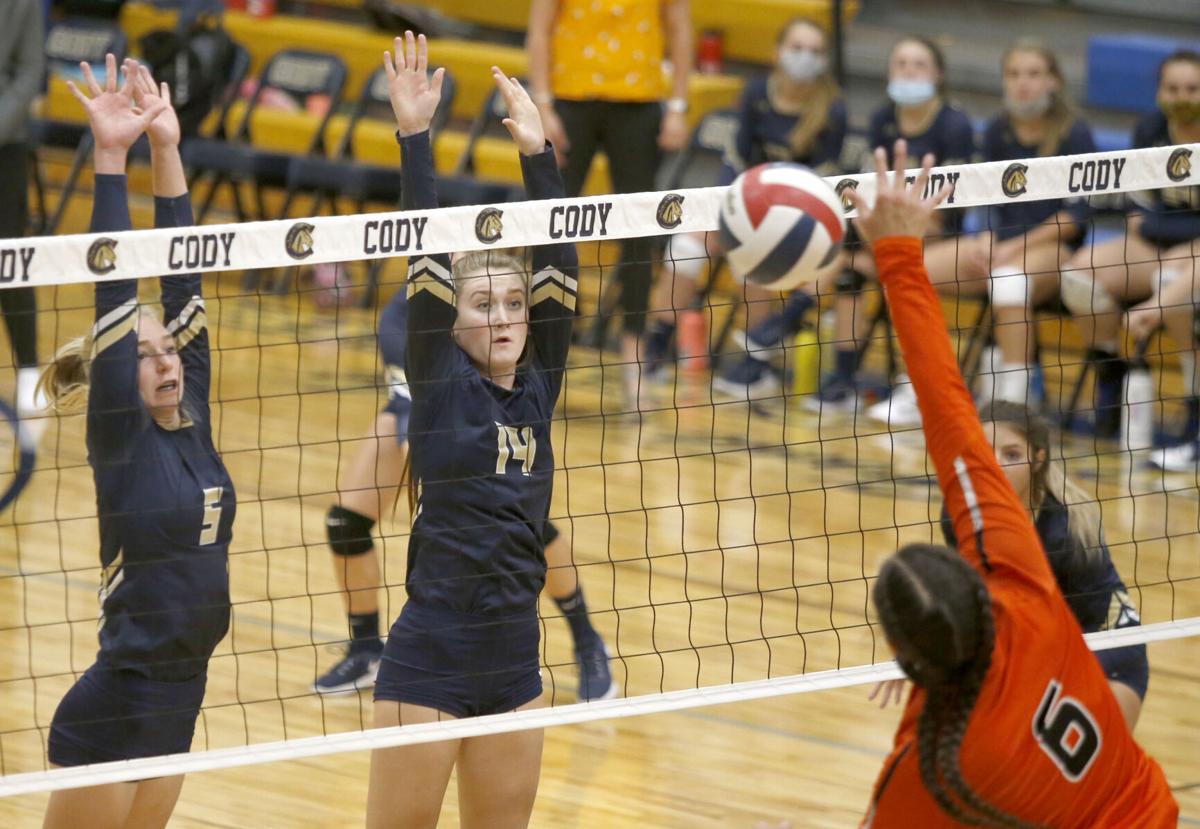 Molly Hays and Lake Harrison go for a block against Worland. 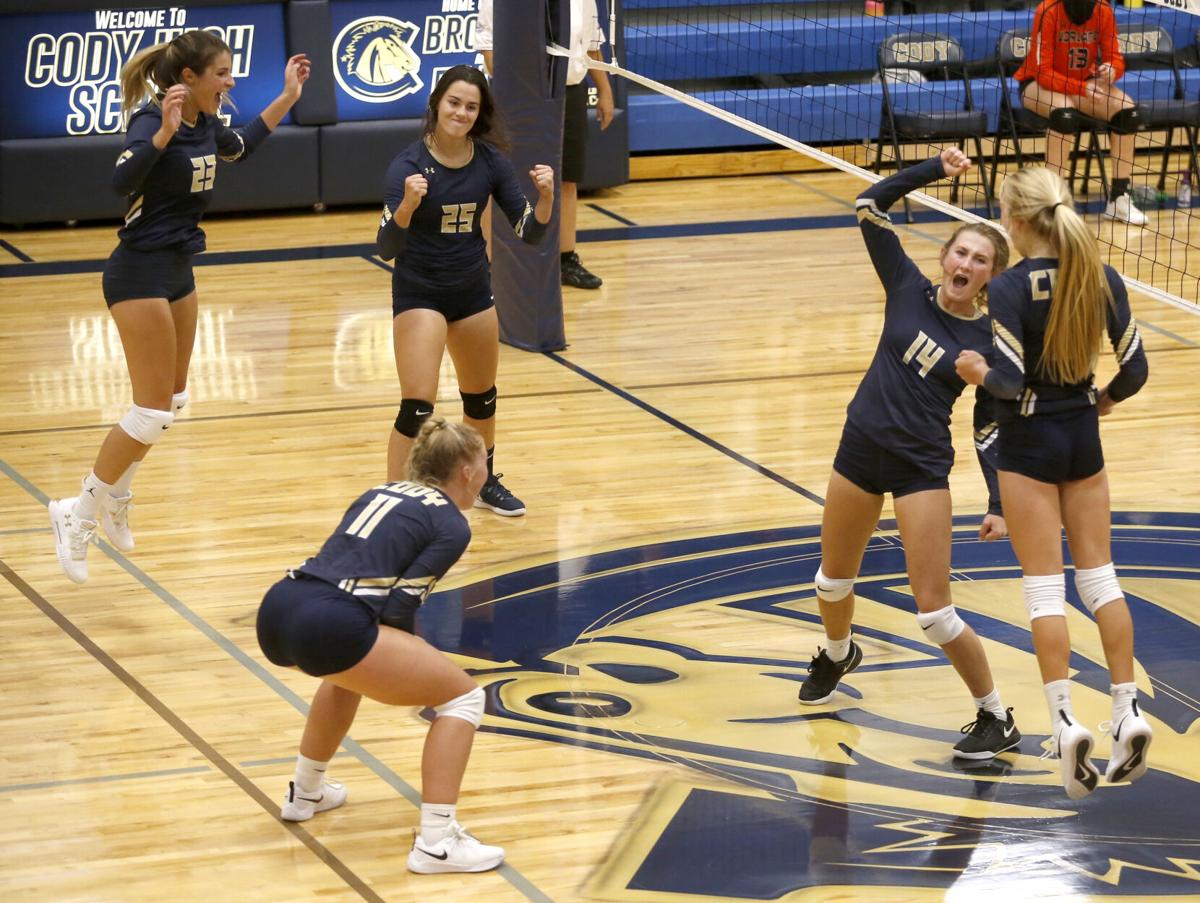 The Fillies celebrate a point against Worland. 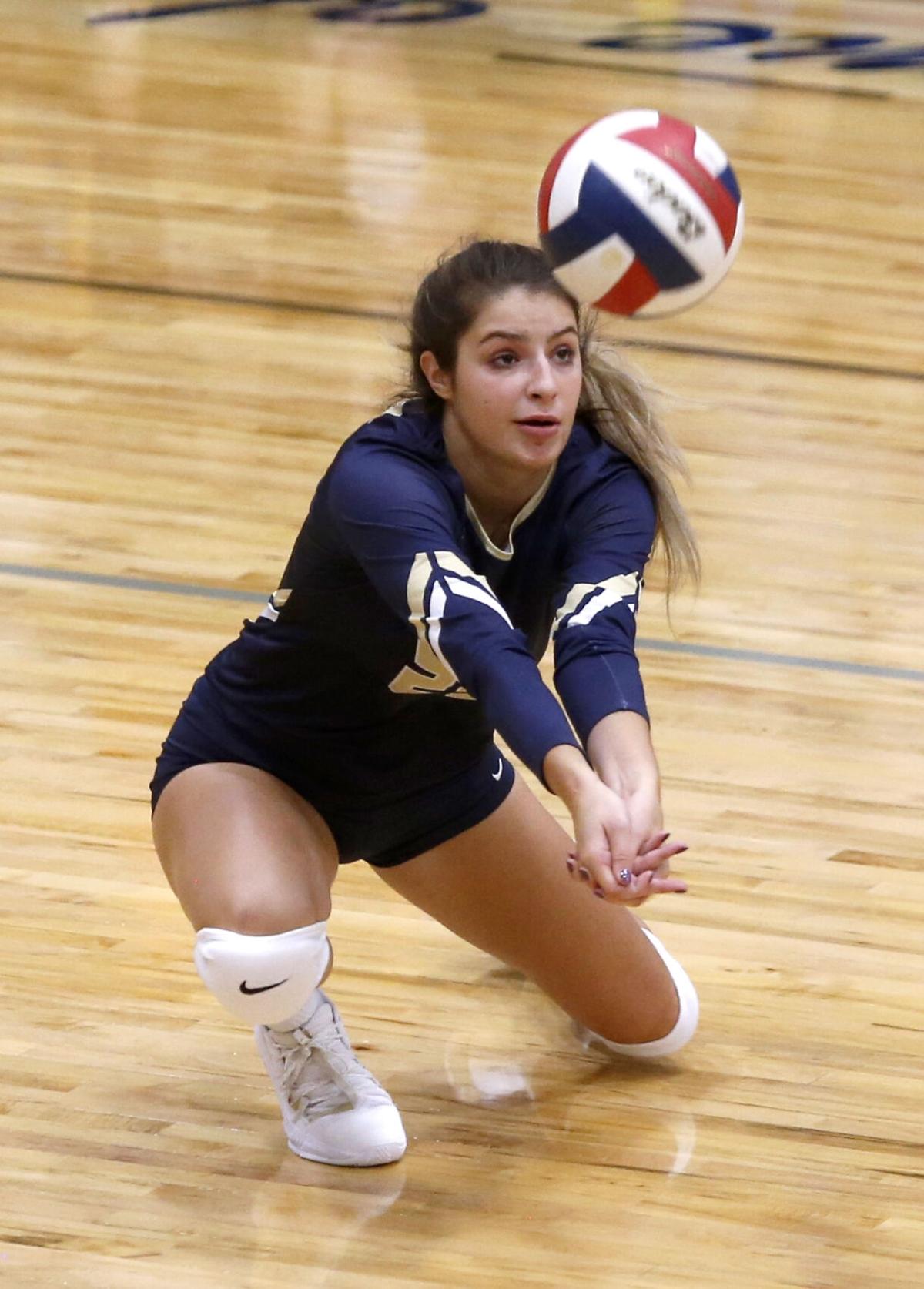 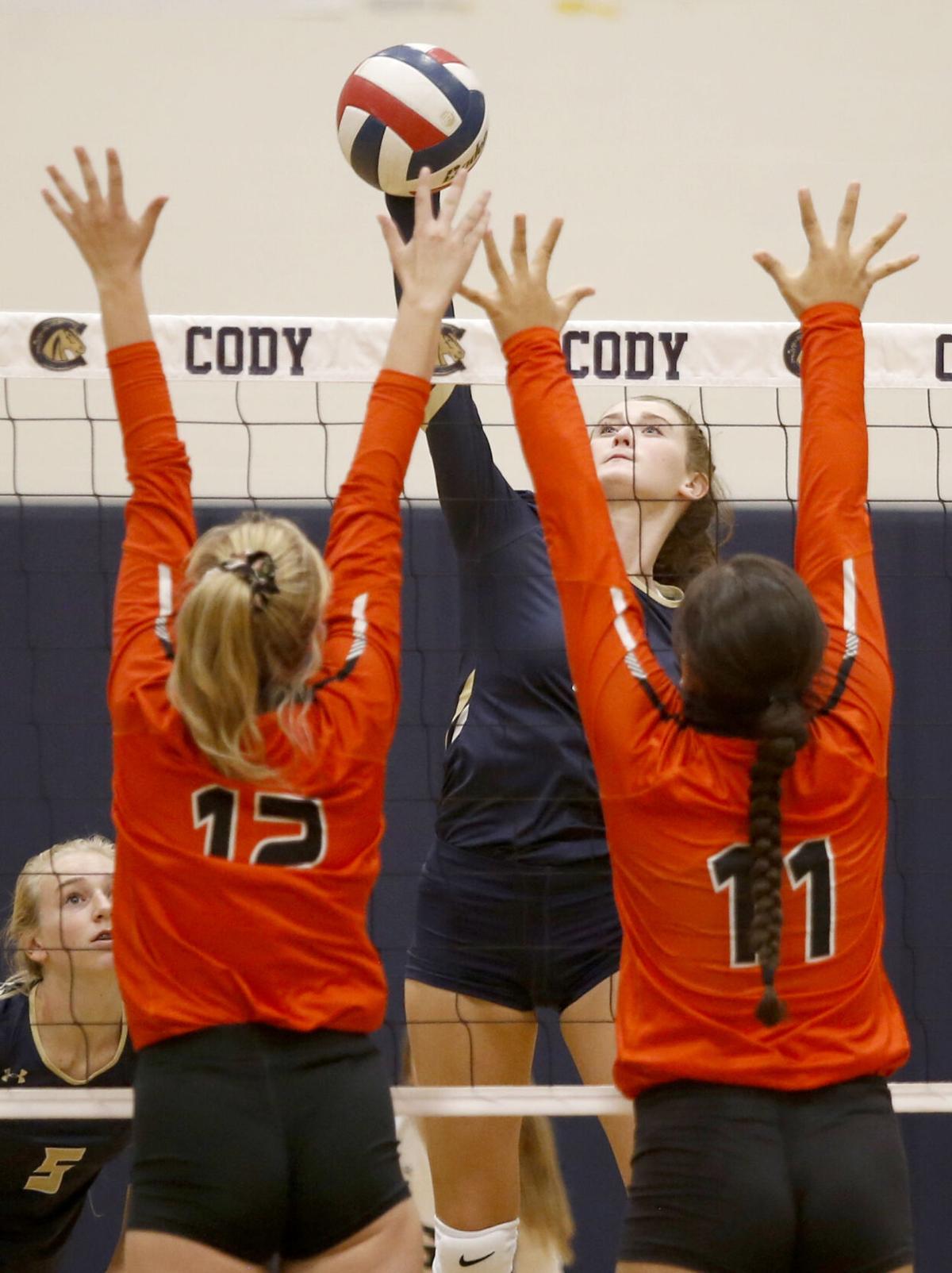 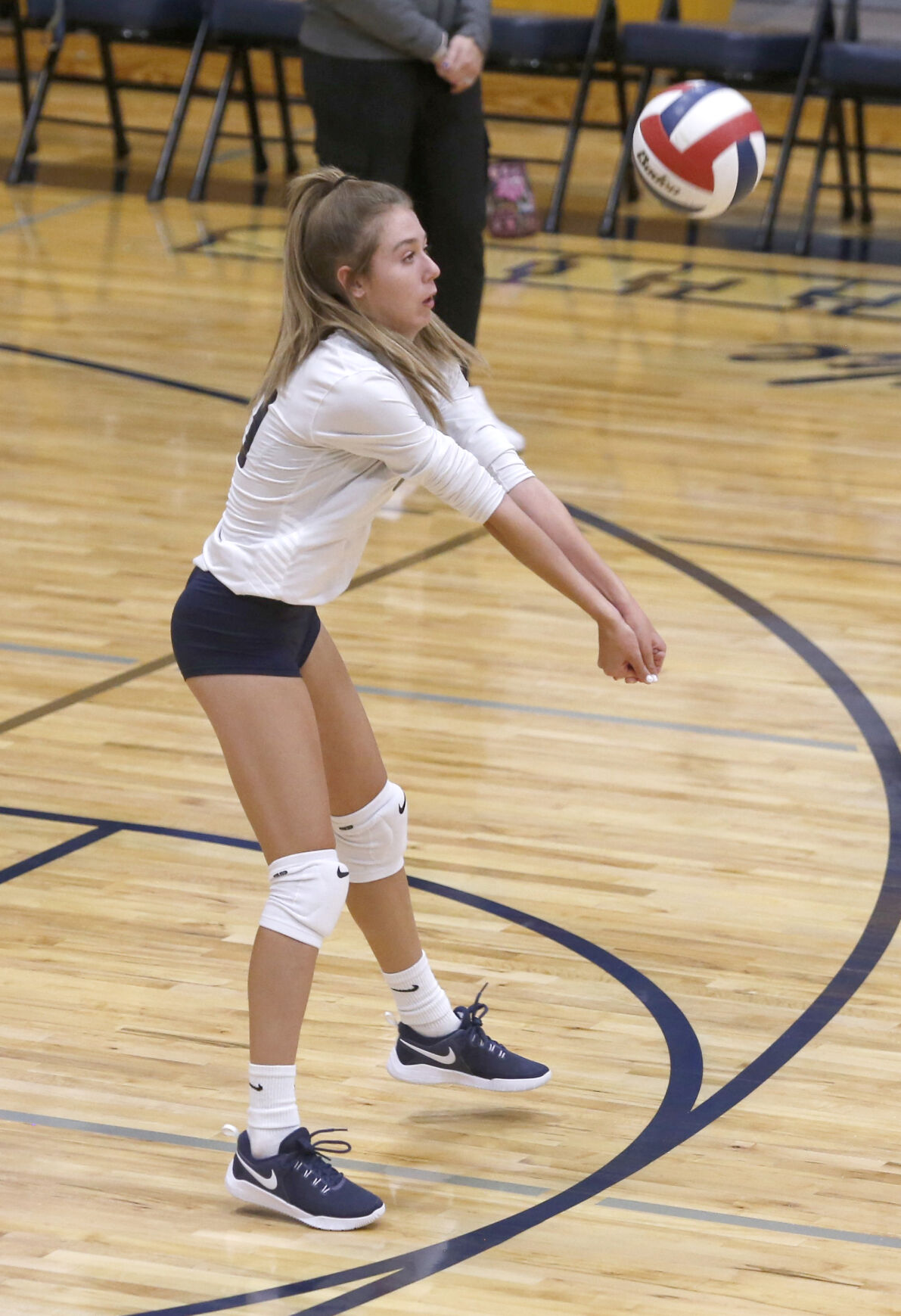 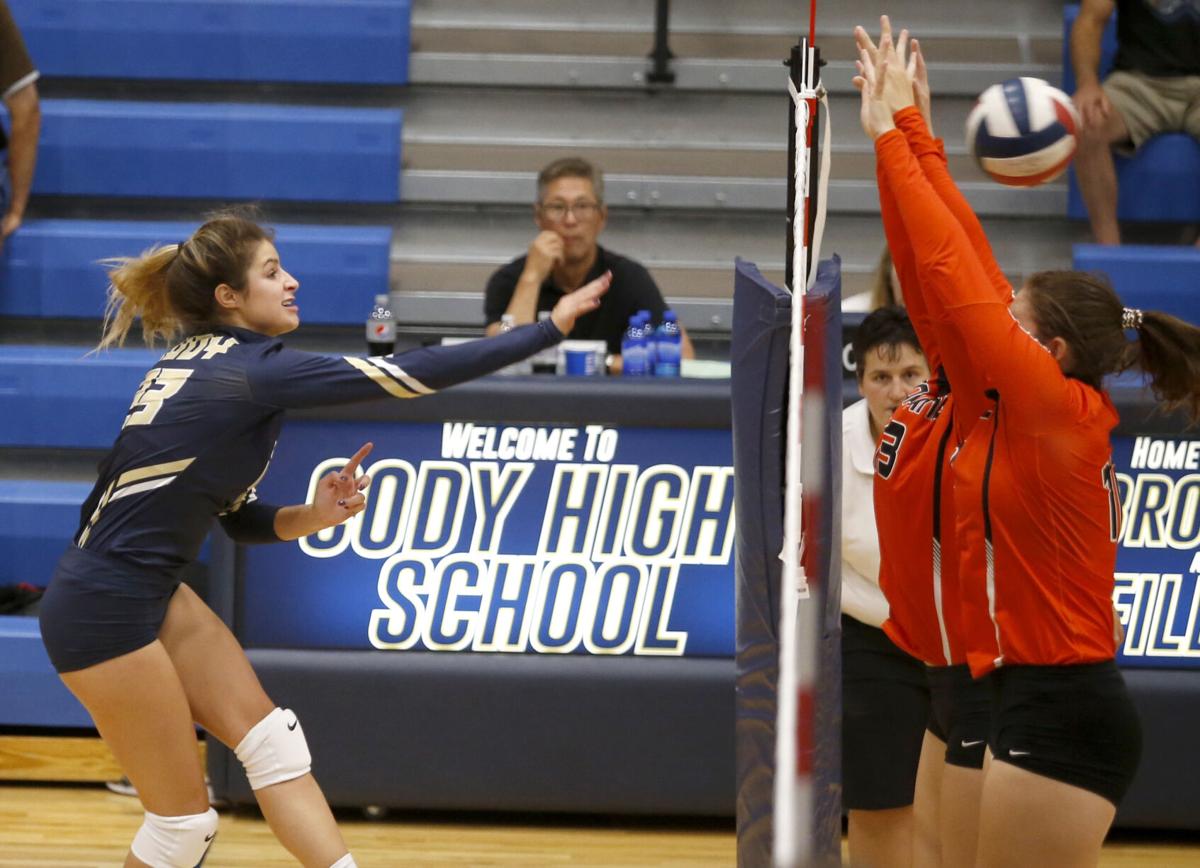 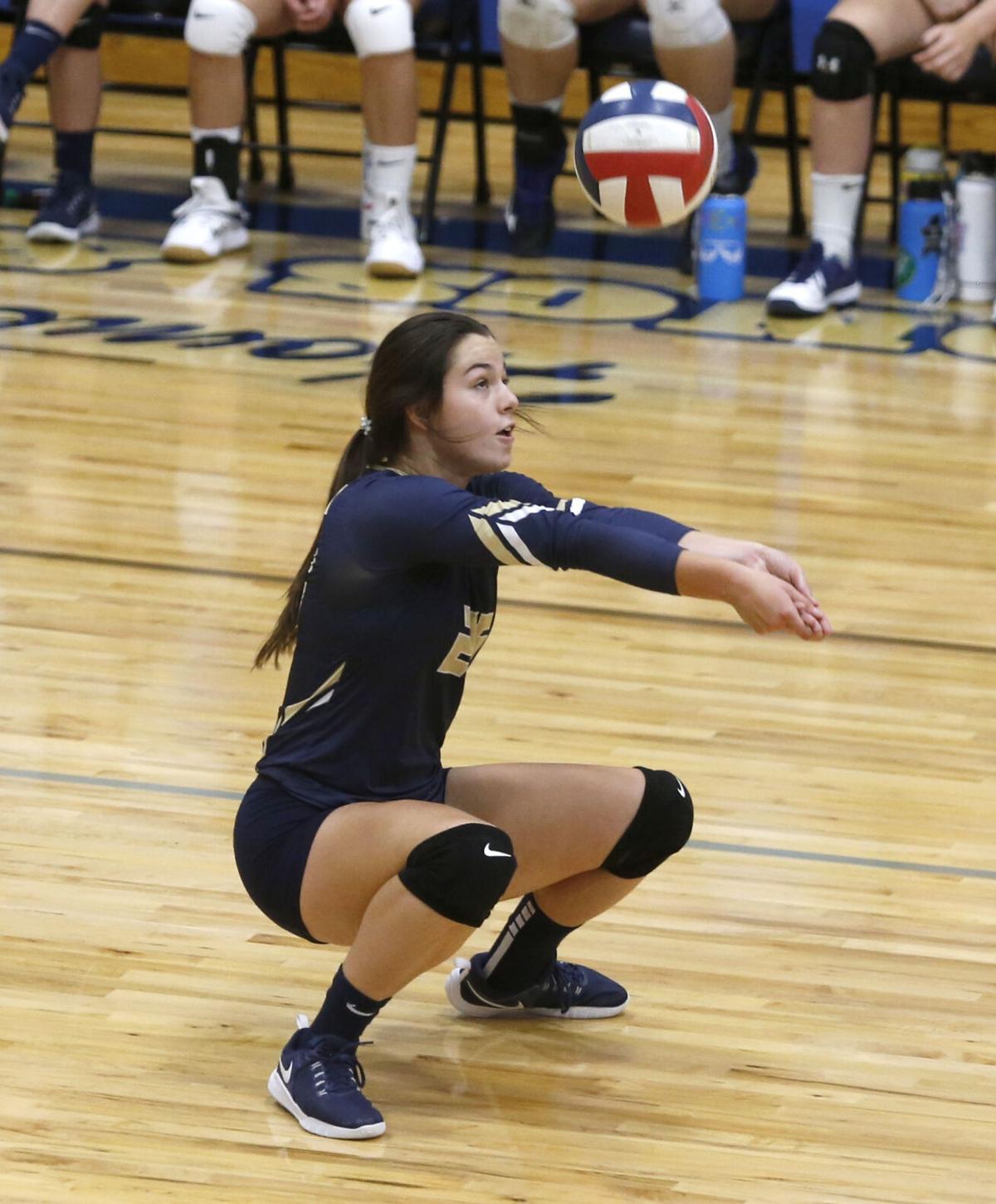 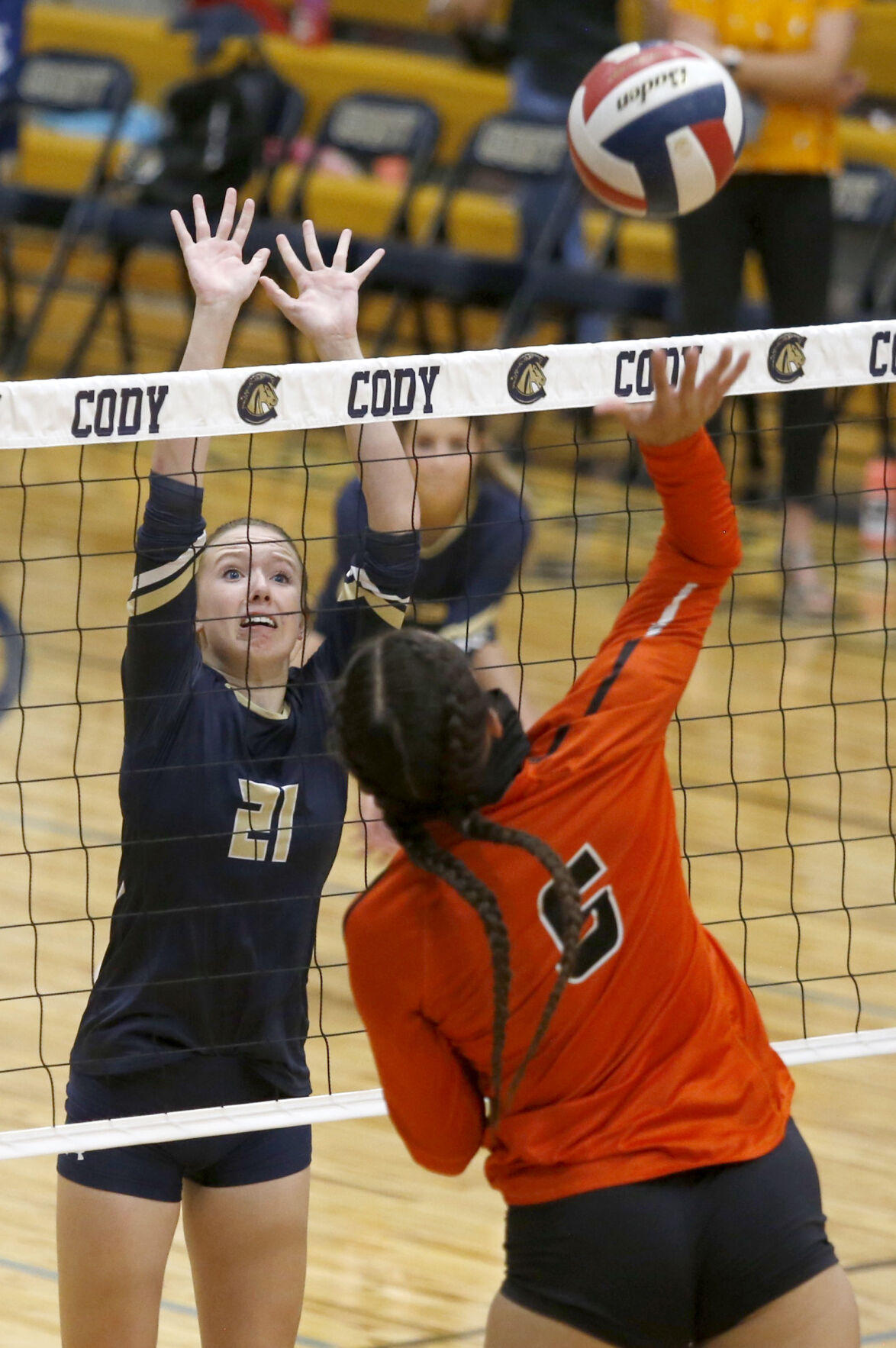 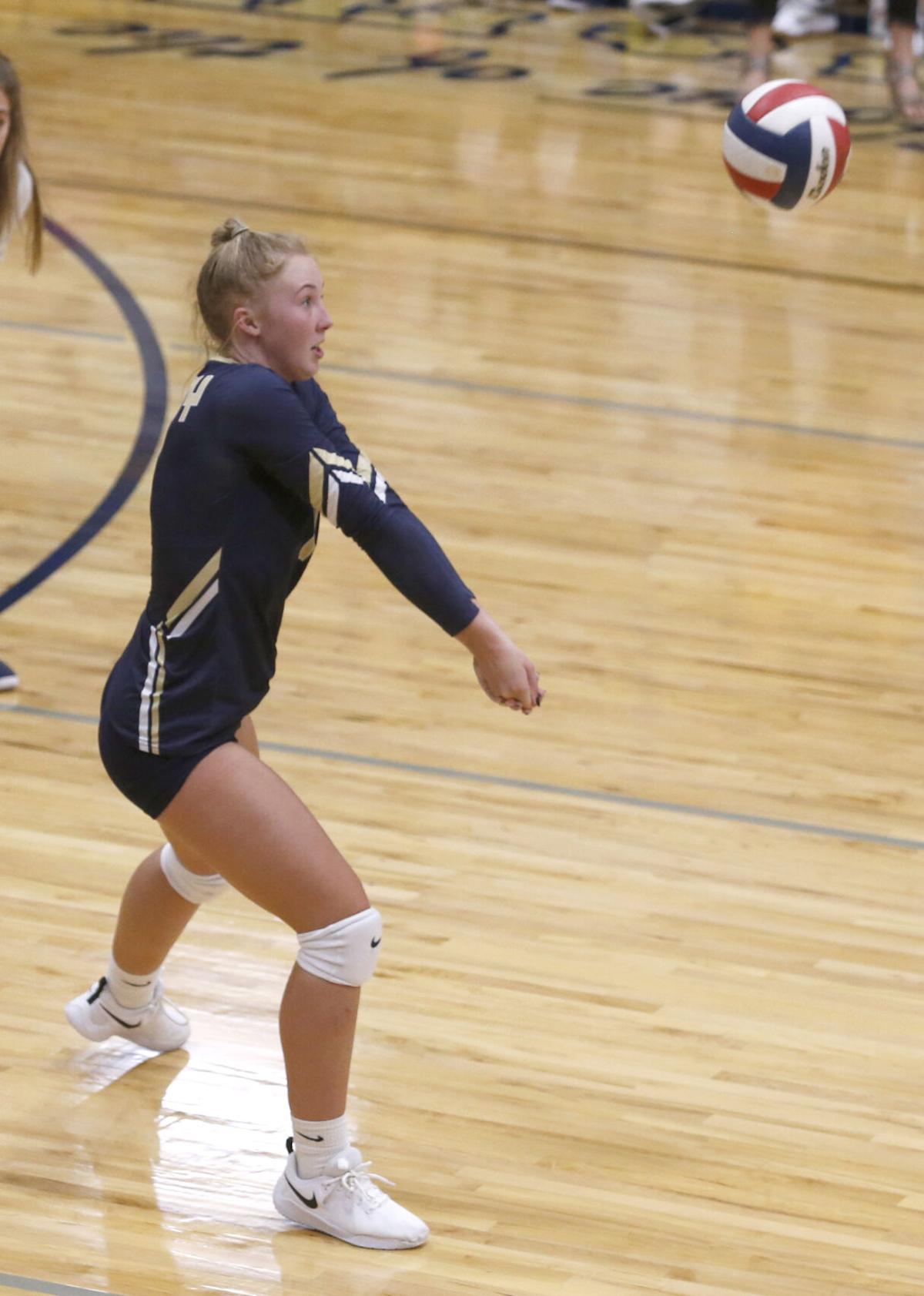 Molly Hays and Lake Harrison go for a block against Worland.

The Fillies celebrate a point against Worland.

The Cody volleyball team finished undefeated for the weekend after a 3-1 win over Worland on Saturday.

The Fillies swept Powell on Thursday and beat Thermopolis 3-2 on Friday to improve to 4-1 overall.

“We’re feeling good,” Grace Shaffer said. “To start the season with only one loss so far is good. There’s things we need to work on but overall we’re happy.”

“Our defense today was the best defense we’ve played so far,” coach Stephanie Birch said. “Defense is what sparks us.”

Cody started strong and never trailed in the first set against Worland. The Filly offense mixed things up, with Brittan Bower, Autumn Wilson, Reece Niemann and Lake Harrison all recording kills early in the set.

Up 10-5 after back-to-back Bower kills, the Fillies went on a 10-4 run to lead 20-9. The two teams then traded points until a block by Grace Shaffer and two aces by Bower gave Cody a 25-14 victory.

“We worked really well with each other and were solid as a team,” Molly Hays said.

Worland picked up the intensity in the second set, taking a 15-6 lead.

The Fillies gradually got back in it. After they pulled within four, a kill by Shaffer and block by Bower then made it 18-16. Cody would pull within one at 22-21, but the Lady Warriors scored the final three points to win 25-21.

“They start seven seniors and we have two seniors, so coming out I knew they were going to be fired up to play,” Birch said. “We’ll do good and then not so good for long spurts. Consistency is something we need to work on.”

Cody struggled again in the third set, trailing by as many as five points. With Worland up 20-16, the Lady Warriors needed just five more points to go up 2-1 in the match. But the Fillies took advantage of some Worland errors and played solid defense to close the gap. Cody tied the game at 22 on a tip by Hays. Worland was then called out of rotation to make it 23-22. Cody scored to set up game point and a kill by Bower gave the Fillies a 25-23 win.

“They had a tough server and we dug ourselves a hole,” Hays said, “but we battled back at the end. We kept our heads up and decided we weren’t going to lose that game.”

Cody started with multiple kills in game four, but then a string of hitting errors allowed the Lady Warriors to tie it at 4. There would be three more ties before two aces by Wilson and a Worland hitting error made it 10-7.

A 6-0 run would give the Fillies a 20-12 lead. Kills by Bower, Harrison and Wilson, and a hitting error by Worland set up game point. The Lady Warriors hit the final ball out of bounds to give Cody a 25-18 win.

“Defense was definitely what wins games for us,” Shaffer said. “We showed intensity and had a lot of good energy. We were having fun.”