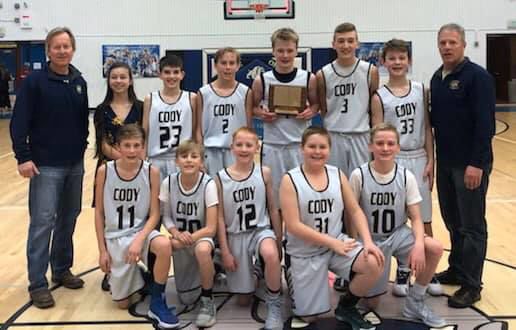 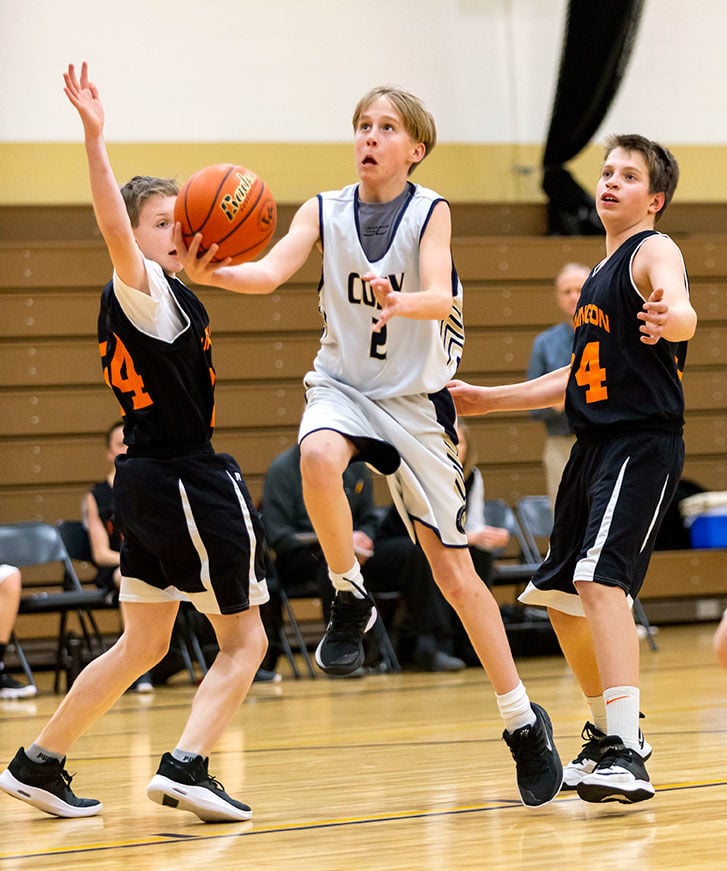 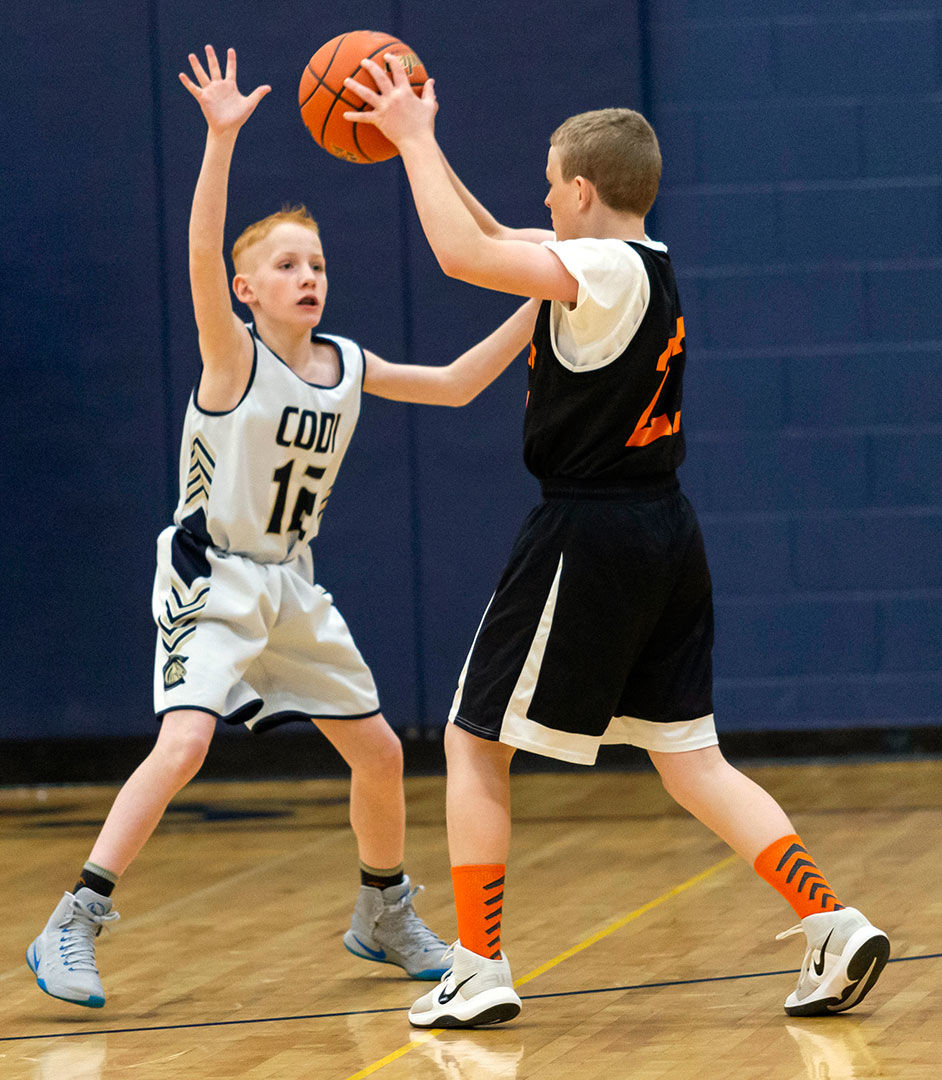 Myles Bailey guards a Burlington defender during a game at Cody Middle School.

Myles Bailey guards a Burlington defender during a game at Cody Middle School.

The Cody seventh grade A and B boys basketball recently wrapped up winning seasons.

The A team finished first at conference and went 14-0 during the regular season.

“If there were ever a season to watch seventh-grade boys basketball, this was it,” coach Pat Nieters said. “Coach Mike Denning and I worked with some of the most enthusiastic, energetic and eager basketball players in the state. The kids were so much fun to be with, on and off the court.”

Cody won all of its regular season games by double figures, averaging 47.5 points per game this season.

“We played each game with determination and grit,” Nieters said. “I didn’t worry too often about the way we worked offensively because this group of boys always found ways to score.

“However, I believe it was our defense that was what separated us from the others. We held our opponents to an average of less than 19 points per game.”

At the conference tournament Cody opened against Rocky Mountain and won 43-17.

“We had never seen or heard anything about Rocky prior to our matchup in the tournament,” Nieters said. “The boys didn’t waste time and jumped on a 14-6 lead at the end of the first.”

Top scorer was Grady McCarten with 17 points, followed by Maddax Ball and Jaxon Hazel with 10 each. Myles Bailey added four and Owen Peterson chipped in two.

In the second game the Broncs defeated Lander 54-17.

“We beat Lander both times in the regular season,” Nieters said. “Our boys went right to work again and put together several fast breaks, layups and crafty shooting to pick up the win. The Broncs did a good job pushing the ball up the court scoring many of their points.”

In the championship game the Broncs defeated Lovell 29-27 in overtime.

“I’m not sure if it was nerves, the thought of playing not to lose or the fact that we had a two-game layover, but this game ended up testing every aspect of basketball for us, and then some,” Nieters said. “It was one of those games where the ball seemed to do everything Lovell wanted it to do. They seemed to get the bounce they needed or an off-balance shot to go up and in the hoop.”

Cody had defeated Lovell two times in the regular season, but this was a different game. Lovell jumped out to an 8-2 lead after one quarter and it wasn’t until late in the fourth quarter that Cody tied the game and ended up going into overtime.

“It was Grady McCarten who put in the four points needed to capture the win, while our defense held Lovell to two points in the overtime,” Nieters said. “The Broncs won in one heart-pounding, season-ending game.”

McCarten finished with 15 points, Ball had eight, and Hazel, Ray and Peterson two each.

“Overall, coach Denning and I are extremely proud of the way the kids played this year. They were such a fun group to watch and work with.

Even more importantly than the game of basketball itself, it was watching how the boys supported each other and how they pushed each other to become the best person they could be.

The B team finished the regular season 12-2 and went 3-1 during the season-ending jamboree in Powell on Feb. 22.

“The B Team was comprised of a Blue, Gold and some shared players from the A Team,” coach Mike Denning said. “They had a great season, only losing to Powell during the regular season as well as the B Team Jamboree at the end of the season.”

“It didn’t matter if you were on the A, B or C team, they had each others’ back,” Nieters said. “We wish this group of fine young gentlemen well and look forward to watching them play in the future. This will most definitely be one group of basketball players to keep your eyes on.”