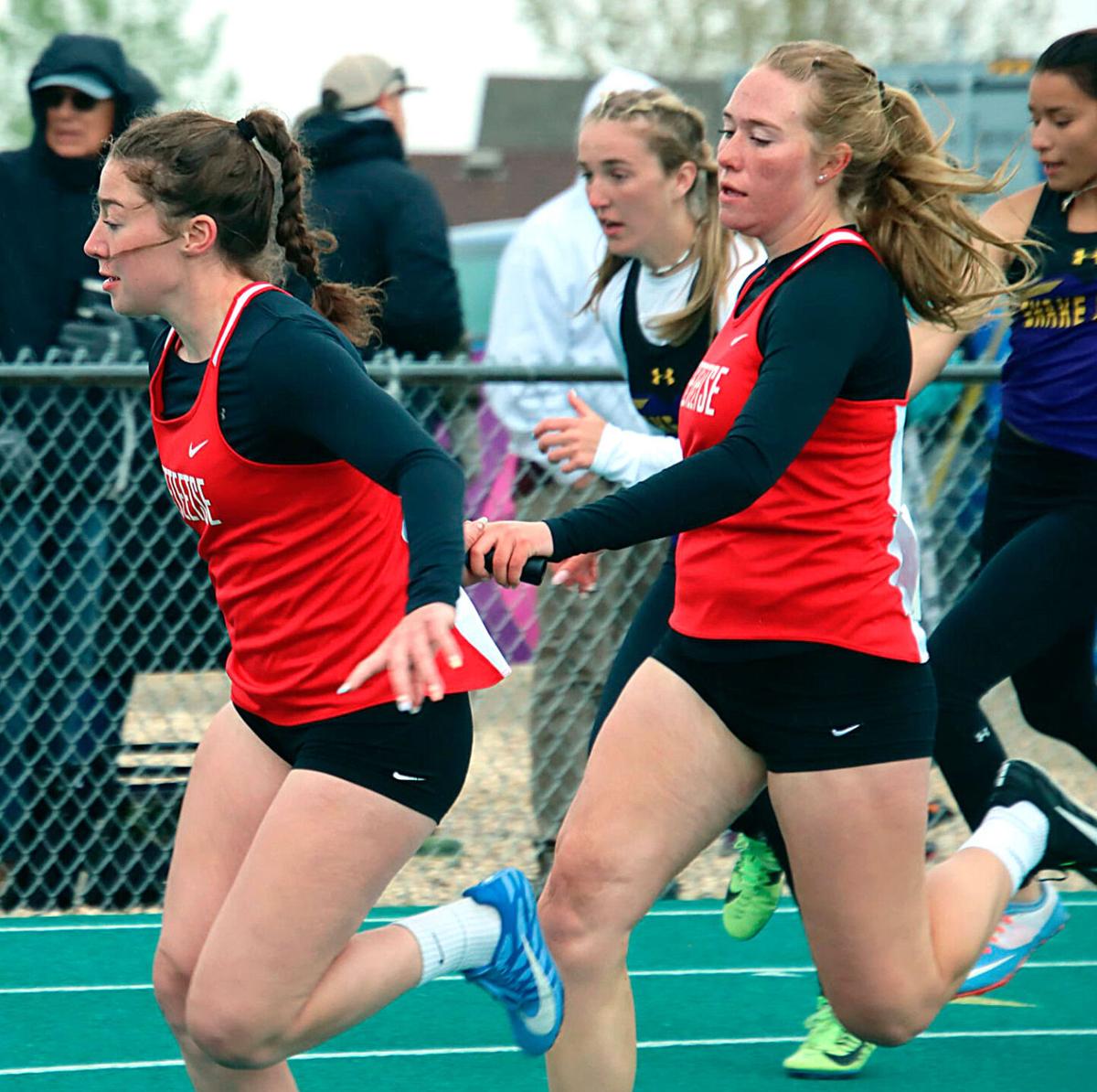 Samantha May hands off the baton to Kennedi Johnson in the 4x100 relay during the state track championship in Casper. (Photo by Angie Erickson) 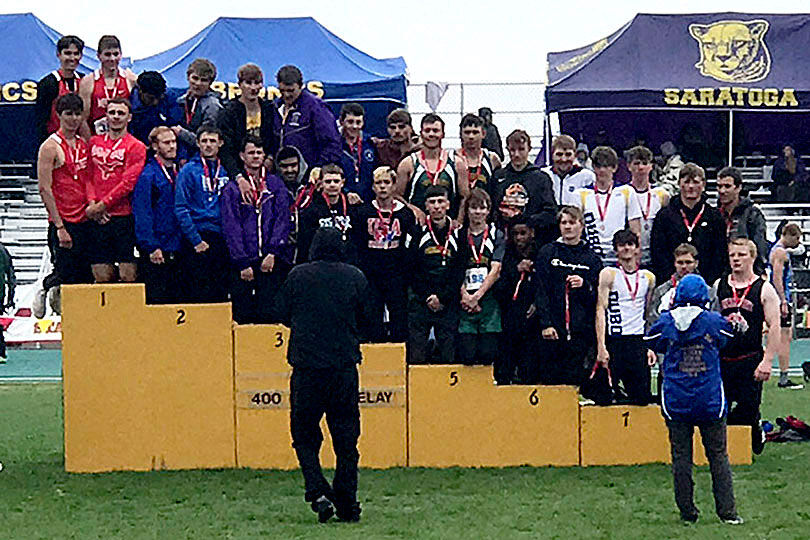 The 4x100 relay team of Tozai May, Jack LaLonga, Dale McBride and Dace Bennett finished first. (Photo by Ernie May) 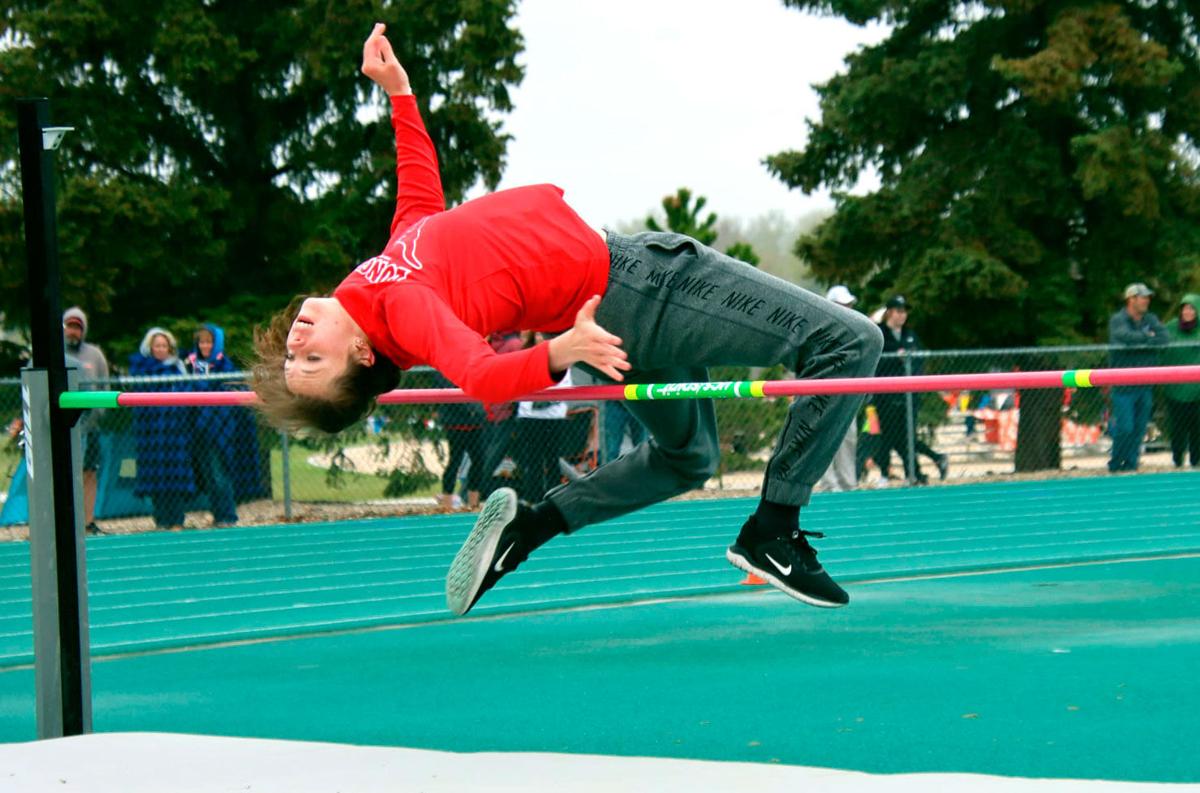 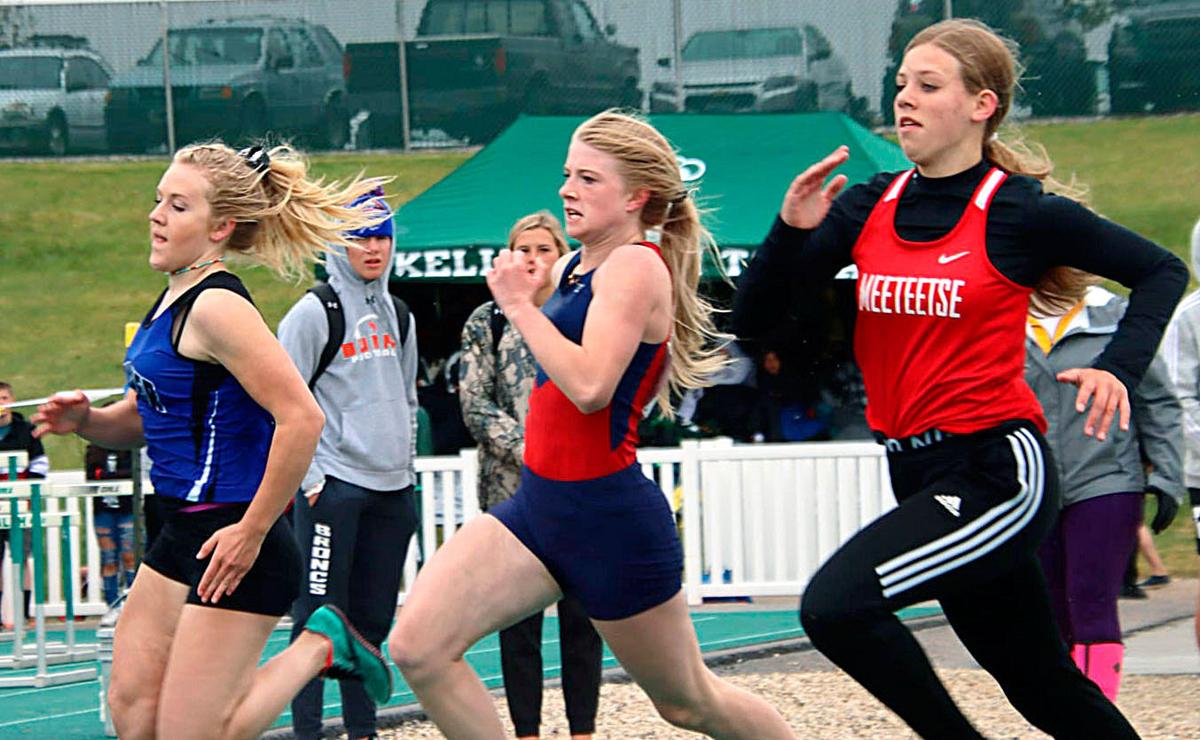 Tozai May competes in long jump. (Photo by Angie Erickson)

Samantha May hands off the baton to Kennedi Johnson in the 4x100 relay during the state track championship in Casper. (Photo by Angie Erickson)

The 4x100 relay team of Tozai May, Jack LaLonga, Dale McBride and Dace Bennett finished first. (Photo by Ernie May)

Tozai May competes in long jump. (Photo by Angie Erickson)

The 4x100-meter relay is given special attention by Meeteetse track coach Ty Myers.

This year that attention paid off, with both teams winning state titles.

Two years ago, the girls 4x100 team ran away with the 1A state title, winning the race by more than a quarter-second. The boys came in second in that race, finishing the relay just 12 hundredths of a second behind the state champions from Upton.

“We got second by a stride,” then-sophomore Tozai May said.

They made sure that didn’t happen again.

When the quartet of May, Dale McBride, Jack LaLonga and Dace Bennett hit the track on Friday afternoon, they blazed past their competition, which included one of the members of the Upton squad that had beaten them by a stride two years earlier. The Upton team finished second, four-tenths of a second behind the Longhorns.

“It was our goal to win it this year since the beginning of the season,” May said. “It definitely felt good to get revenge and championship.”

Robbed of the chance to defend their title last year, the girls took to their lane Friday the clear favorite in the relay. The closest competition in the prequalification to the Lady ’Horns team of Lexi Allen, Samantha May, Abigale May and Kennedi Johnson was the Lady ’Horns team of Ava Bushnell, Allen, May and May. The Meeteetse girls were almost a full second ahead of the next-closest team in the preliminary qualification. In the state meet, they kept that pace, finishing 1.16 seconds faster than second-place Kaycee.

“I was excited,” Samantha May said. “At the moment, I was not really trying to think about it being my last race in high school. I was more just focusing on wanting to run with these girls and do our best.”

“It was pretty neck-and-neck until that third leg,” Myers said. “Kennedi Johnson ran that corner so well, which gave (Abby) a little bit of comfort and Abby just finished it out.”

It’s the first time in recent memory that Meeteetse has swept the 4x100 at state.

“I’ve been coaching track for 15 or 16 years here and that’s the first time I’ve had both (relays) win at the same time,” Myers said.