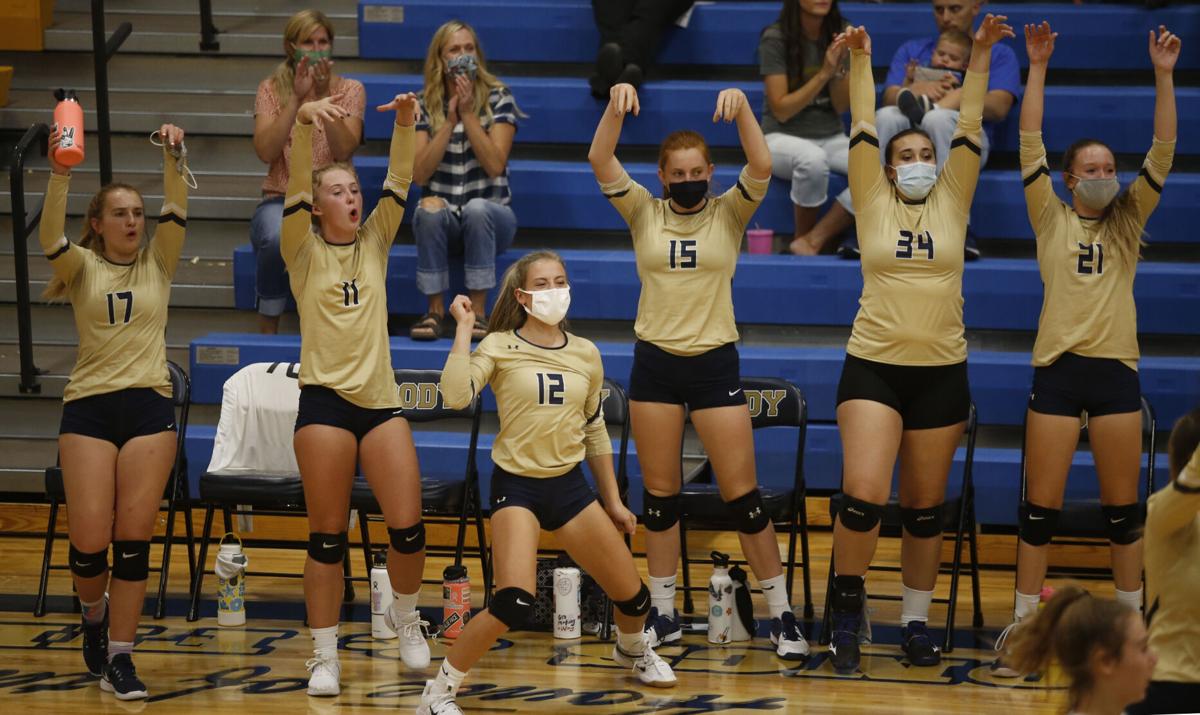 The Filly bench celebrates a block against Thermopolis on Friday. 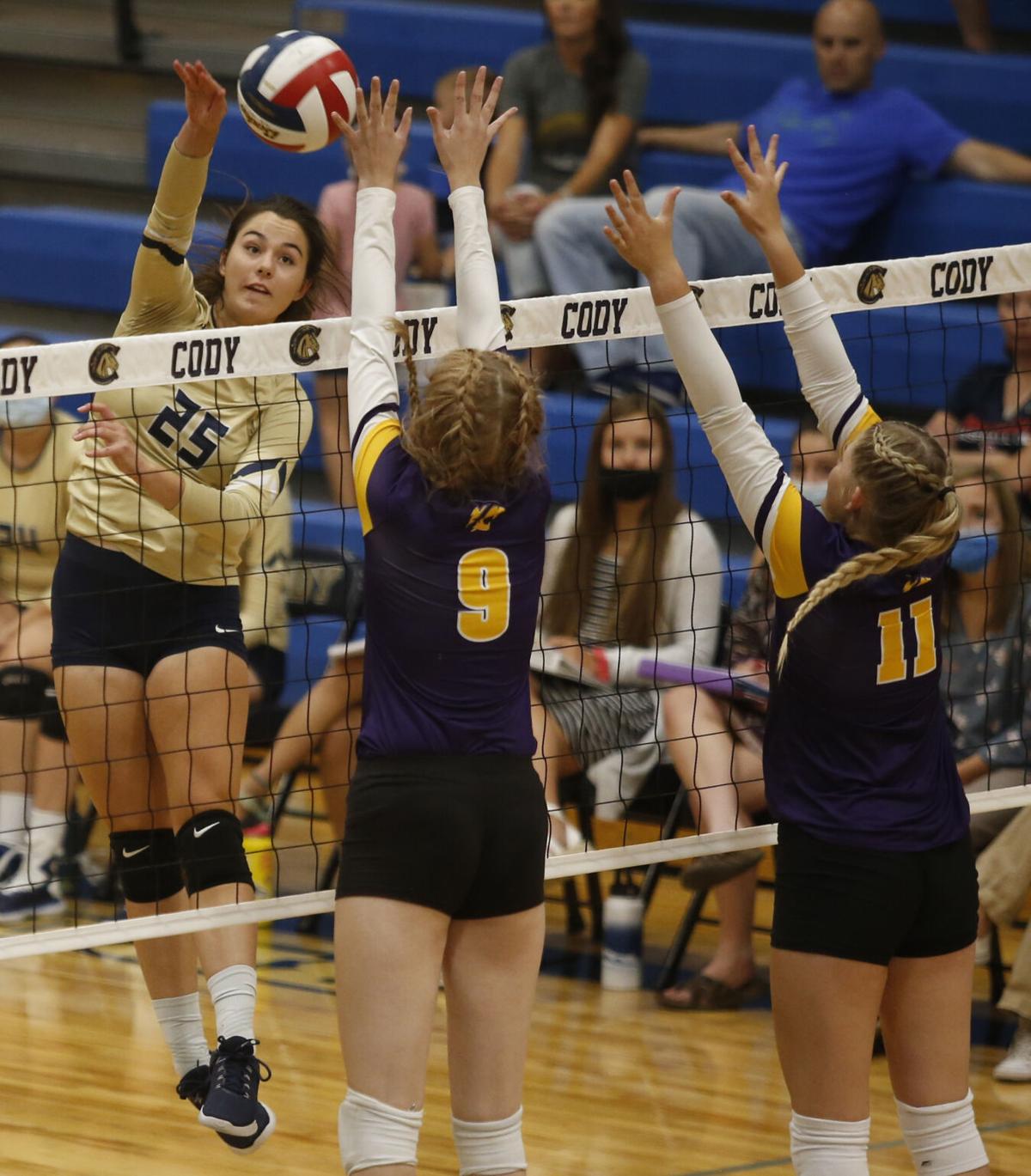 Autumn Wilson tries for a kill. 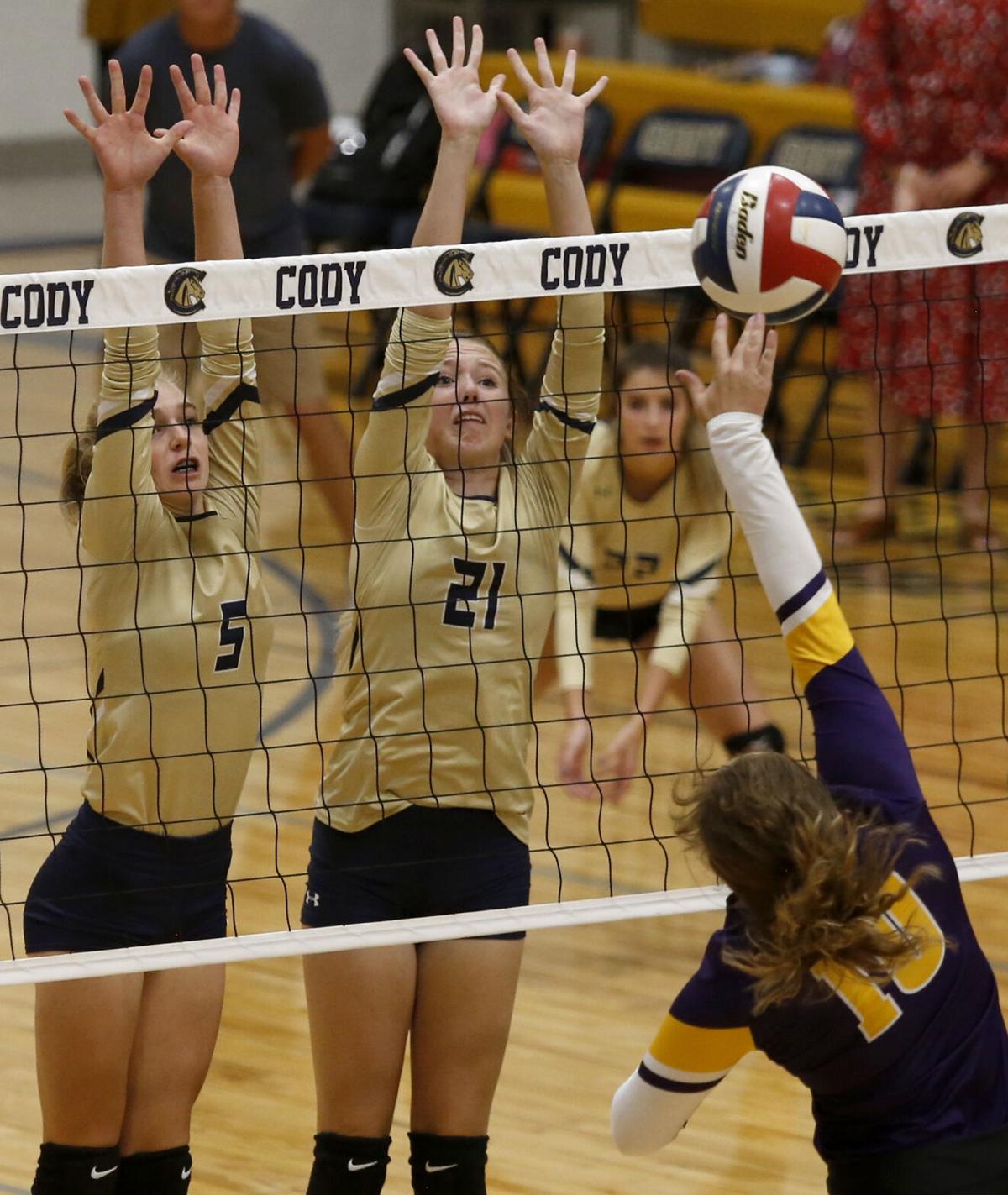 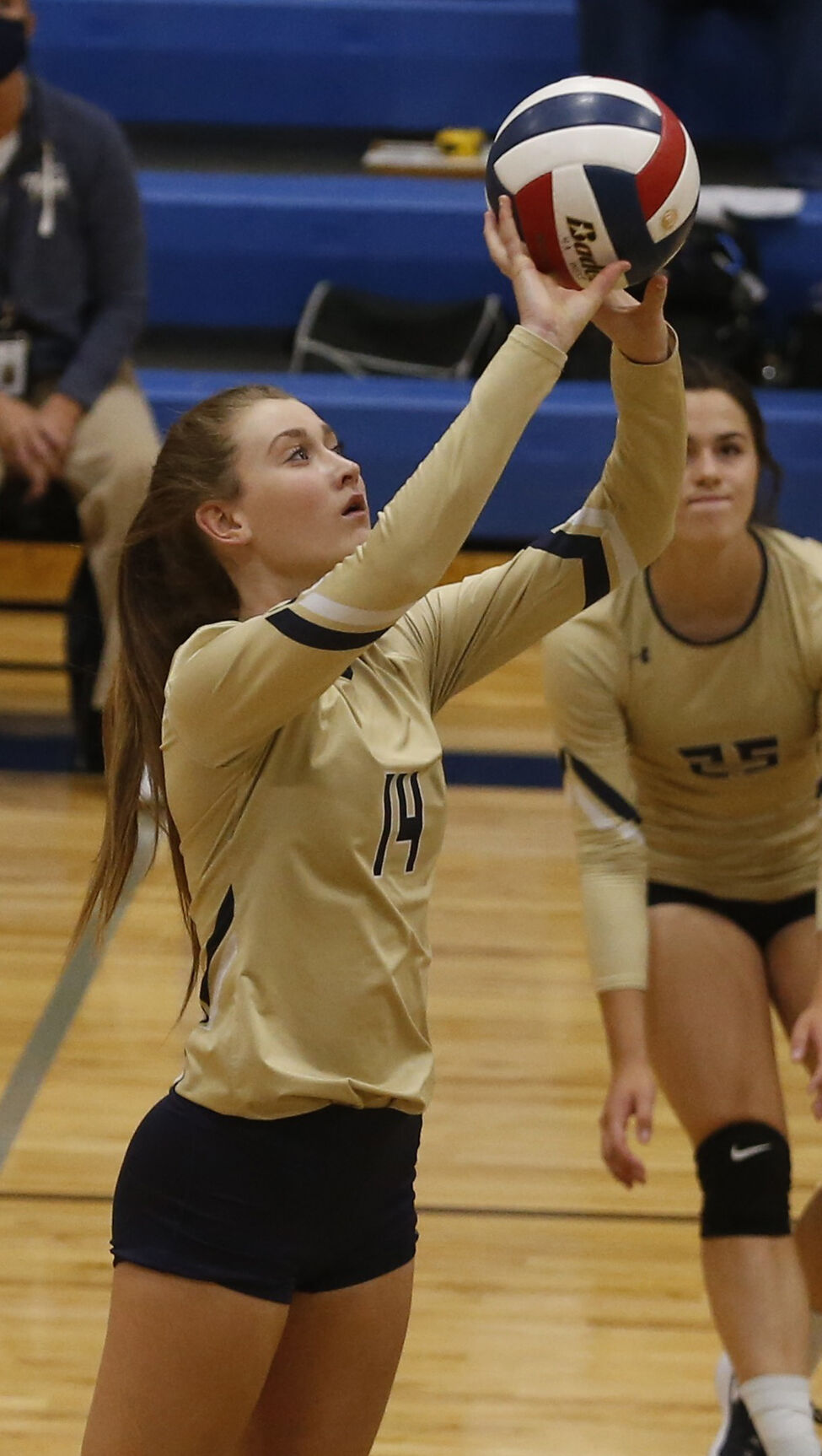 Lake Harrison tips the ball over the net. 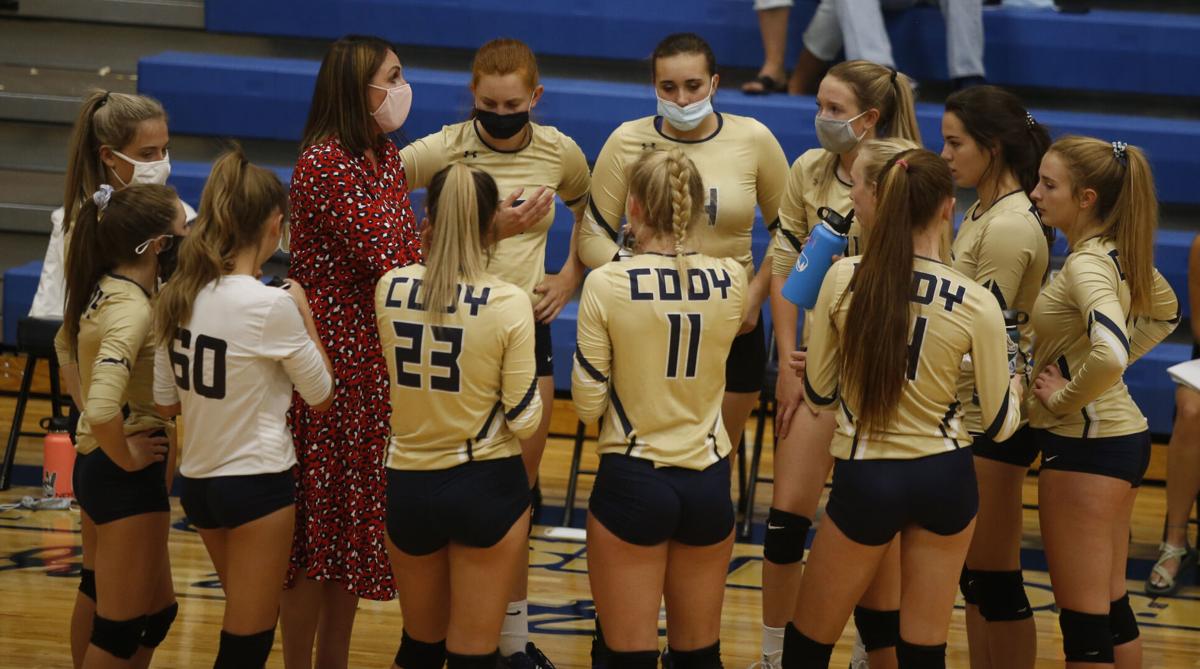 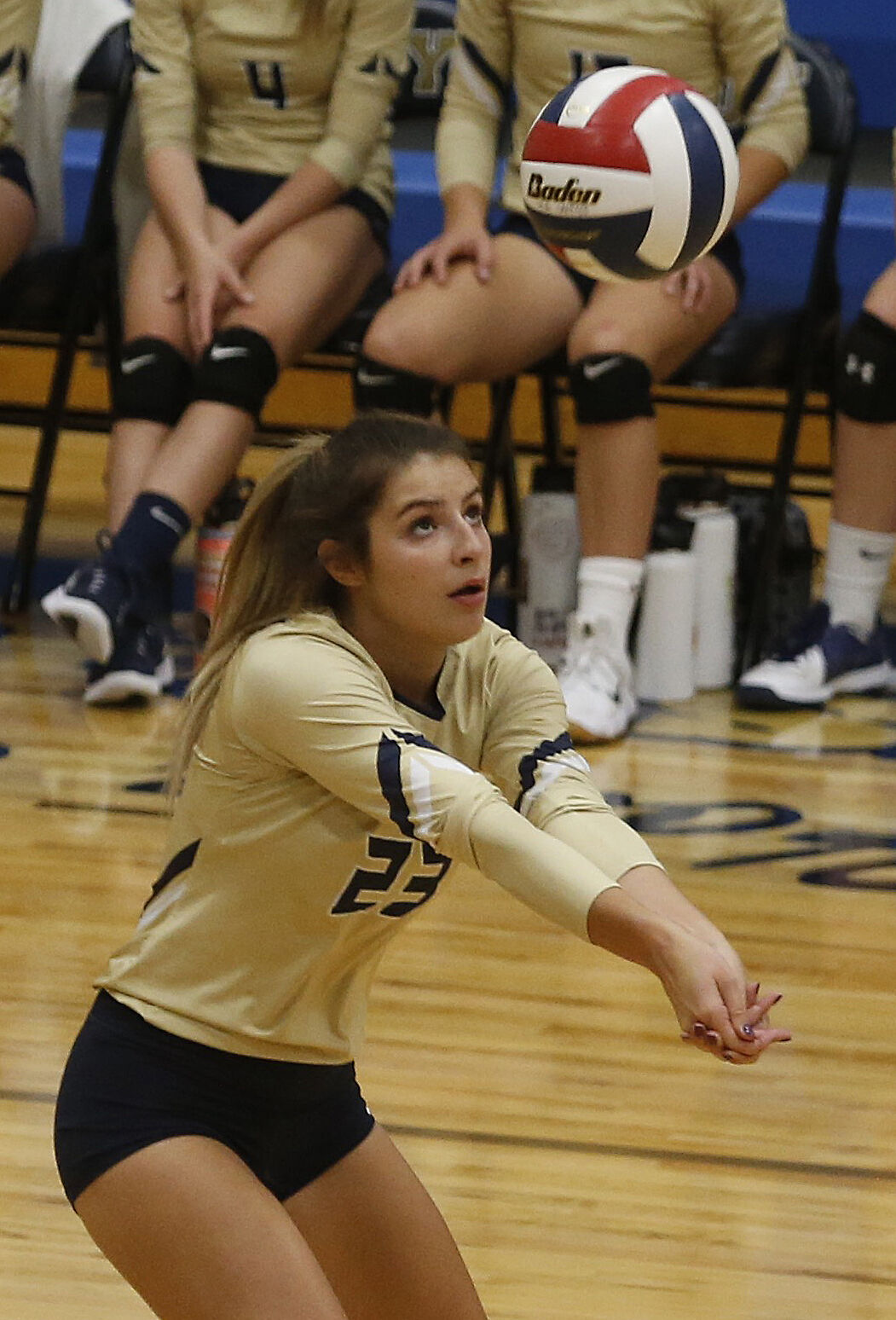 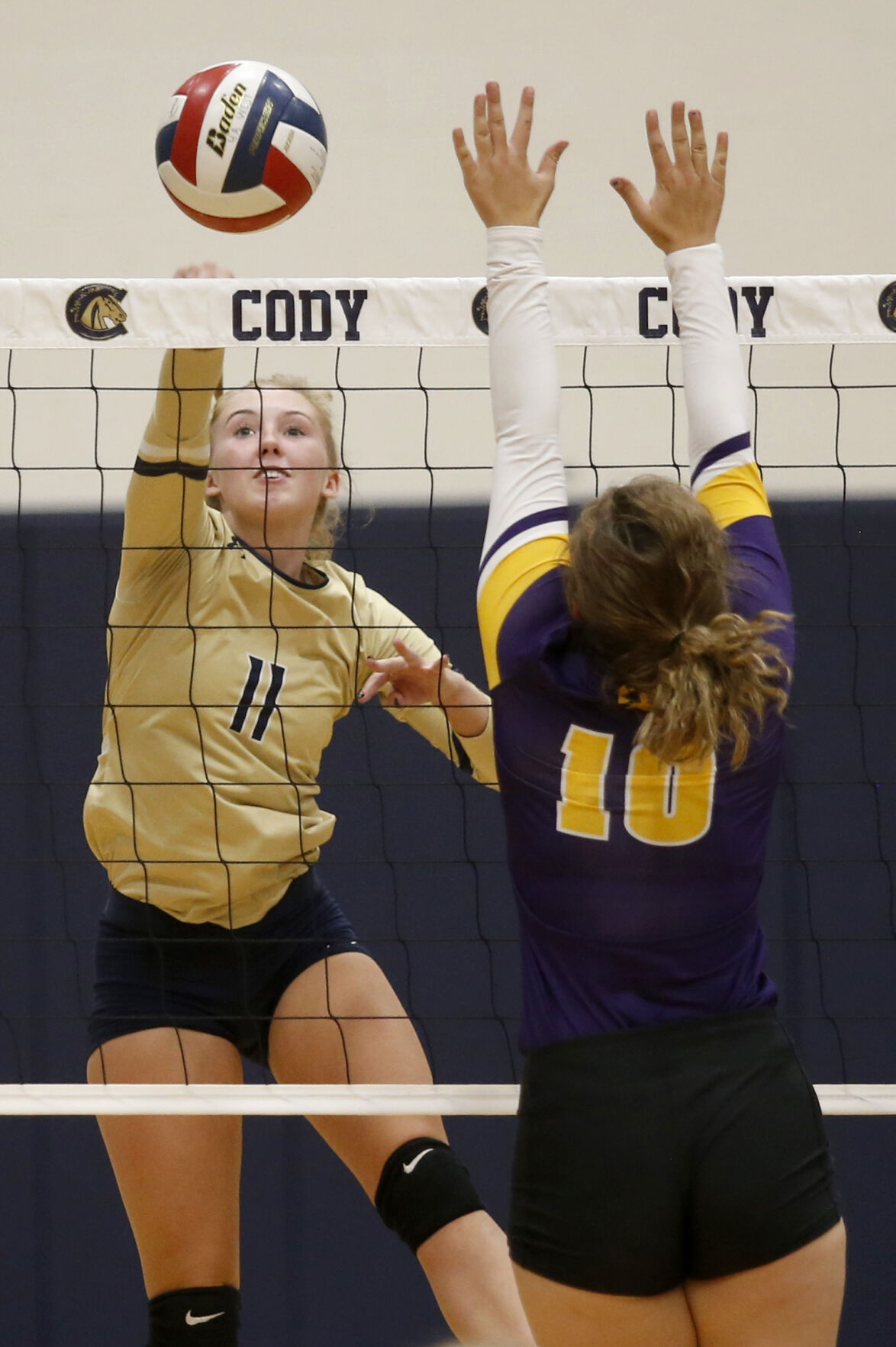 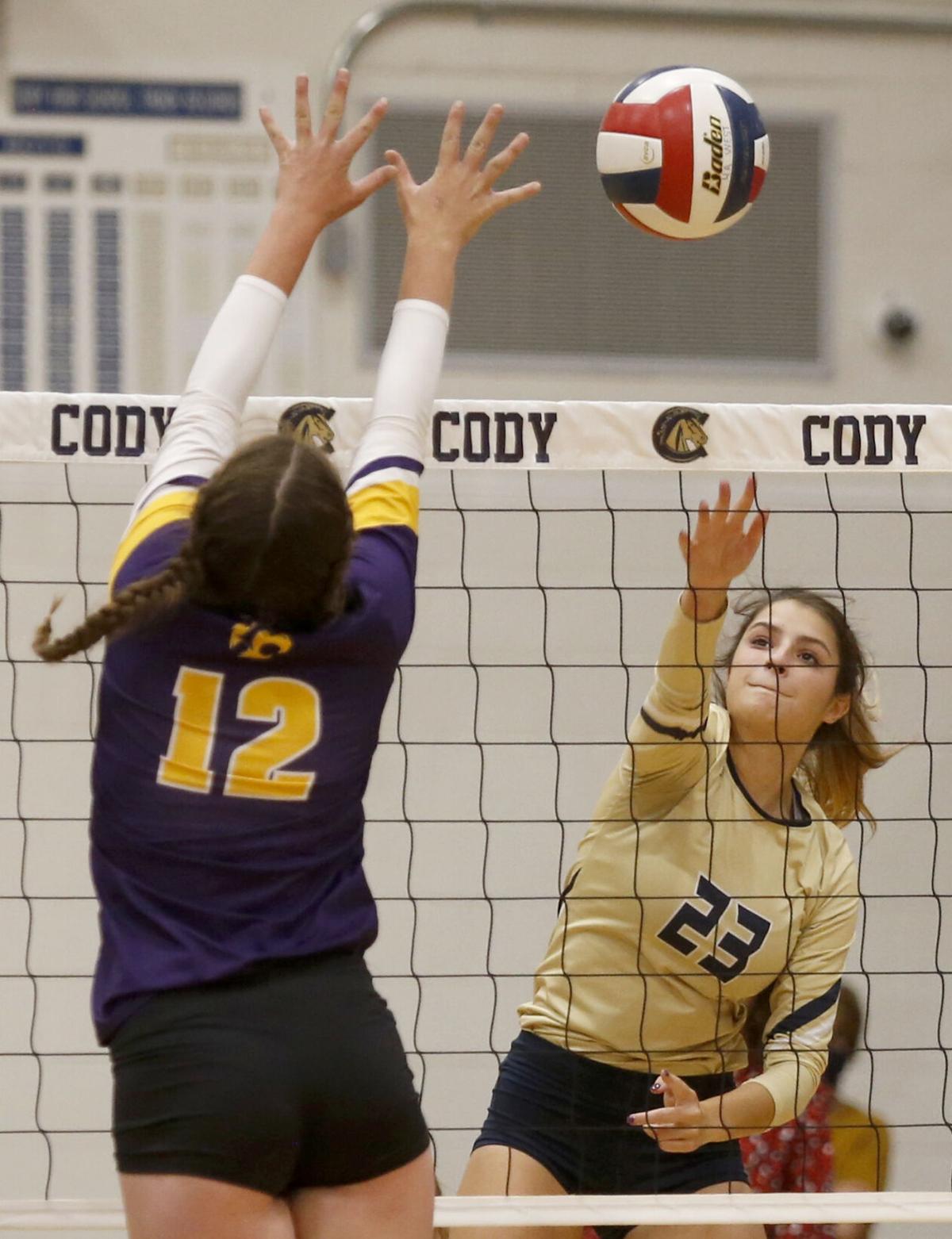 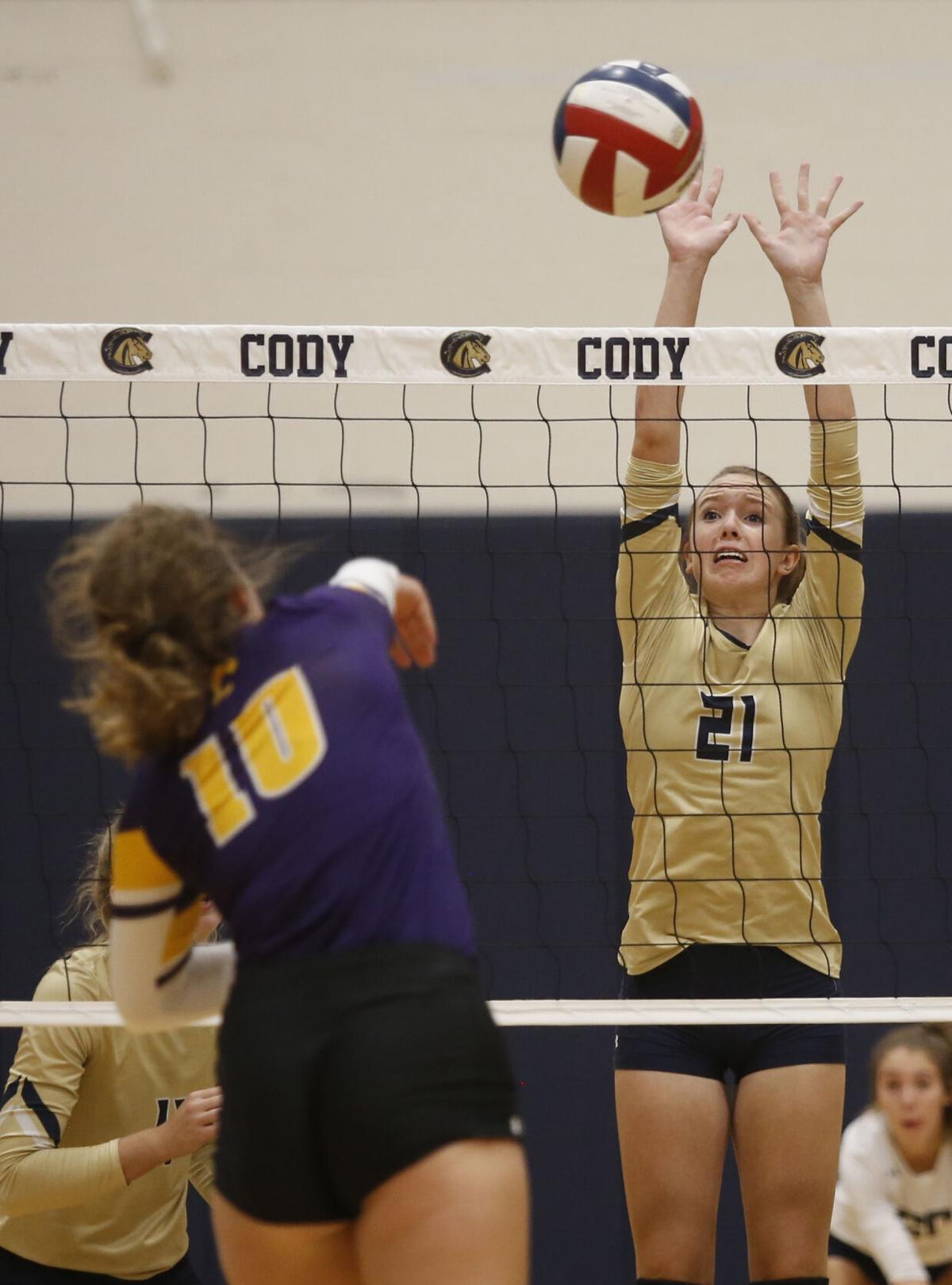 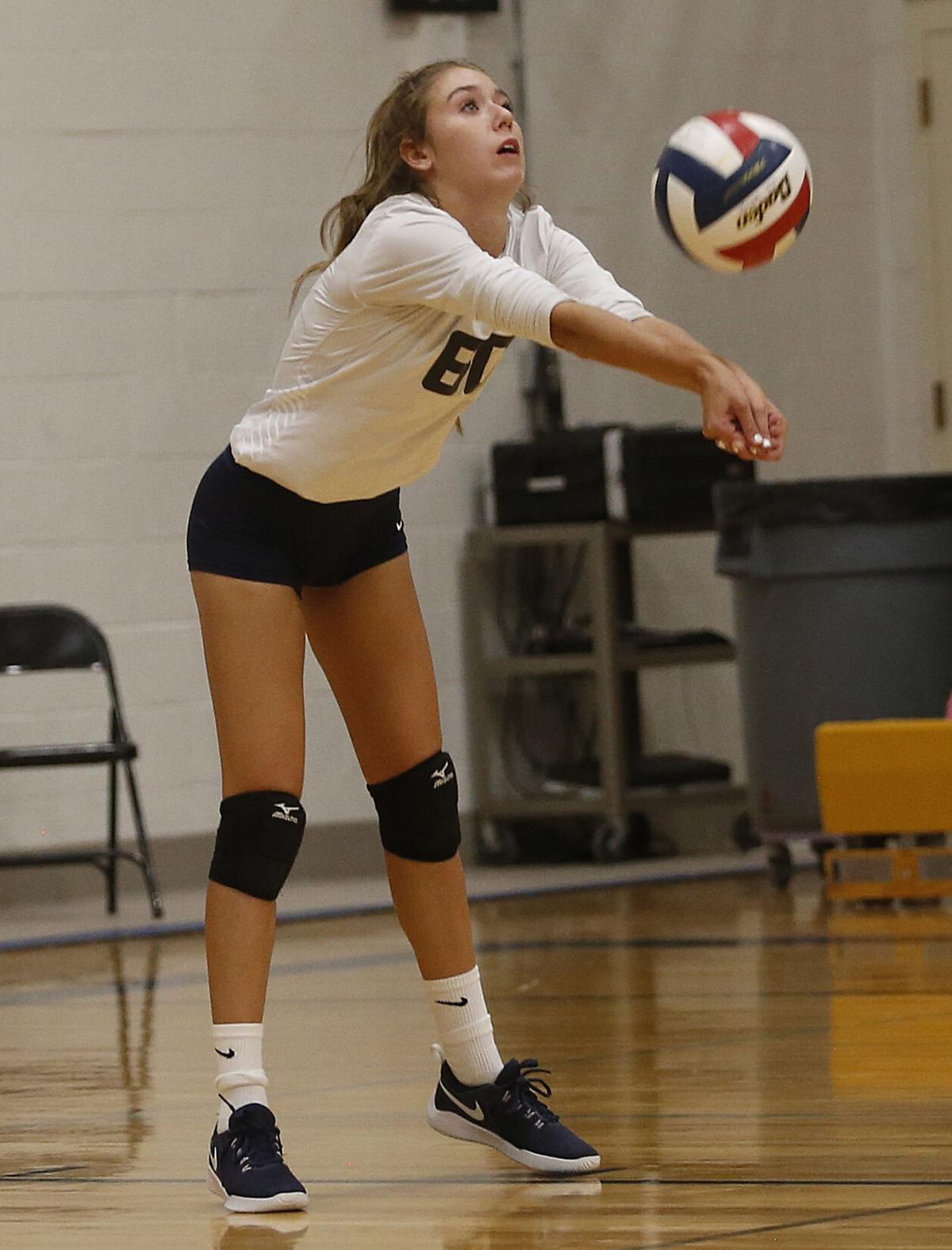 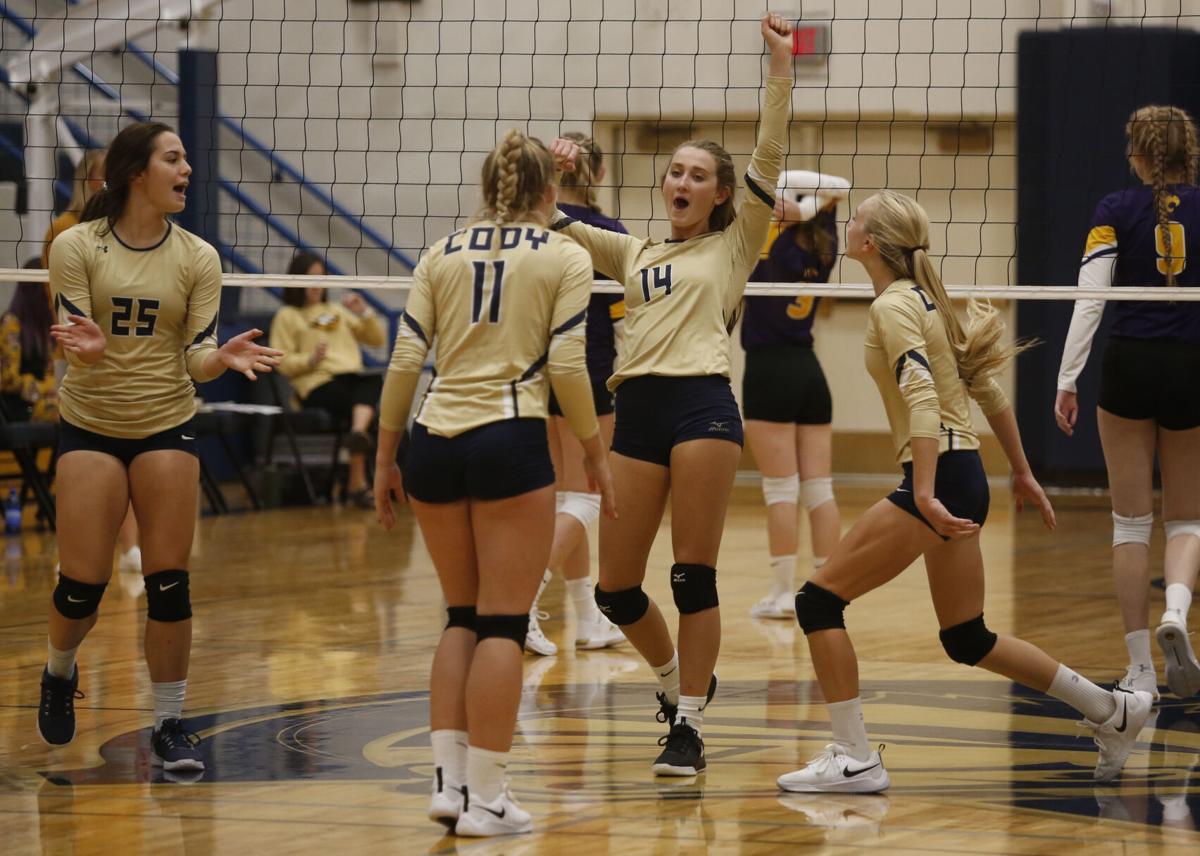 Lake Harrison celebrates after a block.

The Filly bench celebrates a block against Thermopolis on Friday.

Autumn Wilson tries for a kill.

Lake Harrison tips the ball over the net.

Lake Harrison celebrates after a block.

It wasn’t their best match, but the Fillies did enough to defeat Thermopolis 3-2 on Friday.

“Our communication was a big factor,” Shaffer said. “When we don’t talk, things go downhill for us.”

Cody was out of sync for much of the first game, losing 25-21. The Fillies kept it close early on, but then the Lady Bobcats outscored the Fillies 9-2 to take a 17-8 lead. Cody had multiple hitting errors during the run and struggled to pass as well.

Trailing 18-10, the Fillies finally got some momentum and went on a 7-1 run which included three kills by Wilson to make it 18-14. Cody eventually pulled within one point at 20-19, but two errors and an ace by Thermopolis made it 23-19. Kills by Shaffer and Bower pulled the Fillies within two once again, but the Lady Bobcats scored the final two points for the win.

“Our energy and intensity was lacking,” Shaffer said.

The second game was a complete turnaround from the first, with the Fillies never trailing and winning 25-8. Cody jumped out to a 5-1 lead after an ace by Bower, and a tip and kill by Wilson. A 5-0 run, which included a block by Reece Niemann and kill by Shaffer, made it 14-5. The Fillies closed out the set with an 11-2 run that saw multiple kills by Hays and two aces by Bower.

Cody came out for the third set and once again struggled, carrying over none of the momentum from its win. The Fillies quickly found themselves down 6-1 and a short time later trailed 14-3. An error by Thermopolis finally gave Cody a point.

As far as they were down, the Fillies managed to get back in it. With Reece Niemann, serving the Fillies scored three straight on two aces and a kill by Bower. A Lady Bobcat net serve and tip by Shaffer made it a six-point game. An 8-3 run made it 19-18 Lady Bobcats, but Thermopolis maintained the slight edge until a kill by Shaffer and tip by Lake Harrison tied it at 22. But the Lady Bobcats scored two in a row to set up game point and ended up winning 25-23.

The Fillies scored the first point of the fourth set on a kill by Wilson and played much sharper throughout. An ace by Kennedi Niemann made it 5-4 and while Thermopolis kept it close for a while and tied it at 8, the Fillies never trailed the rest of the way. A 7-2 run put them up 15-10 and they led 19-11 a short time later after a run that included kills by Wilson and Harrison, and aces by Bower. The Fillies won 25-18, earning the final point on an ace by Shaffer.

Cody managed to keep the momentum going into the final set. Leading 6-3 after a kill by Shaffer, the Fillies continued to extend their lead, taking advantage of some Thermopolis errors and miscues. Up 12-7, a kill by Wilson and block by Hays and Reece Niemann set up game point. The Lady Bobcats were called for a carry on the final point as Cody won 15-7.

“Even though we struggled, we stuck with it,” Shaffer said. “When we got to game five we had enough intensity and grit to get the job done.”