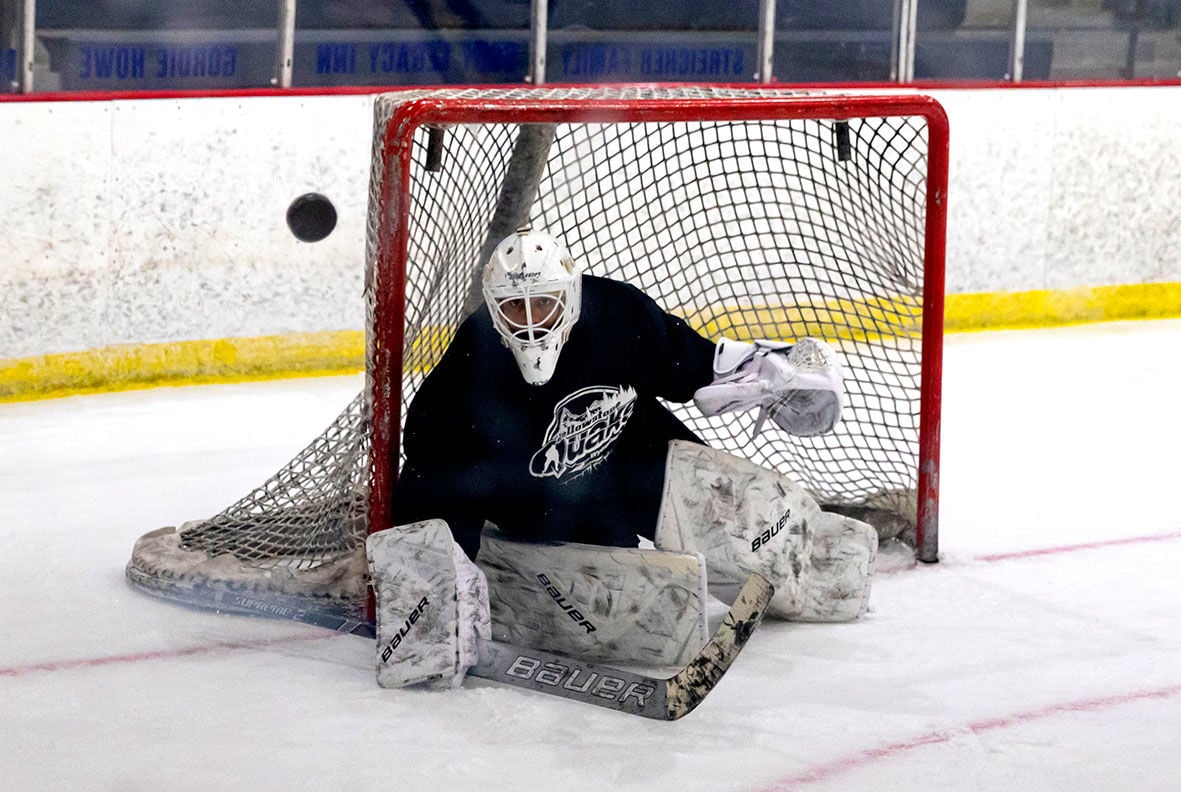 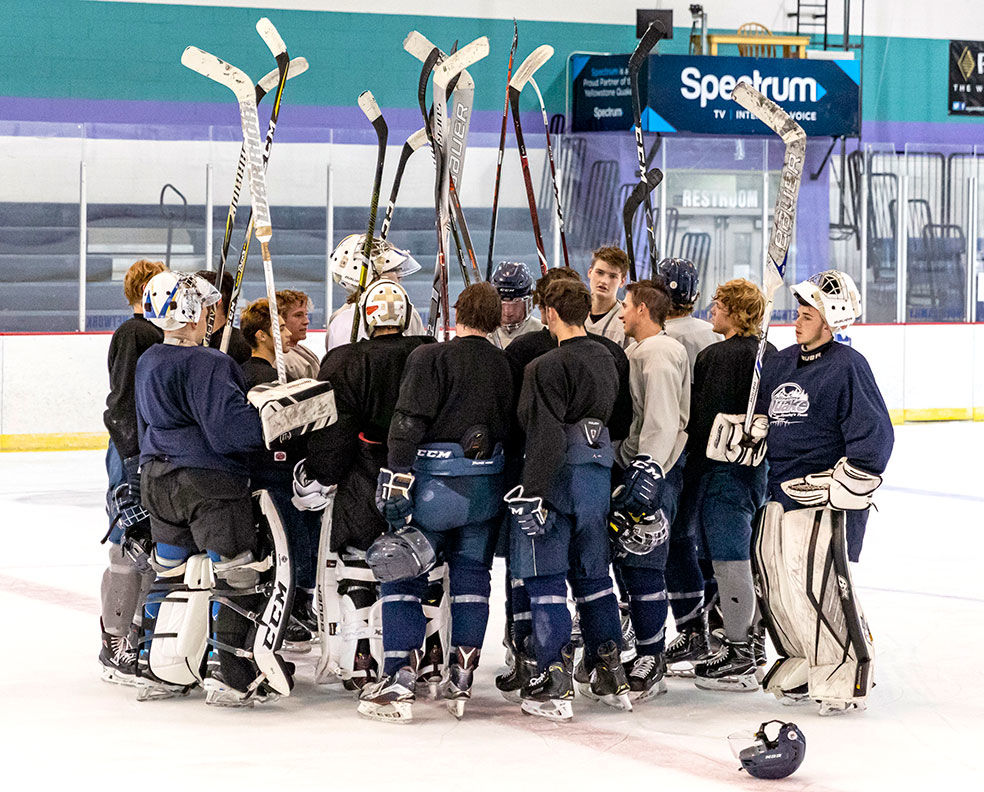 The team comes together in a huddle after practice. 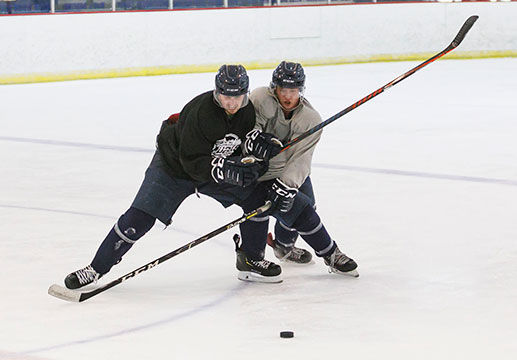 The team comes together in a huddle after practice.

Michael Allman is not bulletproof, but at times last season he looked it.

There were no visible perforations or holes in Allman the other day as the goalie prepared for his second season with the Yellowstone Quake.

At times teammates and coaches portrayed him as a virtual hero for withstanding so many pucks.

“We’re going to be a lot better,” said Allman, who decided to return to the Quake in August.

It was a trying season for first-year coach Phil Oberlin, skating an often short-handed team that was also short on experience and had difficulty scoring.

“We should score a lot more goals,” said Oberlin earlier this week.

The Quake opens the 2019-20 season (a week earlier than last year) against defending league champ Helena on Friday and Saturday nights at 7:30 p.m. at Riley Arena.

“It was very much a learning year last year,” Oberlin said. “We’re pretty excited. Everyone is happy with where we’re at. The atmosphere has been positive. The guys that have come back, those guys are more mature, not just their hockey. They know what to expect. They have goals they want to reach.”

Oberlin had players report a week earlier than last year to bond and made it possible for them to get to know one another through off-ice activities.

Just Sunday the Quake traveled to Yellowstone National Park. They have also hiked Cedar Mountain and Heart Mountain together.

“It’s just the team’s chemistry is different,” said returner Ryan Lovelace of North Carolina, again the smallest player on the squad at 5-foot-5 and 110 pounds. “We have a lot of returning guys and we learned how to face losing. If you take a couple of losses, don’t get too down. I think I’ve grown as a hockey player.”

The current roster has 11 players who skated at least part of the season for the Quake last season. As is always the case this time of the year, other players may be added.

This is Harris’ third season affiliated with the Quake. He appears stronger after an off-season of weight lifting. He also was part of the team’s Fraser Cup-qualifying team and part of the losing team of last season.

“I know what both feel like,” he said. He said the best thing this year’s group can do is “play with no nerves.”

One newcomer is Will Sobalski, a 6-4, 220-pound winger who was recruited after being spotted by Oberlin and assistant coach Zack Tucklaper in an event in Detroit. He visited Cody in July, saw the town and met players.

“I loved it out here,” Sobalski said.

He saw Yellowstone for the first time with the team, but said his favorite part was the drive, crossing Dead Indian Pass.

Sobalski is not unaware of last year’s losing record, but he senses, like the others, that things will change.

Kirwin Johnson, the Meeteetse multi-sport athlete, whose older brother Carter Johnson spent several years with the Quake and is playing at the University of Jamestown in North Dakota, is following his path.

Carter was attending high school and playing Longhorn sports while playing for the Quake. Then he spent a free-and-clear year skating only.

Kirwin admitted Carter’s choice gave him the idea to do the same this year after high school graduation.

“I wanted to get a full season in,” Kirwin Johnson said. “It will be a little bit different (without so many other obligations).”

As a group, Quake players hope this season will be a lot different on the scoreboard than last year.