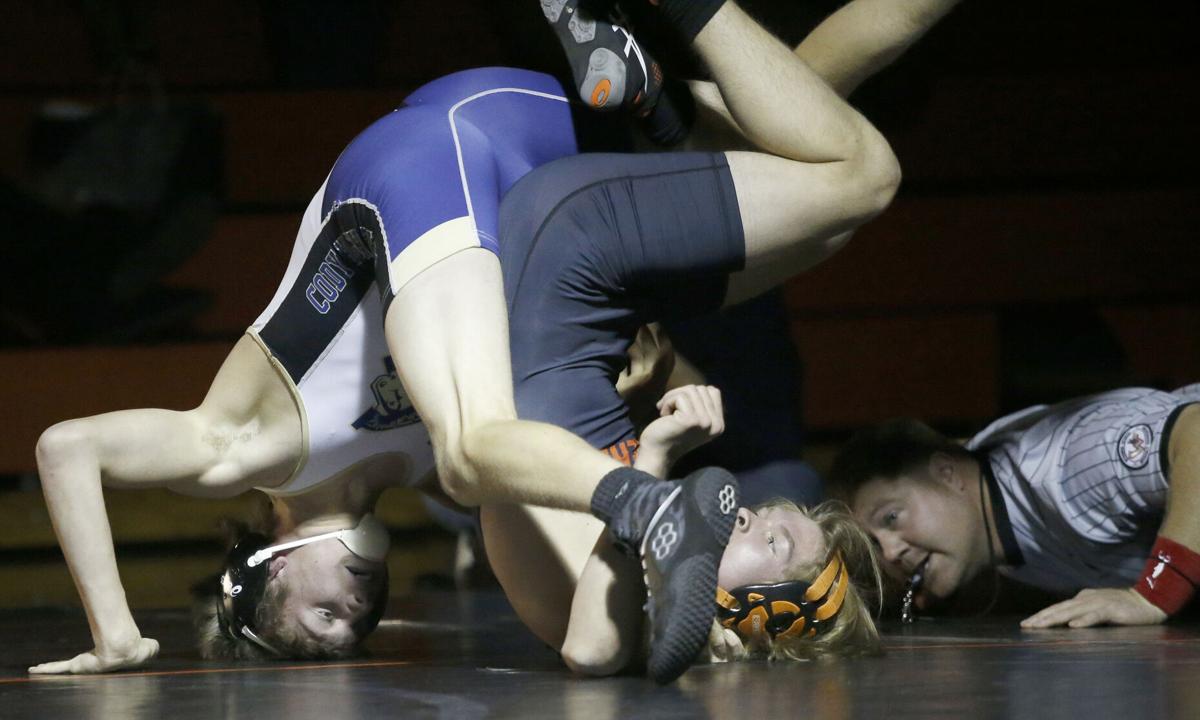 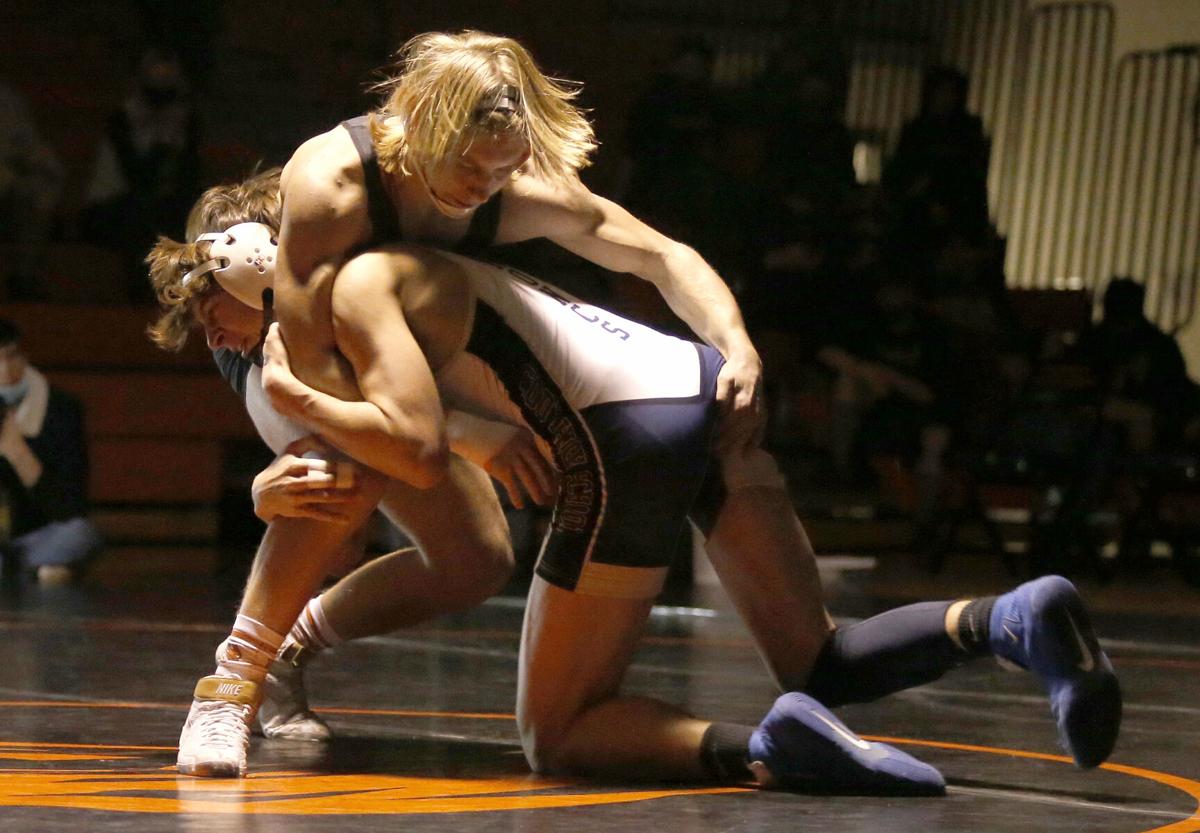 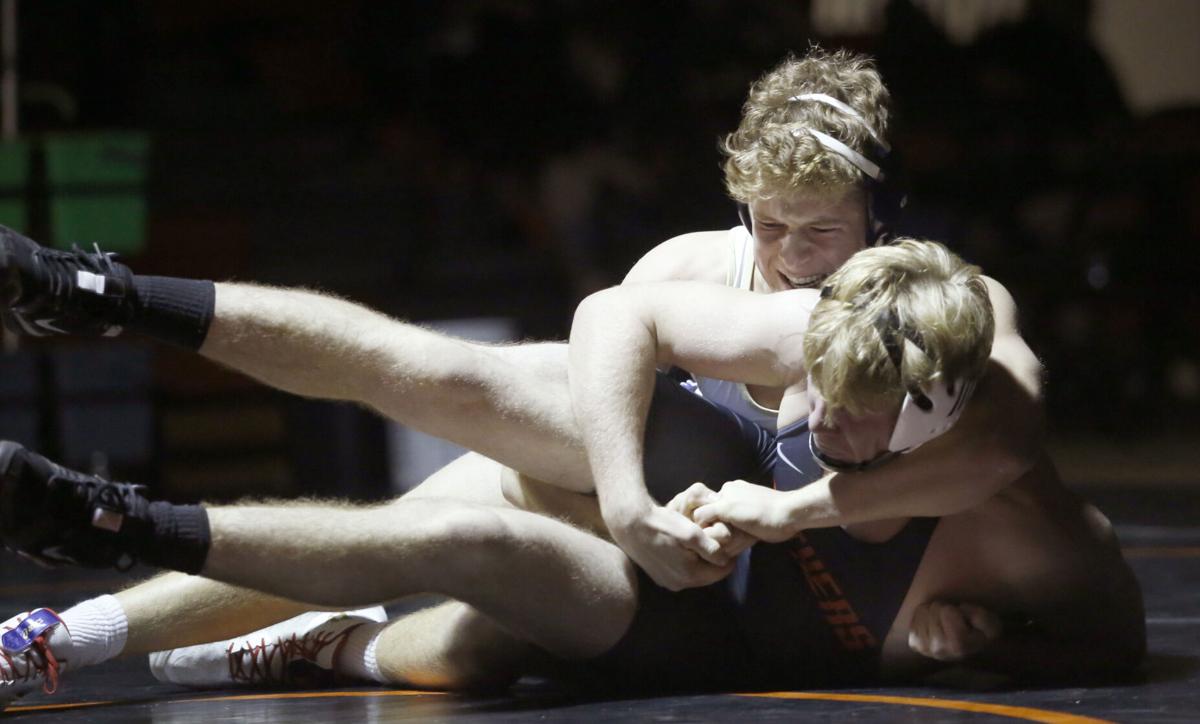 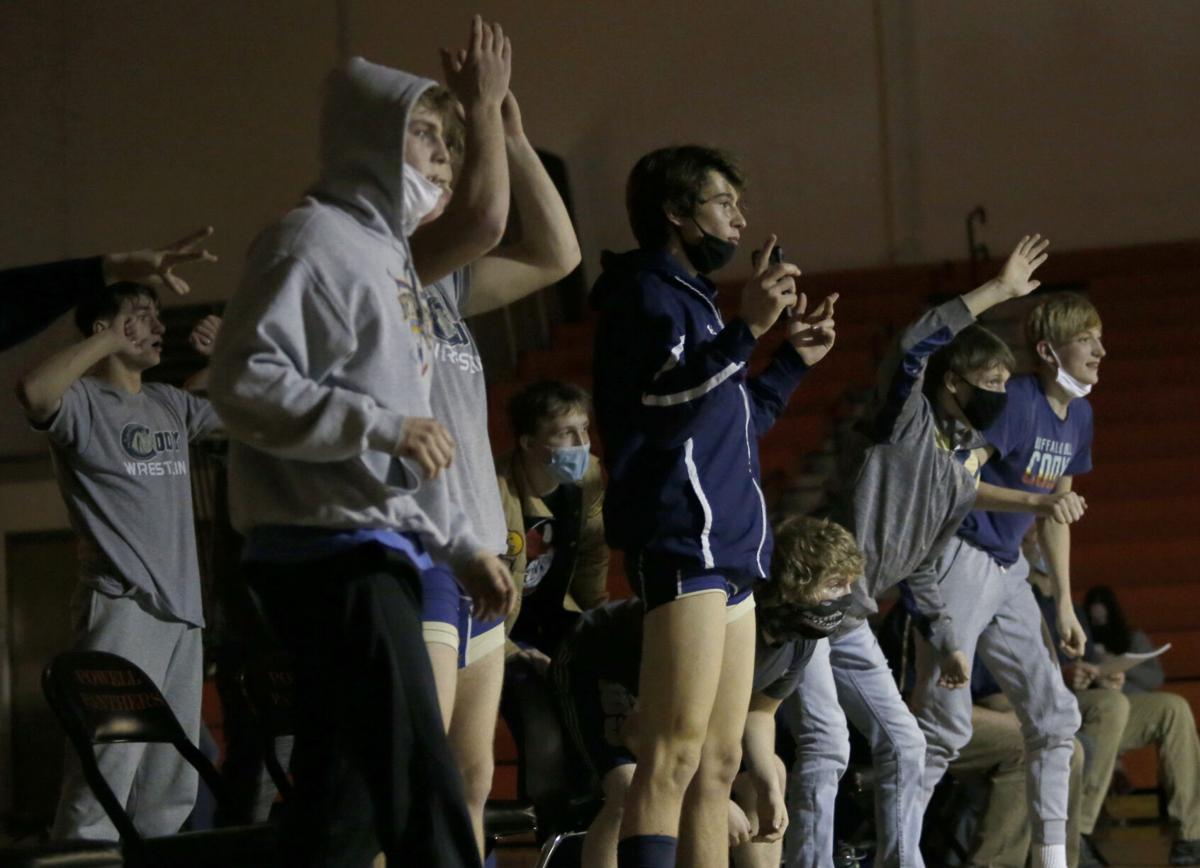 The Cody wrestling team cheers on Danny Becker in the final match of the night in Powell. 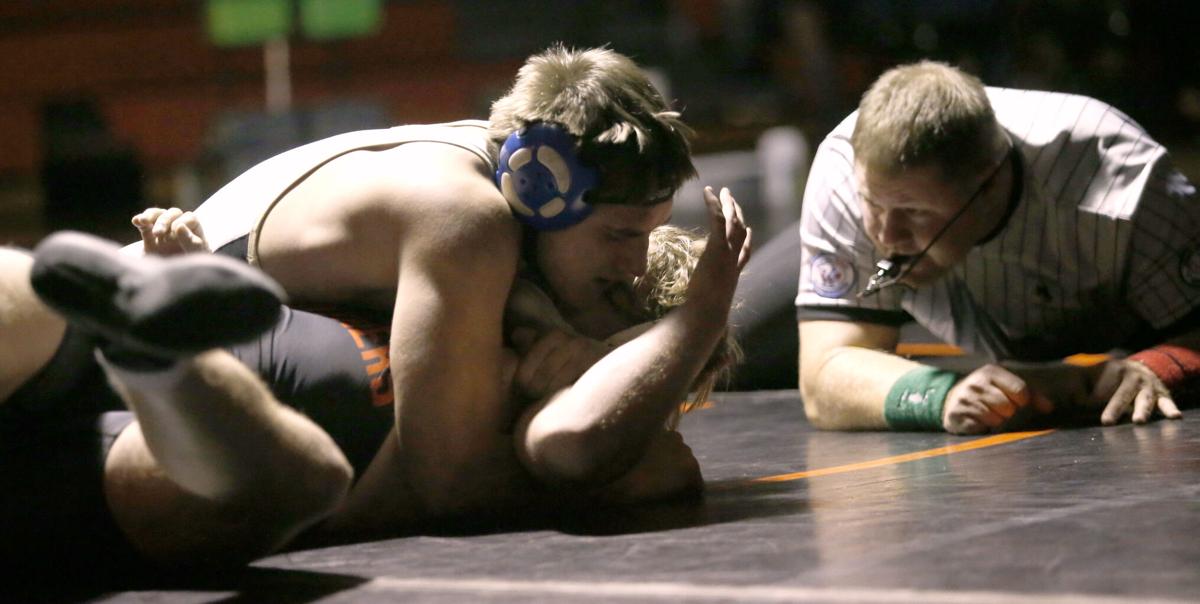 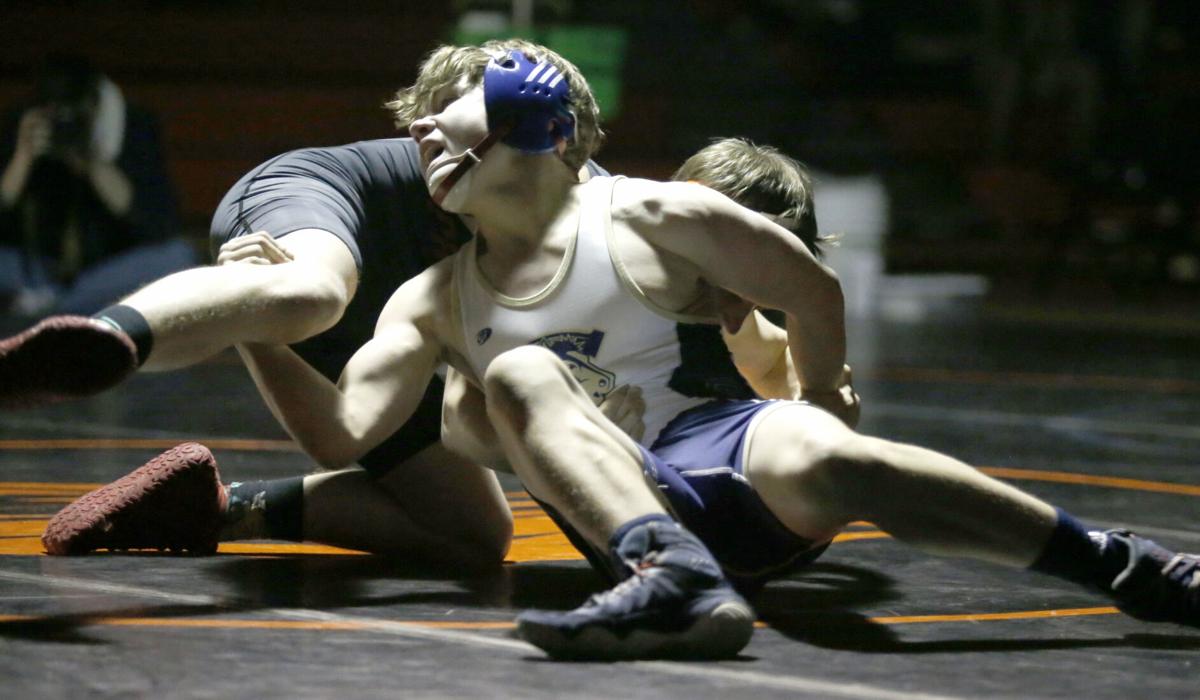 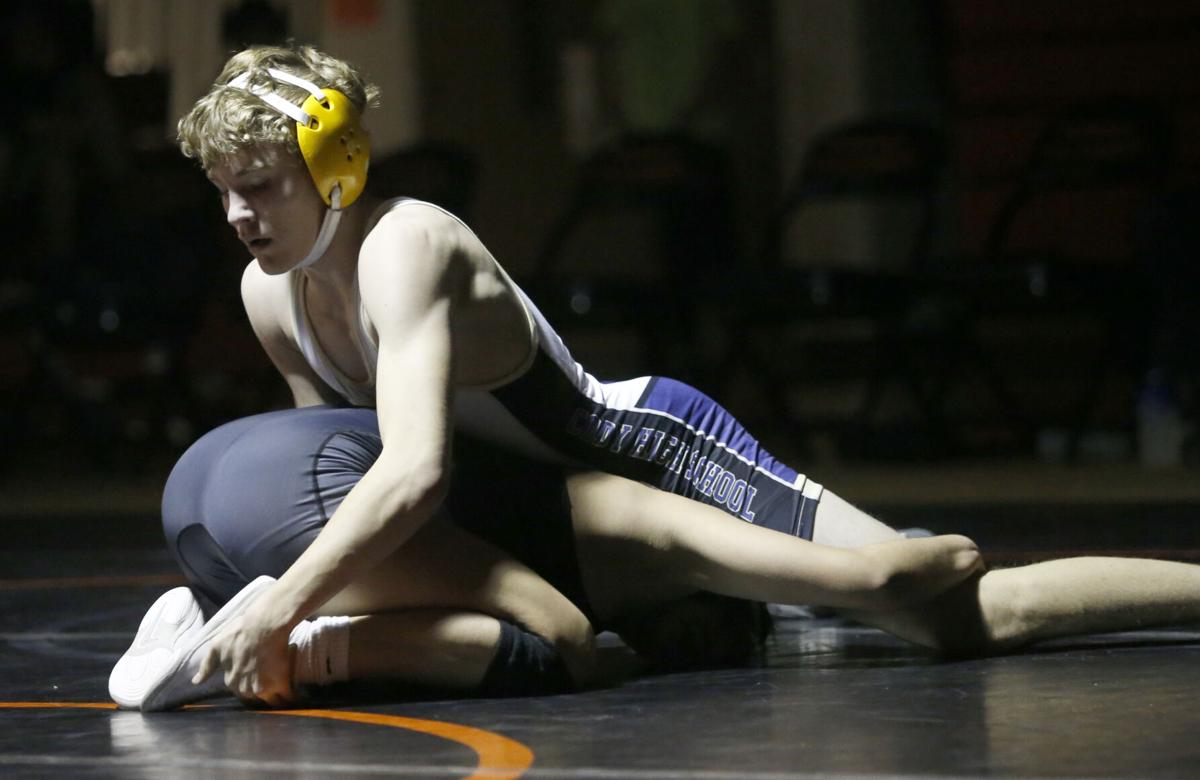 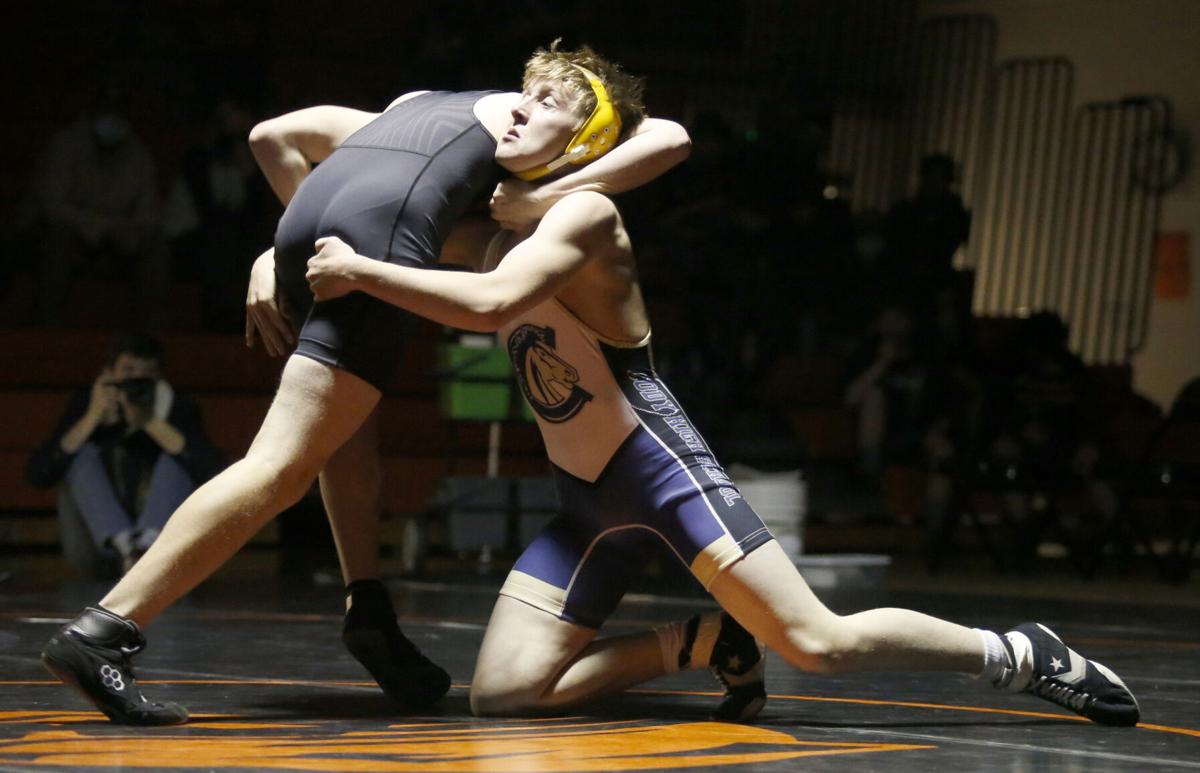 The Cody wrestling team cheers on Danny Becker in the final match of the night in Powell.

It came down to the final match in the wrestling dual between Cody and Powell on Tuesday night.

The Broncs trailed 37-35 after coming back from an early 27-0 deficit. Wrestling above his actual weight class, Danny Becker (285 pounds) needed to defeat Nevan McDonald to clinch the win. Becker, closer to hitting the 220 weight class, earned a takedown after some circling and got McDonald on his back for a nearfall. When he pushed him to his back a second time, he earned the pin in 1:50 to give Cody the 41-37 win.

“The first half we came out rough, but we knew the good seniors were gone and we had a chance this year,” Collin Lindemann said. “It felt great to see my teammates win.”

Becker’s victory was part of a string of late wins for the Broncs, which coach Trev Wood said was awesome to see.

It began with Jackson Wood (160) against Riley Bennett. It was a match coach Wood said they weren’t sure about, and it went back and forth for awhile.

“Usually I’m pretty nervous before a match, but I was chill and took it nice and easy,” he said.

Wood took an 8-5 lead in the second and in the third he took advantage of a mistake by Bennett to put him on his back in 4:16.

“I wrestled better than I have against him,” Wood said. “I stayed in good position and wanted to catch him when he made a mistake. Once I saw it I took the opportunity and pinned him.”

Grayson Beaudrie (170) dominated Stetson Davis but couldn’t quite get the pin. He had six nearfalls in the match but had to settle for a 25-10 technical fall win.

Powell’s Lannon Brazelton earned the first takedown over Keaton Stone (182), but the senior got a quick reversal and nearfall to take the lead. He earned a 1:30 pin.

Lindemann (195) earned a big win for the Broncs over Karson Lamb. Lamb dominated the first period with two nearfalls to lead 8-2.

But in the second with Lindemann on top he managed to turn Lamb and put him on his back, earning a pin in 2:44.

“When he got me in the scissors I wanted to throw up but when I got top I thought, ‘I have to pin him because he’s heavier,’” Lindemann said. “It was a reverse half and I rotated his shoulders. I was excited. There were so many things going through my head.”

“We all wrestled hard from the beginning,” Jackson Wood said. “We knew we could be in it and could go out and win.”

While the latter half of the dual was all Cody, the early matches went to Powell.

“Ty hung with the defending champ he just made some simple mistakes,” coach Wood said.

“Kash not giving up a pin was important,” coach Wood said.

Cody also was open at 106 and 132, with both Taylor Baggs and Micah Grant out due to COVID-related issues.

“That’s 12 points gone and it made it too close of a dual,” coach Wood said. “We would have scored points at both 106 and 132 if Taylor and Micah would have been here.”

Down 27-0, the Broncs picked up their first win when Ghavin Vance (138) pinned Mikey Timmons. Vance was ahead 8-2, but in the third period Timmons got a reversal and nearfall to make it 8-7. A reversal by Vance gave him the advantage again and he pinned Timmons in 5:26.

“Him getting a pin was huge for us,” coach Wood said.

“Brady battled and didn’t give up fall,” coach Wood said.