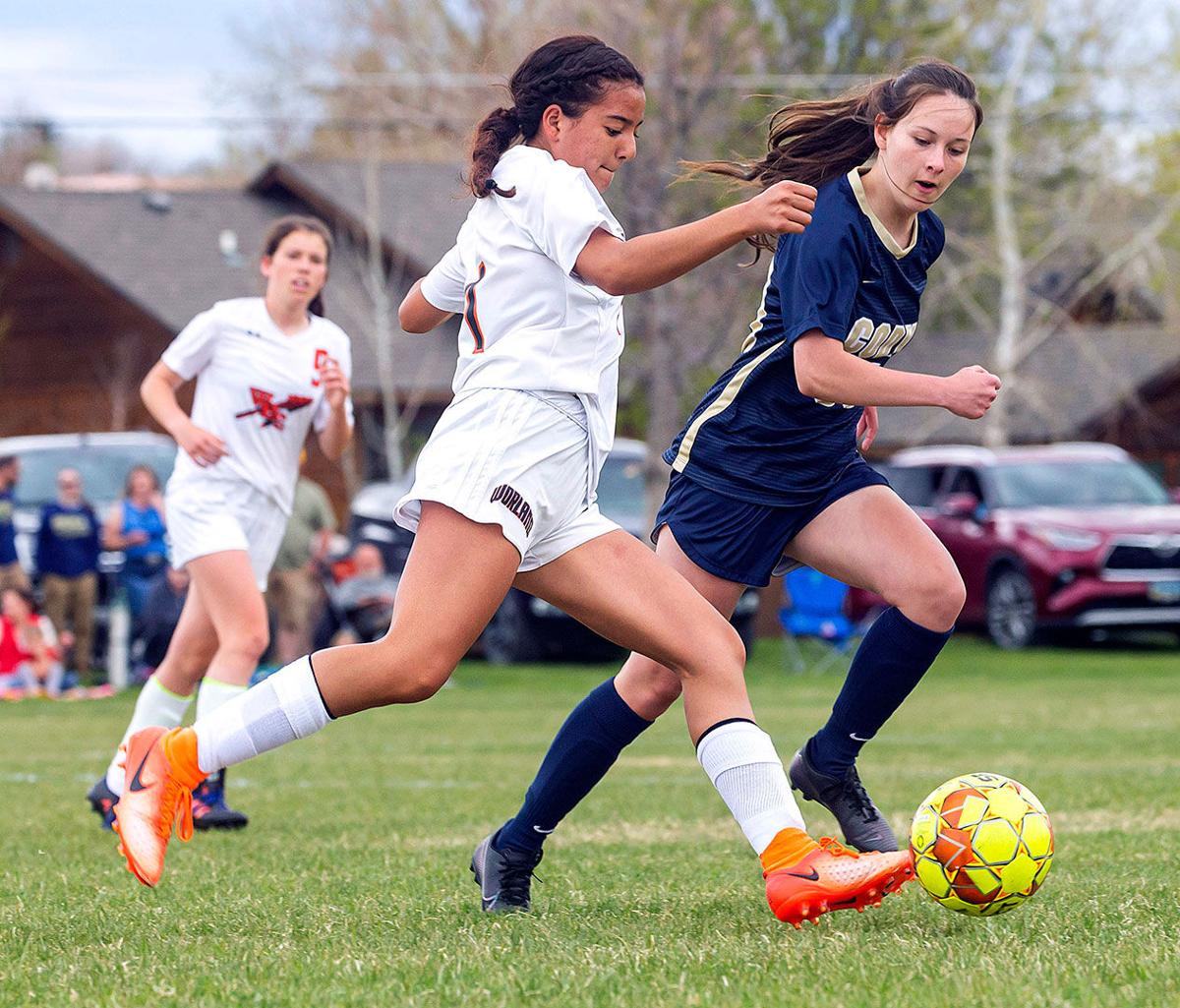 Kennedy Fiddler goes after the ball against Worland on May 15 at Mentock Park. 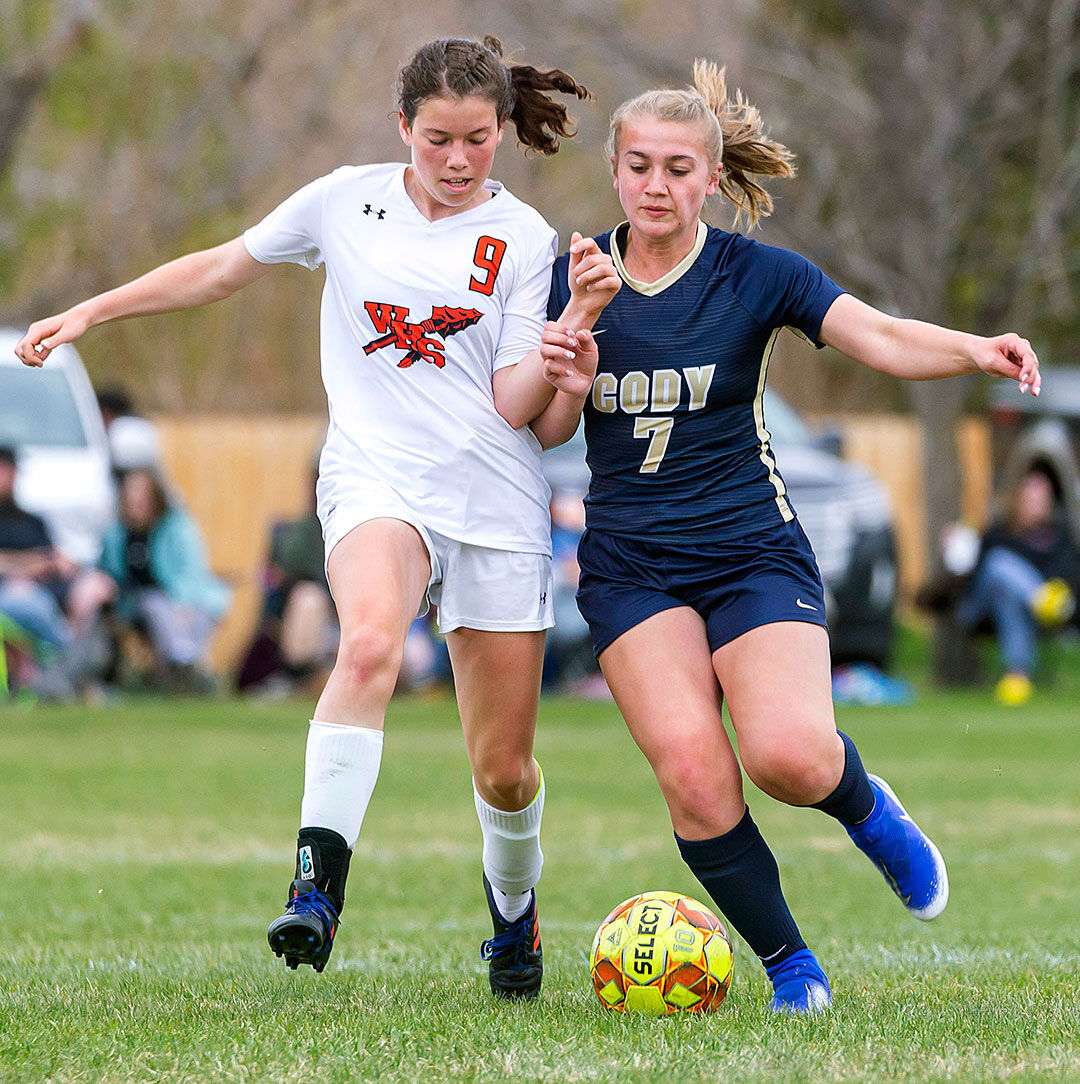 Anessa Etter tries to steal the ball from a Worland player.

Kennedy Fiddler goes after the ball against Worland on May 15 at Mentock Park.

Anessa Etter tries to steal the ball from a Worland player.

The Cody girls JV soccer team had a successful season, only losing one match to 4A Kelly Walsh and finishing 10-1-2 overall.

“I really enjoyed seeing how the team developed throughout the season,” coach Whit McLeod said. “We had some girls who had never played, who made great gains on the soccer field. We also saw more experienced players also improve on the fundamental skills they need to continue to be successful as soccer players at the varsity level.”

“The girls always played hard, always gave their all and that continually showed up for us in the final score as we won almost every one of our matches,” McLeod said. “I was proud of the girls as their coach to see them grow and develop as players, to develop perseverance and grit, not only for the game of soccer but the game of life. We talked about how sports and playing hard can translate to school and to life.”