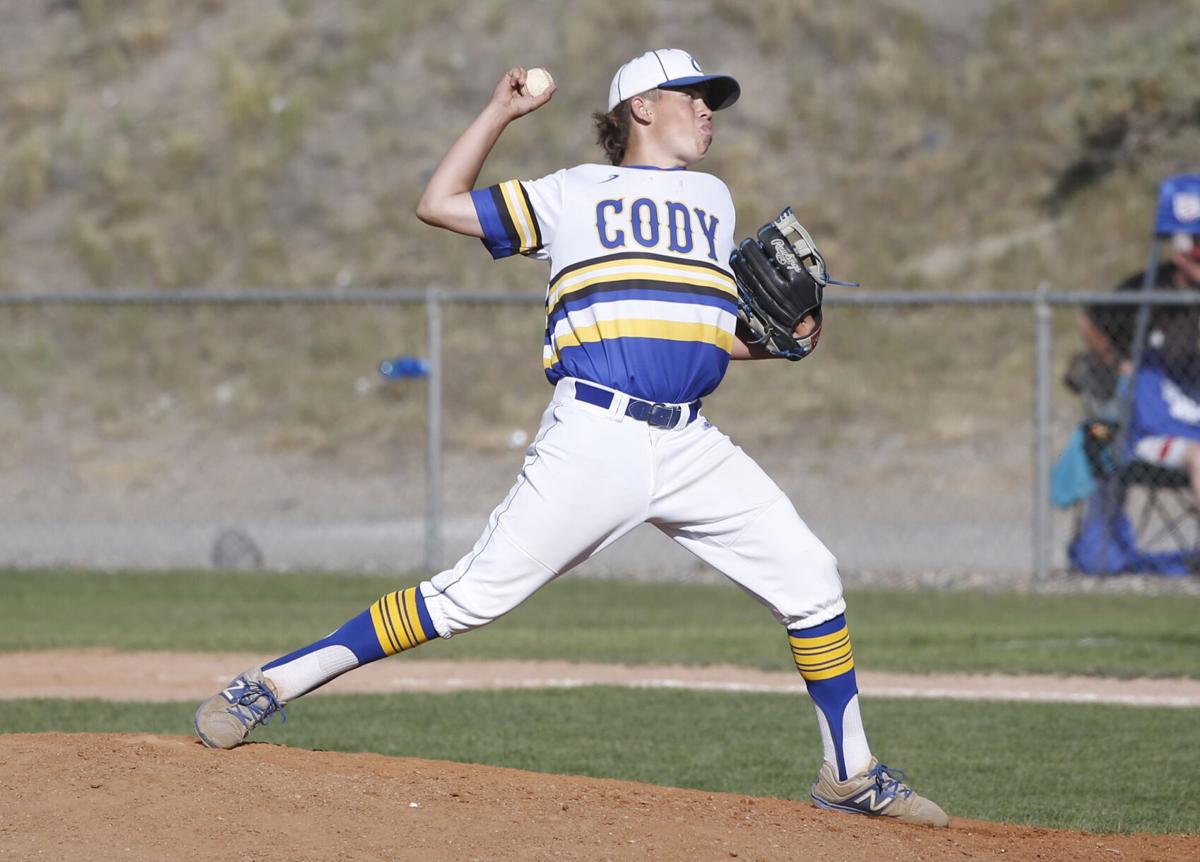 Chance Moss pitches against the Colts. 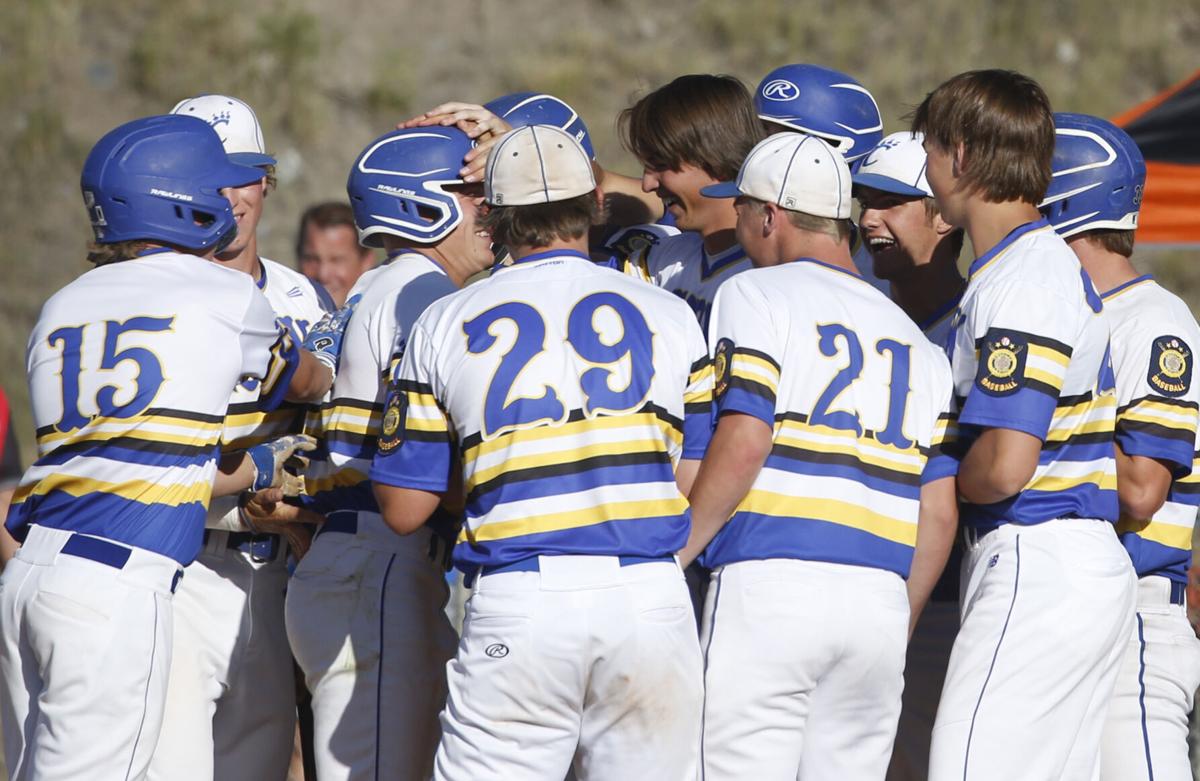 The Cubs crowd around Jared Grenz after he hit a grand slam to win the game. 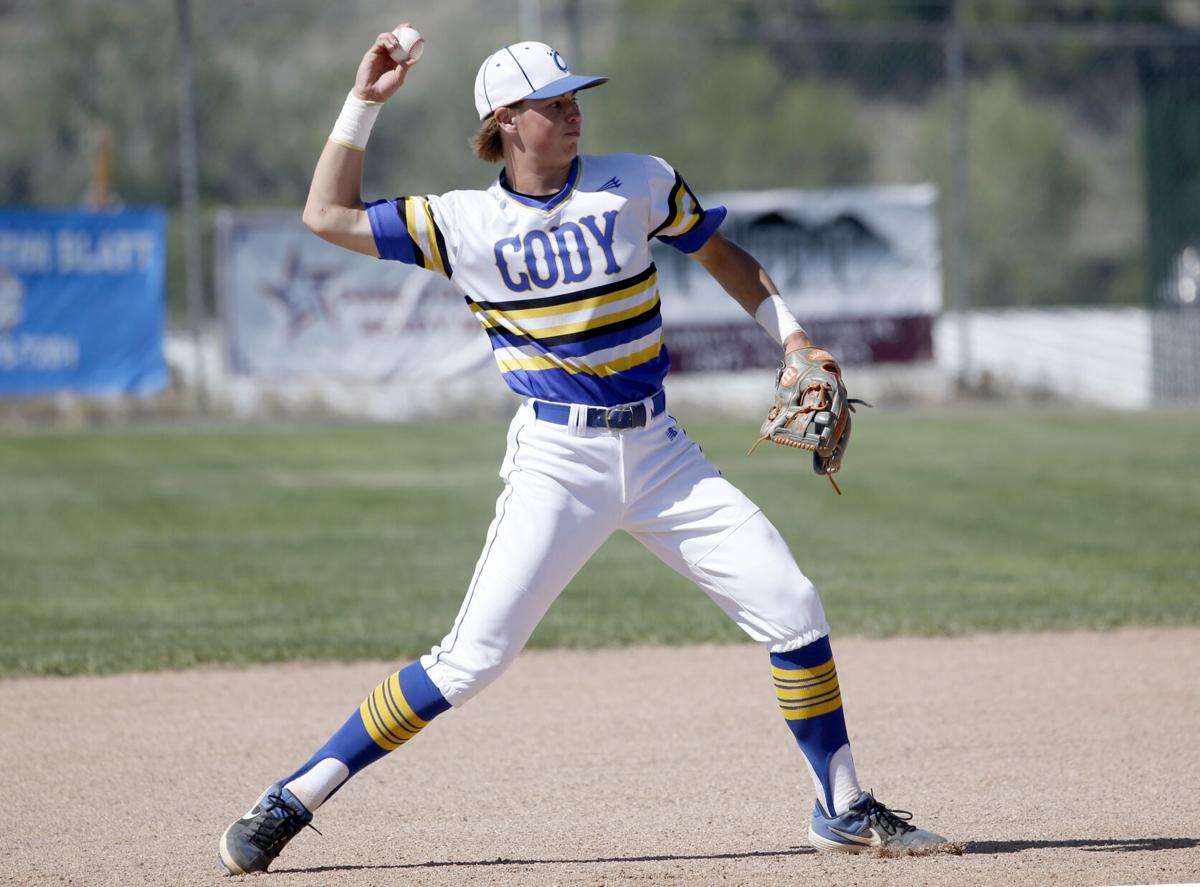 Jack Schroeder fields the ball at third base. 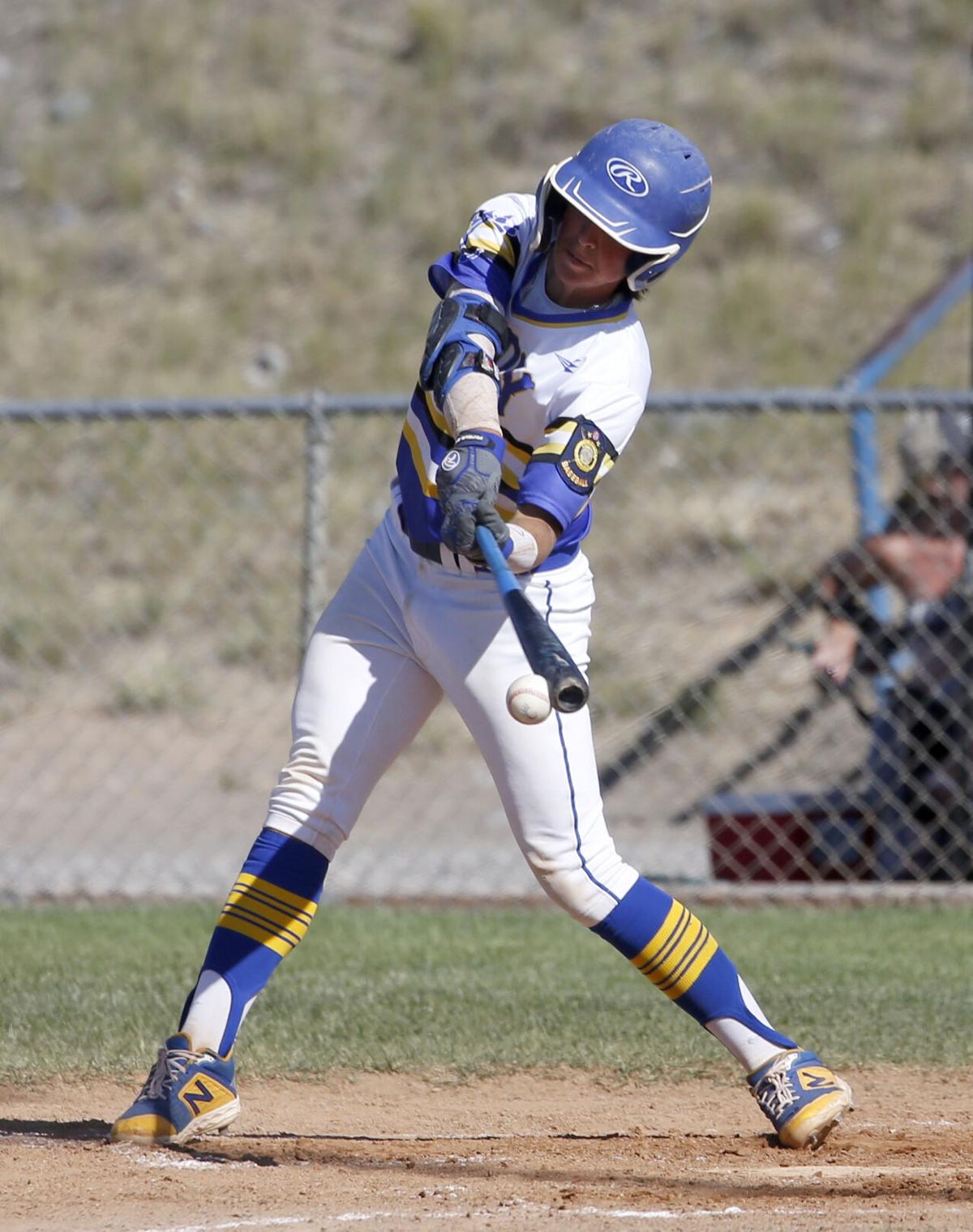 Devyn Engdahl connects with the ball. 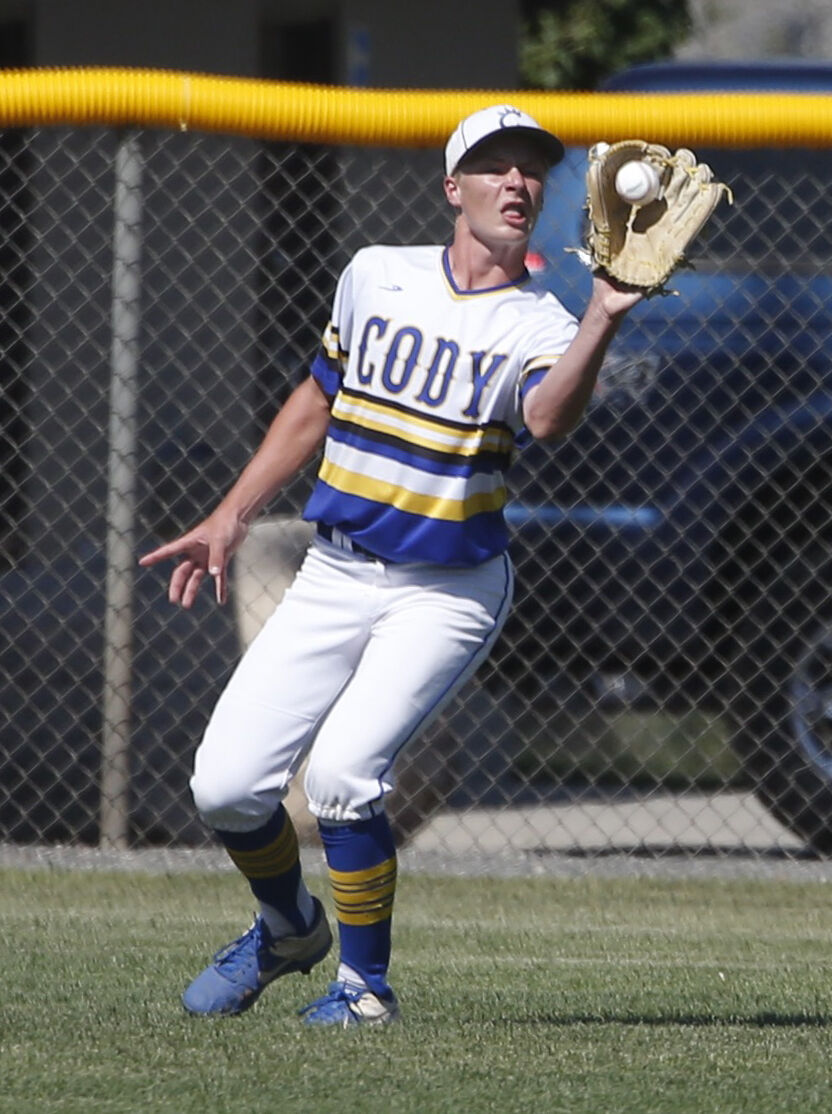 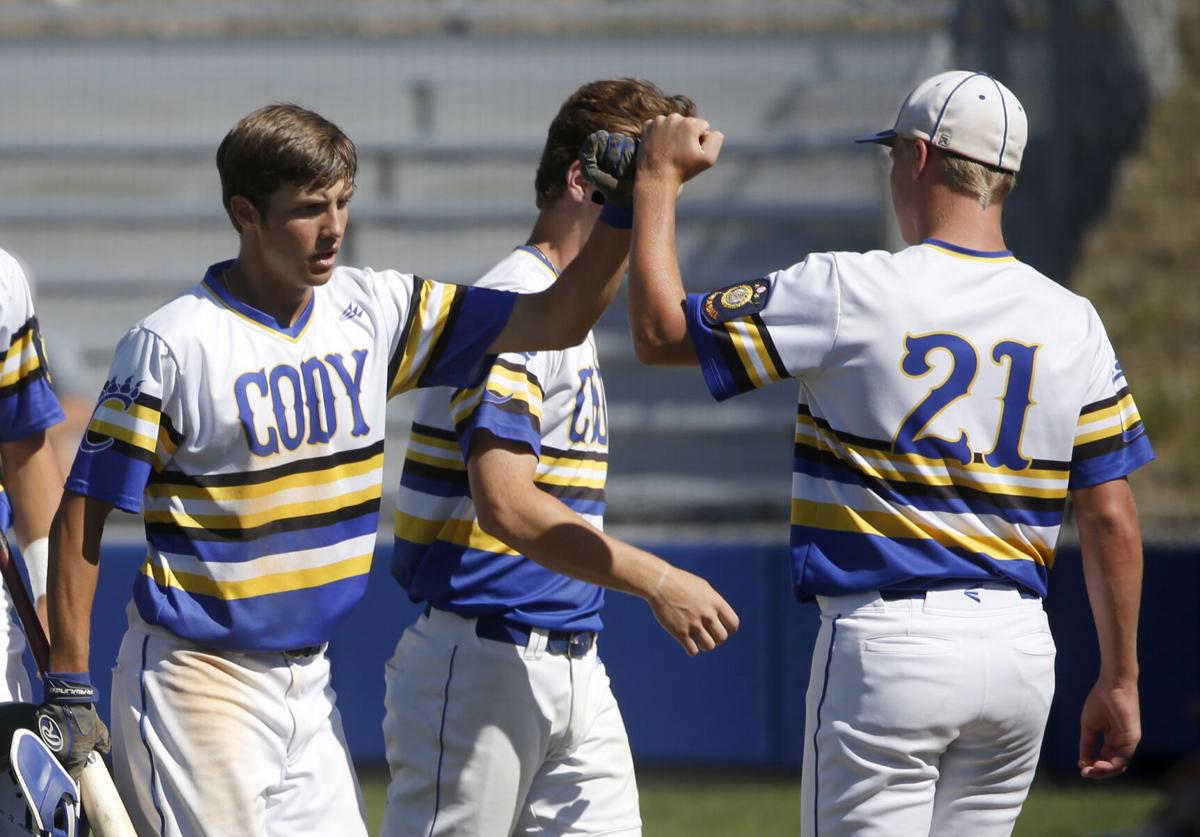 Ethan Johnston gets a first bump from Grady McCarten after scoring a run. 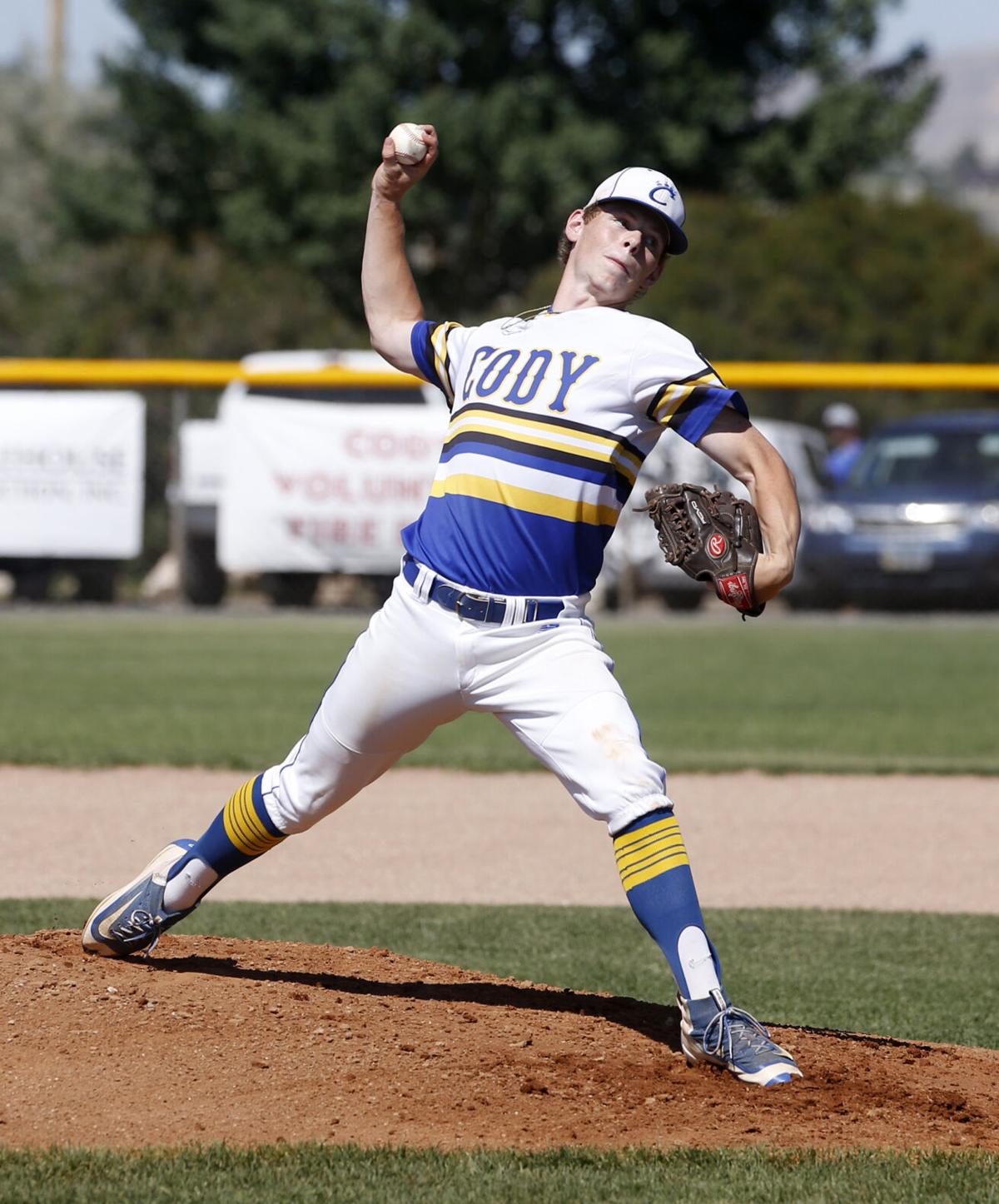 Cody Phillips pitches against the Colts. 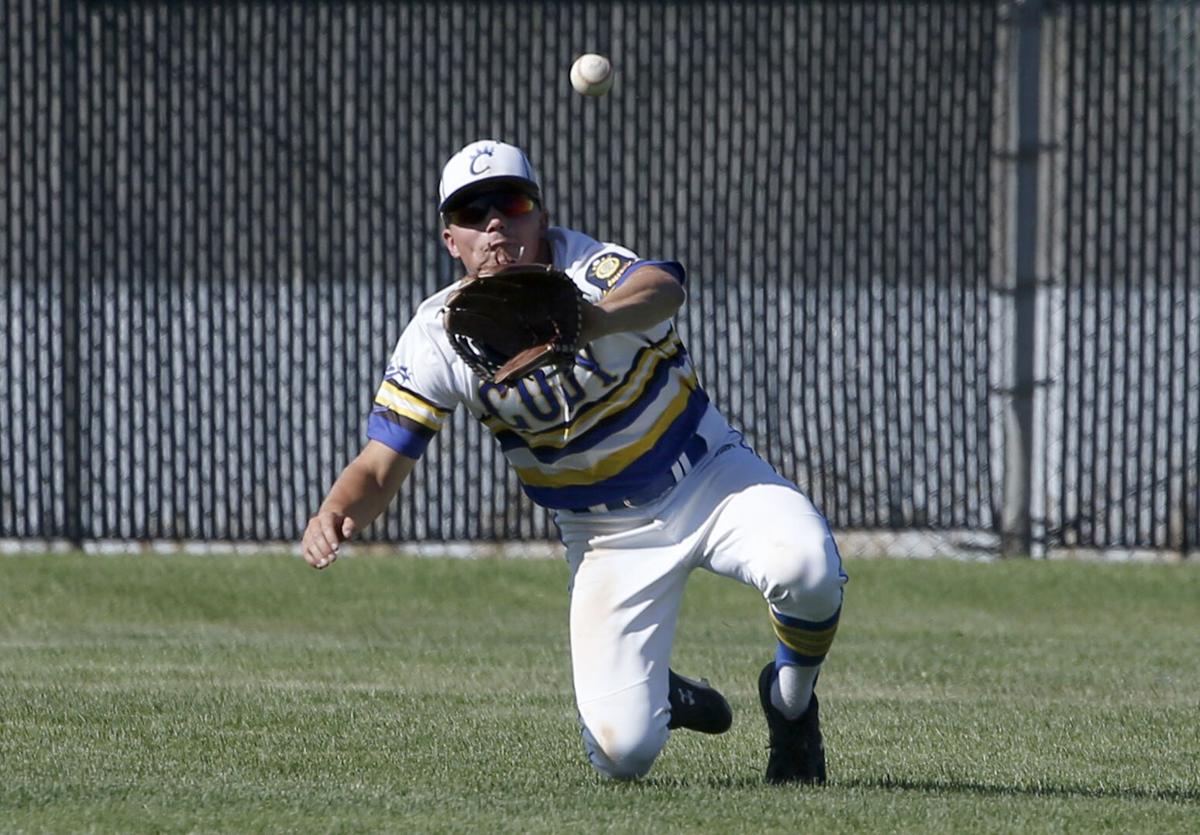 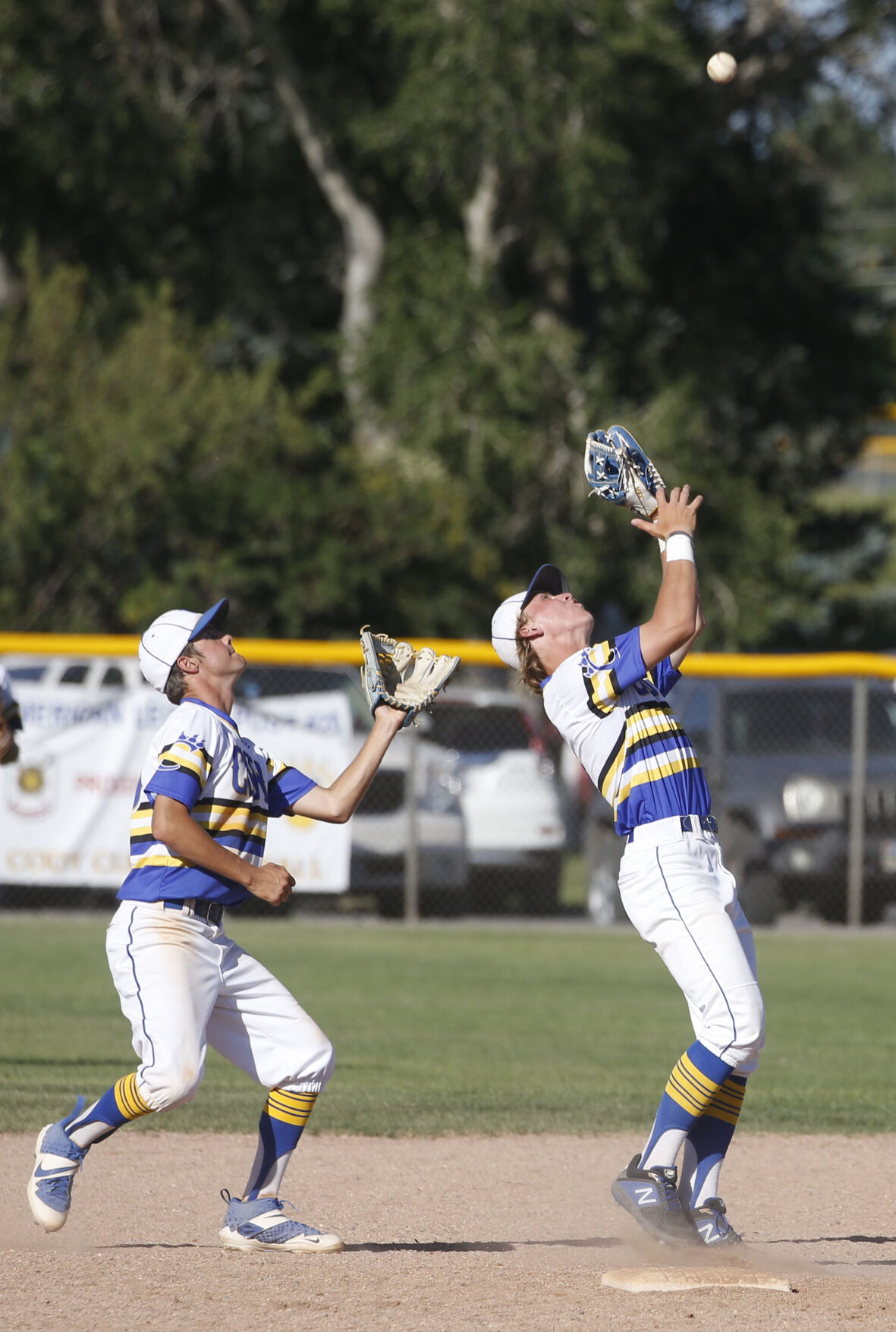 Tyler Grenz prepares to catch a pop fly while Ethan Johnston backs up the play. 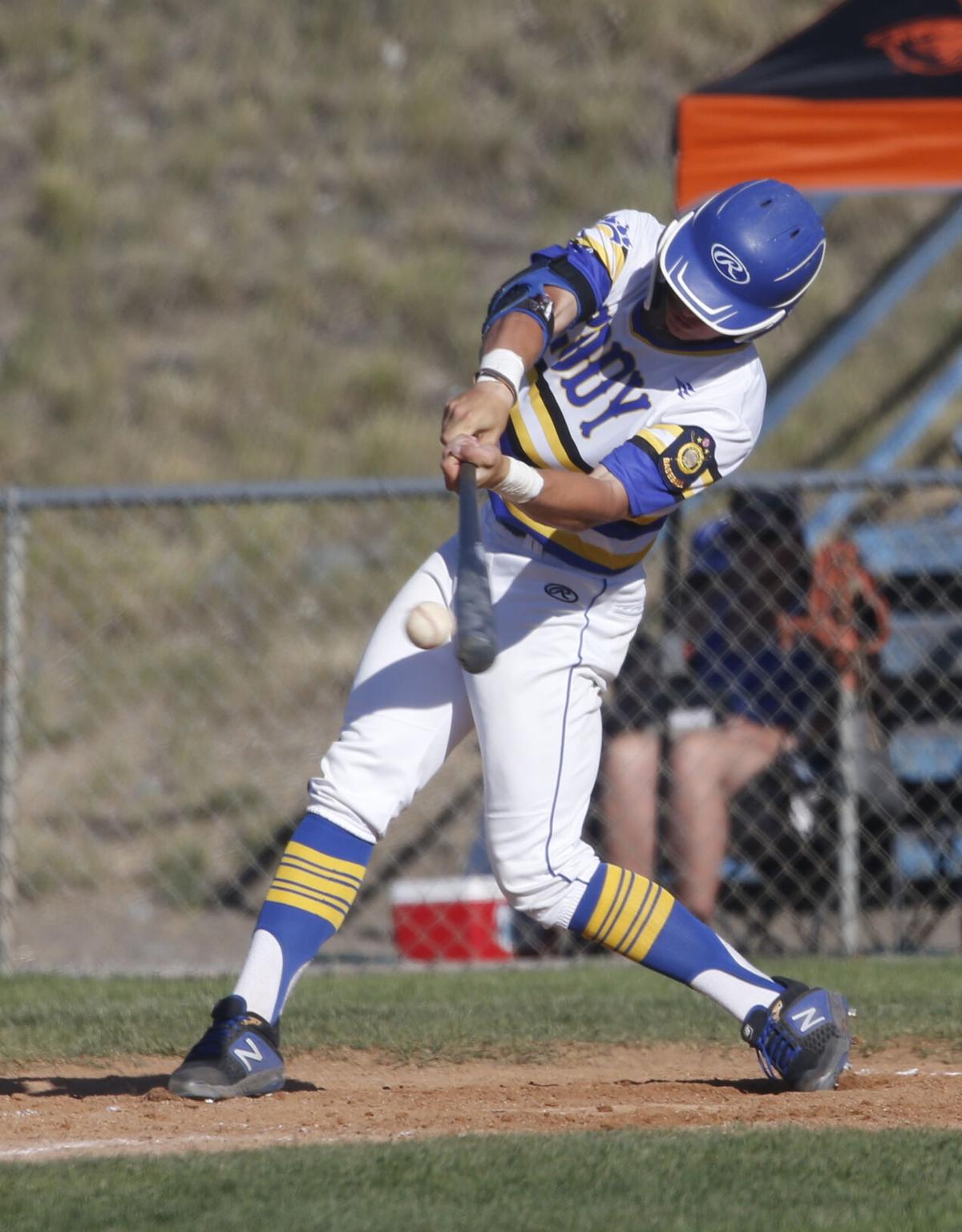 Tyler Grenz connects with the ball.

Chance Moss pitches against the Colts.

The Cubs crowd around Jared Grenz after he hit a grand slam to win the game.

Jack Schroeder fields the ball at third base.

Devyn Engdahl connects with the ball.

Ethan Johnston gets a first bump from Grady McCarten after scoring a run.

Cody Phillips pitches against the Colts.

Tyler Grenz prepares to catch a pop fly while Ethan Johnston backs up the play.

Tyler Grenz connects with the ball.

The Cody Legion baseball team closed out its series with the World Baseball Showcase team in exciting fashion Thursday, winning on a walk-off grand slam in extra innings.

With two outs and the bases loaded in the ninth, Jared Grenz blasted a high shot over the left field fence to give the Cubs a 13-9 victory. Cody split the series 2-2.

“It’s always fun to win the big ones in that situation,” he said. “It was a middle-middle fastball. I knew I’d hit it well but thought it might be too high.”

Chance Moss got things going in the inning with a one-out single. He advanced to second on an overthrow to first base.

“I just wanted to put the ball in play,” he said. “It was nice to see such hard pitching before the postseason.”

Hayden Bronnenberg then came in and got his first hit of the night, a single to advance Moss to third. Cody Phillips drew a walk to load the bases.

“It felt really good,” Bronnenberg said. “I’d been struggling all day and I just had to get out of my head and swing the bat.”

The Cubs got off to a solid start in the game, scoring seven runs through the first two innings. In the first, four walks and singles by Tristan Blatt and Grady McCarten made it 4-0.

Cody added three in the second on an error, triple by Jared Grenz, hit batter, and singles by Tyler Grenz and Devyn Engdahl.

With a new pitcher on the mound for the Colts, Cody’s bats went quiet over the next several innings while World Baseball got its going.

“They brought in a pitcher that did a good job keeping us off balance,” Jared Grenz said.

The Colts scored two in the fourth and added another in the fifth. In the sixth, a single, walk and home run made it a 7-6 game. Two more singles and a double gave the Colts the lead, with the final run scoring on an error before Cody had any outs.

Pitcher Ethan Johnston came in and got the second batter he faced to fly out to right. The Cubs then turned a double play when Jared Grenz caught the ball in center and threw it to Jack Schroeder at third to catch the runner before he tagged up.

After going scoreless in the sixth, the Cubs were down to their final chance in the seventh. Engdahl started things with a single and Schroeder drew a walk. McCarten then reached on a fielder’s choice. Engdahl scored on an error by the third baseman and Cody tied the game on a single by Cody Phillips.

“We kept working to run good at bats,” Jared Grenz said. “It was really fun to play a high level of competition. They’re a good team.”

With one on and one out in the eighth, Chance Moss came in at pitcher and got out of the inning. He also kept the Colts from scoring in the ninth.

“I knew I had to throw strikes,” he said. “From my first pitch (wild) I was a little tense, but then after I got the first batter I started to loosen up.”

“He’s had a couple good starts in a row and we really need that out of him,” coach Grenz said.

“Ethan did a nice job slowing down their bats and Chance came up big in his time on the mound,” coach Grenz said.