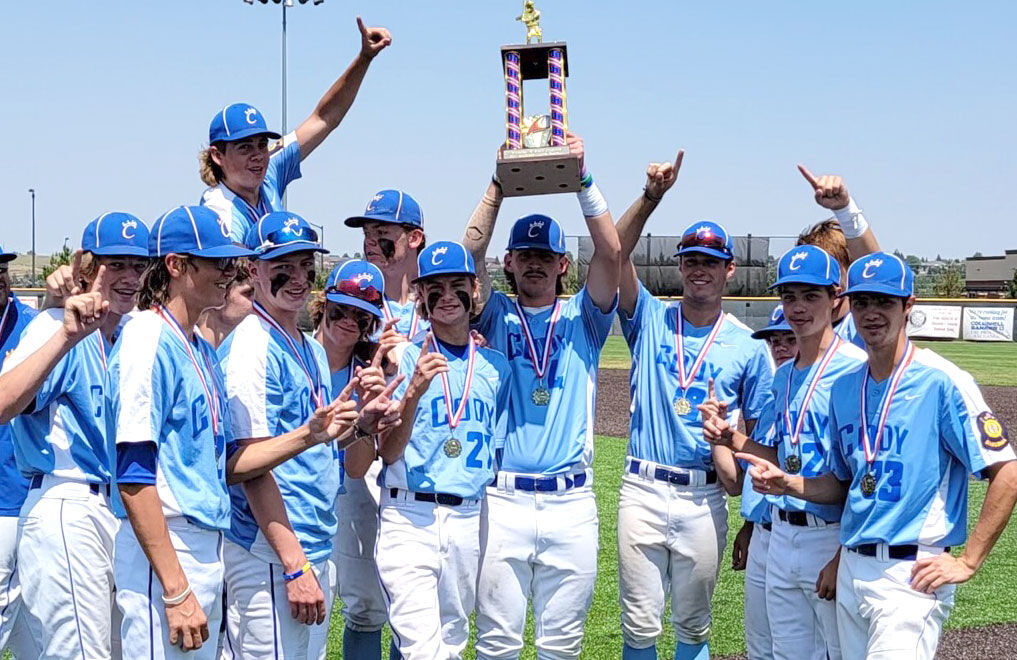 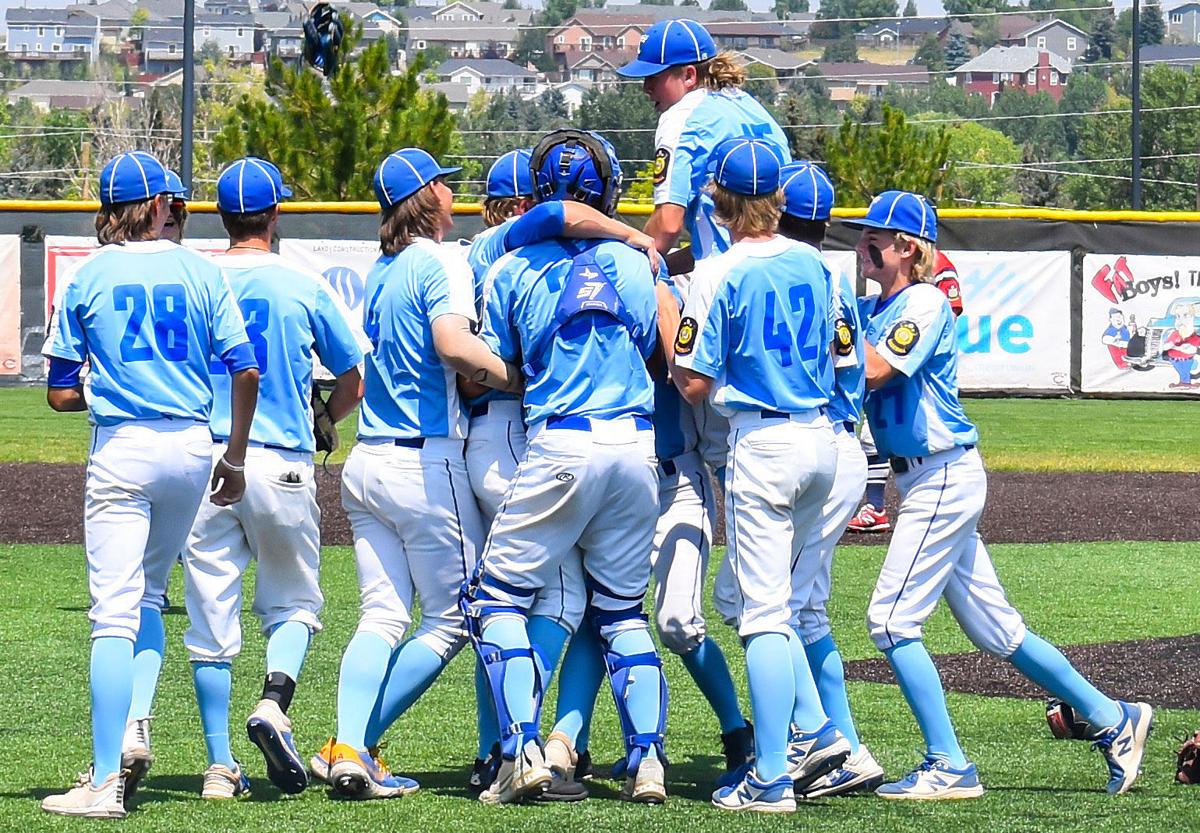 The Cubs celebrate after winning the state championship on July 28 in Cheyenne. 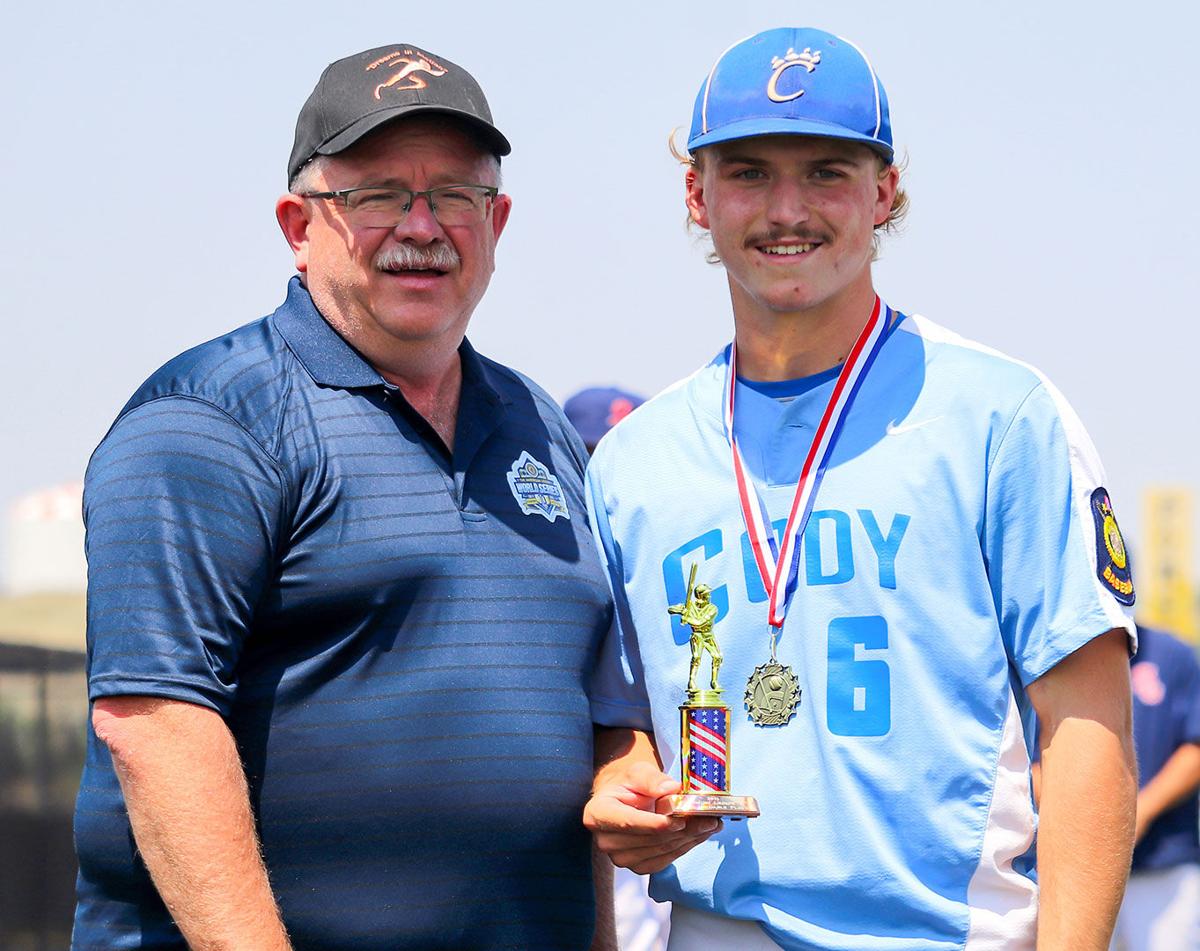 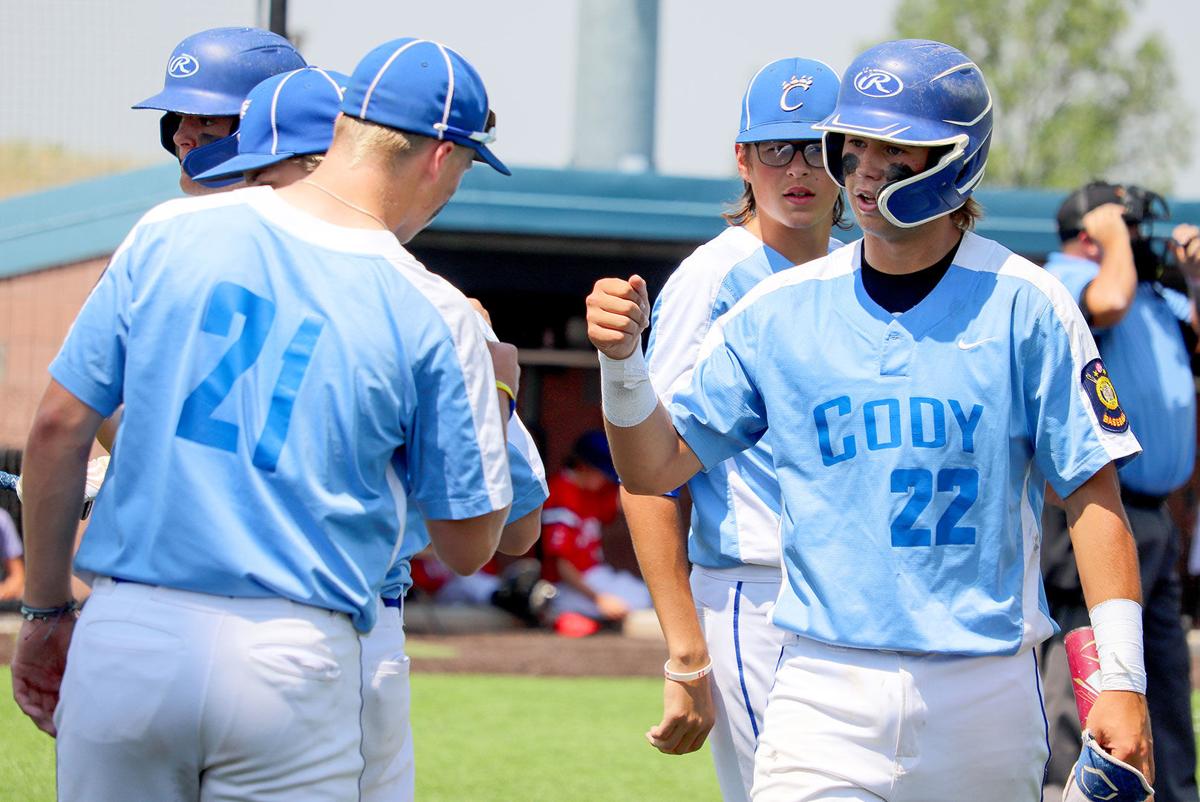 The Cubs celebrate after winning the state championship on July 28 in Cheyenne.

The Cody Legion baseball team had to come from behind to beat Cheyenne in extra innings earlier in the tournament, but in a rematch during the Wyoming State A Legion Baseball Tournament on Wednesday, the Cubs cruised to victory.

Leading the Hawks 8-2 in the final inning, pitcher Tyler Grenz struck out the last batter and was quickly mobbed by his teammates as they celebrated defending their state title.

“I was really excited,” Ethan Johnston said of the moment the game was won. “I was super happy for Tyler because that was an exciting game for him to throw in. And I love playing baseball so going out on a win is the best way to go.”

It was the sixth time in eight years Cody has won the tournament, with the other two being captured by Cheyenne. With the victory the Cubs improved to 43-15 overall.

“It was so awesome to win, our team has worked really hard throughout the season and it was so much fun to be a part of,” Tristan Blatt said. “I think a lot of our success comes from improving game after game. It seemed like we were always finding ways to improve.”

For Blatt, Johnston and Devyn Engdahl, it was their final state tournament in a Cubs uniform.

“I tried to take in the moments more and make sure I’d look around and take deep breaths and really take in everything that was going on around me, not just the game,” Engdahl said. “Teams were definitely gunning for us and wanted to say they are the ones that knocked out the defending champs so I was glad we were able to win state back-to-back years.”

With the win the Cubs earn a spot in the Northwest Class A Regional Championship on Aug. 5-10 in Alaska.

“It’s somewhere new that I’ve never been and we get to play on a nice field. It should be a great time,” Johnston said.

In the game Cody scored first in the second inning on singles by Dominic Phillips and Grady McCarten.

“The boys played great from the start and had a lot of confidence,” coach Bart Grenz said. “Cheyenne is a good team and it was fun to play them for the championship.”

The Cubs took a 4-0 lead in the third. Tyler Grenz hit a bunt single toward third and advanced on a sac bunt up the third base line by Johnston. Blatt then hit a high double toward right that got lost between the two outfielders.

Jack Schroeder stepped into the box and ripped a first-pitch fastball over the left fence for a three-run homer.

“I thought the ball was going to hit the fence, but then it went right over,” Schroeder said. “It felt good to put up some runs on the board, but it felt even better when we got the win.”

Cheyenne closed the gap with two runs in the fourth. After a walk and single to center, one run scored on a wild throw back to the infield that went all the way to the Cheyenne dugout. The Hawks second run came on another single to right.

“The defense was stellar,” coach Grenz said. “We just had one little hiccup, but we maintained our composure.

Cody was quick to answer though, scoring two in the fifth. Blatt walked to start things out and stole second on a pitch in the dirt.

Schroeder then got his second big hit of the day, this time a triple to the right center gap to score a run.

After the Hawks went down in order, Cody added two more in the sixth.

Wyatt Carlson hit a ball that stayed just fair on the third base side for a single and advanced when Grenz hit a double to the right center gap. Cody tried a suicide squeeze, but Johnston fouled off the bunt attempt.

Johnston ended up hitting a chopper to third and Carlson got tagged out at home.

After Blatt drew a walk to load the bases, Schroeder hit a fielder’s choice and Cheyenne got its second out at home plate on the force.

Cody finally managed to get across the plate when Engdahl hit a line drive to right.

“Offensively we ran great at bats and controlled most of our plate appearances,” coach Grenz said. “We were able to barrel up a lot of baseballs.”

A single and couple of errors in the sixth allowed two Hawks to reach base, but no damage was done.

Cody loaded the bases in the seventh. Grady McCarten reached when the right fielder dropped a fly ball. Carlson then walked and Grenz reached on an infield single to second.

Johnston then hit into what looked like an inning-ending double play but was called safe at first to bring in a run. However after a meeting of the umpires the call was reversed and the frame was over.

Down to their last chance, the first Hawks batter Braxton Stewart popped out to Grenz in foul territory on the first base side. Grenz struck out Angelo Lahnert before Miles Porwoll hit a double to right.

Nick Colgan then stepped in. After a first pitch ball, Grenz threw three straight strikes to end it.

“It’s always great to get the final out of the game as a pitcher, but striking the last guy out makes it even better,” Grenz said.

Named tournament MVP, Grenz pitched a complete game for the Cubs, giving up two runs on four hits and striking out five.

“Jack did a great job behind the plate calling pitches and location,”Grenz said. “All I had to do was hit my spots to get the Cheyenne batters from getting on.

“It’s a great honor to be the MVP, especially after missing half of the season.”