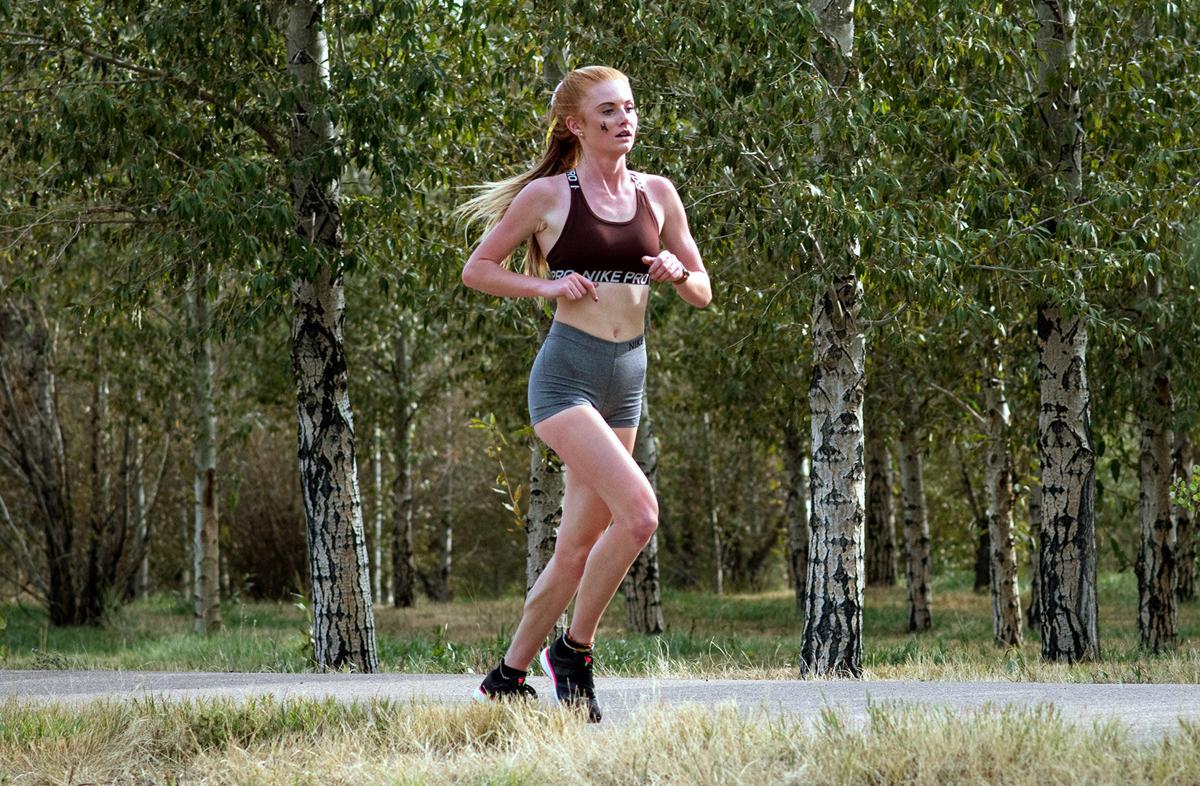 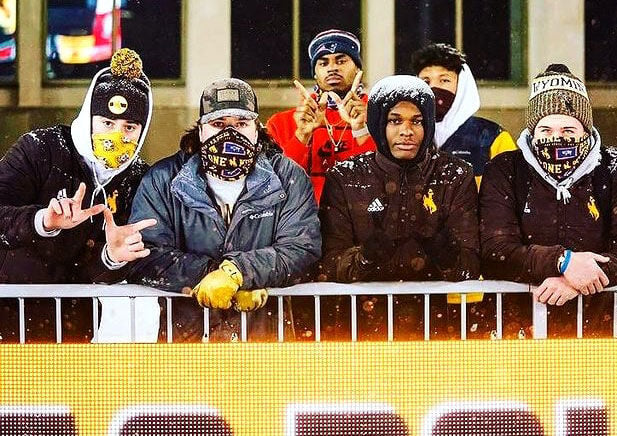 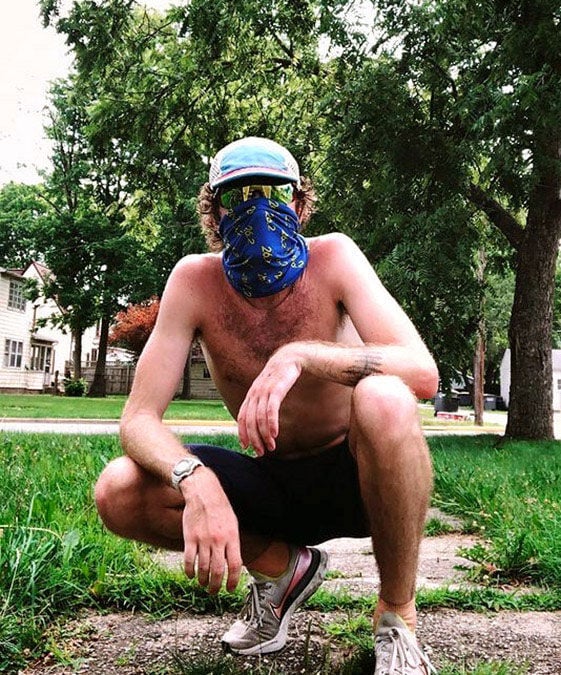 Brody Smith is preparing for the track season at Purdue.

Brody Smith is preparing for the track season at Purdue.

Sitting in his dorm room, restricted from seeing his classmates save for his football teammates, Duncan Radakovich couldn’t ignore the fact he was not getting a typical freshman experience at the University of Wyoming.

“I feel like I missed the whole social interaction in college,” he said. “But obviously I was there for a bigger reason than just that.”

Radakovich’s experience may have been the most extreme, but all of Cody’s college athletes had an unusual semester back at school last fall. Face masks, separation from classmates and mandatory weekly COVID-19 tests were common themes.

The football team had some of the strictest regulations of any UW athletic program in the fall, with players forbidden from taking in-person classes and socializing with non-team members.

For the social Radakovich, separating from many of his classmates and Cody friends attending UW was a challenge.

“I felt like I was just living in a dorm room which kind of sucked,” he said.

Radakovich tested positive for the virus early in the fall.

He said he knew the isolation was for a greater good – helping his team avoid contagion and canceled games. The only canceled games the Cowboys had on the gridiron this fall were because of COVID-19 issues on opposing teams.

Stafford said she had to stay at least 6 feet away from her teammates while running and was not allowed to spit. Her team also had a few interruptions to practice due to COVID-19 related issues, causing her to have to practice on her own for weeks at a time.

She and Toomer both had to wear masks around teammates if not engaging in physical activity. In the weight room, they had to wear neck gaiters even while lifting.

Toomer took all of her classes remotely in the fall and said she not only felt a difference in her learning but also in her social experience.

“Especially with people with different viewpoints,” she said. “It’s really really fun and valuable to be expanding your viewpoints and life experiences.”

Toomer is currently recovering from a torn ACL and MCL injuries sustained last year. When COVID-19 restrictions caused the university to go completely remote and cease all athletic activities last March, she had to perform her physical rehabilitation with a trainer over a webcam from her parent’s house in Cody.

“I have to accept the fact that it probably did (negatively) affect my recovery,” she said.

Since returning to campus in August, she has received one-on-one attention from a trainer, allowing her recovery to ramp back up. She is now preparing to re-engage in team drills and practices.

“I’ve just been recovering with leaps and bounds,” she said.

Also recovering from a serious injury is baseball player Parker Shreve, who is entering his final season at Union University in Jackson, Tenn. Shreve had surgery for a torn labrum right around the time the spring season was canceled.

“I can finally say that comfortably,” he said.

Union, a private evangelical Christian institution, was the second to last school in the country to shut down in-person classes last spring. This year, Shreve has had no remote classes.

“They’ve been choosing faith over fear,” he said.

But his team still has had to undergo various protocols including COVID-19 testing and wearing face masks during all close-contact team and school activities.

“It still stinks, but it’s the way it is,” Shreve said.

On Oct. 1, he tested positive for the virus.

He said they only had two practices during the fall where the entire team participated together, as they typically separated the pitchers out with a few batters for each of his practices.

As a fifth-year senior, Shreve is being looked to as a leader on the team partly because of his veteran playing experience, but also due to leadership he has shown in other walks of life, coaching youth baseball, working for his university’s student government, and earning numerous accolades while at Cody High School.

“People have been gracious enough to give me those leadership roles,” he said.

He plans to earn a Master of Education degree after graduating this spring.

The NCAA will be running an extended spring season this year that will combine indoor and outdoor track and cross country competition.

For Brody Smith at Purdue, it’s an opportunity to resume his goals of running a sub-4:00 mile, winning the 3K steeplechase at the Big Ten Championships, earning All-American honors and, if all goes well, competing in the Olympic trials come June.

“It was disappointing last year I didn’t get the chance to do it,” he said. “But I think, given what people are already trying to do, getting in a full outdoor season is realistic. If any sport is made for a pandemic, it’s track and cross country.”

This fall at Purdue, he only ran in groups based on who he was living with, with his temperature checked every time he ran on the track.

Stafford will also be competing in these three disciplines for the first time this spring and has been clocking the second-fastest freshman times on the cross country team so far, she said.

“I’m just trying to get a feel for what college running is like because I feel like I still haven’t gotten that,” Stafford said. “I’m going with the flow, kind of.”

Junior Genevieve Sauers will be playing her first season of soccer at Idaho State this spring. Since the NCAA has ruled this year does not count towards eligibility for any sport, she will get two more years to play after this one is completed, with her clock not set to begin ticking until the fall 2021 soccer season.

“I think having the fall semester to just train and practice was a blessing,” she said.

Sauers joined ISU at the right time after transferring from Northwest College at the end of last season. She said many schools aren’t signing any new players due to the backlog current players with extended eligibility has created.

During this time of uncertainty, Sauers has been providing counseling and guidance to current Northwest athletes who are looking to make the jump from junior college to playing at a four-year school.

“Not just soccer but basketball, wrestling athletes … just trying to encourage them. It is tough right now,” Sauers said.

Radakovich jumps back into practice in a few weeks and said he is hoping “to move up the totem pole” and earn some playing time in the annual spring game. If he gets this opportunity, it may bring a small semblance of solace about his bizarre first year of college.

“Hopefully I’ll get to hang out with friends more,” he said. “I’m just going in with no expectations. Hopefully I’ll be pleasantly surprised.”