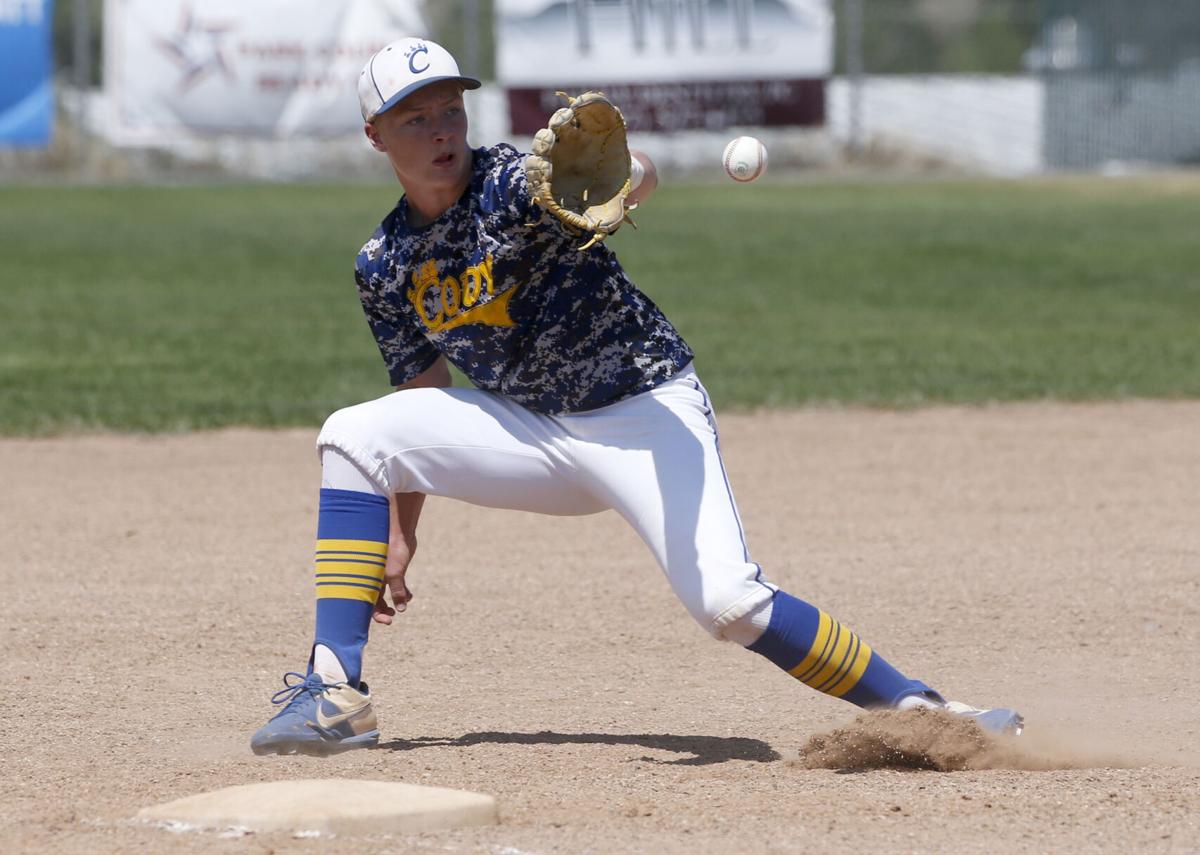 Grady McCarten makes a back handed grab at third. 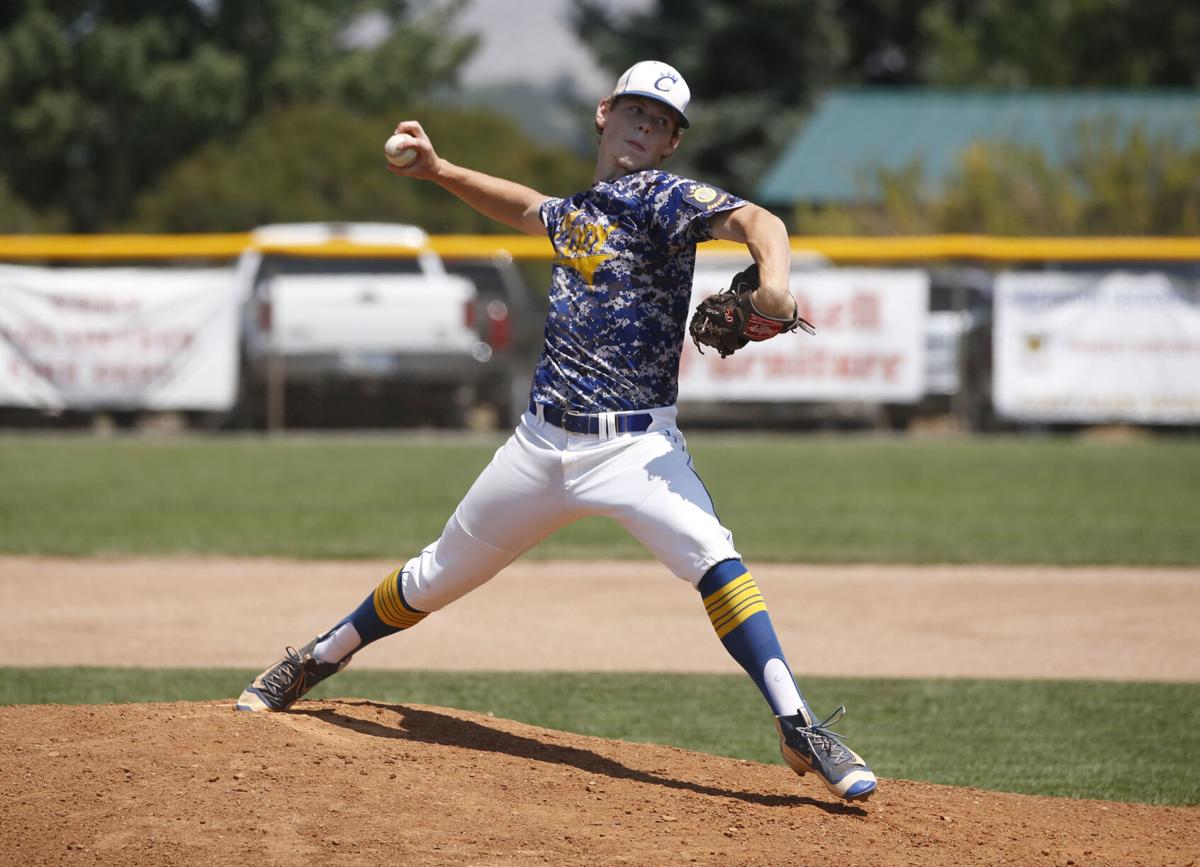 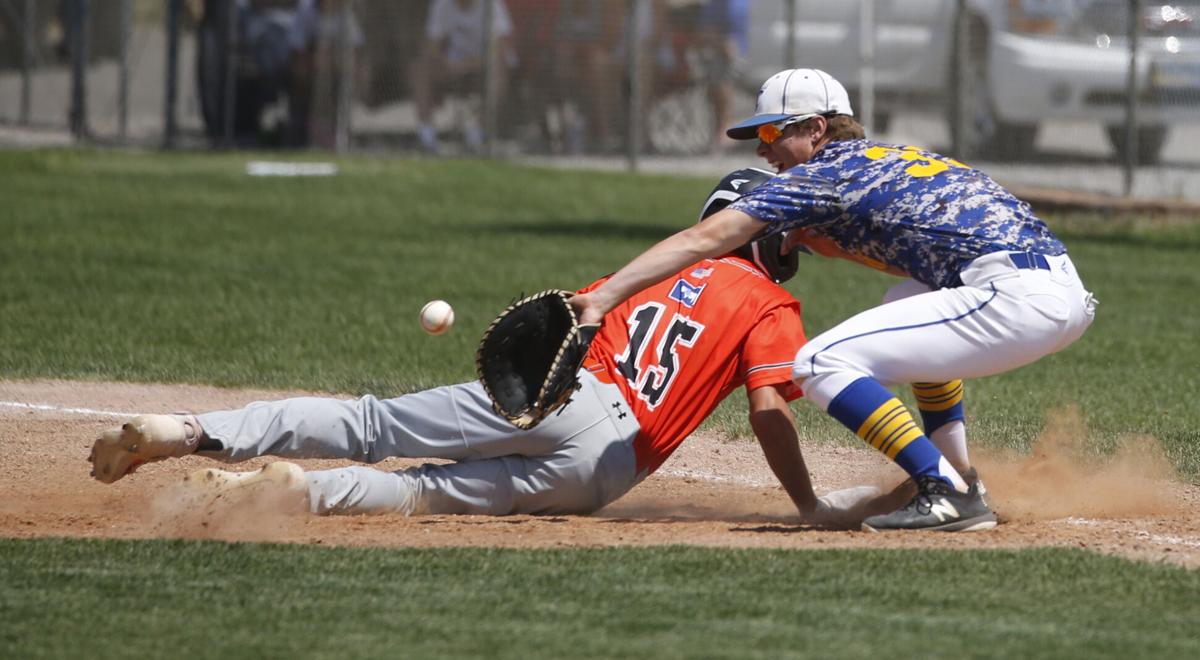 Hayden Bronnenberg tries to pick off a runner at first. 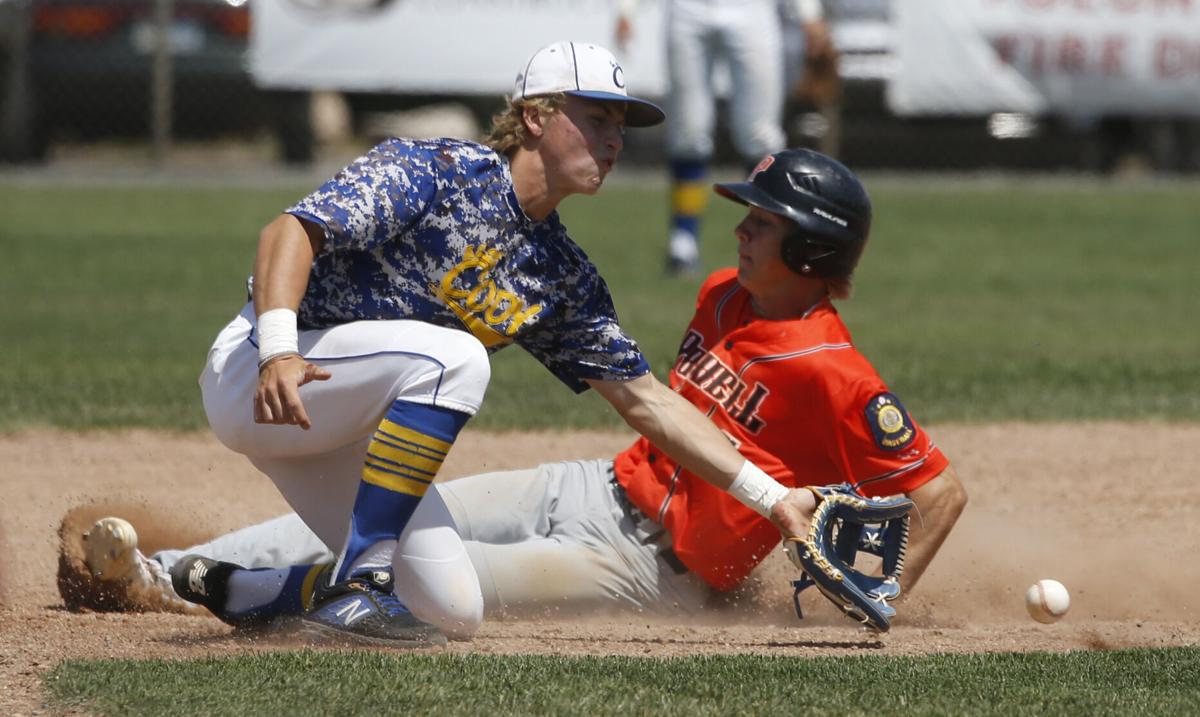 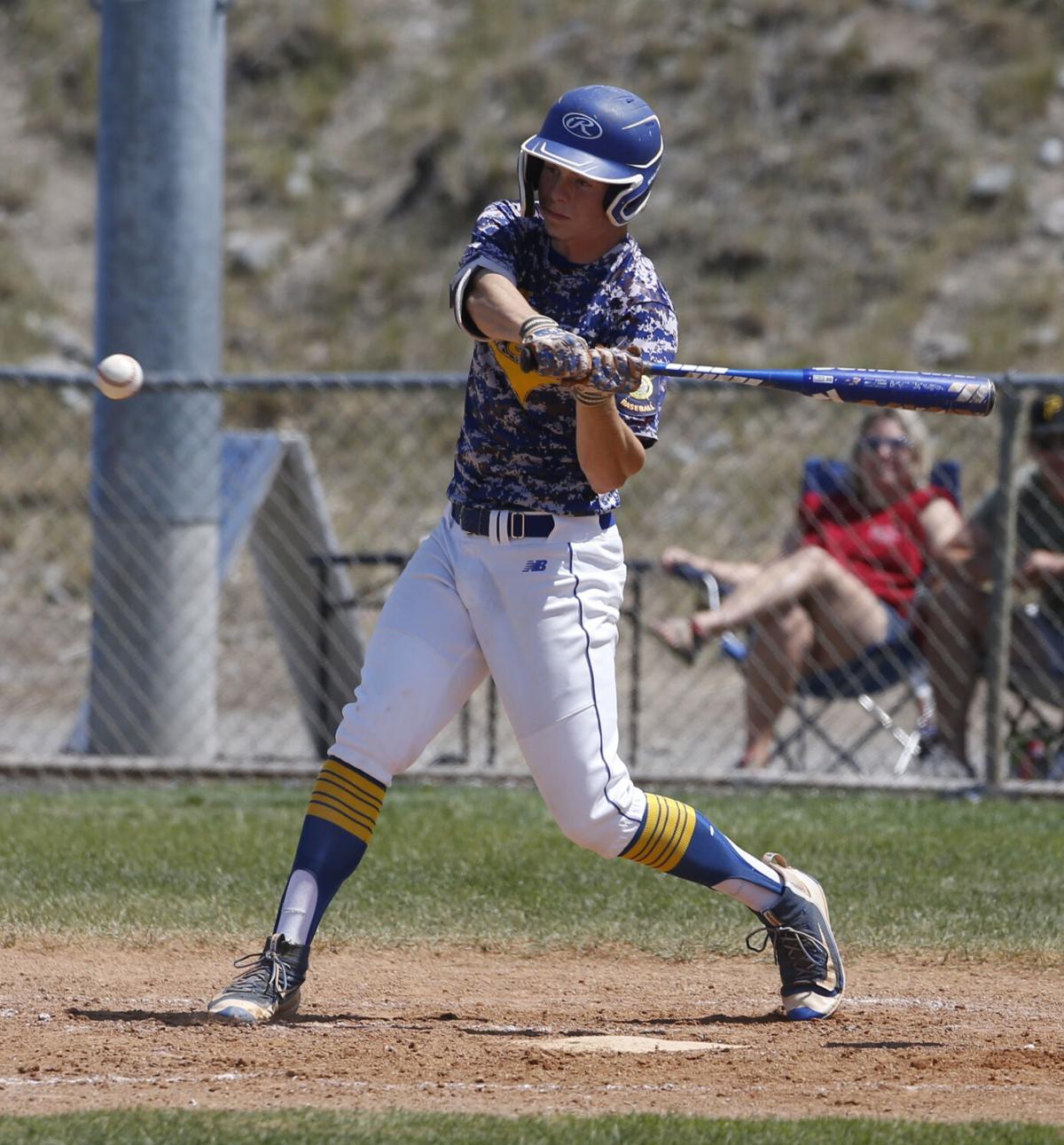 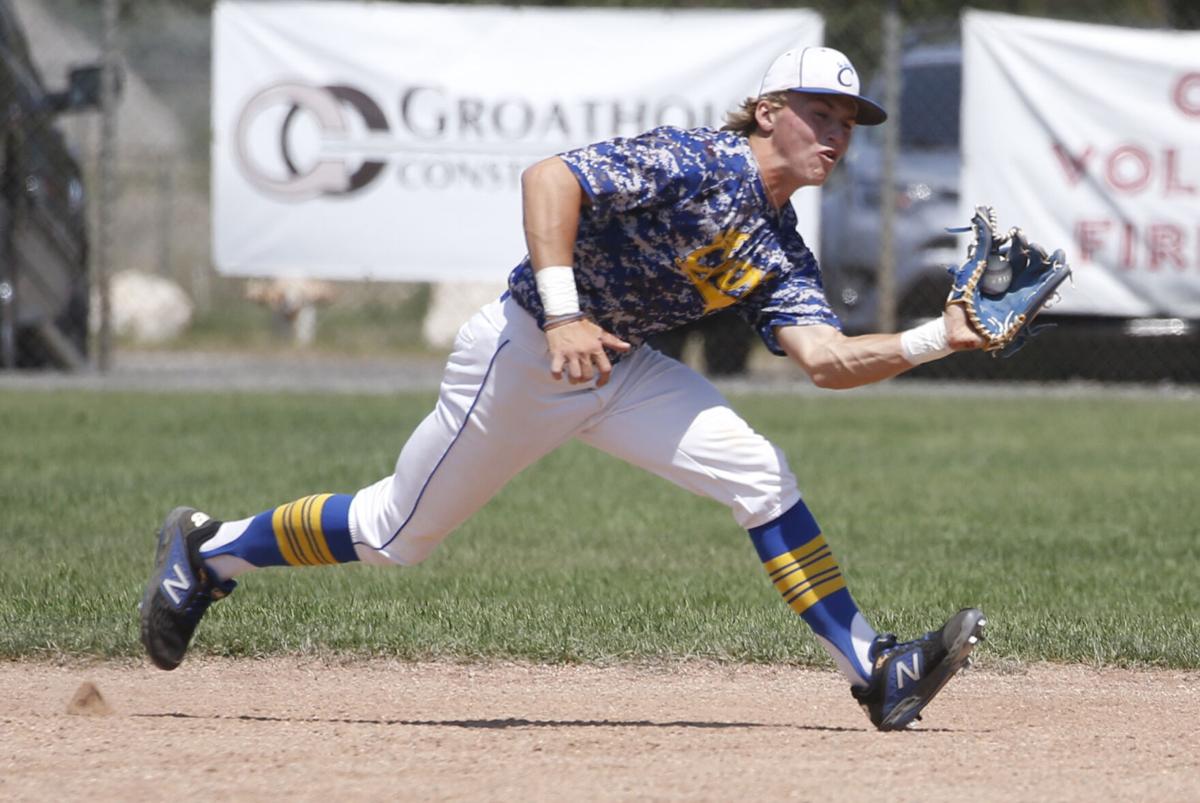 Tyler Grenz stretches to make a catch at second. 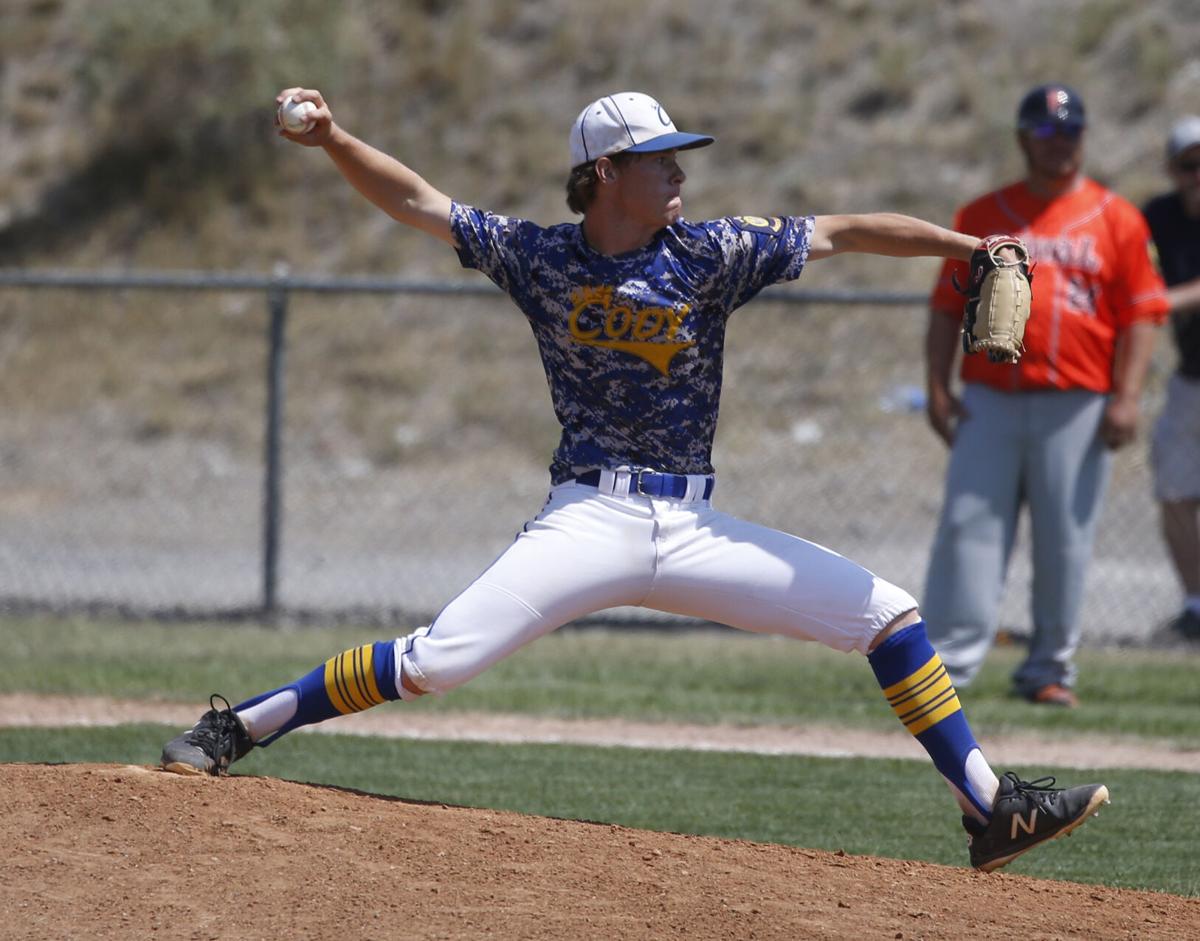 Hayden Bronnenberg pitches during the game.

Grady McCarten makes a back handed grab at third.

Hayden Bronnenberg tries to pick off a runner at first.

Tyler Grenz stretches to make a catch at second.

Hayden Bronnenberg pitches during the game.

After outscoring its first three opponents 44-14, the Cody Legion baseball team struggled to get something going offensively Sunday and lost to Powell 4-3 in the final game of the West District Tournament.

“Our bats didn’t show up,” Tristan Blatt said. “It was frustrating, but sometimes baseball is like that. We’re still going to state and know what we have to do.”

Both the Cubs and Pioneers finished with 3-1 records in round-robin play, but Powell earned the top seed going into state based on head-to-head play.

“This definitely gives us some fire going into state,” Blatt said. “It will teach us not to come out too confident. We need to come out focused no matter who we play.”

The state tournament starts Saturday in Powell. No. 2-seed Cody plays No. 3 Torrington in its first game, but times have not yet been set.

A few errors proved costly in the end for the Cubs in a close game Sunday.

Cody started strong, with Ethan Johnston reaching on a single and Jared Grenz hitting a two-run homer in the first. But then the Cubs’ bats went quiet, with several flying out.

“The pitcher changed speeds and didn’t have the velocity, which threw us off,” Blatt said.

Powell got some runners on in the early innings, but the Cody defense kept them from scoring. Then in the fourth the Pioneers got one after an error and single.

With two outs in the fifth, another Cody error, walk and single tied the game.

Powell had the go-ahead run at third in the sixth with one out, but Keaton Rowton popped up a bunt to first baseman Jared Grenz who threw to third to get the runner trying to tag up.

Cody finally got something going in the sixth. Jared Grenz hit a triple but was tagged out after he overran the base. Blatt and Tyler Grenz then reached on singles and two hit batters brought in a run.

Two singles, a sac bunt and a double gave Powell the lead in the seventh.

Johnston was hit by pitch in the bottom of the frame and was on second with two outs, but Jared Grenz flied out to center to end the game.

“You have to tip your cap to Powell,” coach Bart Grenz said. “They played a great game. Our kids battled. It just didn’t work out for us in the end.

With six errors, the Cubs weren’t as sharp in Saturday’s game but still managed to pull away for the win.

“Our defense could have been better,” Blatt said. “That’s something we’re going to have to clean up for state.”

Cody took a 3-0 lead in the first on a walk, singles by Jared Grenz and Blatt and a sac fly by Tyler Grenz.

In the third, Lovell took advantage of three Cody errors to score four runs and take the lead. It wouldn’t last long. Jared Grenz started the bottom half with a single, stole second and third and scored on a error to tie the game. After Blatt walked and Tyler Grenz was hit by pitch, both scored on a single by Jack Schroeder to make it 6-4.

Singles by Johnston, Blatt and Schroeder, a double by Jared Grenz, three walks and a hit batter scored five more in the fourth.

The Mustangs scored two in the fifth and one in the sixth, while Cody added two more in the sixth on a sac fly by Blatt.

Devyn Engdahl got the win on the mound, going 4 innings and giving up five runs, one earned, on five hits. Blatt pitched two innings and allowed two runs on two hits.