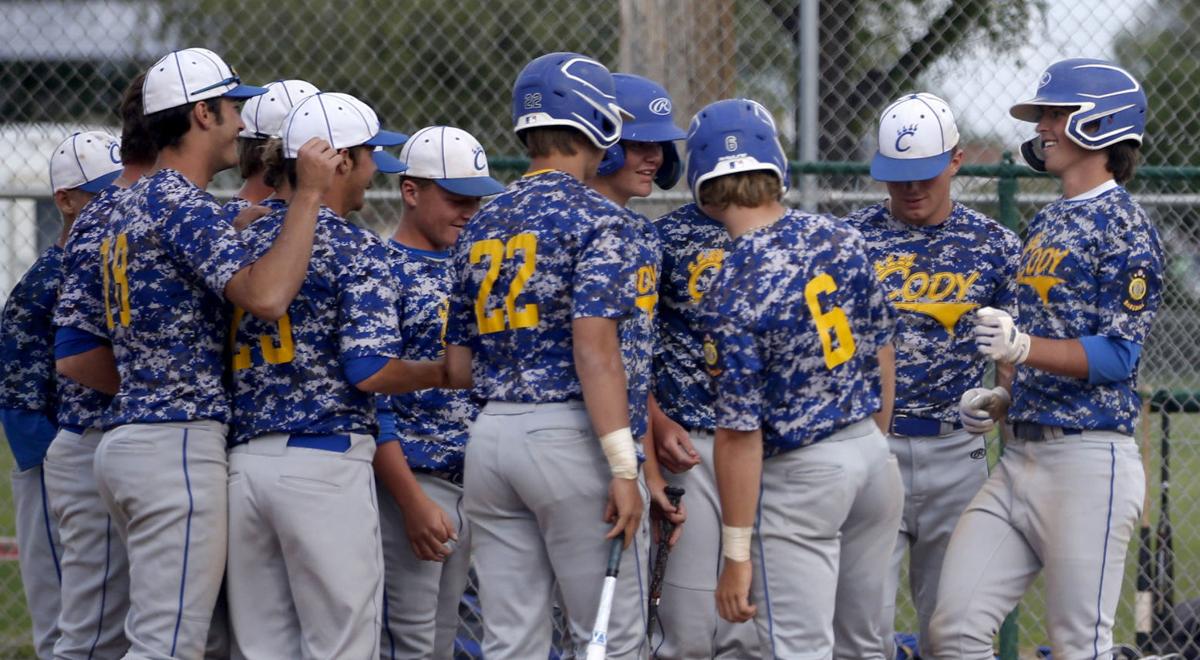 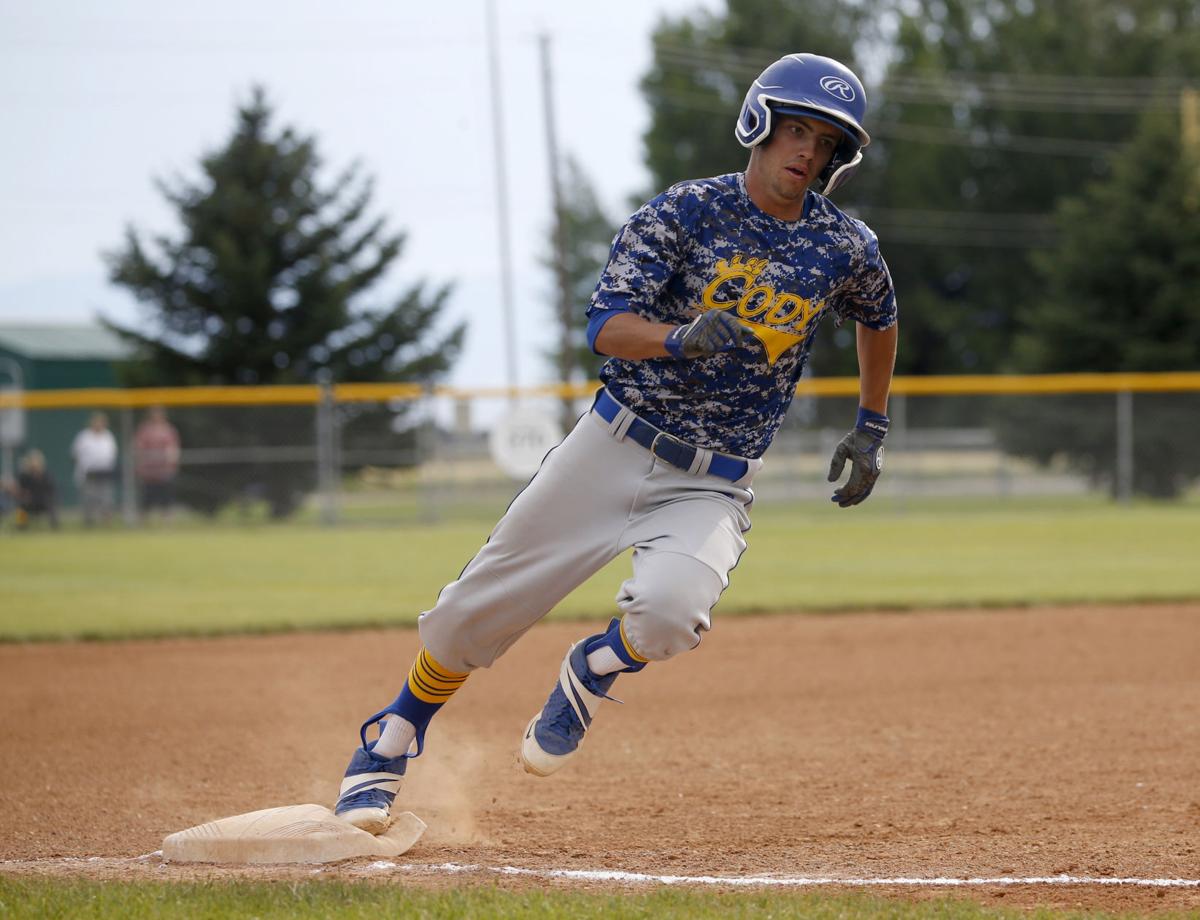 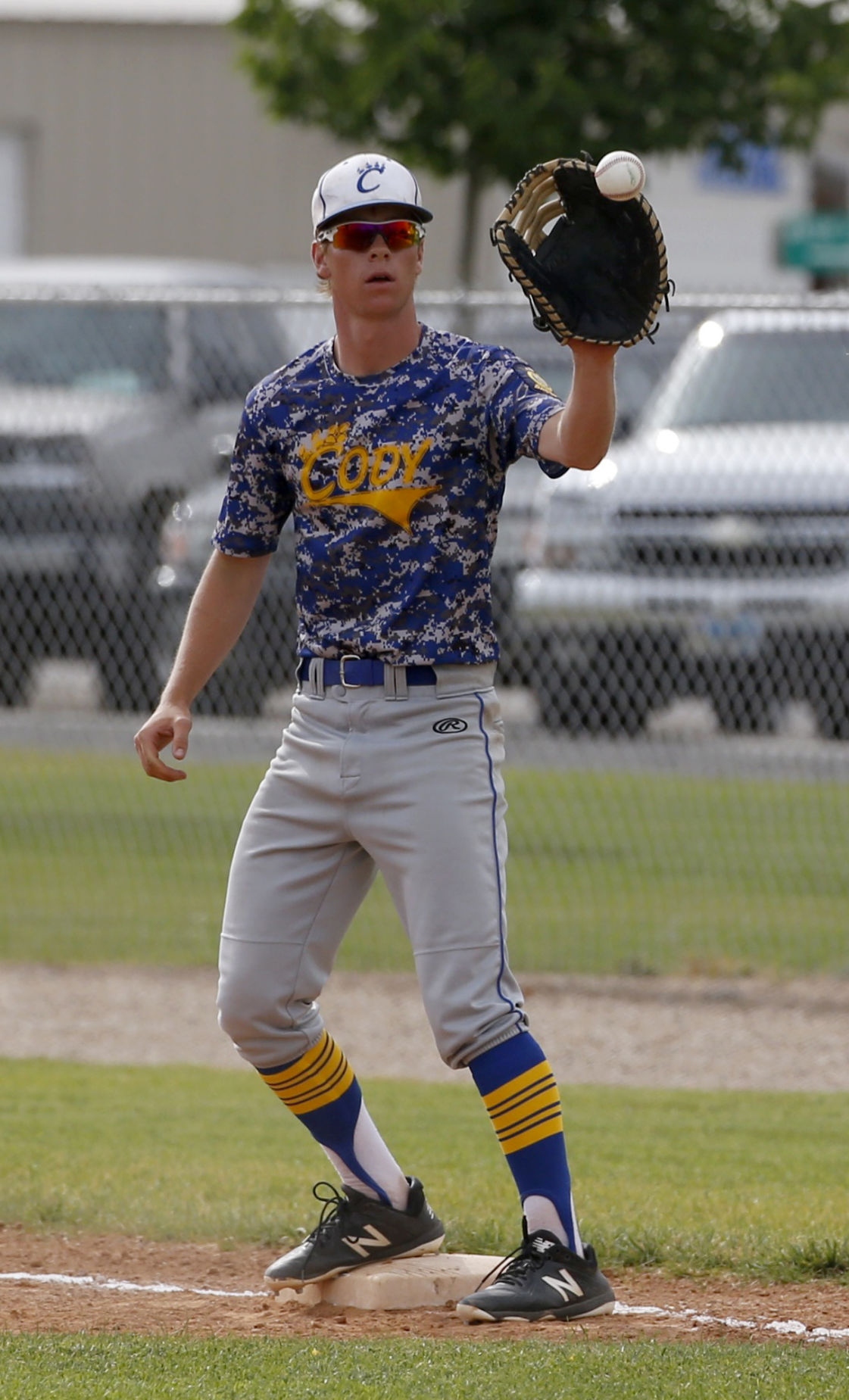 Hayden Bronnenberg gets a force out at first base. 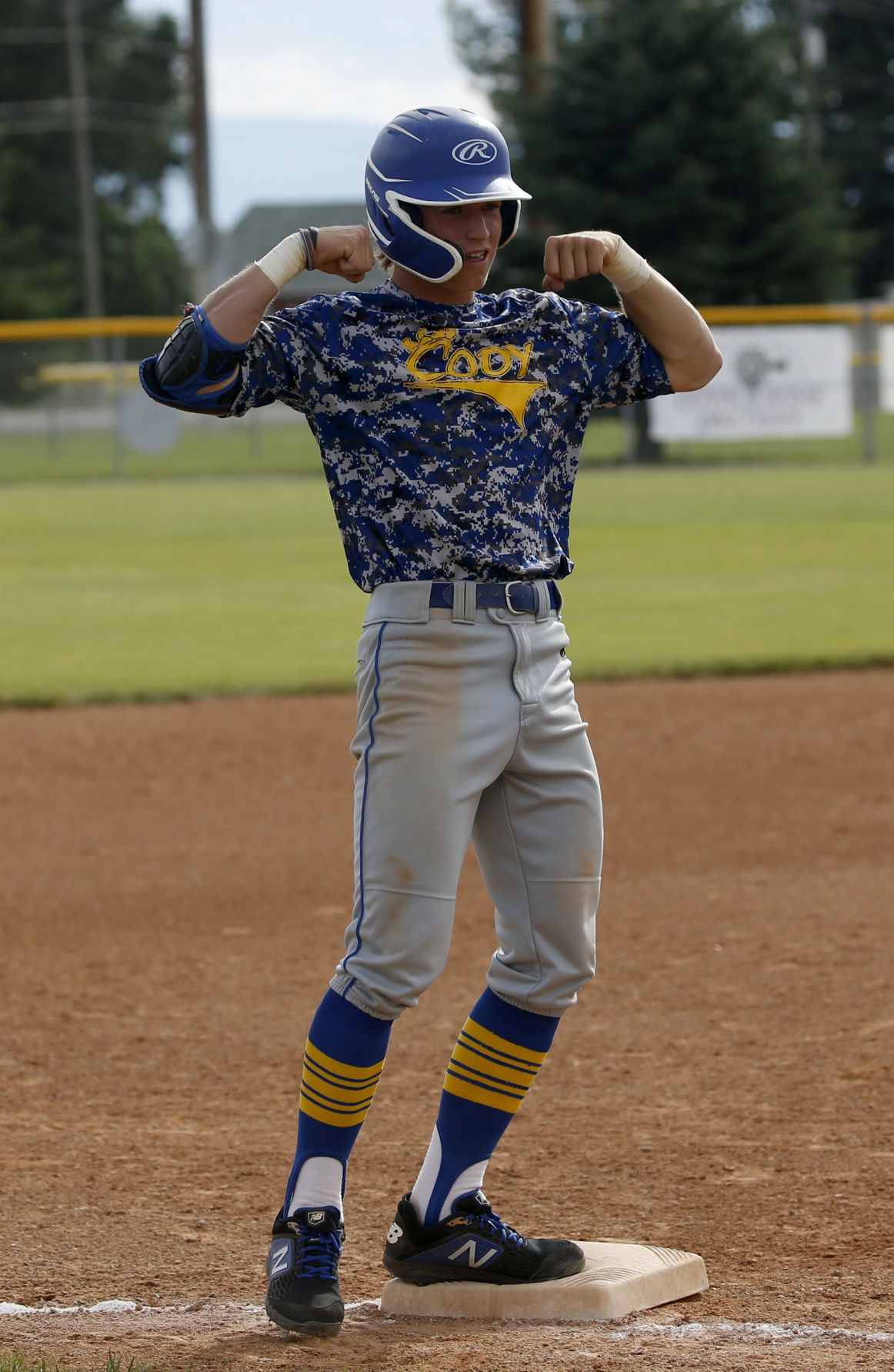 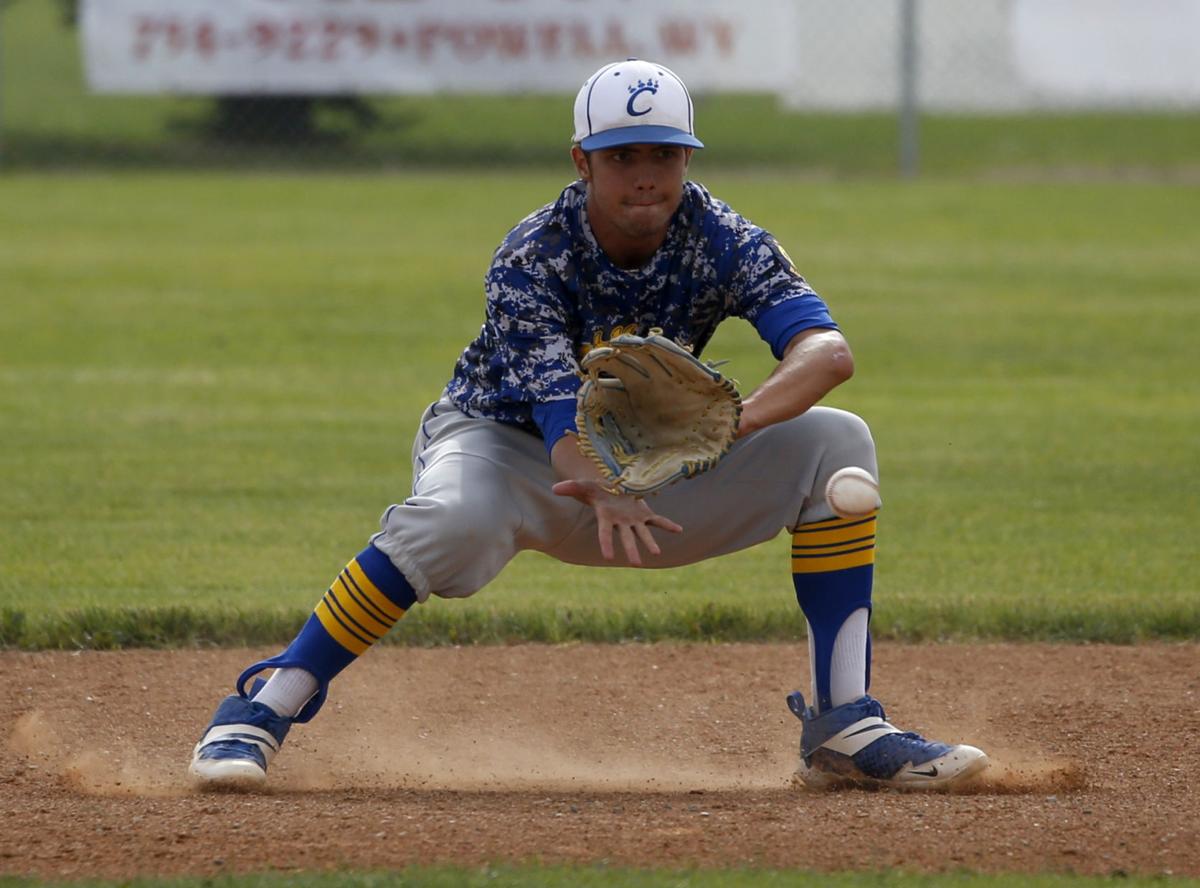 Ethan Johnston fields the ball at second base. 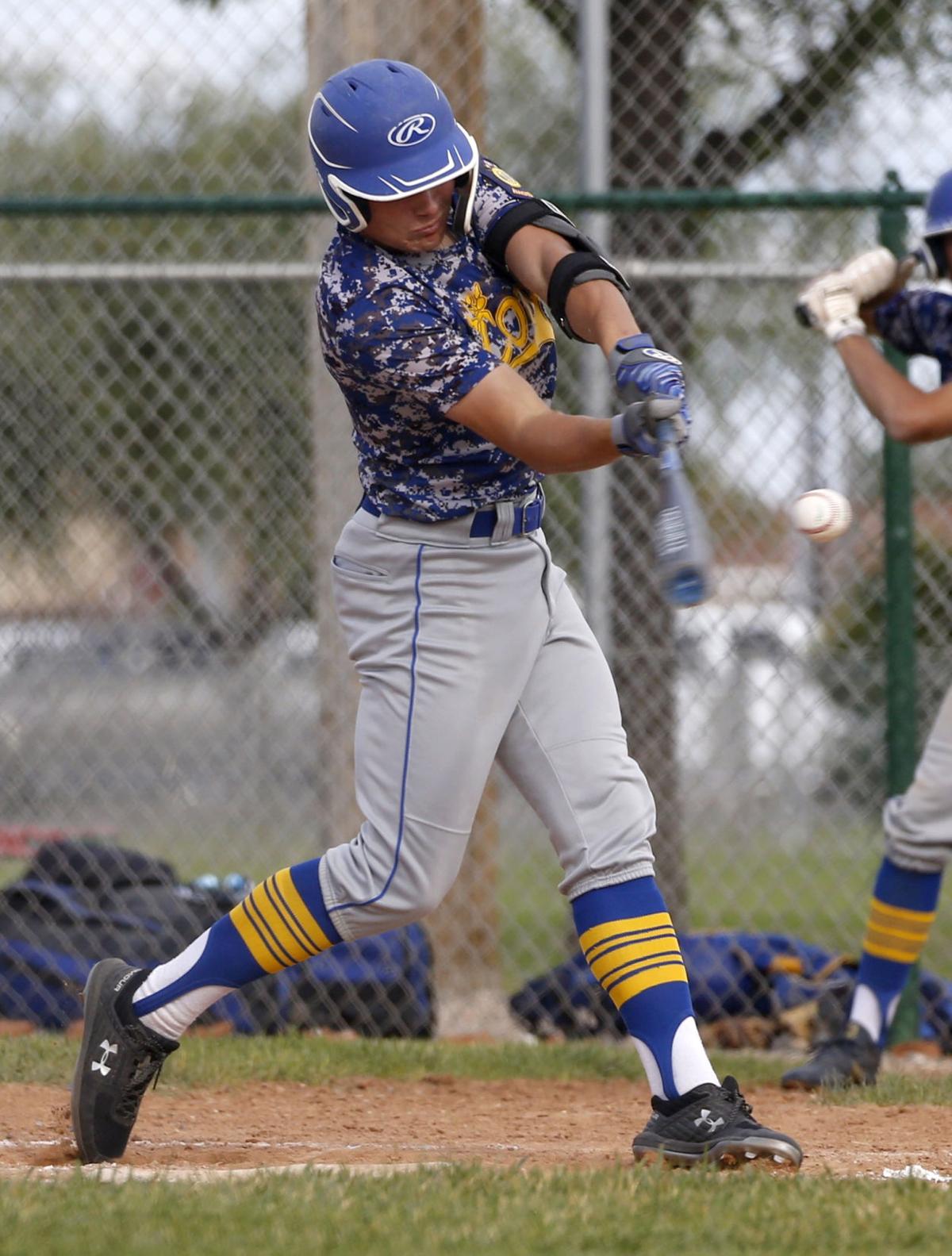 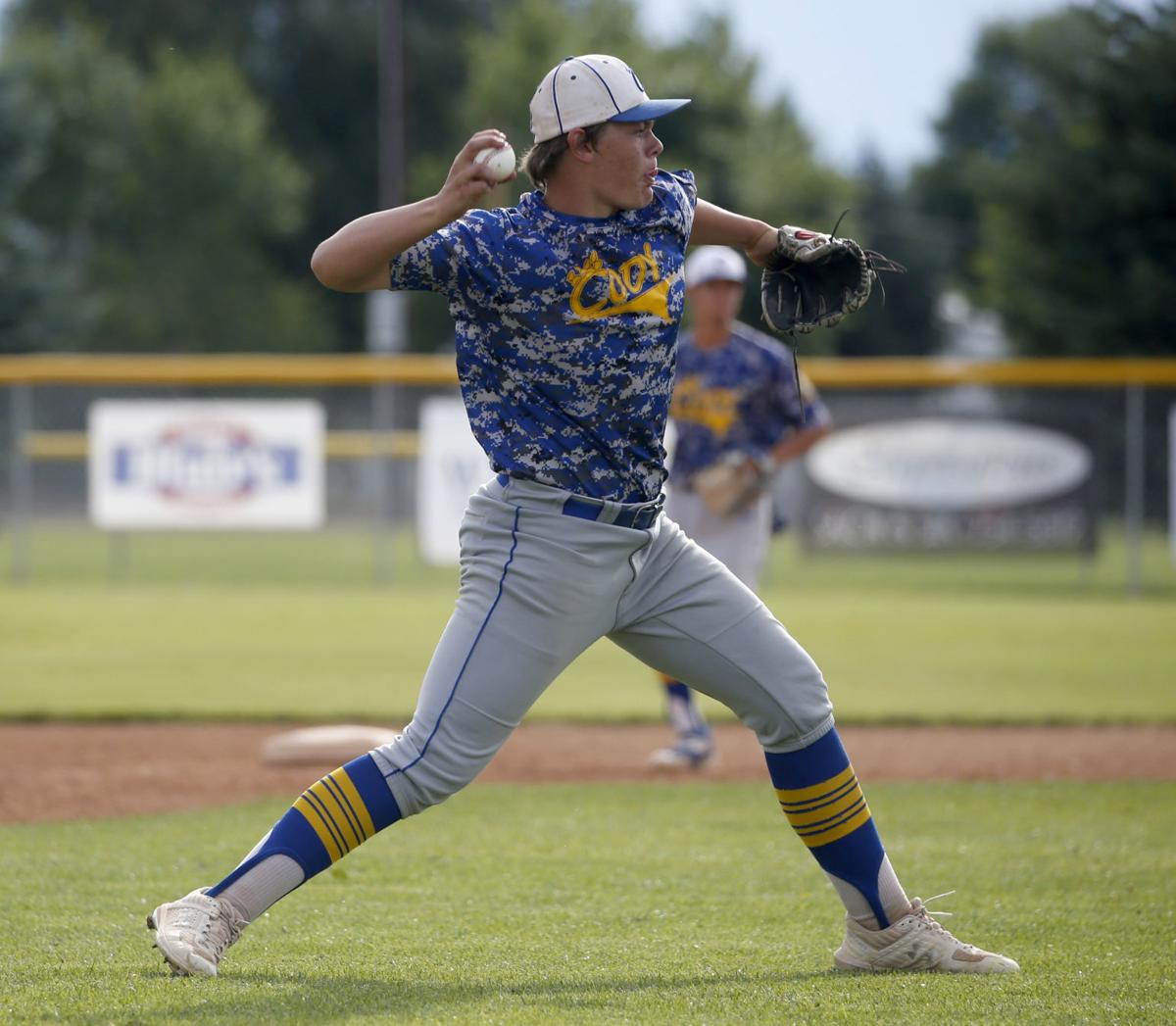 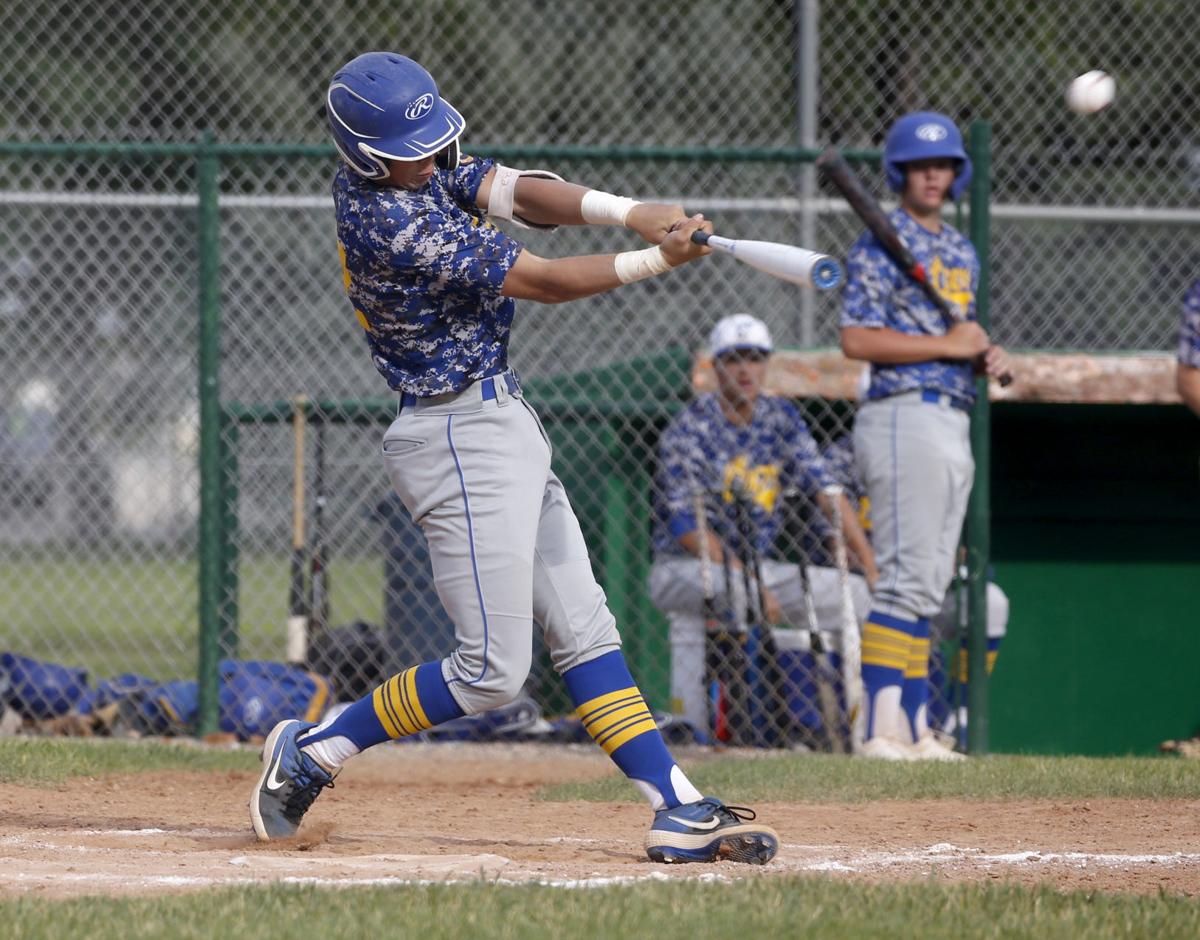 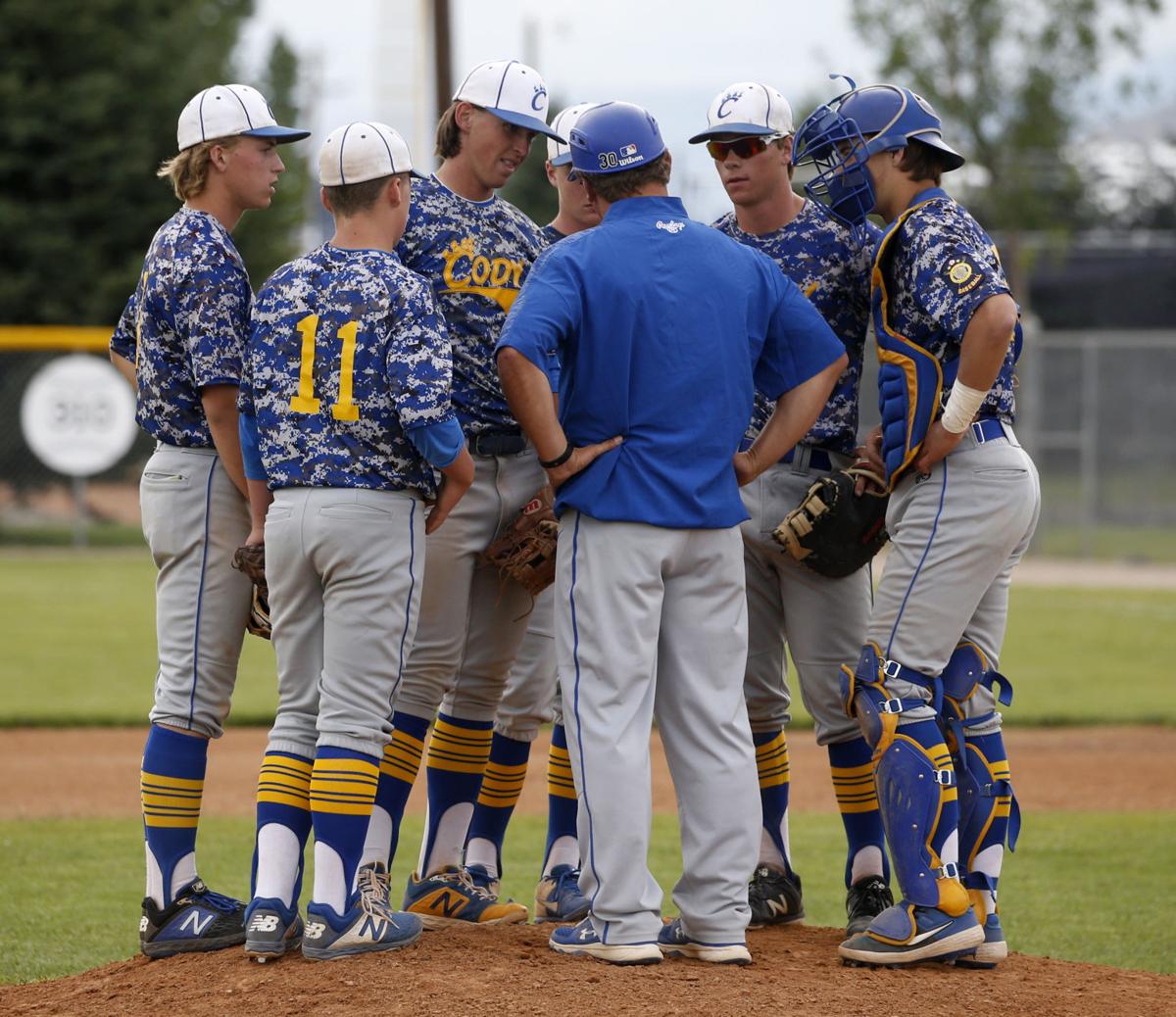 Coach Bart Grenz has a meeting on the mound. 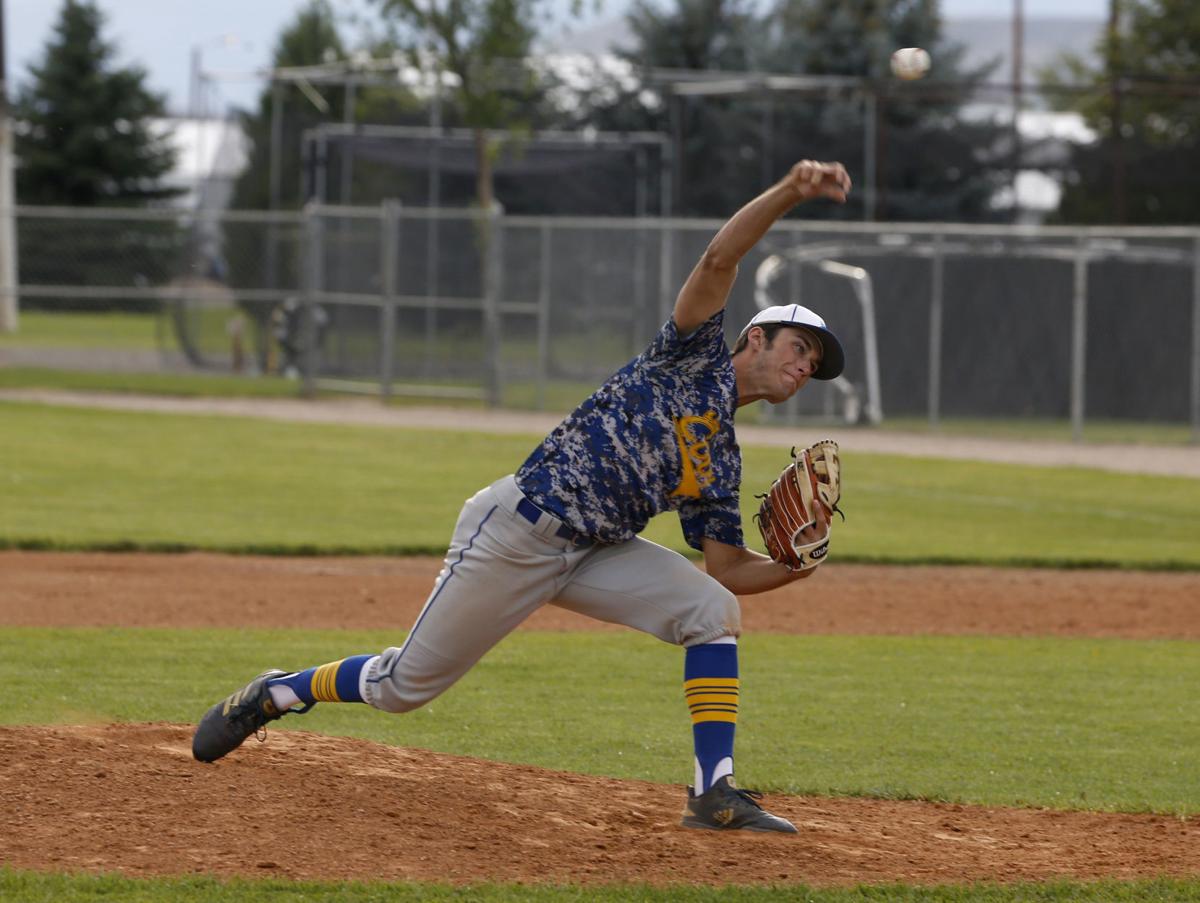 Hayden Bronnenberg gets a force out at first base.

Ethan Johnston fields the ball at second base.

Coach Bart Grenz has a meeting on the mound.

After Powell scored four in the third inning to pull within one run of the Cody Legion team, it looked like Monday's game might become a repeat of Sunday's back and forth game, but then the Cubs exploded for 14 runs in the fourth for a dominating 20-5 victory.

In the inning, the Cubs loaded the bases with two walks and a hit batter. Jared Grenz then blasted a grand slam over the left field fence. Tristan Blatt stepped in and hit his third home run in two days over the left fence as well to make it 11-5. After Tyler Grenz reached on an error, Devyn Engdahl hit his first Legion home run over the right field fence.

Cody was far from finished. Two more walks and double by Dominic Phillips again loaded the bases and an error scored two more for the Cubs. An intentional walk of Blatt loaded the bases again and back-to-back walks made it 17-5. Jack Schroeder then hit a double to score Cody's final runs.

Wanting to come out strong, Cody also scored two runs in each of the first three innings.

In the first, Johnston and Jared Grenz hit back-to-back doubles to score one run. With the second coming in on a single by Tyler Grenz.

Doubles by Schroeder and Cody Phillips made it 3-0 in the second, with another run scoring on Johnston's second double of the day.

Blatt walked to start the third and scored on a triple by Tyler Grenz. A single by Devyn Engdahl made it 6-1, as Powell had scored in the second.

The Pioneers took advantage of three Cody error in the third, and had two singles and a double to score four and make it 6-5 before the Cubs big inning.

Engdahl earned the win, giving up five runs, none earned, on four hits through 4 innings. Blatt pitched 1 inning and allowed no hits.