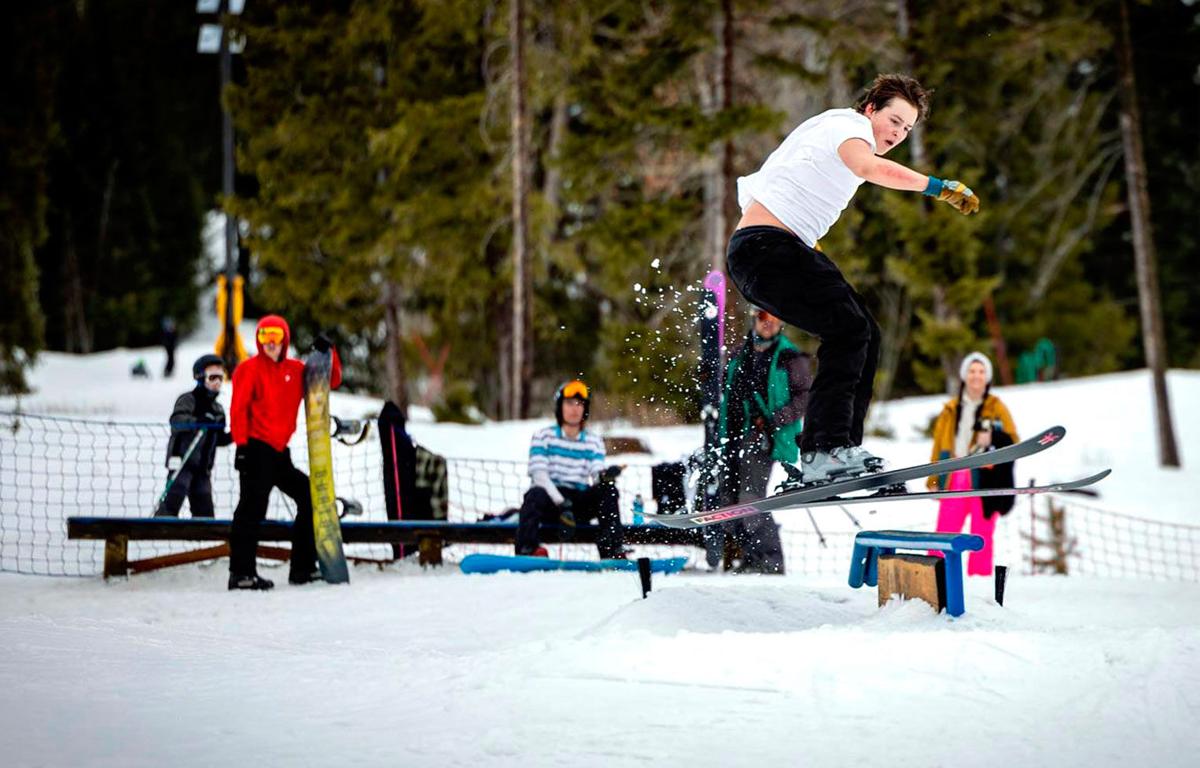 Eli Pryor slides a rail during Sleeping Giant’s Shoshone River Jam on March 20. Pryor took second place in the 14U division of the event. (Photo by John Harris) 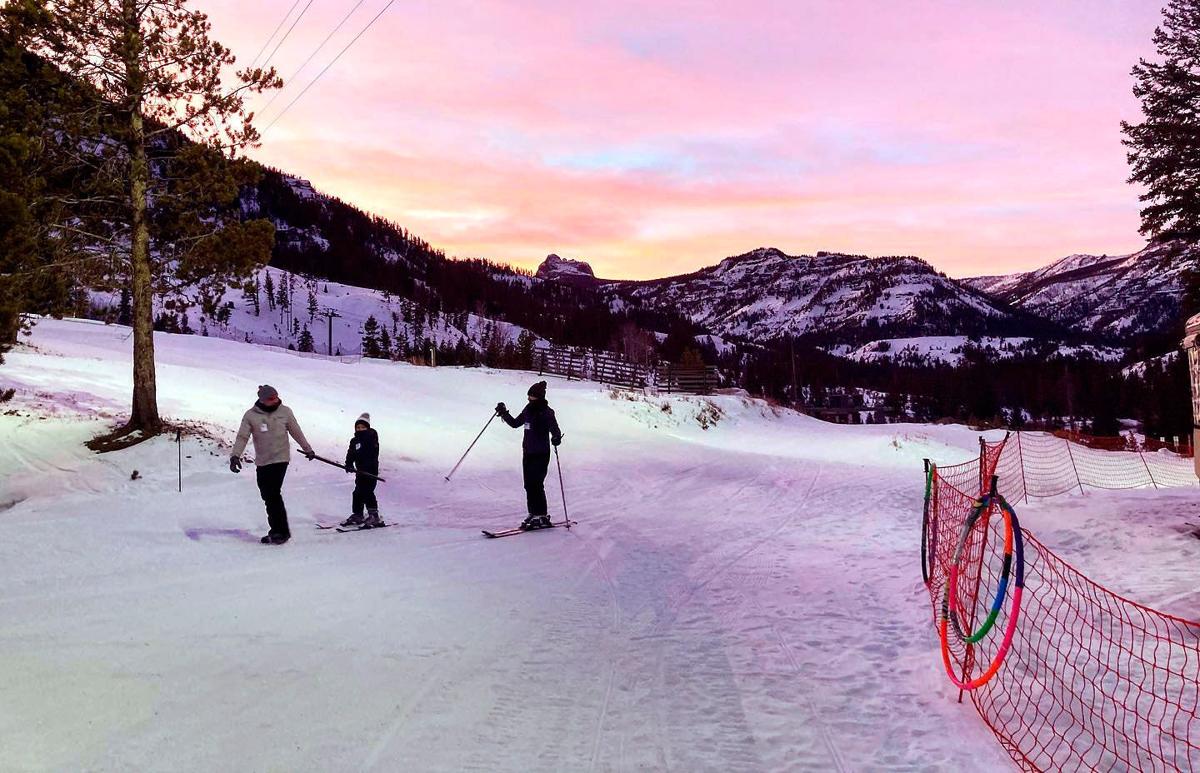 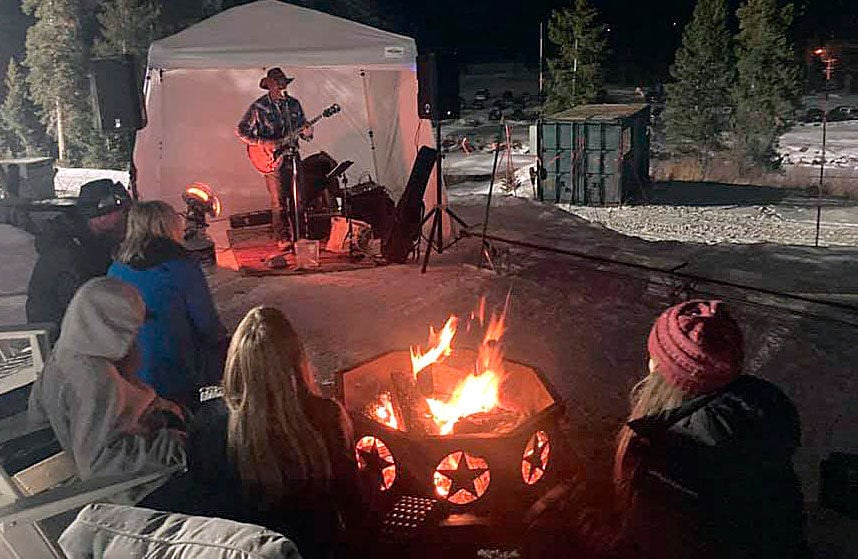 Eli Pryor slides a rail during Sleeping Giant’s Shoshone River Jam on March 20. Pryor took second place in the 14U division of the event. (Photo by John Harris)

This winter was a historic season for Sleeping Giant Ski Area, operating under private management for the first time since 2004. Owner Nick Piazza said he was pleased with the results, but he has plenty of items remaining on his to-do list for the mountain.

“It’s been a rollercoaster,” Piazza said. “Some days I love the mountain, some days I hate it. But we’ve made some great strides.”

Piazza said the ski area cut its annual losses – traditionally around $200,000 per year – by 40% this past winter, turning a profit for two of the winter months.

“Without dedicated skiers and snowboarders, this ski area would have no life,” Sleeping Giant Marketing Manager Dean Madley said. “Nick Piazza gave us the chance to keep these good times rolling, and a lot of people took advantage of that.”

Piazza tapped Powell native and former ski school director Mike Gimmeson to be general manager of the mountain, but even Gimmeson, despite having many years of experience working in the ski industry in places like Jackson Hole and Alaska, had never run a ski area before.

“Neither of us have done this, we haven’t been there before,” Piazza said.

One of the first tasks Piazza undertook after taking over was investing in lights for night skiing and building a yurt outside the main lodge. By the time the snow started to fall, the mountain had tubing in one area and four large tents known as mountain sanctuaries spread out over the mountain.

Piazza also invested in snow-making equipment in the late fall and early winter, an activity that had not taken place in a few years.

“We made a big bet with snowmaking,” Piazza said. “We were able to build off that base and keep every inch of snow that we got.”

Piazza also made a bet that the public would support the mountain if his $230,000 in investments were made in it, a wager that paid off.

Total ticket sales were up 71% with 4,730 sold. Piazza said rentals were also up and group passes were the only category of tickets that were down.

“The numbers don’t lie, the people of Park County and Montana gave us everything they had this year,” Piazza said, “and I am extremely grateful to everyone that came out to help us and support their local mountain.”

Even before the lifts started turning, the public showed support for the new operation, roughly doubling season-pass sales from the previous season.

“We saw people were ready to support us so we knew we’ve got to give it our best,” he said. Piazza admitted mistakes were made as far as management of human resources, the mountain sanctuaries, and kitchen, and the roll-out of snow bikes, which due to COVID-19 shipping limitations only delivered in small quantities. He mostly viewed these shortcomings as inevitable mistakes that come from managing a new enterprise.

“We were managing a lot of stuff on the fly and expending a lot more energy than we needed to,” he said. “Imagine how easy it will be now that we know what we’re doing.”

The mountain ran night skiing three days a week during the winter, which Piazza considered a successful endeavor. By midseason there were regular live music acts and a bonfire area where people could gather and relax. During the holidays there was also a lighted Christmas tree.

Lifelong Cody resident John Housel has been skiing at Sleeping Giant since he was a child in the early 1960s, an era when the mountain was only accessed by two rope tows. In those days the mountain drew big crowds, but Housel said that was partially due to there being fewer competing winter activities than what exist today.

“[Piazza] enhanced the social layer of the resort,” Housel said. “It was great to see, with music and skiing after dark. The people of Cody appreciated that.”

Housel, an avid Nordic skier, said on many occasions he would emerge from the cross-country trails after dark, greeted by the glowing presence of the lively ski area.

“It’s good to see the social atmosphere last from the day into well into the night,” he said.

Also introduced for the ski area was a mobile app for the mountain that now has about 700 subscribers and new options for purchasing lift tickets online. It was an innovative solution during COVID-19 times and for Sleeping Giant in the long-term, where only two registers exist purchasing tickets in the lodge.

Certain weekend days drew the biggest crowds the mountain had seen in years with up to 400 skiers and snowboarders coming out on the busiest of days, causing parking to overflow onto US 14-16-20 West.

But Piazza said what excited him even more were how many new faces he saw in the lodge.

Most ski areas exist within two hours or less of a metropolitan area, but Sleeping Giant’s main population draw is only about 28,000, which Piazza said makes it challenging to support the ski area on its own. He said there was a small but consistent stream of customers from outside the area – a demographic he hopes to build on in the future by collaborating with a few of the lodges near the ski area, to help support marketing Sleeping Giant as a winter vacation destination.

What brought in many guests from the regional area on day trips was a partnership pass program that traded discounted and free lift tickets to passholders from other mountains as far away as Wisconsin, and vice versa for those Sleeping Giant passholders looking to ride in those locations. Programs like these have become more and more prevalent throughout the ski industry over the last decade.

For this summer, the zipline will run as usual starting in June and plans are also in the works for a mid-summer music festival.

Piazza plans to add more mountain activities in the winter and summer, improve snowmaking, grow the ski school program to become profitable again, and make a return to the mountain’s generous offering of youth scholarships for skiers and snowboarders.

The ski area will be offering a preseason season pass sale this month that will allow people to lock in current prices for next year, which Piazza said will be increasing.

It’s all a part of a developing new energy just outside Yellowstone’s east gate, founded upon new blood and fresh perspectives.

“It’s a bit of a mystery why the east gate isn’t more of a winter destination for people,” Piazza said. “In the winter it’s forgotten a bit. We’re hopeful we can awaken them to that.”