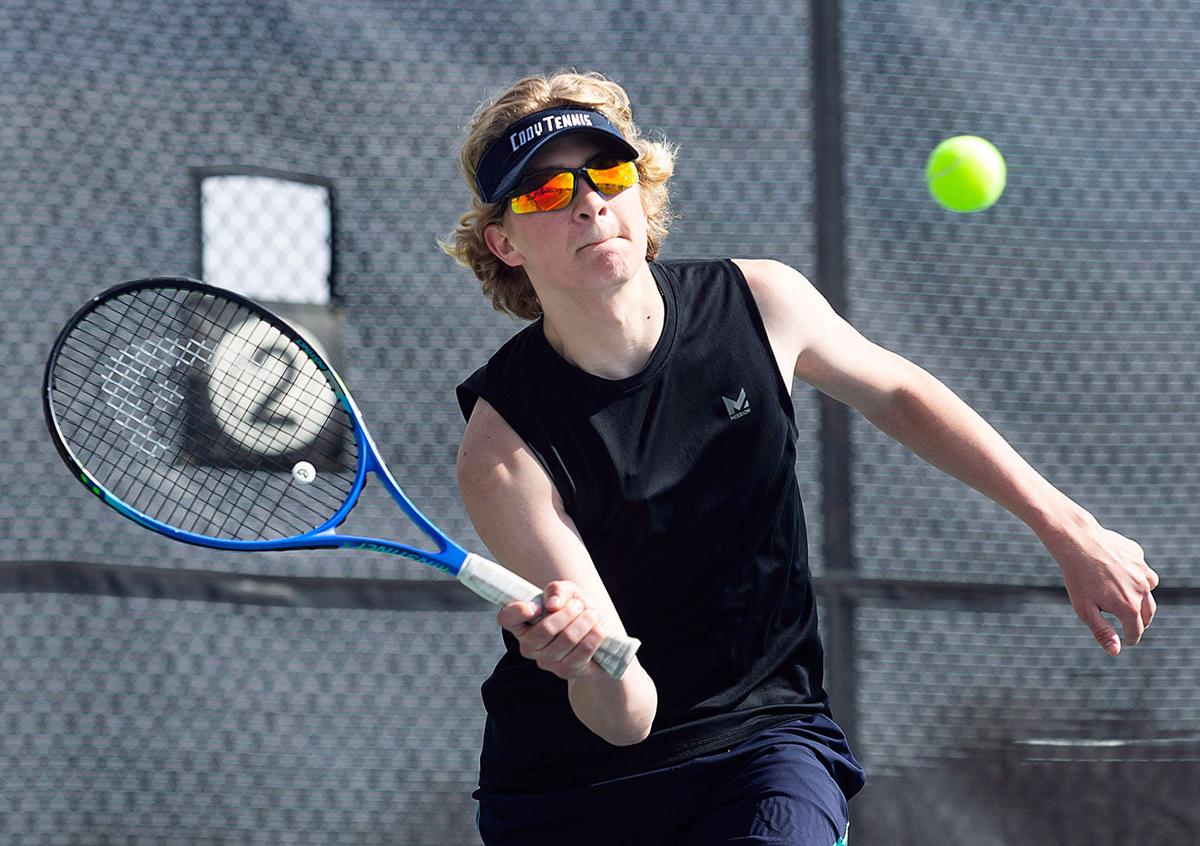 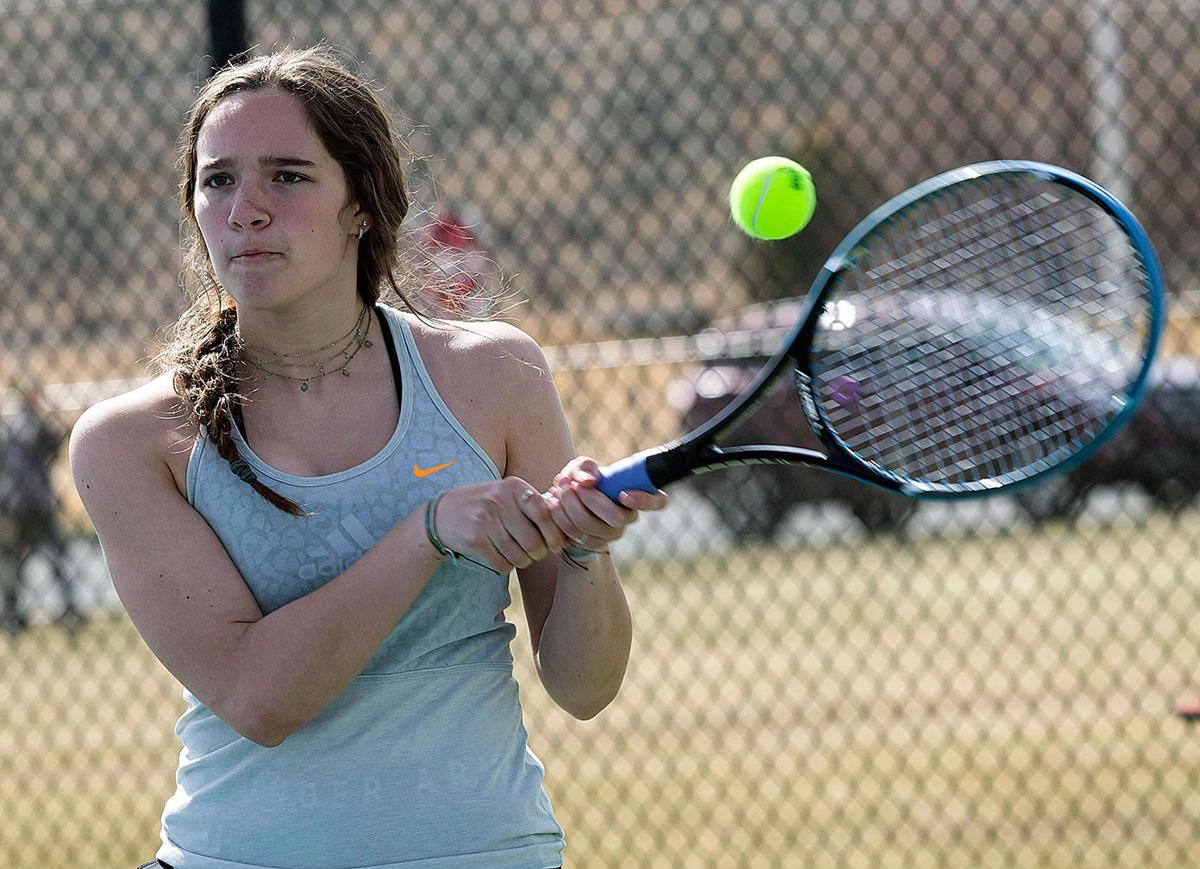 The 2021 spring season has not been kind to the Cody tennis team.

A handful of practices have already been missed because of the April snowstorms. Missing even one practice is significant in a five-week season, but fortunately, the spring is used mostly for letting players try new positions and get some extra training in. With no culminating event – there is no state tournament for spring tennis – the Cody athletes get to play in some different roles in their matches and focus on the parts of their game they want to develop.

“It’s mostly for freshmen, sophomores, juniors, preparing them for the fall season,” said senior Soffy Anderson. “The kids who were too scared to try out in the fall, they try it in the spring and see if they want to do it in the fall.”

At a home match April 24 against Green River, the coaches eschewed the typical alignments of boys versus girls, paired into doubles teams or playing in singles matches. Instead, short four-game bouts were played, with boys doubles playing girls doubles teams, mixed doubles teams getting in on the action, and singles players getting some court time as well. Sometimes Cody players played each other because of the tournament format.

Last fall’s top singles players, Cody Champlin and Raegen Staggs, teamed up to play mixed doubles in the match. It’s been an adjustment for the pair.

“It’s like singles, but with another person, and different,” Champlin said. “I never know what’s going on.”

Playing doubles has forced Champlin to switch up his style.

“I really like hitting it exactly the same place it came from and I can’t do that because there’s a net person there, so that makes me sad,” he said.

The season is an opportunity for the younger players to get some extra work in with a coach, but for the seniors who came out like Soffy Anderson, it’s really just a chance to have some fun and help their friends become better players. For Anderson, it’s a strange feeling, being in the final leg of her high school career.

“There isn’t a state or anything, so it just kind of dwindles out,” she said. “I think I’ll play tennis a lot this summer so it will never really truly end.”

Anderson was paired with junior Anna Brenner at the April 24 match as a doubles squad. In the fall, Brenner was the No. 2 singles player for the Fillies and is working on improving her game for the upcoming season.

“I’m focusing on my groundstrokes and strengthening my serve a lot to get ready to play singles next year, hopefully,” she said.