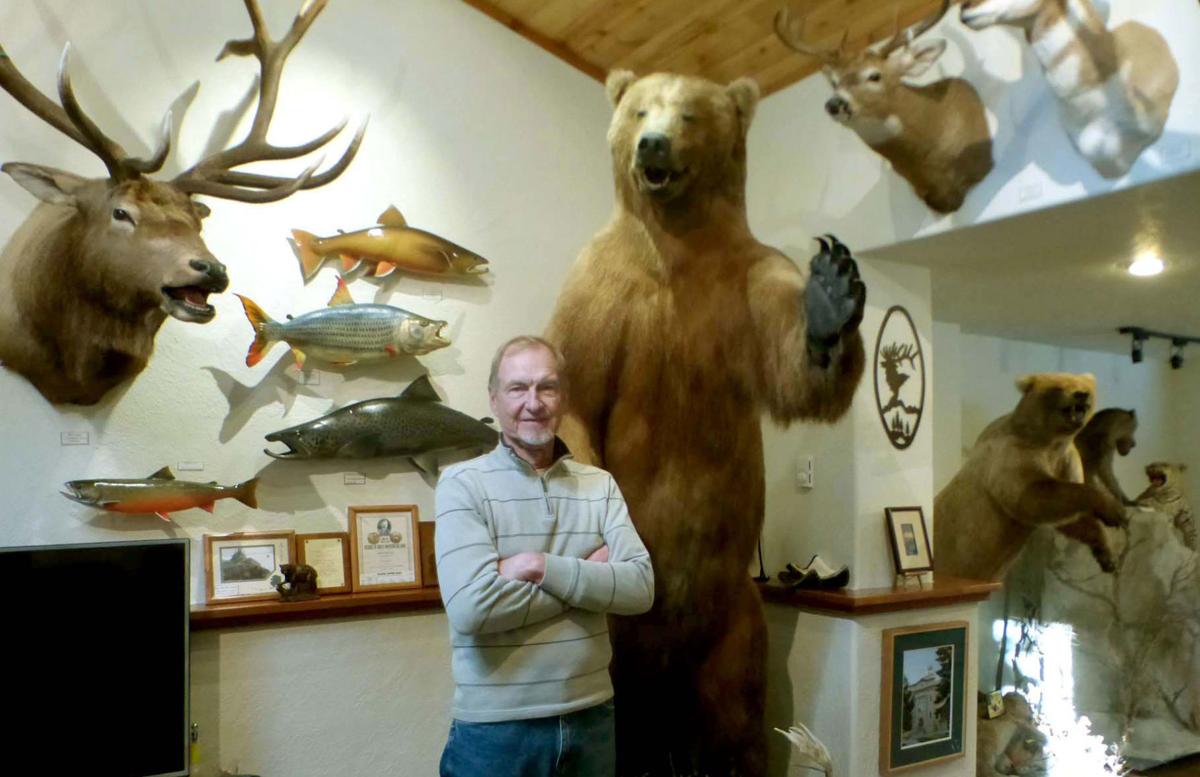 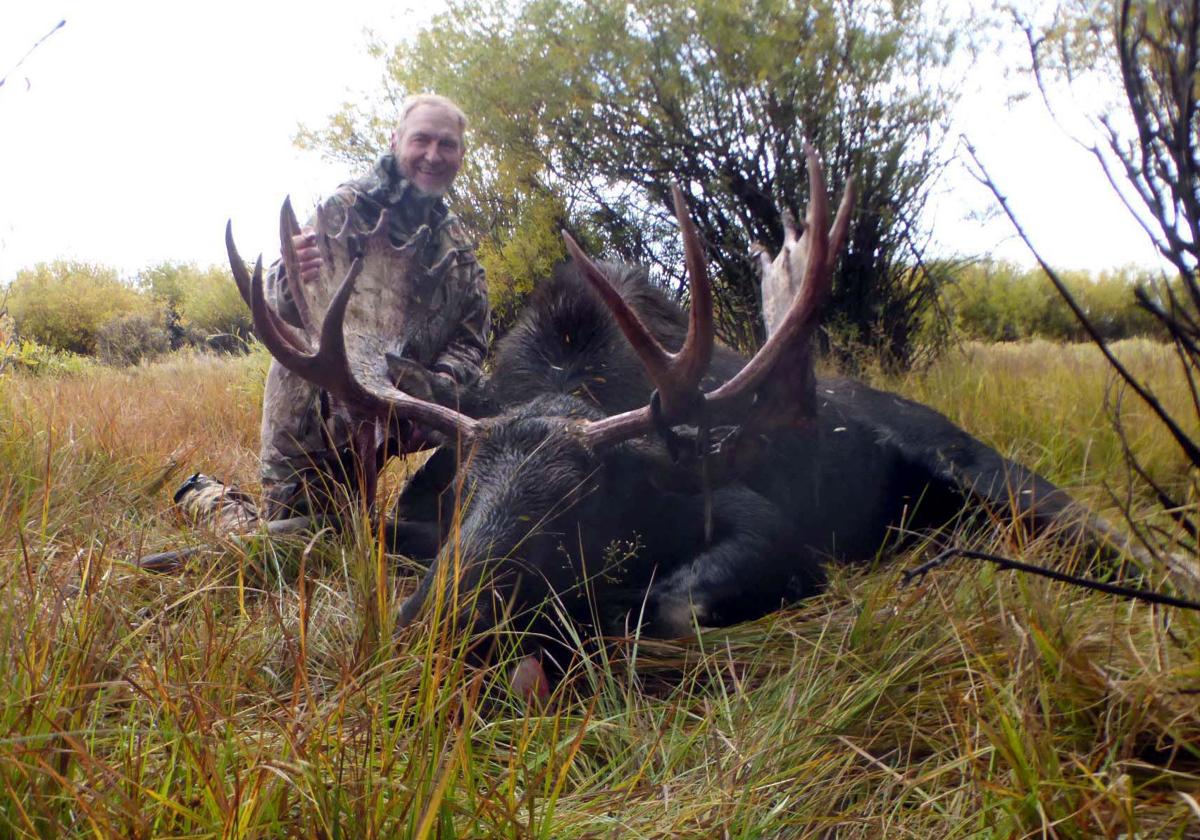 African animals reside next to those from Wyoming and Alaska, each item telling its own story, including the 1,500-pound, 10-foot-7-inch grizzly bear.

But in its own way, this fall presented Grosskopf, the former Park County commissioner, with a new candidate for hunt of a lifetime.

After 48 years of waiting, Grosskopf, 70, finally drew a Game and Fish tag for a bull moose hunt.

Repeatedly striking out on a tag closer to Cody in the Big Horn Mountains, Grosskopf put in for a tag near Pinedale.

Son Todd, who is a G&F employee, though not in that region, urged him to take the flyer on Pinedale.

“Instead of waiting another eight to 10 years,” said Todd Grosskopf.

At that point, Loren Grosskopf believes he was 0-for-44 in seeking a tag.

A lifetime of hunting

Loren Grosskopf is originally from Wisconsin – and yes, he is still a Green Bay Packer fan. In recent years, he has had more success hunting big game than the Packers have hunting Super Bowl titles.

The elder Grosskopf has hunted on all continents except Antarctica.

He began hunting rabbits and squirrels at age 12.

He has been in Wyoming since 1971, with a short work interlude in Montana.

“My kids were raised on wild game,” Grosskopf said.

He has also hunted pheasants, ducks, geese and turkey.

His mountain goat was obtained in Alaska, as was the gigantic grizzly, from the Seward Peninsula.

Grosskopf did some bow hunting, but a shoulder injury curtailed that approach to big game.

Hunting is a perfect fit for Wyoming, Grosskopf says, with its abundance of game, wide open spaces and large amount of public land.

“You fend for yourself at the top of a mountain,” he said.

An avid fisherman, Grosskopf has mounts for each type of salmon, too, including an 80-plus-pound king salmon.

As a member of the Yellowstone Ecosystem Subcommittee of the Interagency Grizzly Bear Committee, Grosskopf invested hundreds of hours in developing conservation regulations that accounted for the recovery of Wyoming’s grizzly bears and a possible authorized hunting season once the U.S. Fish and Wildlife Service delisted the bear from Endangered Species Act protection.

The entire effort was put on hold indefinitely by a federal court.

“Anti-hunting,” Grosskopf said of the lawsuit. “That’s what’s doing this.”

Among African animals taken by Grosskopf on overseas trips, is the cape buffalo and the difficult-to-obtain leopard.

On one hunt, which Grosskopf began weighing 170 pounds, he said the water tasted like toothpaste and he got sick, losing 20 pounds. When he returned to Cody, wife Cindy asked, “What happened to you?”

The bull moose hunt began with three days of scouting in late September with Todd and one of his friends.

The scenery “was beautiful,” Grosskopf said, hills covered with aspen and willow trees.

They hiked to higher elevations, building up a sweat and fending off rain, seeing between 15 and 20 bulls. But not the right one.

Back in their vehicle going down a road, Grosskopf thought he glimpsed moose antlers between two trees. His companions teased him, saying they saw nothing.

But they backtracked and there was the moose at about 250 yards.

“He was really fortunate to be looking in that direction at 30 mph,” Todd Grosskopf said.

Loren said the location was a miracle because a dead animal would not have to be transported very far. He took the shot and the moose went down.

“He was ecstatic,” Todd said. “He gets very excited when he hunts. He turns into a young man again. He was thrilled. He had worked so long (to get one).”

They estimated the moose at 900-1,000 pounds and the animal was quartered at the scene.

Grosskopf brought home more than 300 pounds of meat, so much he had to buy an additional freezer to store it.

Cindy Grosskopf said the tender meat was so good it was “almost sweet. The hamburger is definitely equal to the steak.”

Moose. It’s what’s for dinner at the Grosskopfs’ house for some time to come.