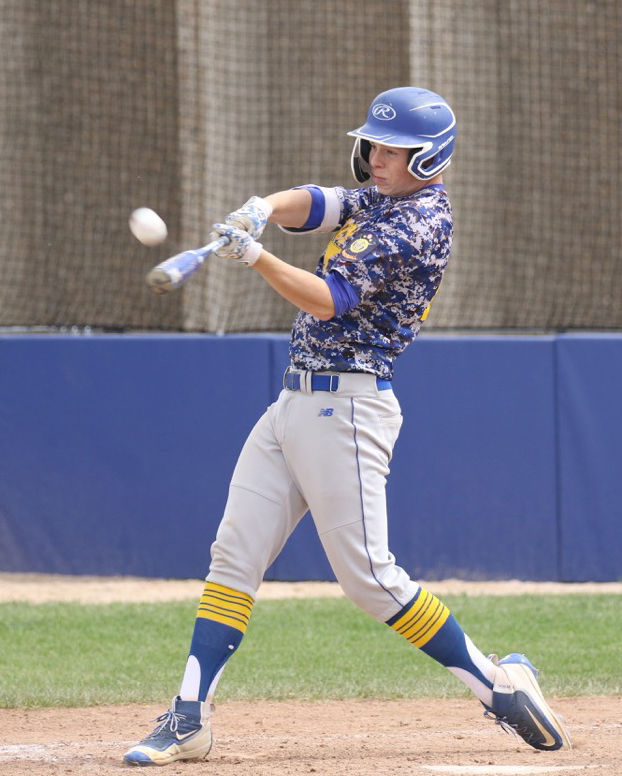 Cody Phillips gets a hit Saturday in Douglas. 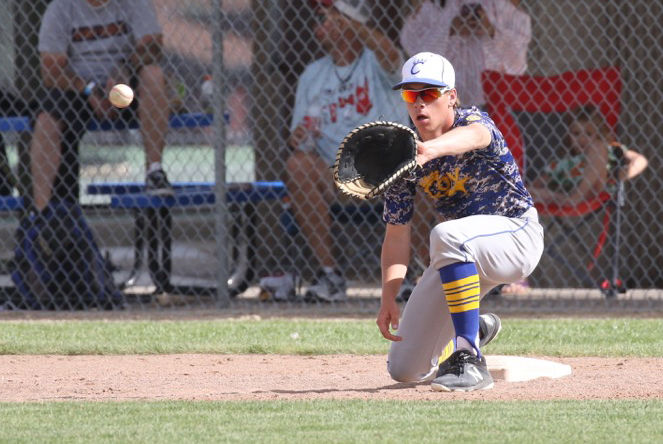 Hayden Bronnenberg waits for the ball at first base. 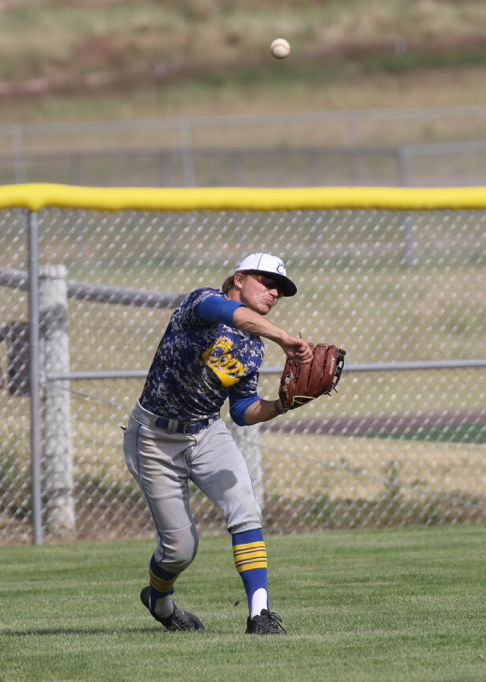 Jared Grenz throws the ball in from center field.

Cody Phillips gets a hit Saturday in Douglas.

Hayden Bronnenberg waits for the ball at first base.

Jared Grenz throws the ball in from center field.

The Cody Legion baseball team earned a split on the road Saturday against Douglas, winning the first game 9-8 and falling in the second 13-8.

Cody took the lead in the seventh inning and held on to win the first game on the road at Douglas on Saturday.

After the Bearcats went up 8-6 in the sixth, the Cubs loaded the bases in the seventh with two singles by Engdahl and Bronnenberg, and a hit batter. Both runs scored on a double by Cody Phillips to put Cody up 9-8.

“We came out strong in the first game,” Johnston said. “At the plate we got our bats rolling, which really helped us score runs and get right back in the game.”

The Cubs turned a double play in the bottom of the frame, with a strikeout ending the game.

In the second, Cody took a 2-1 lead after a double by Engdahl, two walks and a single by Johnston.

A home run put Douglas up 4-2, but Cody got one back in the top of the fifth. Cody Phillips hit a single and scored on a ground out by Grenz.

Douglas went up 6-3 in the bottom of the frame, but Cody hung around, tying the game in the sixth after three hit batters and back-to-back doubles by Johnston and Grenz.

At the plate, Cody Phillips and Engdahl went 2-3, and Johnston 2-4.

Engdahl earned the win, going 1 inning and giving up no runs or hits.

“It was good to see how Devyn handled the relief appearance,” coach Grenz said.

“Jackson looked really good on the mound,” coach Grenz said. “His velocity of was up and his curveball was sharp.”

Cody played catchup for most of the second game.

“Game two we always seemed to be playing from behind and a step off the pace,” coach Grenz said. “The  kids battled well but we couldn’t seem to get over the hump.”

Douglas scored five unanswered runs in the first two innings before Cody got on the board with a solo homer in the third by Cody Phillips.

“It felt great getting that home run,” he said. “I’ve been ready to hit my first one for a while now. The pitch was a fastball, a little inside, and once I hit it, I knew it was out if it would stay fair. When it went over the fence I was pretty excited.”

Cody tied the game in the fourth, which included singles by Schroeder, McLeod and McCarten, a sac fly by Cody Phillips and double by Johnston.

Douglas scored three in the fourth, four in the fifth and one in the sixth.

Cody added a run in the sixth on a sac fly by Grenz.

“We didn’t come out as fast as we’d done in the first game and Douglas is a solid team too,” Johnston said. “We had a shot but some don’t go your way.”

In the seventh, Engdahl hit a double and Schroeder a two-run homer to center.

“It’s a great confidence boost for me. I hope I can keep pounding the baseball like that,” Schroeder said. “I got it to a full count, I saw a curveball out of his hands and from then I just put the bat on the baseball.

“When the center fielder stopped going after the ball was when I realized it was out, but when I hit it I didn’t think it was going out, so I was pretty surprised.”