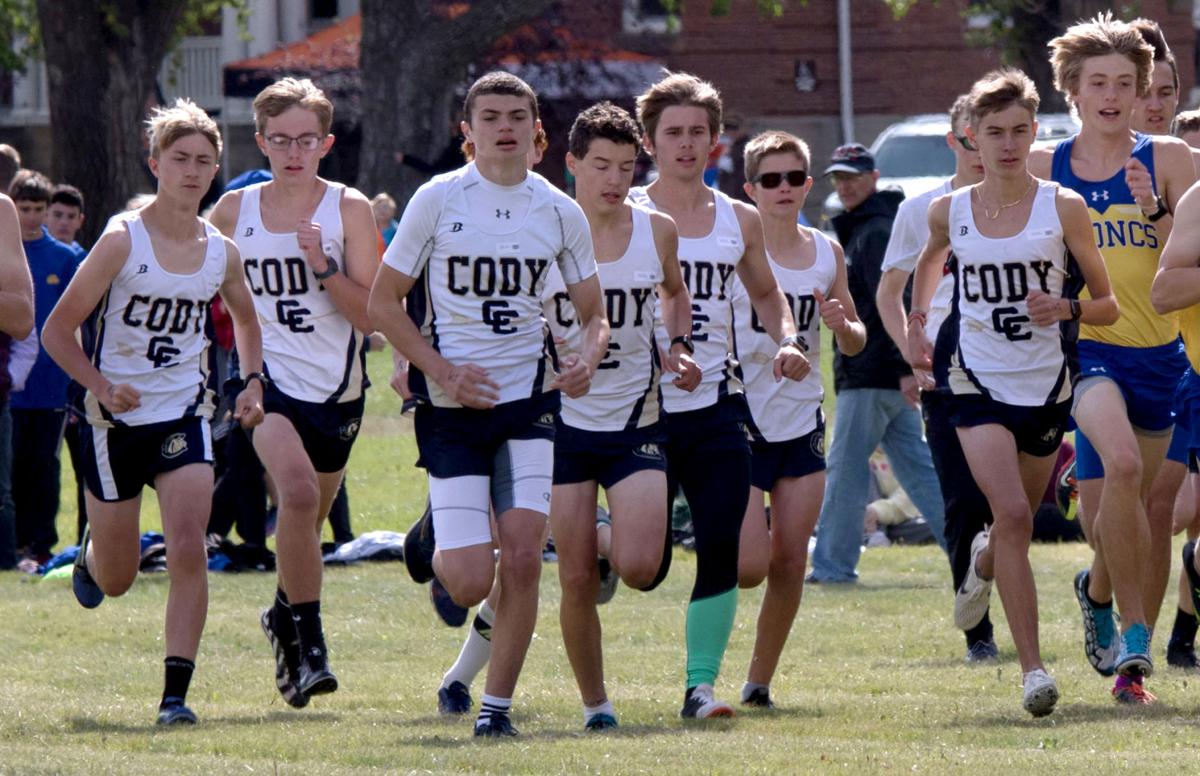 The Cody boys cross country team takes off at the start of the race Saturday in Sheridan. 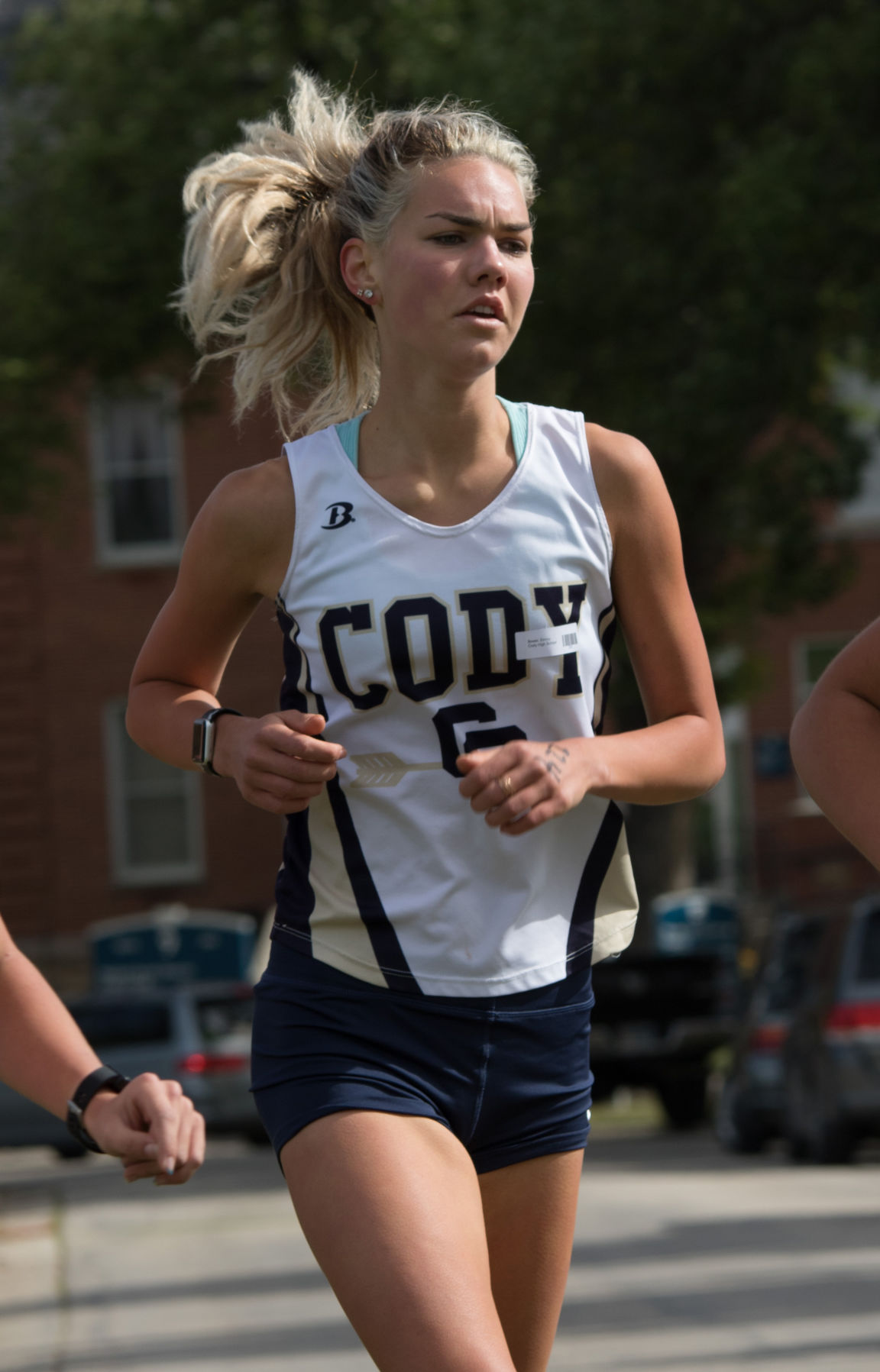 The Cody boys cross country team takes off at the start of the race Saturday in Sheridan.

Most freshmen need an adjustment period when they start a high school sport. Riley Nielson is one of them, but Saturday was a breakthrough of sorts.

The Cody ninth-grader scored as the fourth runner for the Bronc cross country team in the Michelle Ludwig Invitational in Sheridan, coming on strong on the 5K course to pass opposing runners.

Senior Owen Preston was the top boys finisher as usual, placing fifth among 68 finishers in the 10-team field. Preston’s time was 17 minutes, 6 seconds.

The Broncs were third in the team race behind host Sheridan and Natrona. Teams need five finishers to score and Nielson, who was 35th in 19:53, provided something extra to the lineup.

“It felt pretty good,” Nielson said. “At the start, I was a little bit slow. I ended strong. Towards the end I passed a couple of people. The big thing is that I didn’t get passed.”

David Juergens, Nielson’s middle school teammate, has seemingly had no problem at all moving into high school competition. He has been running as second man in almost every meet, Saturday too. Juergens was 14th overall in 18:16. Sophomore Wyatt Becker was the third Cody finisher in 19:10.

Although she ran, top Fillies runner Riley Smith, was still feeling the effects of illness and placed 39th. This was the second week in a row Smith was not herself.

“Riley is still not feeling well,” said Kirkham, who is also her mother.

Senior Baylee Stafford was the top Filly finisher in seventh place in 20:20, with Emmy Bower second for Cody in 14th. Bower’s time was 21:11.

Ordinarily, any Cody runners who are not freshmen would be familiar with the course at the Veterans Administration Hospital because it has served as the state-meet route for several years. However, there were changes this year.

“They kind of changed it because of construction,” Bower said.

Bower said she did not feel particularly sharp off the starting line, her legs feeling extra tired because of hard workouts run during the week. Friday, the day before, she said the team trained very hard on the track at CHS in the rain. The coaches did not let up because of the nasty conditions.

“They said, ‘We need to train because it could be like this at state,’” Bower said the runners were told. Everything all season has been geared as preparation for the state championships at Afton in late October. “At least that’s the way I’m thinking of it,” Bower said.

Nielson said workouts are one thing tougher about moving from middle school to high school competition.

“The practices have been getting harder,” he said. “We’ve been putting in more miles.”