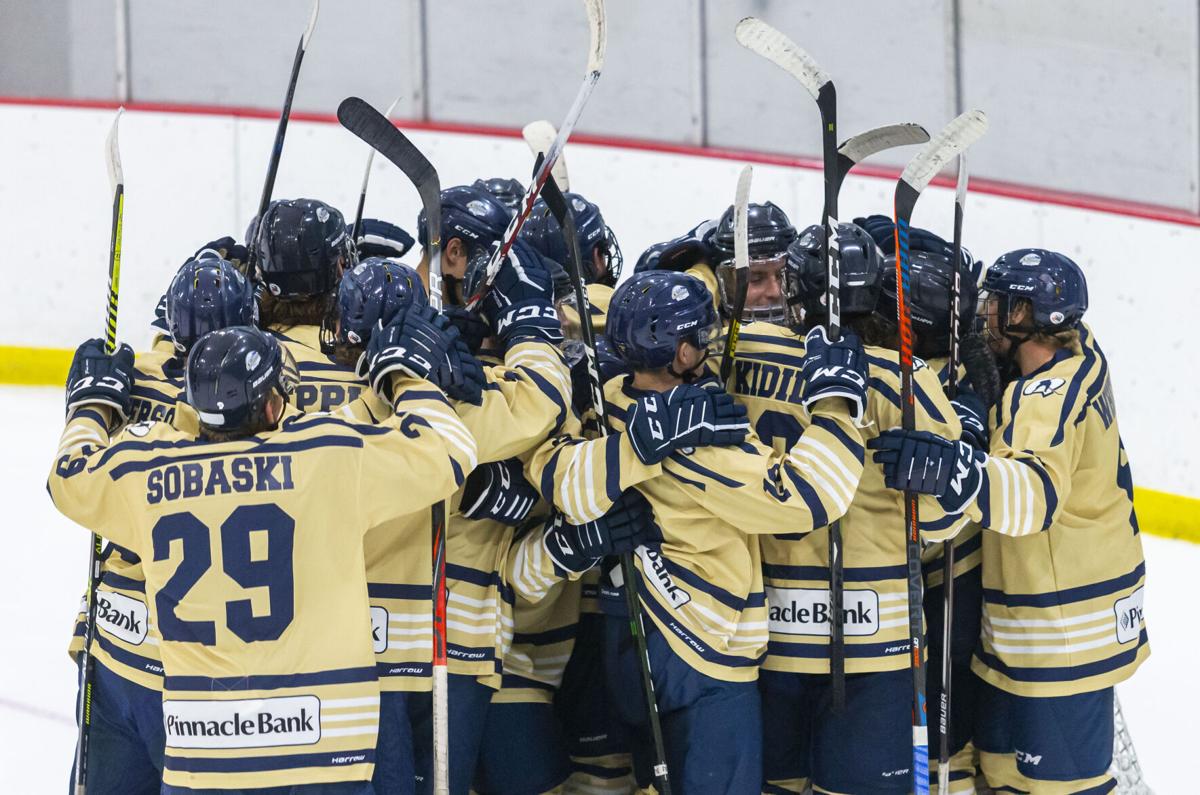 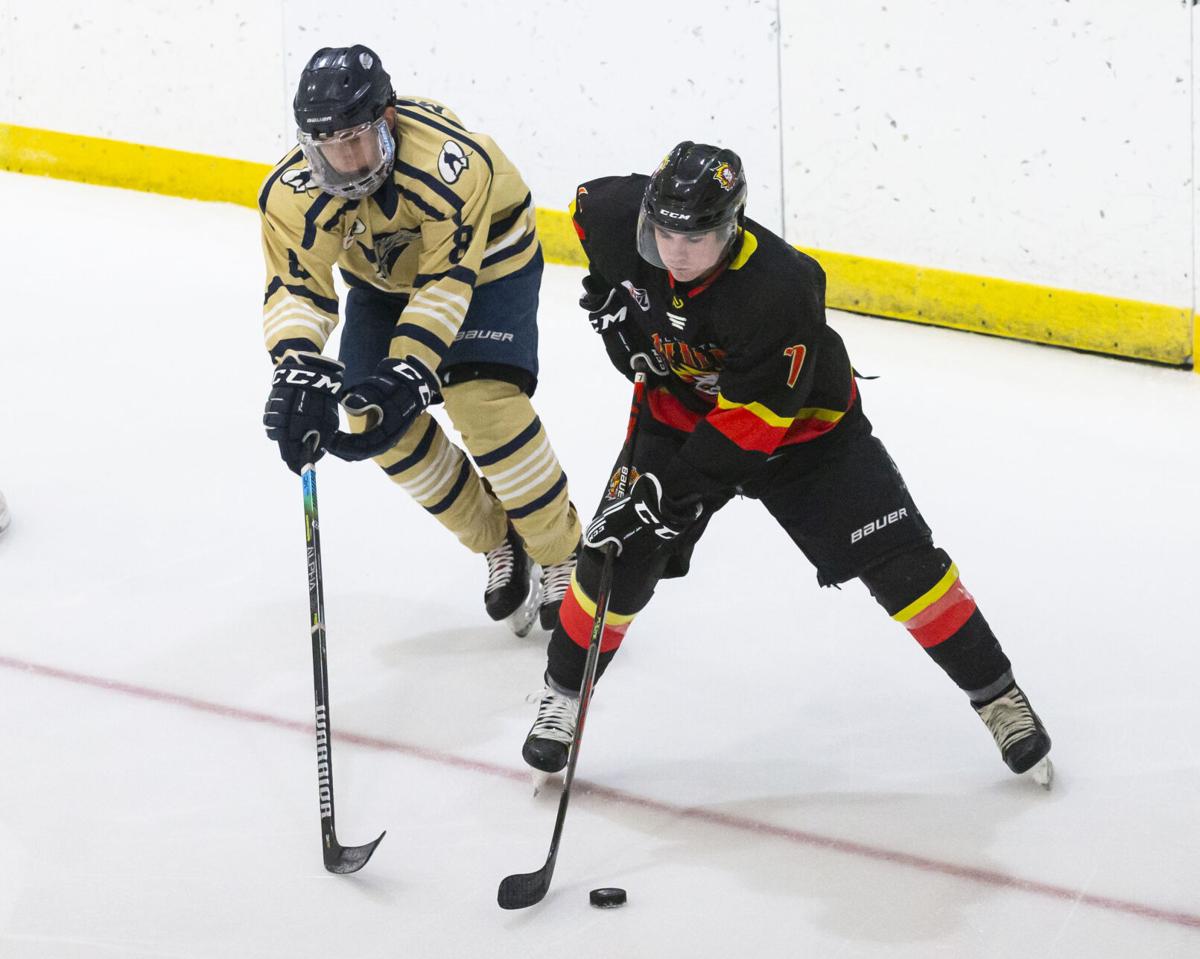 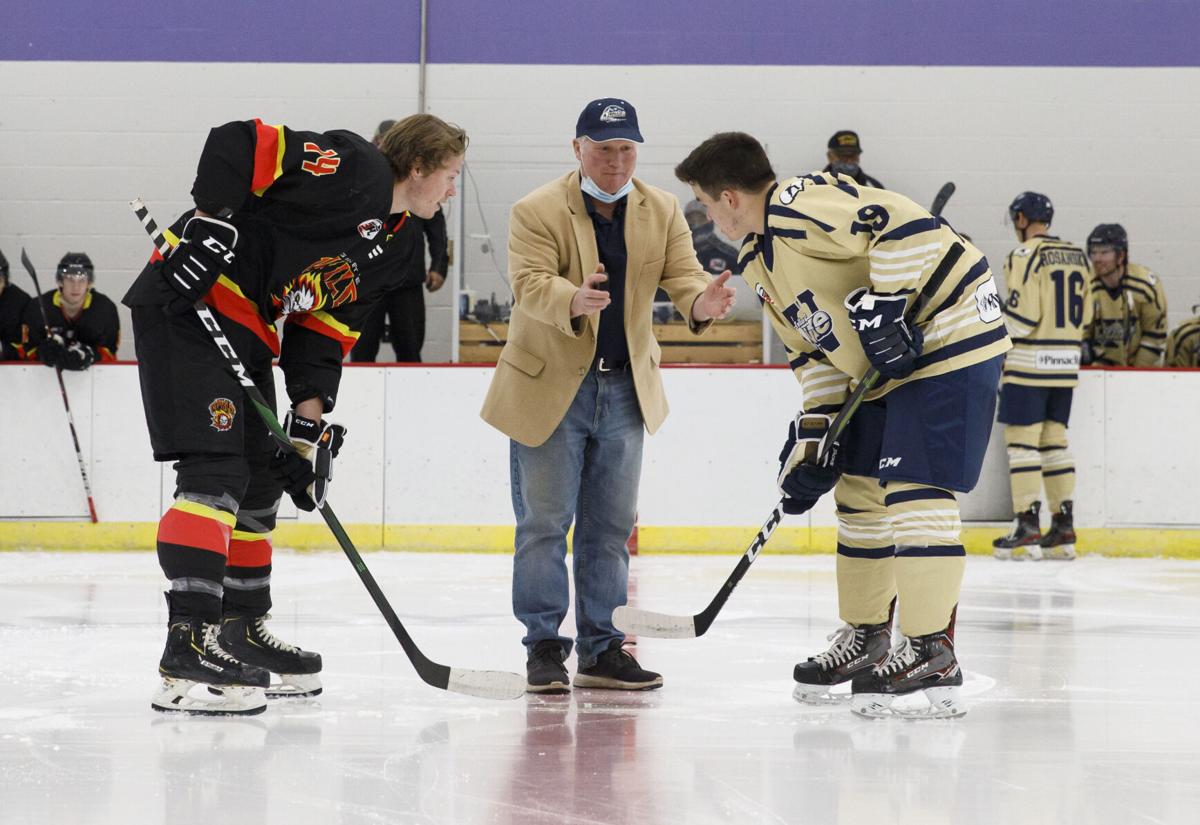 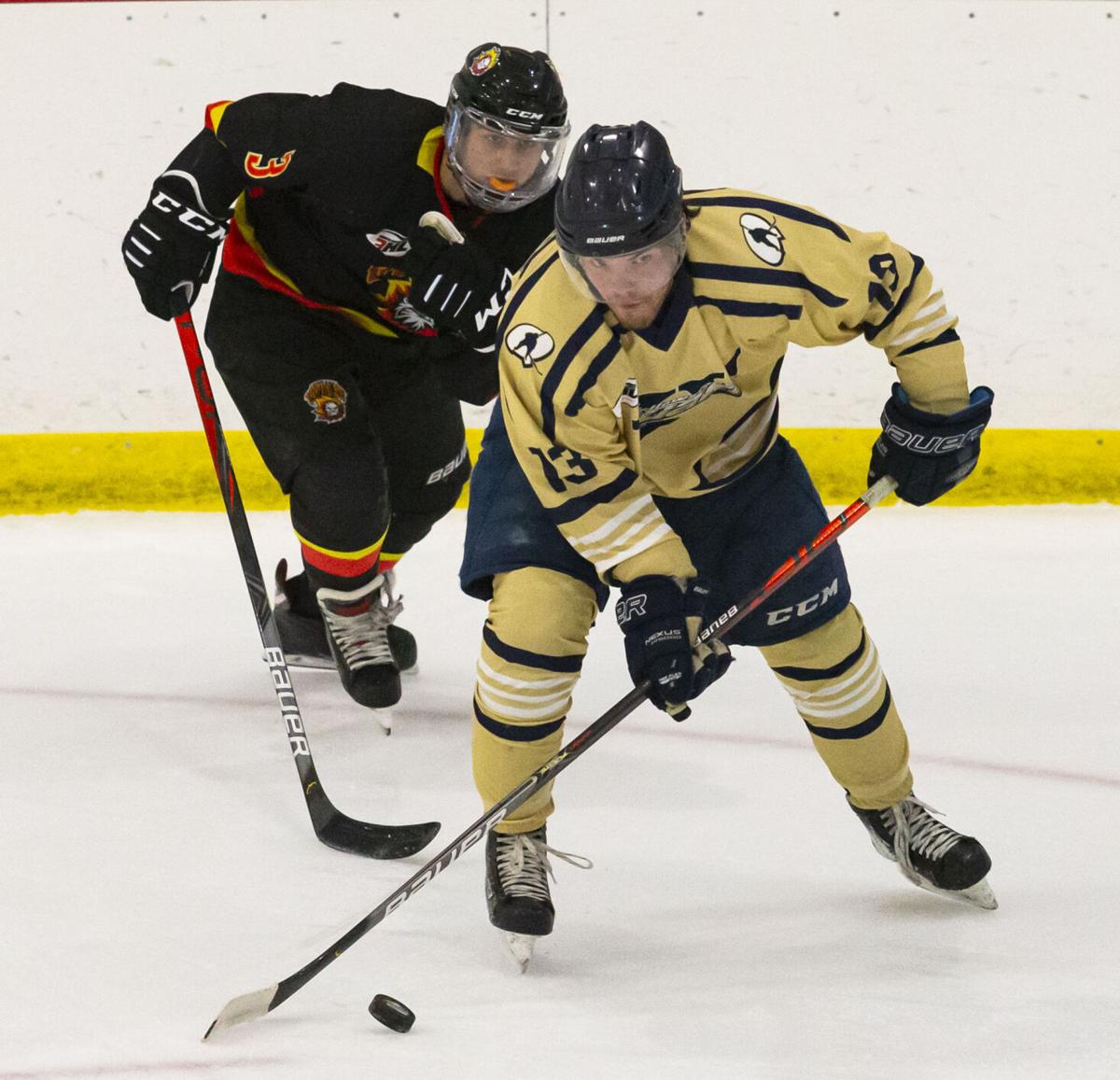 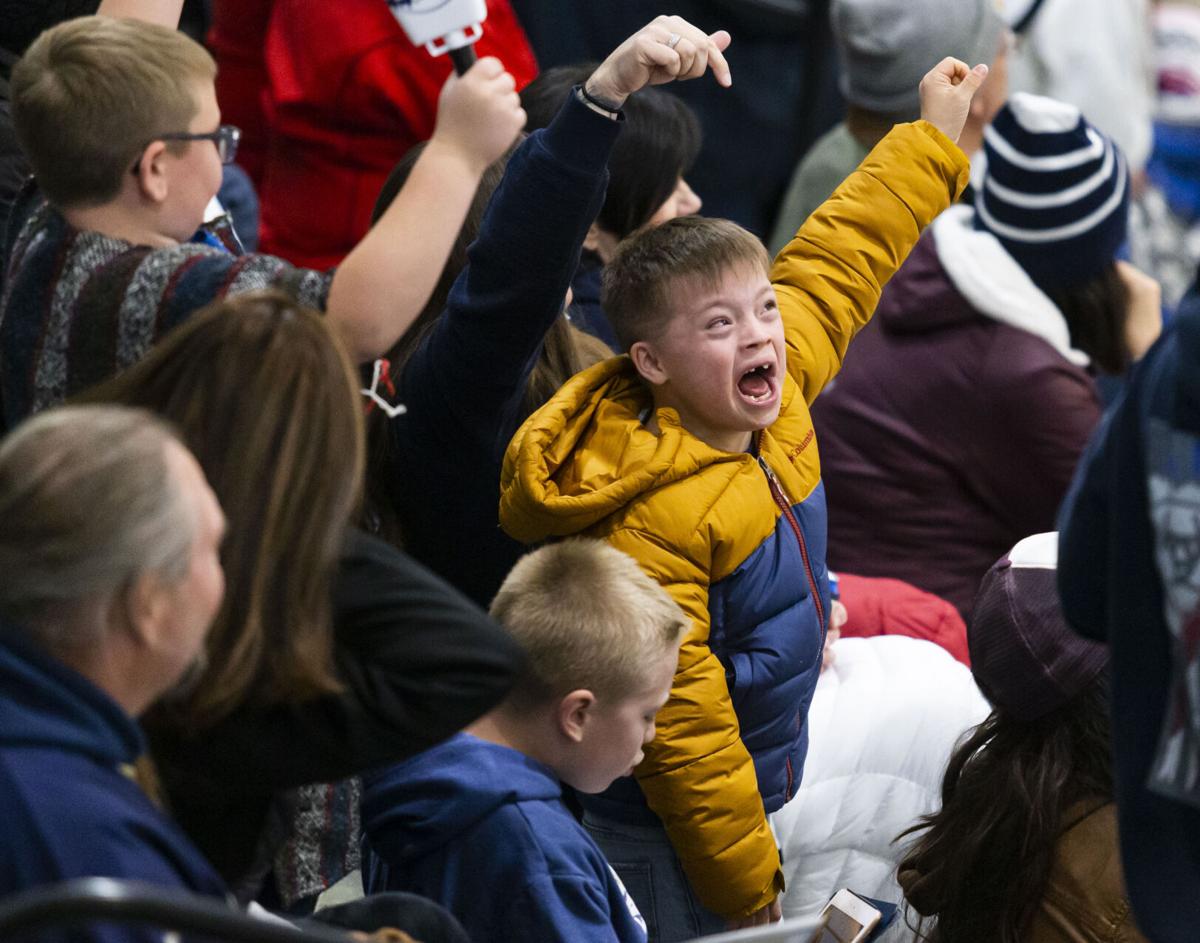 Dawson Call, 9, cheers on the Quake after a point against Gillette Friday. 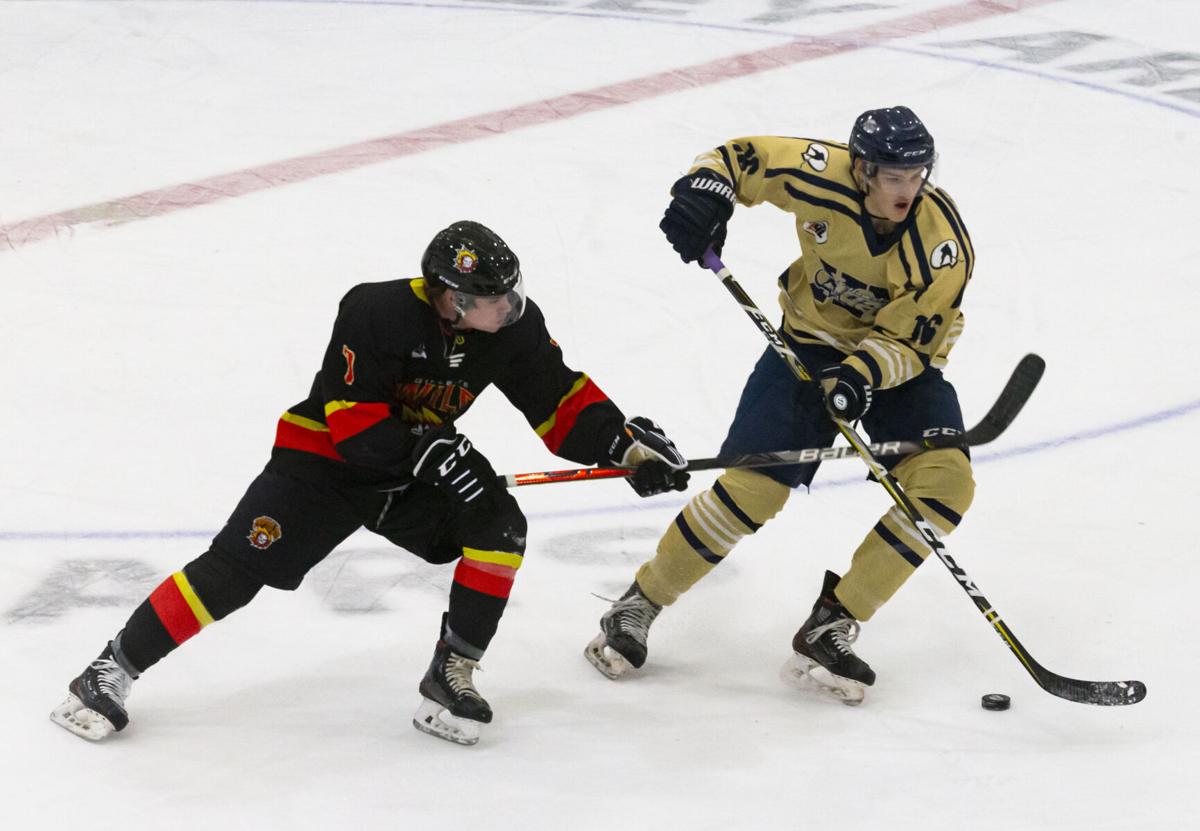 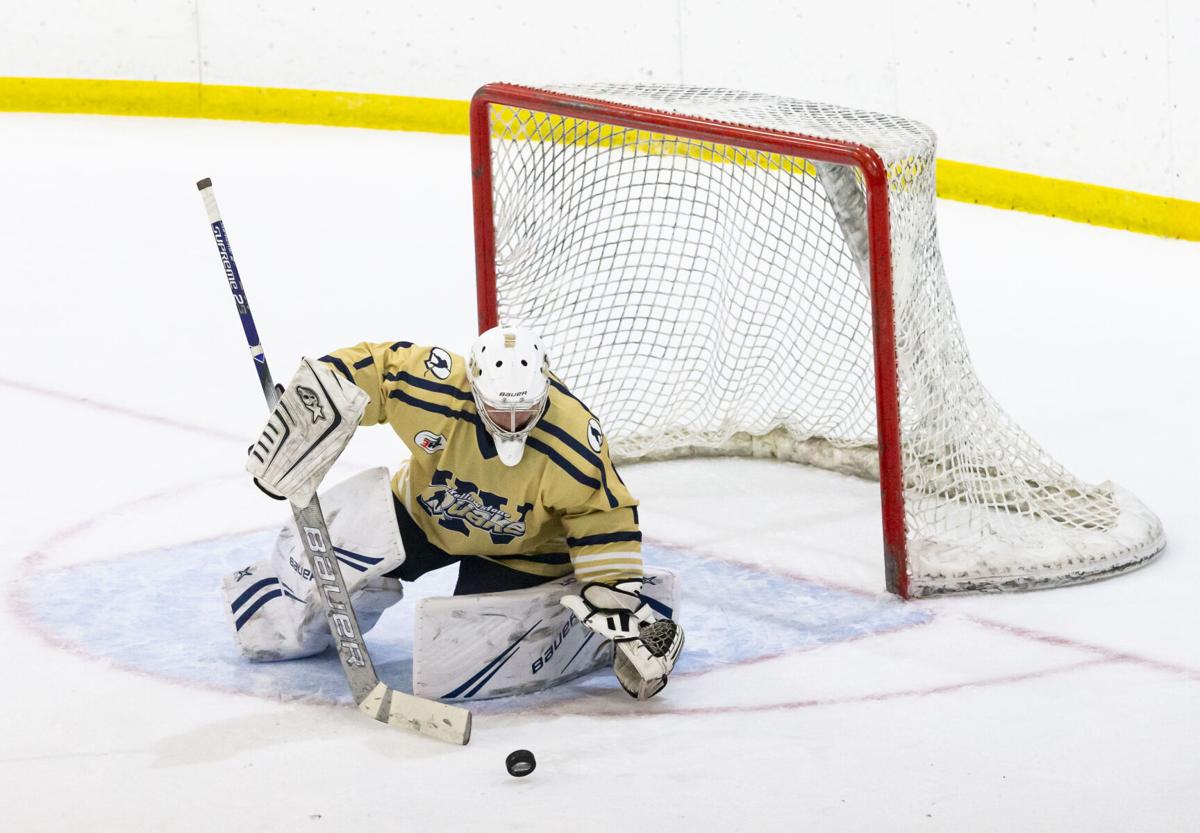 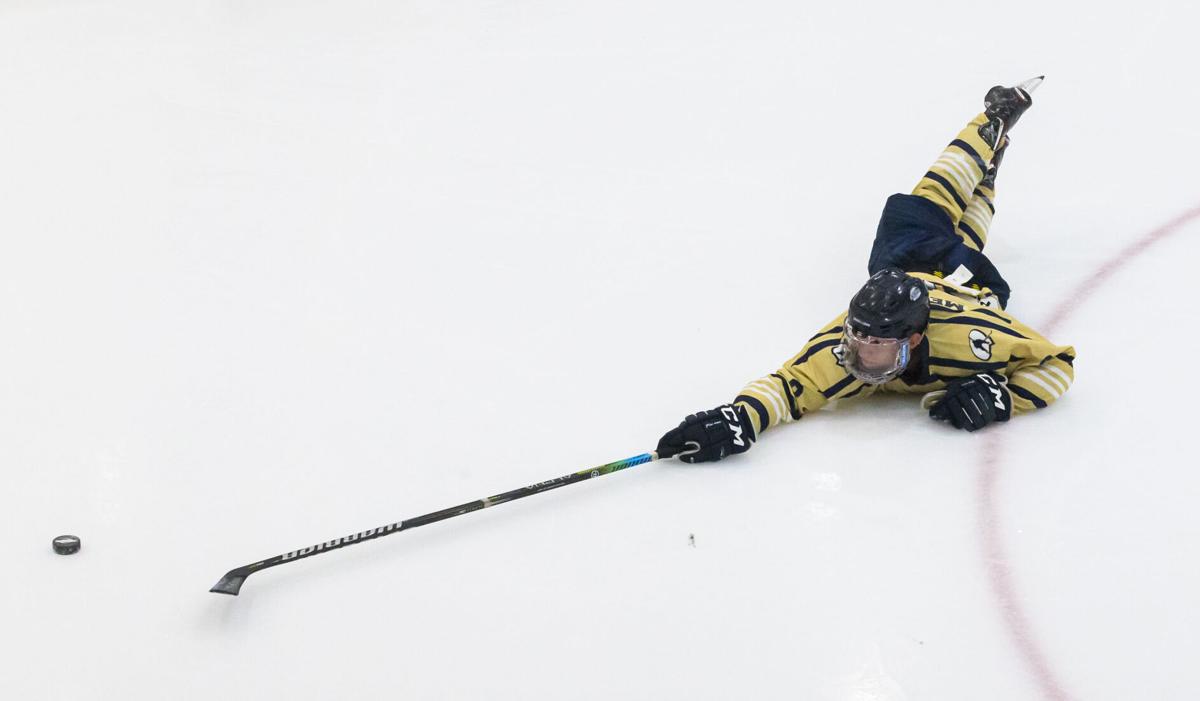 Mason Merager dives for the puck against Gillette Friday. 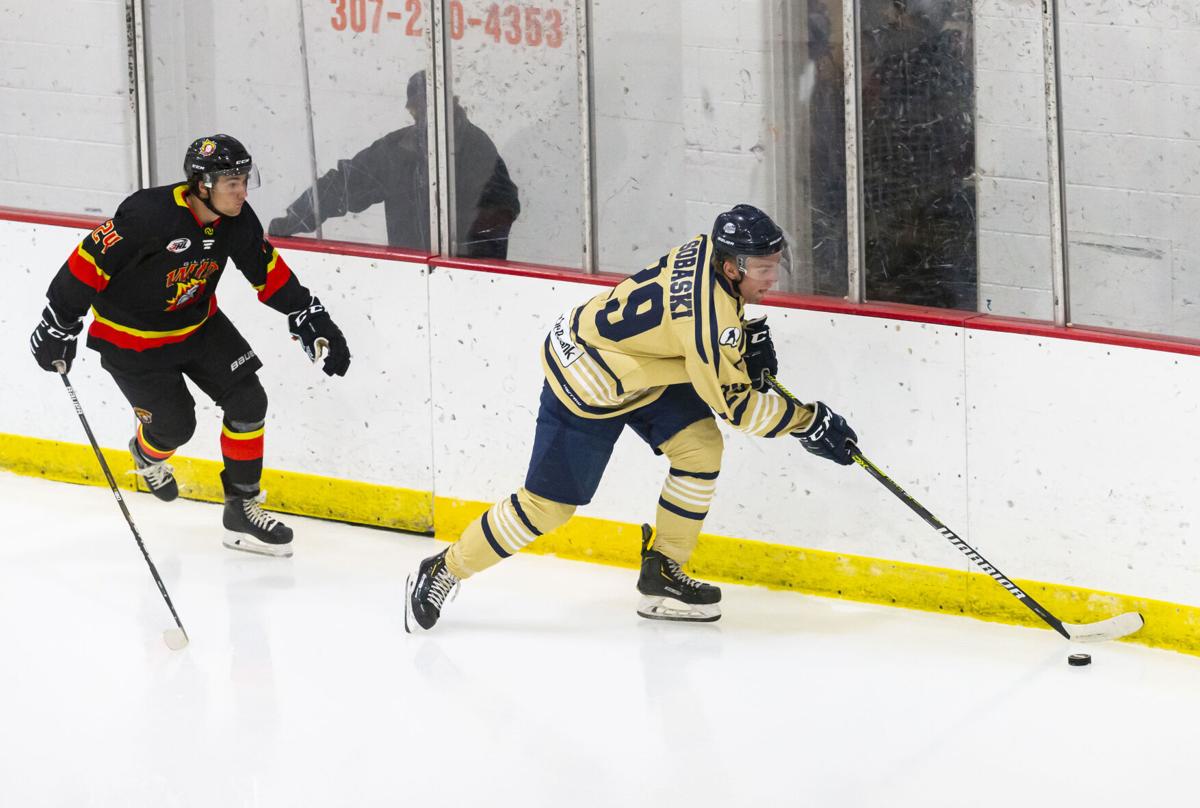 Will Sobaski skates with the puck in front of Gillette’s Nathan Fanning Friday. 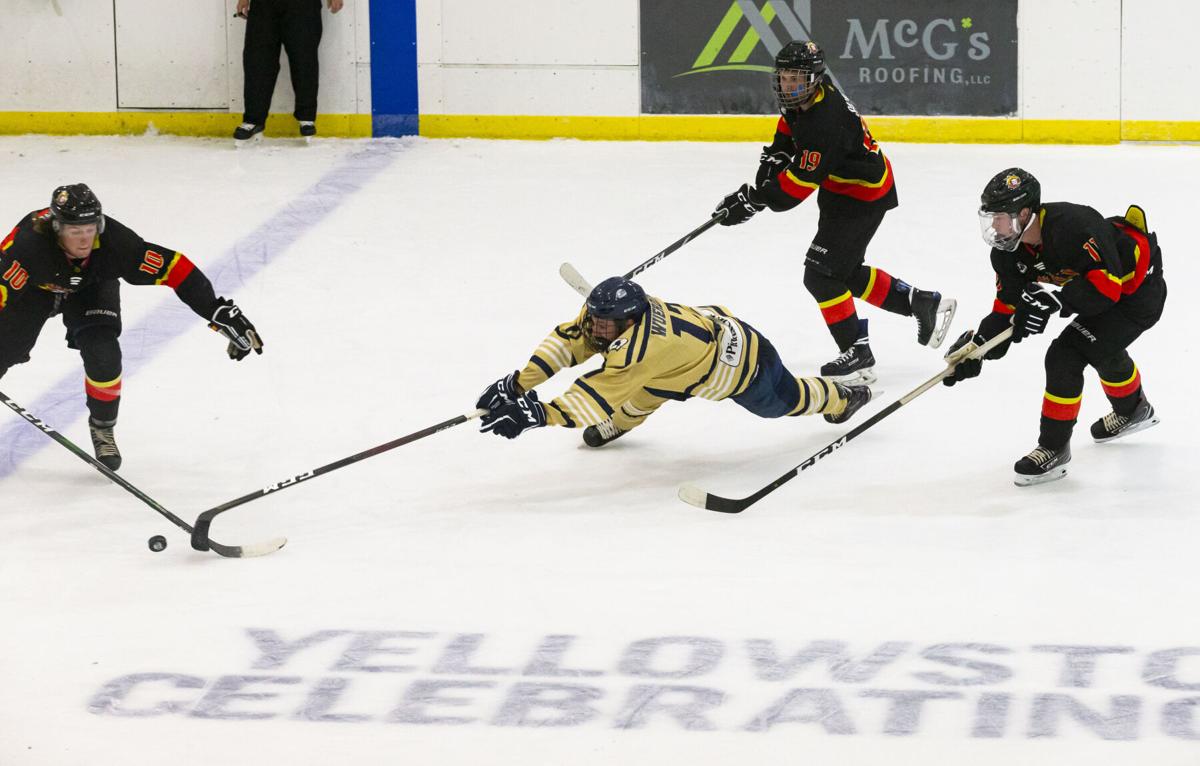 Rowan Wuerdeman goes for the puck against Gillette defenders Friday.

Dawson Call, 9, cheers on the Quake after a point against Gillette Friday.

Mason Merager dives for the puck against Gillette Friday.

Will Sobaski skates with the puck in front of Gillette’s Nathan Fanning Friday.

Rowan Wuerdeman goes for the puck against Gillette defenders Friday.

After a slow start the Yellowstone Quake found life and came back to beat the Gillette Wild 7-5 in their home opener Friday night.

“The crowd was awesome,” coach Phil Oberlin said. “I hope we can keep the momentum and keep people coming in to watch.”

The Quake (1-3) rallied from a 4-1 deficit and scored five unanswered goals in their comeback in front of a home audience of 310 fans.

Jack Harris got a hat trick, scoring three goals and adding an assist. His last score late in the third period gave the Quake a two-goal lead and enough security to cross the finish line.

“It was good,” Harris said. “It just felt good to be back playing in front of our fans after the off-season.”

“I think top to bottom we played really well, we got contributions from pretty much everybody,” Oberlin said.

Oberlin said getting the whole team involved is what will separate them from the rest of the pack.

But it was a slow start for Yellowstone as they had trouble maintaining offensive possession and getting quality shots on goal early on.

“I think we were too worried about what they were doing going into the game and what adjustments we were going to have to make,” Oberlin said.

Gillette scored three goals in the first period and dominated puck possession and shots throughout. The Quake appeared tentative and lost most of their puck battles.

“After the first weekend was a little rough and the guys were still learning how to play with each other,” Rumpke said. “In that first period I think we came out a little slow, we still had the jitters.”

Harris did score for the Quake at 12:04 in the first on an assist from Rumpke, but that was the lone bright spot in the frame.

The final goal of the period came when Gillette’s Will Blake found an opening in the shooting lane and flicked a shot passed Hudgel Selk for a 3-1 lead at 3:30.

But it was in the second the Quake started to find some real momentum, peppering Wild goalie Brad Muzzarrelli with shots.

“We know what we have in our own locker room and we know what we can expect of us,” Rumpke said. “We just got to play to our ability.”

Another Gillette goal made it 4-1 just 22 seconds into the second, but Will Sobaski struck back with a wrist-shot goal at 6:42.

Harris then added his second goal on a fast break shot with 3:32 left in the period. Rumpke and Mason Merager assisted on the play to make it 4-3.

The Quake only kept rolling in the third.

Cade Rosansky tied it up on an undefended breakaway with 18:31 remaining, flipping it past Muzzarelli with ease.

Just 1:56 later, Joey Epplin found the net on a deep slap shot from just inside the boards to give the Quake their first lead of the night.

Harris then got his hat trick with 3:55 left when his one-timer from the left side beat Muzzarelli to make it 6-4.

With 1:16 left, Yellowstone’s Cole Whitman drew an interference penalty and Gillette pulled their goalie to make it 6-on-4 on the ice.

But the boys in gold clinched the win when Travis Runyan flicked the puck all the way from the defensive zone into Gillette’s open net with 24 seconds left.

“If you have a shot you might as well take it,” Oberlin said, chuckling.

“Hudgel was outstanding, he made a couple gigantic saves for us, kept us in the game a couple points,” Rumpke said. “He’s really stepped up as that number one guy for us.”

It was the third win in a row and fifth in the last six meetings for the Quake against Gillette, a stretch including their playoff sweep over the Wild.

“It’s always a battle, it’s always a fun game that goes kind of down to the wire,” Rumpke said. “We definitely mark their games on our calendars.”

That win streak came to an end when Yellowstone fell 10-4 to Gillette on Saturday night.

After taking a 2-1 lead into the second period, Gillette poured it on with six more goals in that period alone.

Rumpke finished with two goals and an assist. Brandon Kididis had one goal and two assists.

Penalties played a big part in the loss as the Quake committed 10 for 49 minutes while Gillette only had four for eight minutes.

The Quake return to action on the road against Bozeman (2-2) on Friday for their only game of the week.