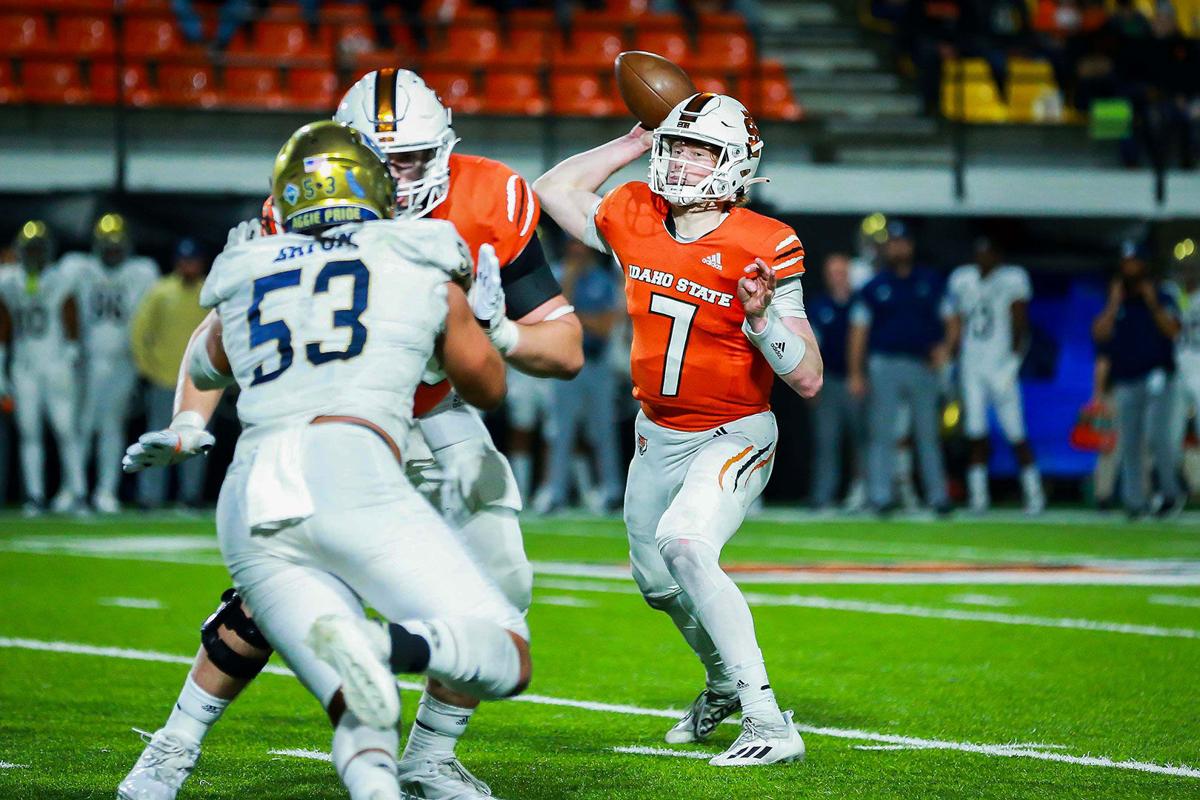 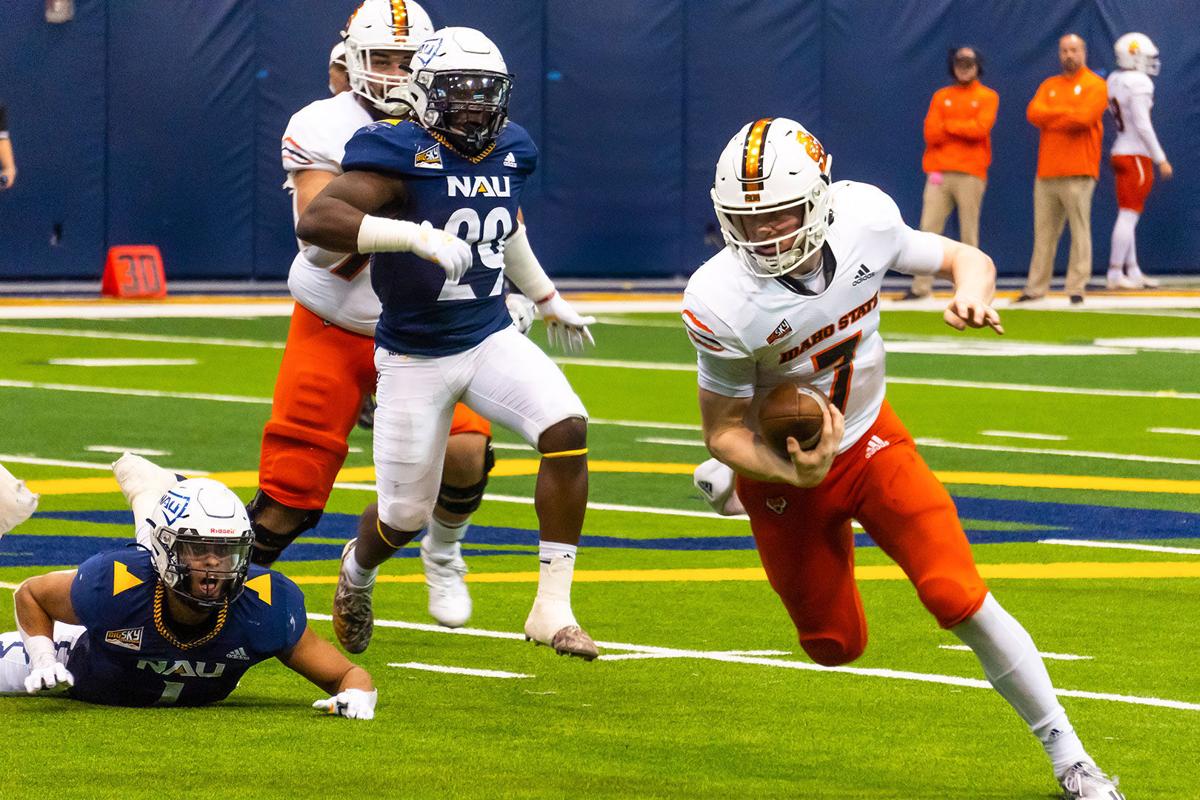 Hunter Hays said he didn’t expect to start any games at quarterback for NCAA Division I FCS Idaho State this year. The former Cody football standout and 2020 graduate has already started two, and led his team to a 27-17 upset victory over No. 7 UC Davis on Saturday.

Hays was 16-for-30 with 281 passing yards, two touchdown receptions, and 52 rushing yards of his own in the win. He said he saw the team’s last fourth quarter drive, in which they ran the same play seven consecutive times and earned positive yardage on nearly every play, as emblematic of the team’s control of the game throughout.

On that final drive, Hays’ successful fourth-and-1 QB sneak clinched the win. From there on out he took a knee in victory formation.

“I was feeling pretty good, God’s blessed me,” Hays said.

It was an important breakthrough for a team that hadn’t won a game before Saturday’s contest and hadn’t beaten a top-10 opponent since 2005.

Hays was thrown into the ringer when starting quarterback Tyler Vander Waal went down with an injury in the team’s second game against FBS opponent Nevada on the road.

“The first game was a little faster than I was used to,” Hays said. “Everything at that level is just a step faster.”

But he stayed dedicated to his craft, taking guidance from his coach Rob Phenicie and the principles he was taught by the Cody football coaching staff.

“Those guys laid the base for all the stuff I believe in,” he said. “Their information is a huge part of who I am today.”

Although it was an abbreviated season last spring, Hays said just getting in as the holder on field goals was still critical to his development and that he would have been “a lot more nervous” if he hadn’t had that experience. Also taking some getting used to, he said, is playing in front of thousands of fans each game.

“For a Wyoming kid to come here and play in front of thousands of screaming fans, it’s quite a bit louder,” Hays said. “I had never had a time before I came here where it was hard to hear myself making calls because it was so loud.”

Hays is in his sophomore year at the school, but due to last season not counting towards NCAA athletic eligibility, this year is still considered his freshman season. That means there will be three more seasons and six games left this year to continue building on what has already been a remarkable start for the young player, who came to ISU as a preferred walk-on.

Hays’ parents met at Idaho State and both played sports there. His father Josh Hays played football and his mother Tammy Hays starred on the volleyball team, both from 1992-1996.

Josh is in the Idaho State Athletics Hall of Fame for his performance on the football field, leading the team in tackles in 1996 and sacks in 1994 and 1996 while playing at defensive end. Much like his son, he came into the program as an underdog, considered by many too small for the defensive end position, according to the university’s press release from his 2012 hall of fame induction.

Hays is slated to start in Idaho State’s next game against Portland State at 3 p.m. Saturday. The game will be broadcast live on ESPN+.