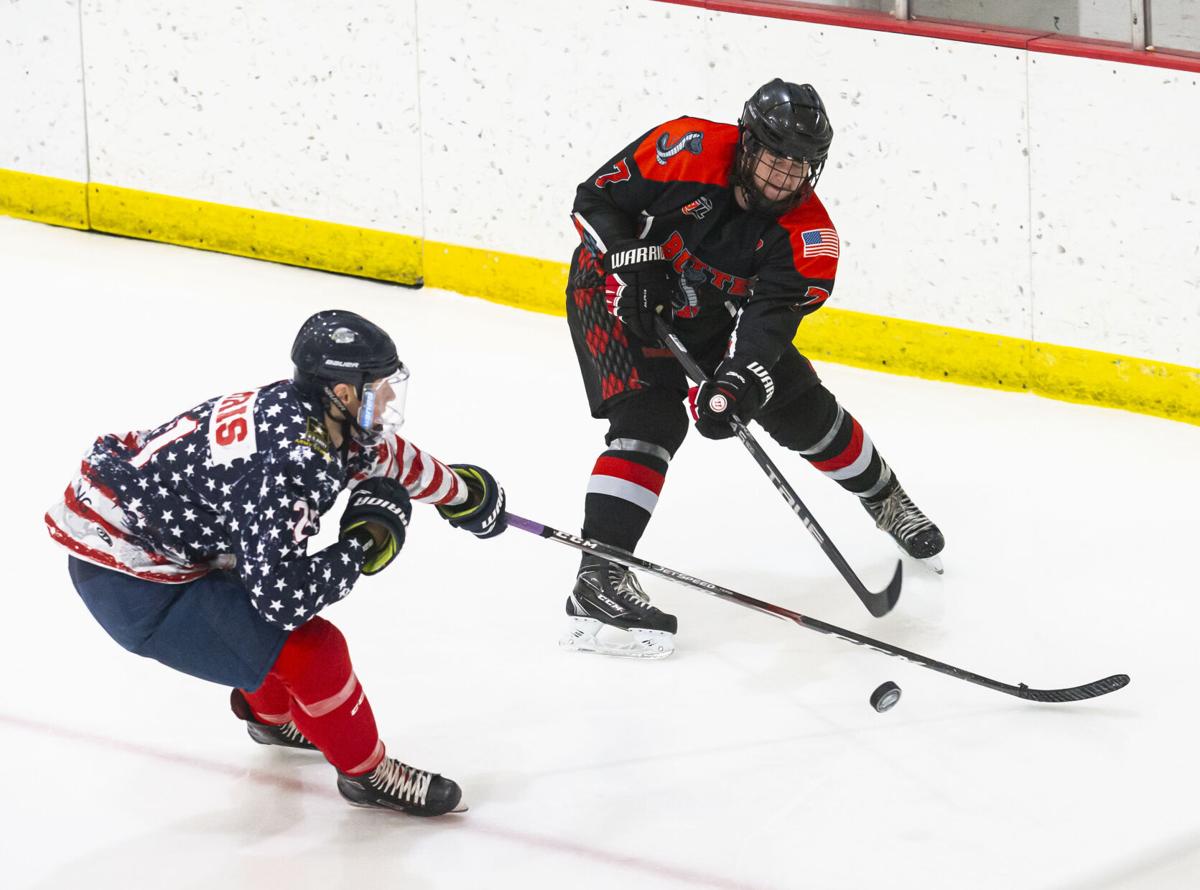 Jack Harris goes after the puck against Butte’s Kyle Chambers on Sunday. 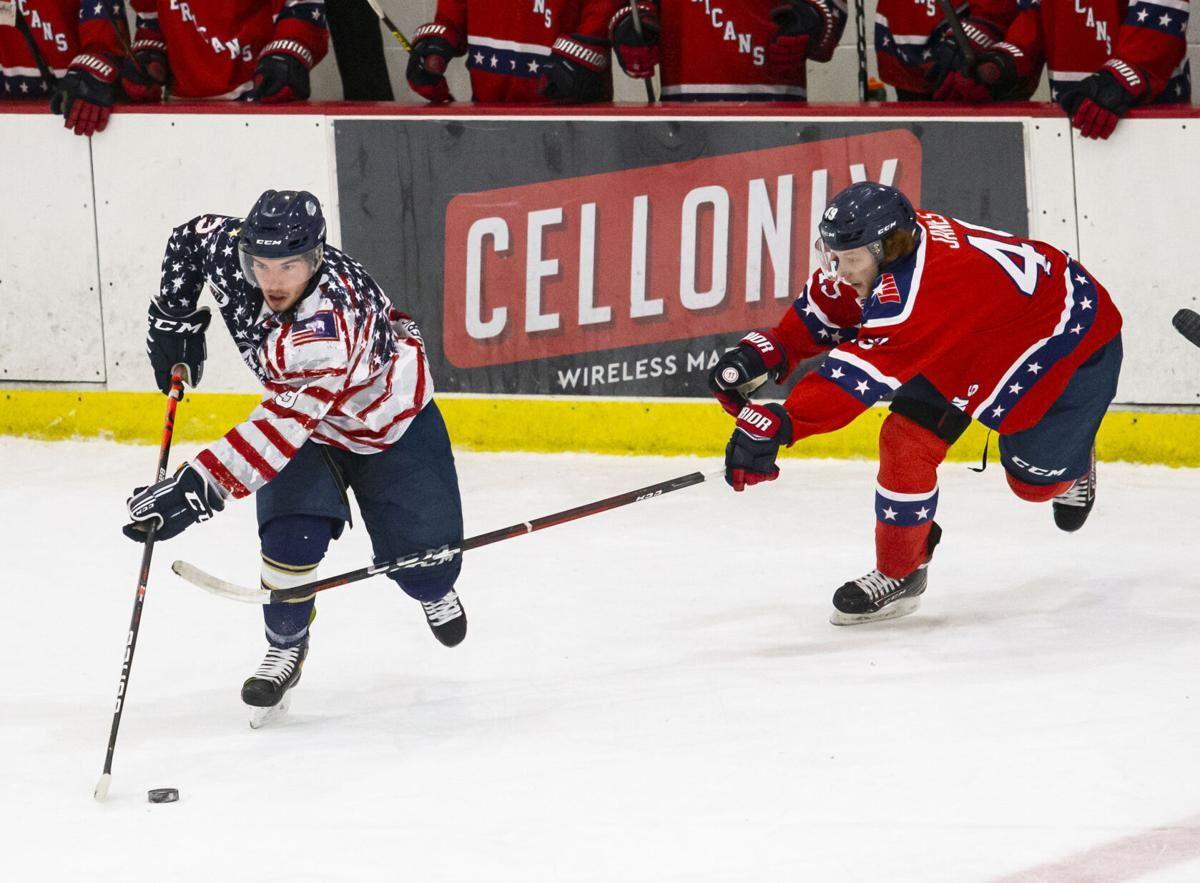 Logan Brown skates for the Quake during a game on Nov. 14. 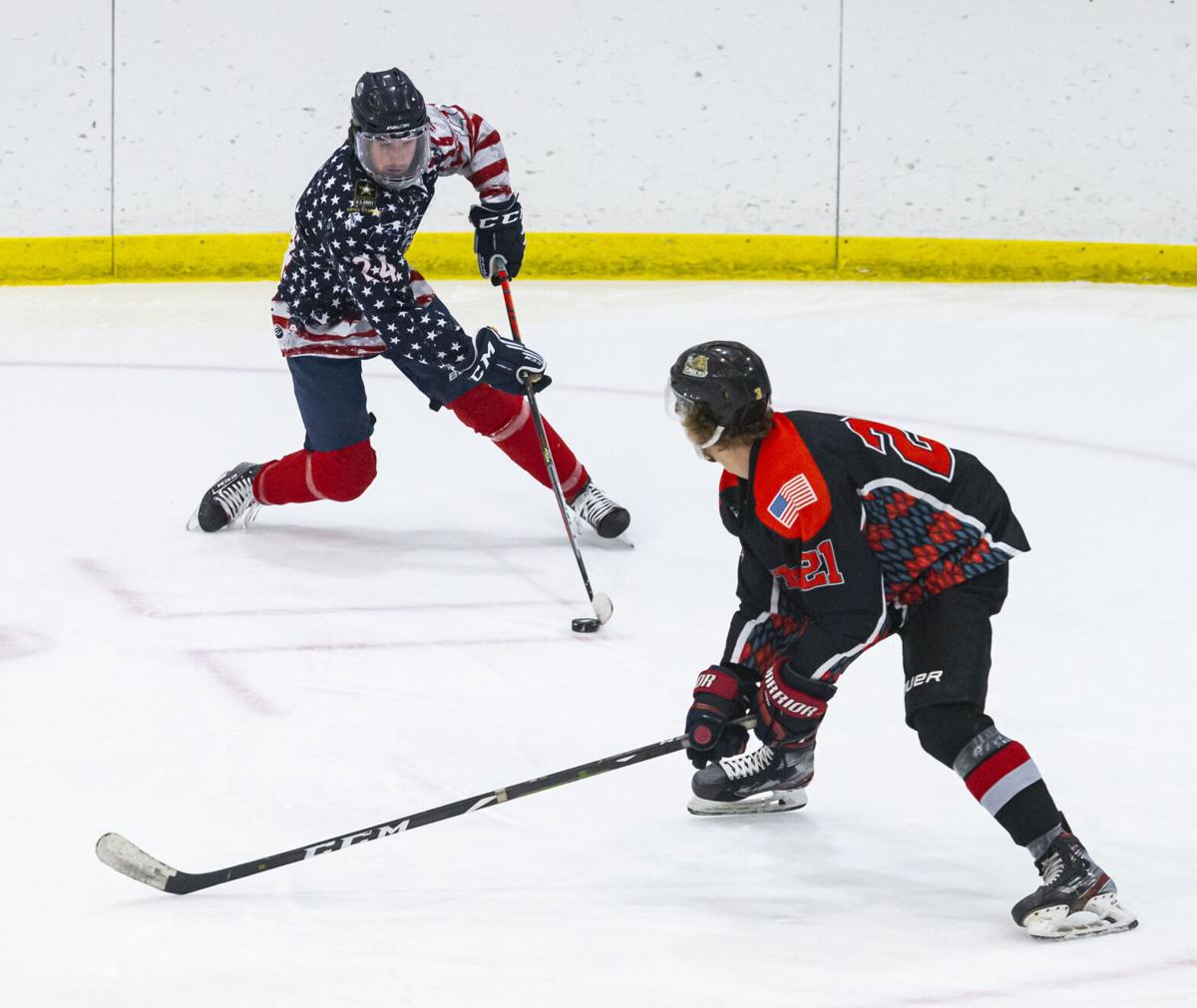 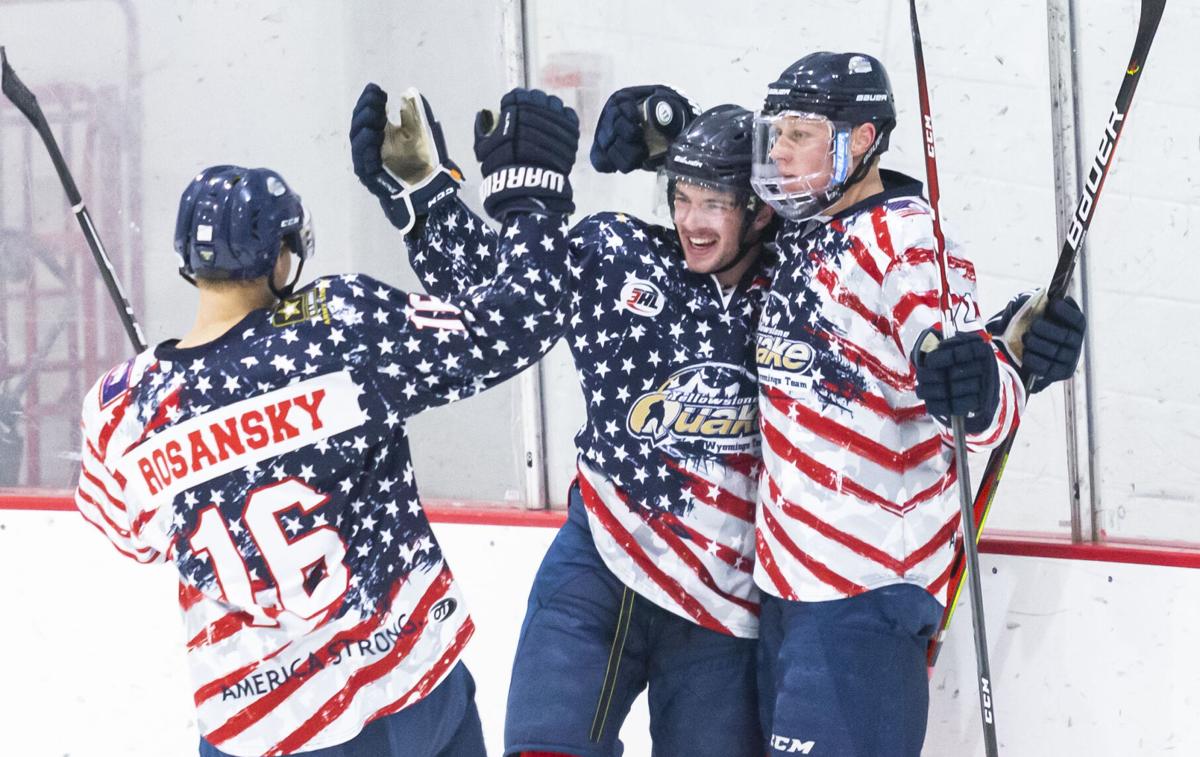 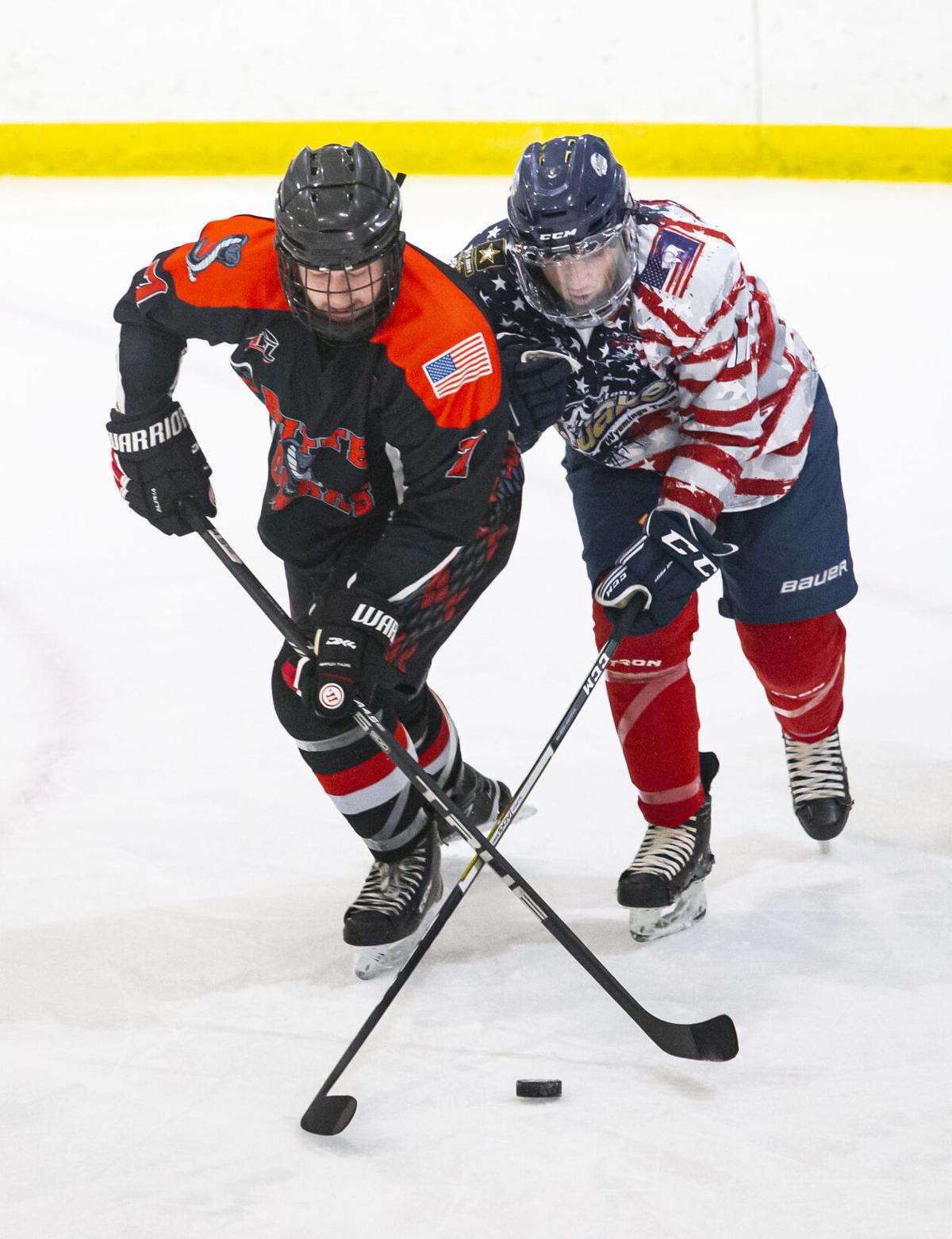 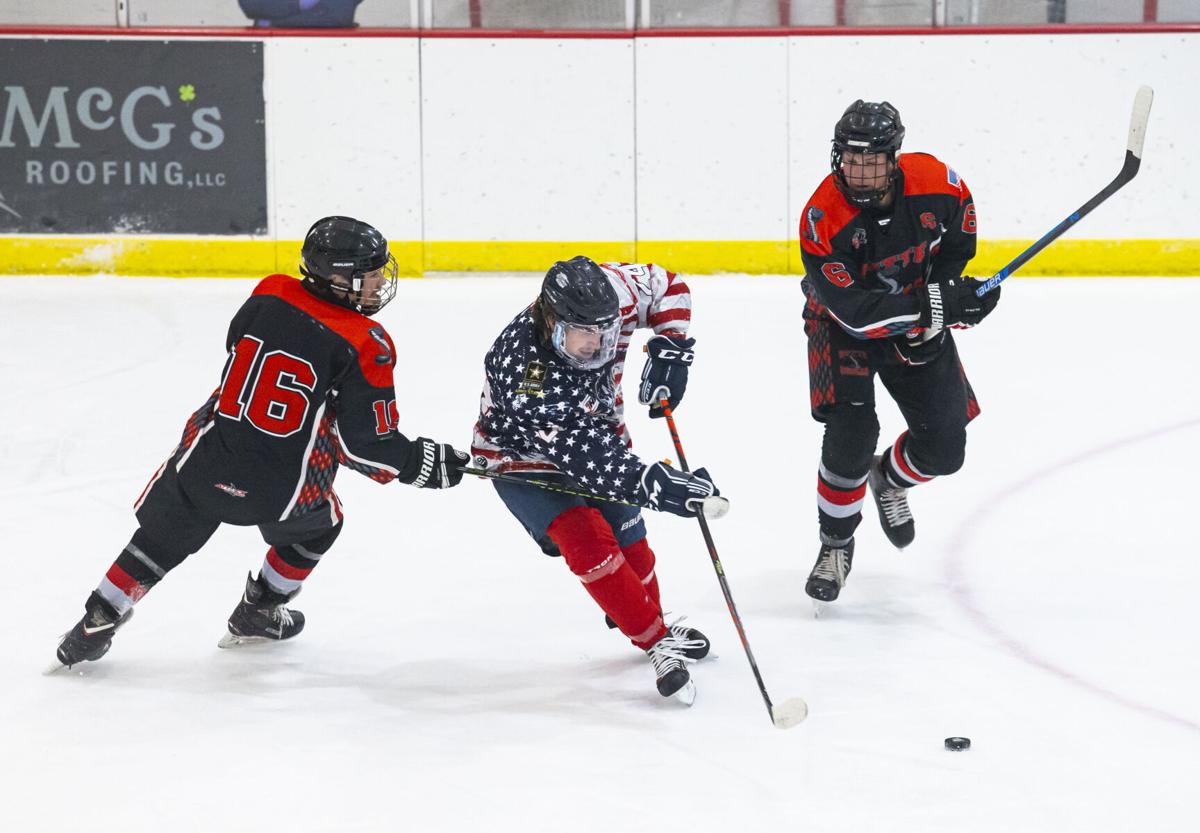 Jack Luttringer goes after the puck against Butte’s Mike Girard (from left) and Jonathan Scoof on Sunday.

Jack Harris goes after the puck against Butte’s Kyle Chambers on Sunday.

Logan Brown skates for the Quake during a game on Nov. 14.

Jack Luttringer goes after the puck against Butte’s Mike Girard (from left) and Jonathan Scoof on Sunday.

Although it took the Yellowstone Quake a while to wake up on Saturday night when they did, all of Riley Arena noticed.

The Quake (5-9) scored four unanswered goals in a 4-3 comeback win against the Butte Cobras. After opening their eyes with a goal in the second period the team rose fully from their slumber in the third with three more scores.

A Dylan Rumpke score just past the halfway point of the third capped off the rally and the Quake were able to hold on from there for a win.

Rumpke led the Quake with two goals and assist while Jack Harris chipped in a goal and two assists.

Yellowstone got off to a rough start to the evening.

Cory Kane scored for Butte at 11:45 and just three minutes later Nick Bradshaw added a goal on a rebound tip-in to make it 2-0 Cobras.

Butte added another goal at 16:36 in the second on a point blank rebound from Kyler Garsjo.

The Quake finally got on the scoreboard at 13:34 when Rumpke smashed home a loose puck on a power play.

But even after that score Yellowstone had trouble maintaining the puck in the second. Although they outshot the Cobras 15-11 in the period, many of those shots came from tough angles or hit Butte goalie Skyler Coard square in the chest. They also squandered a 1:52 long 5-on-3 power play.

Yellowstone had to find a way to win in the third and they did just that by getting back to their fundamentals: battling for loose pucks, making crisp passes and blocking shots.

Will Sobaski made it 3-2 at 16:43 when his backhand swat from close range found net. He was assisted by Cade Rosansky on the play.

Only 1:30 later Harris tied it up when his close range slap shot clanged against the top crossbar and into the net.

The game stayed at 3-3 for more than seven minutes with both teams trading possessions.

At 7:58 Rumpke scored the game winning goal when he found an opening through traffic and shot it home.

The Cobras peppered Quake goalie Hudgel Selk with shots in the last few minutes and pulled their goalie for a man advantage but the Quake defense stepped up too with a number of timely blocks and checks from Rumpke, Mason Merager and Jaxon Call.

Selk made 36 saves on the night in what was one of his best performances.

Not one of the Quake goals came from the high zone. It may not have been a pretty game but you don’t get style points in hockey.

With the win Yellowstone avoided giving Butte (0-12) its first win of the season.

On Sunday the Quake beat Butte 6-4 in a game that played out in a similar fashion to the previous night.

After back-and-forth scoring through the first two periods the Cobras led 3-2 entering the third.

For the second consecutive night the Quake came alive in the third, this time scoring four straight goals. Harris scored the equalizer goal for the second night in a row as well and then Austin Lawless gave the Quake their first lead of the night with 10:02 remaining.

Joe McCormick added a pair of goals to ice the win, before Butte scored once more with 16 seconds remaining.

Harris finished with one goal and three assists.

It was a stellar weekend for the Quake goalies with both exceeding a .900 goals against average on their respective nights. Connor Carroll made 46 saves on Sunday.