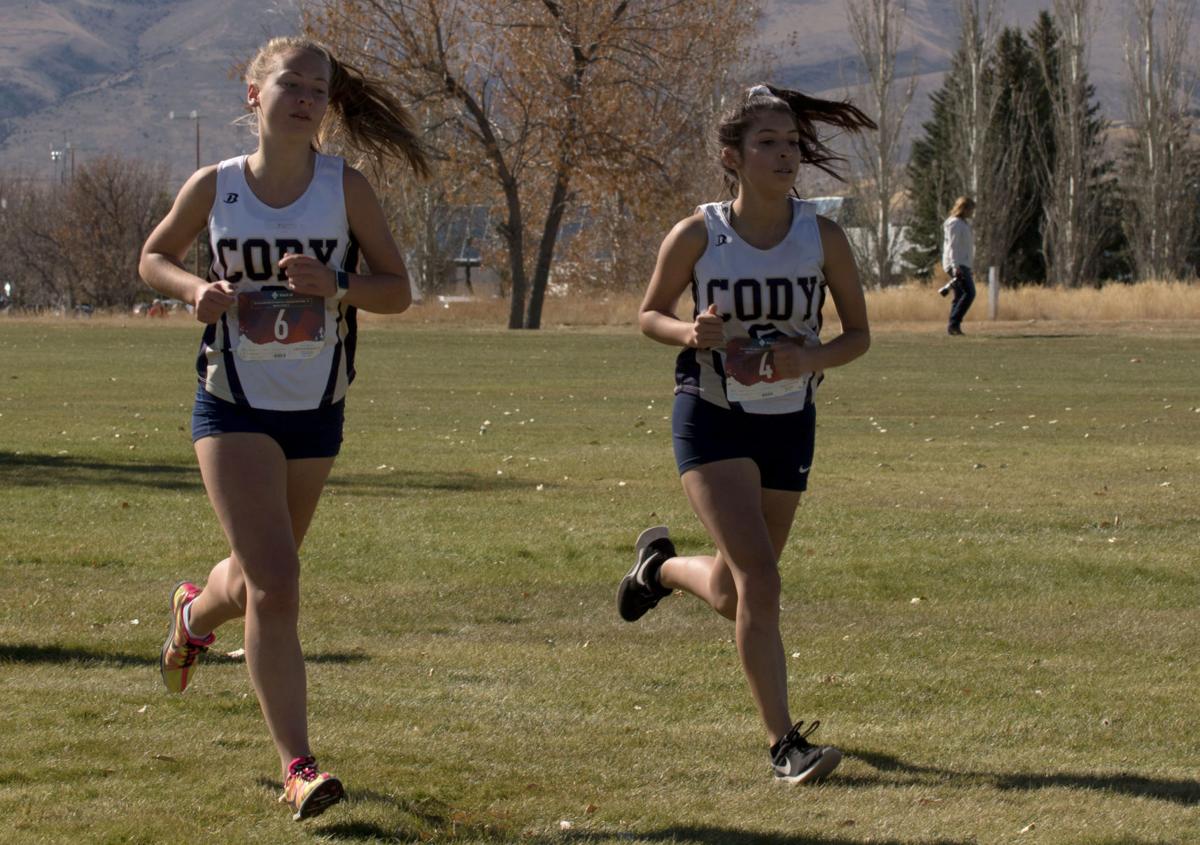 Nicole Wagler and Rachel Sanchez compete at 3A West Regionals in Lander on Friday. 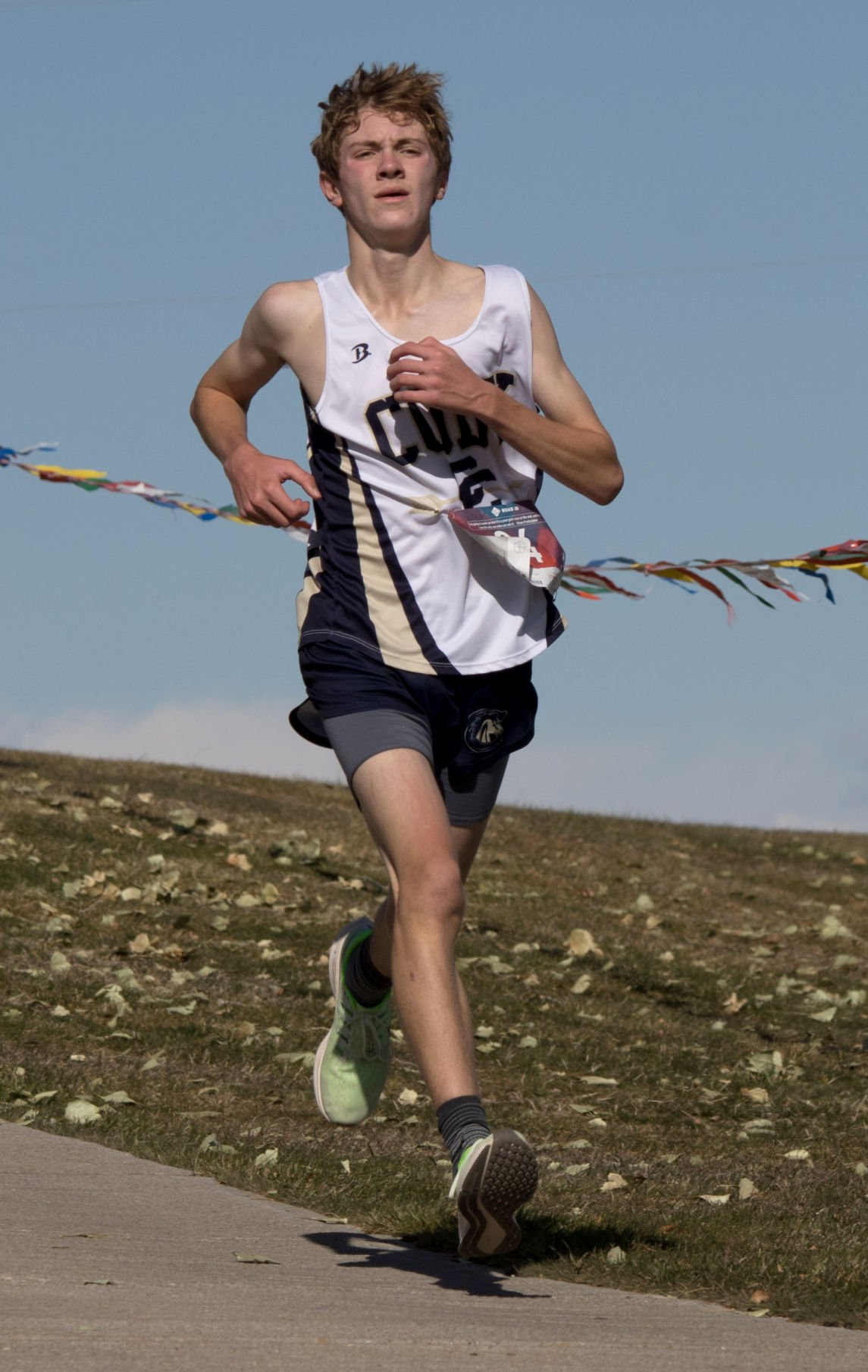 Nicole Wagler and Rachel Sanchez compete at 3A West Regionals in Lander on Friday.

Nicole Wagler solidified her spot on the Cody girls cross country team for the state championships this weekend, but she was one of the few Fillies last Friday at the 3A West Regional in Lander with business as usual.

In a rare and somewhat bizarre development, most of Cody’s runners risked being ineligible for the state meet if they entered the regional meet. And coach Maggie Kirkham said it was her fault.

Saying she was unaware of a WHSAA rule that limited participants to eight runs before state, Kirkham allowed several members of her squads to enter Cody’s Run for Hope on Oct. 5 in lieu of what was scheduled to be a hard practice.

“We had a little mistake,” Kirkham said. “It didn’t matter if it was a Sunday fun run or a road race. That counted as one of our competitions.” The Cody runners did not run to win in the Run for Hope, only to make a charitable donation and to get their daily workout in, but none of that mattered.

Kirkham called the rule “fairly new,” but said, “I should have known the rules.”

She said someone took note of the Cody runners in the Run for Hope and brought it to the attention of Cody athletic director Tony Hult, who informed Kirkham a few days before regionals.

That meant the only runners the Fillies and Broncs could enter in Lander were runners who either missed a race earlier in the season or who did not compete in the Run for Hope.

“The Lander coach said it happened to them, but they caught it earlier,” Kirkham said. “I never would have thought eight was the limit, but I take full responsibility.”

Wagler and Ava Stafford, who was sick early in the year, produced some of Cody’s most notable results in Lander. Stafford, a freshman, was ninth on the 5-kilometer course in 21:32, earning All-Conference.

Wagler placed 26th in 22:50 and that showing gave her a spot on Cody’s state team at Star Valley.

“It felt good,” Wagler said. She did not mind the hilly route. “It was pretty warm. It was good running weather and it was OK for me.”

Even members of the Cody team who did not compete attended and did a workout on the course while cheering for teammates who did run, but the lineups were odd ones for the Broncs and Fillies. No. 1 runner Riley Smith and No. 2 runner Baylee Stafford, who likely would have finished 1-2, sat out.

“Warming up without the rest of the team was a little weird,” Wagler said.

“I wasn’t really upset about it because I don’t like that course,” Preston said.

Most Cody runners have not seen the Star Valley state route, but Preston, a senior, hasn’t changed his aspiration for the season’s final race.

“My goal for state is to get top five,” he said.

“That one is still to be determined,” she said.

Kirkham rates the Fillies as a state title prospect along with Star Valley, Lander and possibly Buffalo.

“We have a good chance,” she said.