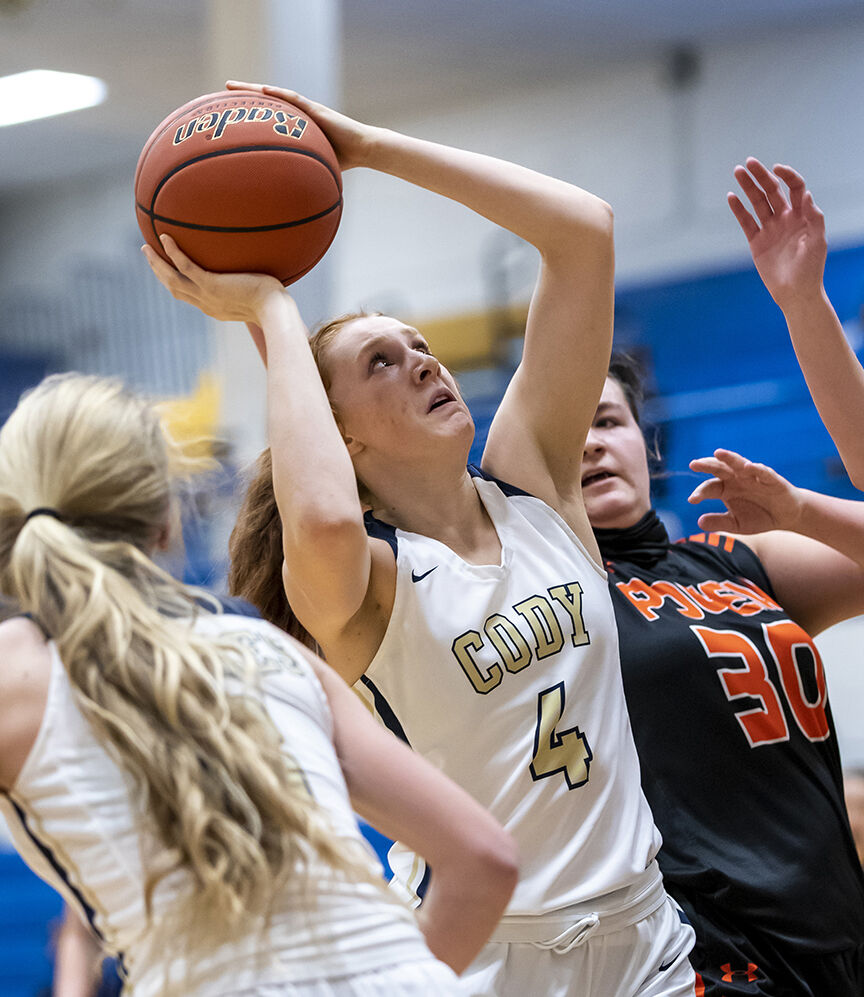 Ally Boysen puts up a shot in the paint Thursday against Powell at Sweitzer Gym. 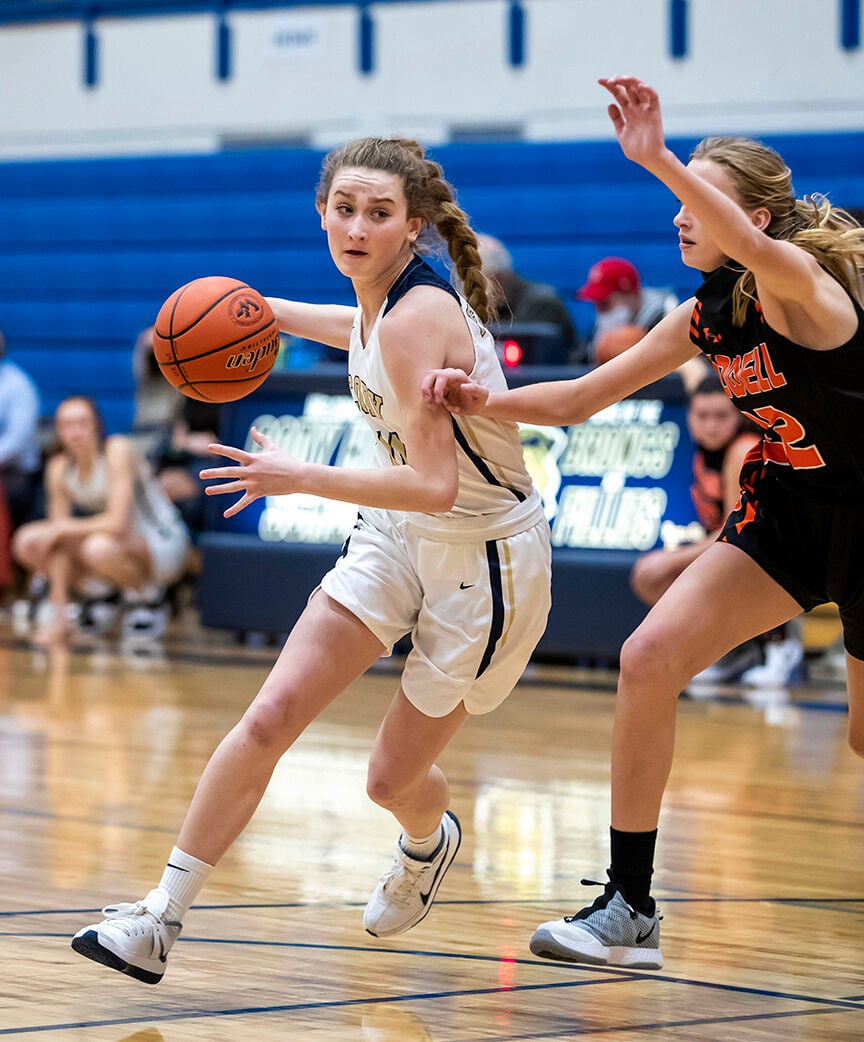 Cody junior Lake Harrison gets around a Powell defender Thursday at Sweitzer Gym.

Ally Boysen puts up a shot in the paint Thursday against Powell at Sweitzer Gym.

Cody junior Lake Harrison gets around a Powell defender Thursday at Sweitzer Gym.

The Cody girls basketball team doesn’t just try to prevent the other team from scoring. When the defense works as planned, the Fillies often keep the opposing team from crossing half court.

Thursday night Cody showed off for the home crowd for the first time this season, keeping Powell scoreless for more than 12 minutes on the way to a 43-17 win at Sweitzer Gym.

Kennedi Niemann led Cody (2-1) with 13 points, Harrison added nine, and Molly Hays and Izzy Radakovich eight as the Fillies cycled through most of the team from the get-go to keep an up-tempo offense.

Cody opened the game in a full-court press and often forced the Lady Panthers (1-2) to turn the ball over before they could cross half court. Torrie Schutzman opened the scoring with a corner 3-pointer and Harrison came off the bench in the first quarter to sink an open trey and finish off a steal with a fast-break layup for a 15-0 Cody lead after one.

Harrison sank a shot in the paint midway through the second to put the Fillies ahead 25-0. Powell lit up the scoreboard soon after on a putback by Powell freshman Addy Thorington, who started a 6-0 run that included her making multiple blocks.

Niemann, who led Cody with 11 first-half points, brought the Powell run and the half to an end when she pumped faked to get by a defender and sank a jump shot for a 27-6 Fillies lead at the half.

Harrison added seven points in the half and nine Cody players took the court to keep up the fast pace on both ends.

Cody began the third quarter with the same lockdown defense and extended the lead to 31-6 on an Ally Boysen layup. The last half of the third quarter was all Lady Panthers, as they doubled their total with with six points to end the third 31-12 Cody.

Hays ended the Cody drought with a pair of free throws with 6:05 remaining, sparking a Cody run to end any doubts. Radakovich powered the run with a baseline layup and putback and Harrison blocked a Powell shot, grabbed the ball and ran it to the other end for a layup to cap a 10-0 run and even more securely put the game away.