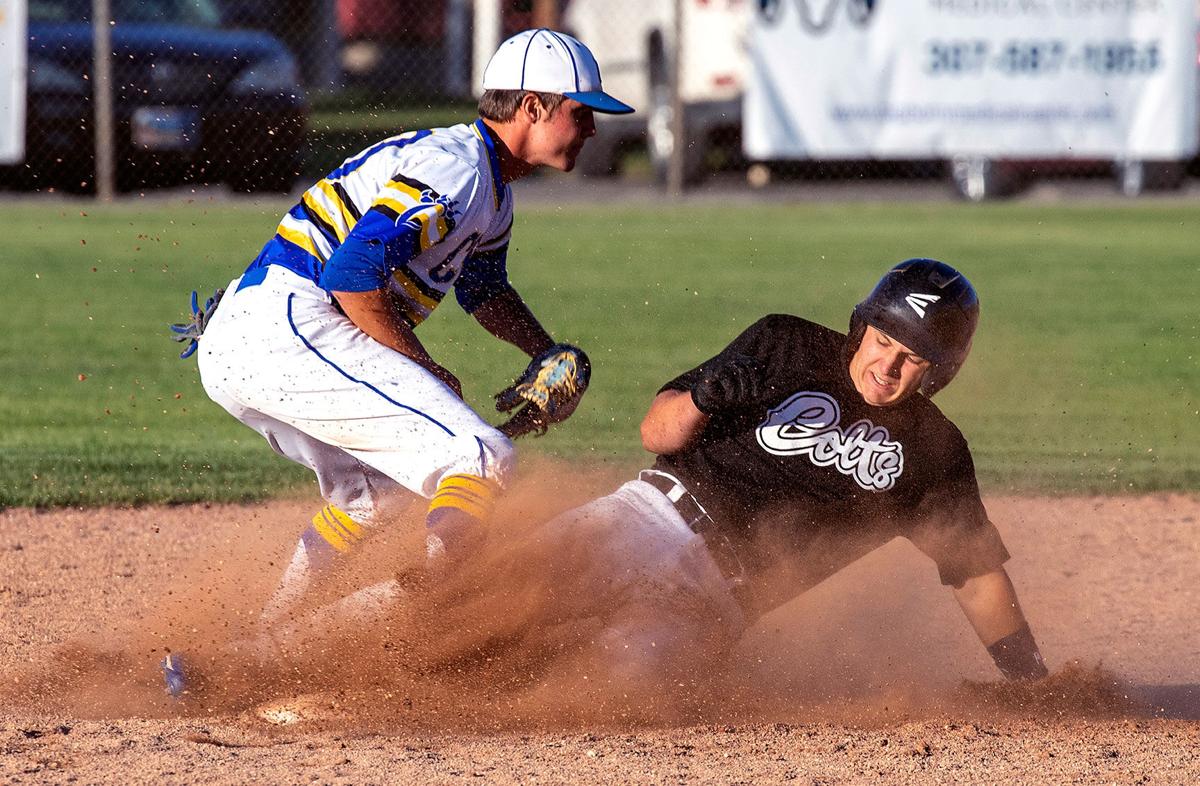 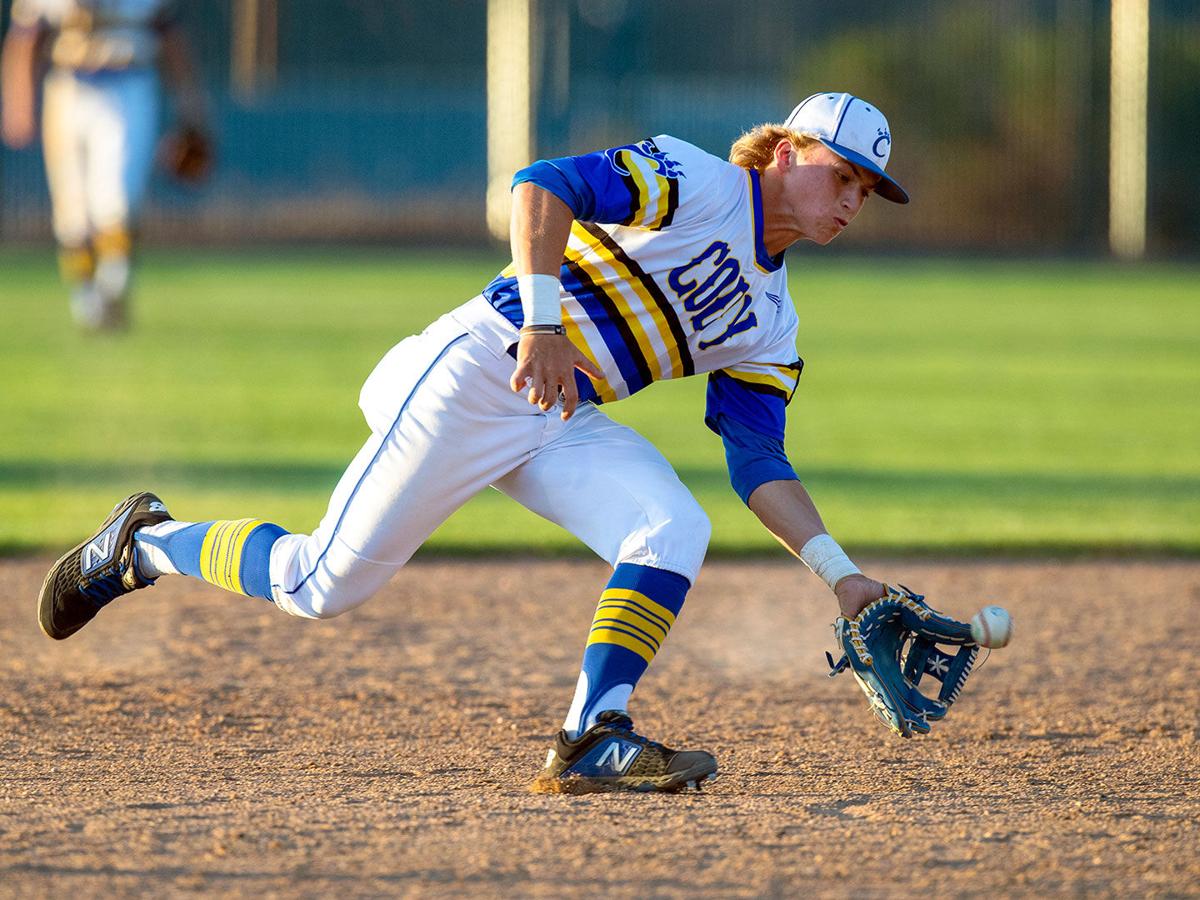 Shortstop Tyler Grenz fields a ground ball against the Colts. 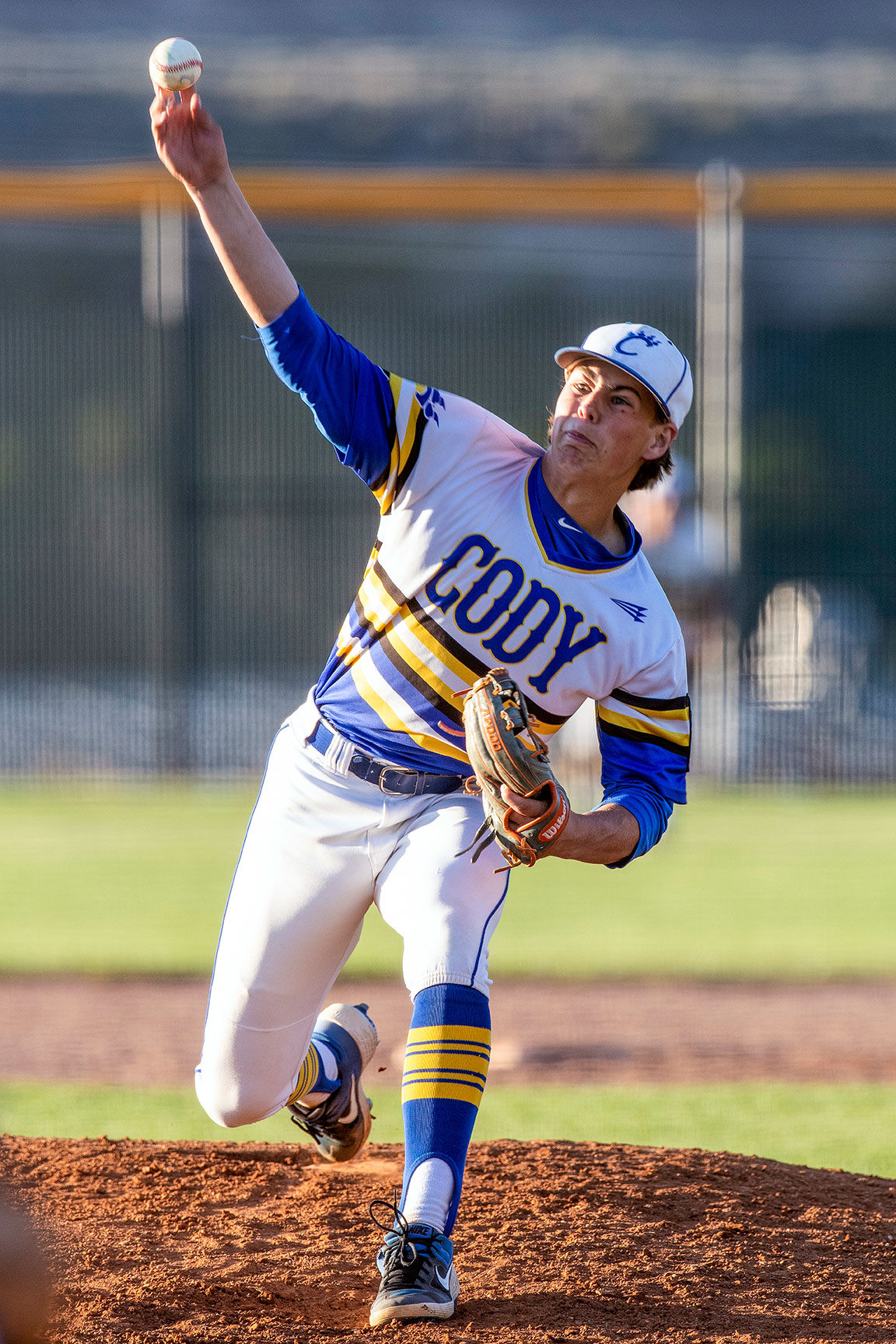 Jack Schroeder pitches during the game. 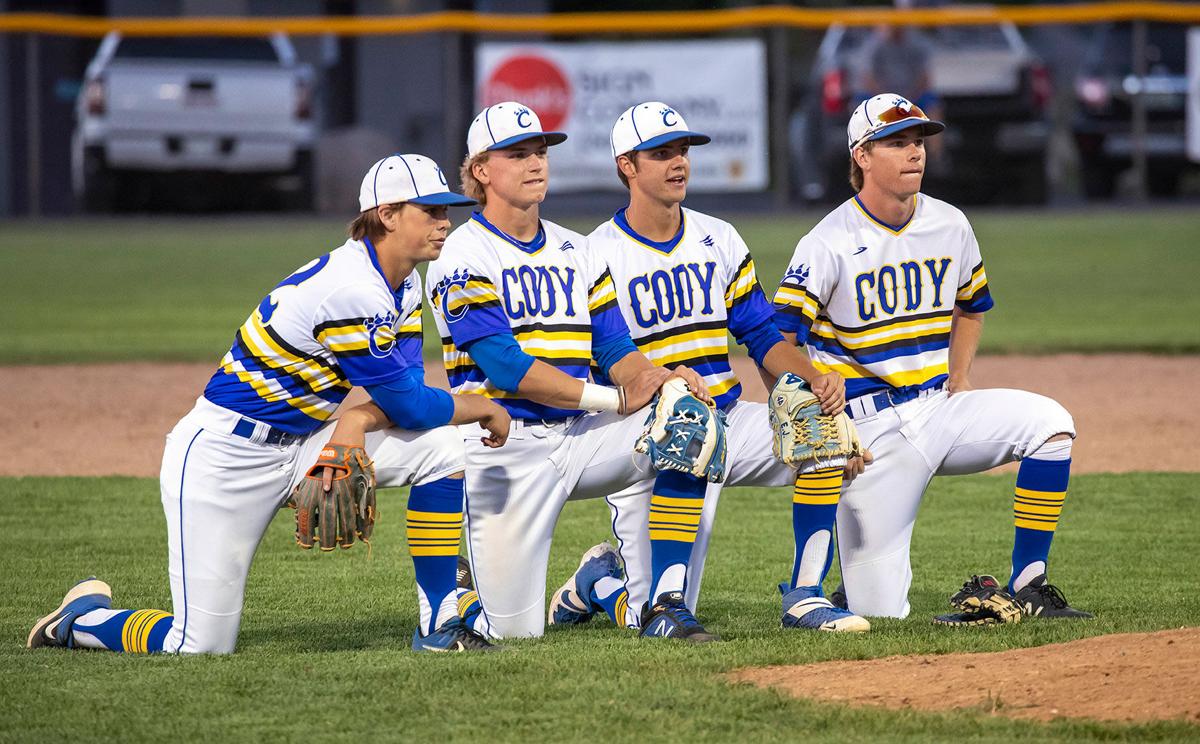 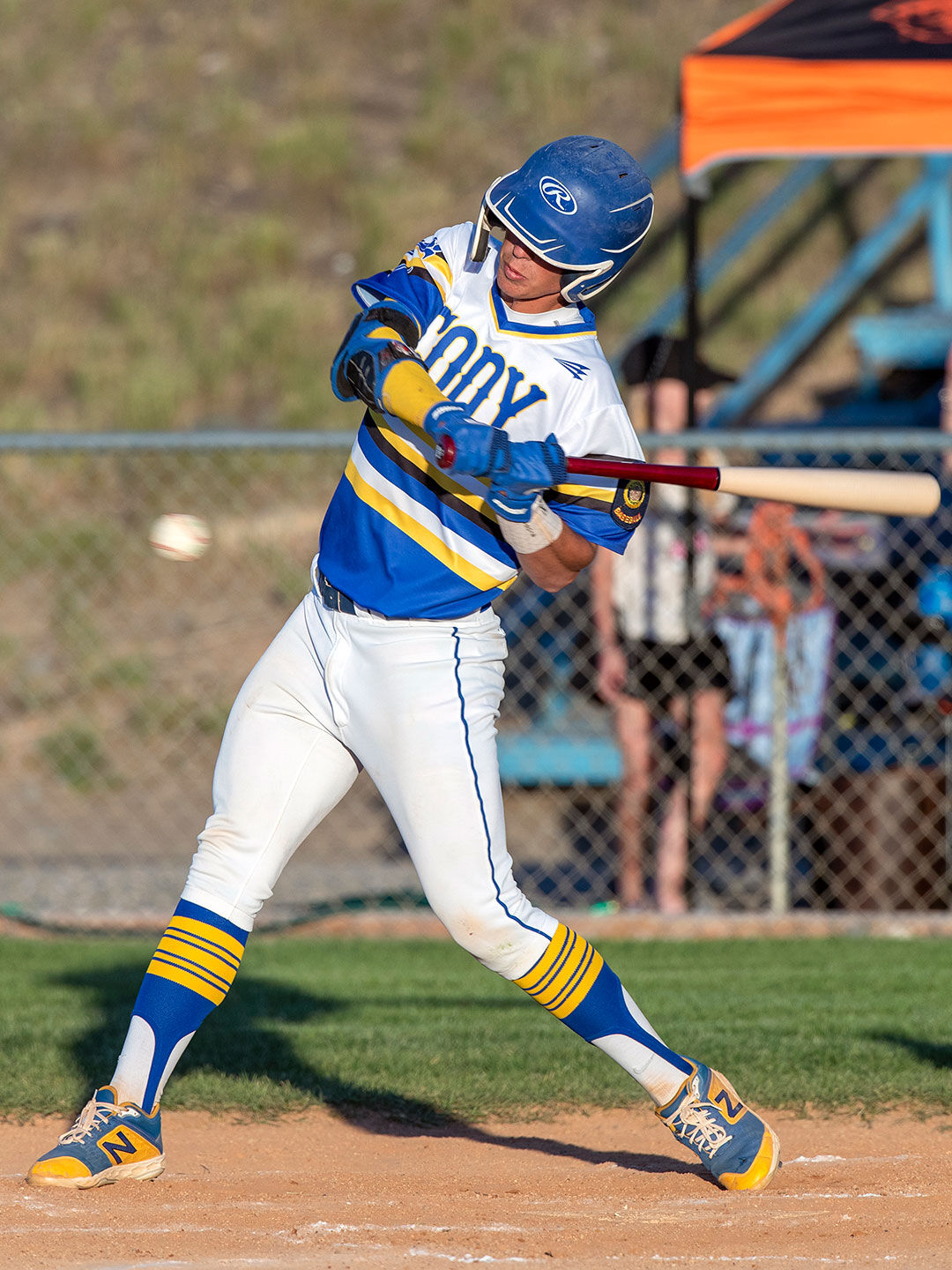 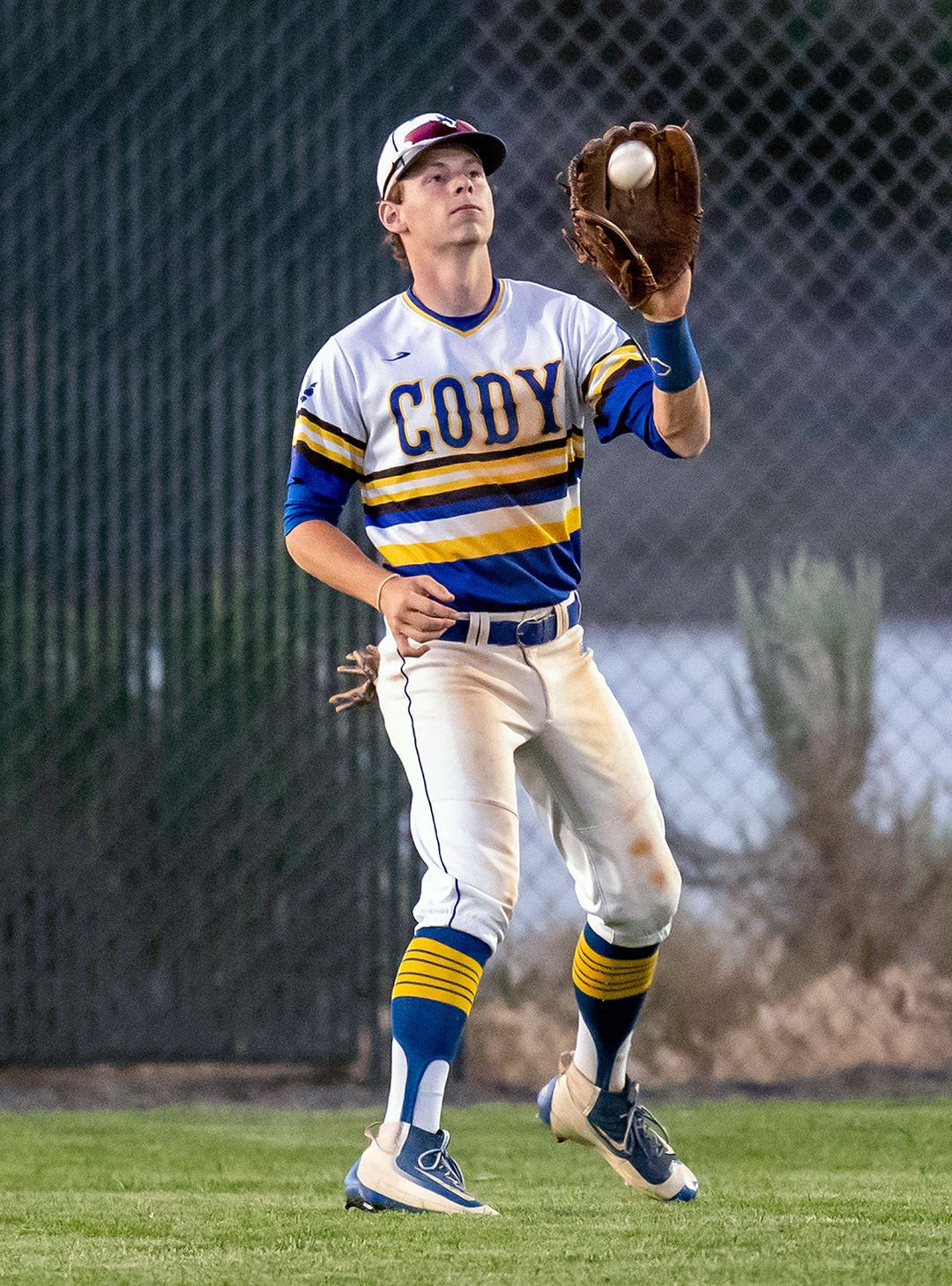 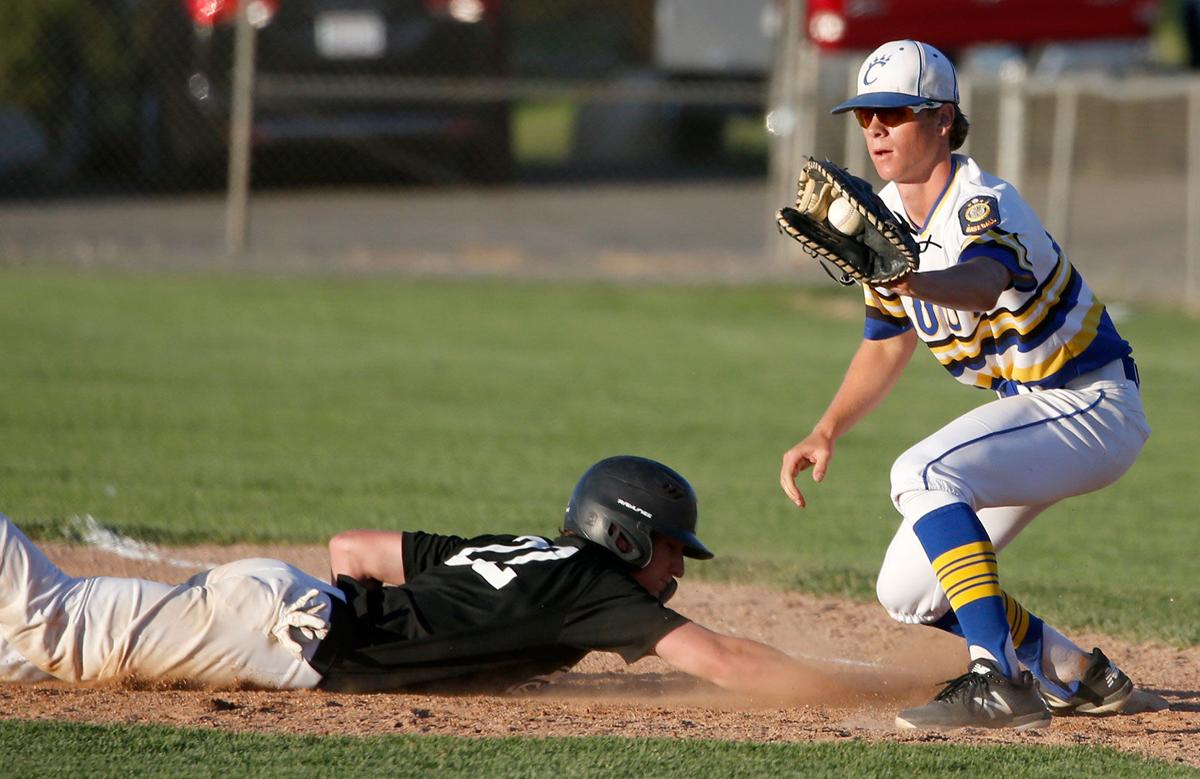 Hayden Bronnenberg tries to pick off a Colts baserunner at first.

Shortstop Tyler Grenz fields a ground ball against the Colts.

Jack Schroeder pitches during the game.

Hayden Bronnenberg tries to pick off a Colts baserunner at first.

Facing the toughest competition they’ve seen in a while, the Cody Legion baseball team lost 5-3 to the World Baseball Showcase team Tuesday.

“What a great game one,” coach Bart Grenz said. “Our guys and their guys both competed hard and it was a great game to watch.”

The Cubs (30-14) gave themselves a chance, but five errors proved too much to overcome.

“They’re a really good team and we played good against them,” Cody Phillips said. “The difference was errors. They didn’t have any and we had a few that let runs get on.”

The Cubs had runners on in the first three innings but couldn’t score until the fifth. Cody Phillips reached on a single and scored when Jared Grenz hit a double to the fence between center and left. He scored on a single by Tyler Grenz to tie the game.

“It was fun,” Cody Phillips said. “That was the fastest pitching we’ve seen this year. At the plate we started out a little rough and adjusted well.”

World Baseball regained the lead after a double and another error in the sixth. However, the inning ended when Jared Grenz made a diving catch in center and threw to second to get the Colt runner, who was trying to tag up, for the double play.

In the seventh the Colts tacked on two more after two walks, a hit batter and a double.

“Even though we made some mistakes during the game our kids stayed in and kept working,” coach Grenz said.

In the bottom half, Hayden Bronnenberg was hit by a pitch, Dominic Phillips hit a double and Jared Grenz walked to load the bases. Bronnenberg scored after an overthrown pick-off attempt to first.

For the first time this season, the Cubs used wood bats. Cody Phillips went 3-for-3, Jared Grenz 1-2, and Tyler Grenz and Engdahl 1-4.

“Our at bats got better as the game went on,” coach Bart Grenz said. “Their pitcher threw well, mixing things up and our hitters adjusted.”

Schroeder took the loss, giving up five runs, two earned, on eight hits and striking out nine through 6 2/3 innings. Jared Grenz pitched 1/3 of an inning and threw three pitches to get the final out.

“Jack did a great job on the mound,” coach Grenz said. “He pitched extremely well and had a very mature, composed appearance.”

Cody was scheduled to play a doubleheader against the Colts on Wednesday night and will play a single game against them on Thursday at 4 p.m.