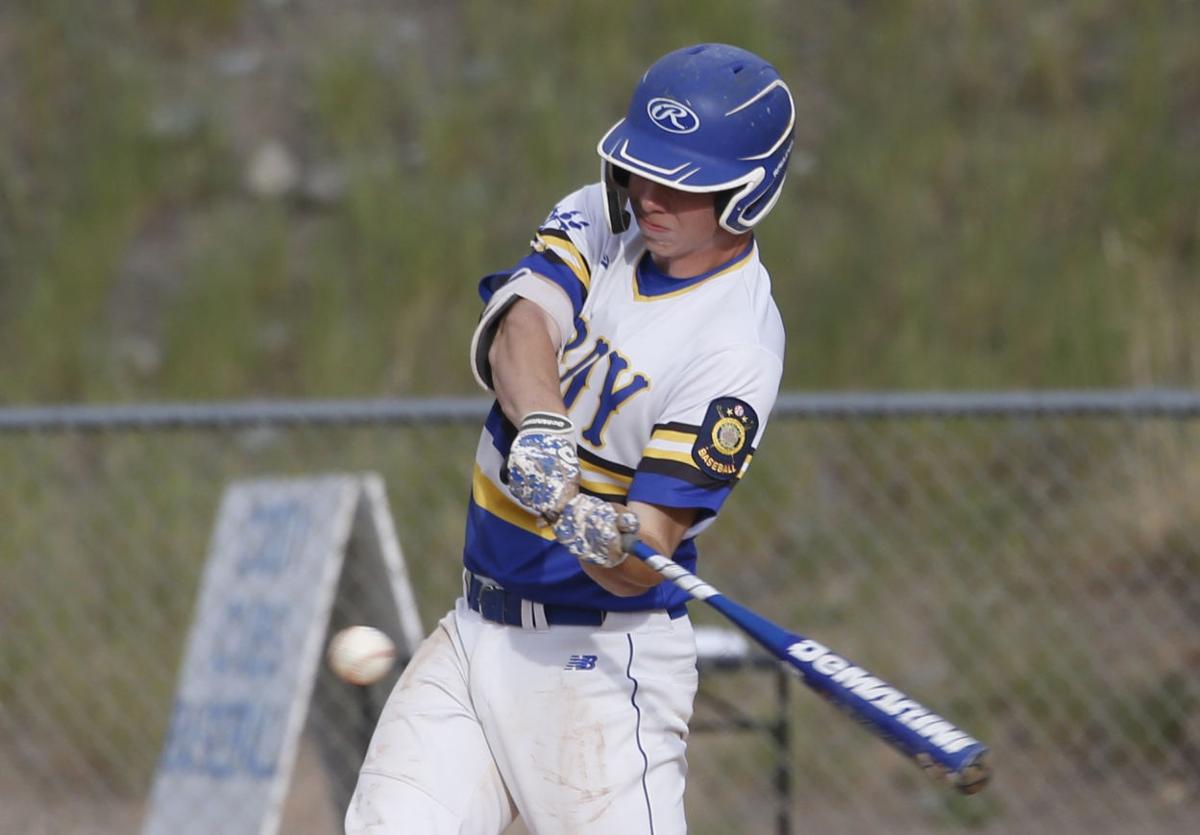 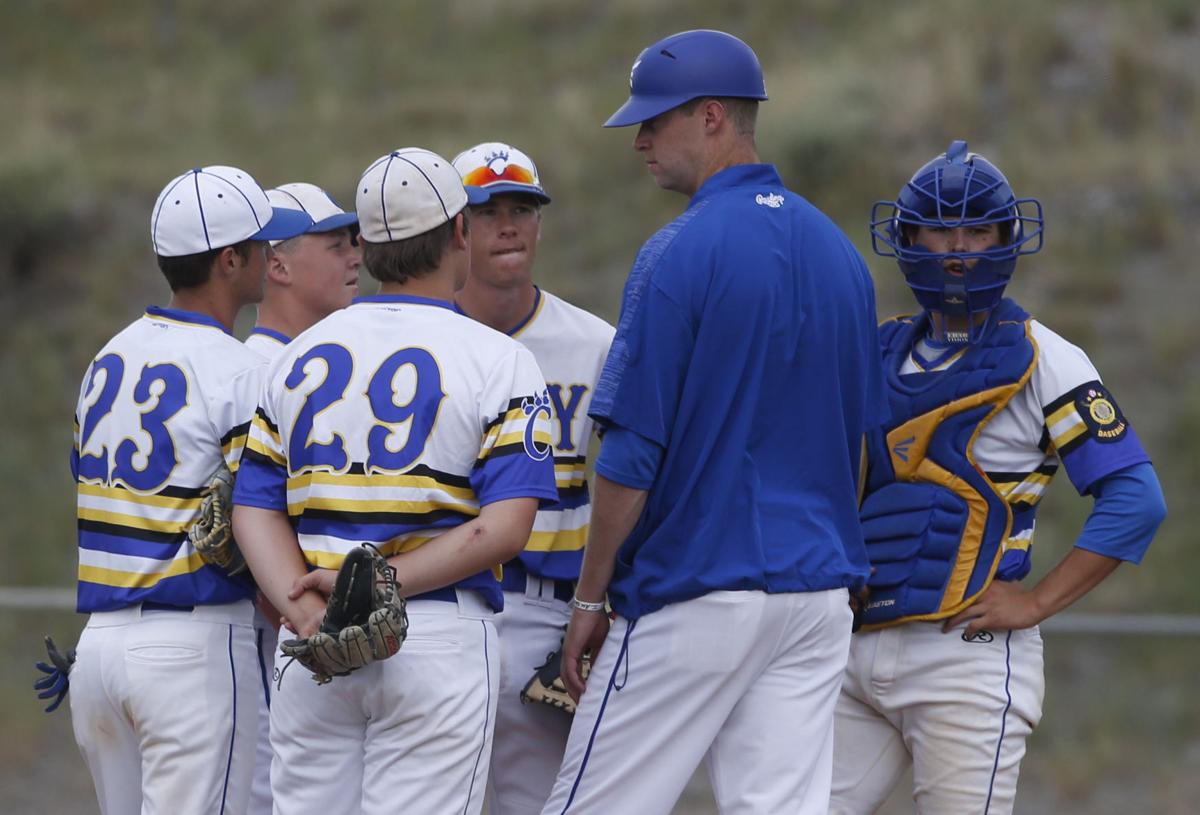 Assistant coach Parker Shreve has a meeting on the mound. 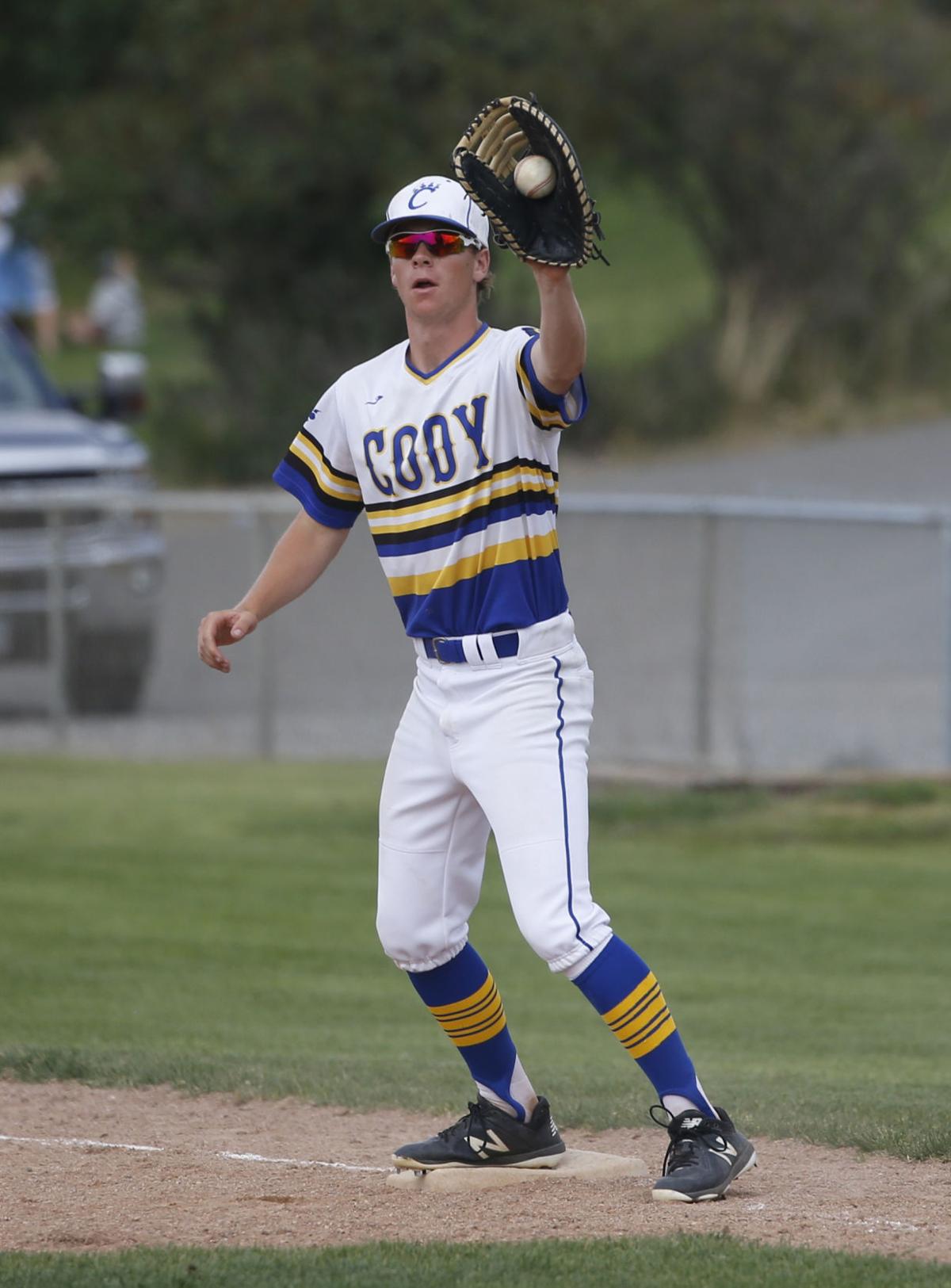 Hayden Bronnenberg gets a force out at first. 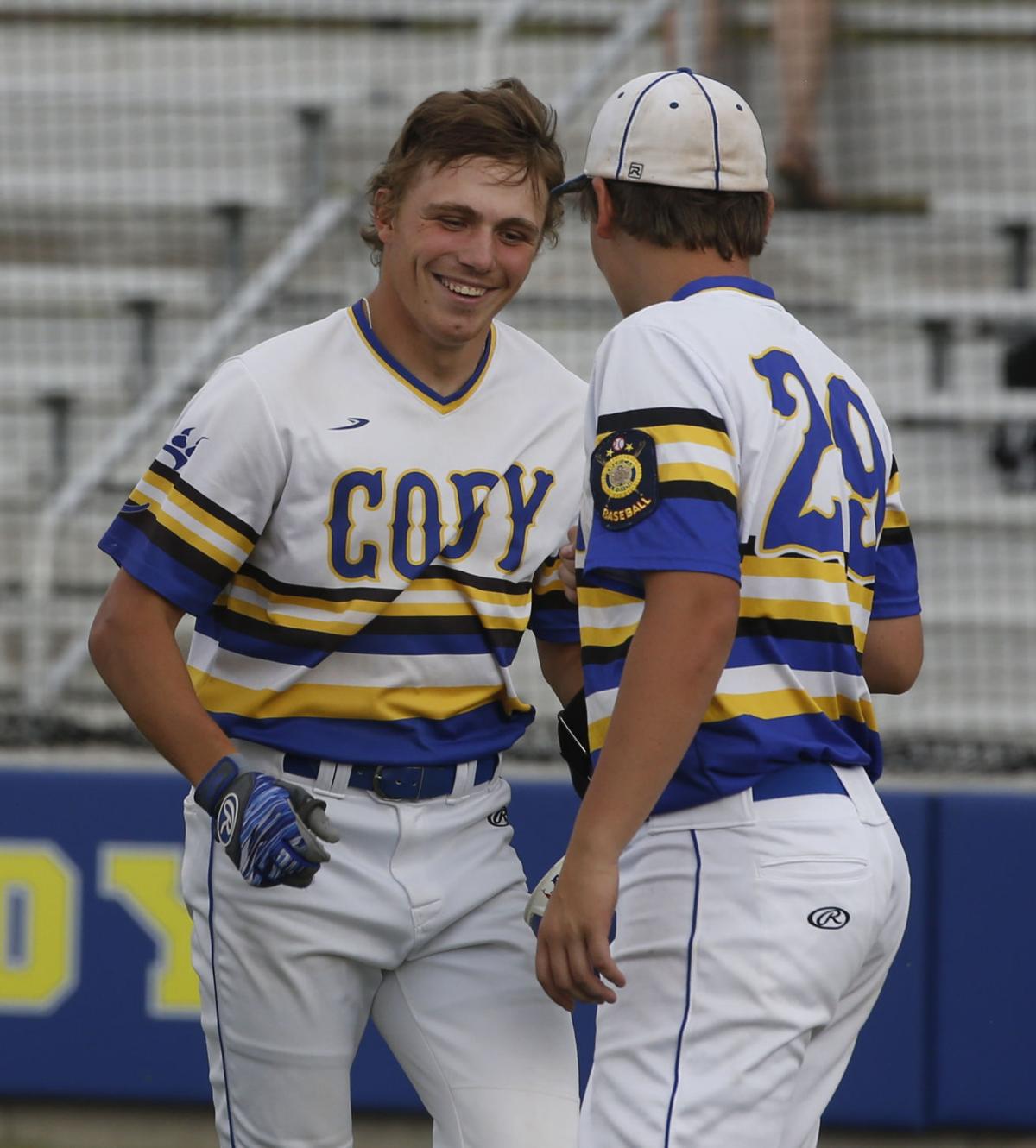 Dominic Phillips goes to high-five Jared Grenz after he hit a double, stole third and scored on an overthrow to third to clear the bases. 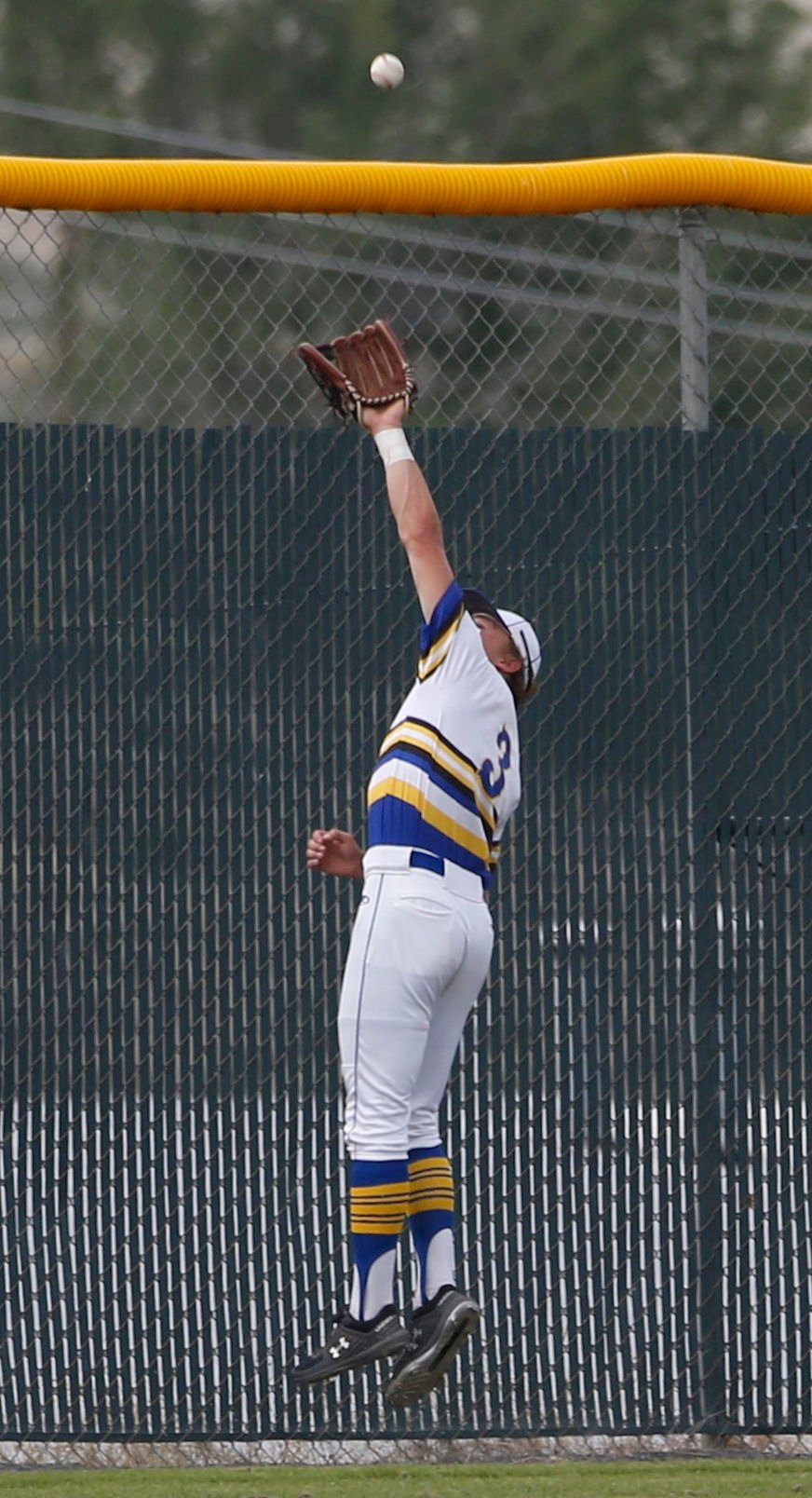 Jared Grenz climbs the fence to made a back handed catch in center. 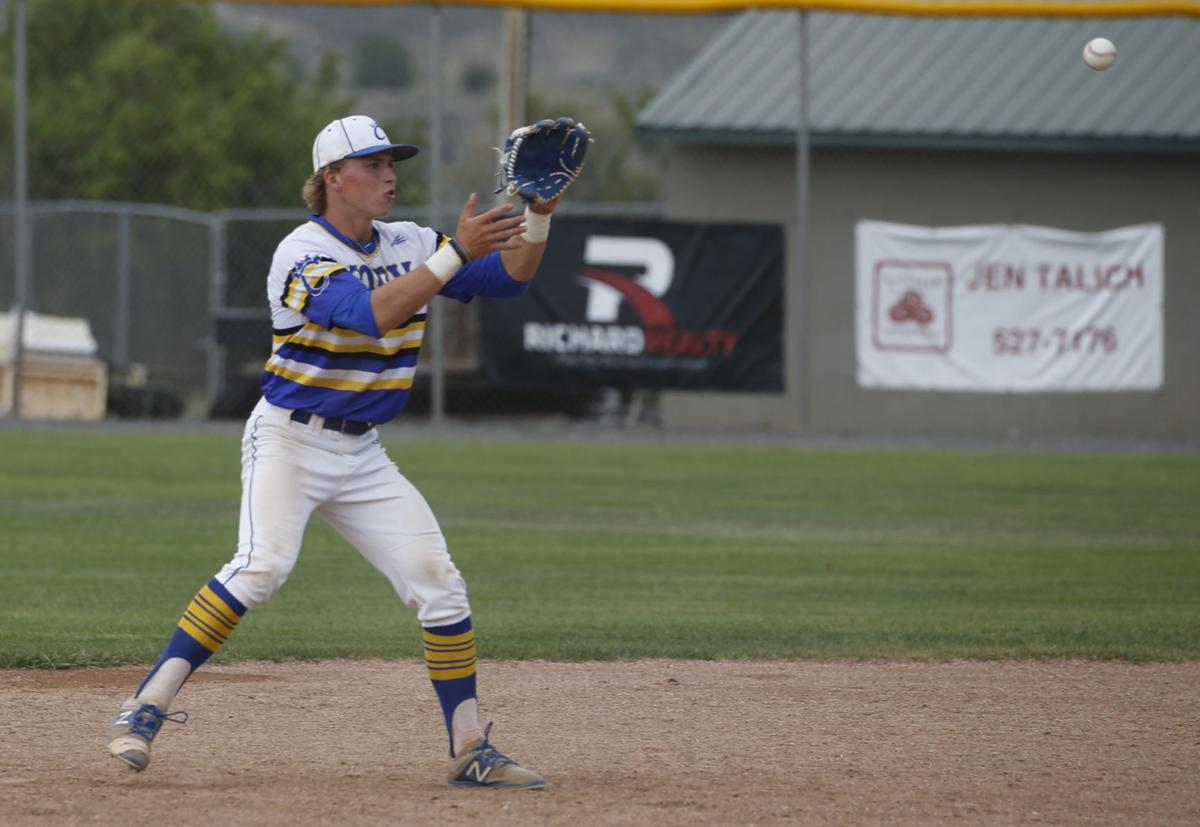 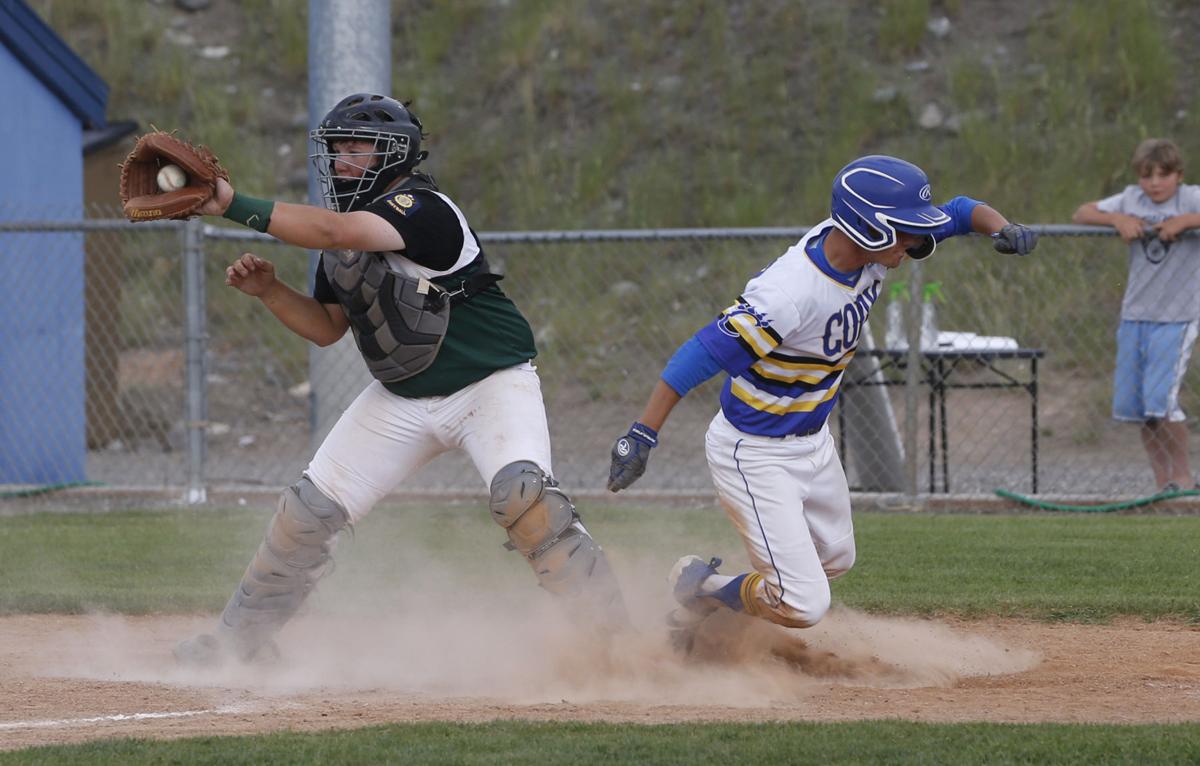 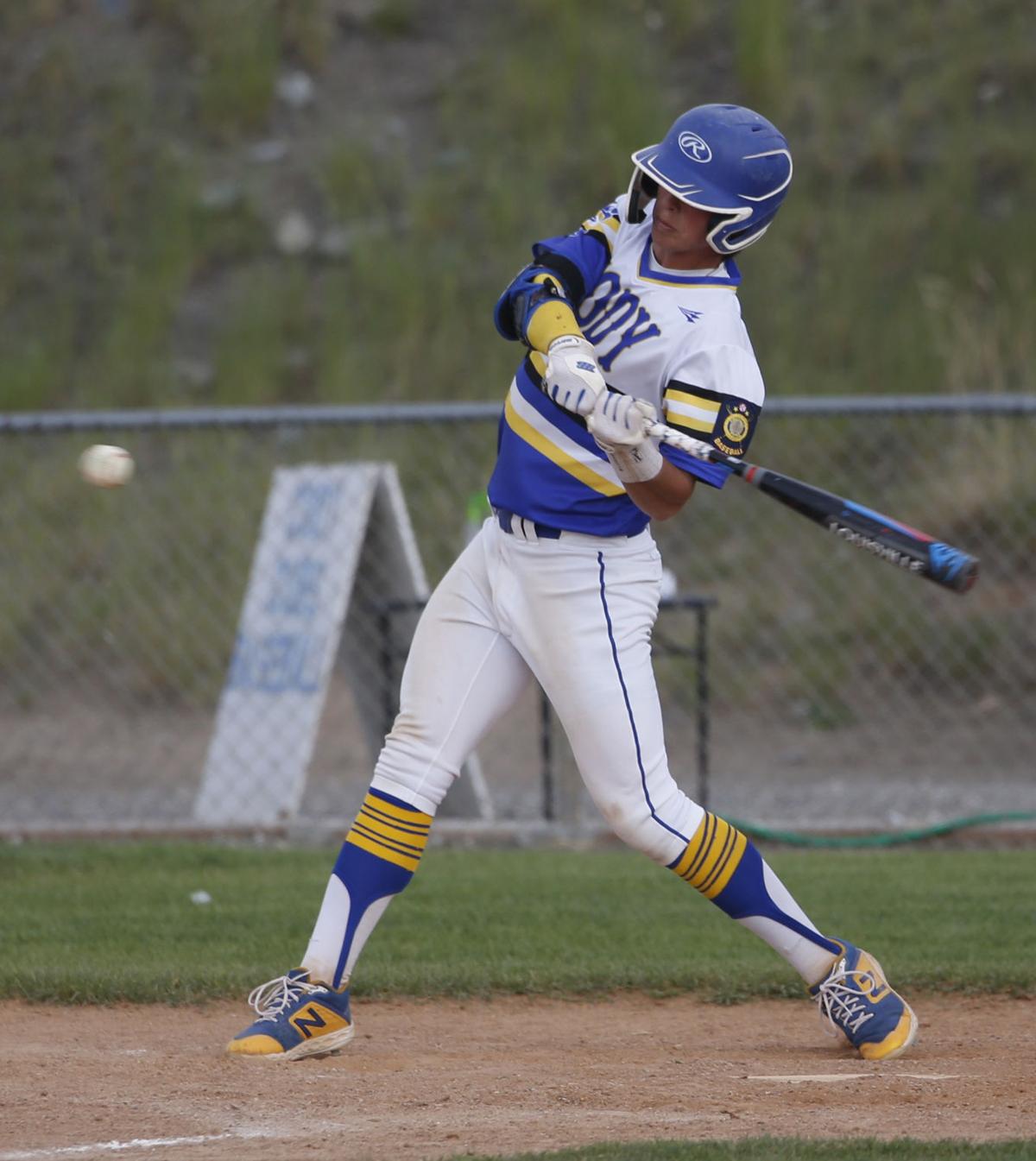 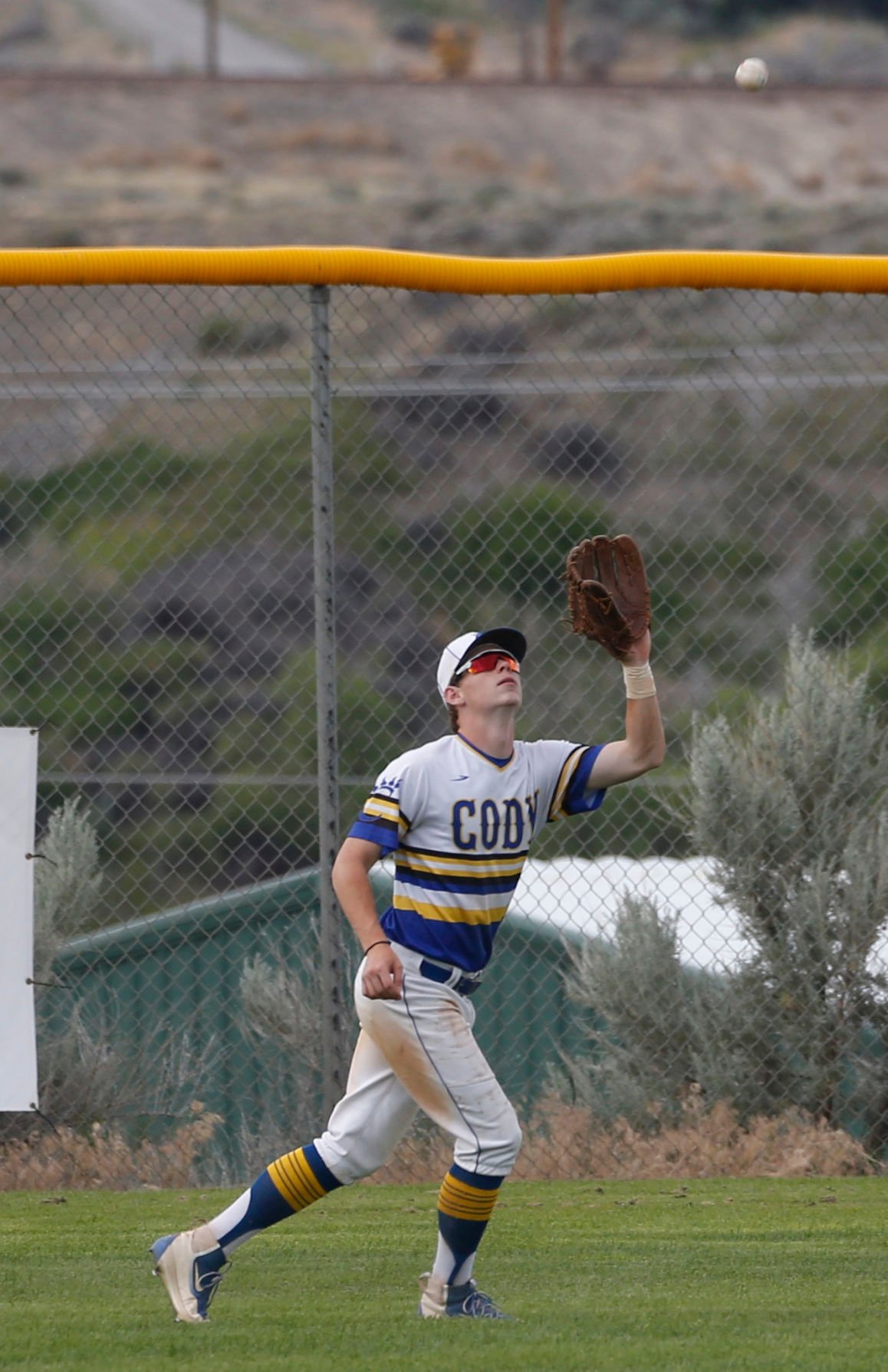 Ethan Johnston gets a force out at second. 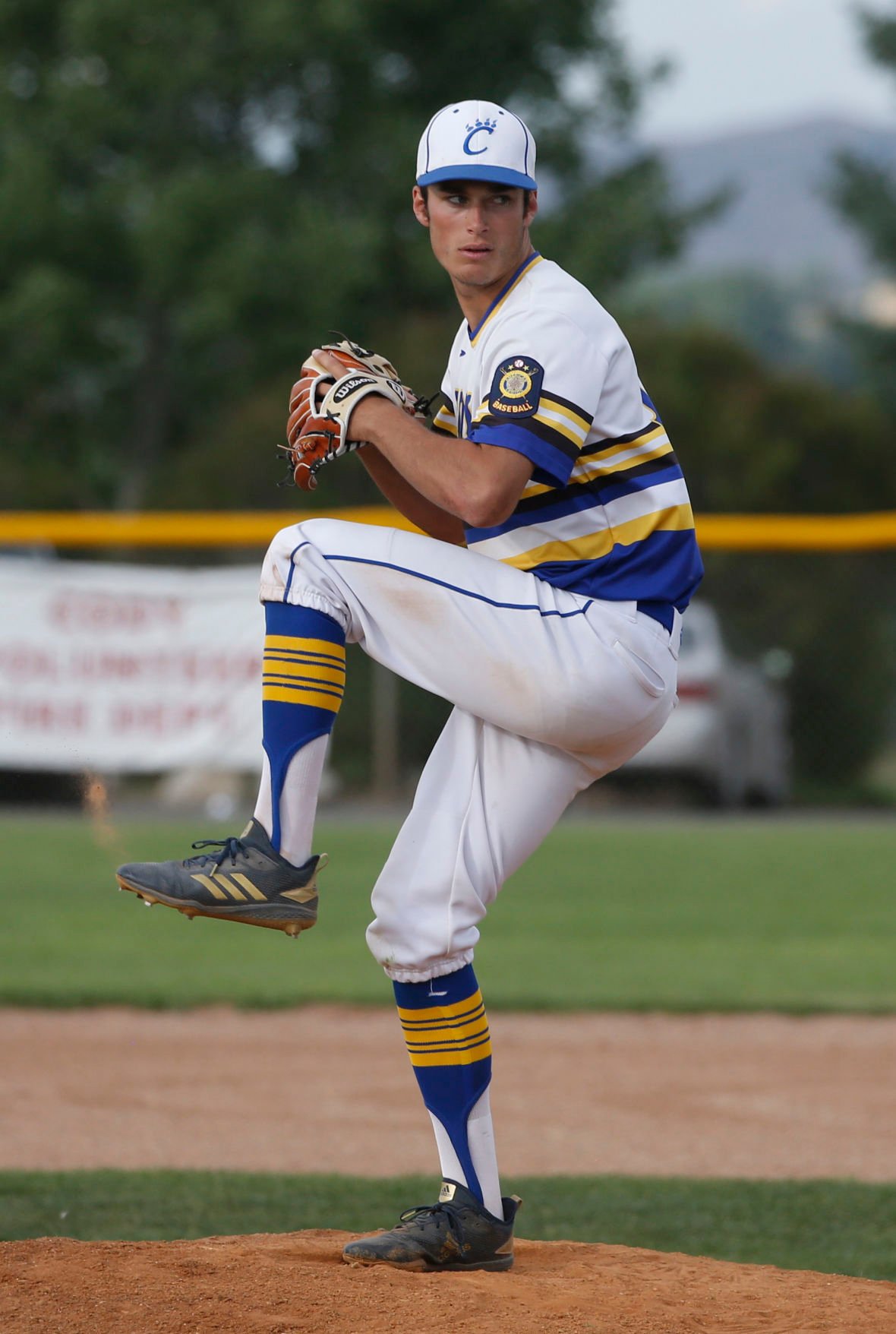 Assistant coach Parker Shreve has a meeting on the mound.

Hayden Bronnenberg gets a force out at first.

Dominic Phillips goes to high-five Jared Grenz after he hit a double, stole third and scored on an overthrow to third to clear the bases.

Jared Grenz climbs the fence to made a back handed catch in center.

Ethan Johnston gets a force out at second.

The Cody Legion baseball team pounded out 28 hits Saturday in a conference sweep of Green River. With the wins they are 6-0 in conference and 15-12 overall.

“We’re definitely hitting a lot better,” Tristan Blatt said. “We keep improving and limiting our errors, and the pitchers are throwing more strikes.”

The Cubs scored all their runs in two innings in the first game.

Cody got off to a strong start with 11 runs in the first inning. Two errors and a single by Ethan Johnston quickly gave the Cubs a 2-0 lead. Blatt then hit a two-run homer to left to make it 4-0.

Tyler Grenz then hit a triple and scored on a single by Jack Schroeder. Devyn Engdahl and Hayden Bronnenberg then hit singles, with Engdahl later scoring on a passed ball. After two walks loaded the bases, Blatt hit his second home run of the inning with a grand slam to left to make it 11-0.

“They were both fastballs, down the middle,” Blatt said of his homers. “It was really cool, and it was fun because the whole team had strong hits.”

The Cubs got going again in the fourth. Chance Moss and Grady McCarten hit singles and an error loaded the bases. Cody Phillips then hit a two-run double. Singles by Johnston, Dominic Phillips, Tyler Grenz, Jack Schroeder, McCarten and Jared Grenz, and a double by Cody Phillips helped score 10 runs.

Green River scored one in the fourth and two in the fifth.

“Offensively we had a great approach,” coach Grenz said. “We were very solid in every count.”

Engdahl pitched 2 innings and gave up no runs on one hit. Chance Moss earned the win, giving up one run on two hits through 2 innings. McCarten pitched 1 inning and allowed two runs on two hits.

“Our pitchers in the first game really set the tone,” coach Grenz said. “I thought Devyn, Chance and Grady did a good job taking the ball and they all pitched well with the lead.”

The second game was more competitive, but Cody pulled away late to earn the 10-run victory in the fifth.

The Cubs took a 3-0 lead in the first, which included a single by Johnston and a double by Jared Grenz.

Back-to-back triples by Johnston and Jared Grenz scored two more runs in the second to make it 5-1 after the Knights scored in the top of the frame.

Six hits, an error and a walk scored six runs for Green River in the third to give the Knights a 7-5 lead. It would be short-lived though, as the Cubs put up seven in their half.

Singles by Schroeder and Bronnenberg and a hit batter loaded the bases. A run scored on a sac fly. A walk, error, walk by the Cubs and double by Jared Grenz made it 12-7.

“The game plan was to score in every inning,” Jared Grenz said. “We got our bats going in the first and kept rolling.”

“We’ve really been working on fixing our approach,” Jared Grenz said. “We’re sitting back and waiting to make contact. We’re getting used to the slower pitching and it’s starting to look more normal.”

At the plate, Jared Grenz went a perfect 5-5 with three doubles and two triples.

“I felt good and just tried to connect to score runs,” he said.

“Logan did well in his second start for us,” coach Grenz said. “I think he will be one to watch later in the season and in the future.”

“Tristan came in and was able to cool down the Green River Bats and get the momentum away from their side,”coach Grenz said.