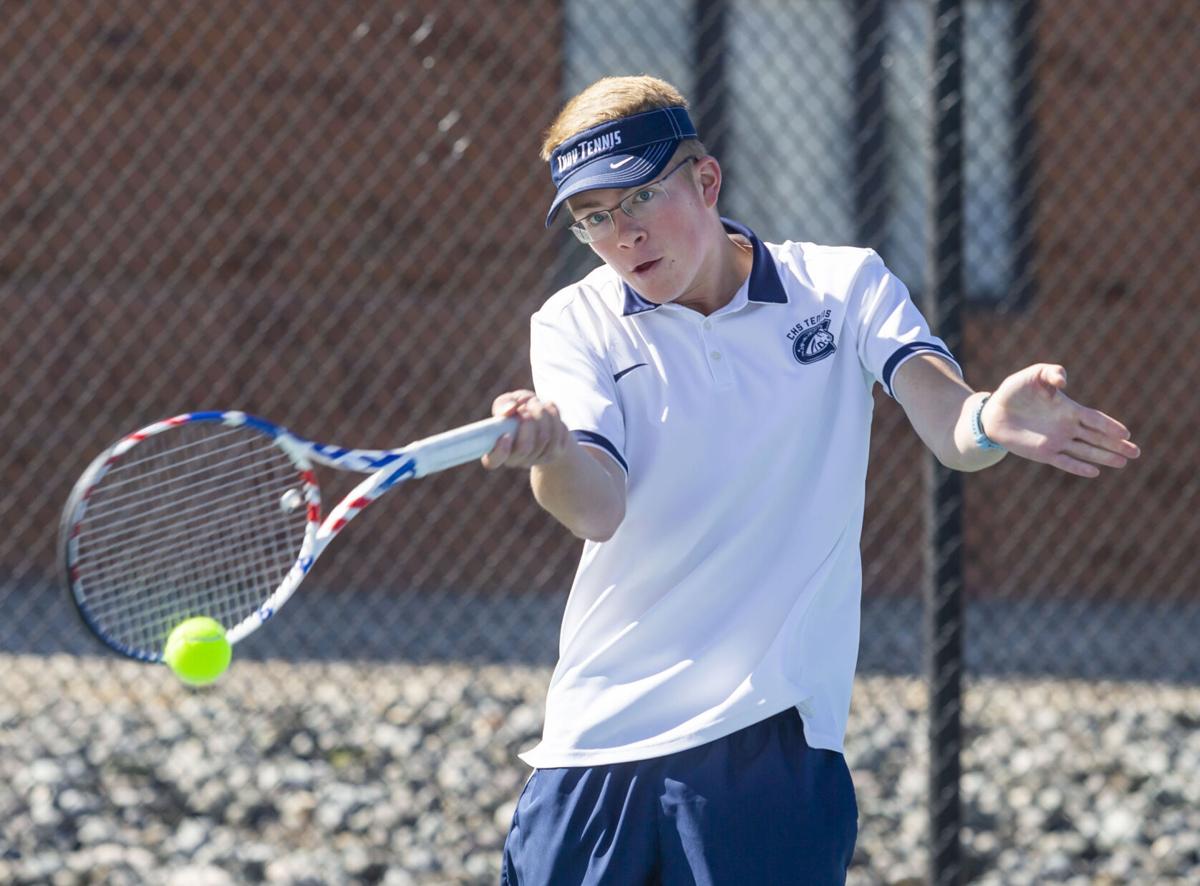 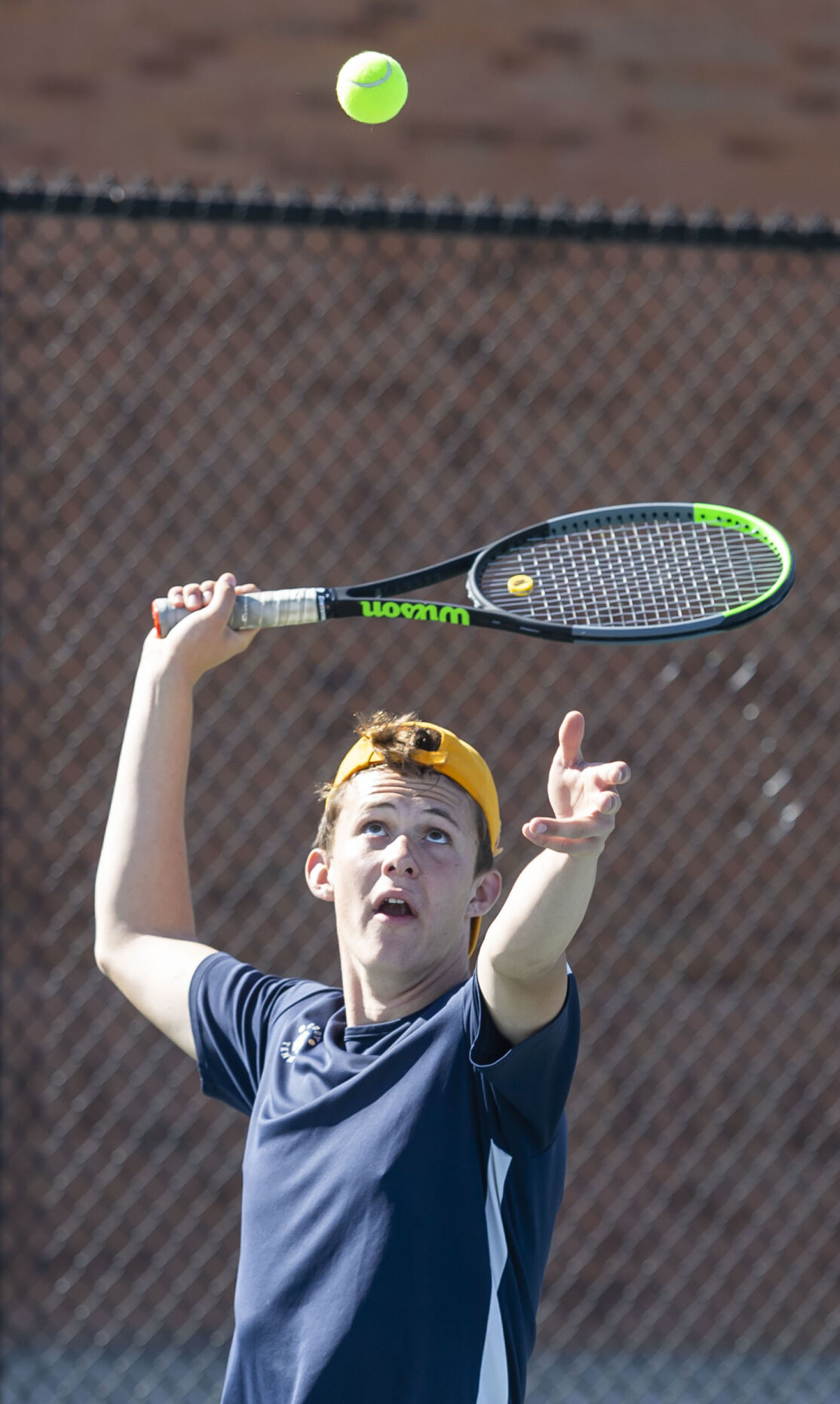 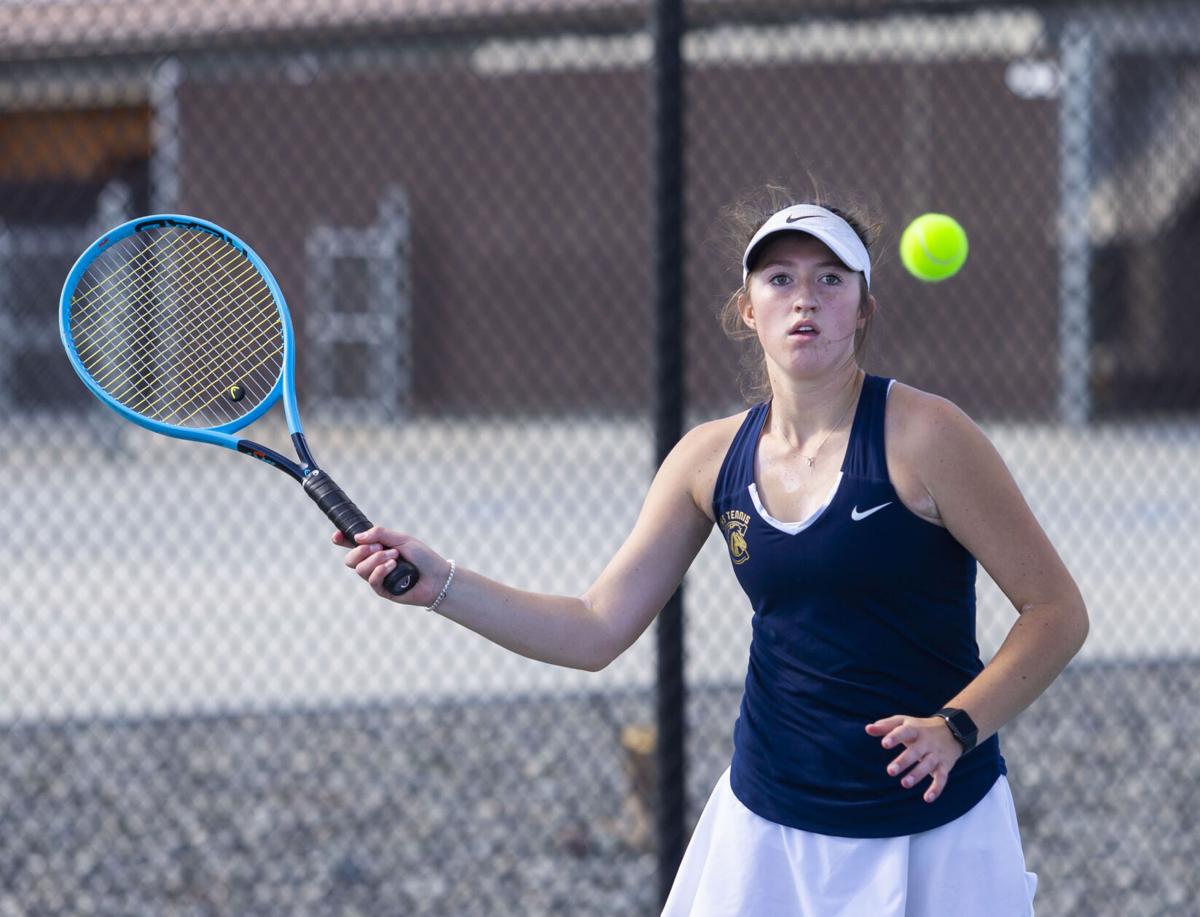 The wind may have helped blow some of the smoke suffocating out of the area, it did little to help the Cody boys and girls tennis teams Saturday.

Despite the gusty distraction, the Broncs swept Natrona 5-0, and the girls edged the Mustangs 3-2 in the morning session.

“I felt like I was letting the wind get to my head a little bit,” Fillies No. 1 singles player Reagan Staggs said. “I have played the girl from Kelly Walsh before and she is really, really good. She just doesn’t make any mistakes.”

The Fillies No. 2 singles player Anna Brenner didn’t make any mistakes either to start things out on Saturday. Brenner took down Natrona’s Avery Olsen 6-0, 6-1. That match was coming off a marathon outing Thursday afternoon in Powell where it took three sets to defeat Lady Panther Kaili Wisniewski 4-6, 7-6 (7-0), 6-0.

Though falling to Kelly Walsh’s Gabby Blumburg, the senior shined with some of the most entertaining and longest volleys of the afternoon.

“That was one of my best matches,” Brenner said. “I’ve been focusing more on specific strokes, and focusing a little more on my slice. Against Powell it was a little more undefined.”

Staggs’ match in Powell may have been a defining moment for the sophomore just finding her groove.

After dropping the first set to Chase Anderson 4-6, she regrouped to take the next sets 7-5, 6-3.

“I figured out she didn’t like short balls or slices, so I just went ahead with that,” Staggs said. “Right now I’m taking a lot of chances, let’s put it that way. I’m only a sophomore so I’ve got another couple of years. Right now I’m just trying to figure things out.”

The Broncs had Natrona figured out Saturday morning. The three doubles teams allowed just four games combined to the Mustangs. CJ Dominick took down Micah Bush 7-3, 6-1 in No. 1 singles.

Tade Geving didn’t allow a game to Natrona’s Titus Timbers. Geving built on that success against Kelly Walsh’s Jackson Catchpole to force a first set tie-breaker, but couldn’t quite get past the Casper athlete. Geving

Both players broke serve throughout the first set. Geving would fall on a final, wild volley in the first.

Both Geving and Dominick had three-set wins at Powell in a match that continued on Friday after being delayed Thursday due to darkness.

The No. 2 doubles team for the Broncs, Micah Idema and William Law, were on their way to an upset after a competitive first set against their Kelly Walsh opponents. Behind Idema’s serve and solid shots from Law, the pair stole the first set in a hard-fought tiebreaker, but couldn’t keep the momentum long enough to steal a match from the Trojans.

Cody will travel to regionals Friday and Saturday in Sheridan.

“I think both our boys and girls teams are going to do really well,” Brenner said. “I think we are all capable of placing top-two or three, so it will be interesting to see how it turns out.