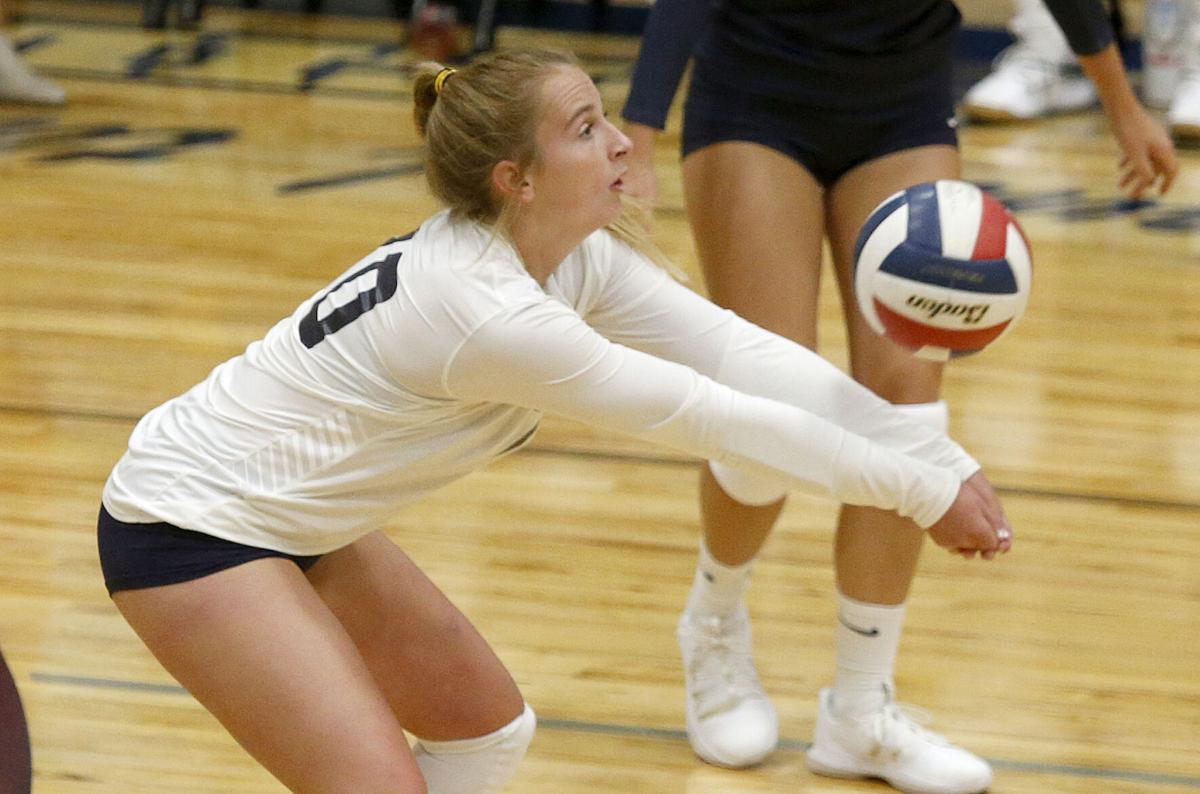 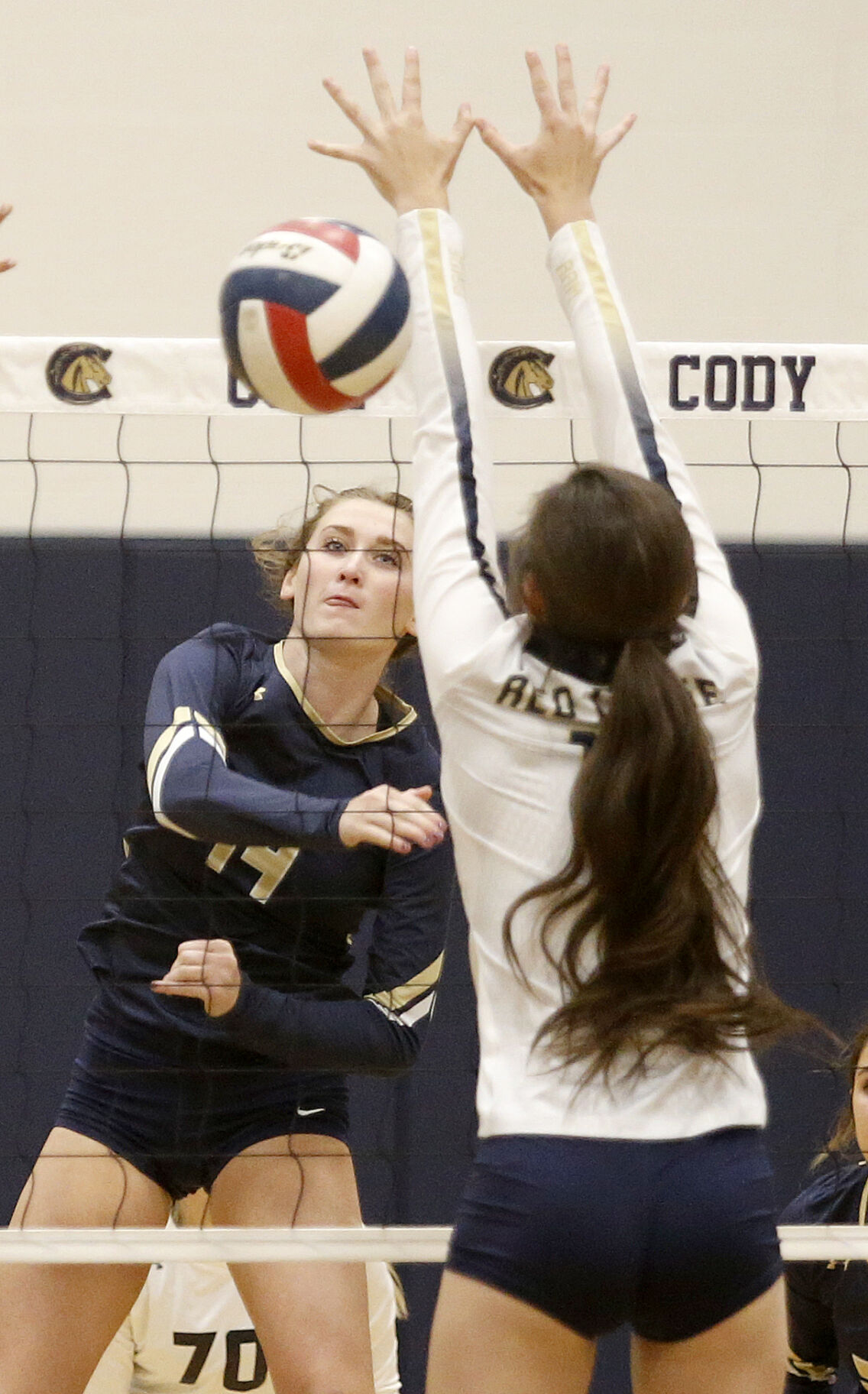 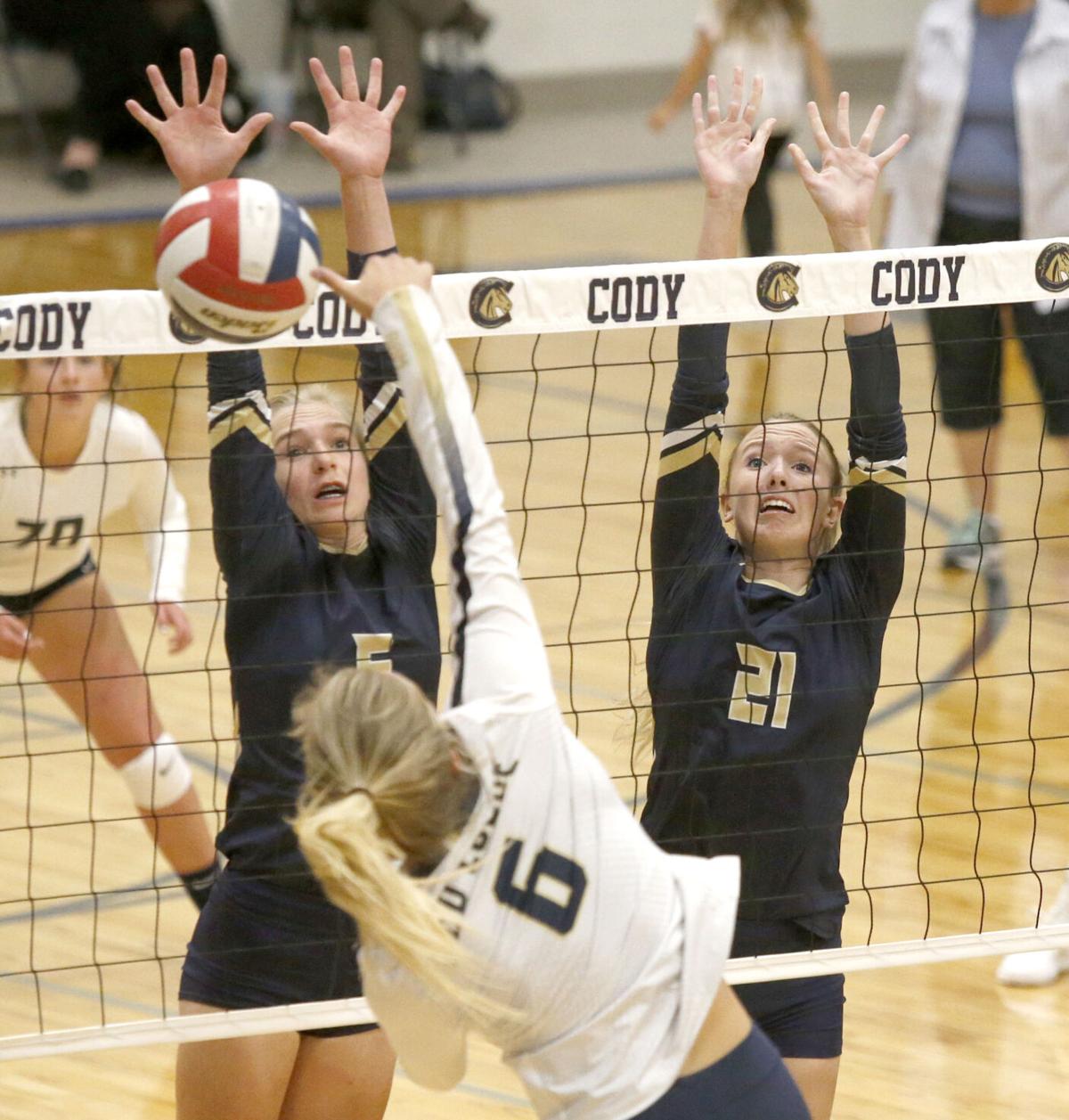 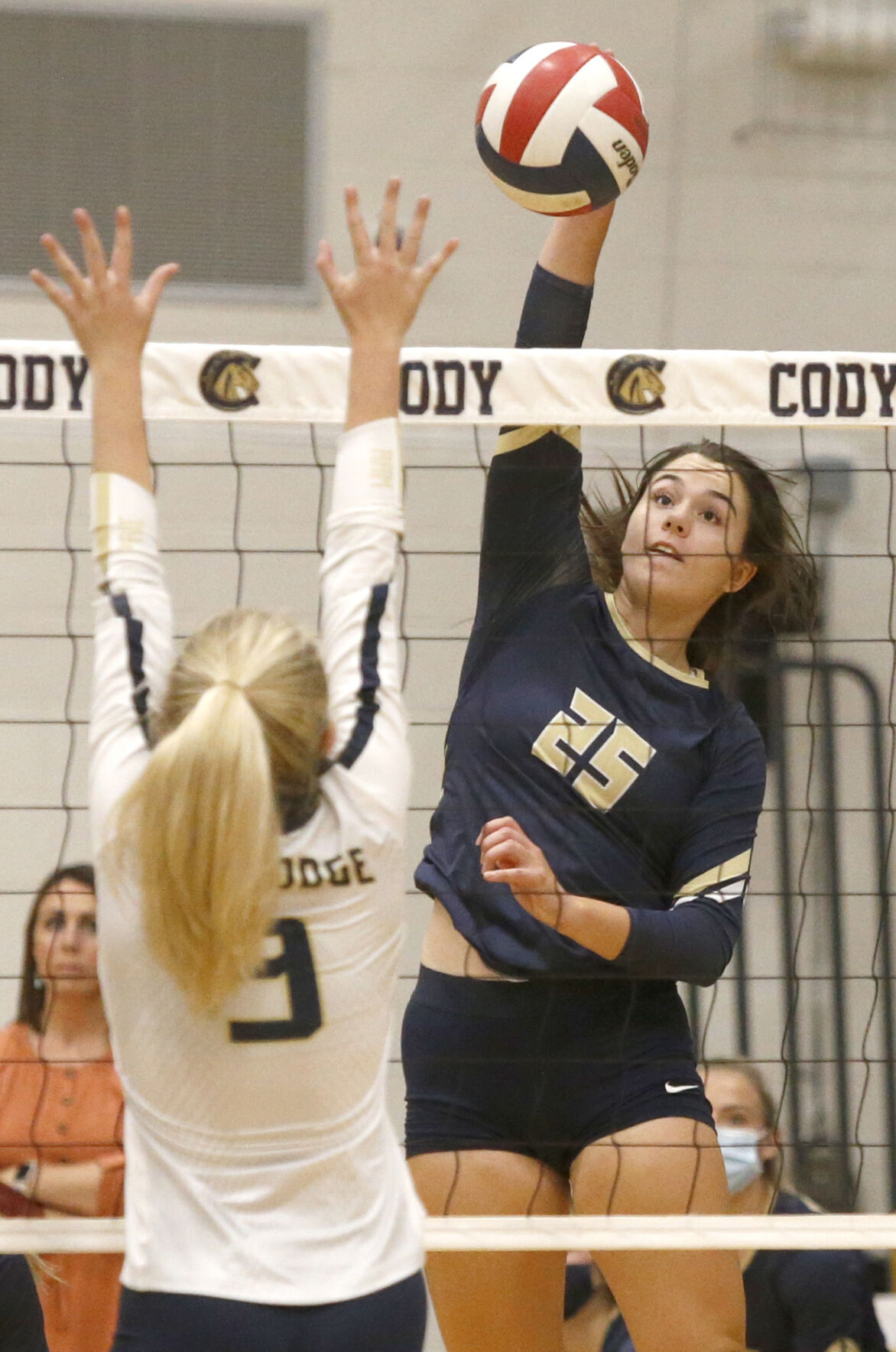 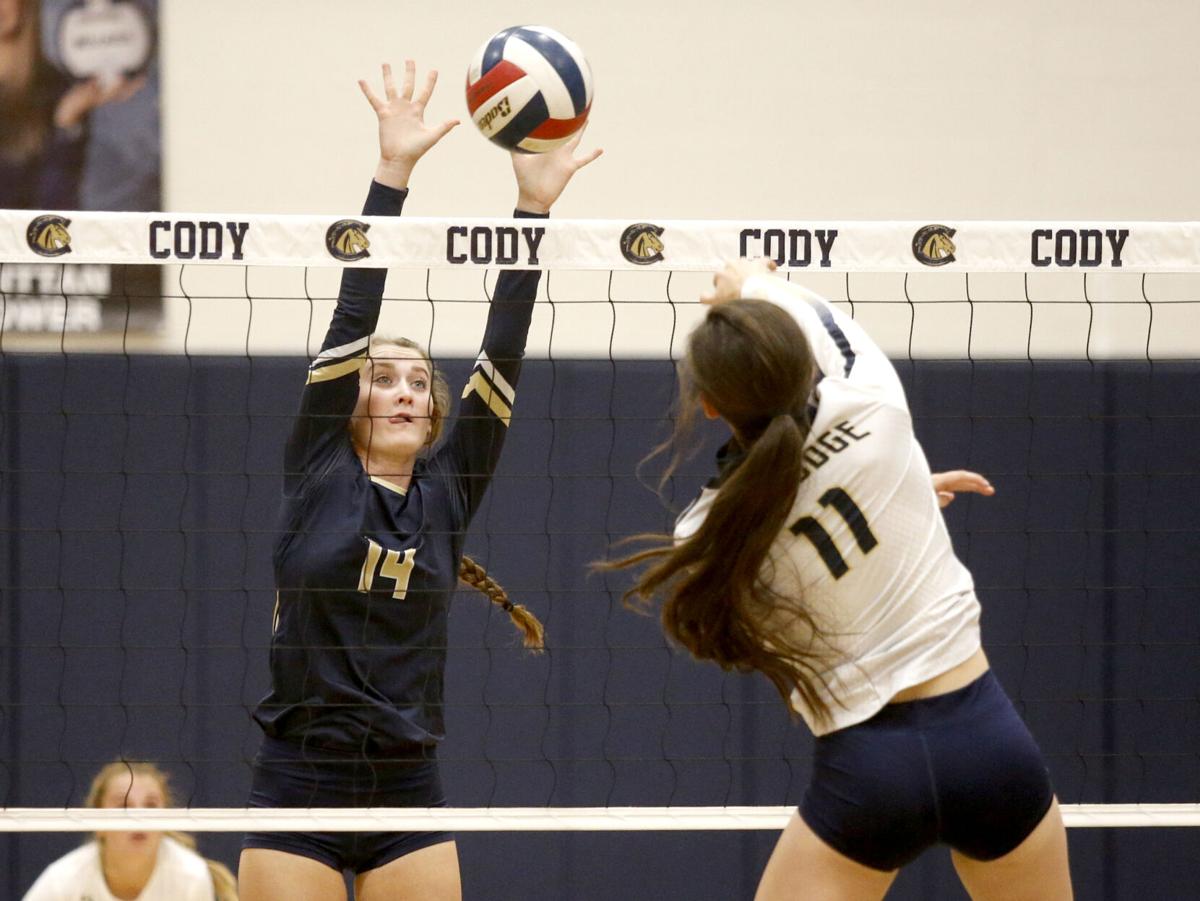 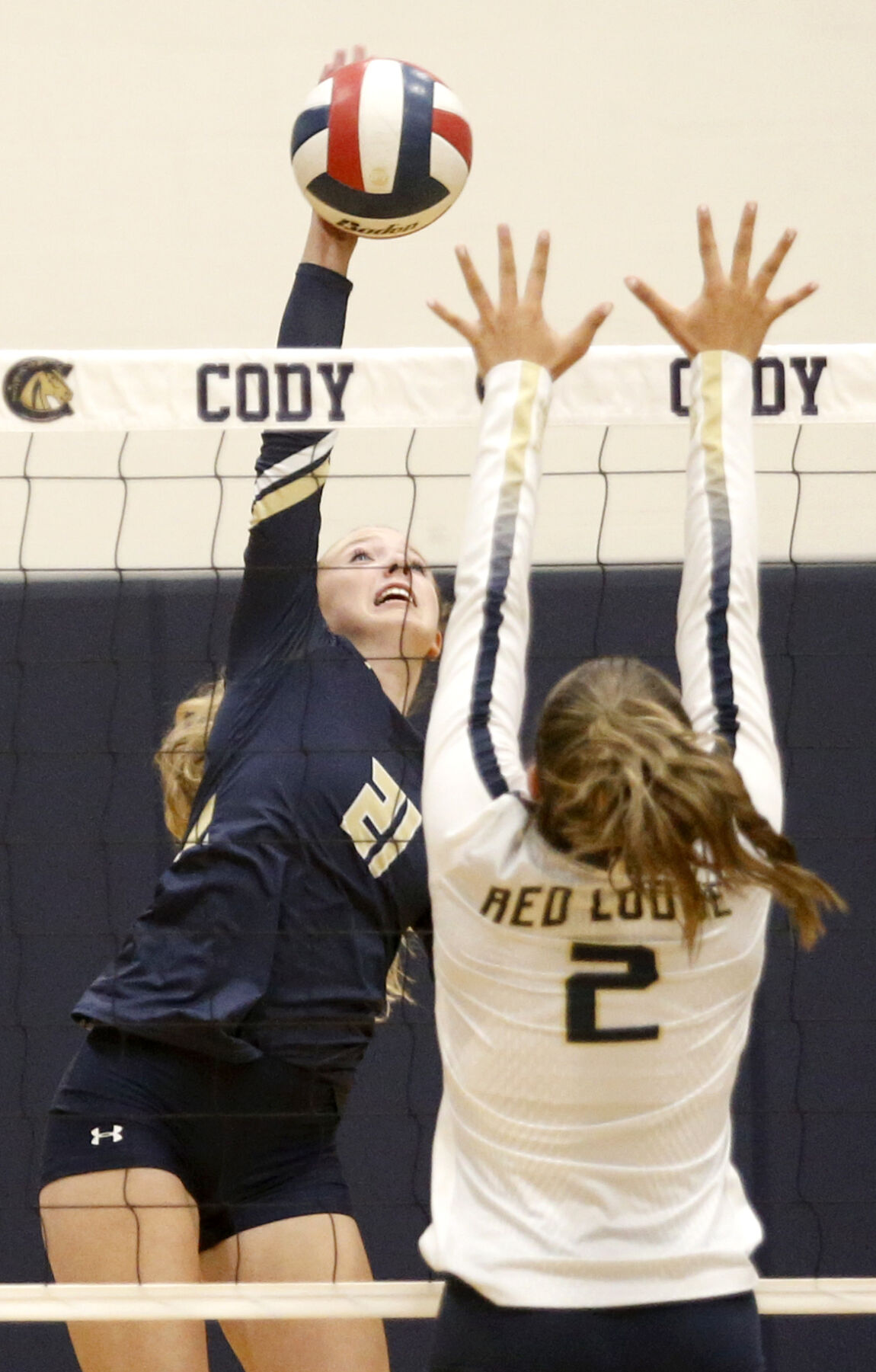 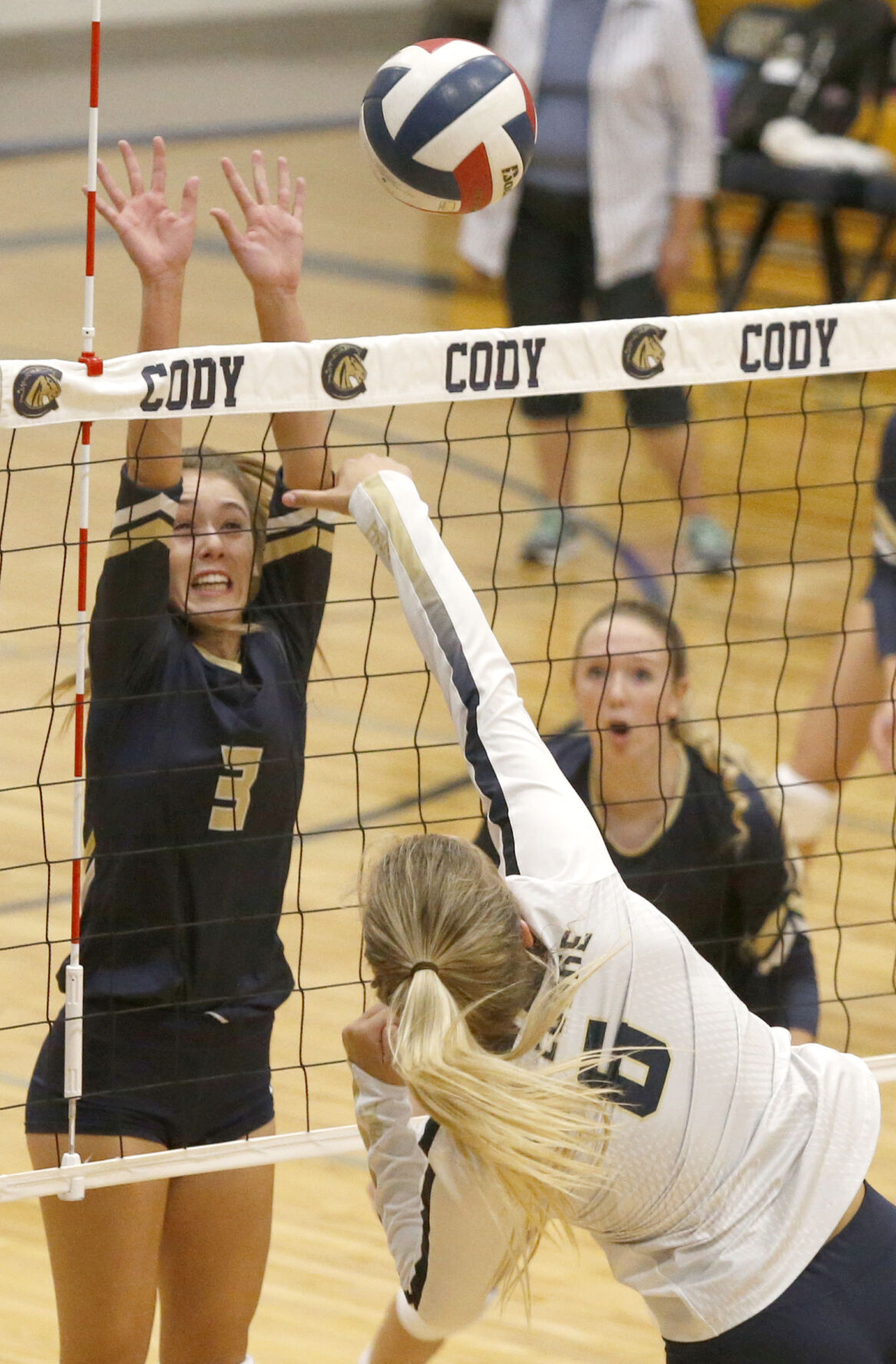 Kennedi Niemann goes up for a block. 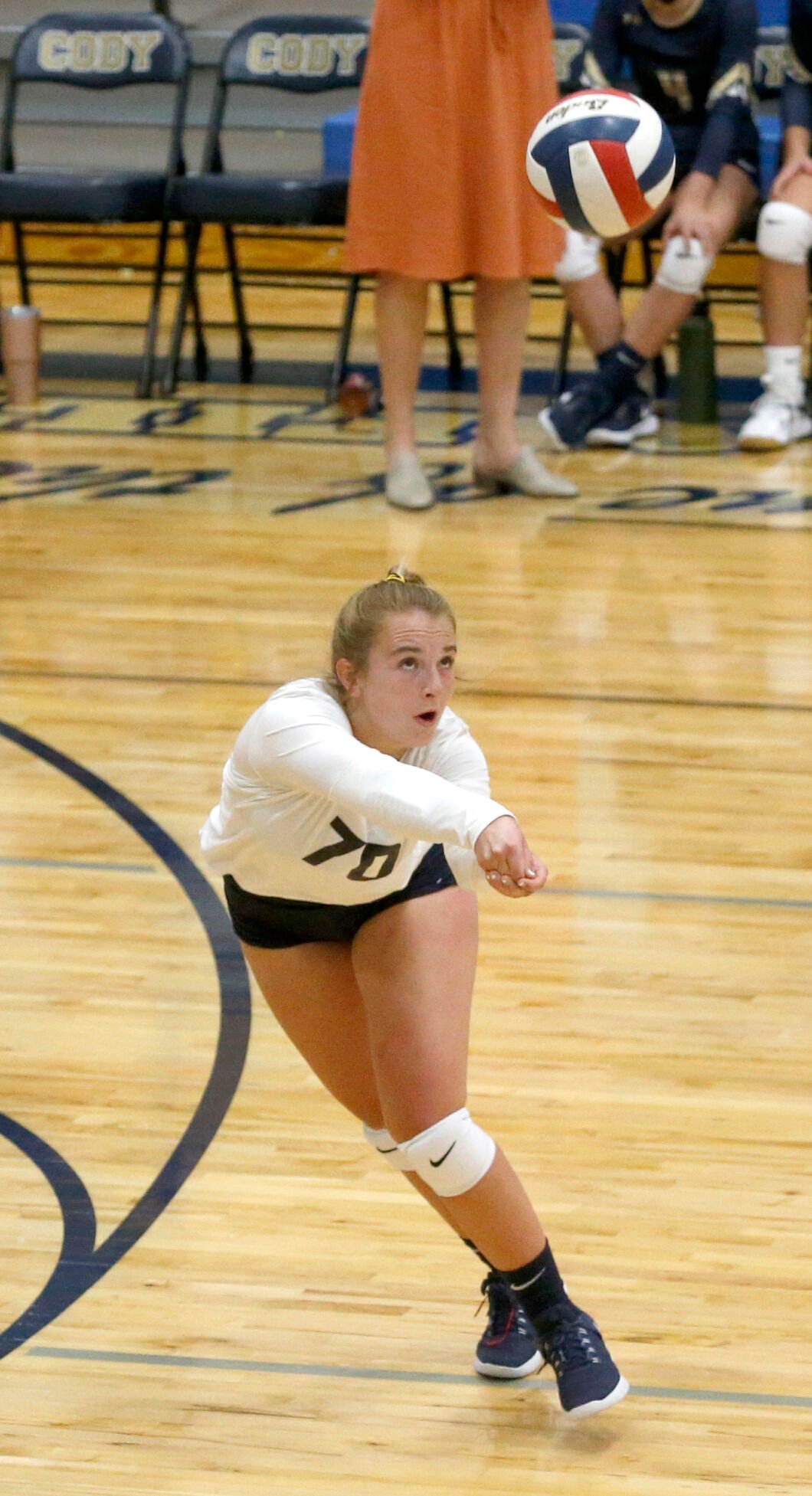 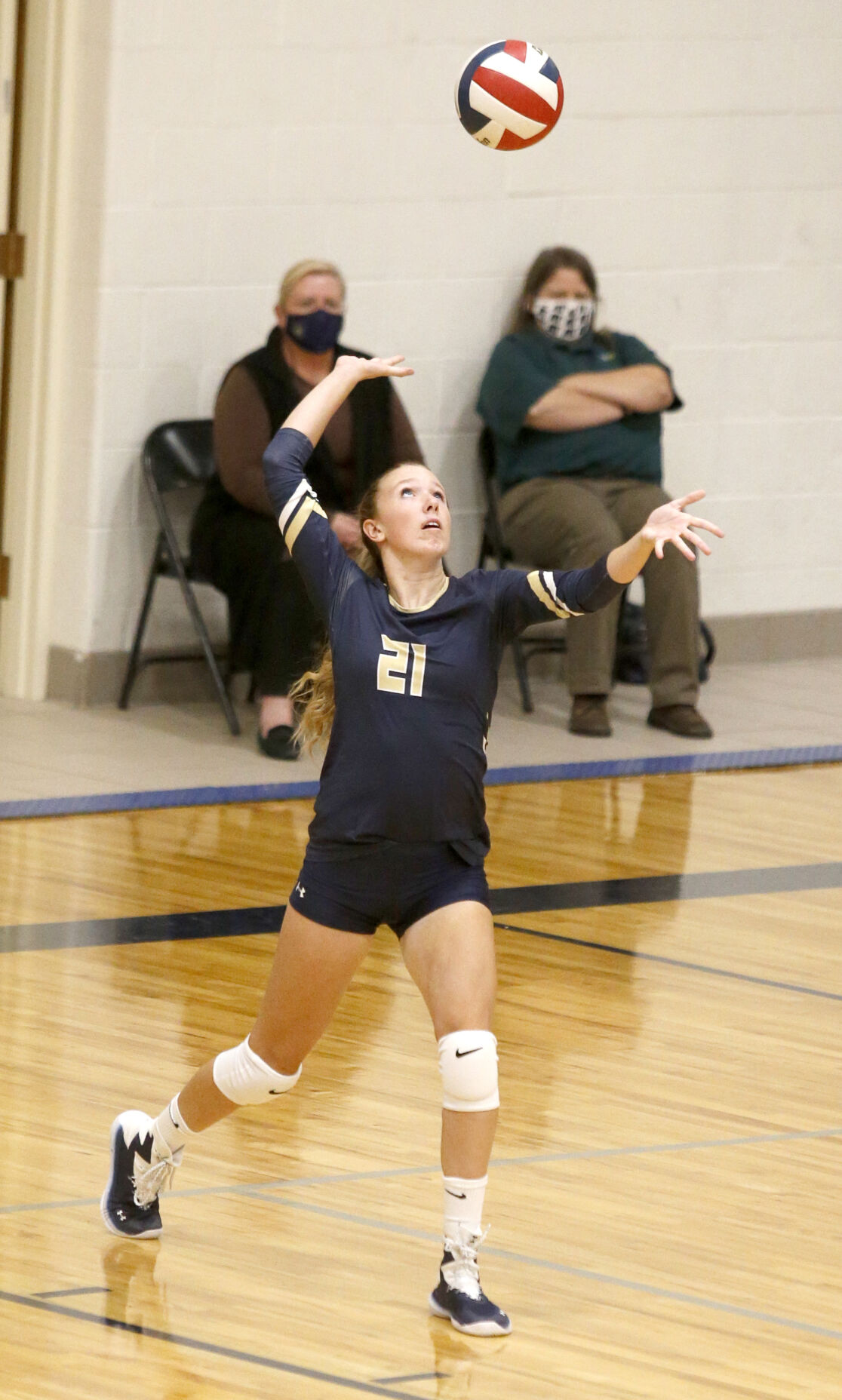 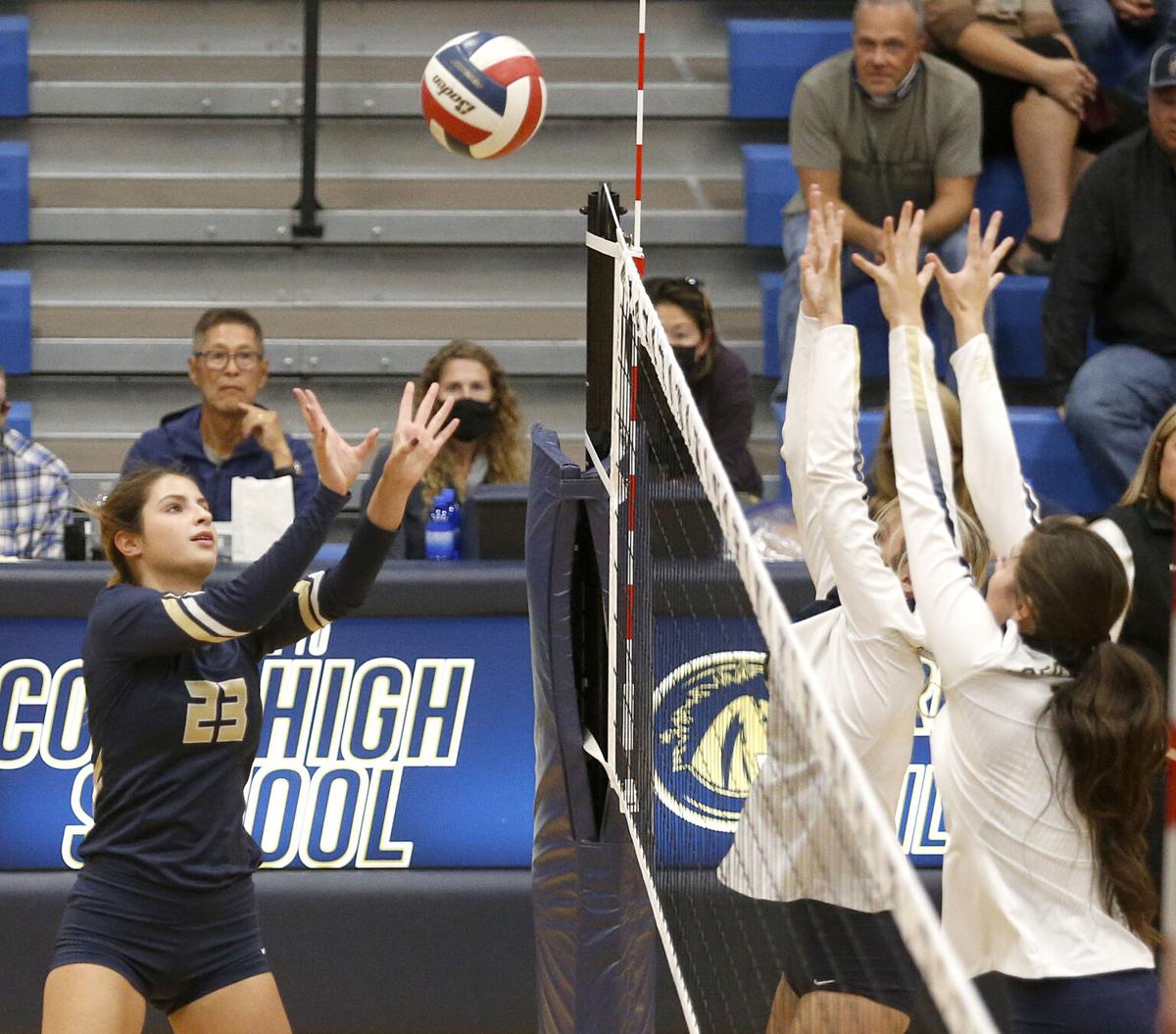 Brittain Bower tips the ball over the Red Lodge block.

Kennedi Niemann goes up for a block.

Brittain Bower tips the ball over the Red Lodge block.

With one of its key members sidelined for two weeks, the Cody volleyball team had to retool its lineup for Thursday’s game against Red Lodge.

Setter and right side hitter Grace Shaffer was put under quarantine Wednesday, leaving the Fillies one practice to figure out what to do in her absence.

Just a few hours before the match began the Fillies found out their new roles. Molly Hays, who had been sharing setting duties with Shaffer, stepped into the solo role. However, libero Kennedi Niemann had a bigger adjustment, as she got moved to an outside hitter role, and Gillian Growney, who has seen minimal varsity time in the back row this season, filled in at libero.

“It was definitely a very new position for me compared to libero, but I love the opportunity of playing new positions,” Niemann said. “It took some time to adjust, especially when I was in the back row, but I picked it up pretty fast. My teammates were there to help me as well.”

“They did really good,” coach Stephanie Birch said. “We practiced some things yesterday and they did a good job putting them into play.”

Cody started the first set with a 10-0 run and it was a Filly hitting error that gave Red Lodge its first point.

“We were ready mentally,” Harrison said. “We had a little fun and played a game in the locker room before we came out to get our energy up. We were ready to play.”

The Fillies continued to pull away, with hitters Autumn Wilson, Brittan Bower, Lake Harrison, and Kennedi and Reece Niemann scoring kills during the set.

“Our communication and defense was extremely good,” Harrison said.

The Fillies scored the first five points of the second set, but the Lady Rams did a better job hanging close this time. In the middle of the game Red Lodge had a 5-0 run to make it 19-16 Cody. A kill by Wilson ended the run, but the teams traded points and Red Lodge remained within three at 23-20 before back-to-back kills by Kennedi gave Cody the 25-20 win.

“We stayed consistent the entire match,” Harrison said. “They caught up in that second game, but I think that was more them playing better than us playing any different.”

The third set was similar to the first, with Cody taking a big lead early, mixing up its offense for multiple kills by Wilson and Kennedy.

“Molly did a good job mixing things up so we weren’t so predictable and their blockers had to adjust,” Birch said.

Cody led 15-3 and continued to outpace the Lady Rams. An ace by Hays made it 21-7, but then Red Lodge went on a 6-0 run that ended on a block by Harrison. The Lady Rams hit out of bounds to set up game point and a kill by Wilson ended the match.

“We for sure missed having Grace,” Kennedi said. “She brings so much energy and confidence to the court and we can’t wait until she’s back.”