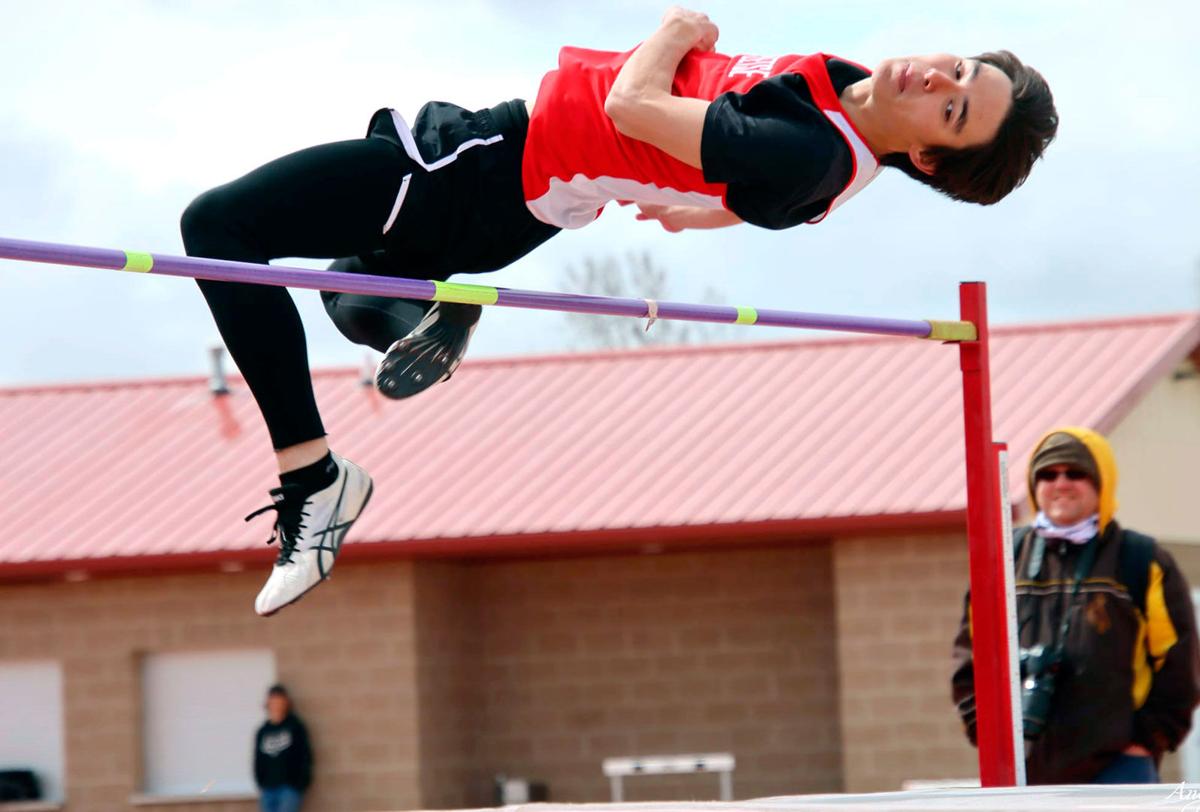 Tozai May clears the bar in high jump Saturday in Burlington. (Photo by Angie Erickson)

Tozai May clears the bar in high jump Saturday in Burlington. (Photo by Angie Erickson)

The Meeteetse track team was back in action last weekend in Burlington and started to find a groove, with a sprinter nabbing a spot in the state meet even as gusting winds caused some performance drop-offs in the field events.

Freshman Ava Bushnell hit the mark in the 200-meter dash, making her the first Meeteetse athlete to qualify this year in an individual event.

“It’s a little scary, but I’m excited at the same time,” Bushnell said. “This is my first year of high school and I’ve never competed at state before with a lot of people watching.”

Her teammates, however, are a little less worried.

“She deserves to be part of the big competitions,” said sophomore Ashlee Allen. “She’s also only a freshman. If she keeps the pace she is at now she will be breaking numerous records by the time she’s a senior. She is climbing the mountain and is going to reach the top.”

In the field events, Allen had another solid outing in discus despite the wind. Her best throw was within two feet of her season best, and she said the work she’s been putting in practice has been paying off. Fellow thrower Gracie Randol has also done well of late and is starting to approach state-qualifying tosses in the shot put.

“I personally love to grow and get as many throws in practice as I can and push myself to get the disc further out in the field,” Allen said. “My coach, Caitlynn Hiser, always says, ‘Build up the emotions and apply them to the ending result,’ and I live by that motivation.”

The girls finished sixth overall in the meet, ahead of 2A schools Rocky Mountain and Greybull.

The scores for the boys team were a little down in the jumping events, but times in the running events largely improved across the board. Dace Bennett, Sam Hollinger, Jack LaLonga, Tozai May and Dale McBride all hit new season bests, with Bennett and McBride falling just short of qualifying for state in the 100-meter dash. Distance runners Kalvin Erickson and Jason Moody were within 10 seconds of their season bests.

“Sprint work is always a focus of mine and we strive to improve week to week shooting for those qualifying marks so we can go into regionals relaxed,” said coach Ty Myers.

It seems to have worked. The sprinters shaved a second or more off their times in the 100 in the Powell meet the week prior despite the poor weather.

“I feel my time can still be faster,” Bennett said. “This week was my personal best, running an 11.99, and I feel that with the work I’ve been putting in at practice that the next couple of meets I will be able to be around 11.7.”

The boys finished fifth overall in the meet, ahead of 2A schools Greybull and Riverside.