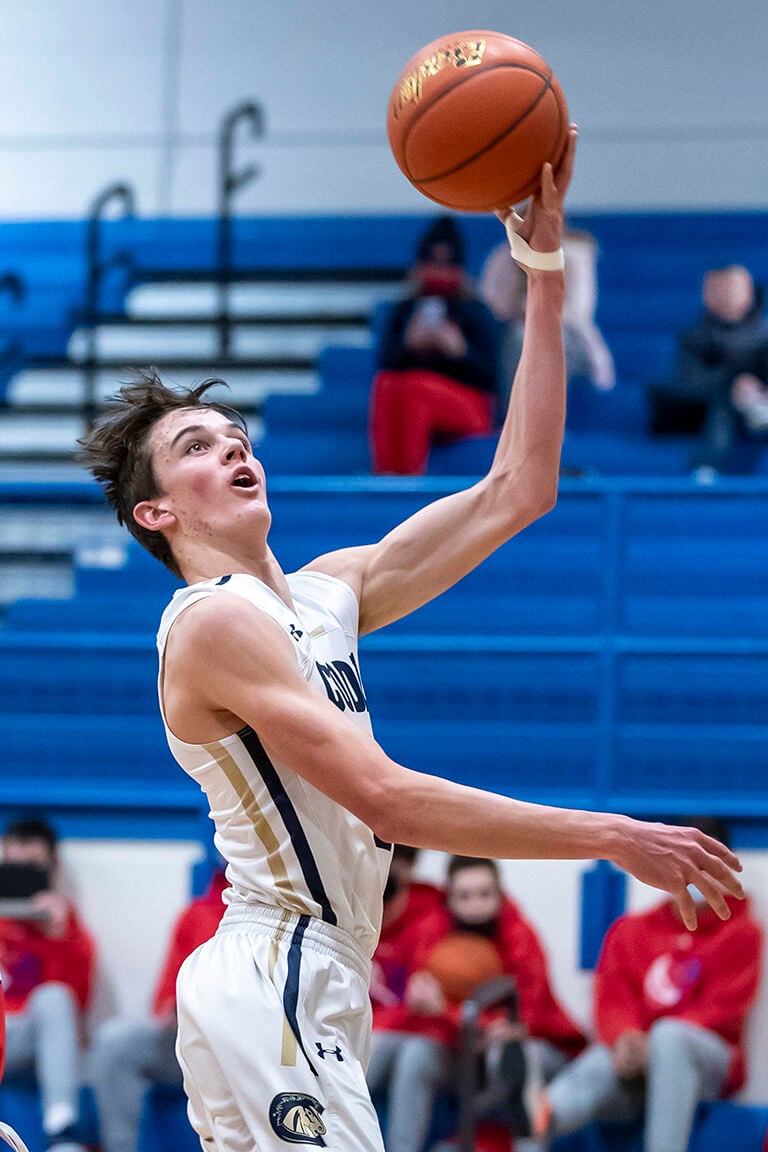 Luke Talich rises for a layup Friday against Evanston. 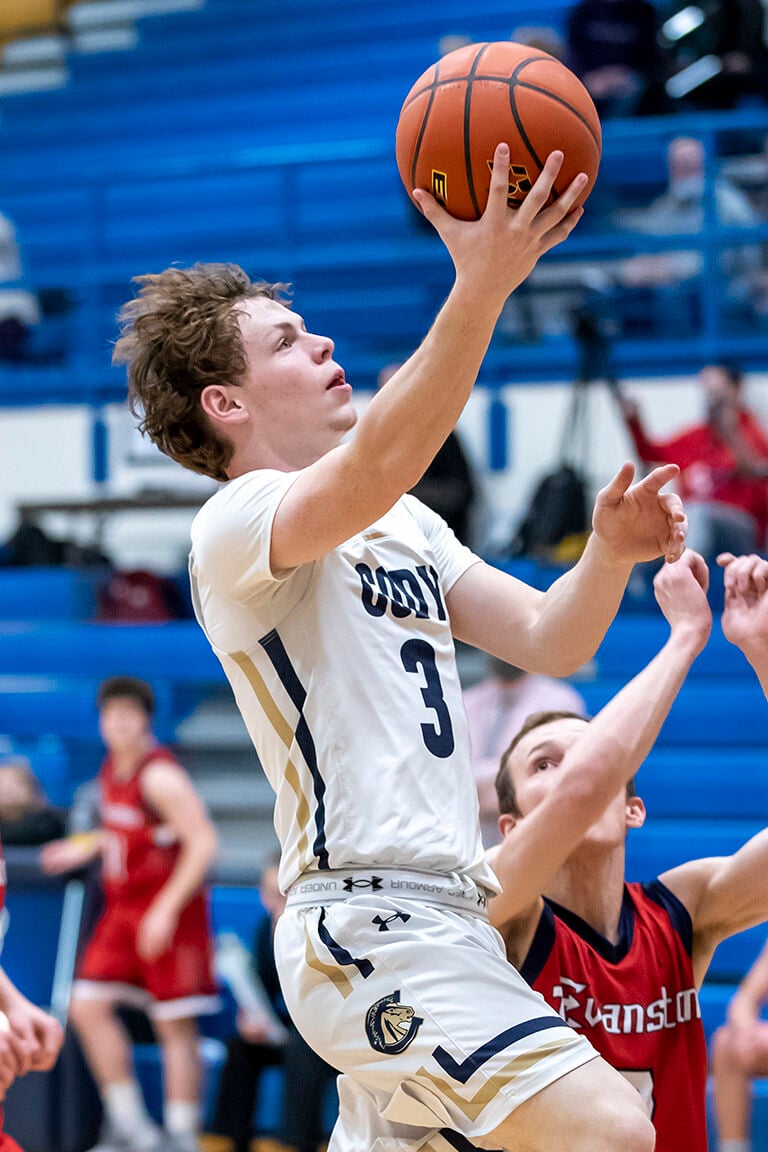 Cody Phillips goes for a layup Friday against Evanston.

Luke Talich rises for a layup Friday against Evanston.

Cody Phillips goes for a layup Friday against Evanston.

Despite being in control through three quarters, the Cody boys basketball team found itself on the losing end of a 55-48 game Friday against Evanston.

Cody (3-12, 1-2 4A Northwest) opened the game in complete control of the pace on offense for the first time this season. Operating confidently in the half court, the Broncs ran plays and worked the ball around against the Red Devils (6-7, 2-1 4A Southwest), getting to wherever they wanted on the court.

“We were communicating really well and trusting our teammates that they would make things happen,” senior Cody Phillips said. “We thought we could have made that game happen.”

On defense, they shut down the two Evanston bigs, not allowing even an offensive rebound until there was 3:30 left in the first half. The only thing the Broncs couldn’t seem to do was get the ball to drop. Cody struggled to convert its mid-range shots, while Evanston, when it could get a shot off, had no trouble hitting big threes.

“We play stretches of really good basketball, then we lose that momentum, we lose that confidence, we quit talking,” coach Jacob Kraft said. “We have a tough time locating some shots and they knock them down. Kids are trying, kids are working hard. It’s just unfortunate.”

With time running down in the first half, a frenetic possession that saw two turnovers ended with Cody senior Nic Talich getting a steal and finding fellow senior Tristan Dollard in the corner for three with 19 seconds left to go up 20-19.

The lead lasted exactly 19 seconds as Evanston raced back down the court and with a hand in his face, senior Burke Thomas buried a three at the buzzer.

Cody came out of the halftime break ready and it looked as if they had the game in hand, up seven with two minutes left in the third, but the Red Devils came storming back, with Thomas hitting a dagger three. As time expired in the third,  Cody clung to a one-point lead.

Evanston rode that momentum all through the fourth quarter, outscoring Cody 17-9 to take the win. Thomas finished with 25 points, including five made threes. Not to be outdone, the Bronc sophomore Luke Talich did everything he could to will his team to victory, tallying 23 points, five boards and a pair of blocks.

“He’s a crazy athlete,” Phillips said. “Just give him the ball and let him go to work. It’s really fun to watch him play and being his teammate.”

In the second game of a home back-to-back, Cody fell to Green River 60-43.

The game started the way it ended – as a tough, physical battle. Offense was hard to come by as both teams traded fouls. Neither team could find much of a rhythm, but the Wolves did start to find the beat in the second quarter, building a lead as high as 10 points.

Senior guard Tucker Lynn played a bigger role on offense than he has all season, notching 10 points in the first half. One of the best free throw shooters in 4A, Lynn went to the line six times in the first two quarters, coming up with six out of a possible 12 points.

“A lot of it was just passing from my teammates,” Lynn said. “I was getting a lot of backdoor cuts and they were just fouling on the shot. The refs were calling pretty light [Saturday], so that helped a little bit.”

Cody struggled to convert free throws in general in the first half, hitting just 50% of their shots at the foul line and went into the locker room at halftime down 29-22.

The Cody defense clamped down a bit more as the third quarter got underway, but Green River stopped fouling as often, keeping the Broncs off the line. The Wolves defense kept the pressure on as the Broncs struggled to convert shots in the second half.

“Right when we came out of halftime, we had a lot of energy and we got right back into the game, but then we kind of fell off a cliff a little bit,” Phillips said.

Cody scored a quick five points in the final frame, taking just 47 seconds off the clock. The run was short-lived and the Broncs offense petered out as the clock ran down.

“It’s just energy and enthusiasm,” Phillips said of the scoring spurt. “We came off the bench believing that we could win this game and I think that we could have made it happen.”

The Broncs travel to face Natrona on Friday before welcoming Rock Springs to Sweitzer Gym on Saturday at 5 p.m.

Tucker Lynn scored a season-best 13 points in the loss, providing a big offensive spark while Luke Talich was out with foul trouble.