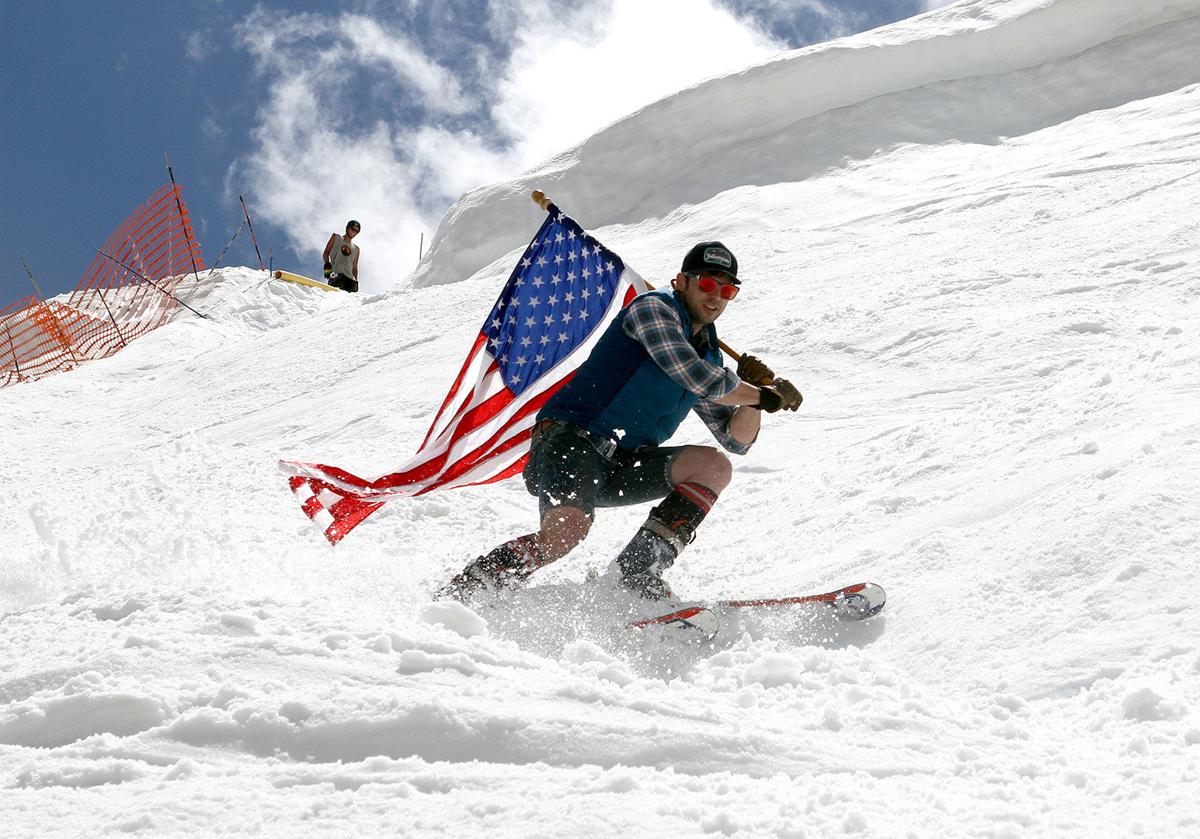 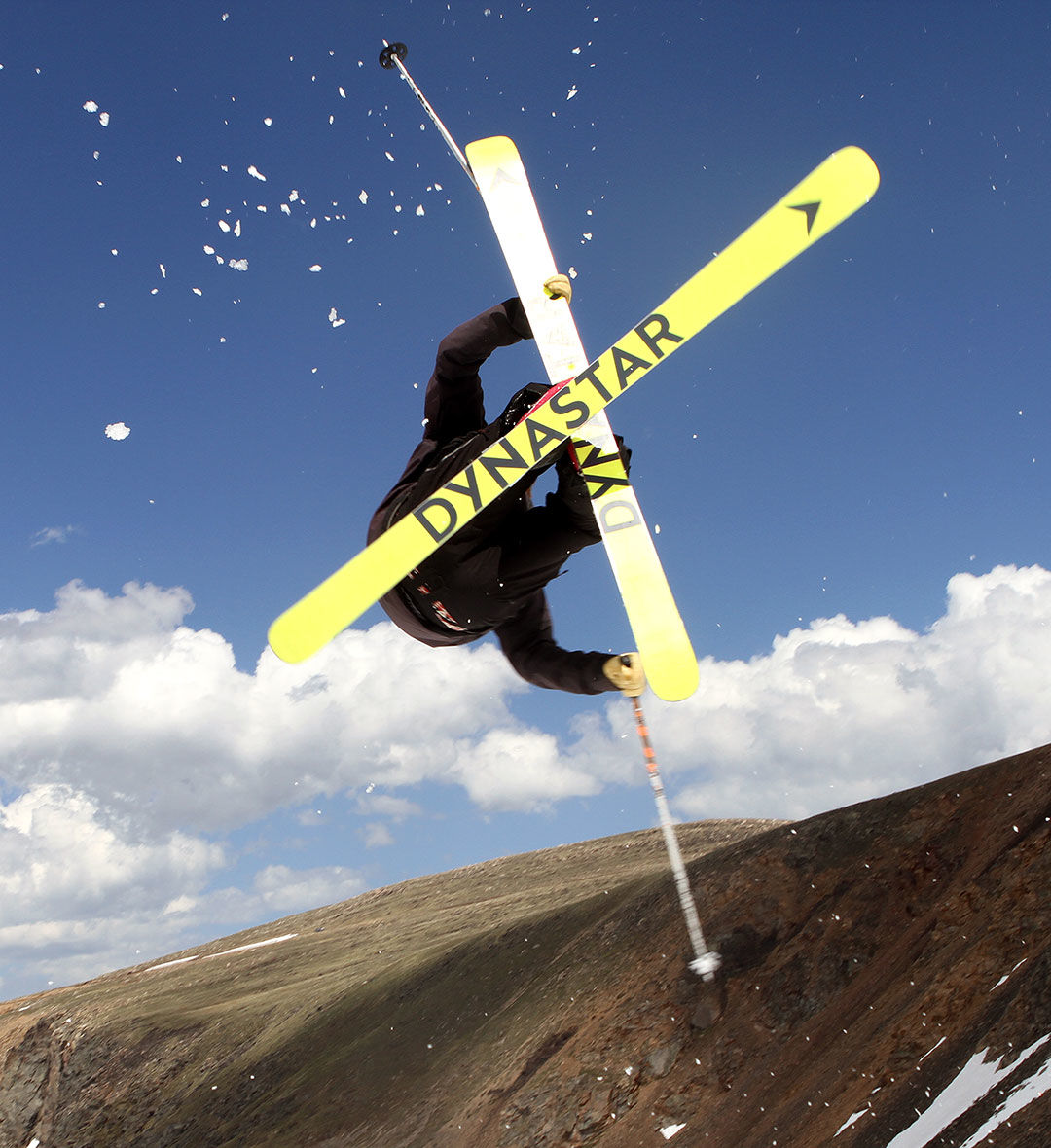 Beartooth Basin is far from the average ski area in many ways.

Located about 85 miles from Cody over Chief Joseph Highway and up the Beartooth Highway, but still in Park County, is one of the few ski areas in North America open during the summer months, and the lone mountain operating summers only. When most people are starting to dust off their bikes and dip into the water, the ski area is just starting to turn its surface lifts. On Monday, the Basin came alive for the 2020 summer season.

But the true adventure at the Basin really starts on the drive up to the mountain.

After going through switchback after switchback on the Beartooth Highway, the valley starts to open up before your eyes, with high alpine lakes and snow-capped peaks dotting the horizon in every direction. It’s not long before cascading waterfalls and thick timber soon give way to wide-open emerald alpine steppe, and the Basin enters into view.

There are no lodge or any permanent buildings. Lift tickets and other concessions are sold out of a motorhome parked in the gravel parking lot. If you’re looking for ski-in-ski-out lodging, the joke’s on you.

The untamed, wild nature of the Basin is what draws in diehard snow enthusiasts. A cornice-drop entrance known as the Twin Lakes Headwall, extending over the entire horizontal top face of the mountain like a protruding lip, serves as a mandatory high dive into the deep-end for all who dare swimming among the snow sharks.

Instead of high-speed quads, two poma lifts quickly usher skiers and snowboarders to the top.

“Just such a unique area,” said professional skier Sander Hadley of Idaho. “Number one, the natural beauty and then number two, how awesome it is with these two poma lifts, and everyone’s so friendly.”

The operation is bare-bones to say the least and a far cry from the current age of corporate ski conglomerates.

“It keeps the love of skiing there and not the corporation,” said Lexi Wright, a Bozeman, Mont., resident and ski coach.

Formally known as Red Lodge International Summer Racing Camp, with private operations dating back to the 1960s, the Basin is one of North America’s oldest alpine skiing training areas. The mountain opened to the public for the first time in 2003 and in 2011, Austin Hart and a driven group of Red Lodge locals came together to buy it.

“We’re not rich dudes, we’re just trying to keep it alive,” the self-proclaimed ski bum Hart said, amid chattering lifts and gears clunkily spinning by. “If I wanted to get rich, it wouldn’t be doing the ski industry.”

Just as Basin staff were starting to gear up for their season last May, disaster struck. A 30-year-old lift gearbox broke down on the mountain’s top lift. The cost to fix it: more than $30,000.

With the season soon approaching and a lack of funds staring the mountain head-on, Hart started a GoFundMe fundraiser. The public answered as 251 people quickly came together to raise $20,900, ensuring the Basin would open again without any outside help. If they hadn’t come through, Hart said he would’ve had to take out a loan and use his house as collateral.

“I don’t make money at all doing this so those are the decisions that make this operation really tough,” he said.

As soon as staff could order the multi-ton gearbox and haul it up the pass, the piece of equipment was rebuilt and fixed with a new motor.

Opening date was pushed back two weeks but most importantly, it happened. The Forest Service has a low acceptance policy for maintaining man-made structures and if the ski area had sat dormant for 2-3 years, it’s possible it would’ve been prevented from firing back up.

Tales from the trails

Hadley and fellow pro skier Karl Fostvedt spent the better part of last summer building and maintaining the Basin terrain park. The two have been riding the Basin for years and little discussion was needed between the pair as to whether they will continue their annual summer pilgrimage up the pass in search of snow.

“It’s kind of how crazy how hard it is to keep it running because it seems like it’s such a little gem out there, you’d think there would be 100 people in the lift line,” Fostvedt said.

But there aren’t, and that’s what makes the Basin special.

The Basin makes the vast majority of its revenue renting out small sections of the mountain to mogul and race camps. For these groups, the mountain is a discount when compared to higher-profile places like Mt. Hood and Whistler, and those savings are passed on to young athletes trying to participate in a sport that has become increasingly expensive.

“Because of the mountain, the economics of getting here – all of that fits into the lessening of costs,” said Kagan Pilsbury, a coach with AdvantEdge Ski Camps of Massachusetts.

But due to those early season delays, the Basin lost some camp revenue, which is why the mountain still needs help in its mission to keep the spirit of skiing alive.

“My goal is to see it survive so generations of young kids can come up,” Hart said.

To donate to the Basin, visit gofundme.com/f/beartooth-basin-uphill-battle.

There will be a number of social distancing and sanitizing regulations enforced at Beartooth Basin this summer.

Only 80 lift tickets will be sold per day (excluding season pass holders and training teams).

Tickets will be available for purchase online until 9 p.m. the night before the use date, and day-of purchases are not guaranteed.

Face covering, gloves and eyewear must be worn in all congested areas

Appropriate social distancing of six feet or more must be maintained between visitors from outside your group.

Do not attend if you are sick or have had recent exposure to COVID-19.

Bathrooms will be bleached and sanitized every hour of operation.

Absolutely no discussions on politics or negative discourse with strangers will be permitted.

Those who are riding recklessly will be asked to leave for the day to reduce the risk of putting more stress on the health care system.