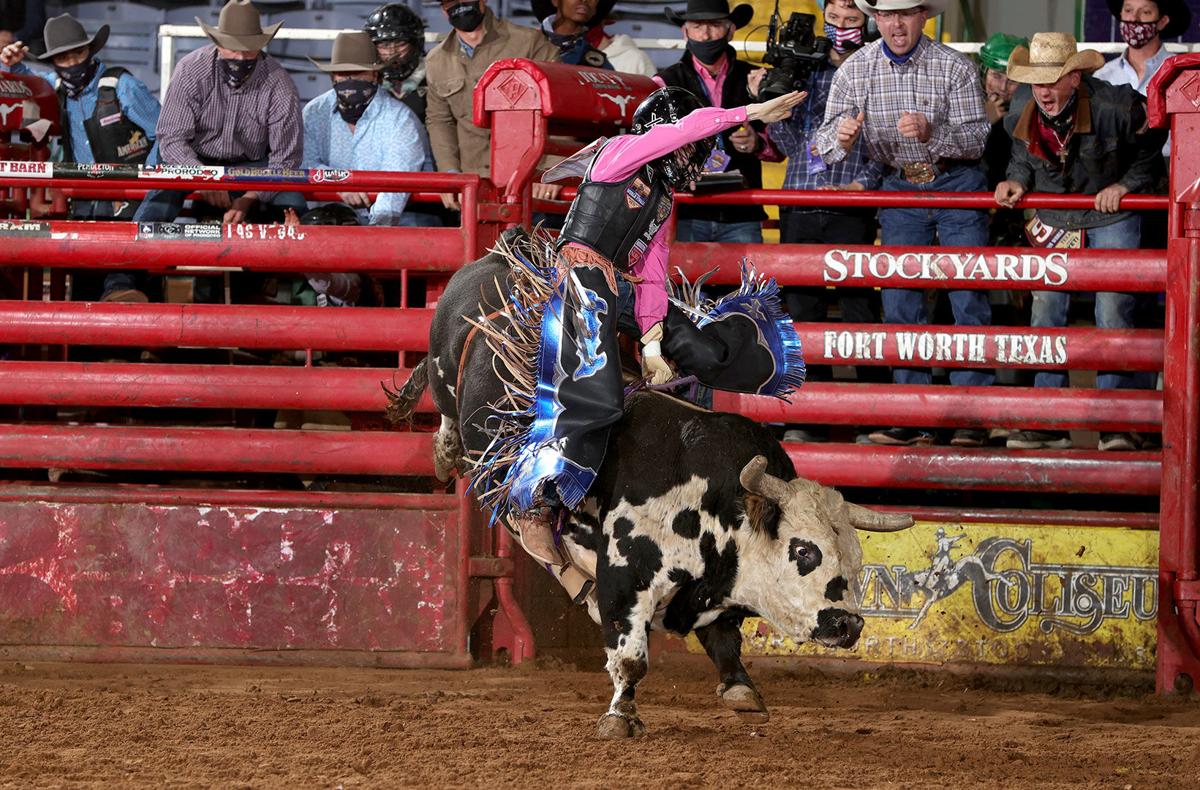 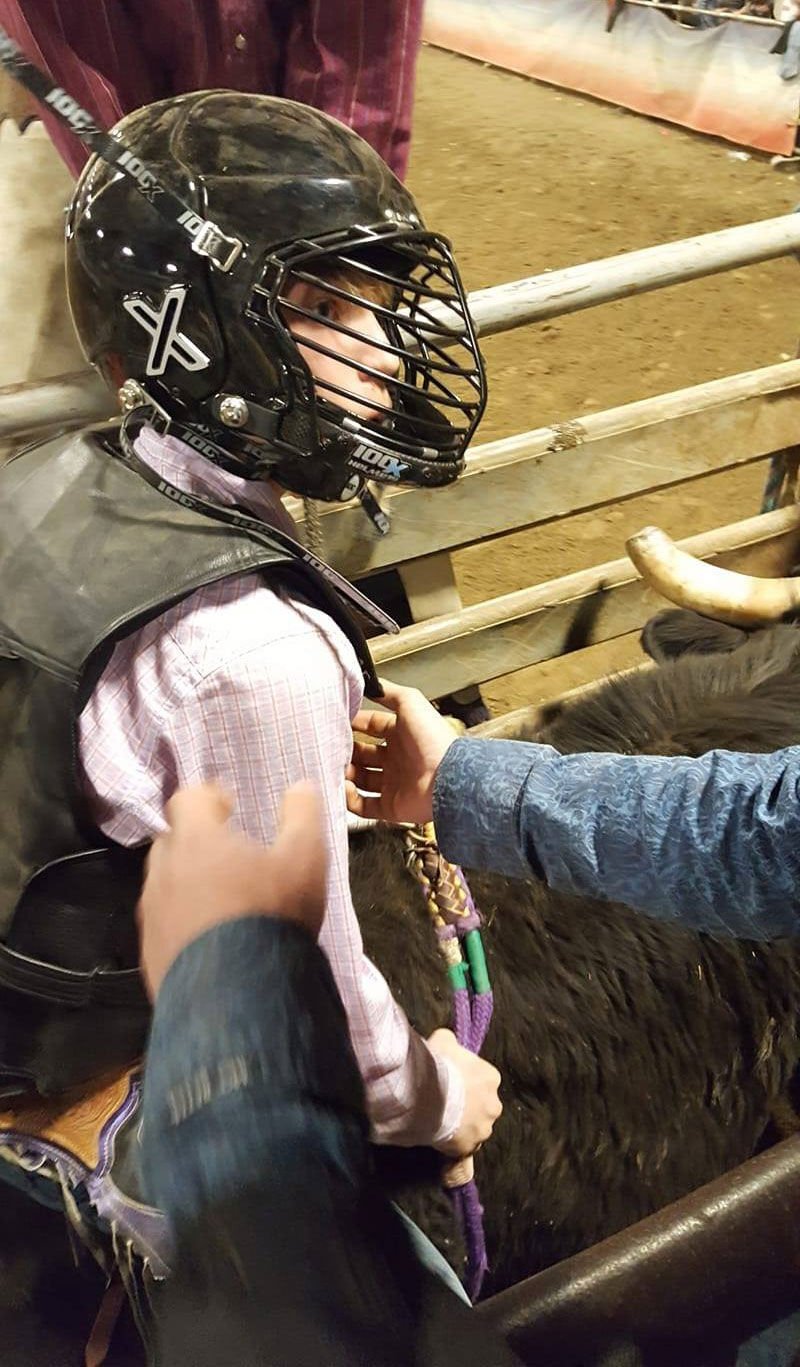 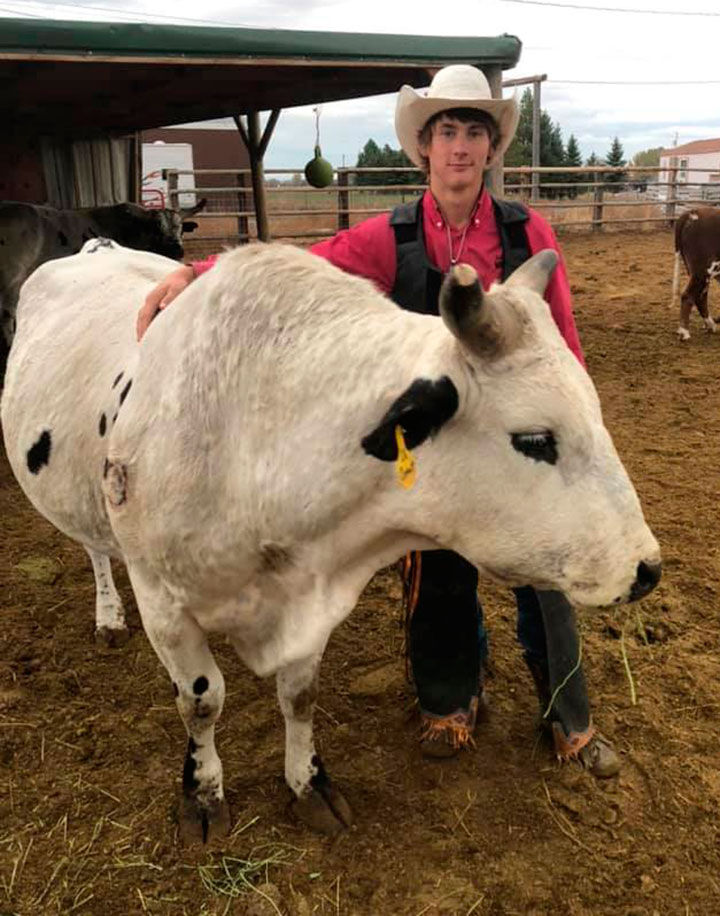 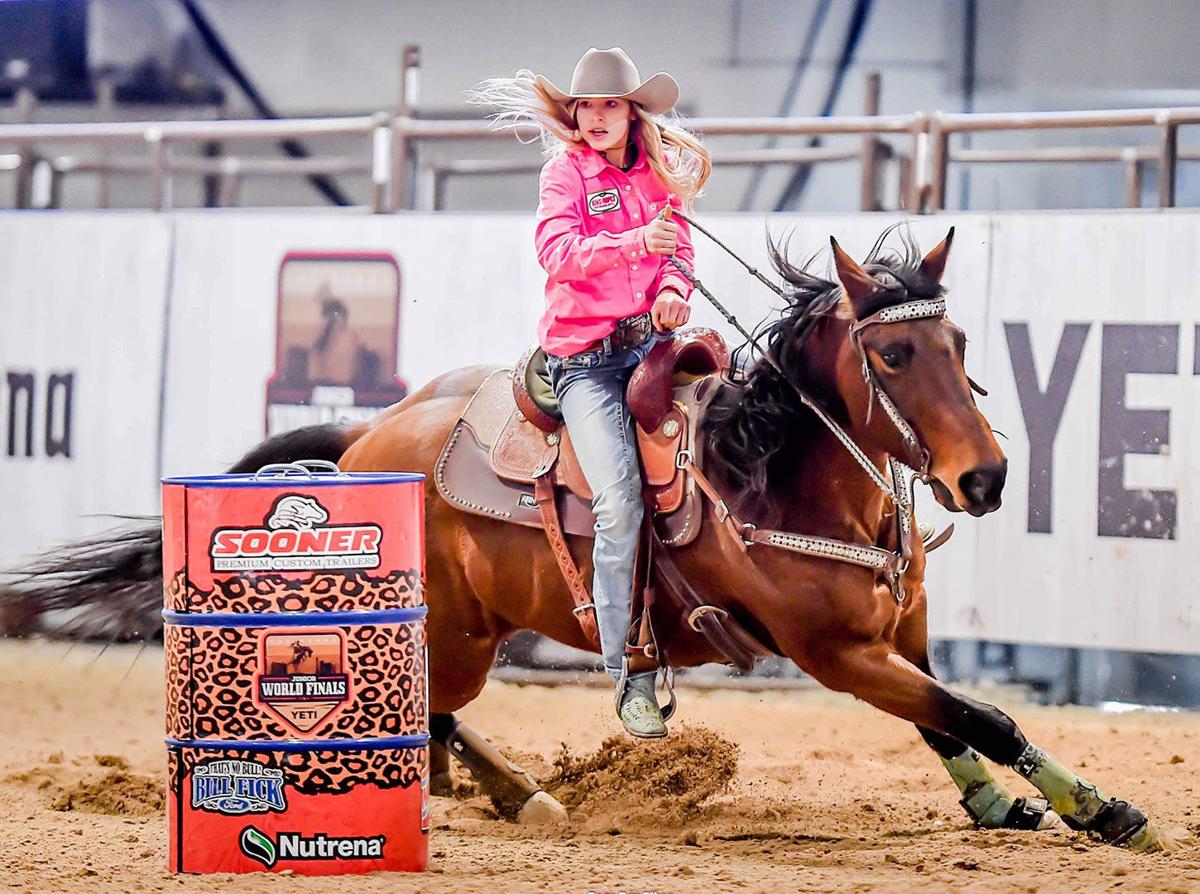 December is the month of championship rodeo, no matter what the age group.

While the National Finals Rodeo was going on in Arlington, Texas, the young guns went to nearby Fort Worth for the Junior World Finals Rodeo.

Four Cody and Powell locals, who spent much of the summer at the Cody Nite Rodeo, had the opportunity to head down to the historic Fort Worth Stockyards and compete for a golden buckle – Owen Monfeldt of Cody and Kyle Cheney, Garrett Linebaugh and Cathryn Vineyard of Powell.

“It was a pretty good experience, a lot of fun,” Owen Monfeldt said. “They had really good bulls.”

At 13 years old, Monfeldt has already been riding steers and bulls for three years. He trained over the summer with Cody Custer, a multiple world champion bull rider who conducted a class at Stampede Park. Monfeldt has also worked with Powell-area National Finals Rodeo qulaifier Kanin Asay. That experience, training and the support from his parents helped Monfeldt nab a fifth-place finish at Junior Worlds, something he’s “okay” but not totally happy with.

A fifth-place finish at Junior Worlds wasn’t what the Cody Nite Rodeo Finals champion was hoping for, but he isn’t holding a grudge. Powell’s Kyle Cheney was bucked at the last moment – the judge marked his ride at 7.8 seconds – and he’s using that for motivation.

Cheney has bulls of his own he practices on and contracts out to high school rodeos. He’s constantly working to get better and isn’t one to get caught up in celebration from good rides or where he placed on the day.

“I don’t like to celebrate particularly because there’s always that one kid that’s working harder than you and if you celebrate too much you lose track of focus,” he said. “I always thought that if you gotta do it, you gotta do it good.”

Garrett Linebaugh didn’t start riding rough stock until June of this year. He gives the Cody Nite Rodeo a lot of credit for getting him ready to compete with the best in the world.

“Cody Nite got me riding so good,” he said. “I rode every Monday through Friday, as much as Nikki [Tate] would let me.”

The now-12-year-old parlayed that experience into wins in his age group at the Cowley and Ten Sleep rodeos and got a good enough draw in Thermopolis to push him over the edge to represent the state in Texas.

His family also played a big role in it. They made their own bucking chute for him to practice in, got a bucking machine and worked with Asay. Linebaugh said it was all about building up muscle memory.

Linebaugh’s runs didn’t end as he’d hoped. On the first ride, nerves took over and he got bucked. He felt better on the second ride, but got thrown into a backflip and landed on his hands and knees.

“You go from riding old Angus steers to riding a full-grown bull and it’s a lot different,” he said.

Cathryn Vineyard made her second appearance at Junior Worlds. The roper and rider qualified in barrel racing. Home schooling because of the coronavirus, the 13-year-old is in Arizona for the winter but made the trip to Texas for the competition. Her runs didn’t go quite the way she had hoped – a hit barrel in the first round and a solid second-round run that wasn’t quite fast enough – but she still valued the experience.

“Now after experiencing that in big rodeos and barrel racing, it’s not so intimidating,” Vineyard said. “It’s not as big of a deal if I didn’t go and was older.”

“Last year in Vegas, it was a lot of big lights, but in Texas, it seemed a little more welcoming for rodeo kids,” she said. “I feel like in Texas a lot more people rodeo.”

Vineyard didn’t qualify for the final round, but now she’s back in Arizona, working on her roping skills and doing her schooling.