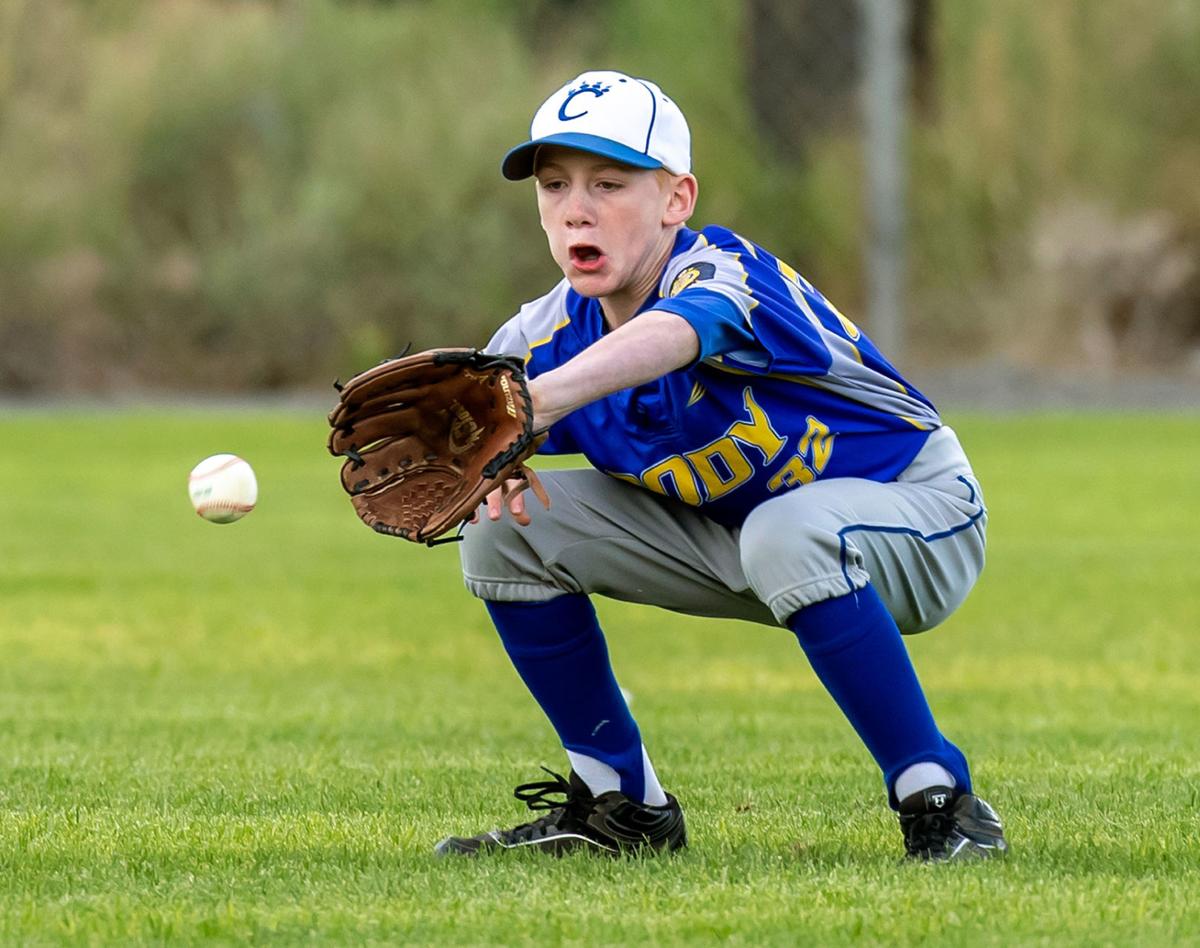 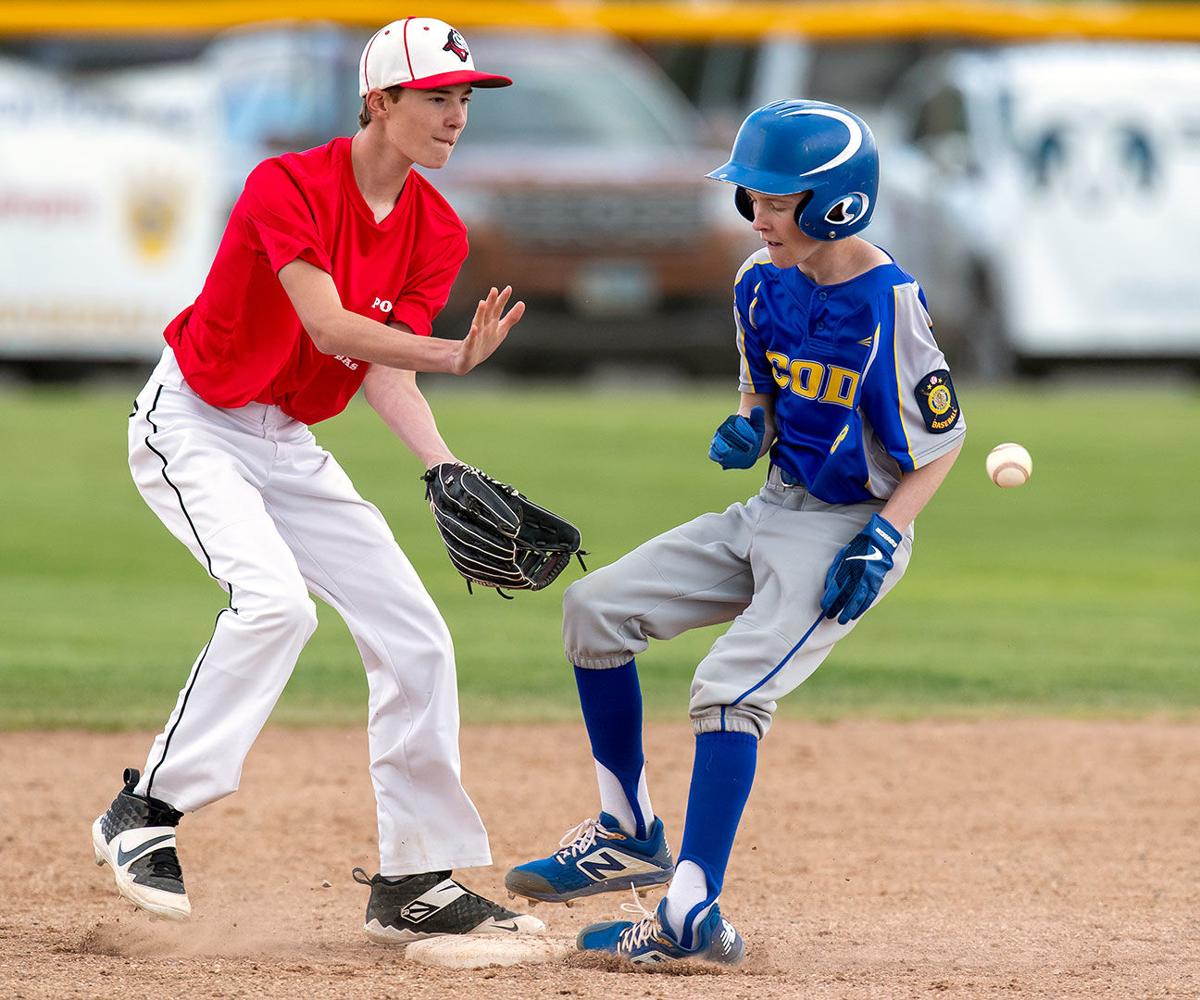 Jayvin McAlmond is safe on second base during the Cody C team’s games last week against Lovell.

Jayvin McAlmond is safe on second base during the Cody C team’s games last week against Lovell.

The Cody Legion C team picked up its second win of the season in Powell recently and is now 2-11 overall.

“They are showing improvement every time they touch the field,” coach Connor McLeod said. “This is a completely different team than it was the first week of the year.”

Cody picked up its second win of the season June 10 in Powell, winning 12-1.

“I think our team played well,” McLeod said. “We hit the ball great and our defense was sound. They were two very well played games against our conference rivals.”

At the plate, Fowler went 2-3, and Ungrund, William Duke, Bailey and Ortega went 2-4.

Ty Peterson earned the win, giving up one run on three hits through 4 2/3 innings. Bailey went 1 1/3 innings and allowed one hit.

The second game was close most of the way, but Powell pulled away late for the win.

Cody scored one run in the second, third and fifth innings, and two in the fourth.

Cody watched the game slip away early and couldn’t recover in a 9-0 loss to the Sidewinders on June 12.

“We had a hard time throwing strikes and making plays defensively,” McLeod said. “But the Sidewinders are a very strong and experienced team.”

The Sidewinders scored in every inning on the way to a 10-run-rule win.

Cody had one hit, with Ungrund going 1-2.

The Sidewinders scored 15 runs on eight walks and six hits in the first. They also benefitted from two dropped third strikes to reach base.

At the plate Ungrund and McAlmond went 1-1.

Townsend Bailey pitched 1/3 of an inning and allowed no runs or hits.

“I told our boys that we have to stay in the game mentally,” McLeod said. “It can be hard to stay focused during those long innings, and losing focus makes those innings last even longer.”

Cody took a 3-0 lead in the first on two errors, a walk and two ground outs.

They added a run in the third.