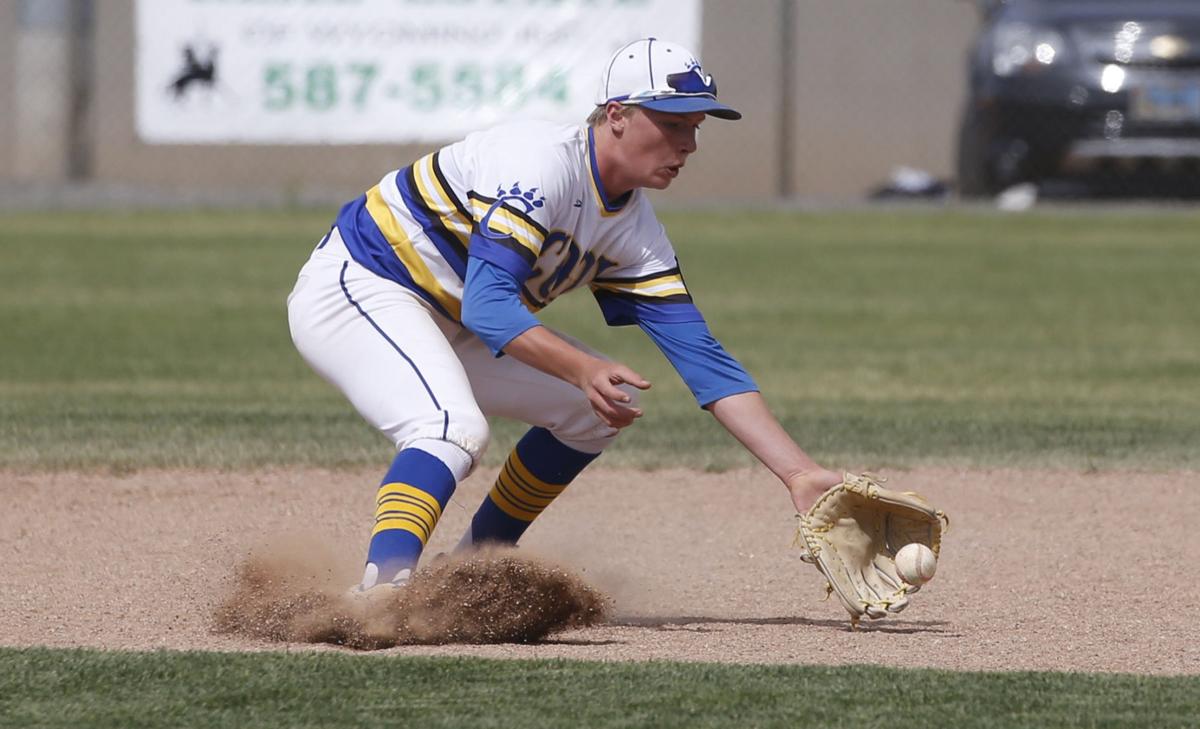 Grady McCarten fields the ball at second base. 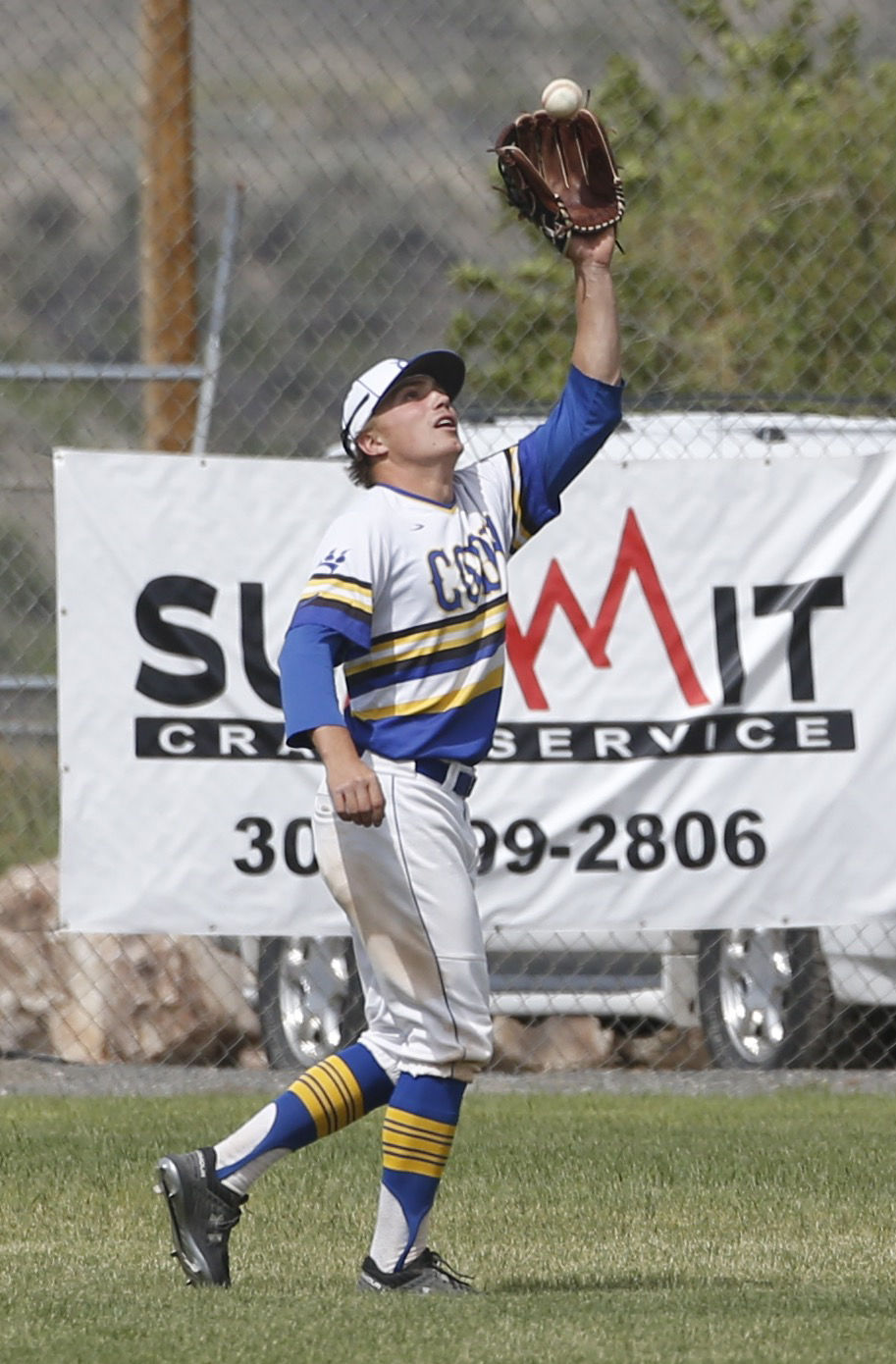 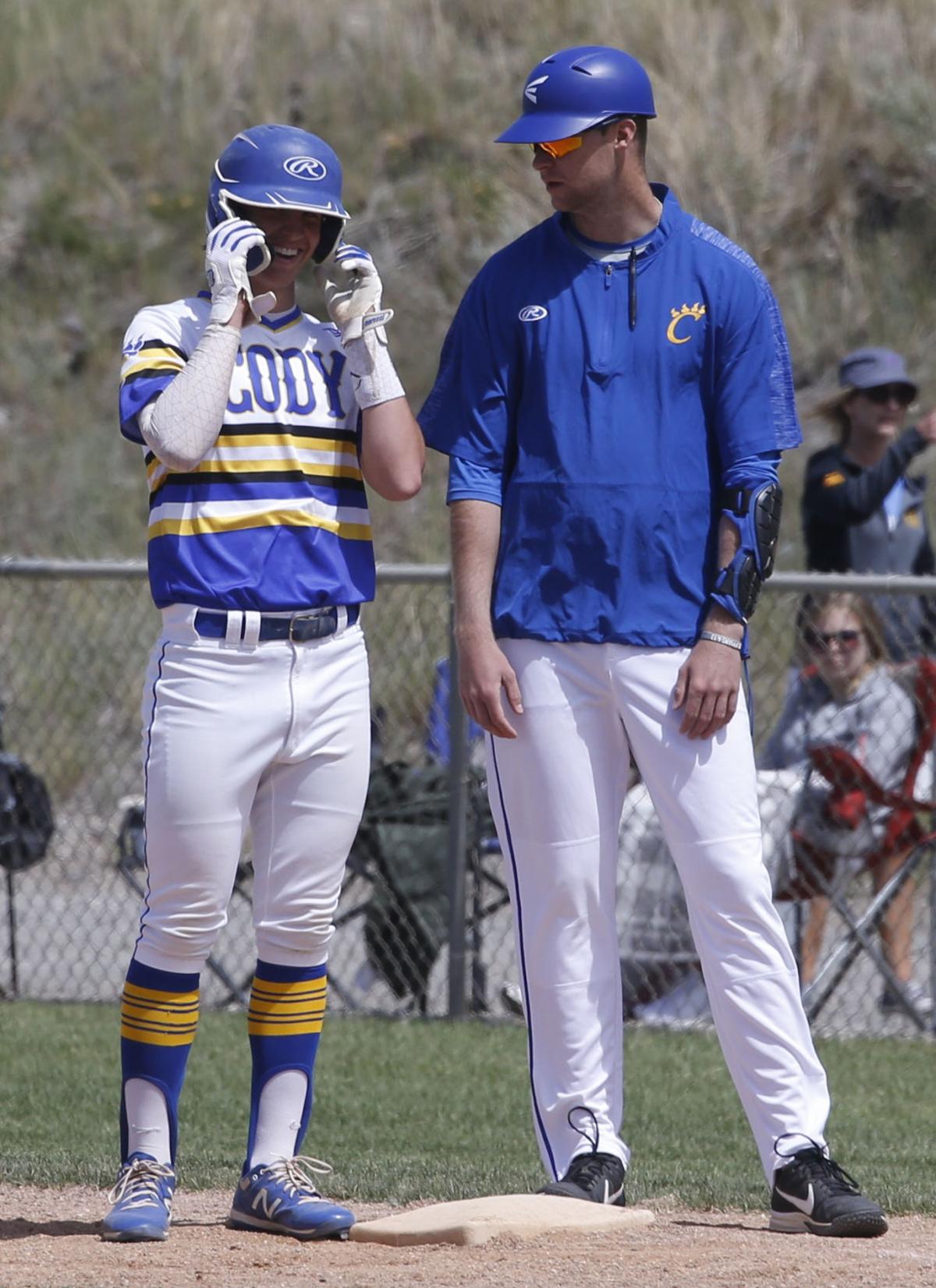 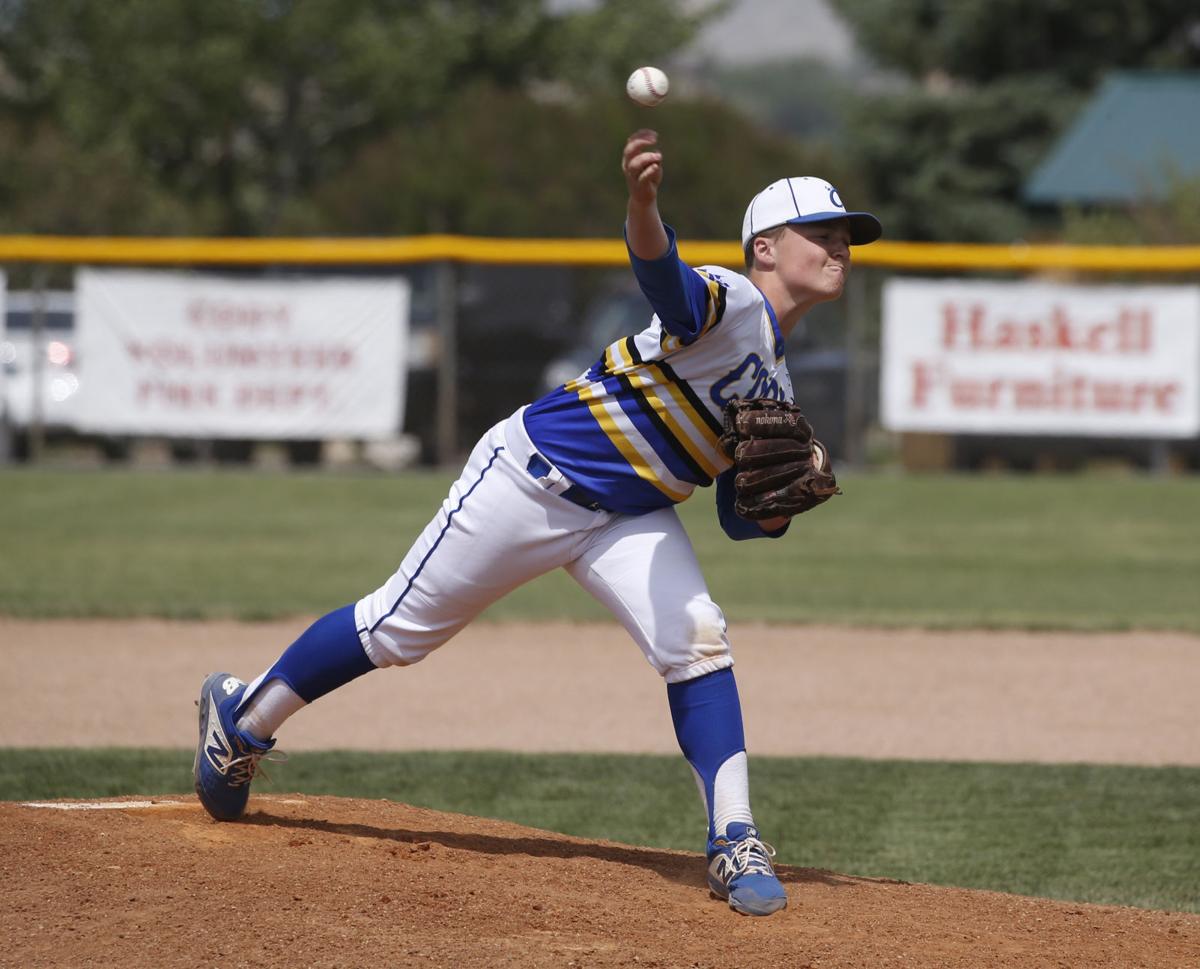 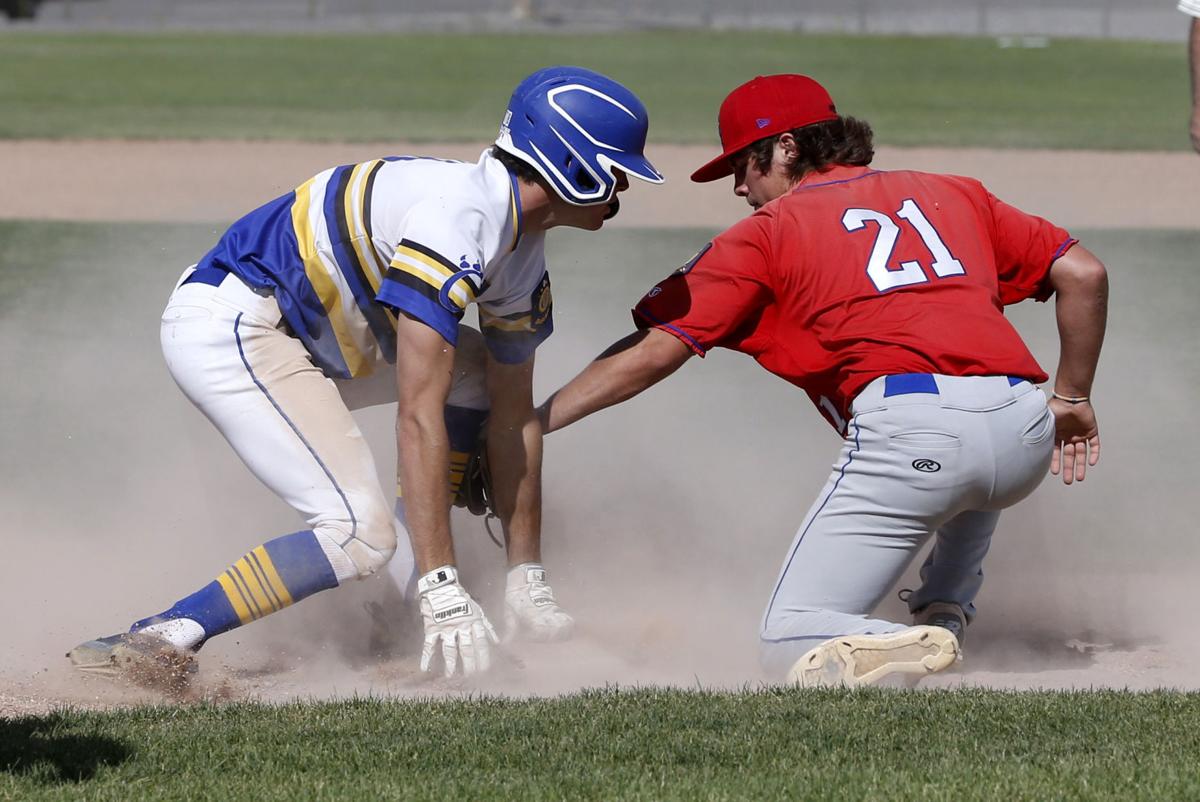 Tristan Blatt is safe at third base. 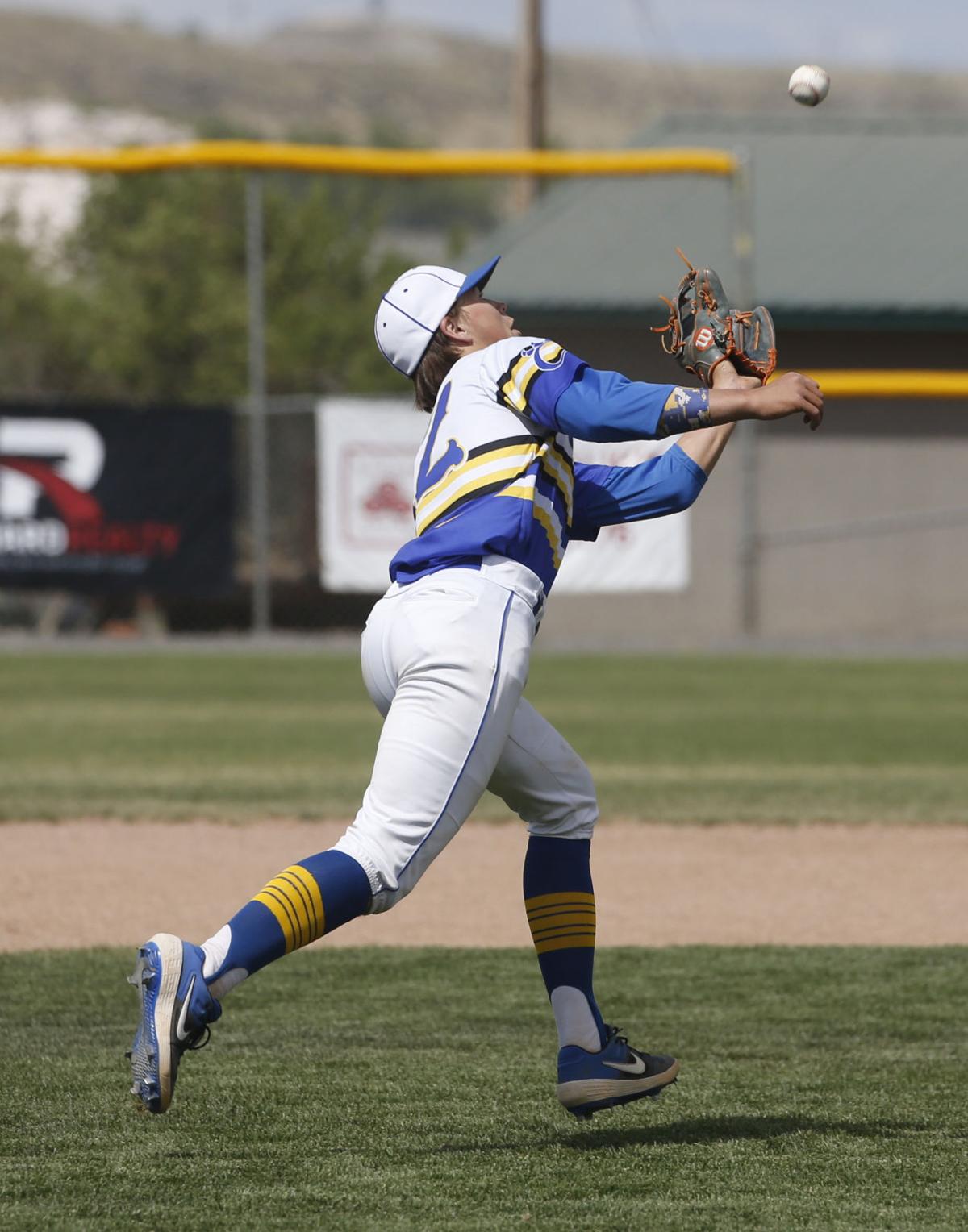 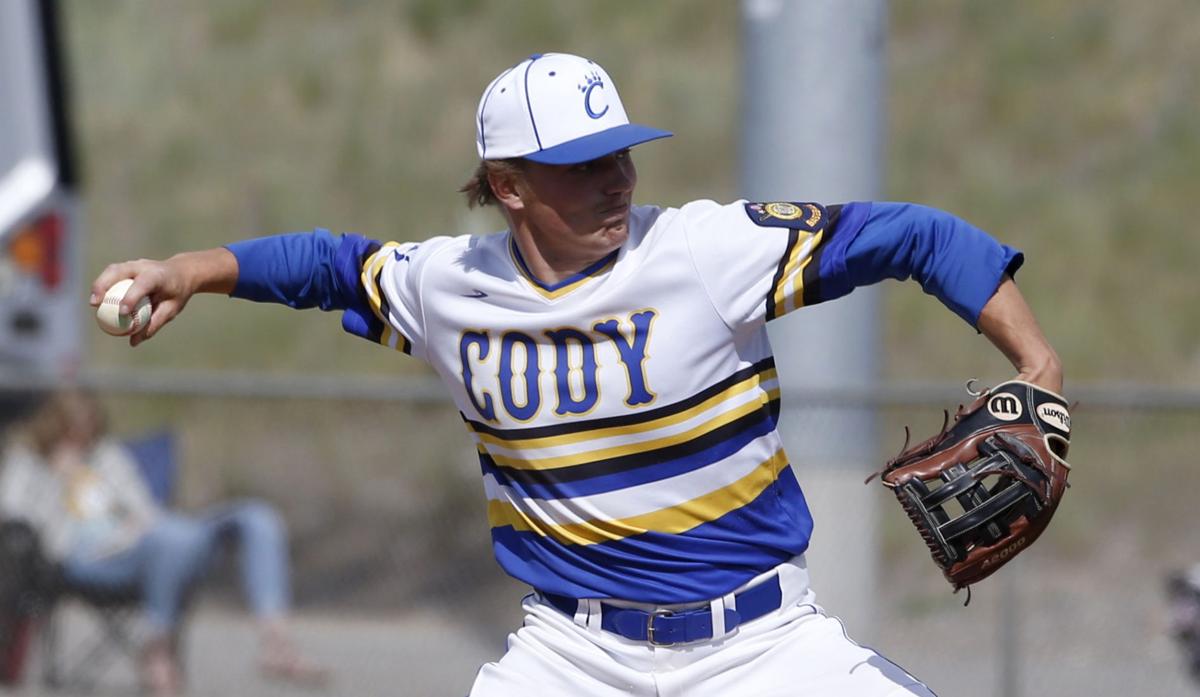 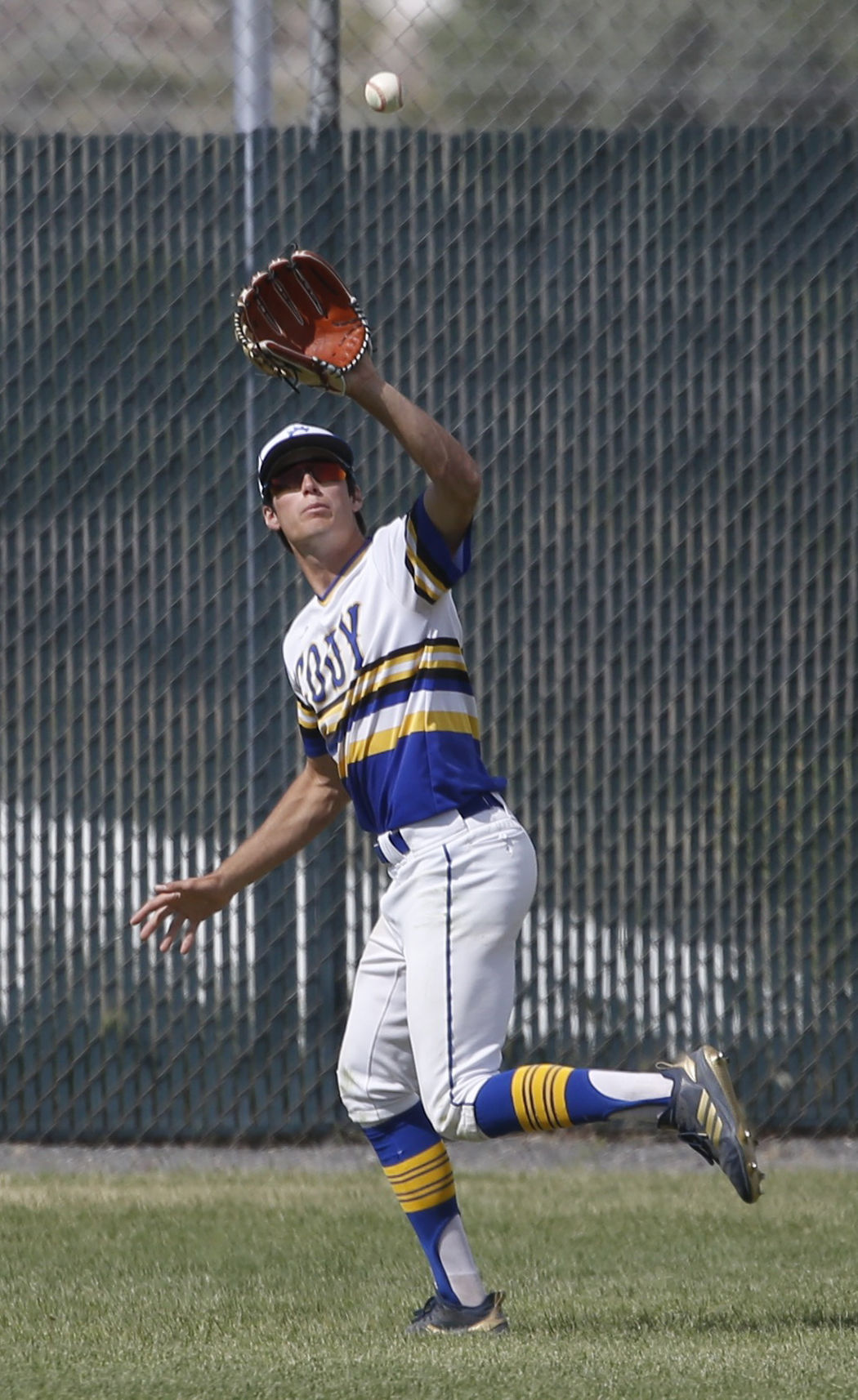 Grady McCarten fields the ball at second base.

Tristan Blatt is safe at third base.

The Cody Legion baseball team hasn’t been able to settle in on the diamond.

During the weekend the Cubs went 0-4 and are now 4-9 overall.

“It’s been a rough little stretch,” coach Bart Grenz said. “I hope we find the ‘it’ to turn this around. We’re close but just can’t seem to get things going our way.”

The Troopers only had two more hits than the Cubs in the first game, but they did a better job of making theirs count and won in 5 innings.

Sheridan scored three runs in the first but Cody answered in the bottom of the inning. Jared and Tyler Grenz hit back-to-back singles and Tristan Blatt blasted his second home run of the year to center to tie the game.

The Troopers continued to swing the bat in the second, scoring five on three singles, a double and a two-run home run to center.

Cody scored one in the second after a triple by Ethan Johnston and single by Jared Grenz.

Sheridan added a run in the third and then Cody scored on a double by Blatt and single by Hayden Bronnenberg to make it 9-5.

In the fourth, Sheridan added a three-run homer to go up 12-5 and scored four more in the fifth, which included a double and triple.

Cody mounted a late comeback with four runs in the final inning but it wasn’t enough.

In the seventh, the Cubs loaded the bases on a walk and two hit batters. Tyler Grenz then hit a run-scoring single. Another run scored on a walk, two more on a single by Blatt and the final on a sac fly by Schroeder.

Cody took a 1-0 lead to start the game, scoring one run on a walk, double by Jared Grenz and a sac fly.

Five hits for Sheridan in the second scored four runs to put the Troopers ahead. They added another in the third on a solo home run, and then were quiet until the sixth inning when back-to-back walks, two singles, another walk and an error scored three runs. The final of the inning came on a passed ball.

“We need to come in with a chip on our shoulders,” Jared Grenz said. “We need to play sharper, making the routine plays and limiting errors.”

Jared Grenz pitched 2 innings and allowed no runs or hits. He came in with bases loaded and no outs in the sixth.

“Everyone’s a little nervous coming in in a situation like that but you also want to be the one to help out the team,” he said.