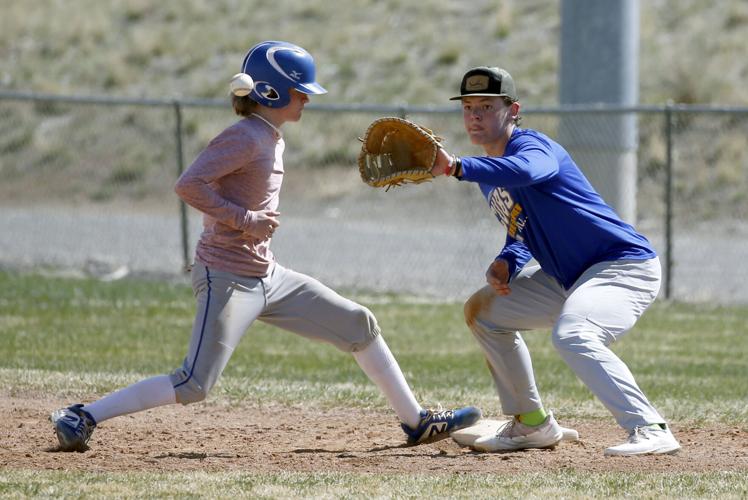 Dominic Phillips (right) tries to pick off Jayvin McAlmond at first base on Saturday during Legion baseball practice. 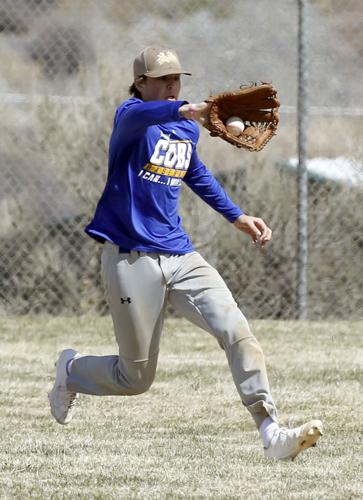 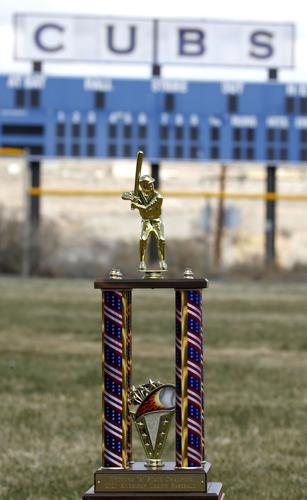 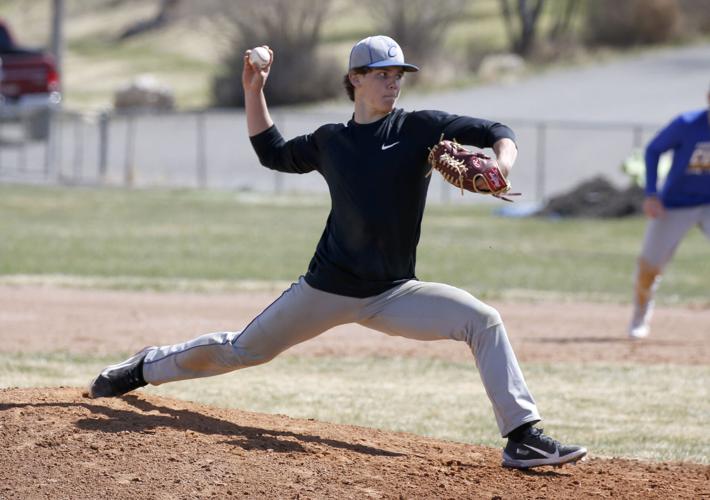 Dominic Phillips (right) tries to pick off Jayvin McAlmond at first base on Saturday during Legion baseball practice.

The Cody Legion baseball team may be coming off back-to-back state A Legion championships and six in its last eight seasons, but that doesn’t mean this year’s squad is heading into the summer certain there is going to be another first-place trophy.

“Something new this year is we haven’t had our leaders that we’ve always had,” junior Dominic Phillips said. “A lot of us are going to have to step up from last year and be leaders.”

Phillips will help lead a young Cubs team that will look to start a new championship chapter in Cubs history after going 43-15 last season.

“We’re going to be young this year, but these are salty kids,” junior Jack Schroeder said. “They are out here working their tails off.”

Heading into their first match-up of the season against Casper on the road Saturday, the young Cubs don’t appear to be a club lacking much experience or talent.

“I think one of our strengths is we are young and hungry,” coach Bart Grenz said. “I think a lot of these kids have waited for their shot at the A level and to be the man or take on an important role at this level. I hope that pays off for us well when we get to the end of the season.”

The Cubs lost six starters from last season but return nine who saw varsity experience. Along with Shroeder and Phillips, Trey Thomasson, Wyatt Carlson and Trey Schroeder all played in 40 or more games for the Cubs, while Ben Reinker, Ty Peterson and Jace Jarrett saw time as well.

Grenz will be assisted by Beau White and Andy Schroeder at the A level, with former Cubs Connor McLeod coaching the B team and Ethan Johnston and Devyn Engdahl the C program.

Relying on that youth may come as a challenge, but the results on the field so far have spoken volumes about what is to come this season.

“We have some kids that can really stroke the ball,” Schroeder said. “Last week we had a scrimmage and had some really well hit balls which was nice to see.”

Aside from the production at the plate, plenty of young talent will get their shot on the mound as well this year, and as the Cubs head into state tournament time, the rotation should have plenty of experience.

“We’re looking to run a lot of guys out to the mound,” Grenz said. “Hopefully we throw 10 guys before mid-May. We have to get them to believe in themselves and throw some strikes. We’ve got to get strike one as soon as we can.”

So far, it appears the belief is there, and by the time the first pitch on Saturday is thrown, a young team will have grown up in just a short time this spring, forming bonds that should translate well as the season wears on.

“In my opinion, baseball is the most difficult sport, or definitely one of the most difficult,” Phillips said. “We just need to play within ourselves and try not to do too much. Other teams have already gotten some games in, but we have somewhat of a good idea already of how they play because we’ve played them quite a bit, but you never know.”

By the time the Cubs host their first home series against Riverton on May 31, the young team will have plenty of experience with match-ups against Casper, Rock Springs, Jackson, Gallatin Valley, Mont., and Powell in a short period of time.

“Right now, I don’t know what kind of team we are going to be, but hopefully by the end of the year we are right in the mix of things,” Grenz said. “We’ll have some growing pains and learn from those, but it will build confidence. We have some quality kids, but we are always looking for others to step up and do a great job at their roles, stay within themselves and try to come out every day and meet expectations.”

Along with a busy slate of double headers, Cody will host three tournaments during the season, with the annual Cody Wood Bat Tourney in June, the Cody Tourney in early July and the A State Champions on July 25-29.