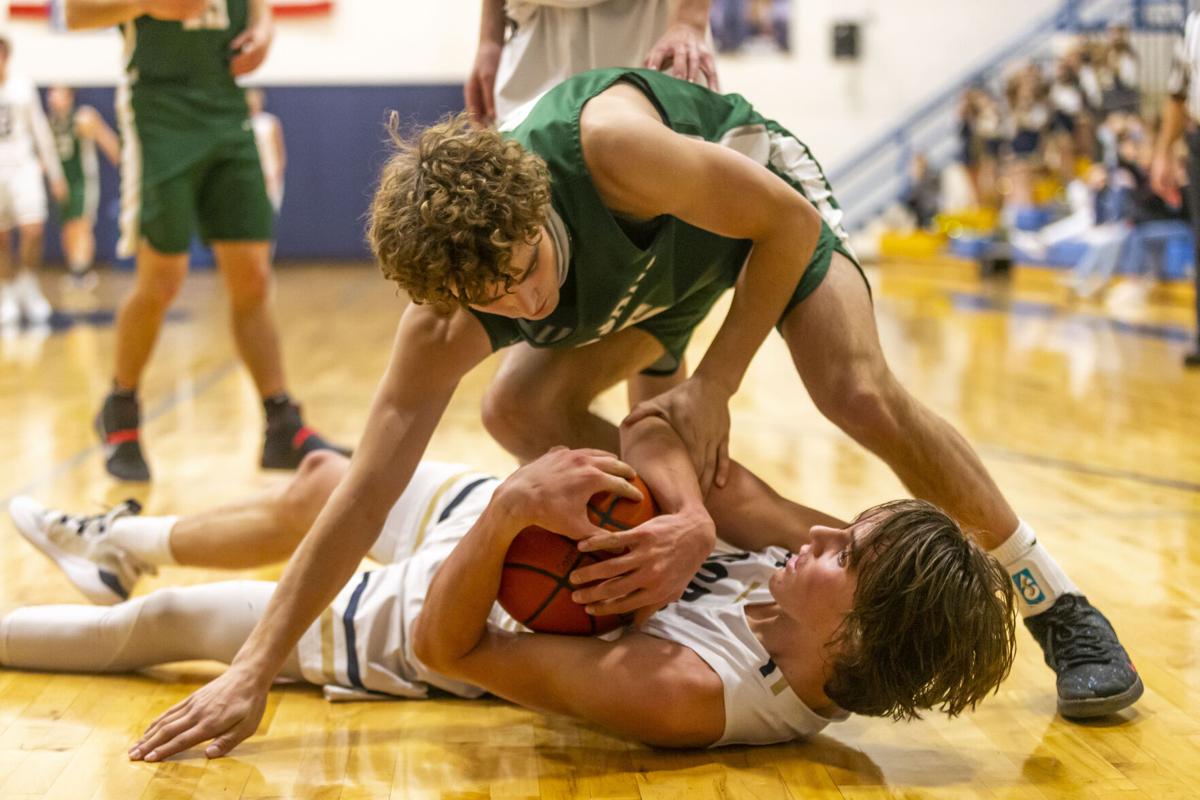 Luke Talich fights for the ball with a Kelly Walsh defender on Friday, January 15th. 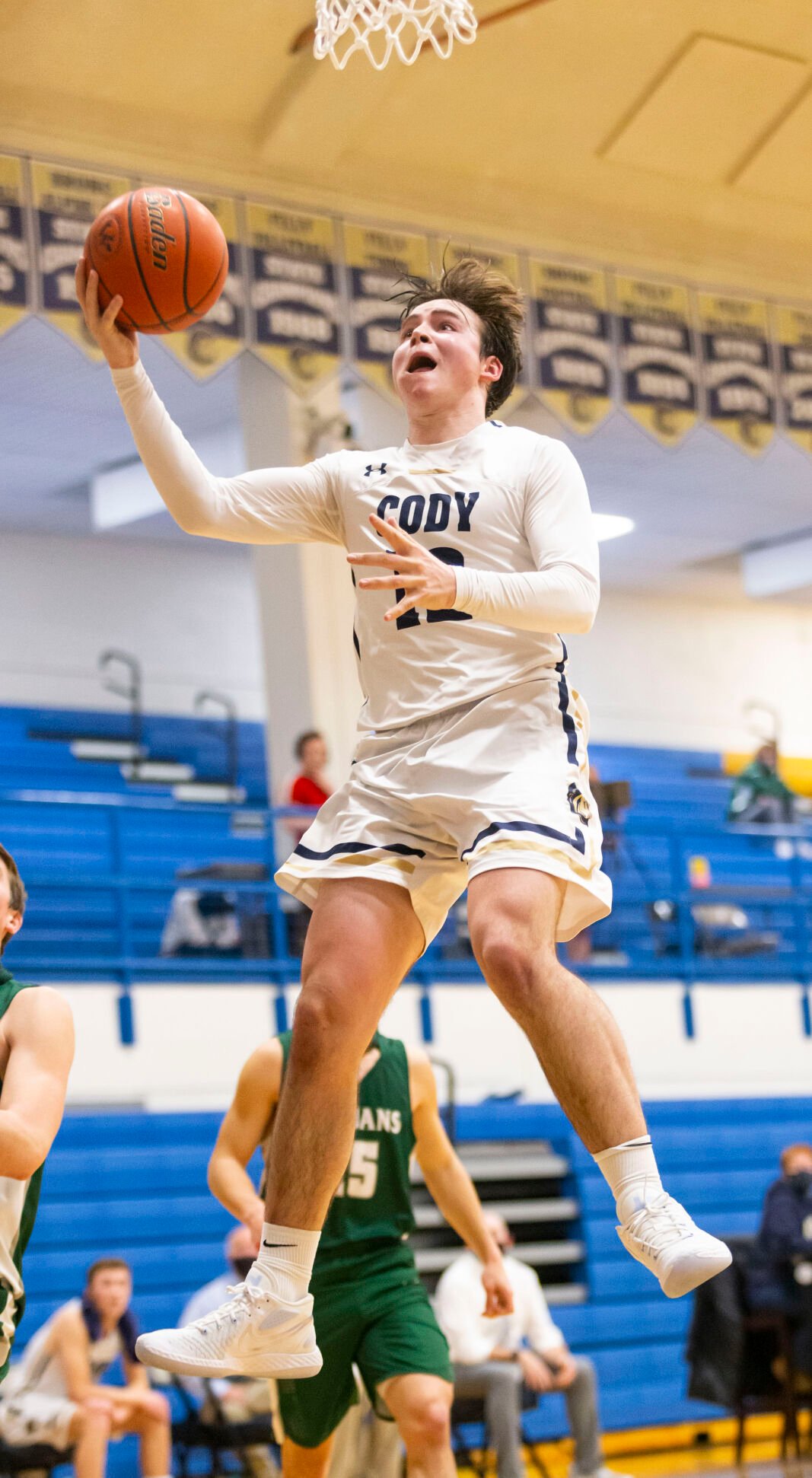 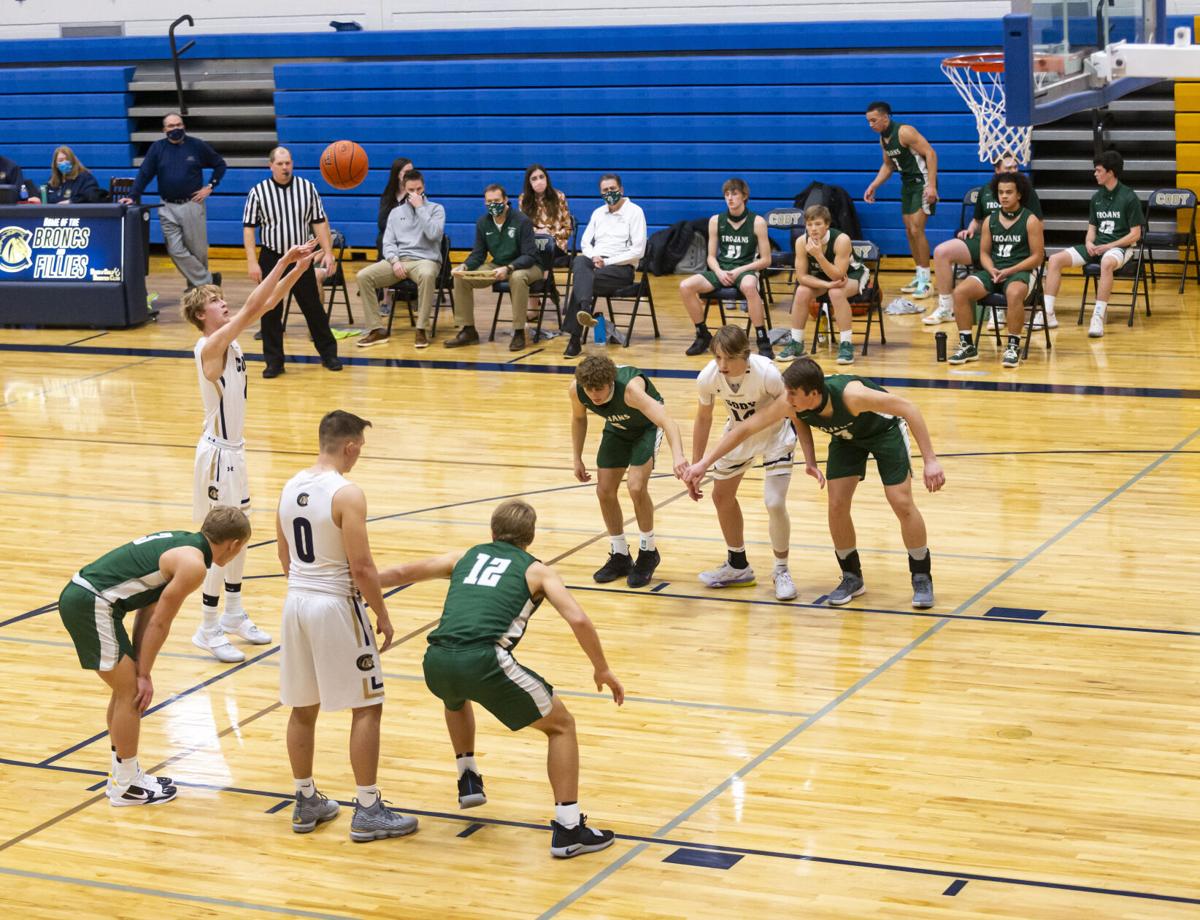 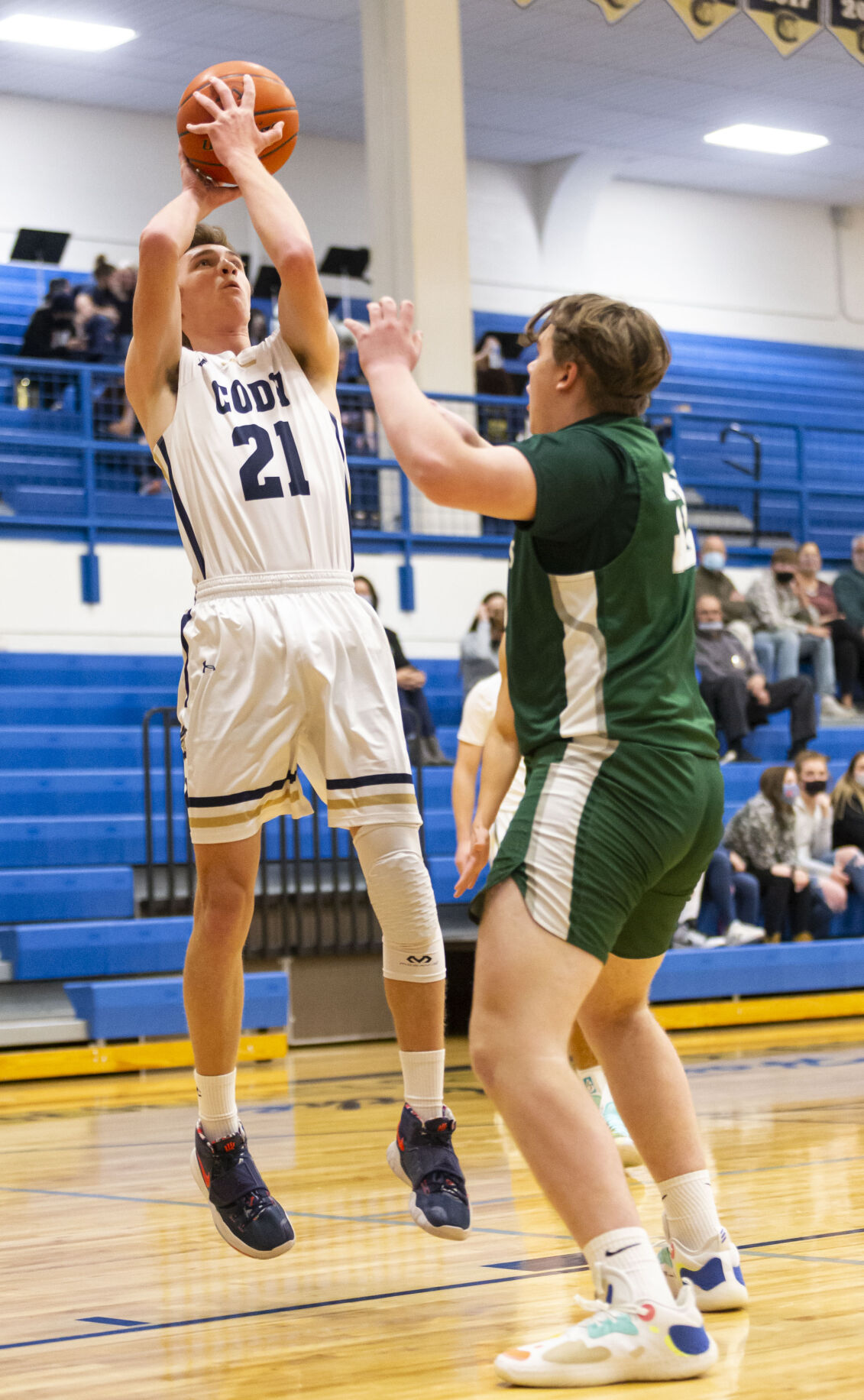 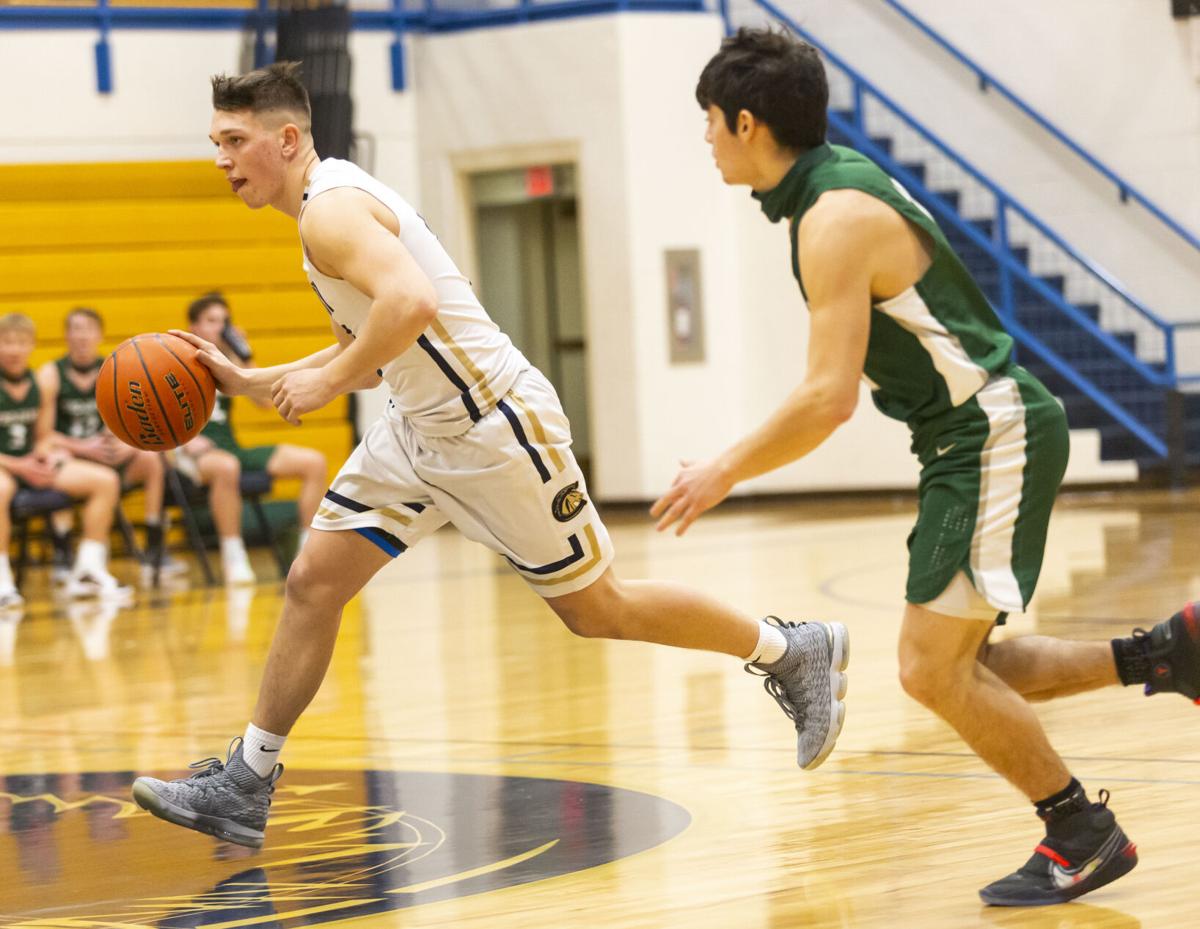 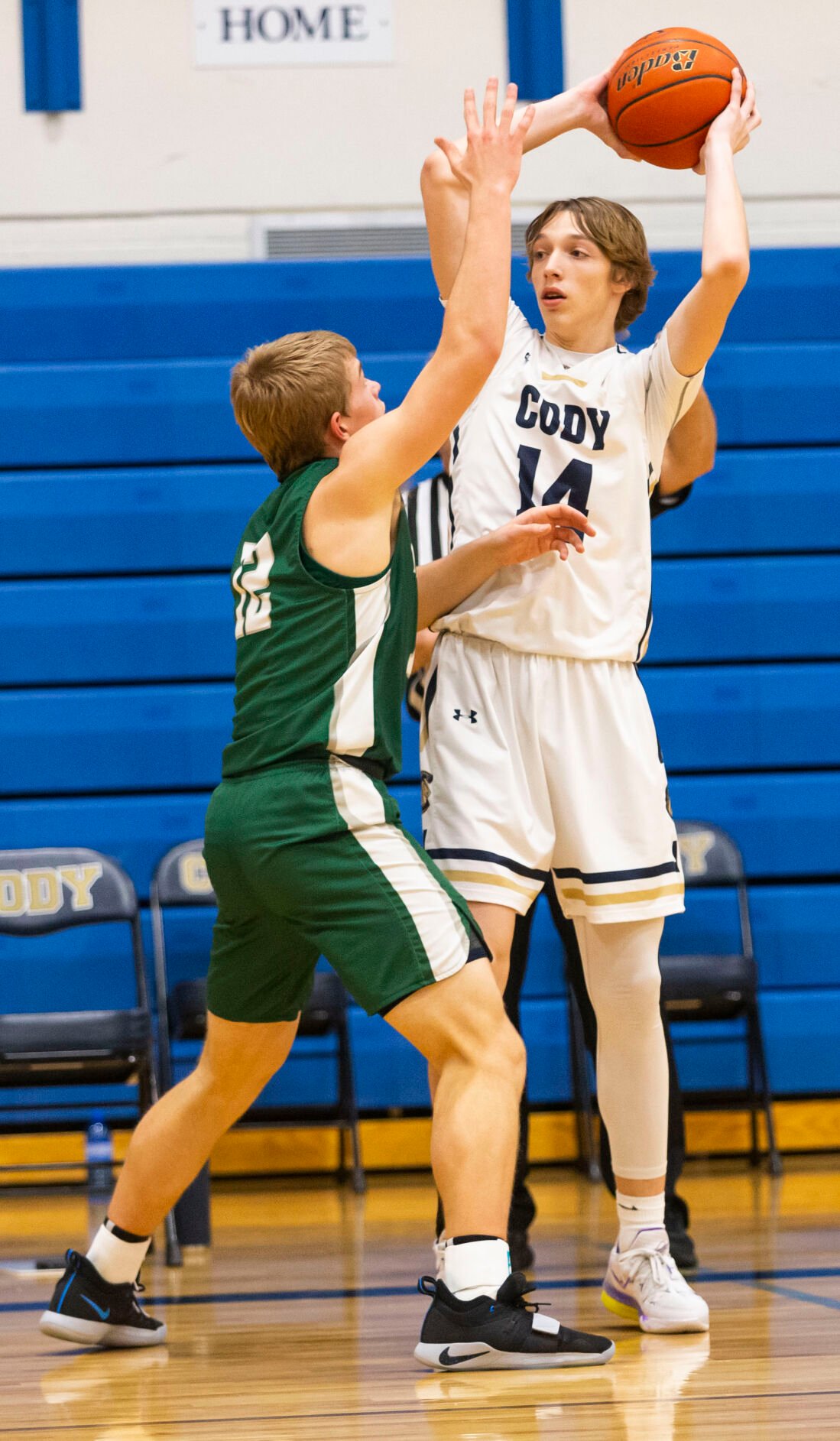 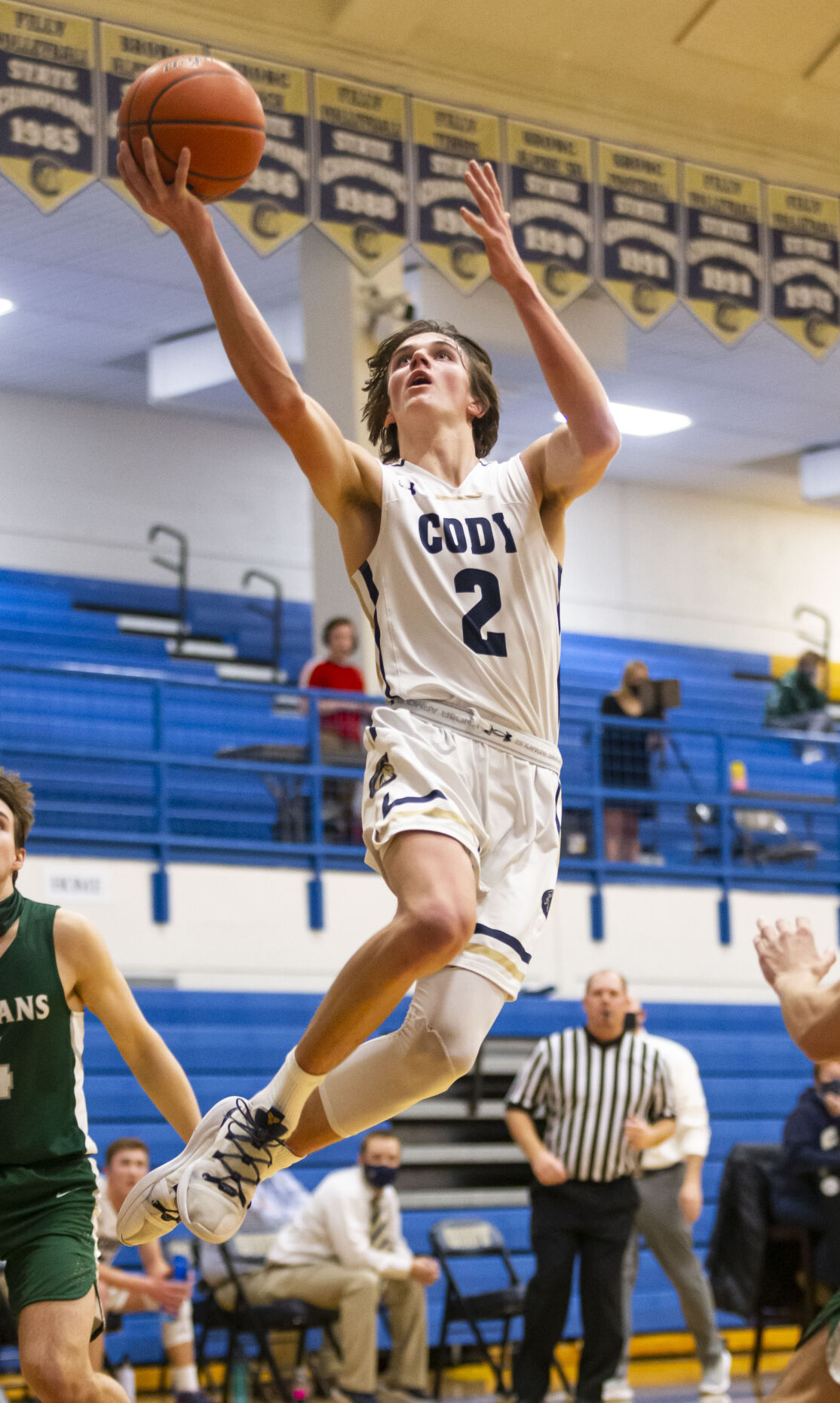 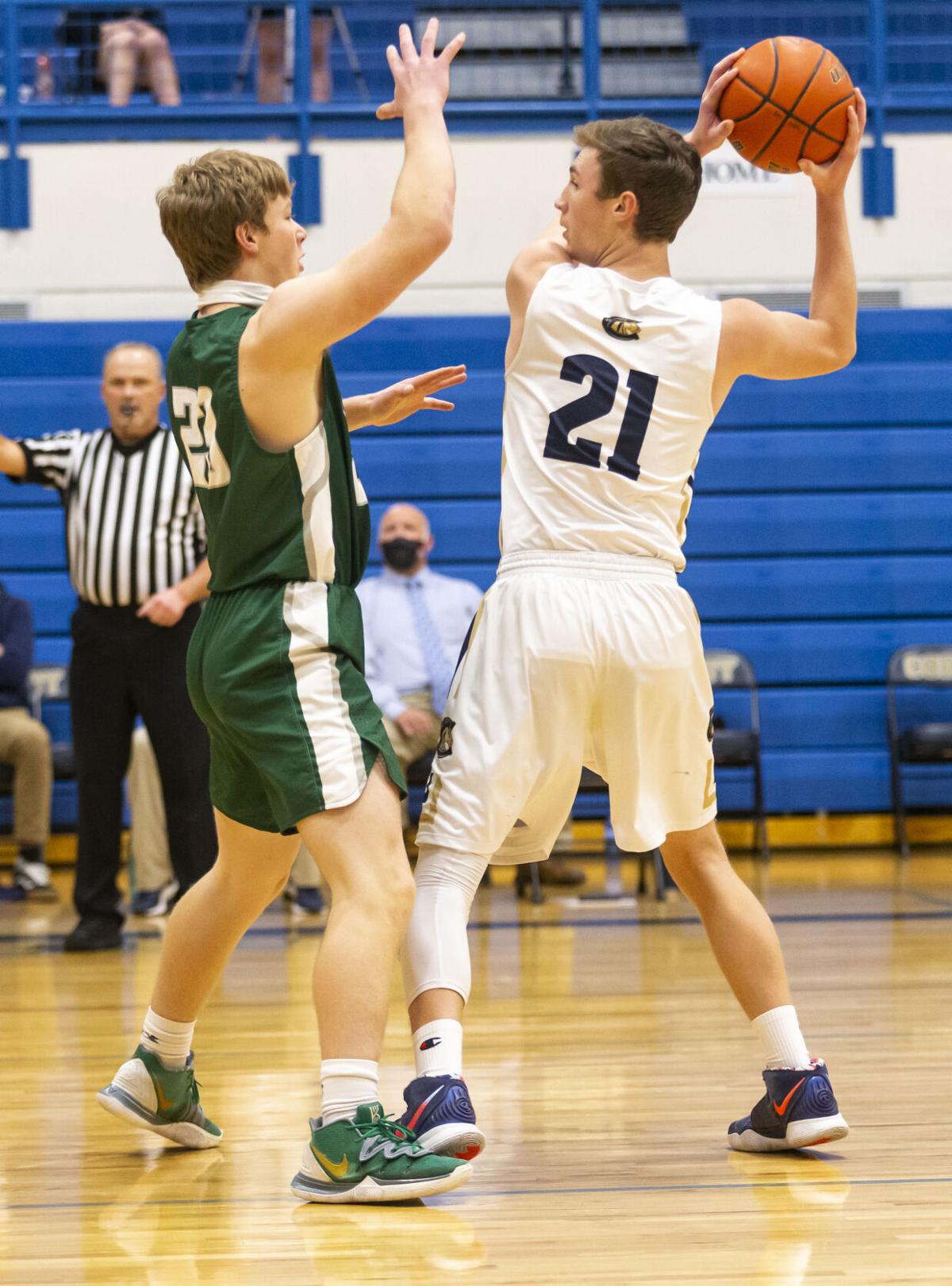 Luke Talich fights for the ball with a Kelly Walsh defender on Friday, January 15th.

The start of conference play didn’t shake out quite like the Broncs (1-7) had hoped, and the Cody boys basketball team lost twice over the weekend, including their first conference game against Riverton.

It didn’t look good for Cody as things got underway in Sweitzer Gym. The Trojans (2-5) came out in a press and were hot from behind the arc in the early going, racing out to an 18-12 lead after the first quarter.

“We really competed, I thought,” coach Jacob Kraft said. “We made runs when they made runs, back and forth kind of thing that you want. You want to be in the ball game. I thought we carried a little bit of what we did in the second half [against Worland] into this … It sure looks like we’re getting better, maybe a little slow out of the gate.”

The Broncs adjusted to the full-court pressure, getting through the defense and finding open lanes to the rim in the second quarter.

Sophomore guard Luke Talich glided between Trojan defenders as the Broncs cut into the lead little by little.

With two minutes left in the half, senior sixth man Tristan Dollard got to the line and sank a pair of free throws to tie the game at 27.

The next play, fellow senior Caleb Pryor got a steal and went coast-to-coast for a big layup to put them up two. Kelly Walsh got another bucket in the final 60 seconds of the half to even the score at 29, but it was Cody bringing the momentum into the locker room.

It didn’t carry over into the second half as the Trojans came out firing from beyond the arc again. Trojans senior Siope Palepale lit it up from deep in the third quarter, nailing three treys in the period to push the Kelly Walsh advantage.

The Trojans ran two full teams against the Broncs all night, swapping five players out at a time. Down key bench contributor Canyon Dim, the Broncs struggled to keep up with the constant fresh legs and the heavy press in the second half.

“I think our fouls got a little bit out of control and we started getting a little loose with the ball and throwing it away,” Dollard said of the second half. “Other than that, I think we played great the entire game.”

The dynamic duo of Talich and Pryor exploded in the second half, combining to score 21 points in the final two quarters.

Talich got 11 of his 20 points in the final two quarters of play.

A 25-point scoring outburst in the first quarter by the Riverton Wolverines was too much for the Broncs to overcome as they dropped their conference opener in Riverton on Saturday, 61-43.

Sophomore Luke Talich and senior Tristan Dollard led the Broncs in scoring with 14 and 16 points, respectively, but it wasn’t enough as Riverton (3-5) started and stayed hot from deep.

The Broncs will look to regroup next week when they travel to Casper to take on the Natrona County Mustangs (3-3) Friday night as conference play gets into full swing. They’ll follow that up with another road matchup in Rock Springs to face the Tigers (0-6).

After riding the bench the last two years, Tristan Dollard has taken to an expanded role on the court as the Broncs 6th man. He had a breakout game on Saturday, tallying a career-high 16 points in the loss to Riverton.

“He’s looking more and more comfortable out there,” Kraft said after the loss to Kelly Walsh. “He’s a very smart kid and he puts himself in the right spot a lot of the time, especially around the rim and rebounding.”