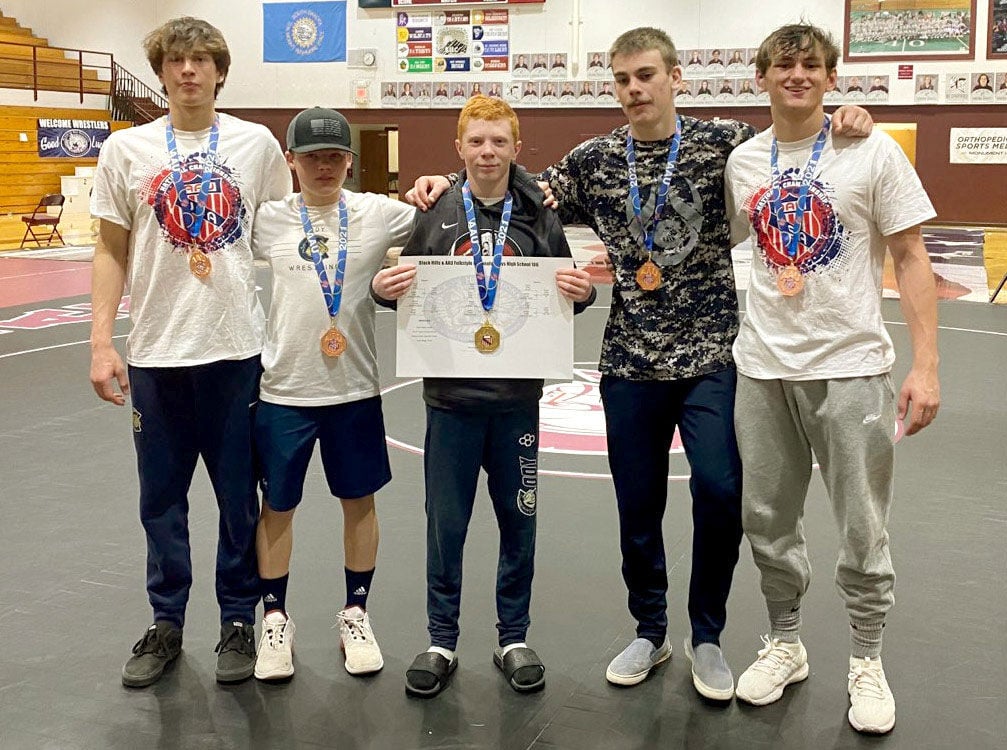 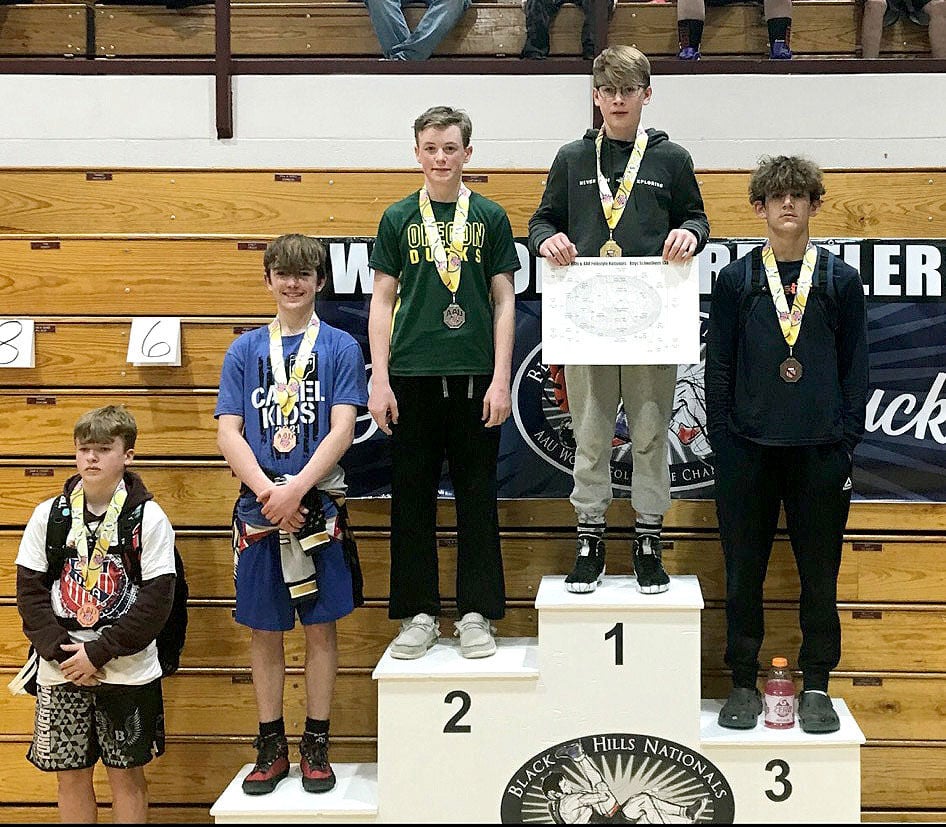 Five Cody wrestlers attended the Black Hills & AAU Folkstyle Nationals on March 19-20 in Spearfish, S.D., with all of them placing.

“It’s nice to get away and see athletes from different states to see how we stack up,” coach Trev Wood said. “It’s a great learning tool for athletes and coaches. The kids wrestled great.

“One thing in common with the regular season – it comes down to simple technique and good decision-making in order to win matches and compete.”

Taylor Baggs finished first at 106 pounds. He won by fall over Maraia Kruske of Spearfish Wrestling in 2:16, then defeated Payne Reilly of Forsyth, Mont., in a 9-4 decision. Finally he pinned Adrian Trujillo of Rawlins in 1:02.

Jackson Wood finished fourth at 160, defeating Cash Fladland of Watford City by fall in 4:00. After losing to unattached wrestler Giovanni Lucchi 8-3 in the semifinals, he defeated Lucas Chamberlin of Governor Wrestling 9-2 to advance to the third-place match. Paolo Salminen of Billings defeated Wood 9-4 in the match.

Will Thomasson also finished fourth at 170. He lost to Hunter Garoutte of Moorcroft in 2:08, received a bye, then won by injury default. In the consolation semis he defeated Levi Stover of Stanley County 9-6 and lost to Weston Mason of Dell Rapids 6-2 in the third-place match.

Grayson Beaudrie finished fifth at 182. He won by fall over Tanner Vanscoy of Westside Wrestling in :49, then lost to Dekken Mayer of Moorcroft in sudden victory 7-5.

After losing to Kendrick Curtis of Fairview by fall in :30, Beaudrie defeated Dylan Grage of Assumption by fall in :30 in the fifth-place match.

Also finishing fifth was Ty Peterson at 120. He won by fall over Shane Hannah of Moorcroft in :54, then defeated Clayton Hinker of Beulah-Hazen 14-3.

Peterson then fell to Chase Hanson of Stanley County, 9-2 and to unattached wrestler Kellan Hurd by fall in :44.

In the fifth-place match he defeated Andrew Najar of Team Champs 12-1.

He won by fall over Jacob Wagner of Heights Wrestling in 2:16, then defeated William Alt of Touch of Gold by fall in 4:23.

In the first-place match, he fell to Tyson Rice of Coyote Wrestling in 4:12. Then in the second-place match he lost to Lander Hofer of Touch of Gold in 2:29.

“It was good to see some different competition,” coach Trotter said. “Aaron had a good day and wrestled some tough kids. He has a couple things to clean up before going to Iowa with Team Wyoming.”