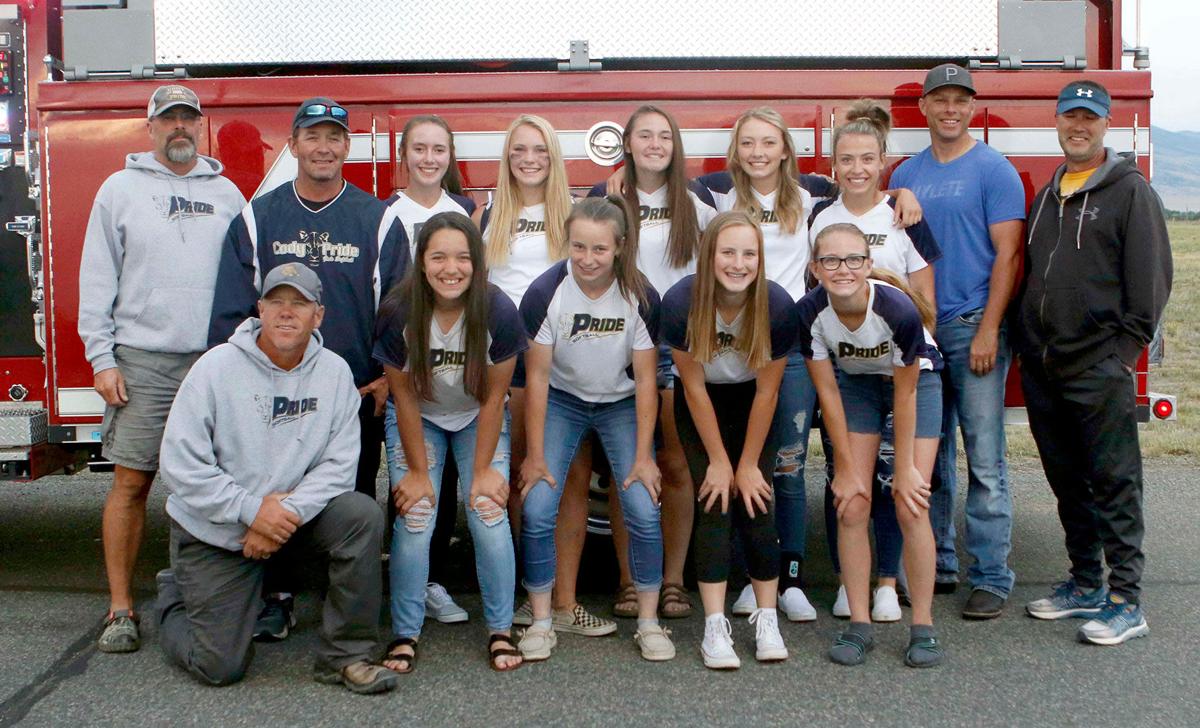 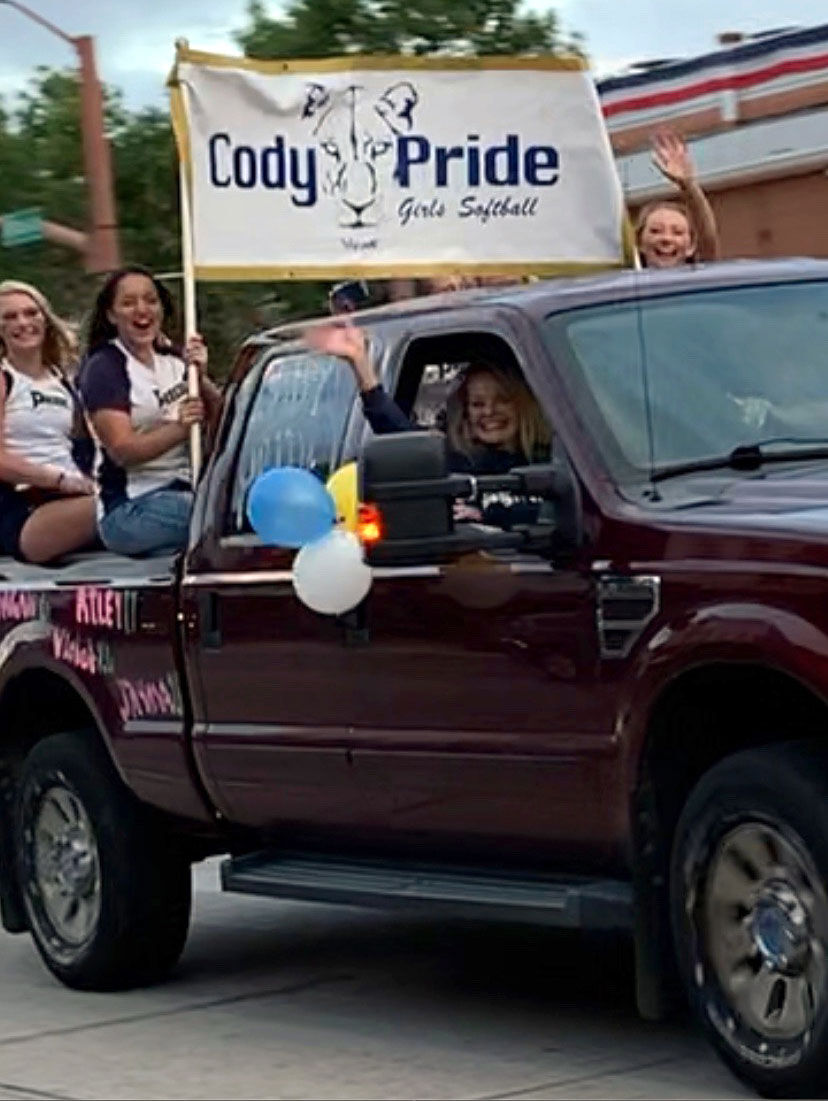 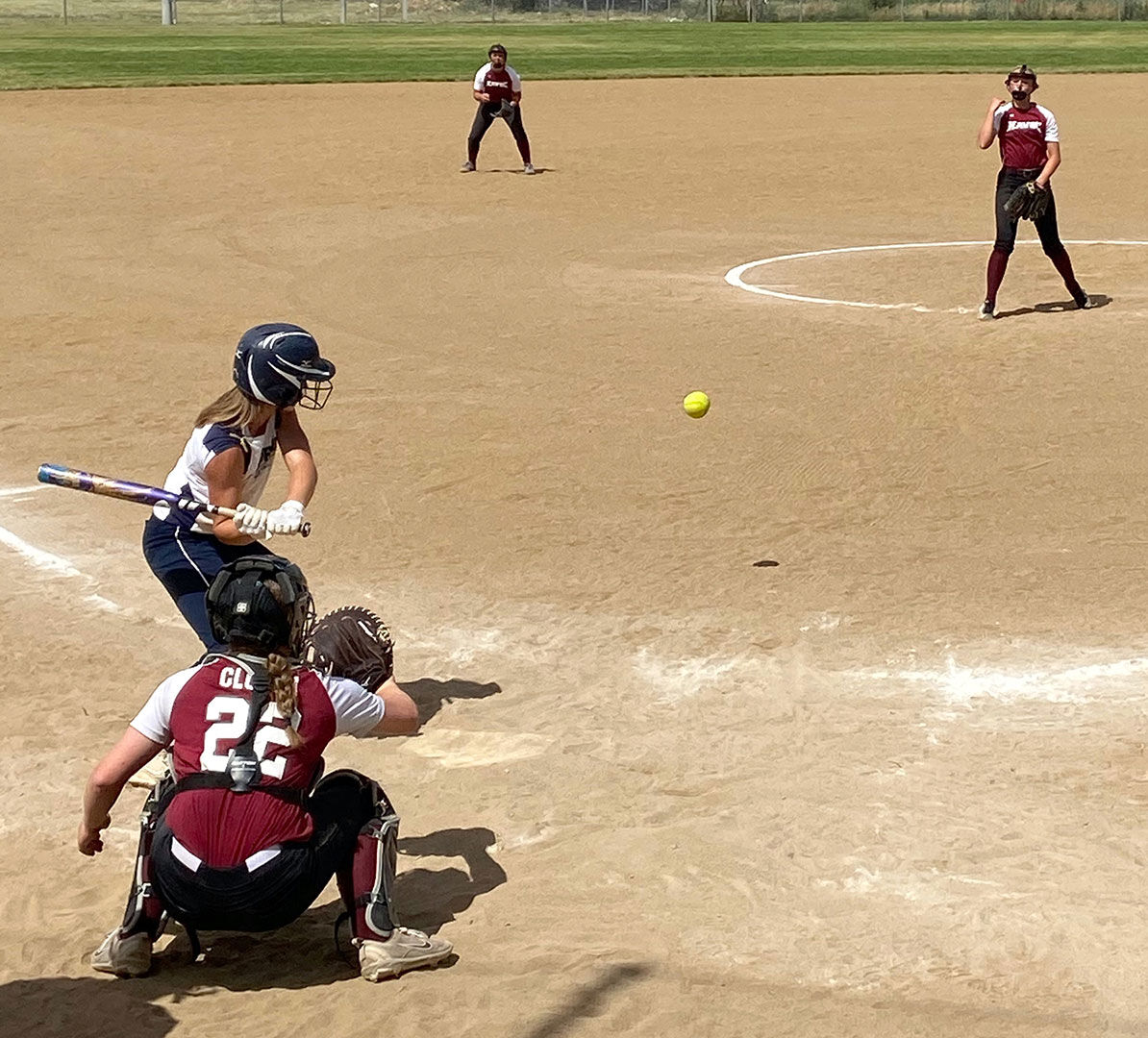 Ava Meier takes a swing against the Gillette Havoc at the state softball tournament in Laramie last weekend. The Cody Pride won the 14U state championship. (Courtesy photo)

Ava Meier takes a swing against the Gillette Havoc at the state softball tournament in Laramie last weekend. The Cody Pride won the 14U state championship. (Courtesy photo)

The Cody Pride 14U softball team is starting to become a bit of a dynasty in Wyoming.

Even more amazing was what the Pride (11-8-1) overcame in their season.

“It made this whole COVID thing a little less of a bummer – the team and this season made things seem hopeful,” Riley Simone said. “I think it will go down in the books as a memorable season. Not tainted or canceled like everything else this year, but the championship that gave them hope that life will go on.”

Due to the COVID-19 restrictions in the spring, the Pride were not able to start practicing until early June – months after some of their competition had already started playing.

The challenge offered many of the players a new perspective on the game.

“It was kind of like me realizing softball could end anytime and we’re getting so old it could’ve ended,” Ava Wollschlager said. “I don’t ever want to end and have my last game.”

Playing against highly competitive Montana teams, the Pride won only about half their games, sometimes going cold on offense.

“We would fold with our bats and not get the timely hits,” coach Keith Ungrund said. “We had chances to win and didn’t take advantage of it.”

Despite honing in on hitting at practice and solidifying positions late in the season, the Pride faced adversity continued at state, losing their first two games.

“It really shows the family-type thing,” Brasher said. “We overcome it as a family, blood or not.”

The Pride came alive with 14 first inning runs against the Cheyenne Extreme in the third game, en route to an 18-3 blowout.

Next up was a rematch with one of the team’s biggest rivals and defending state champion, the Gillette Havoc. The Pride lost to them in last year’s 14U state championship.

The coaches gathered the girls before first pitch and stressed the importance of what was to come.

“The coaches were like, ‘We can’t be friends with these kids. We’re not friends with them until the game is over,’” Wollschlager said with a laugh. “I think that did help a lot.”

The pep talk worked as the Pride were yelling and screaming from the dugout like never before.

“You could feel the energy when we came to the field,” Ungrund said.

Cody unleashed another furious start, plating 12 runs in the first inning. The Pride scored a total of 26 first inning runs in their first two tourney wins.

“We knew we’d have to score some runs in order to compete with them,” Ungrund said. “It was a huge momentum builder for us.”

Cody held on for a 16-7 win, which sent them to the semifinals.

There, they took down Gillette Wicked 307 by a score of 9-5. Riley Simone pitched all seven innings in the win.

Despite Cody taking an early lead, Wicked 307 battled back. Ungrund said driving in runners in scoring position made the difference in the last few innings.

All that lay before them and a title was Laramie, a team they had never seen before.

“We were excited that we were going to be able to play another team (besides the Havoc) in the championship because we always play a Gillette team for state,” Ellie Ungrund said.

She took the mound and pitched a shutout, backed by a Pride defense that did not commit a single error in the game.

Offensively, the Pride got another hot start as well with six runs in the first inning.

After four innings the mercy rule went into effect and the Pride were champions.

“Everyone threw their gloves down and all ran to each other in a huddle and were screaming,” Wollschlager said. “Like half of us were crying. I had a couple tears even though I’m not the one for crying.”

Keith Ungrund said the first win over Cheyenne set the tone for the rest of the tournament.

“The difference for us was getting that momentum in bracket play, and our bats really came alive,” he said. “Just hit balls really hard on the line and made them make plays.”

On Monday night the Pride celebrated their championship with a parade through downtown Cody led by a fire truck and police escort.

“No matter what age group or how old we are, we are family and that’s going to carry on for more than one year,” Brasher said, who has been playing softball since she was 4 years old.

The Pride 12U and 10U teams also participated in state, winning two games each.

With softball becoming a sanctioned high school sport in Wyoming next spring, the championship could give many of the girls valuable momentum heading into that inaugural season.

“There’s a renewed focus on improving every day because I think the girls know, ‘Hey we’re going to be playing in high school, we’re going to be representing our school,” Keith Ungrund said. “All the coaches commented on how coachable they were this year because hey, there’s an end game to this now.”