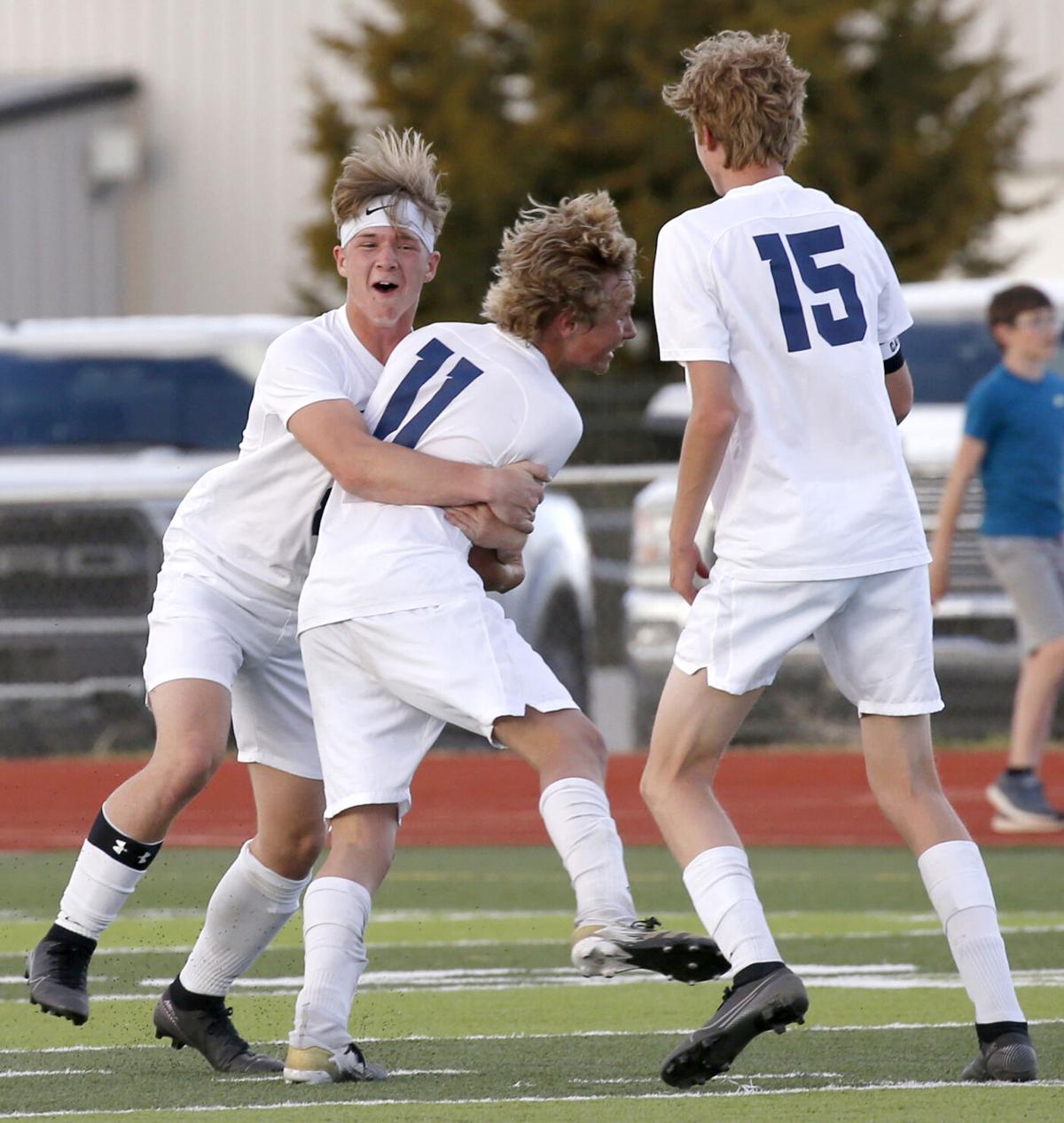 Reese Ward celebrates with Zach Magargal after he scored against Powell.

Hunter Robbins goes for the ball against Powell's Sam Bauer. 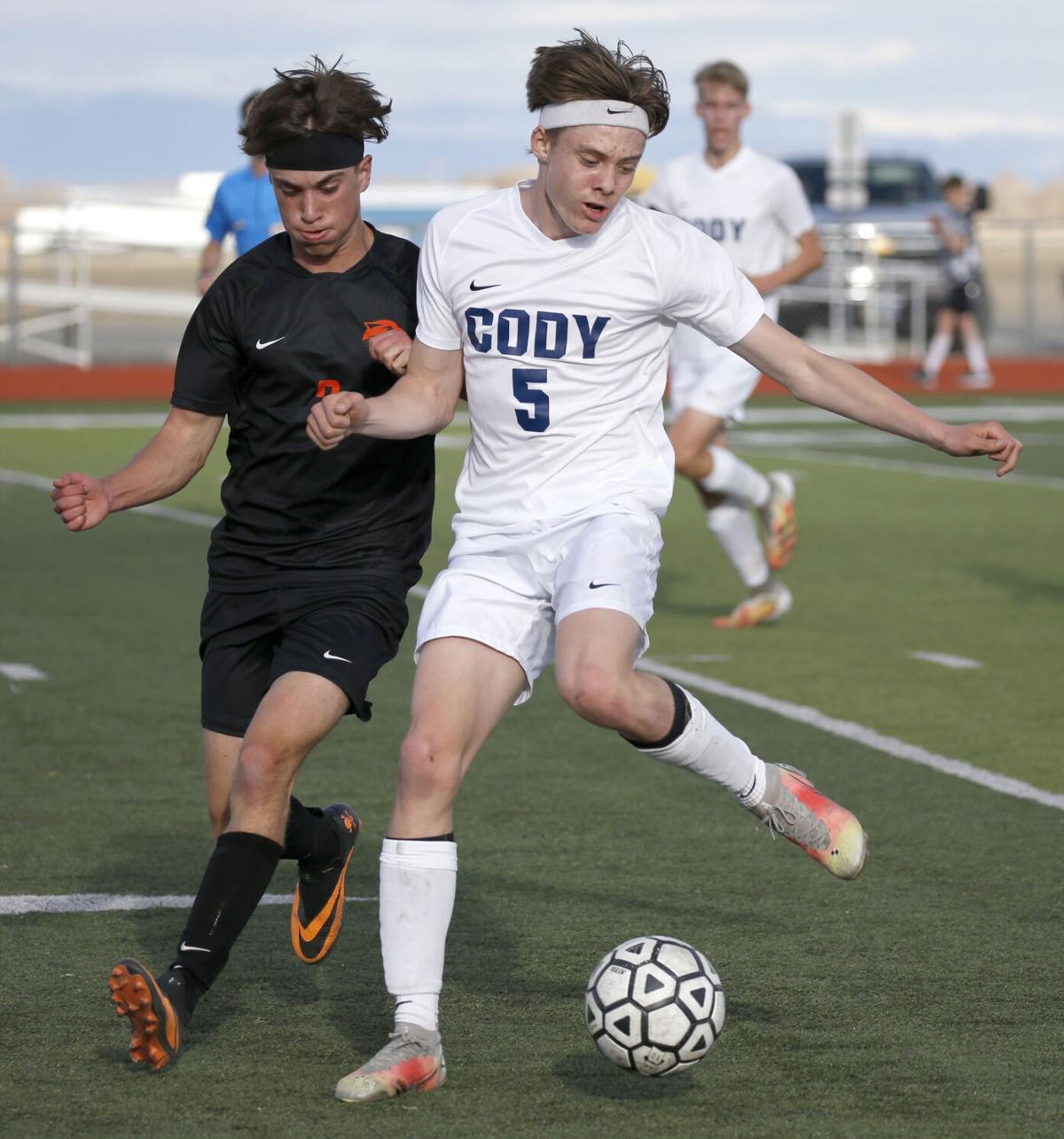 CJ Dominick takes control of the ball against Jack Pool of Powell. 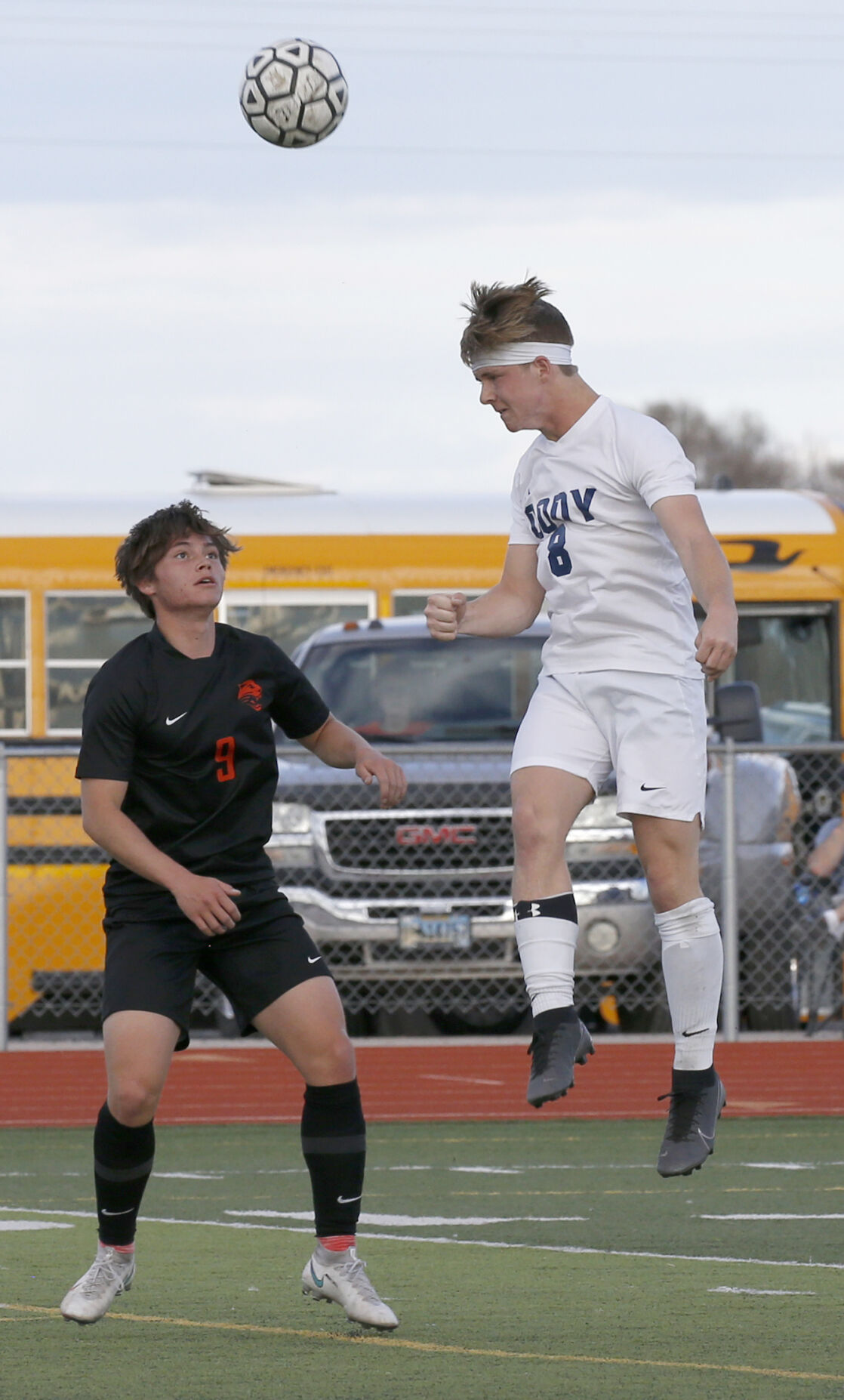 Reese Ward heads the ball while Hawkin Sweeney looks on. 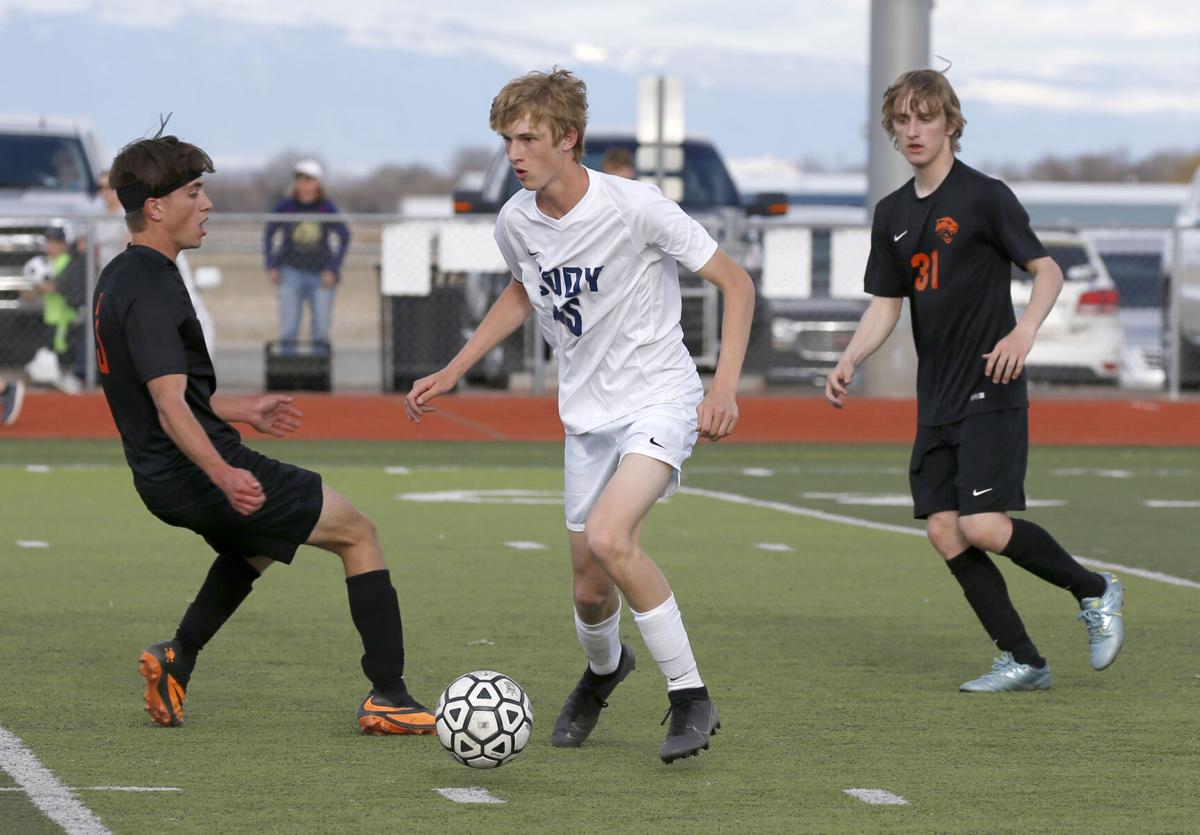 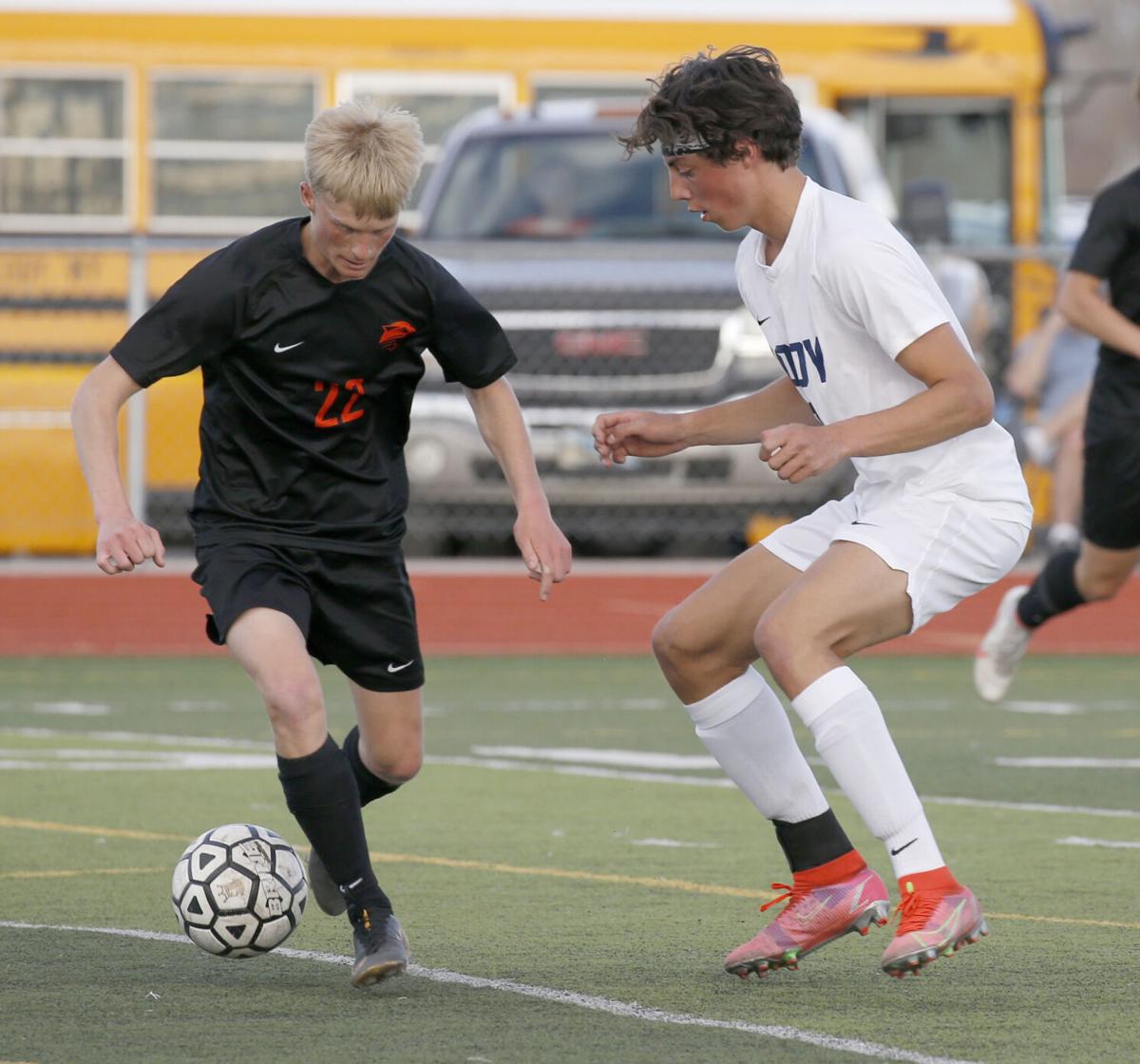 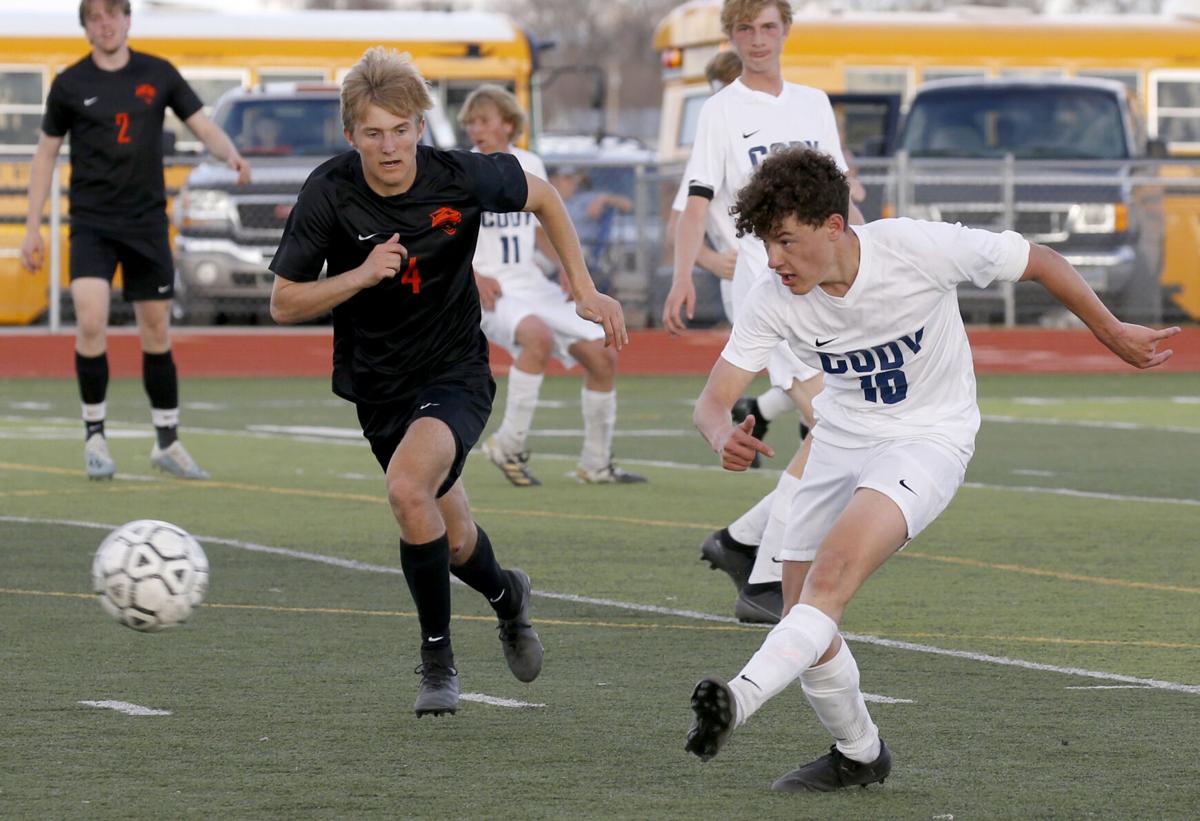 Wyatt Becker passes the ball while Keaton Rowton of Powell closes in. 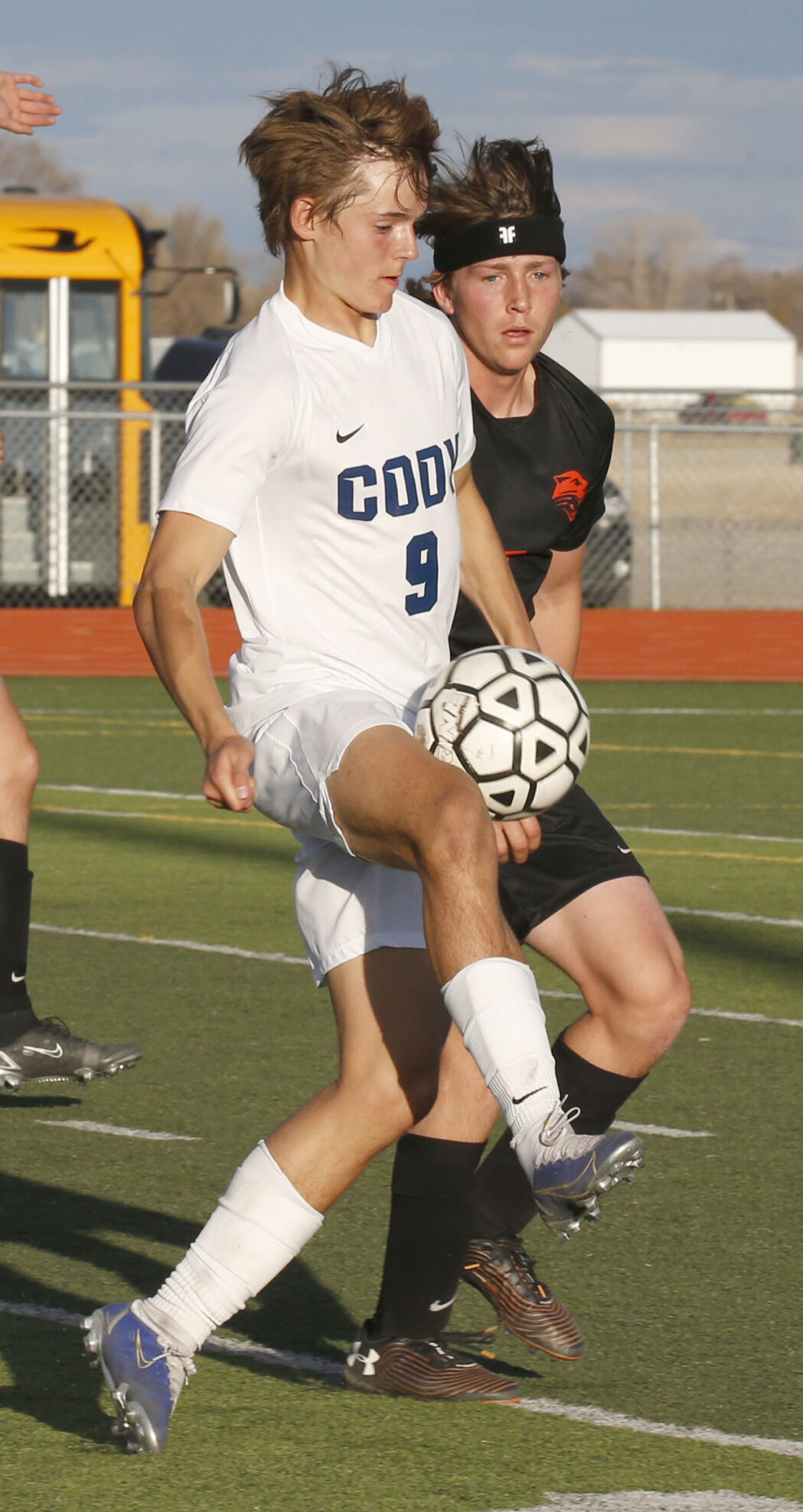 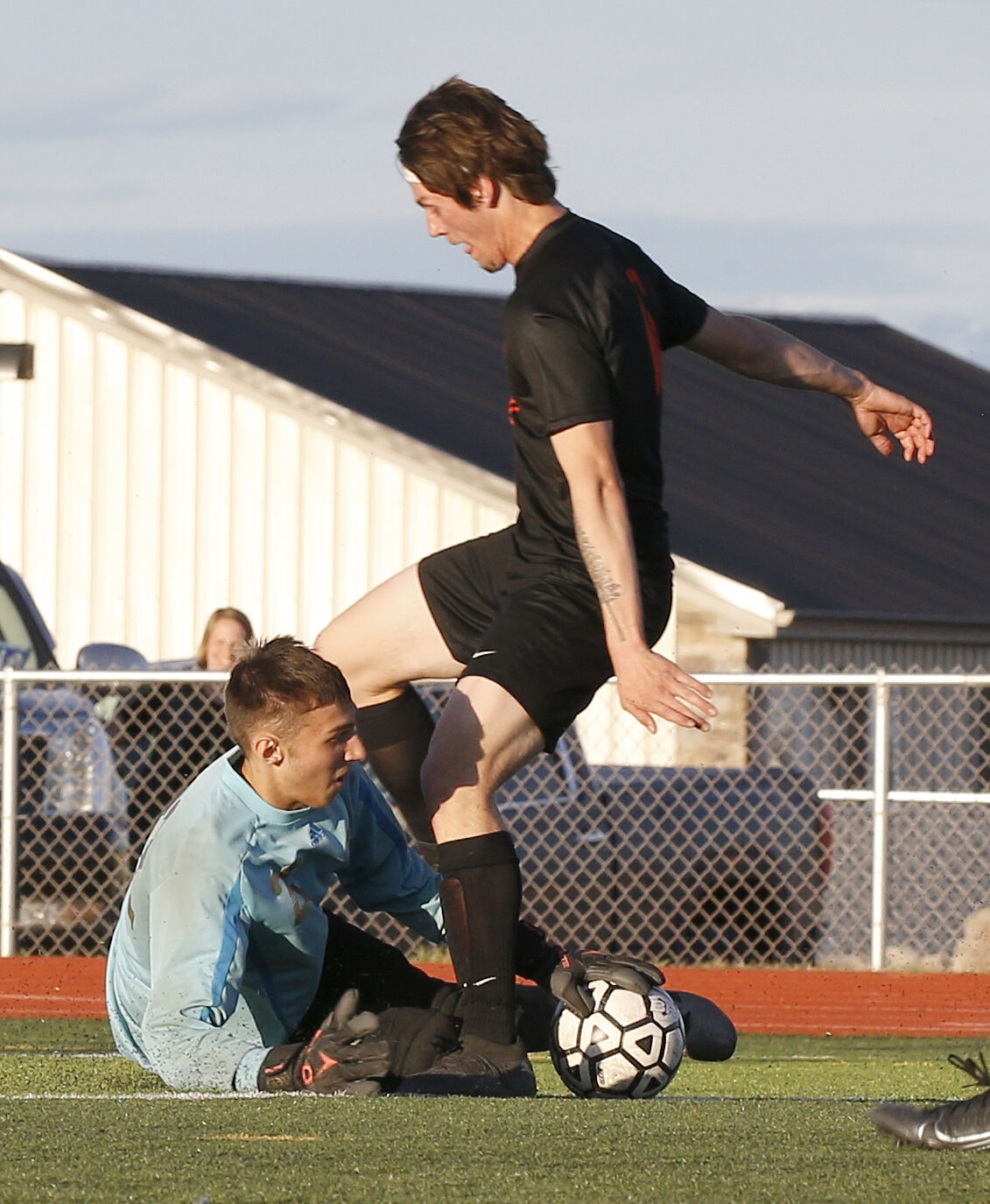 Ian Balyo saves a shot by Sam Bauer of Powell.

Reese Ward celebrates with Zach Magargal after he scored against Powell.

Hunter Robbins goes for the ball against Powell's Sam Bauer.

CJ Dominick takes control of the ball against Jack Pool of Powell.

Reese Ward heads the ball while Hawkin Sweeney looks on.

Wyatt Becker passes the ball while Keaton Rowton of Powell closes in.

Ian Balyo saves a shot by Sam Bauer of Powell.

The Cody boys soccer team paid a visit to Powell on senior night for a rematch of their season opener.

In the first meeting, the Panthers ran away with the game, netting nine goals to Cody’s one. This time it was a different game, with the Broncs falling just 3-1.

“Obviously it’s a loss, but I feel like it’s a win for us,” sophomore midfielder Matt Nelson said. “We’re getting a lot better and showing how much we’ve improved so far.”

Bolstered by a rowdy crowd, Powell (10-1, 8-1 3A West) scored its first goal in the fourth minute and kept the pressure on, repeatedly probing the Broncs (6-4, 5-4 3A West) defense in the first half and keeping the ball on the Cody side of the field. Powell added two more goals in the 26th and 33rd minutes.

The Bronc defense held from then on though, not allowing another goal the rest of the match. Freshman midfielder Zach Magargal scored the Broncs lone goal, arcing a corner kick into the top of the net for his first varsity goal in the 36th minute.

Initially on the JV squad, he made the transition to varsity early in the season and has played a key role as an outside midfielder. It’s been a significant change for him.

“It’s definitely the effort I’ve had to put in, and just how much bigger the players are,” he said. “No. 2 (Jesse Trotter) today, he was a lot bigger than me but I definitely showed him up.”

The Broncs had more possession in the second half, getting some shots on goal and a few opportunities to drop in scores on free kicks, but were unable to convert. Defensively, senior goalie Ian Balyo made a few difficult saves and put his body on the line on more than a few occasions. Neither scored in the half.

“I’m just proud of the team for improving so much,” Magargal said. “It was really great seeing them out there, especially in the second half shutting them down.”

Cody sits just ahead of Lander in the conference standings in third as the season winds down. Coach Randy Rockey says his team is where it should be at based on how it has played but that his players, now largely healthy, are coming together at the right time.

“I think we’re coming back out of a dip and we’re starting to gel and peak at the right time,” Rockey said. “That’s what it’s all about.”