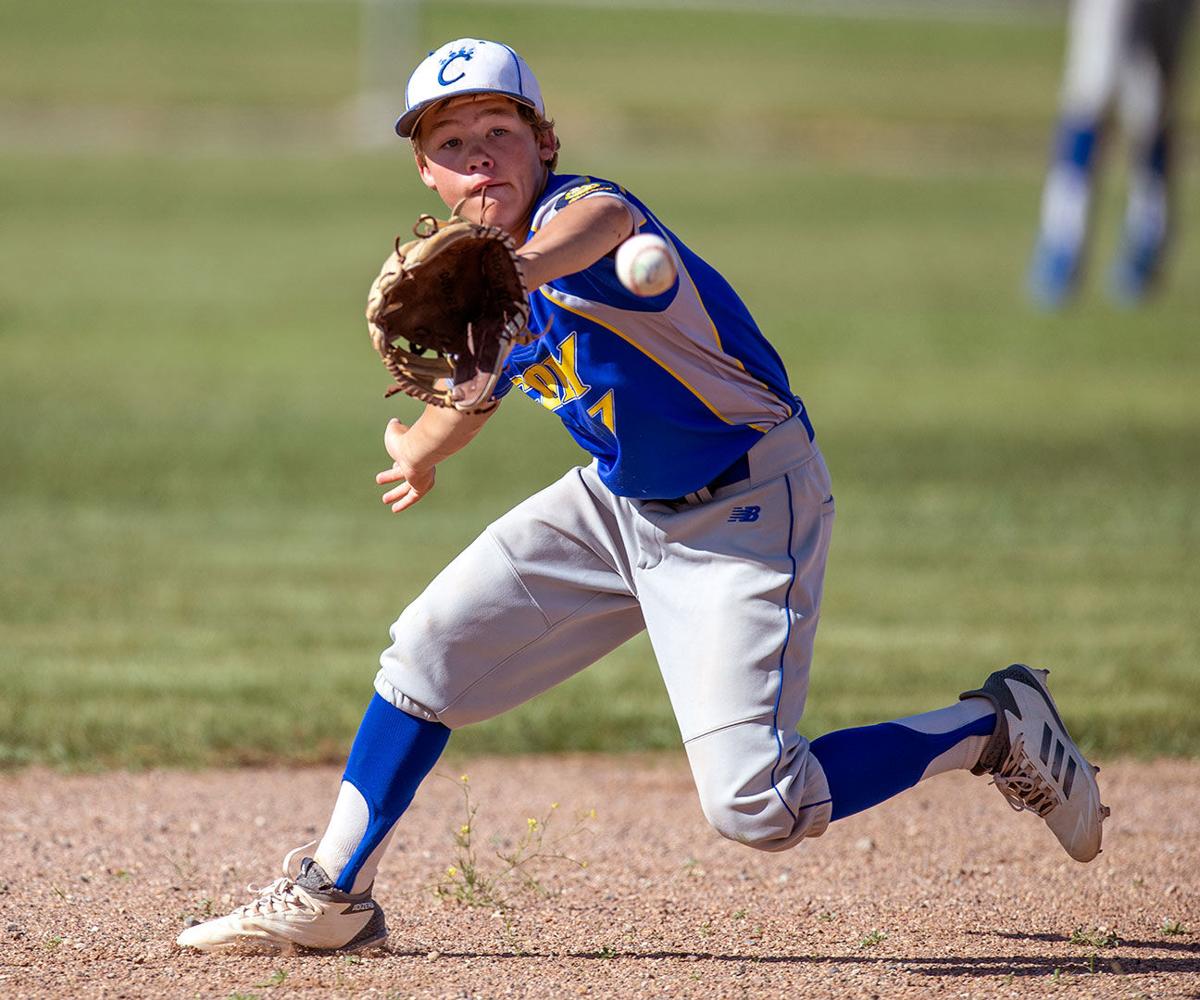 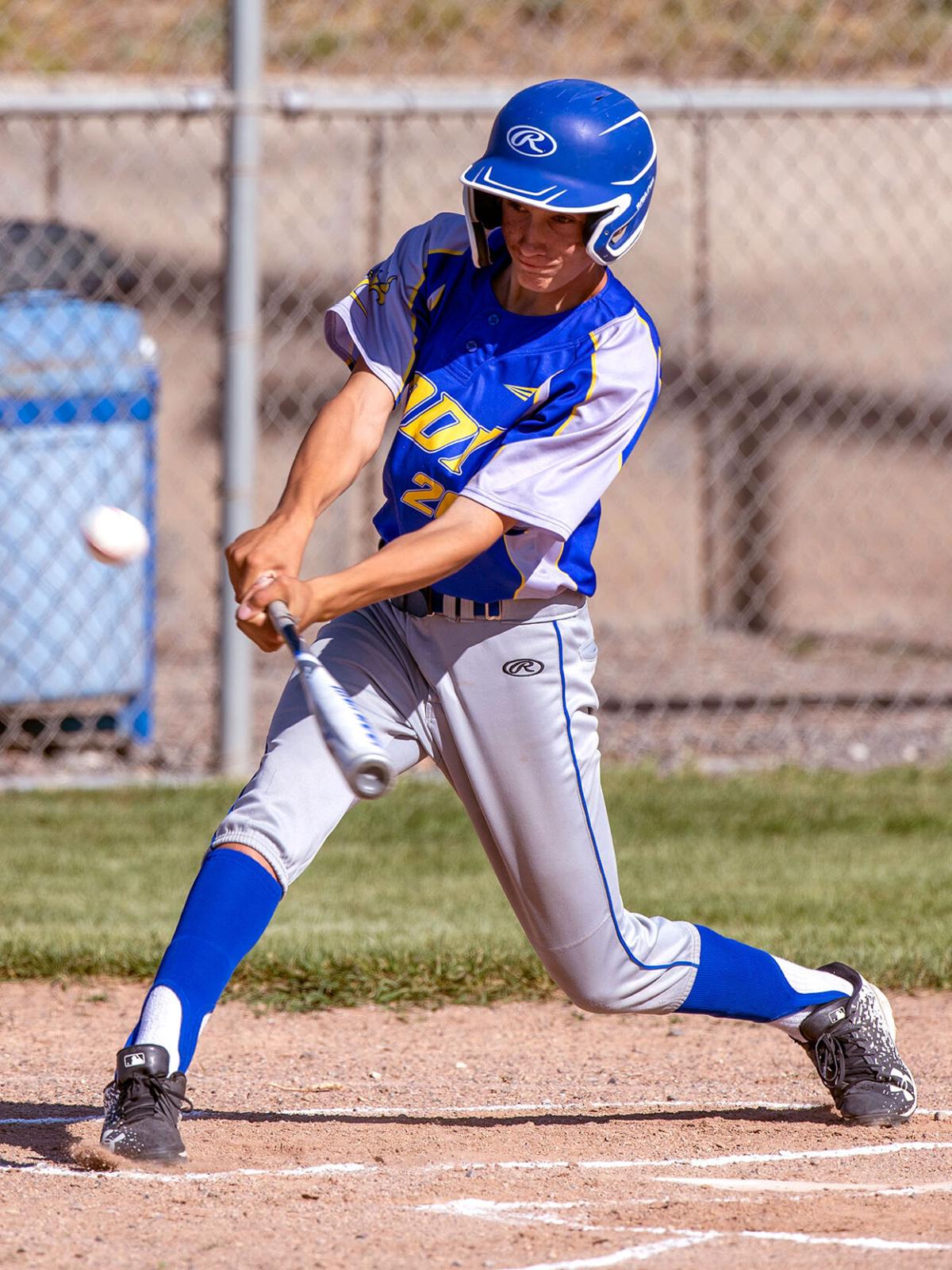 Caleb Kingston connects for a hit July 21 against Lovell.

Caleb Kingston connects for a hit July 21 against Lovell.

The Cody Legion C team got its first sweep of the season on July 14 against Lovell.

“Against Lovell we played the best we have all year,” coach Connor McLeod said. “We got the bats going early and our pitchers shut them down both games.”

The Cubs jumped to a 7-0 lead through two and never trailed in its big win.

“We were feeling confident after the two previous times we played them,” McLeod said. “We knew that we had what it took to come out with a win against them.”

With two outs, two walks and singles by Henry Switzer, Townsend Bailey and Caleb Kingston made it 4-0.

Singles by Jayvin McAlmond and Dylan Ungrund, along with a sac bunt by Myles Bailey and two walks, scored three more in the second.

Lovell pulled within two, before Cody got going again in the fifth, which included a single by Ty Peterson and doubles by Myles Bailey and Switzer.

Singles by Keaton Fowler, Peterson, Myles Bailey and Dylan Ungrund and three walks brought in four more in the sixth.

The second game was tied at 5 after three innings before Cody pulled away.

In the fourth, Cody scored two on a single by Peterson, a double by Ungrund and a ground out.

Three walks and a single by Peterson brought in another run in the fifth and Cody scored two more in the sixth.

Ungrund started on the mound, going 3 innings and giving up five runs on four hits. Peterson pitched 3 1/3 innings and allowed one run on one hit. Connor Moss pitched 2/3 and inning and allowed no hits.

In a high-scoring game, the Cubs fell just short Saturday in Jackson.

“We started out slow in the first game against Jackson,” McLeod said. “Towards the middle of the game we started to get the bats going but unfortunately we just ended up coming out on the wrong side of a close game.”

Both teams went back and forth, with Cody’s big inning coming in the fifth. The Cubs scored nine on five walks, two hit batters, singles by Wyatt Carlson and Johnston and a double by Duke.

A seven-run third allowed Jackson to pull away in the second game.

“We played better on defense the second game,” McLeod said. “We were able to keep them from scoring as much but it just wasn’t quite enough to pull out a win.”

Cody did a good job of scoring in multiple innings. In the fifth, singles by McAlmond, Duke, Fowler and Ortega helped scored three runs.

Billings scored 12 runs in the fourth on its way to a big win Sunday.

“We handled the Billings team about as well as we have handled them before,” McLeod said. “They are a very good team and I think the boys were a bit uneasy about playing them again.

“However, we did some great things in the game against them that we can build off of heading into our state tournament.”

Cody scored one in the first and three in the fifth. In the latter inning, two walks, a hit batter, ground out and double by Moss pushed the runs across.

The Freeze scored 13 in the first inning and nine in the fourth on its way to an early win.

The Cubs scored in every inning but couldn’t overcome those two big innings by Billings.