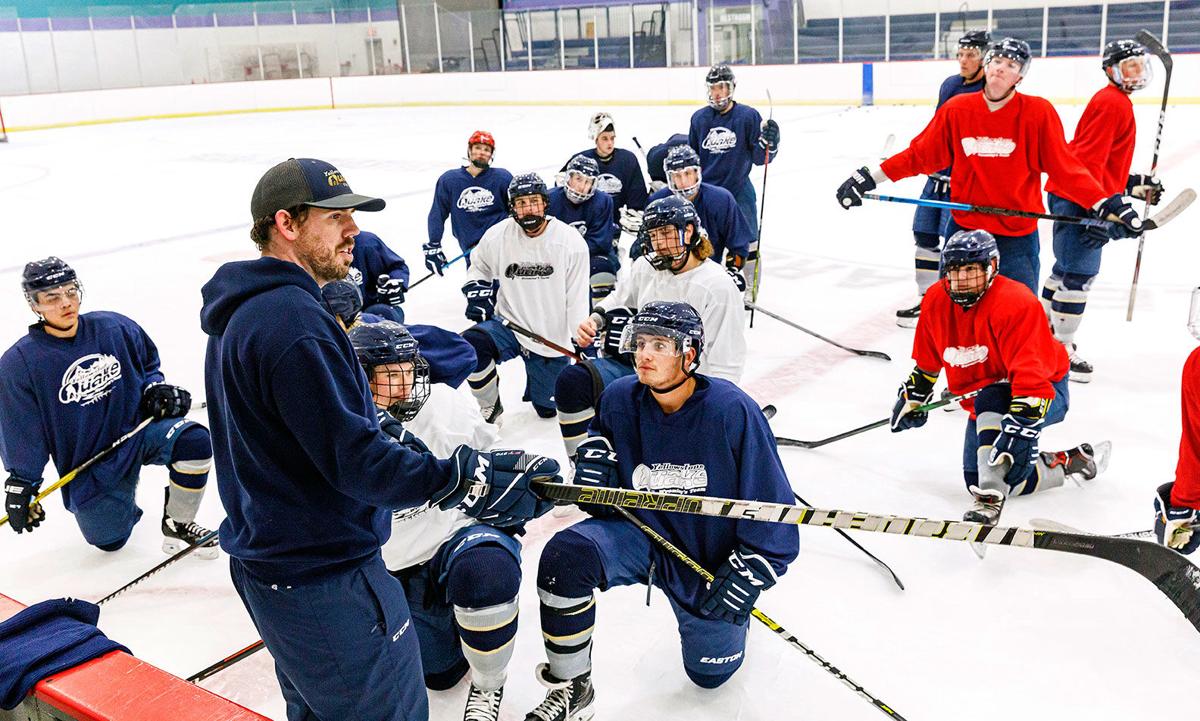 Quake coach Phil Oberlin goes over drills with the team at practice on Tuesday at Riley Arena. 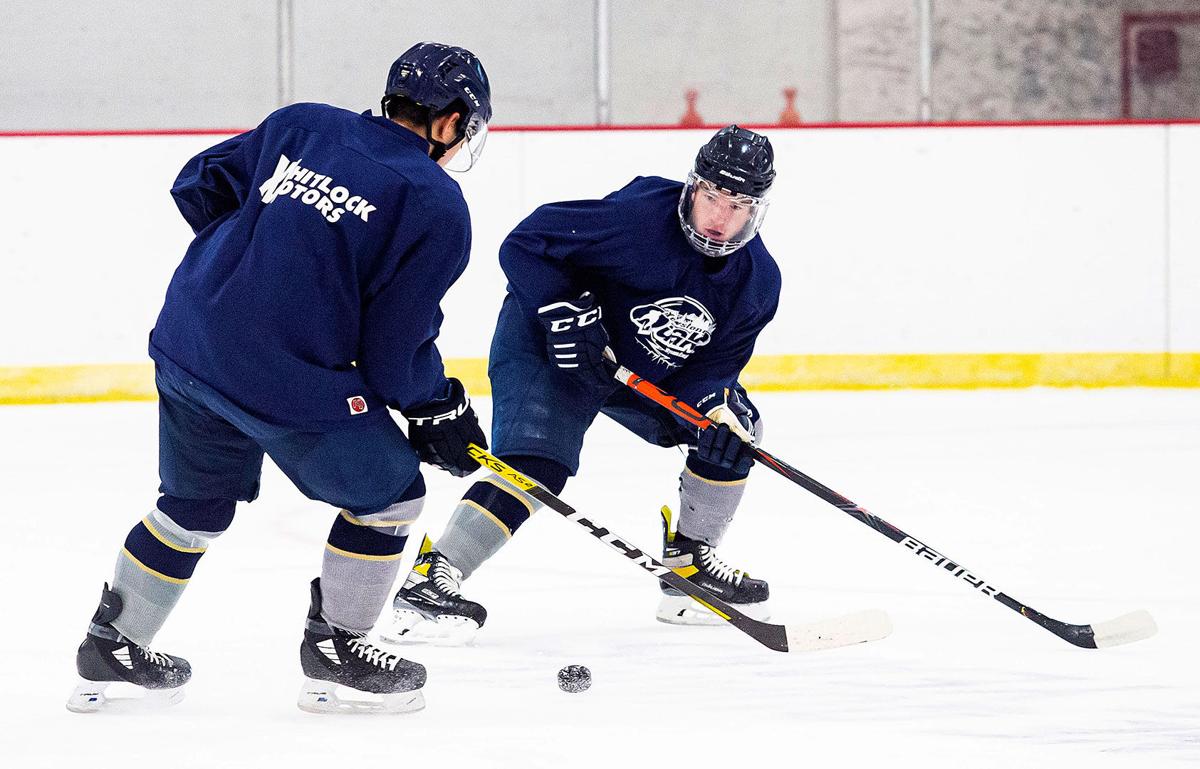 Quake coach Phil Oberlin goes over drills with the team at practice on Tuesday at Riley Arena.

“We have a lot of talent and we’re deep,” he said, “more talent than the first two years I’ve been here.”

The team will boast a roster of 25 players entering the season, a far cry from Oberlin’s first season two years ago when the team only had around 15 players most nights.

Oberlin said he hopes to harness his deep bench and returning core of players to succeed this season.

“They understand what I want in drills, how we play the game,” he said.

It’s an evolution three years in the making as players are buying into the team’s culture and recruits are taking notice. There will be 16 new players on the squad.

Last year’s team came on strong at the end of the season and swept its first round playoff series against Gillette. The season ended there as the rest of the playoffs were canceled because of the onset of the COVID-19 virus.

One of the most notable returners is forward Dylan Rumpke. Rumpke led the team with 43 goals and 75 points last season, and also led the team the season before.

Oberlin said although he wanted Rumpke to get picked up by a team in a higher league during the offseason, said he can’t help but “selfishly” feel pleased about his return.

“We definitely have a little level of comfort with him coming back,” he said.

Joining Rumpke will be Cody locals Jack Harris and Tyler Cramer who will be entering their fourth season with the Quake.

The team’s top three scorers from last season will all be returning in Rumpke, Harris and Cade Rosansky, as well as contributing locals Logan Brown and Mason Merager.

“With the guys we got coming back we should be well set,” Rosansky said.

The only area the Quake may take a step back in is goaltending, having lost Frontier division goalie of the year and third team all-NA3HL player Michael Allman, who will play hockey at Aquinas College this year.

“It’s going to be hard to improve on Michael, but we have some solid goalies that will play a bigger role for us,” Oberlin said.

Oberlin said he will be taking a “goalie by committee” approach with Cody local Hudgel Selk, who saw playing time last year, Blake Reinert and Connor Carroll all tending net.

Oberlin said the team’s foremost goal will be the same as always: developing players so they can move on to the next level of hockey. But this year he also has his sights on a Frontier division and Fraser Cup championship – a feat never accomplished by a Frontier team.

“It’s a team that could do something super special,” Oberlin said. “We obviously want to win our division but also want to go after the big prize.”

The puck will drop on the Yellowstone Quake hockey season this weekend when they face Missoula on the road Friday and Saturday. Dian True, Quake marketing and promotions coordinator, said the 7 p.m. Saturday game will be streamed live at Olive Glenn Bar and Grill, a presentation she said the restaurant will attempt to do all season long for the team’s road games.

The Quake will then return to Cody for the home opener Oct. 9, where Cody Mayor Matt Hall will drop the first puck, and an honorary jersey will be presented to Pinnacle Bank for sponsoring the team’s anniversary jerseys.

Due to COVID-19 protocols, the Quake will only be allowed 375 people in attendance at Riley Arena, less than half of the rink’s total capacity.

Quake host events to stay involved in the community during offseason

The Quake players kept themselves busy during the offseason, hosting its annual golf tournament, an inaugural Rubber Duck Derby, virtual alumni dinner, and a few other smaller events.

“We thought, ‘what can we do to get people involved?’” Oberlin said.

In the derby, a total of 1,641 ducks was purchased and $6,725 raised. The ducks were sent down the canal with Katy Brittain, the owner of the first-dplace duck, winning $625.

The Quake raised around $20,000 from its golf tournament held on Aug. 22 with 101 players participating in the scramble event. The Murphy family, Jake, Kevin, Sam and Luke, shot a 56 for the win.

“This town has always stepped up to be supporting of the kids,” True said. “It never ceases to amaze me.”

The team also held a cornhole tournament in City Park on Saturday with custom cornhole boards for sale and Quake players competing. James Blair and Joe Stringo won the event.

Oberlin said the team is now working out at the Barbell Club owned by Luke Krubeck, who provided them free memberships.

“It’s awesome, he’s excited to have the guys in there,” Oberlin said. “It’s just a great environment. It’s got that smell when you walk in there, it smells like a collegiate gym.”