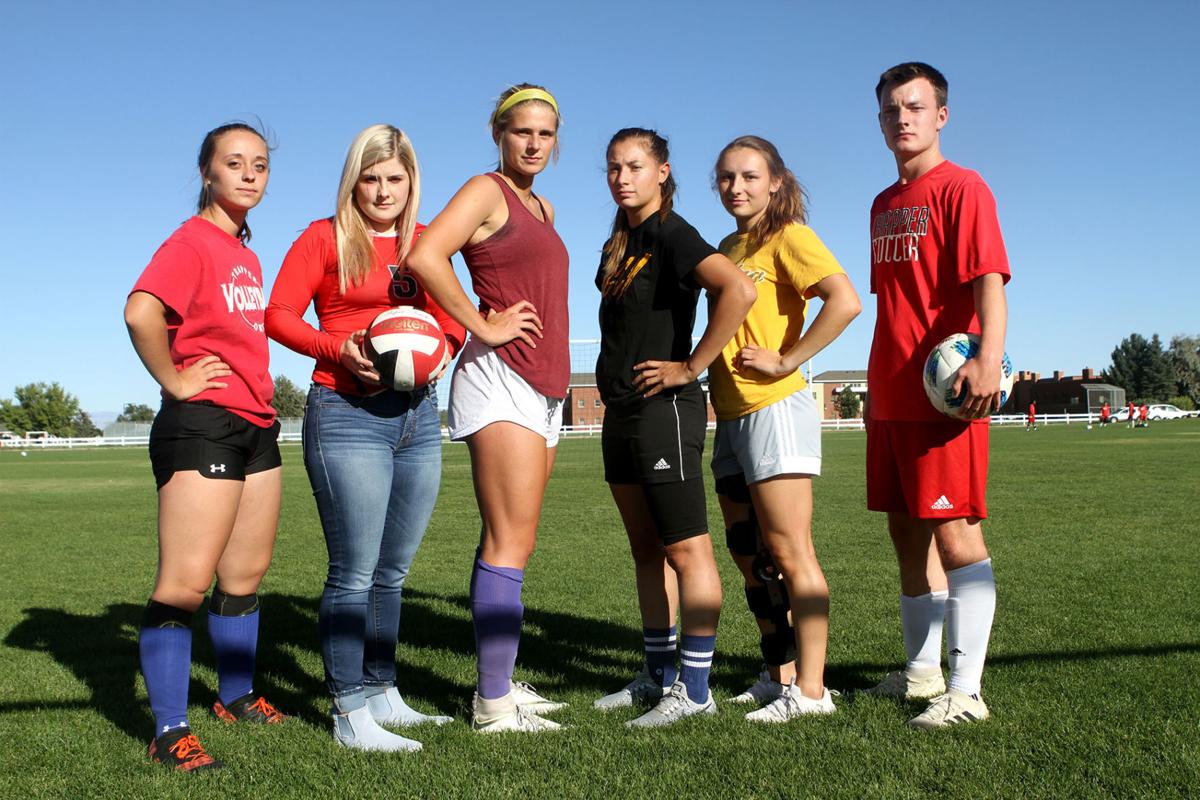 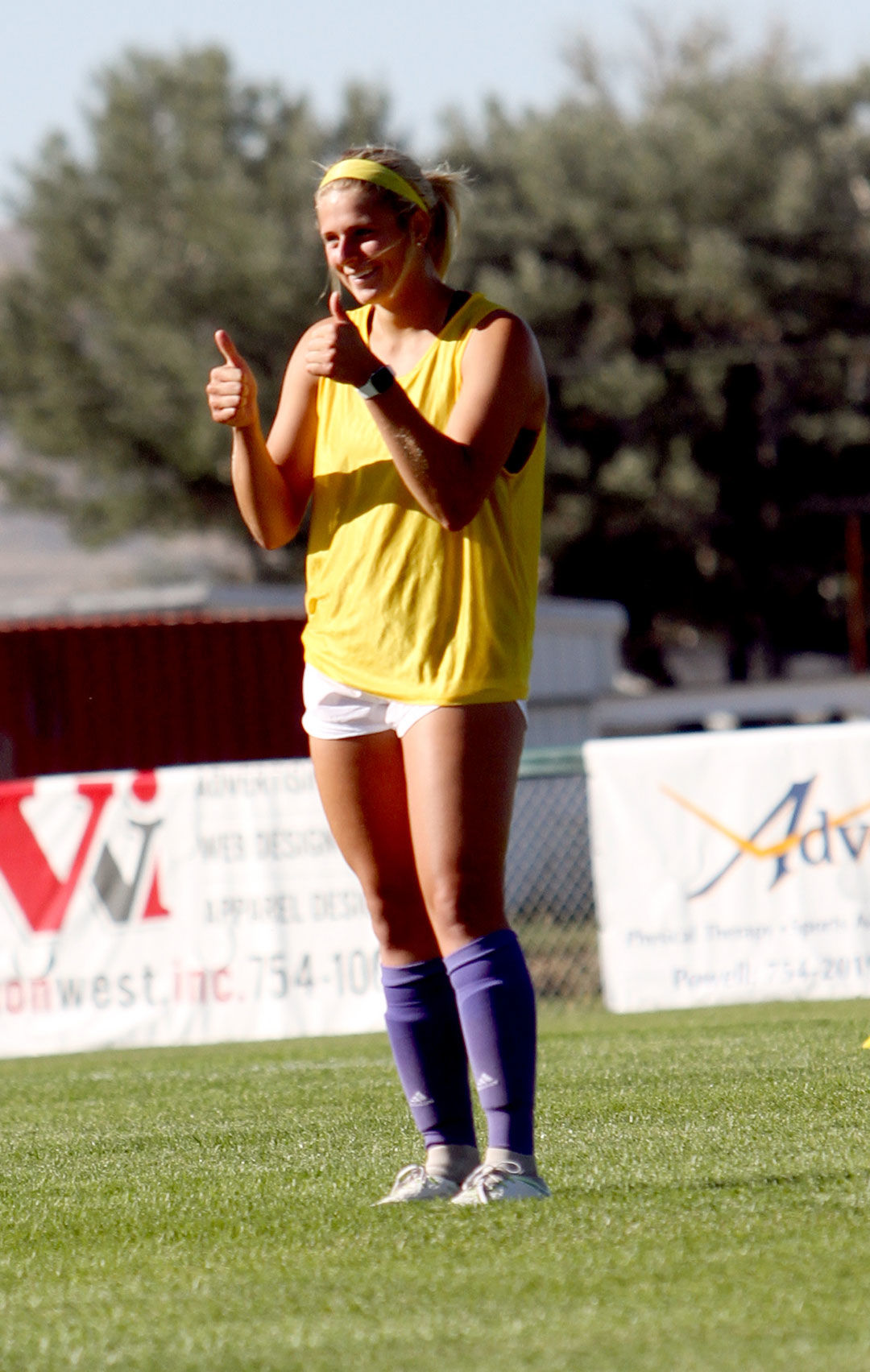 Genevieve Sauers gives a thumbs up during a recent NWC soccer practice.

Genevieve Sauers gives a thumbs up during a recent NWC soccer practice.

Six former Cody High School athletes are donning the Trapper red and white this fall season at Northwest College, likely the most former Broncs and Fillies to ever take the soccer field and volleyball court simultaneously in one fall season.

“It’s essential,” said volleyball coach Valerie Rivera. “Why wouldn’t you have a local family be able to be there, not only A, as a fan base, but to have them as a host family to have that development.”

It’s not uncommon to see a Cody or Powell athlete on a Northwest roster, but the combination of a high performing Filly soccer program mixed with a rebuilding Trapper women’s program bodes well for a pipeline relationship between the two teams.

Sauers and Novakovich are two returners to a soccer crew that is experiencing a bit of a renaissance this season. The team has won three games so far after going winless in the previous two seasons.

“The whole chemistry’s way different,” Sauers said. “We’re super good friends off the field and that ties into how we play on the field. We all work together really well.”

New women’s interim soccer coach Aaron Miller said he plans to make recruiting locally a priority moving forward, but it was actually Sauers who convinced Brantz to join the team, even though she didn’t play soccer her senior high school season because of a job.

“They were short (on) people so it just kind of worked out,” Brantz said. “I missed it a lot and it’s kind of a God send that I get to play again.”

Blaylock had a similar entry to the volleyball program, making a last second decision to change schools.

“I was going to Sheridan College, but then I decided to walk on (at Northwest) about a month ago,” she said. “I just wanted to be closer to home.”

Even though she is now at NWC, she still has the opportunity to stay close with her former CHS teammates.

“I talk to a lot of the volleyball girls,” she said. “I love to hear their stories.”

No matter what level of sport an athlete plays at, suffering an injury is always a risk. After a strong freshman season last year, Novakovich was reminded of this fact in a rather difficult way this season after bruising a bone in her tibia during an early season scrimmage. It may be a season-ender, which as difficult but made a little better by the fact this season has been much better otherwise.

She said a big reason behind the change has been the cohesive leadership Miller has provided, aiming to build a link between players on and off the field.

“He makes time for fun,” Novakovich said. “We had a pep rally for all the sports at the beginning of the year and when we were travelling through Gillette we stopped and watched the volleyball team play.”

Dowling is also a veteran in his sophomore season. He said he has no regrets about choosing college athletics and recommends any high school athlete on the fence about the topic to make the plunge.

“It’s just really fun to play at this level,” Dowling said. “Just give it a try, try at least one time. You never know what you can do once you get here and how you can develop.”

One of the most obvious benefits for a Cody student choosing Northwest is the close proximity. In true freshman fashion, Blaylock said she has been taking full advantage of this and has attended a few Cody volleyball games. Similarly, Dowling said he is able to appease his mom and recently spent his 20th birthday at home.

Sauers, Brantz and Prosceno on the other hand said they haven’t made it back to Cody much this fall.

“It’s like I’m at UW or something like that where I’m close, and it’s a familiar area, but it’s like I’m somewhere else, because of how busy we are between school, studying and soccer and different activities through the college,” Brantz said.

Sauers spent most of this past summer training for soccer out-of-state and now the thought of playing at a four-year school next fall is already starting to enter her mind.

“Your freshman year, you kind of learn how to be away from home for a bit and then sophomore year you’re really like, ‘OK I know how to do this, now let’s do it again,’” Sauers said. “I do miss my family but it’s part of the experience of growing up.”