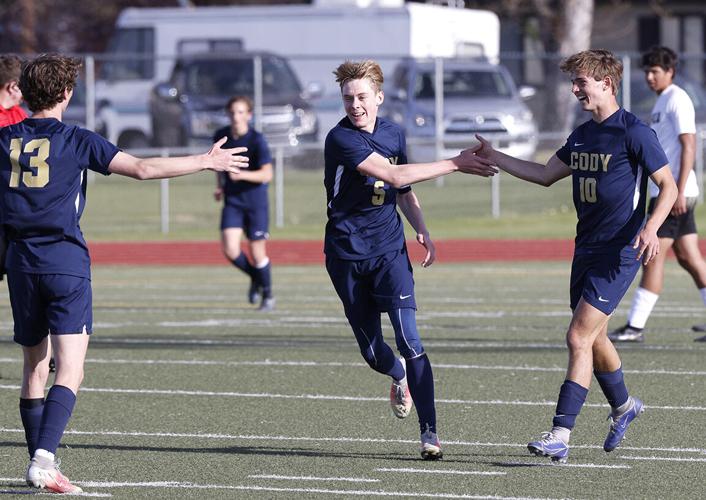 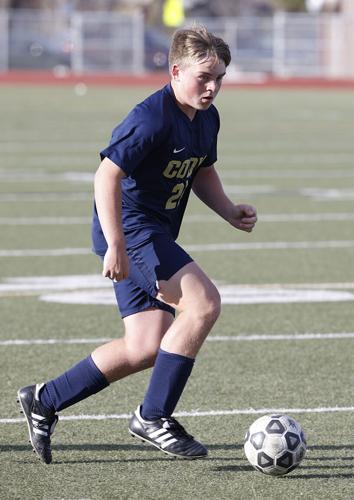 Connor Moss moves up the field. 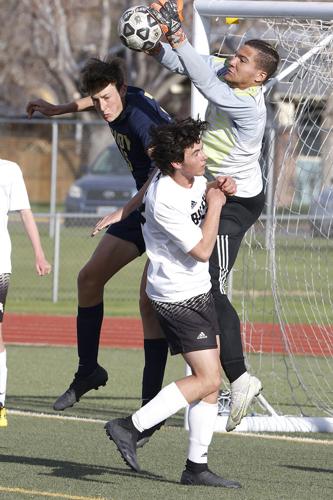 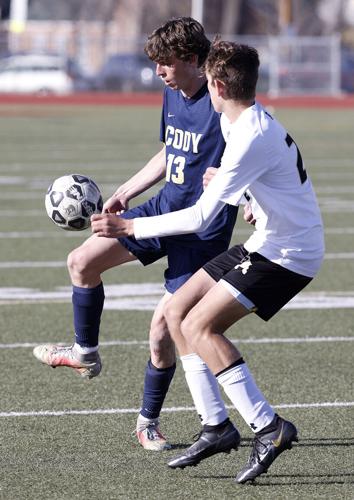 Connor Moss moves up the field.

The Cody boys soccer team will look to shake off a 7-0 loss to No. 1 ranked Worland to end the regular season Saturday as they head into the state tournament this weekend.

The Broncs started the weekend, however, with a 1-0 victory on Friday over Buffalo at home on senior night.

“The score against Buffalo didn’t necessarily reflect how the game went,” senior CJ Dominick said after his final home appearance. “I thought we were outplaying them the whole game, but they were a solid team, and it was a fun game.”

The Broncs appeared to outplay the Bison throughout the first half, but couldn’t quite punch it in despite a few scoring opportunities.

Dominick launched a long shot that went just over the crossbar eight minutes in.

Fellow senior Jackson Gail fired a shot that nearly crept over the goal line after the initial stop by the Bison keeper with 13 minutes to go in the half, but both teams eventually played to a 0-0 tie after the first 40 minutes.

Cody keeper Evan Owen started out the second half with one of a number of solid saves, and junior Matt Nelson finally got the Broncs on the board a little less than 10 minutes into second half.

Owen kept the Bison scoreless throughout the rest of the final 40 minutes, highlighted by a diving save with just four minutes remaining in one of Buffalo’s best opportunities of the game to help the Broncs hold on for the 1-0 win.

“Both goalies played well in that game,” Gail said. “Buffalo’s goalie was a big reason why we didn’t get a lot of goals in that game. He is a good keeper.”

Before the game on Friday, Cody’s seniors Dominick, Gail and Trace Goodwin were honored.

“It has been fun playing with a lot of younger kids and just getting better every year of playing for this team,” Gail said. “Sometimes it’s hard. Sometimes it’s frustrating, but there have been some great moments.”

Dominick said it was bittersweet playing in his final home game.

“I’ll miss playing soccer with my teammates, but as a senior I am kind of excited to move on with life and see what it has in store for me.”

On Saturday against Worland, it was the same story most teams head home with when they visit the Warriors’ field.

“We always kind of struggle on the road against Worland,” Dominick said. “The field isn’t proper dimensions, it’s grass, and we kind of struggled with that. They kind of took it to us. It was their senior night.”

Worland jumped out to a 6-0 lead in the first half, adding one more in the second in the win.

“We had so many opportunities, we just couldn’t capitalize,” Gail said. “Our defense is holding up pretty well, but it’s going to be hard going into state.”

The Broncs have already faced plenty of hard situations, but as the third seed out of a dominant West Conference, may end up getting a relatively favorable matchup to start out the state tournament.

The Broncs will face No. Douglas. A win will set them up for another matchup with Worland.

“We are pretty resilient team,” Dominick said. “We can bounce back. It will be nice getting another shot at Worland on turf and on a regular field. We are looking forward to that opportunity.”