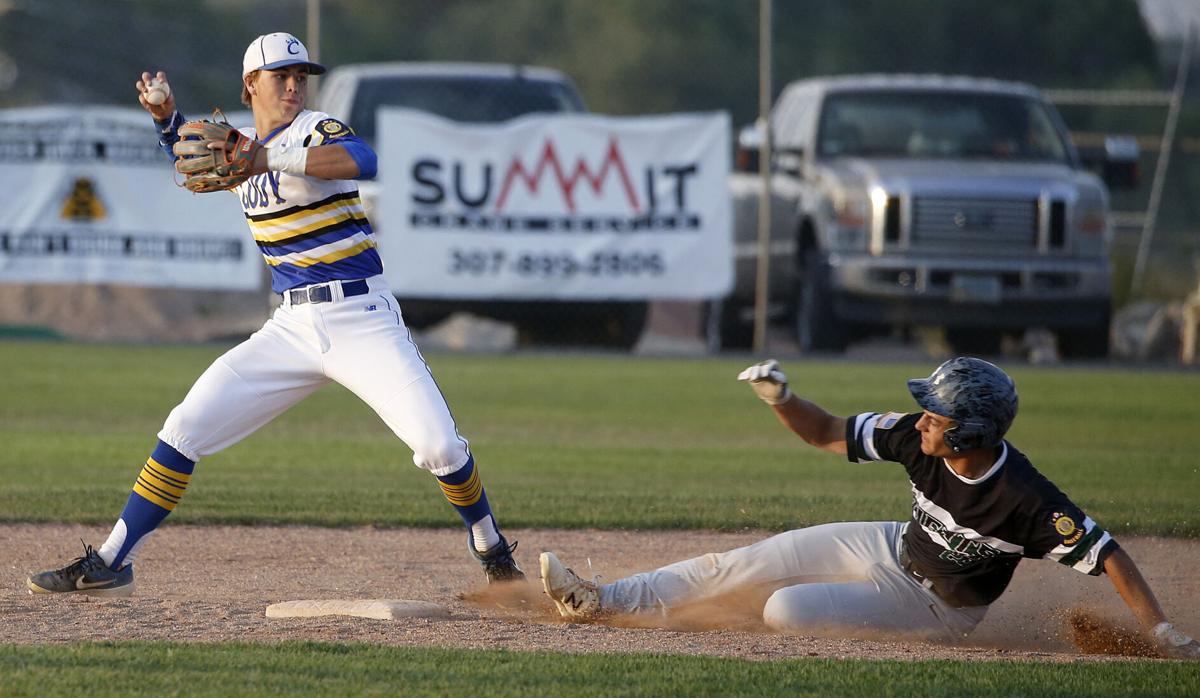 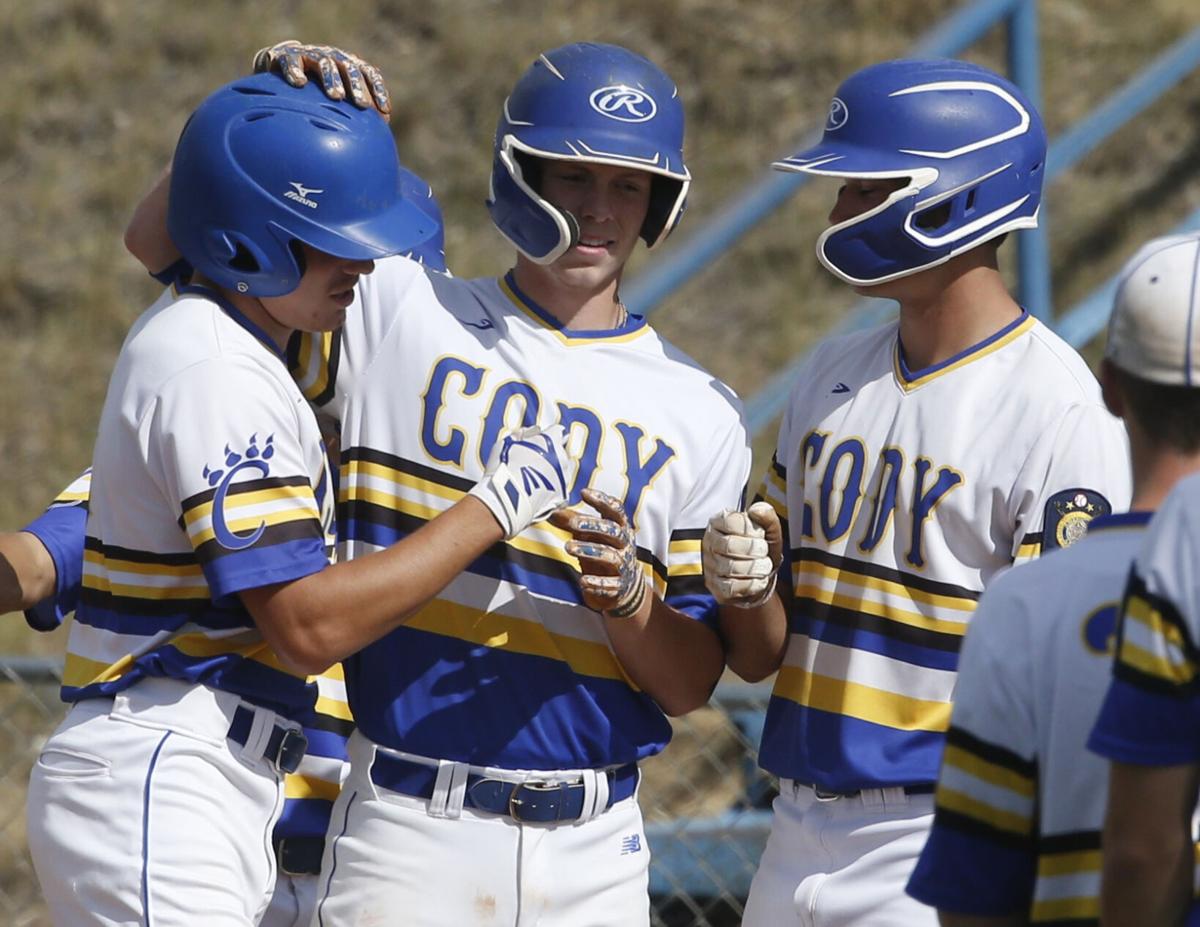 Cody Phillips (center) and Tristan Blatt celebrate with Jared Grenz after he hit a three-run homer against Riverton. 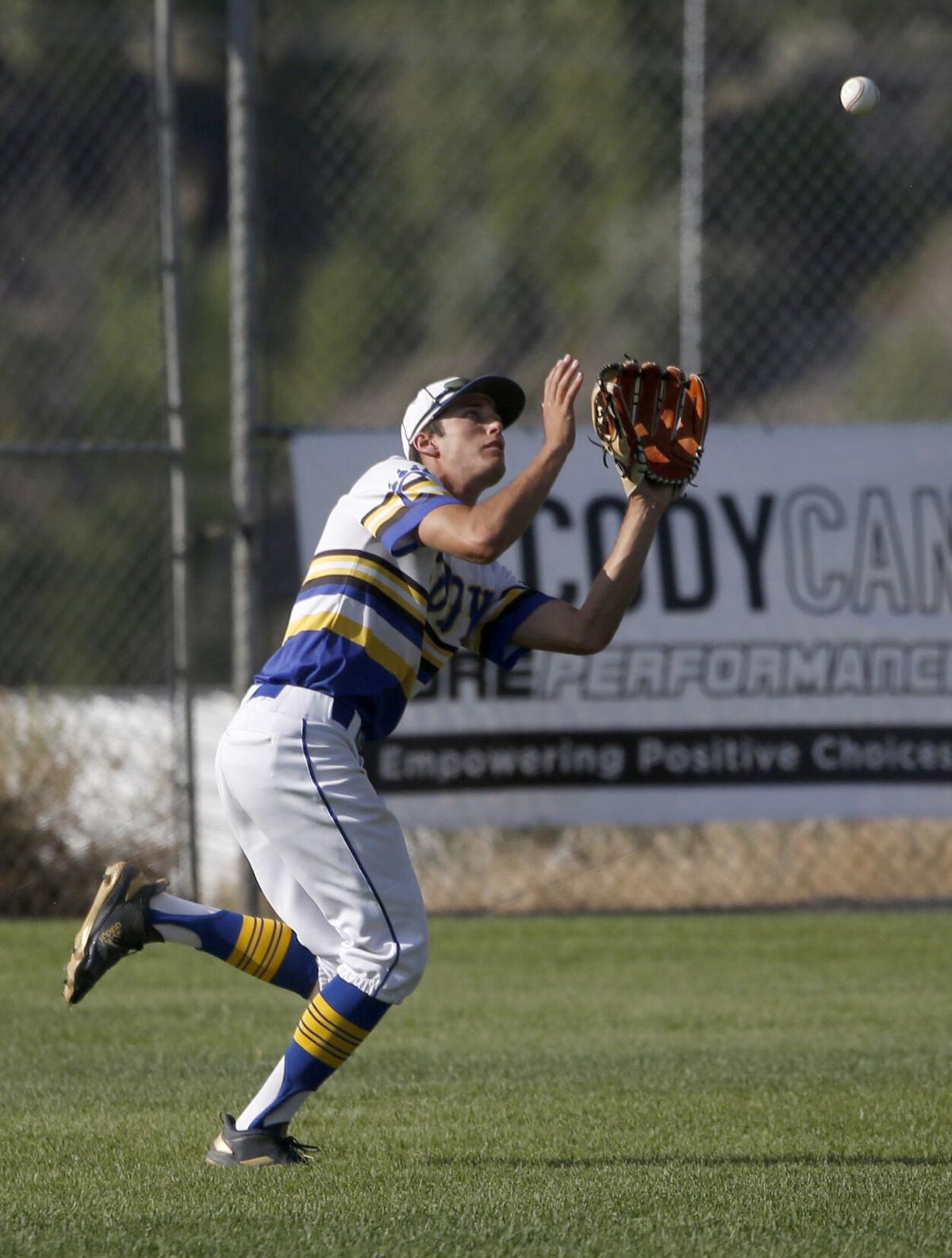 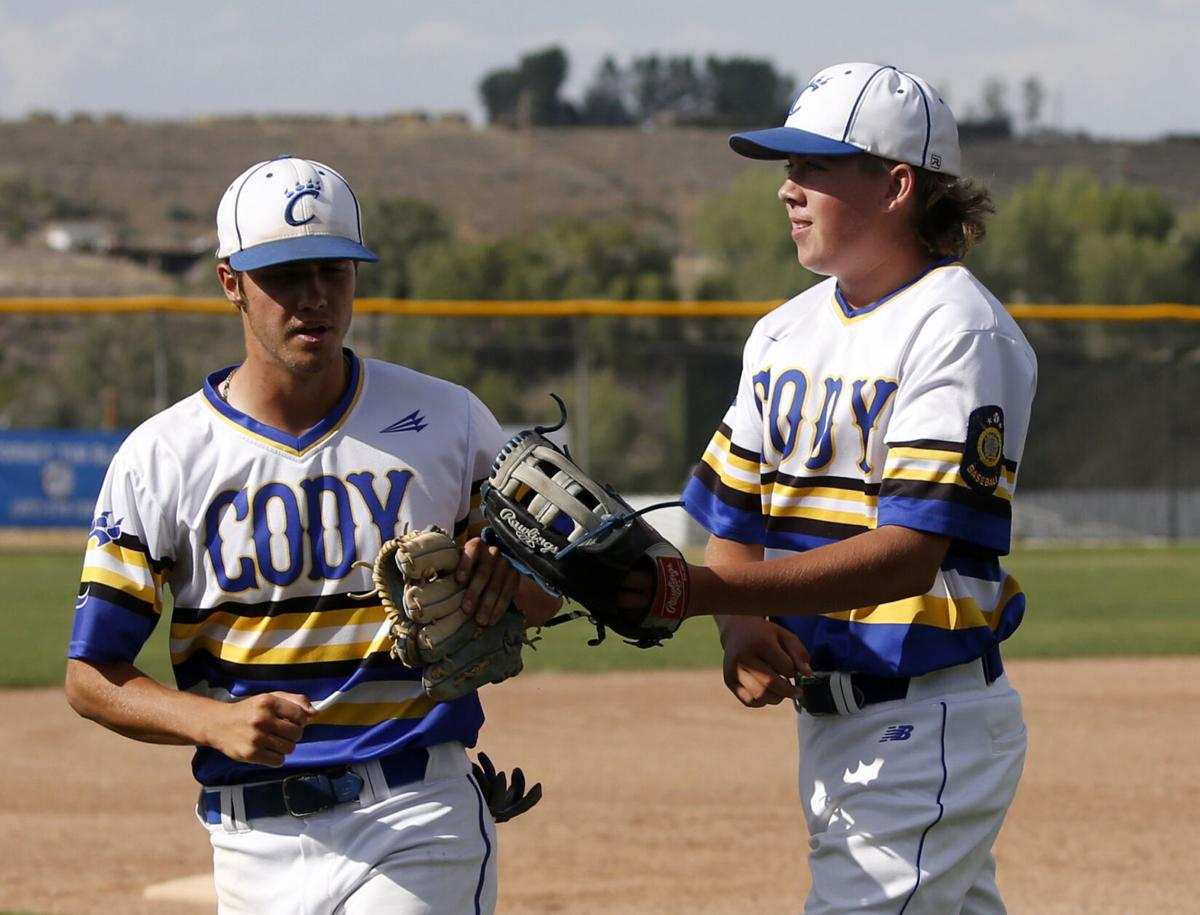 Ethan Johnston bumps gloves with pitcher Chance Moss at the end of the third inning. 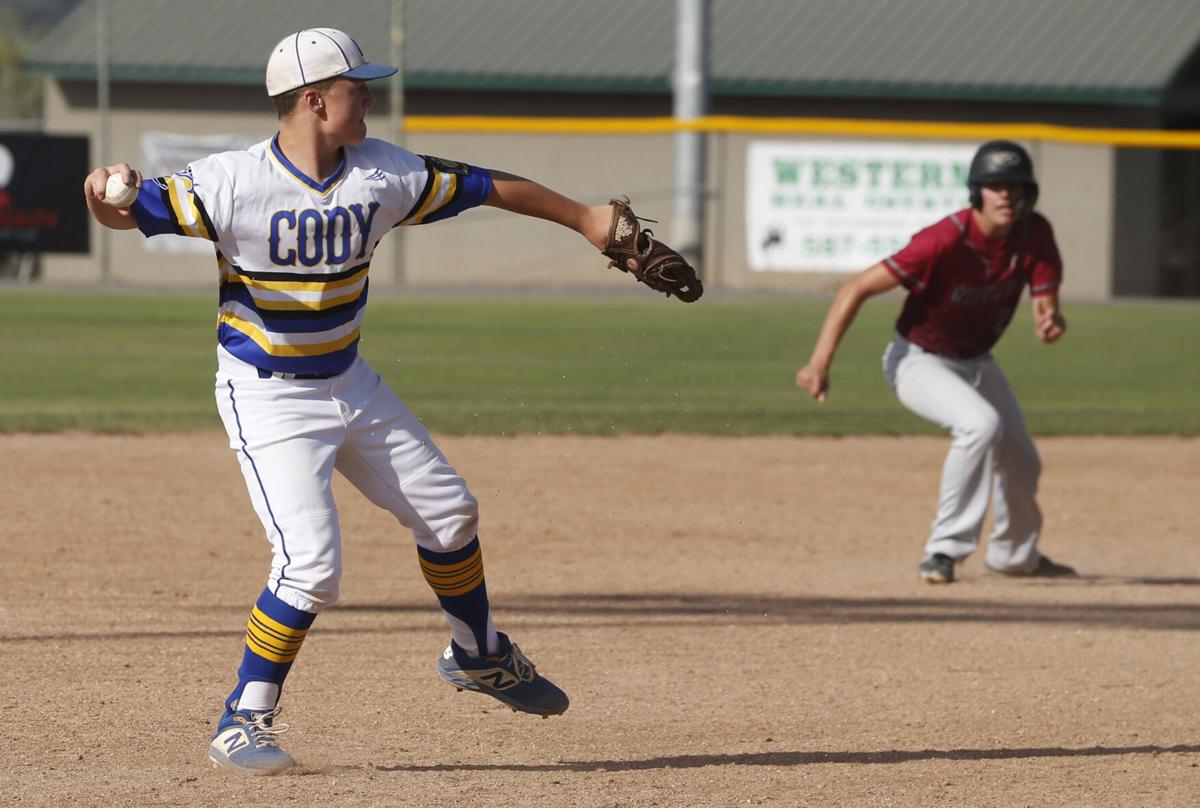 Third baseman Logan McLeod prepares to throw to first base. 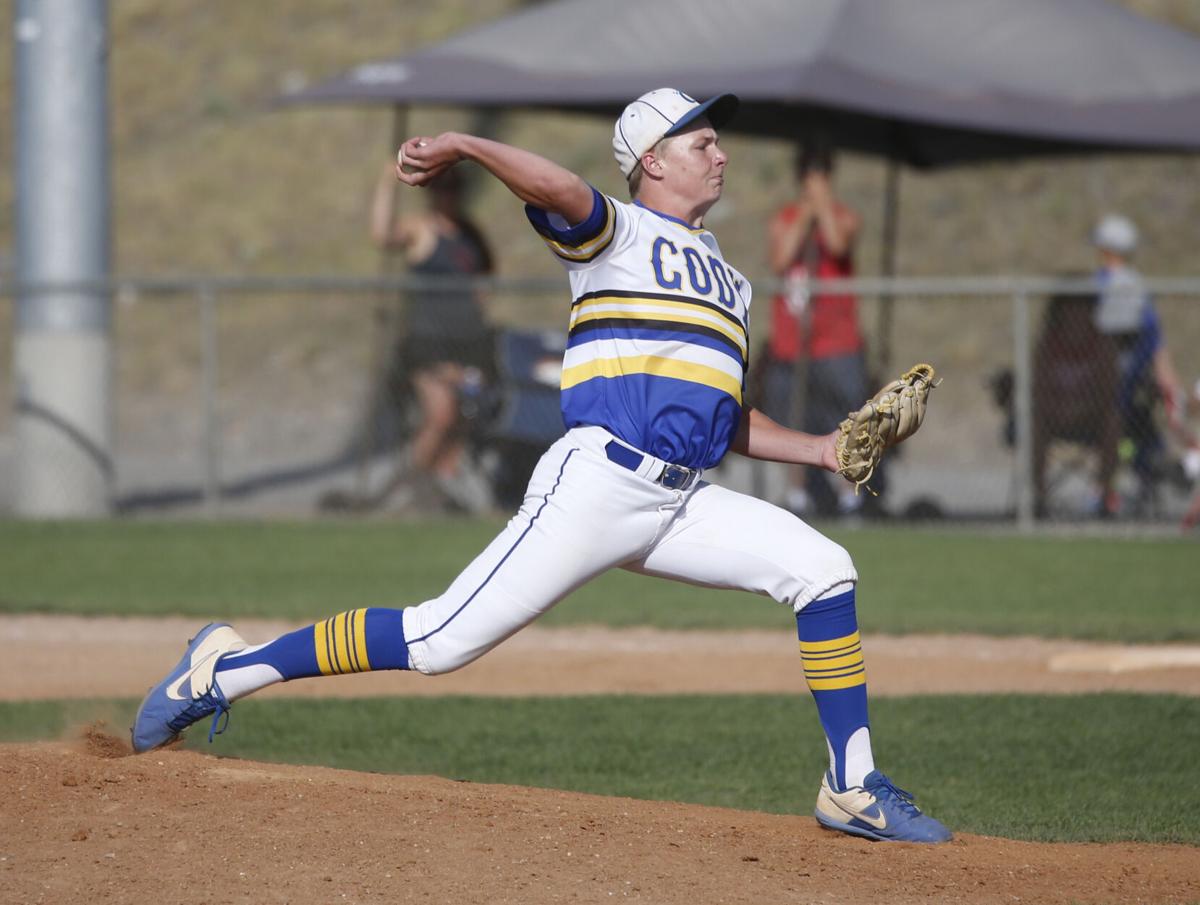 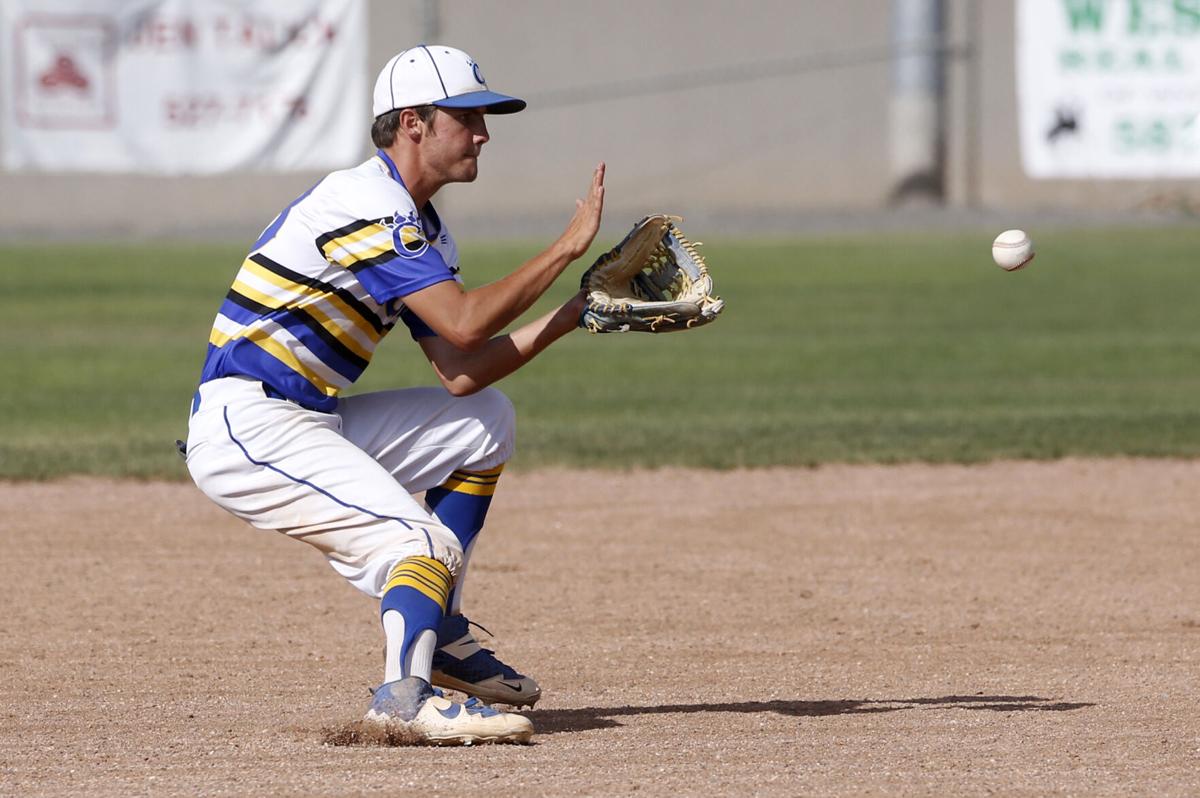 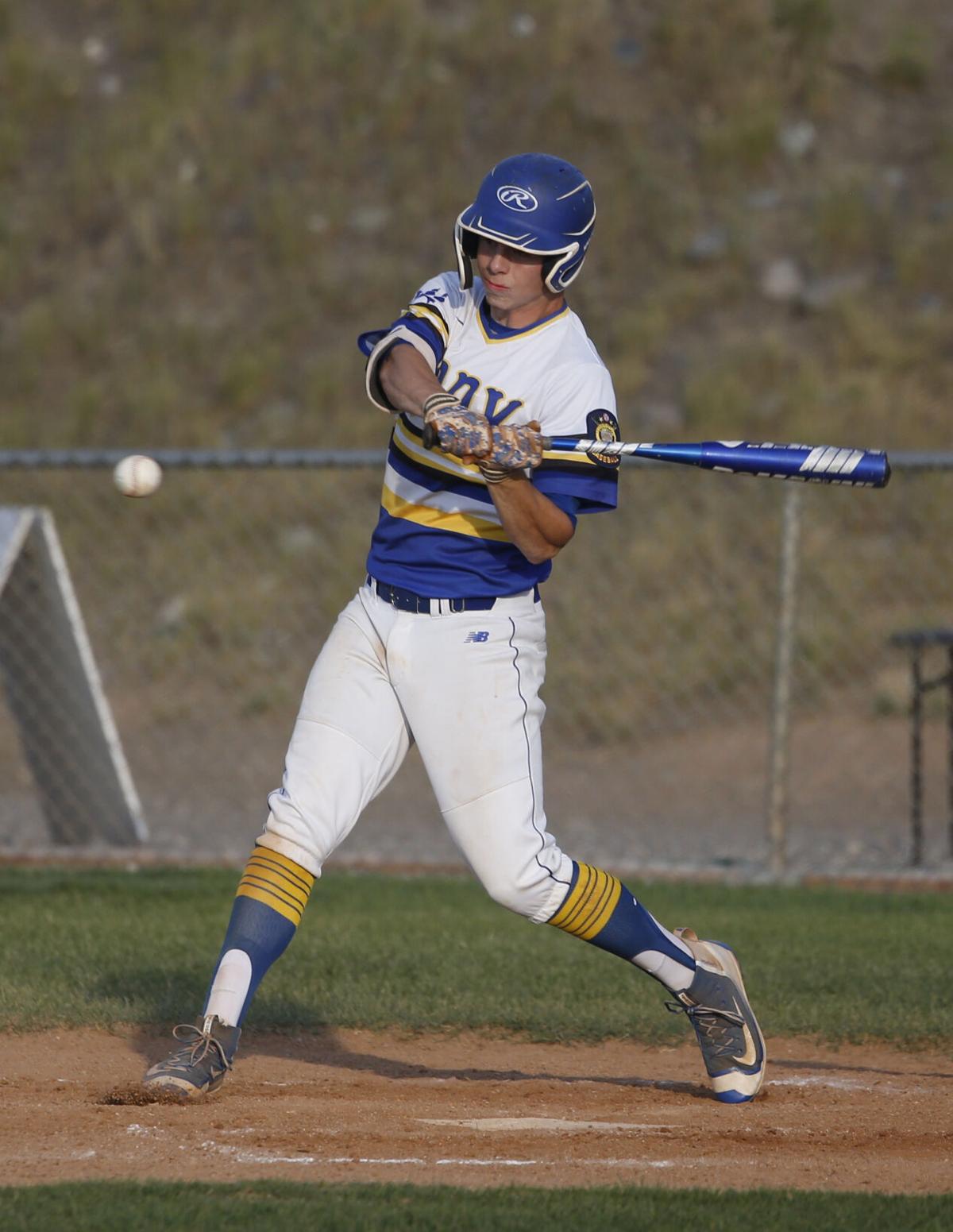 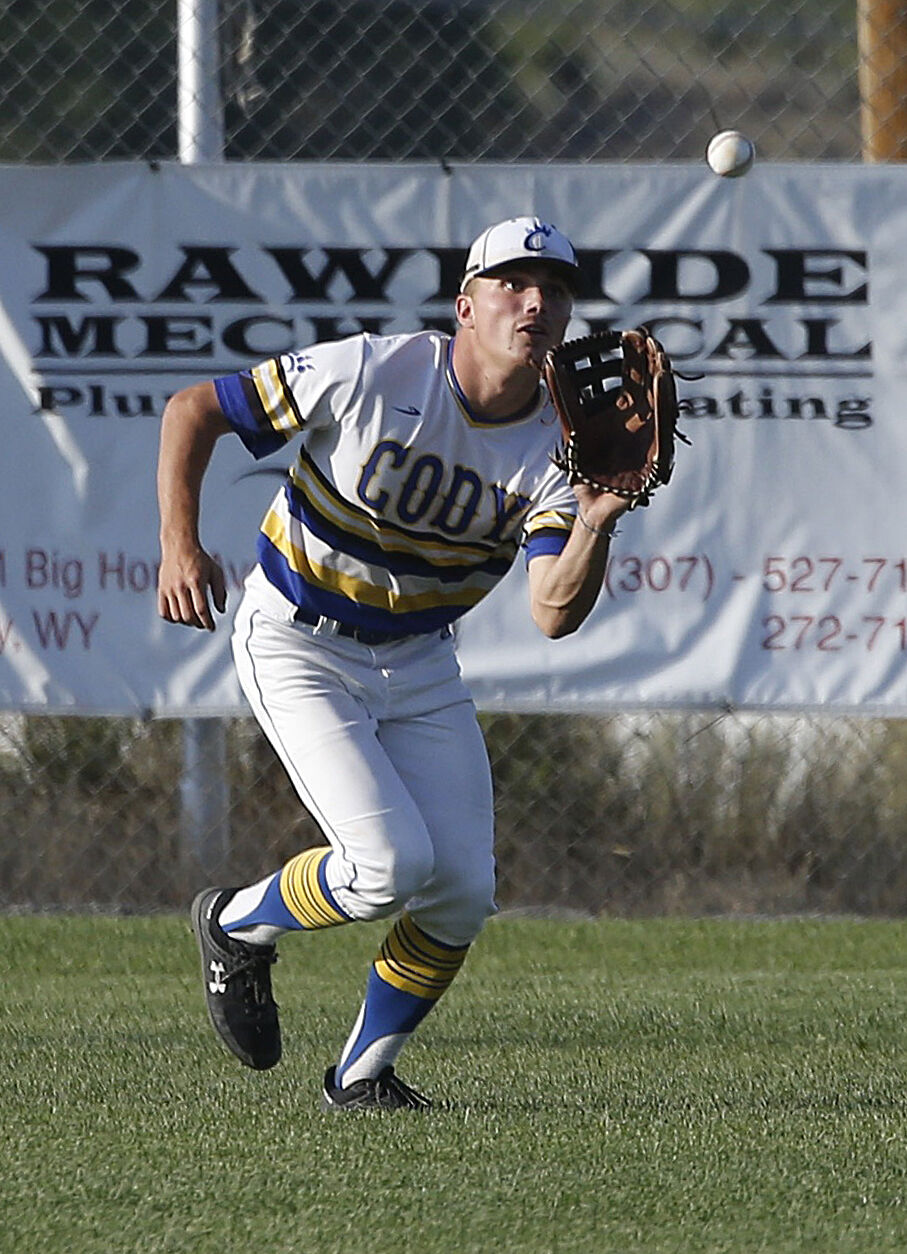 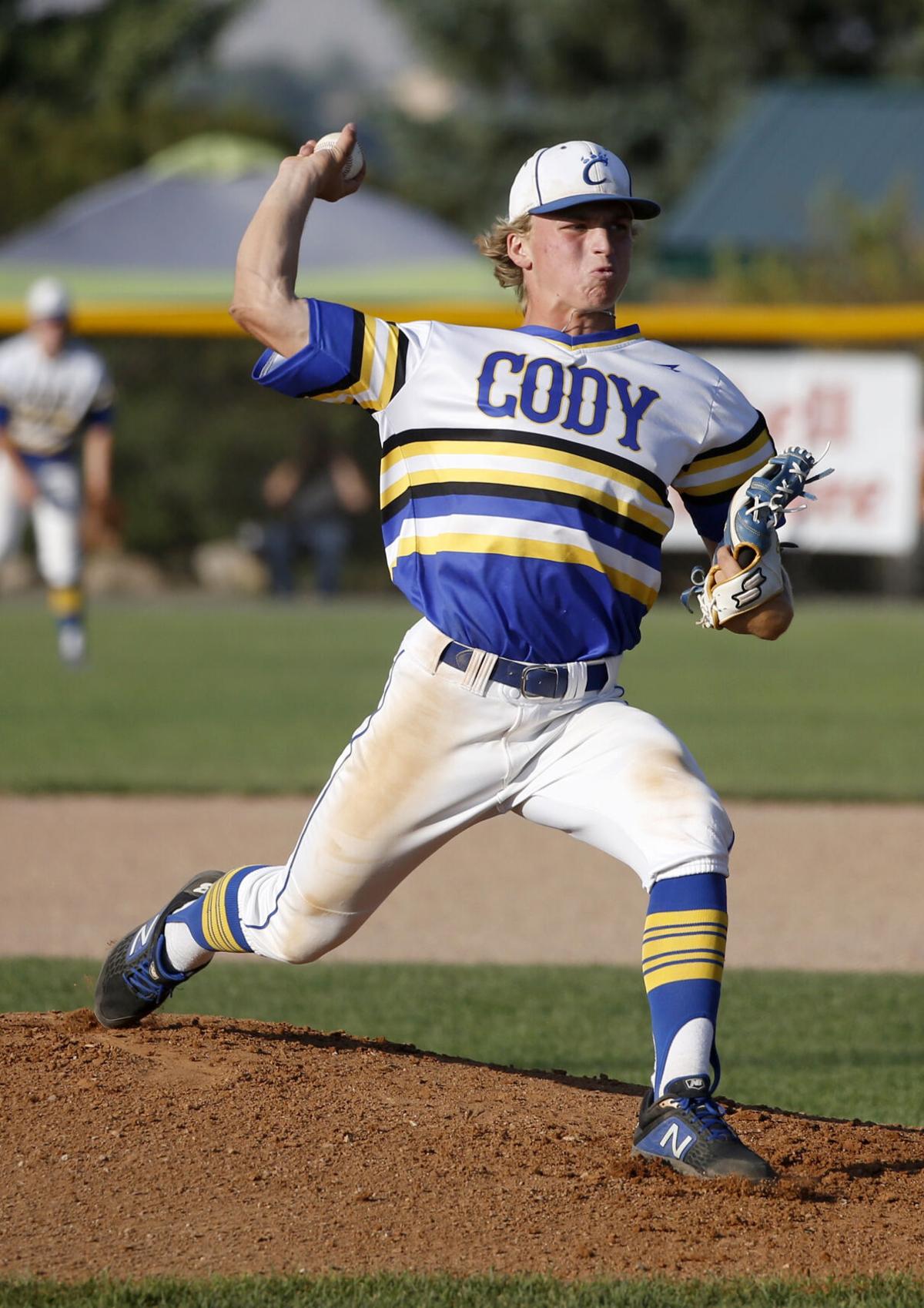 Cody Phillips (center) and Tristan Blatt celebrate with Jared Grenz after he hit a three-run homer against Riverton.

Ethan Johnston bumps gloves with pitcher Chance Moss at the end of the third inning.

Third baseman Logan McLeod prepares to throw to first base.

The Cody Legion baseball team wanted to come out strong in its opener of the West District Tournament on Friday.

The Cubs did just that against Riverton, exploding for 14 runs in the first inning and going on to win 18-6. They carried the momentum into the second game as well, winning 13-1 over Green River.

“We knew we wanted to come out strong, but we didn’t expect that,” Ethan Johnston said of the Riverton game. “We just kept hitting the ball like we always do and they got a little down on themselves.”

Three straight walks and an error got Cody on the board quickly. Then the bats got going. Tyler Grenz hit a two-run double, and Devyn Engdahl, Jack Schroeder and Dominic Phillips brought in runs with singles to make it 7-0. A walk, double by Cody Phillips and error made it 9-0.

With no outs, Riverton was forced to put in a new pitcher and on his second pitch of the day, Jared Grenz hit a three-run homer to center. Two more walks and doubles by Tyler Grenz and Schroeder made it 14-0 – still no outs. The Raiders got the next three batters to finally get out of the inning.

“The first game, it was good to put up a lot of runs early,” coach Grenz said. “It takes a lot of pressure off. Everyone settled in and played solid baseball.”

Riverton scored three in the first on an error and home run.

“After that long inning they were able to put up three, but then we did a good job of shutting them down,” Johnston said.

In the second, Cody put up one run after Ethan Johnston hit a triple to center and scored on a single by Jared Grenz. The Cubs put up two more in the fourth on a walk and doubles by Engdahl and Logan McLeod.

Cody’s final run came in the fifth on a double by Cody Phillips and sac fly by Jared Grenz.

Riverton scored two on a double in the fourth and one in the fifth on a solo homer.

“It was good to get some quality innings out of Chance,” coach Grenz said.

The Cubs scored in every inning on their way to an early win in the second Friday game.

“We kept our energy up the whole game,” Cody Phillips said.

Cody scored one run in the first on an error and single by Tristan Blatt. Green River tied the game in the bottom of the inning on two singles and a sac bunt.

Schroeder was hit by pitch to start the second and scored on a single by Hayden Bronnenberg. Cody Phillips then hit a double. An error by the shortstop brought in one run, another scored on a passed ball and the final run of the inning came in on a sac fly by Blatt.

“Green River came out with a lot of energy, but once we put up  a lot of runs we put an end to that,” Phillips said.

Cody loaded the bases with two walks and a single by Schroeder in the third. Two scored on a double by Cody Phillips and another run on a fielder’s choice.

Four walks, a double by Johnston and two hit batters made it 12-1 in the fourth. The final run came in the fifth after a hit batter, walk and fielder’s choice.

At the plate Cody Phillips went 2-3, and Schroeder and Blatt 1-2.

Tyler Grenz pitched all 5 innings, giving up one run on two hits.

“Tyler pitched a good game,” coach Grenz said. “I thought he got better as the game went on, which is good to see out of a starter.”