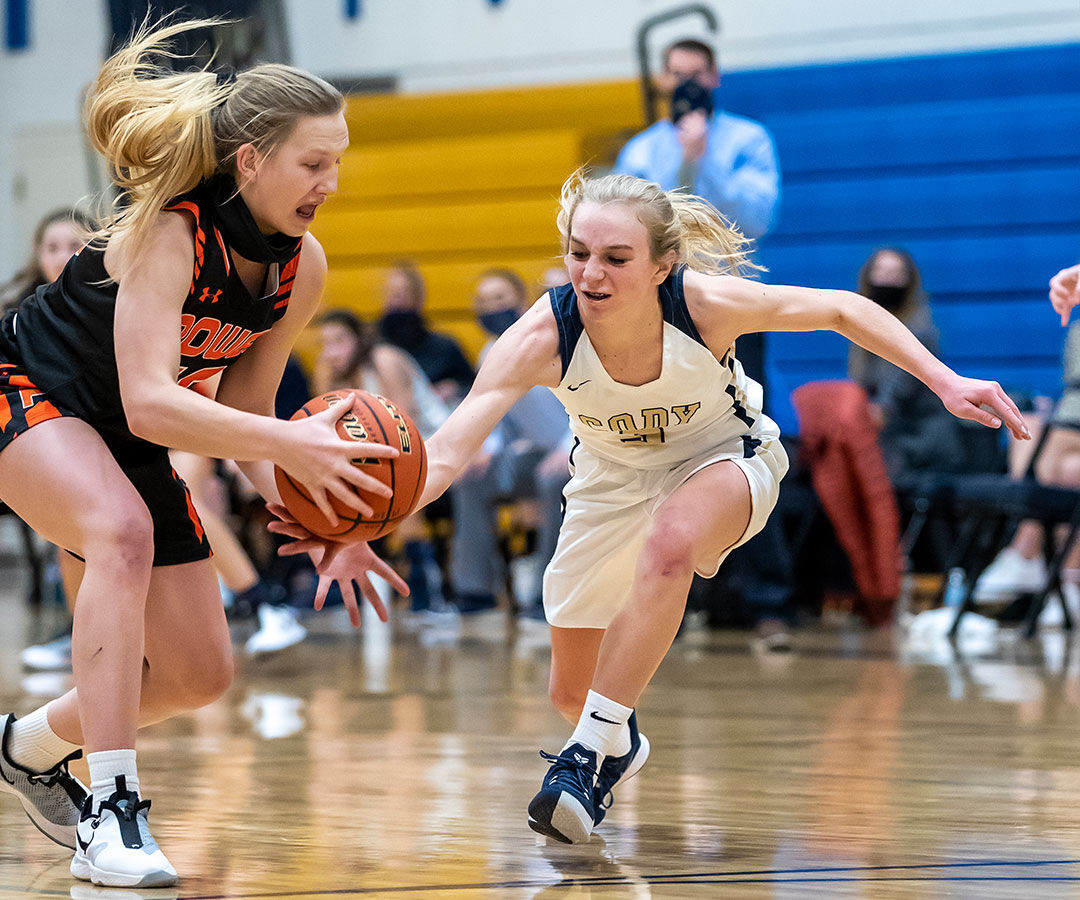 Freshman Molly Hays swipes the ball from a Powell player during a win Thursday at Sweitzer Gym. 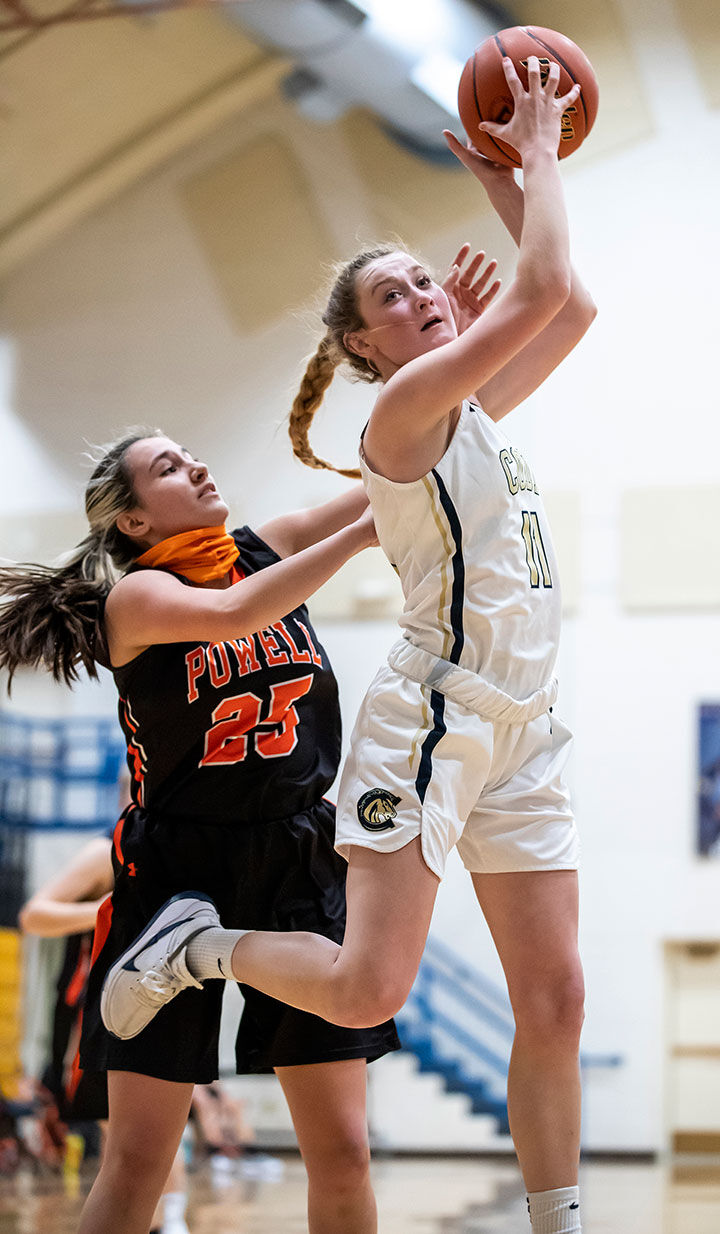 Freshman Molly Hays swipes the ball from a Powell player during a win Thursday at Sweitzer Gym.

The Cody girls basketball team won’t win games based on size, but so far this year its depth and speed are taking their toll on the opposition.

“We all contribute different things but we all have that fire,” said junior Lake Harrison.

After a 2-0 stretch that included their first home win and first win of the year against a 4A team, the Fillies (3-1) are heating up. Cody ran past Powell  43-17 on Thursday at home and slipped by Sheridan 57-50 on the road.

Cody doesn’t just try to prevent the other team from scoring. When the defense works as planned, the Fillies often keep the opposing team from crossing half court.

Thursday night, Cody showed off for the home crowd for the first time this season, keeping Powell scoreless for more than 12 minutes  to start the game in a 43-17 win at Sweitzer Gym.

Kennedi Niemann led Cody with 13 points, Harrison added nine, Molly Hays and Izzy Radakovich eight as most of the Fillies saw playing time from the get-go to keep an up-tempo offense.

“When you’ve got fresh legs off the bench, coach says you can always go hard,” said sophomore Reece Niemann, who played big minutes off the bench.

Cody opened the game in a full-court press and often forced the Lady Panthers (1-2) to turn the ball over before they could cross half court. Torrie Schutzman opened the scoring with a corner 3-pointer and Harrison came off the bench in the first quarter to sink an open trey and finish off a steal with a fast-break layup for a 15-0 Cody lead after one.

Harrison said she needed that success after missing most of last season with an injury and struggling on the opening weekend. Her 3-pointer from the top of the arc helped ease the frustration.

Harrison sank a shot in the paint midway through the second to put the Fillies ahead 25-0. Powell lit up the scoreboard soon after on a putback by Powell freshman Addy Thorington, who started a 6-0 run that included her making multiple blocks.

Kennedi Niemann, who led Cody with 11 first-half points, brought the Powell run and the half to an end when she pump faked to get by a defender and sank a jump shot for a 27-6 Fillies lead at the half.

Harrison added seven points in the half and nine Cody players took the court to keep up the fast pace on both ends.

Hays ended the Cody drought with a pair of free throws with 6:05 remaining, sparking a Cody run to end any doubts. Radakovich powered the run with a baseline layup and putback and Harrison blocked a Powell shot, grabbed the ball and ran it to the other end for a layup to cap a 10-0 run that securely put the game away.

Cody won its first 4A game of the year Saturday, defeating Sheridan 57-50 on the road in a back-and-forth affair.

Cody led 13-11 at the end of the first quarter, starting the game on a trey from Bower and finishing with a layup from Radakovich.

Sheridan (2-1) took the lead in the second, but the Fillies stayed close, with Ally Schroeder sinking a jump shot late in the half for a 25-21 Sheridan lead halfway through. Hays, Kennedi Niemann and Radakovich each scored four in the first half.

Hays kept Cody in the game in the third, scoring eight points in the quarter, including the final two with less than a minute left, as Sheridan took a 38-35 lead going into the final quarter.

The freshman has already made her mark as a key player.

“I would just like to be a leader on the floor, play for the team,” she said. “I want to bring energy and enthusiasm.”

Cody rallied in the fourth, taking a five-point lead with just over six minutes remaining on a 3-point play with a jumper by Schutzman.

It was a back-and-forth end to a tight game. Kennedi Niemann hit a pair of free throws for a 46-45 lead with 4:44 to go and after another Sheridan score, Bower sank a trey to give Cody a 49-47 lead. Niemann scored twice more and with 1:04 to go the Fillies had built a 53-47 lead, their biggest of the game.

Cody was able to salt it away with free throws, capping off a 22-point fourth quarter.