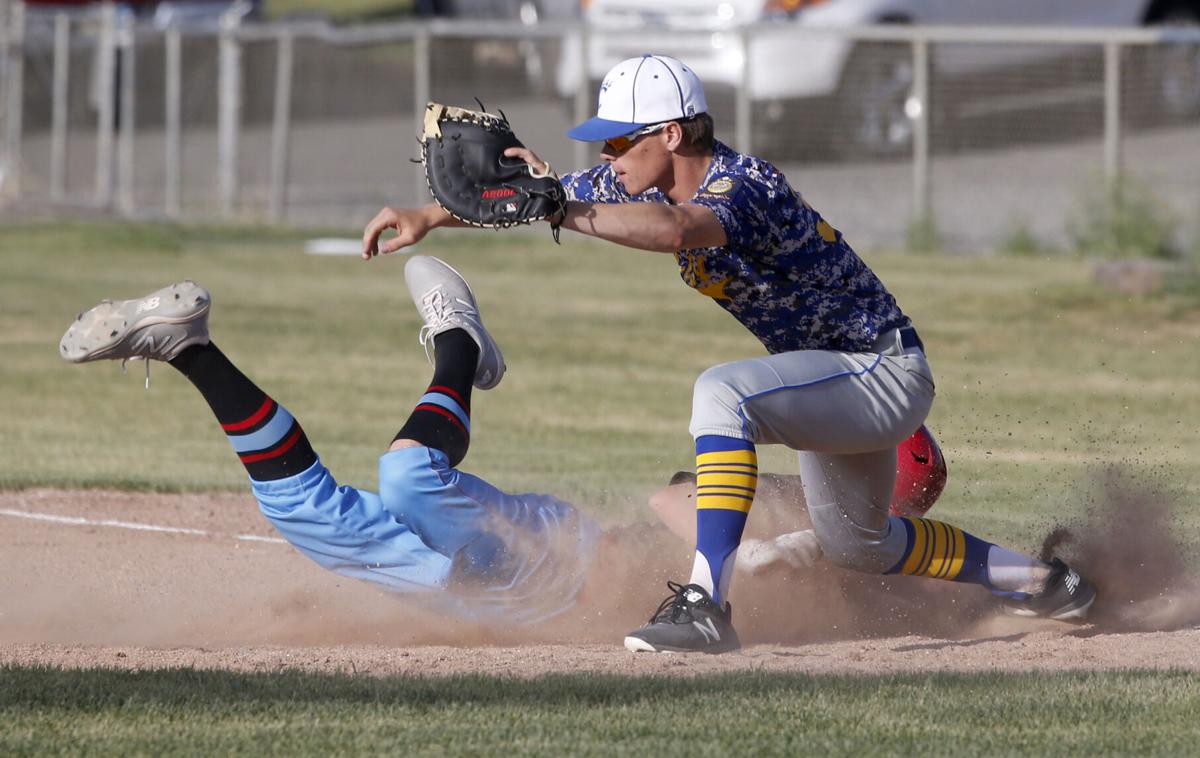 Hayden Bronnenberg gets and out at first as a Sheridan player dives back to the base to tag up. 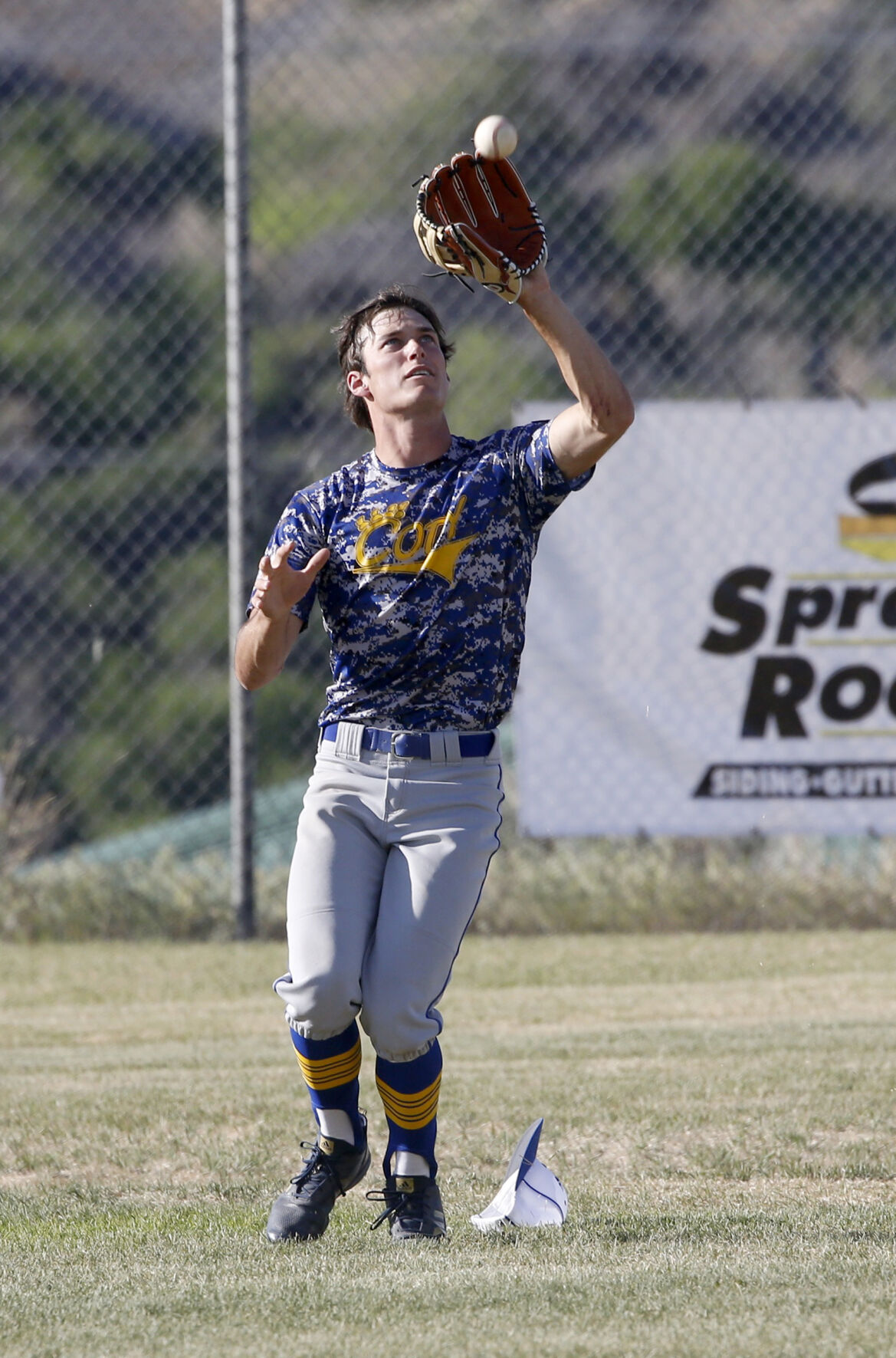 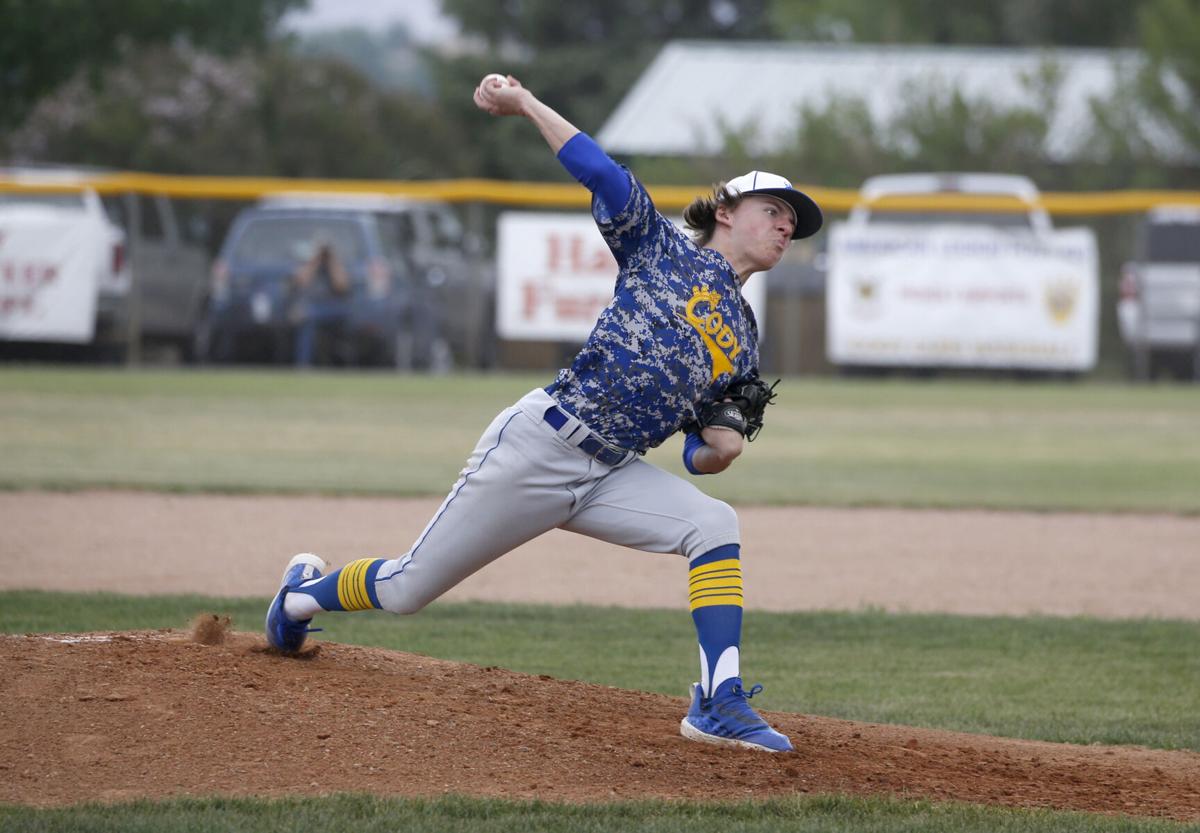 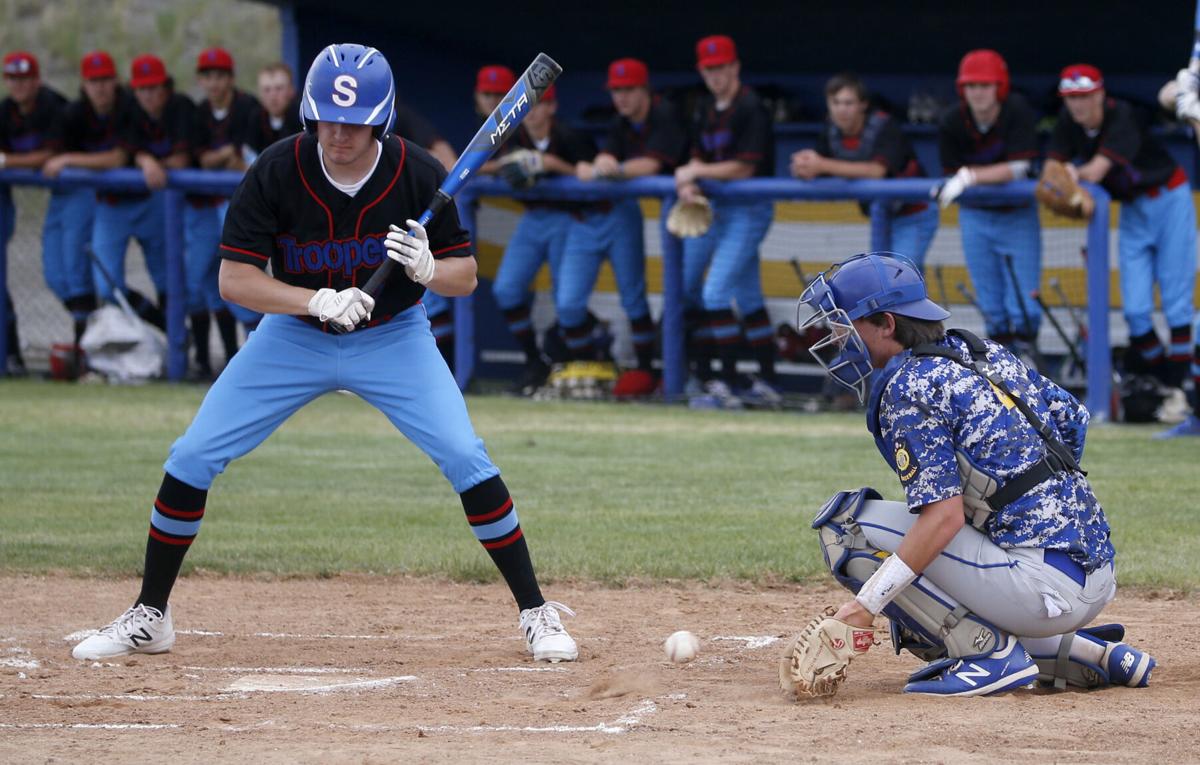 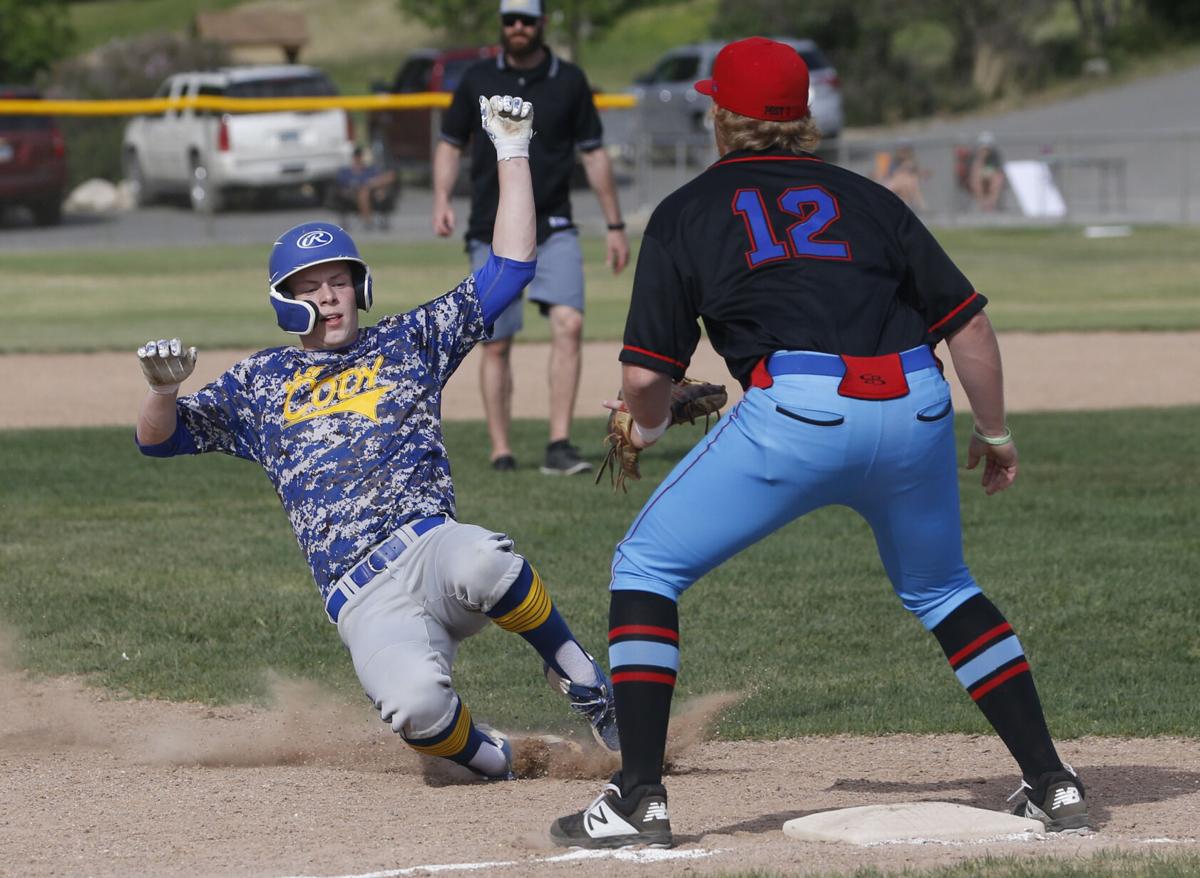 Cody Phillips slides into third base. 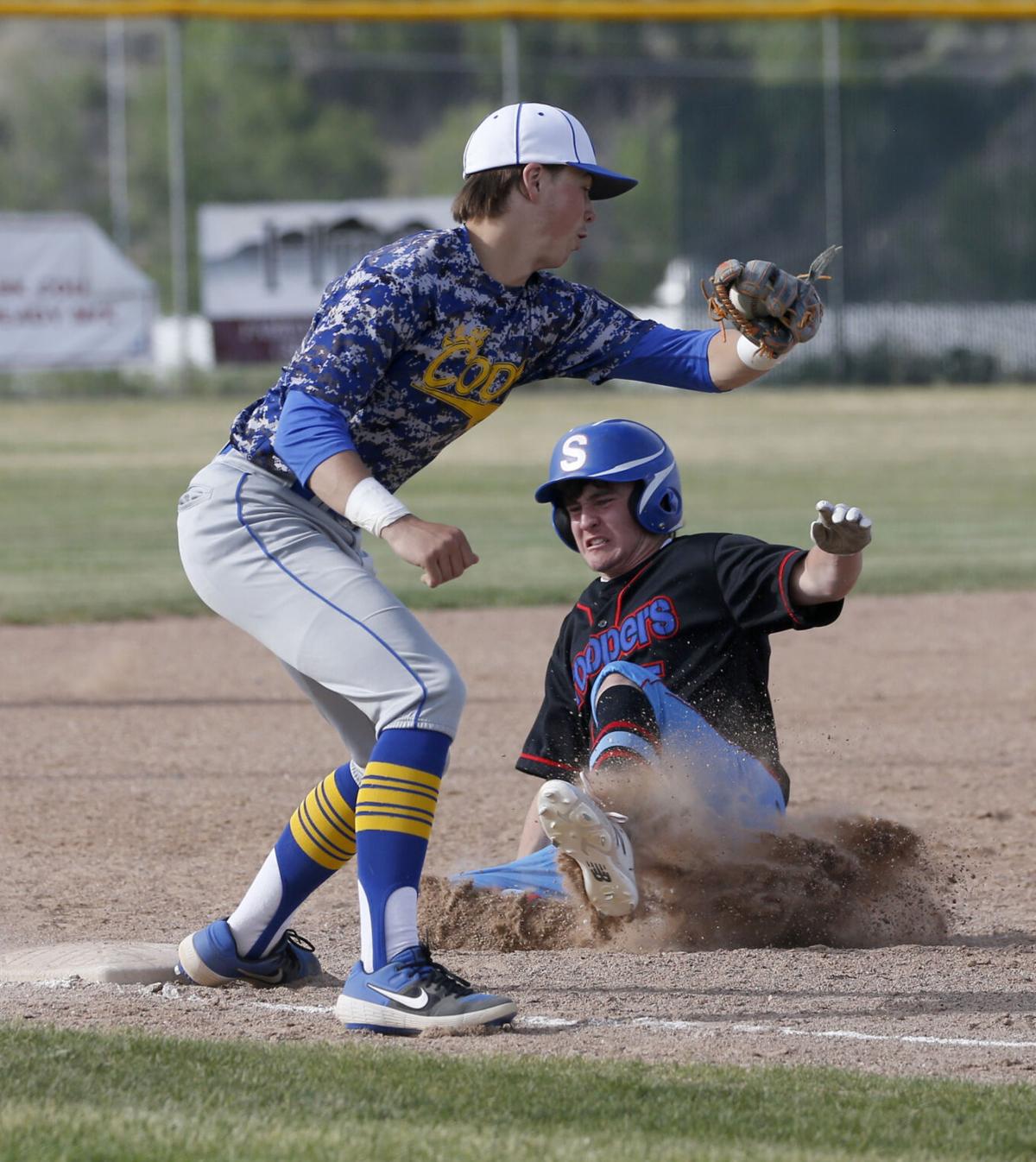 Jack Schroeder tries to tag out a Sheridan player stealing third base. 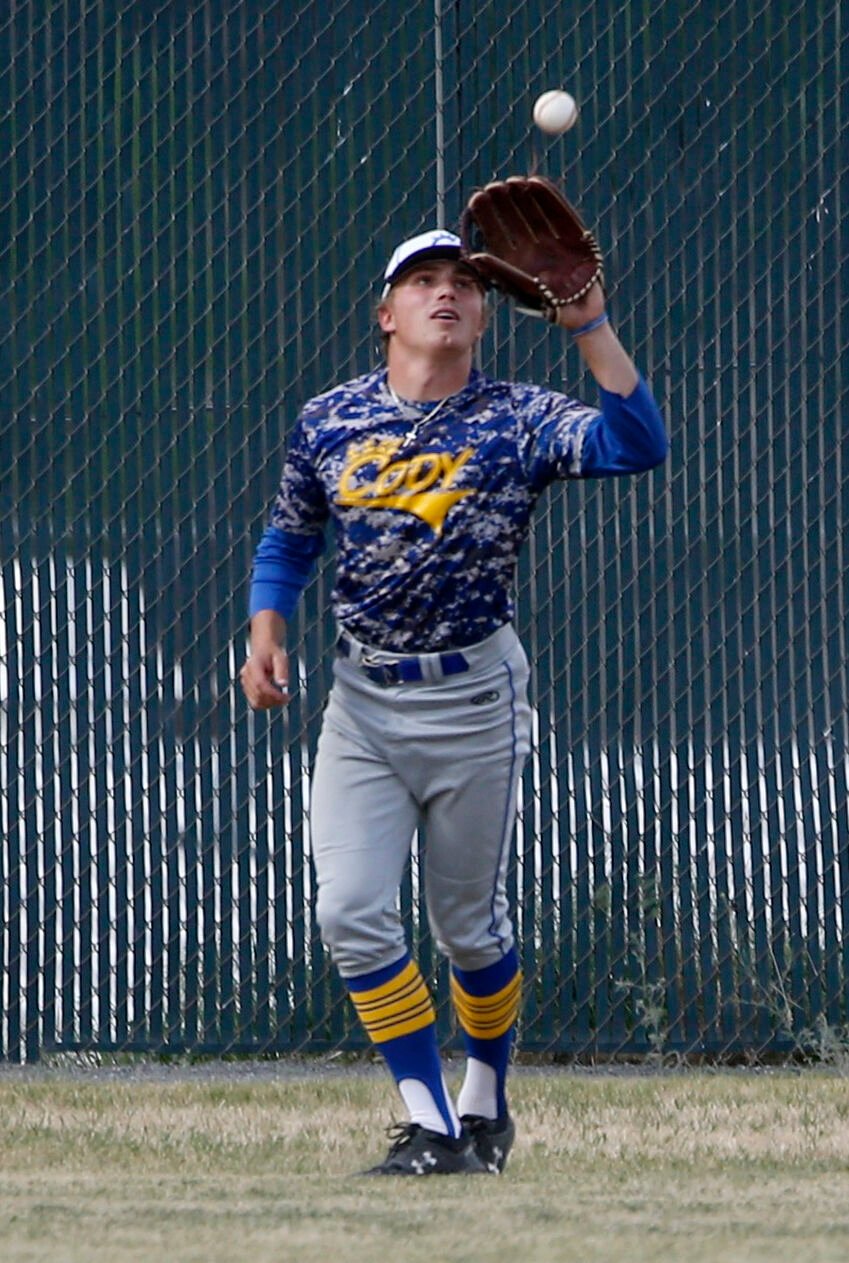 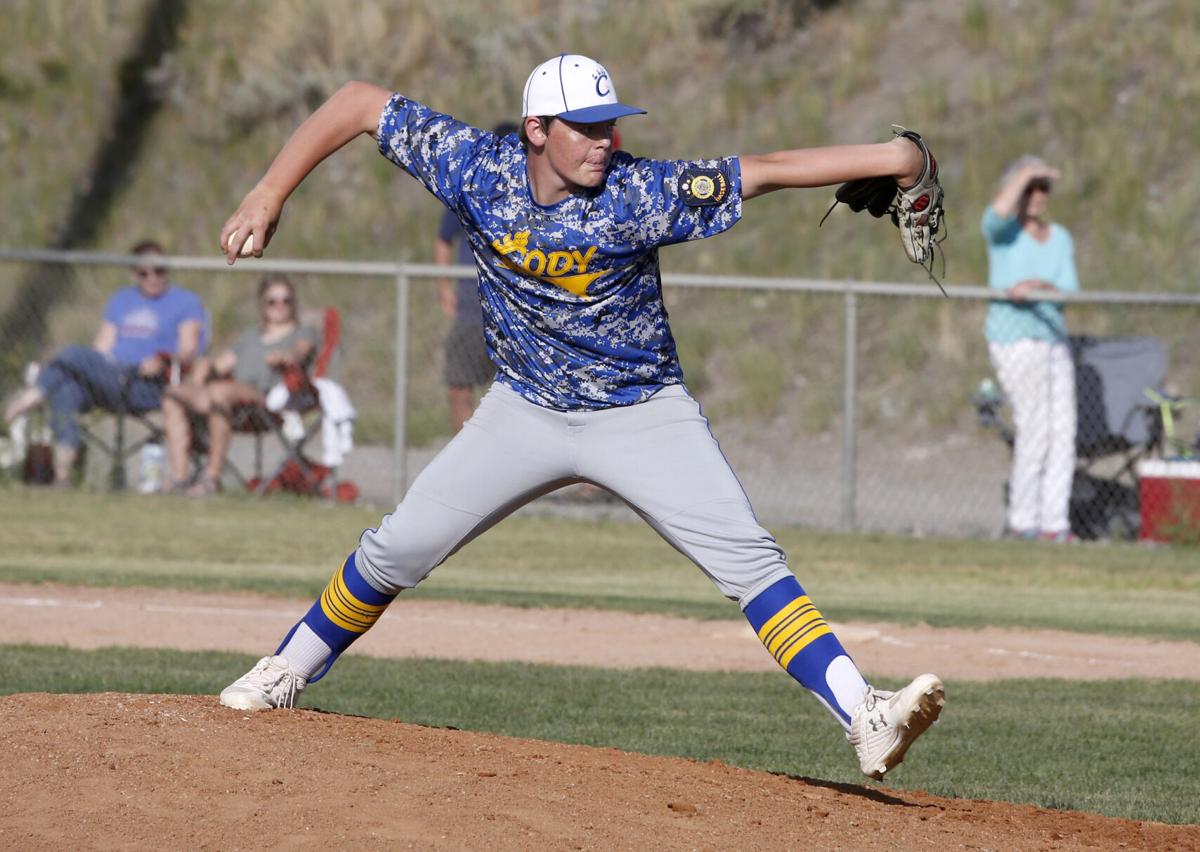 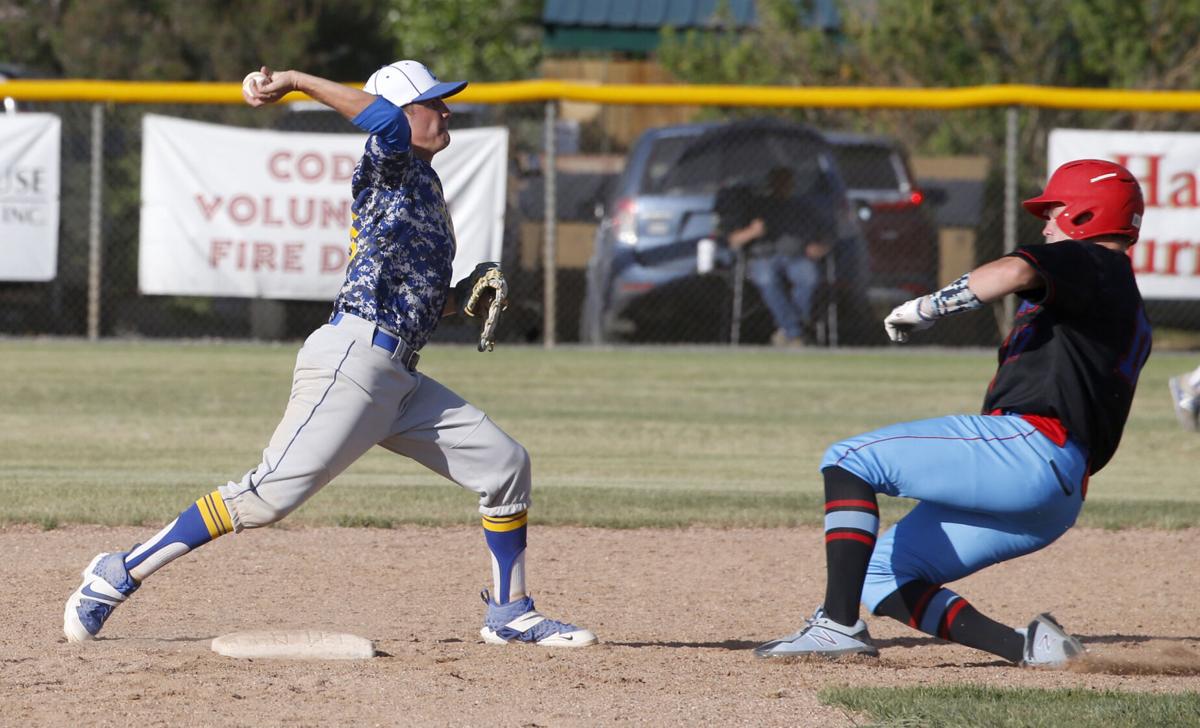 Hayden Bronnenberg gets and out at first as a Sheridan player dives back to the base to tag up.

Cody Phillips slides into third base.

Jack Schroeder tries to tag out a Sheridan player stealing third base.

In just its second doubleheader of the season, the Cody Legion baseball team was swept by the AA Sheridan Troopers, but showed signs of improvement from its first outing earlier in the week.

Sheridan scored nine runs in the fourth to put the first game out of reach for the Cubs.

“Sheridan is a quality team,” Grenz said. “We had a couple hiccups in there and they took advantage and put a lot of runs on the board.”

The Troopers capitalized on three walks in the first inning and scored one run on a wild pitch, but Cody tied the game in the third after back-to-back doubles by Max Williams and Cody Phillips.

Things fell apart in the fourth as Sheridan hit six singles, and a double to plate nine runs and go up 10-1.

The Troopers went down in order in the fifth, which included a huge catch by Jared Grenz as he climbed the fence to make the grab.

In the bottom of the inning, Johnston started with a double, and later scored on a ground out by Engdahl.

Sheridan’s final run came on a sac fly in the sixth.

“I think we did better than our first games,” Schroeder said. “We had a lot more bats on the ball and saw contact.”

Cody held the lead for much of the second game, but Sheridan made a late comeback to win in extra innings.

“Even when we were ahead we knew Sheridan was going to make a run and we didn’t respond with a competitive attitude,” coach Grenz said.

Cody scored two in the second to take the early lead. After Tristan Blatt and Jack Schroeder drew back-to-back walks, Blatt eventually scored on a steal and overthrow by Sheridan. Schroeder came in on a ground out by Hayden Bronnenberg.

The Troopers tied the game in the fourth after a double, two singles and a fielder’s choice.

The lead held until the seventh, when Sheridan pushed a run across on a fielder’s choice to tie the game. Cody Phillips hit a triple to right in the bottom of the frame but couldn’t score and the game moved to extra innings.

“We just had a few mistakes and let them back in the game,” Schroeder said.

Sheridan took a 4-3 lead in the eighth on a walk, hit batter and sac fly. Cody went down in order in the bottom of the frame.

Schroeder started the game on the mound, going 5 innings and giving up 2 runs on six hits. Bronnenberg went 1 2/3 innings and allowed 1 run on three hits. Blatt took the loss, giving up one run on no hits through 1 1/3 innings.

“I felt confident and was feeling good (on the mound),” Schroeder said. “