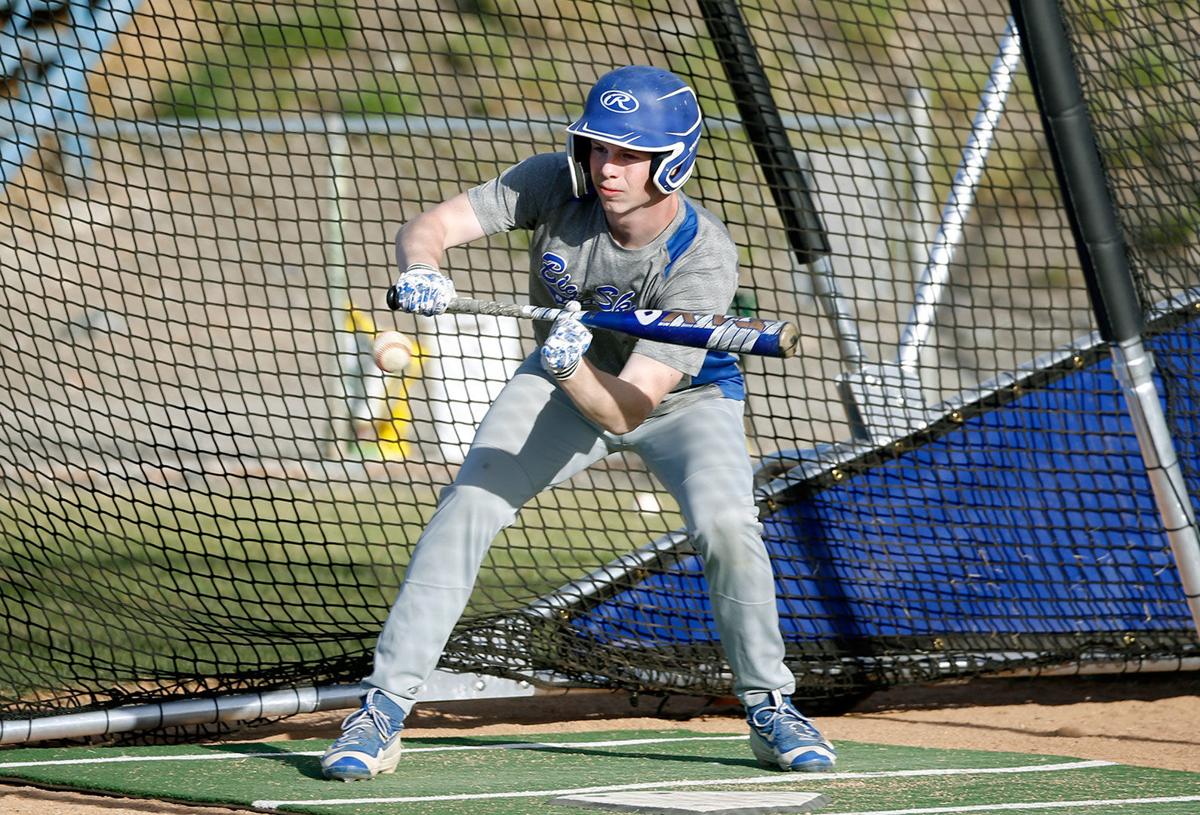 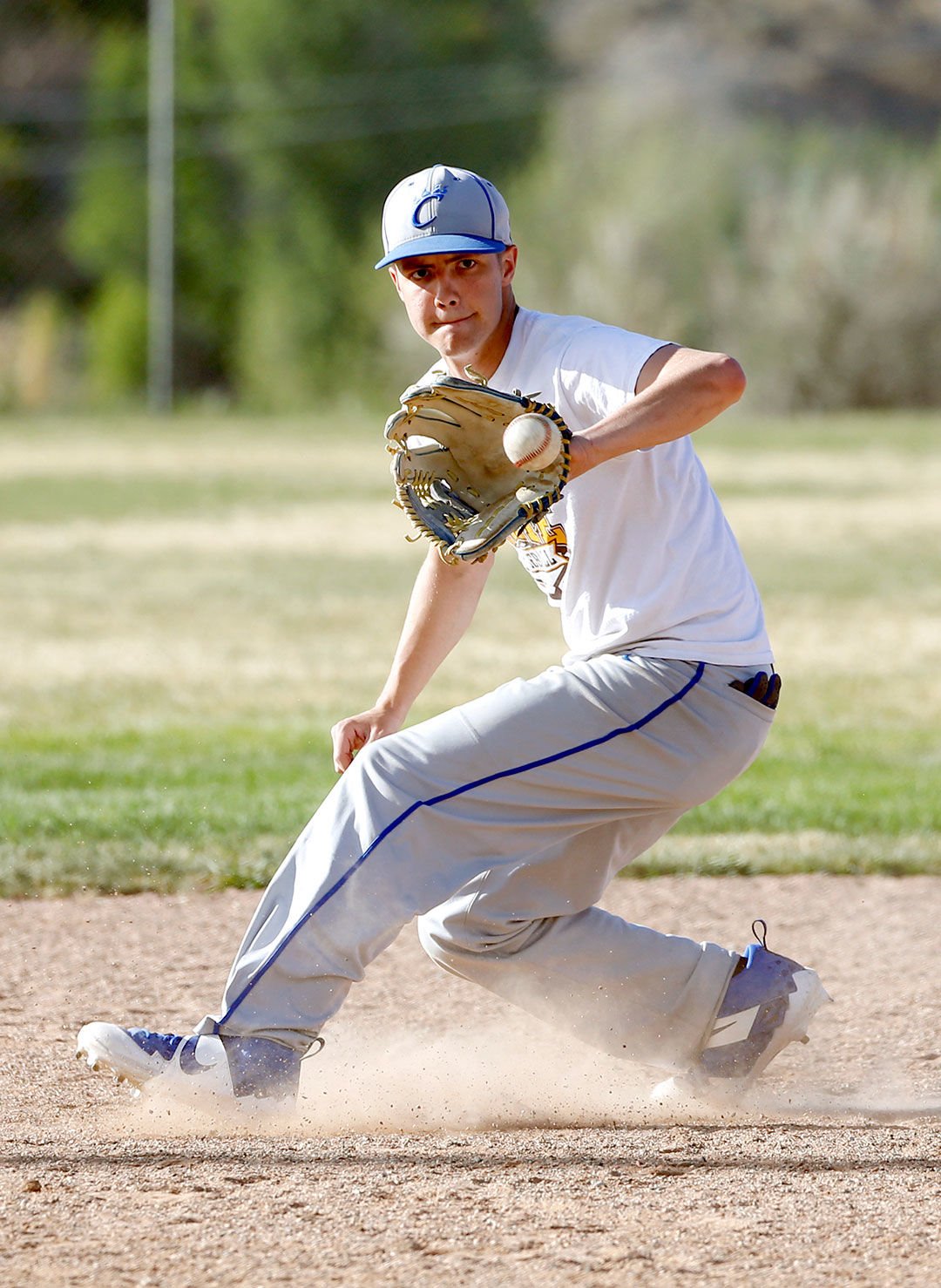 Ethan Johnston makes a backhand stop during a fielding drill.

Ethan Johnston makes a backhand stop during a fielding drill.

Winning is a big focus in any sport, and while the Cody Legion baseball team hopes to continue to do so this season, the Cubs are also just enjoying being out on the field again playing the sport they love.

The season, which normally begins in April, was put on hold due to the COVID-19 pandemic. But as things have begun opening up in recent weeks baseball was given the go-ahead to start.

“After they cancelled spring sports I thought for sure there was no way we’d have a season,” Tristan Blatt said. “It’s a funky deal, but it’s good we get to have a season. I hope we have fun and make it a good year, the best we can.”

On May 4 the team was able to have small group practices of eight players, which the Cubs had mixed reactions too.

“I enjoyed it because we were able to focus more and work on fundamental skills,” Jared Grenz said.

“It was weird but we got all our reps in,” Blatt said.

They were finally able to practice as a whole team beginning May 15.

“It’s been good to see the guys again,” Blatt said.

Coach Bart Grenz agreed, “It’s great we were able to start practice and get this group back together. I’m impressed with how quickly things have come together.”

Thirty players are out between the A, B and C squads with 11 on the A roster.

“It’s been going really well,” Jared Grenz said of practice. “Everyone has a lot of skill and our biggest strength is the experience of all the players. We’ve played together a long time and know what to expect.”

“It’s basically the same team as last year and we’re all close and have a lot of experience,” Hayden Bronnenberg said.

Grenz is a four-time All-State and All-District player who also was Player of the Year in 2017 and 2018. He just finished his freshman year at Colorado Mesa where he is on the baseball team.

Blatt is the returning Player of the Year and earned All-State and All-District honors last season.

This year’s senior group of Blatt, Bronnenberg, Johnston and Williams said stepping into a leadership role hasn’t been too difficult.

“We’ve all played together since Little League,” Bronnenberg said. “We were on the 12U championship team so we’ve been together an long time and are close.”

Moving up from the B team are Dominic Phillips and Chance Moss.

“As the year goes on we’ll define roles for each player and where they best fit and will be the most helpful to the team,” coach Grenz said. “There’s a lot of talent and high expectations because the program has been pretty solid and we expect that to continue.”

That sentiment goes for the B and C teams as well.

The B team is being coached by Beau White and Jordan Wasia, while the C group will be led by Conner McLeod and Heston Williams.

“The B and C group of kids have really been working hard,” coach Grenz said. “For us to stay the cream we have to keep getting better as individuals. The younger kids have to show up, work smart and be patient. All to often players want to rush to a higher level before they are ready.”

Parker Shreve, who currently plays baseball at D-II Union University in Jackson, Tenn., is assisting the A team this season and coach Grenz said he’ll be a huge asset for the team. Andy Schroeder is also an assistant and will split time with the A and B squads.

The Cubs’ potent offense looks to continue, but one thing they will need is pitching after losing two of their top hurlers from last season.

“The game starts and ends with pitching and that’s something we’ll have to develop and see how the kids step up and take the ball,” coach Grenz said.

Games won’t start until June so the Cubs have a few weeks to prepare.

“There’s little things we all have to work on – hitting pitching, playing together as a team,” Bronnenberg said. “It’s a mental game early so there’s always a few errors. We’ll need to knock the rust off at the beginning. But our goal is getting better every game, improving every game.”

Cody opens the season Tuesday, June 2 at home against the Billings Cardinals at 5 and 7 p.m.