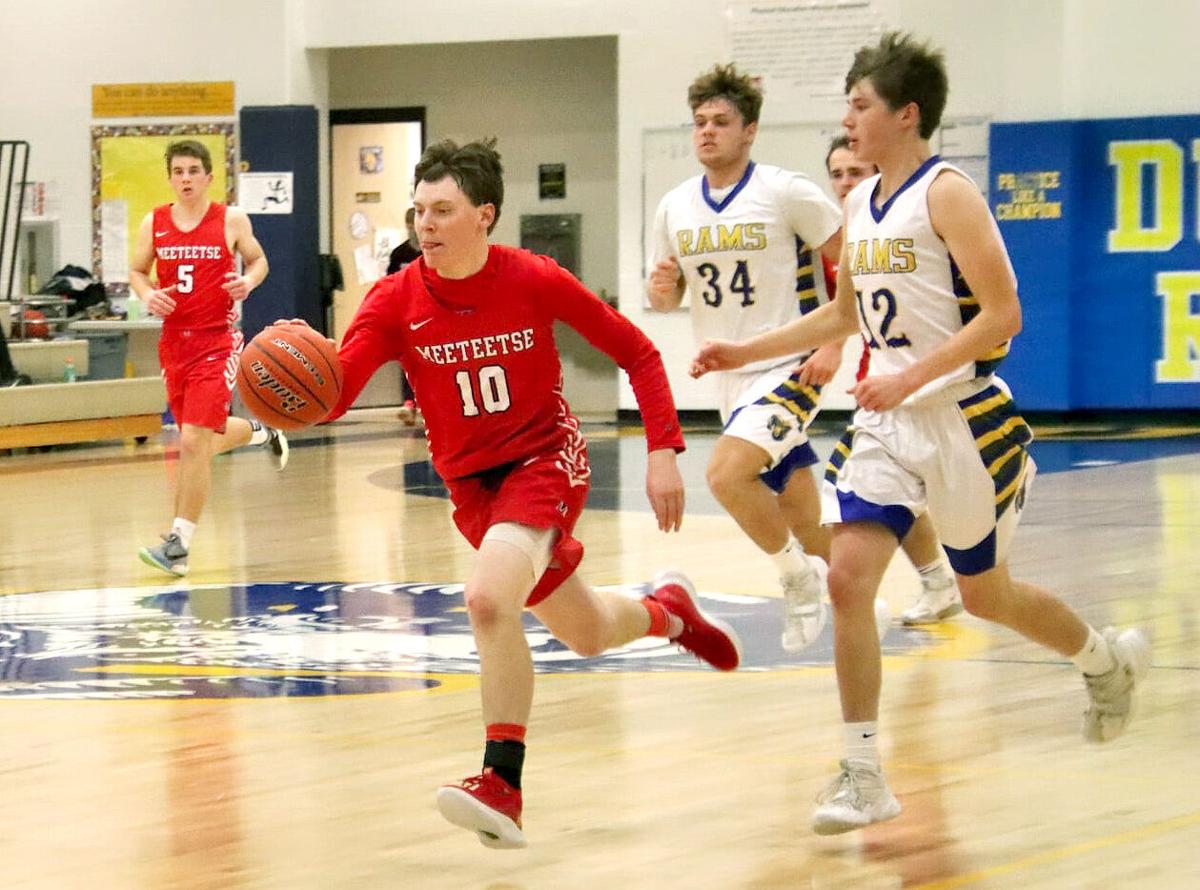 Kalvin Erickson dribbles up the court during Meeteetse’s loss to Dubois on Saturday. (Photo by Angie Erickson) 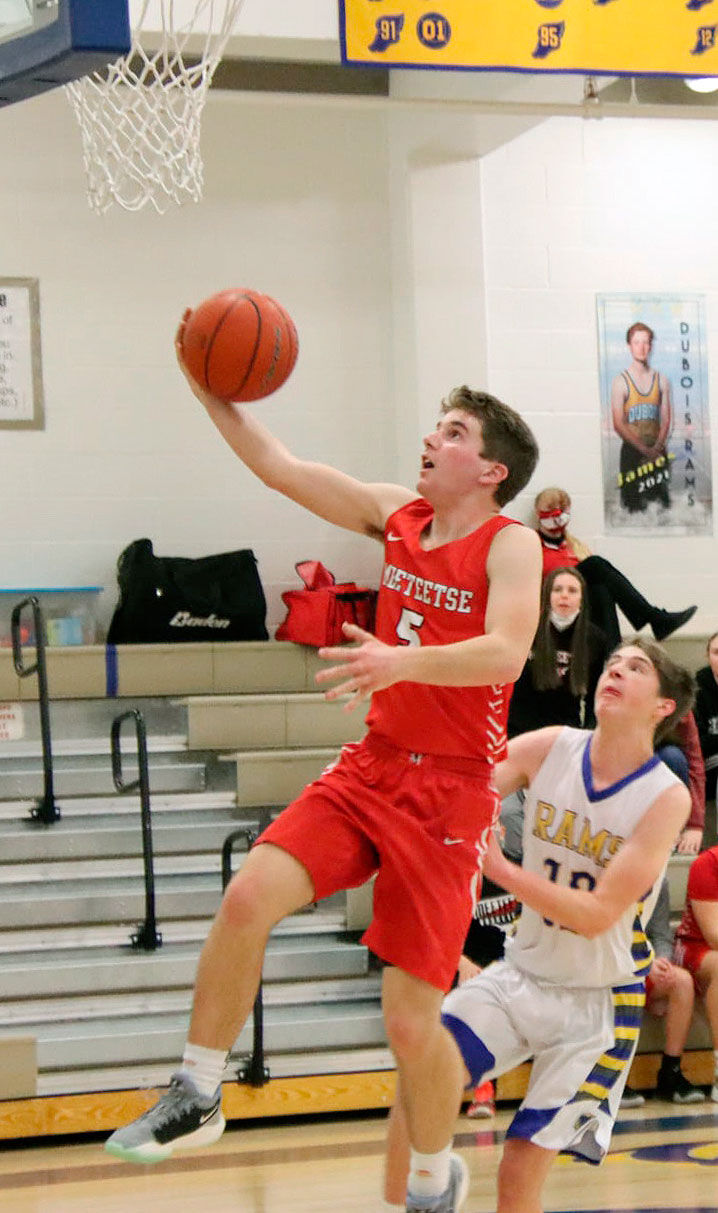 Dale McBride goes up for a layup Saturday in Dubois. (Photo by Angie Erickson)

Kalvin Erickson dribbles up the court during Meeteetse’s loss to Dubois on Saturday. (Photo by Angie Erickson)

Dale McBride goes up for a layup Saturday in Dubois. (Photo by Angie Erickson)

The Meeteetse boys basketball team came up short last weekend in a pair of road games that could be previews for an eventual conference title showdown.

Stretches of sloppiness spelled doom for the Longhorns when they traveled to Burlington on Friday, losing to the Huskies 76-52.

After a strong opening quarter, the Longhorns couldn’t keep the momentum up and started slipping in the second and third quarters. A better fourth quarter was too little, too late for the Longhorns.

“I think we were victims of our own failures,” coach Zeb Hagen said. “We just didn’t take care of the ball, didn’t give the defense the chance to set up early on. We turned the ball over in the open court and that led to a big transition game for them.”

A strong press in the second half forced the Longhorns off their game against the Huskies (5-5, 1-0 conference).

“Coming out of half we had a couple turnovers, which we then all ended up panicking the second half, causing us not to play nearly to the type of team that we are,” junior Dace Bennett said.

Bennett and senior Dale McBride led the way for Meeteetse (2-9, 1-2 conference), with 19 and 22 points respectively in the loss to the Huskies.

In the second game of the weekend, the Longhorns traveled to Dubois to take on the Rams and fell on the road, 71-56.

A tight game in the first half unraveled in the second. The Rams (3-3, 2-0 conference) were able to pick, poke and prod their way to a double-digit victory.

“In the second half, we came out and kind of went away from some of the things we were doing offensively and Dubois was able to take advantage of that,” Hagen said. “They’ve got a good team, got good scoring weapons and shot really well.”

McBride led the way again for Meeteetse, recording a double-double with 20 points and 10 rebounds. McBride has had another great season scoring the basketball and is averaging 15.6 points per game thus far to go along with 5.9 rebounds.

“[I was] just focusing on going after boards through the game,” McBride said. “I’ve been working on post work in practice with the team and focusing on finishing at the rim.”

After averaging a middling 43.1 points per game in the first half of the season, the Longhorns have averaged 51.6 points over the last five games, which would be good for eighth in the state. Though that hasn’t translated to the win column – the Longhorns are 1-4 in that stretch – Hagen likes what he has seen from his team.

“It’s refreshing to know we still didn’t play up to the standards we set for ourselves but are still able to put some points on the board,” Hagen said.

Bennett says he and his teammates know they have more room for growth.

“Truly, our team knows that we have tons of potential and as long as we focus every game from here on out and take it a game at a time, we know we will be in good shape,” he said.

The Longhorns will get a chance to get back into the win column Thursday night when the 2A Greybull Buffaloes (2-9, 1-2 conference) come to town for a 7 p.m. game. They’ll follow that up when they host Ten Sleep (3-3, 1-2 conference) on Saturday. Tipoff for that game is at 7 p.m.